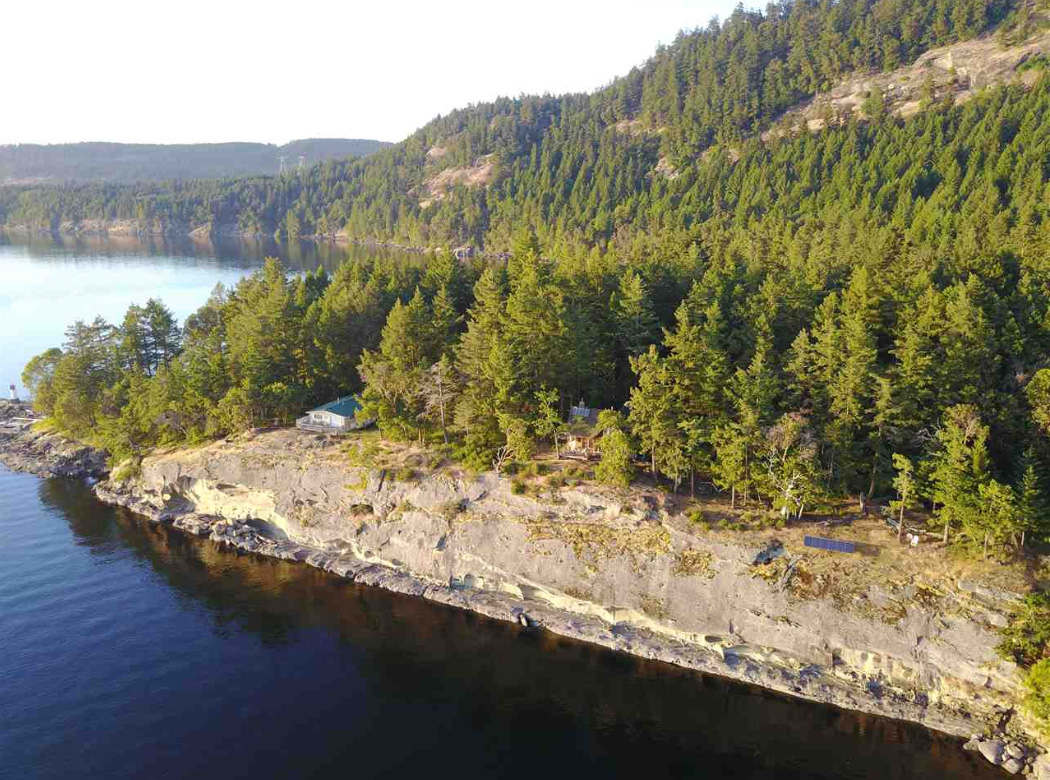 Phillimore Point waterfront property with three-bedroom post and beam cabin, 2 km. from Montague Harbour. Ideal for boaters, this property includes a share in the nearby community dock and over an acre of southwest exposure 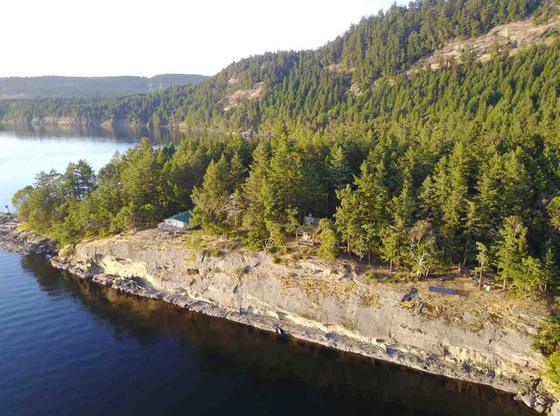 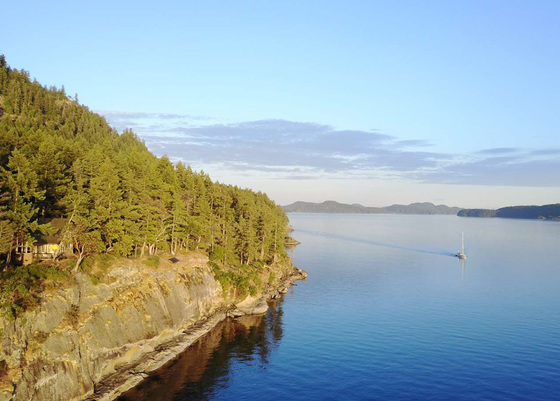 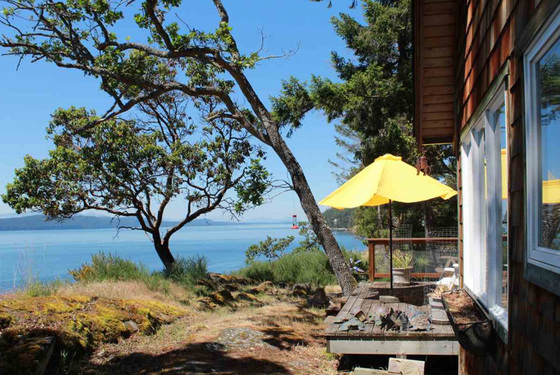 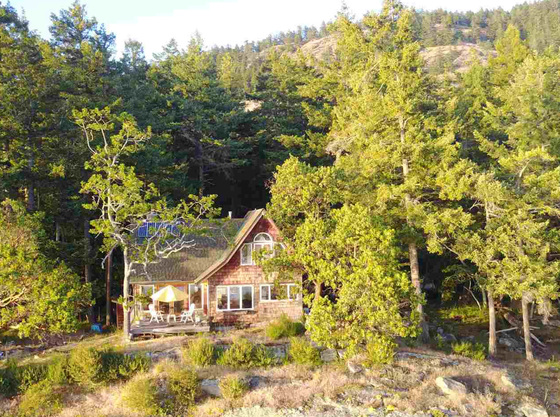 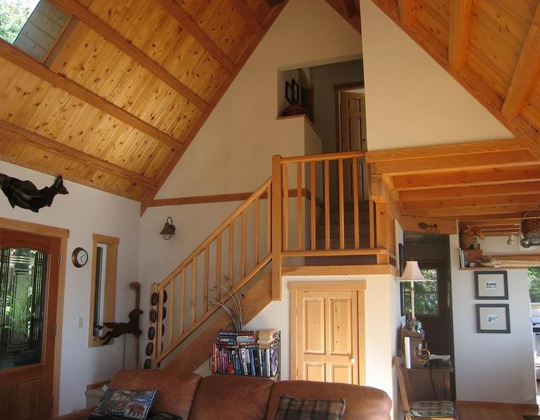 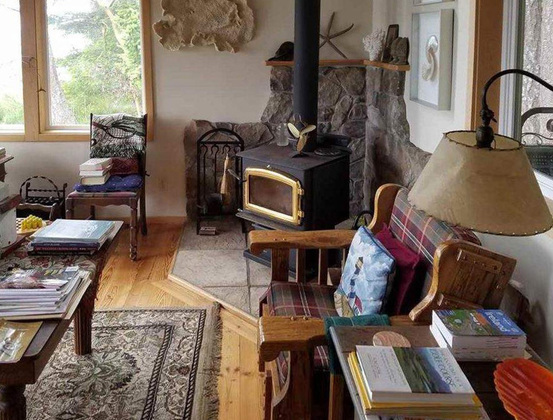 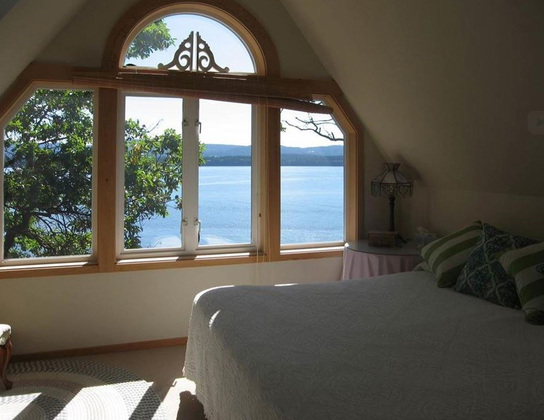 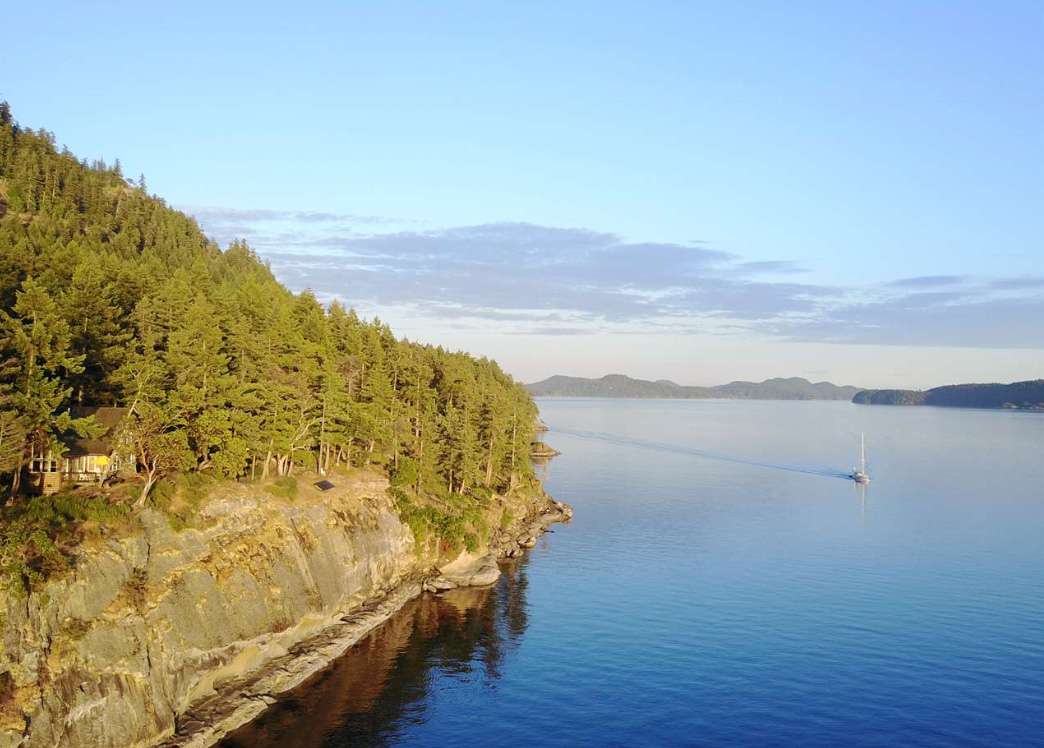 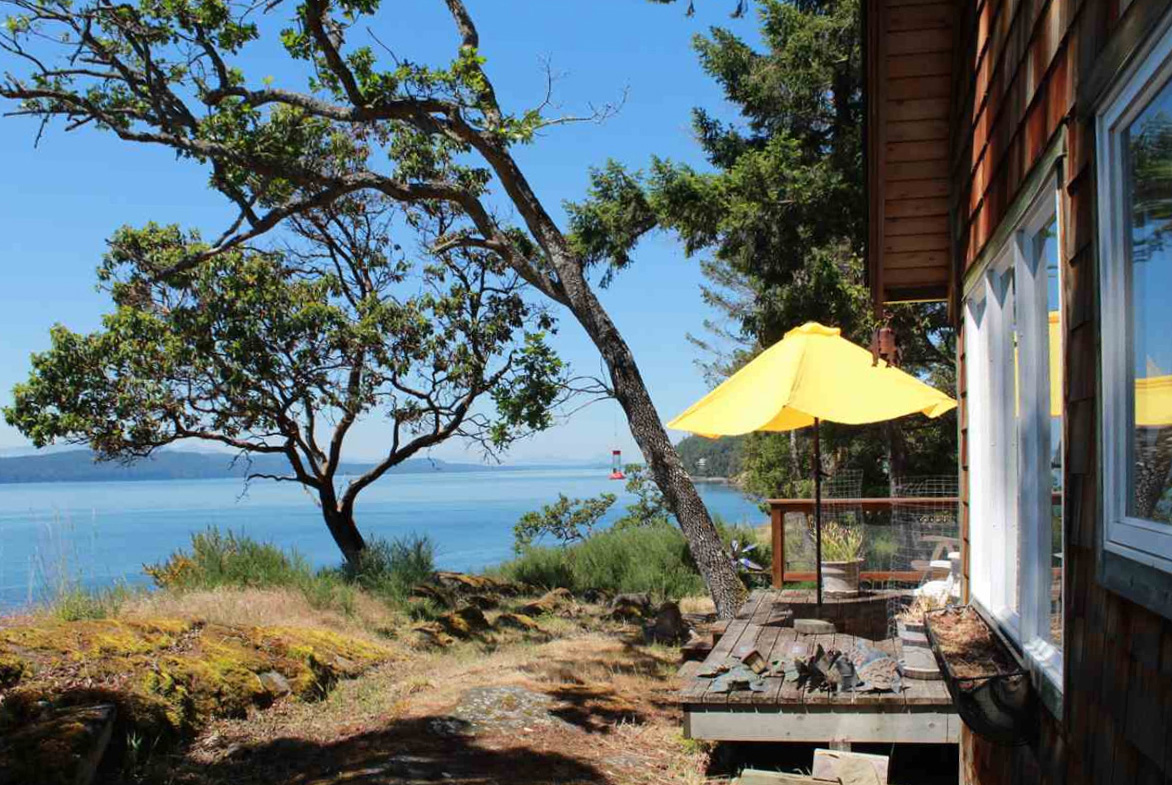 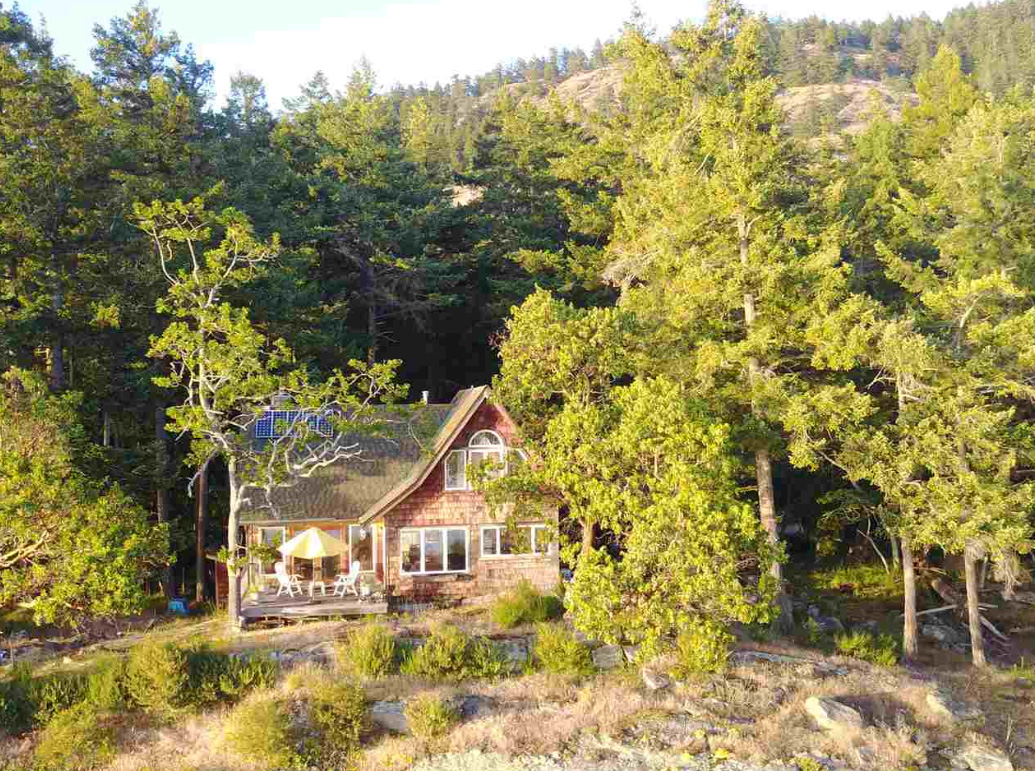 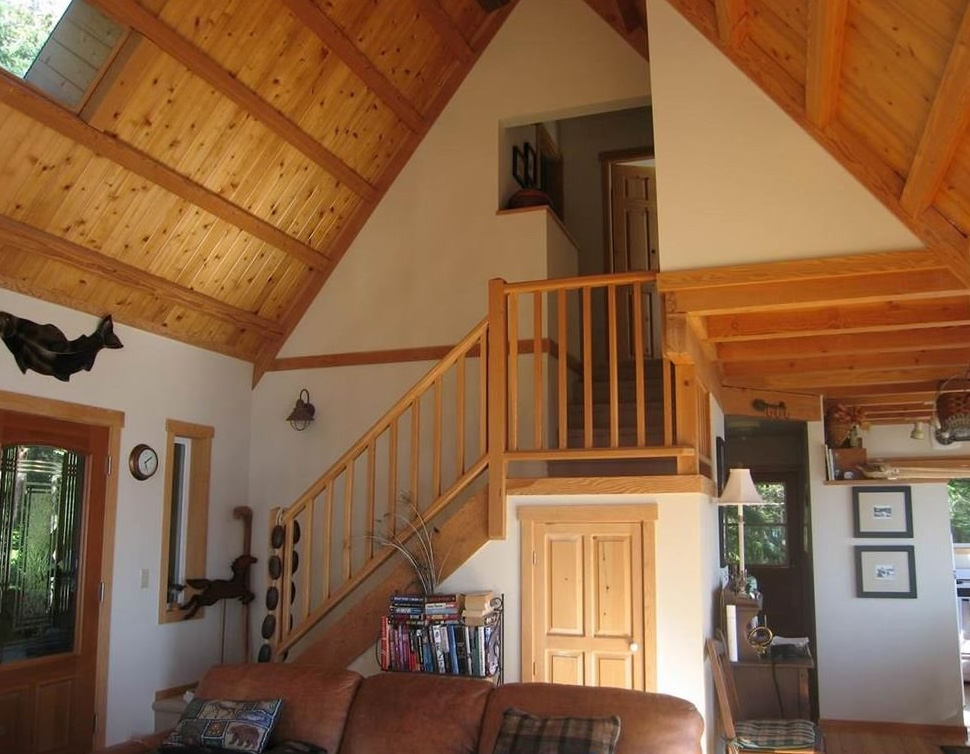 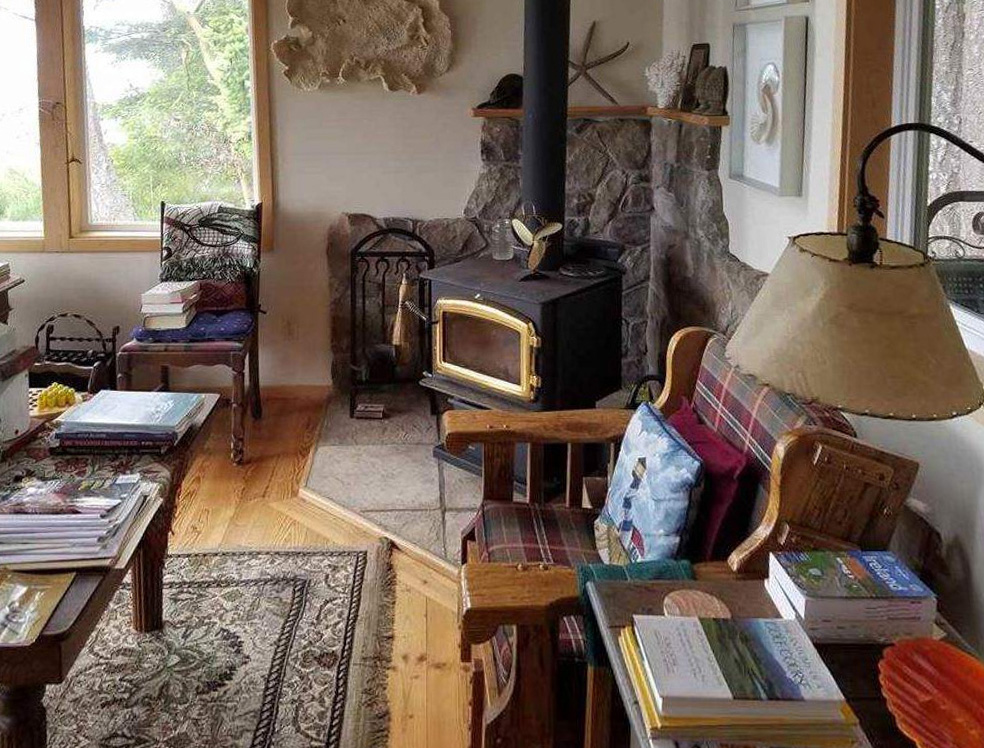 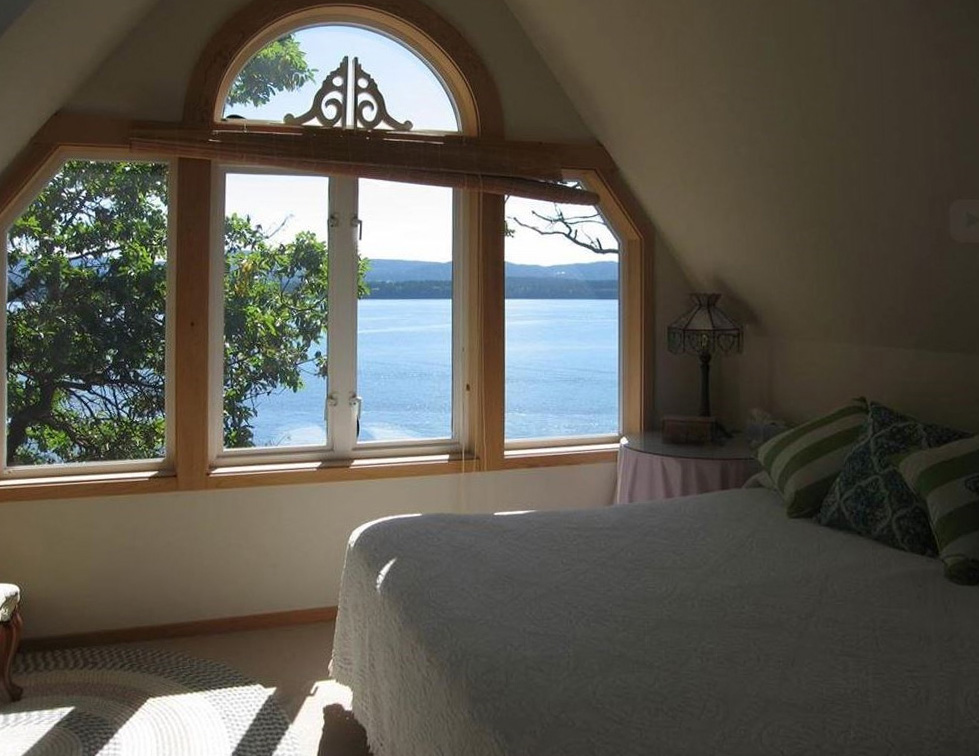 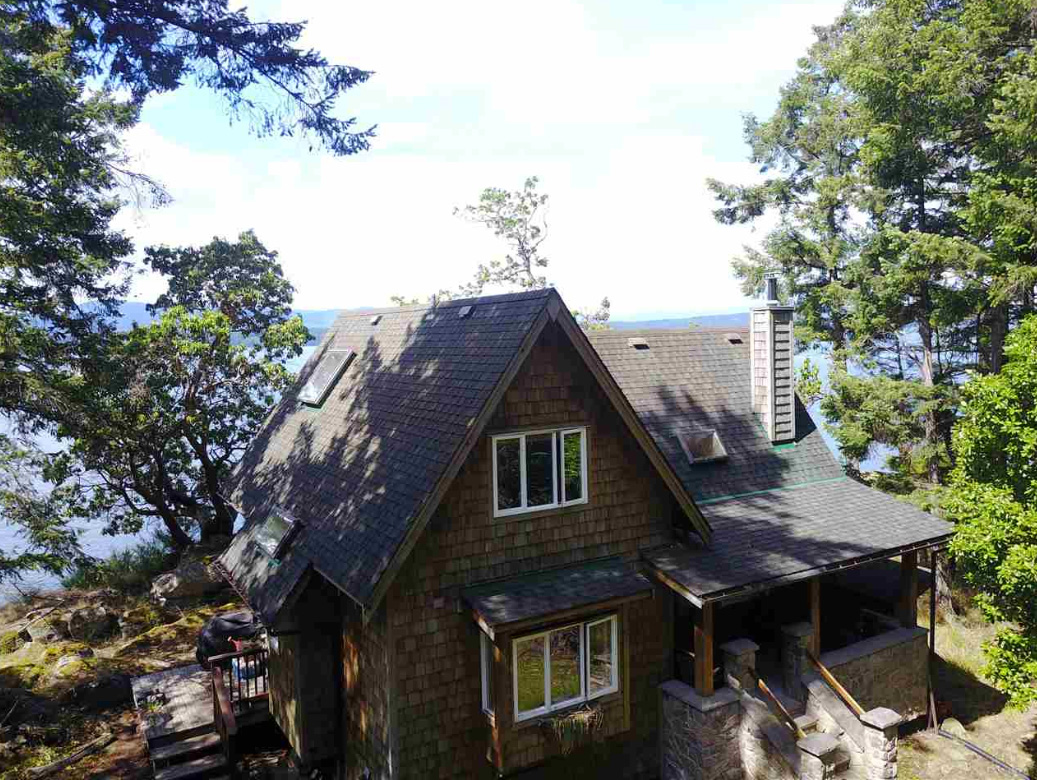 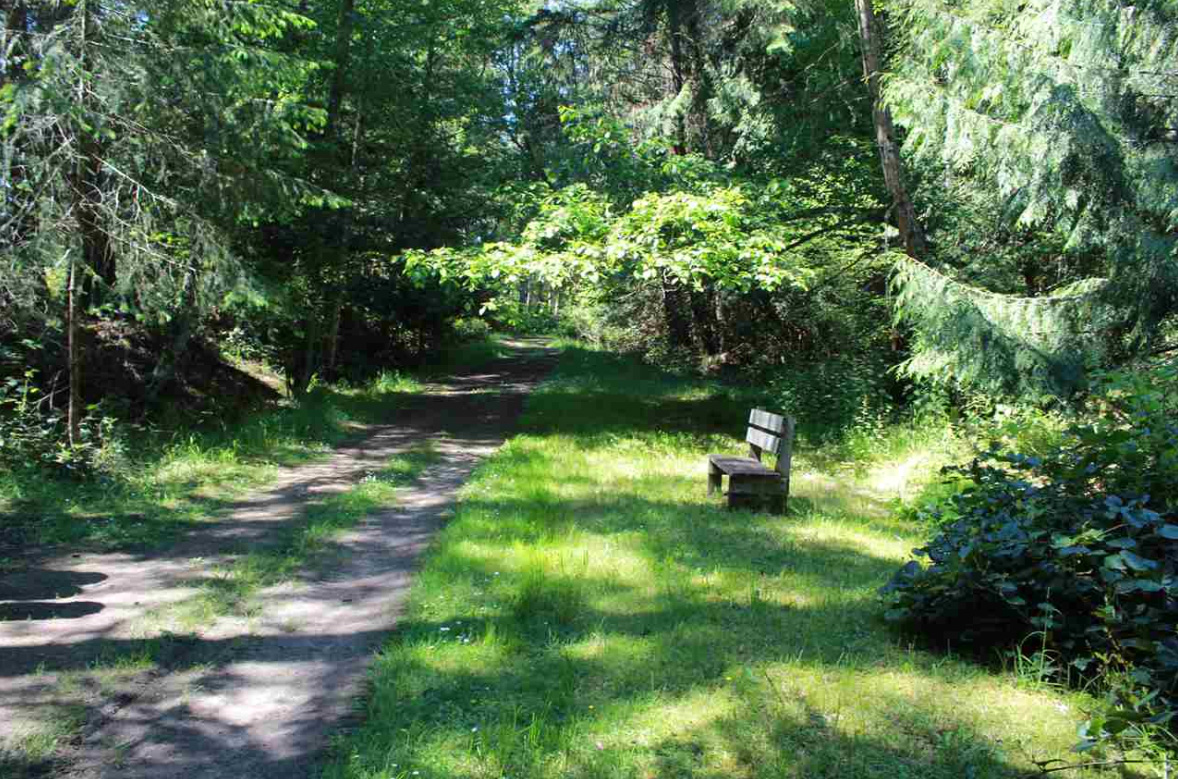 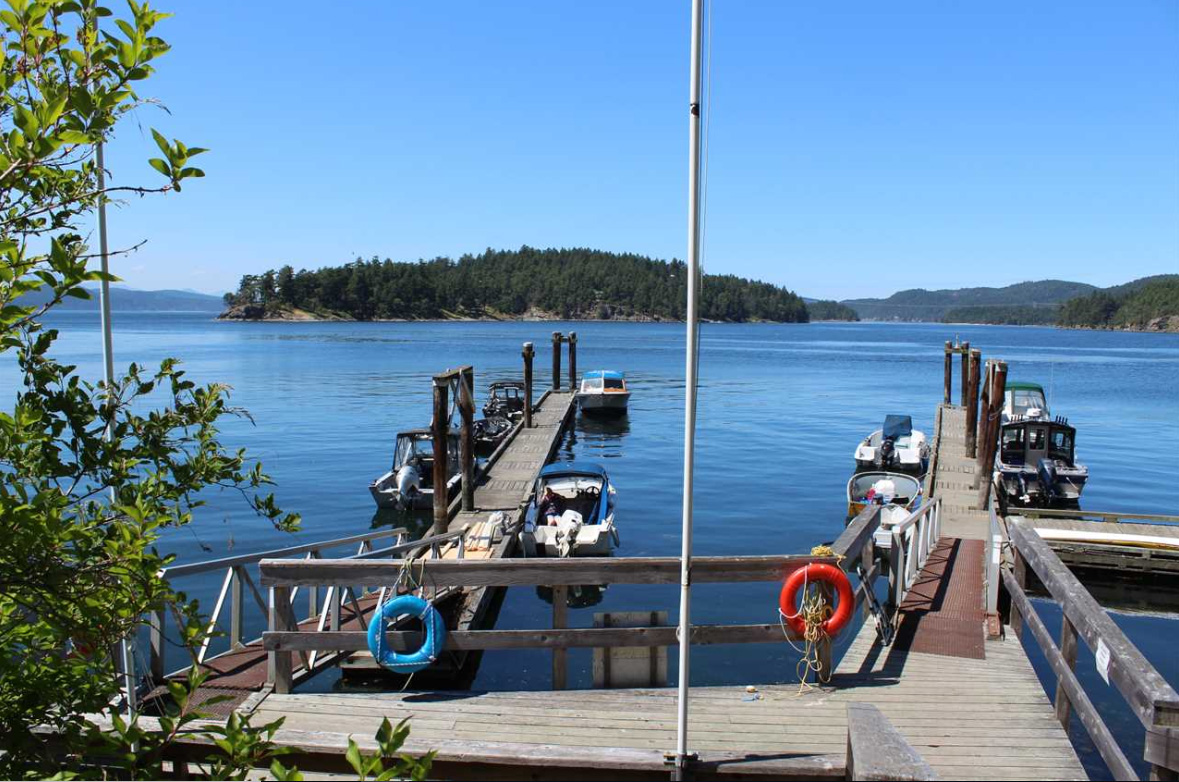 This unique area on the Southwest coast of Galiano was developed to take advantage of the sunny Southern exposure, the great climate, the proximity to salmon fishing hot spots, and Montague Harbor. Phillimore point has a parklike feel to it with a number of swimming beaches within walking distance suited to different tides and times of the day.

The 1.05 acres has 240 ft of medium bank waterfront with 180-degree panoramic views to the west. Orcas are a common site as they transit from the Straight of Georgia and the mouth of the Fraser River through Active Pass to the inside waters off Vancouver Island. During the summer months, there is a steady flow of boats from across the Pacific Northwest heading to Montague Harbor. The property is mostly level with a mixture of meadow and mature fir, arbutus, and Garry oak and gets full sun throughout the day.

The home was originally built in 1999 and has seen light use as a recreational retreat. The post and beam design has vaulted ceilings, fir floors, 3 bedrooms and one full bath at 1,175 ft2. It has modern propane appliances, a Bosch on-demand hot water system, laundry, and a recently upgraded solar system. A John Deer side-by-side ATV and furnishings are included.

Galiano Island is a beautiful wooded island with miles of beaches and hiking trails to explore. There are over 60 public beach accesses on the island. Located on the west side of the Strait of Georgia, it is 27.5 km long, 6 km at its widest point and 1.6 km across at its narrowest point. It is separated from Salt Spring Island by Trincomali Channel. On the western side of the island there are a series of sandstone caves. The island is northwest of Mayne Island, northeast of Salt Spring Island and southeast of Valdes Island. Galiano has a unique fragile environment which is home to over 130 species of birds and many rare and protected plants. Despite being the first stop off the Tsawwassen ferry, Galiano retains an undeveloped, secluded character. The community and its supporters have purchased several areas as ecological reserves including Mt. Galiano and Bodega Ridge, whose rocky bluff is unique in Western Canada. These eco-sensitive areas will be kept as forests in perpetuity by the Galiano community for the enjoyment of all. Kayak the surrounding waters, or discover wildlife sanctuaries and watch killer whales, seals and otters playing offshore. There are many amenities on Galiano including interesting craft galleries and craft shops, one gas station, grocery stores, a pub, a hardware store, restaurants and a few stores at the south end of the island near the ferry terminal at Sturdies Bay. In addition, there are artisans and little treasure spots dotted throughout the island.

There’s literally something here for everyone, whether you’re beachcombing or bird watching, walking or hiking, mountain biking—it’s the perfect place to live or enjoy an adventure vacation. Climb Mount Galiano and see for miles and miles. Enjoy awe-inspiring views of the Coast Mountain Range, Vancouver Island, the Gulf and San Juan Islands, Mount Baker and the Olympic Peninsula in Washington State. The day-use area of Montague Harbor Marine Park offers a wonderful sandy beach. Although not exactly warm, the shallow waters here are bearable for swimming. You can walk along the peninsula until you find another white shell beach of your own. Other swimming areas with beach access are at Georgeson Bay, Cain Bay and Retreat Cove. Active Pass and Porlier Pass offer excellent scuba diving, sports fishing, and kayaking.

Kayaks, boats and mopeds are rented out of Montague Harbour Marina. Of all the southern islands the rugged and spiny Galiano Island has the most well-organized mountain biking trail system. Bluffs Park is the site of some spectacular views and the beginning of a network of trails and roads around Mount Galiano. From Sturdies Bay Road go south on Burrill to Bluff Road, then west from here to the park and beyond. Traveling between the Southern Gulf Islands and Northern Gulf Islands can be accomplished in small hops. Each of these islands is a world unto itself, each with its own history, culture and colorful characters—each island deserves at least a day or two for exploring. 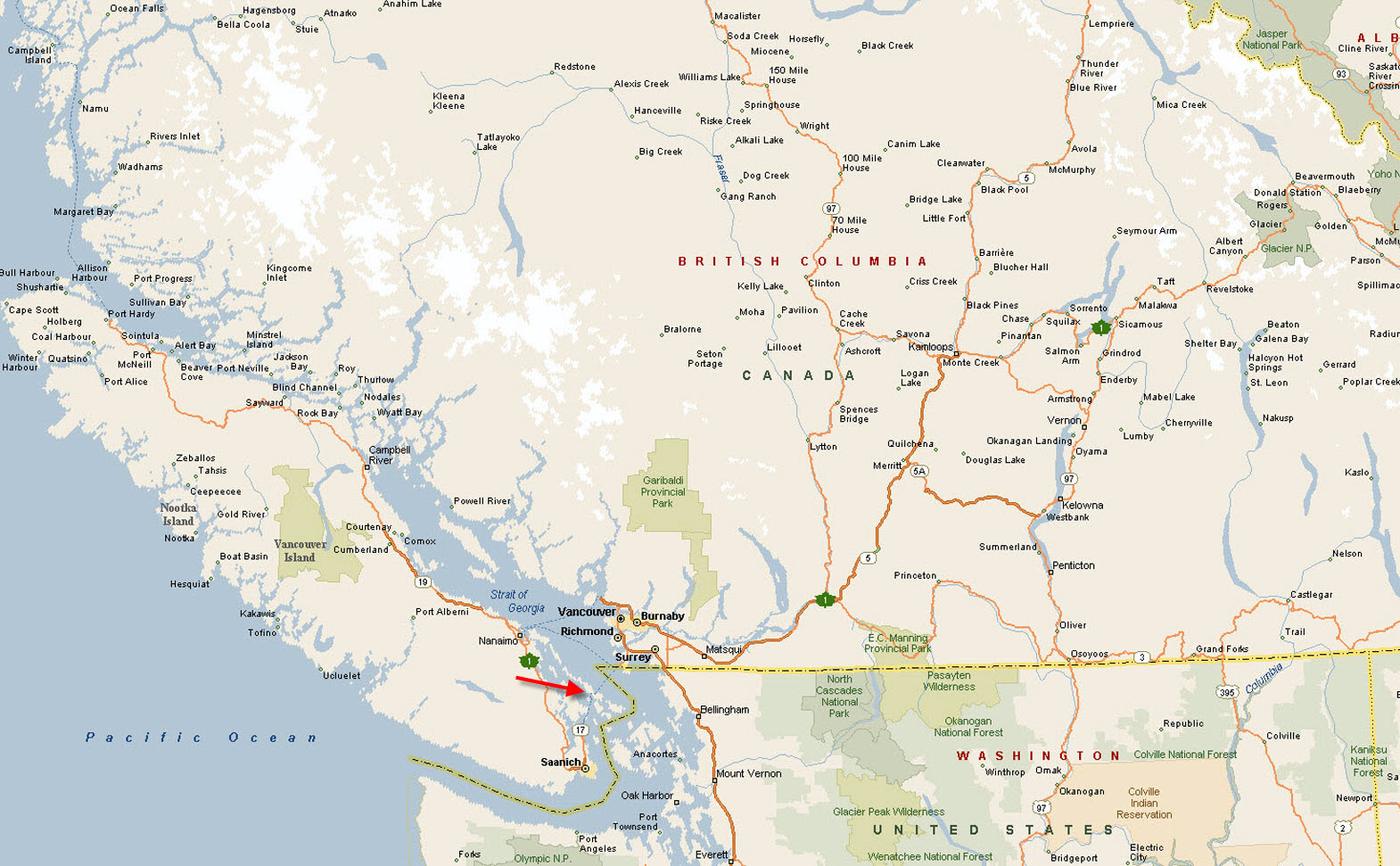 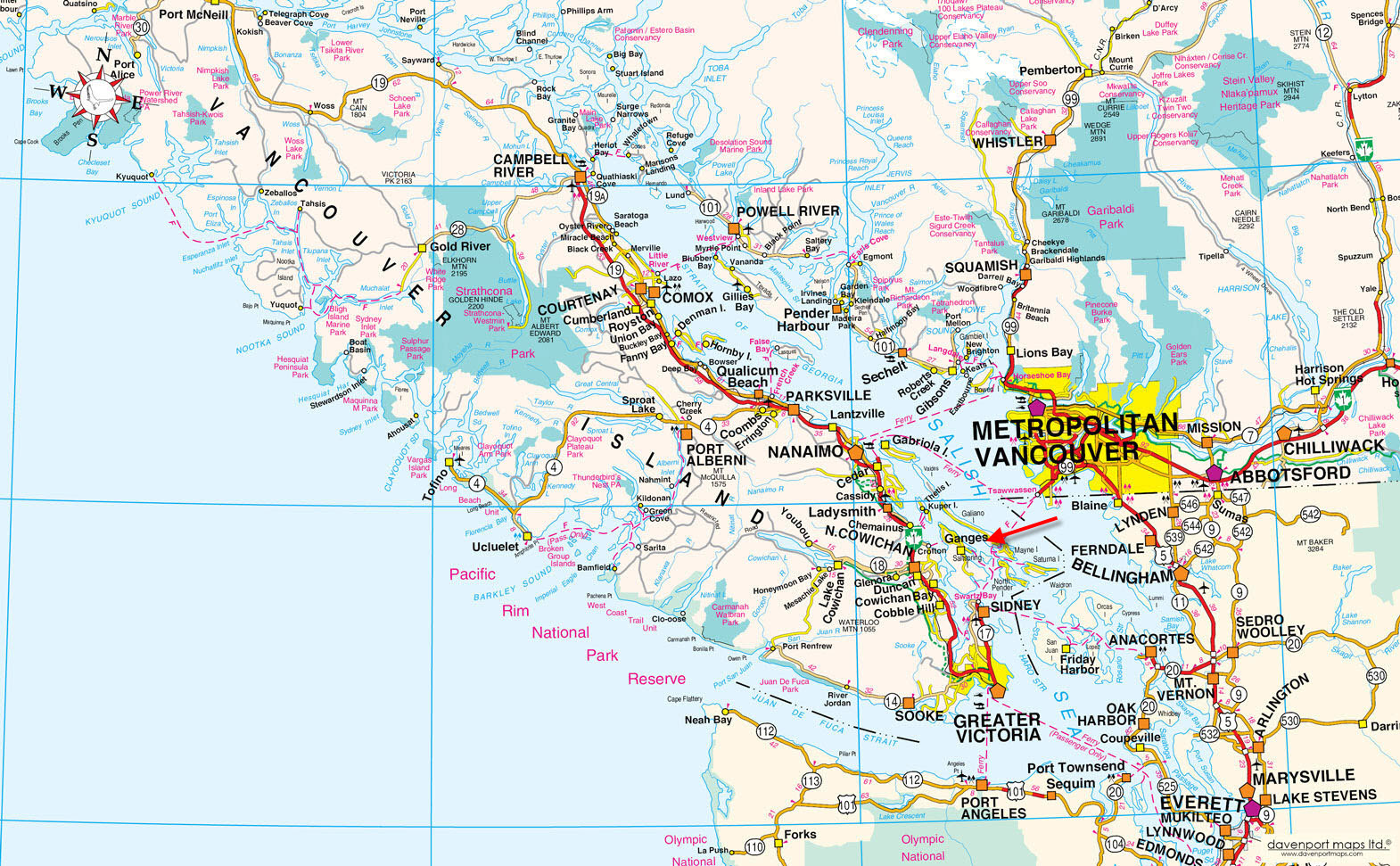 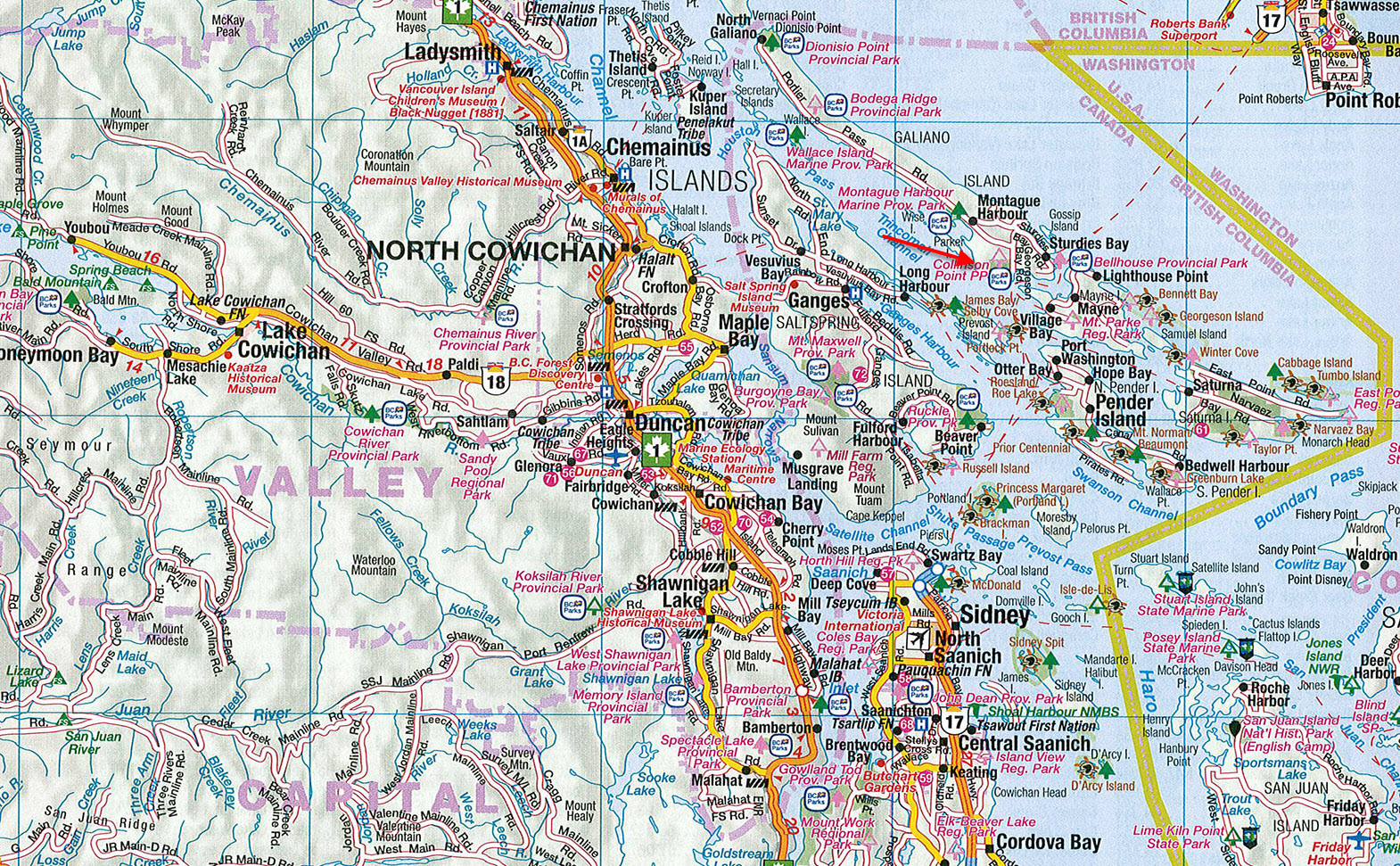 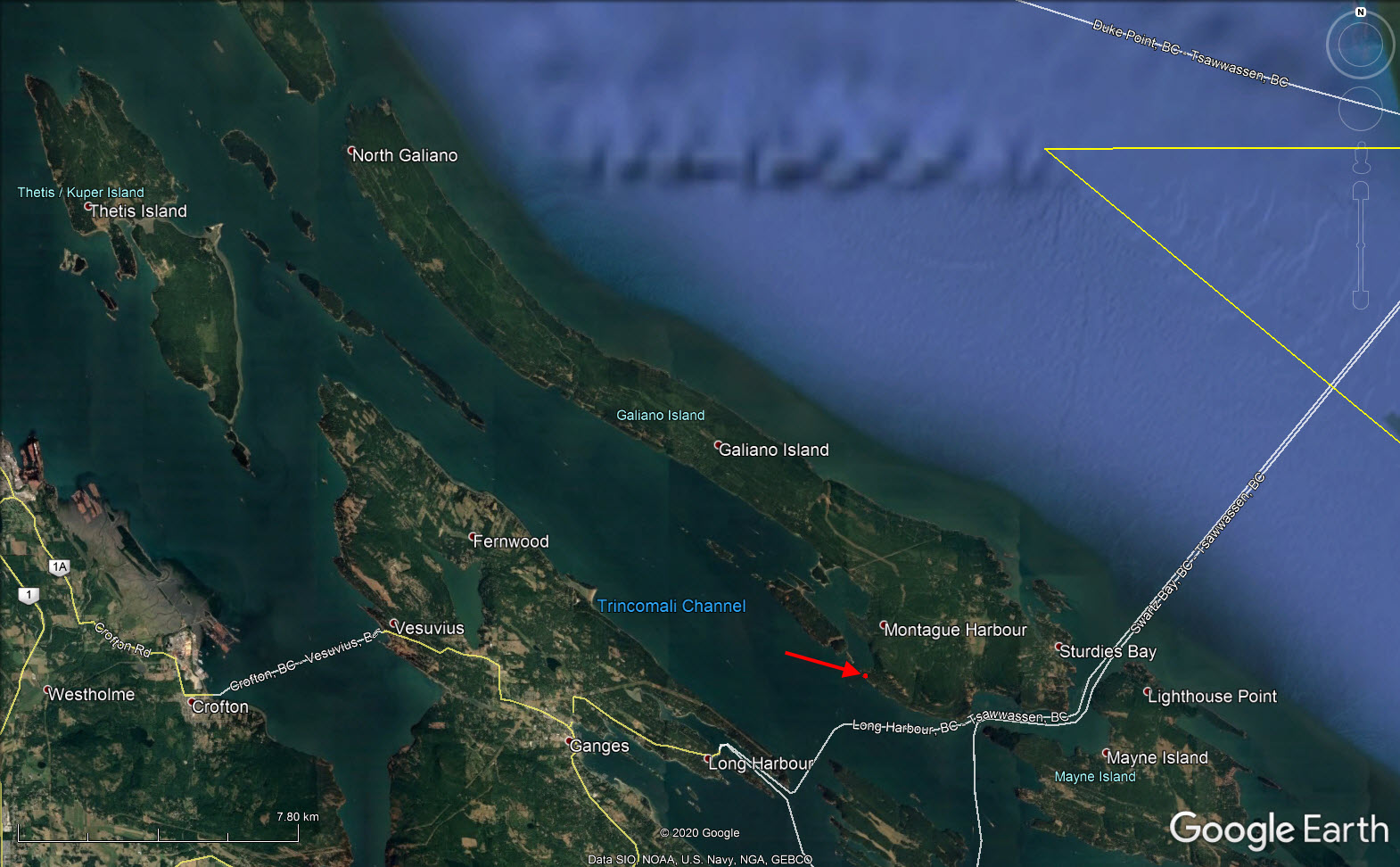 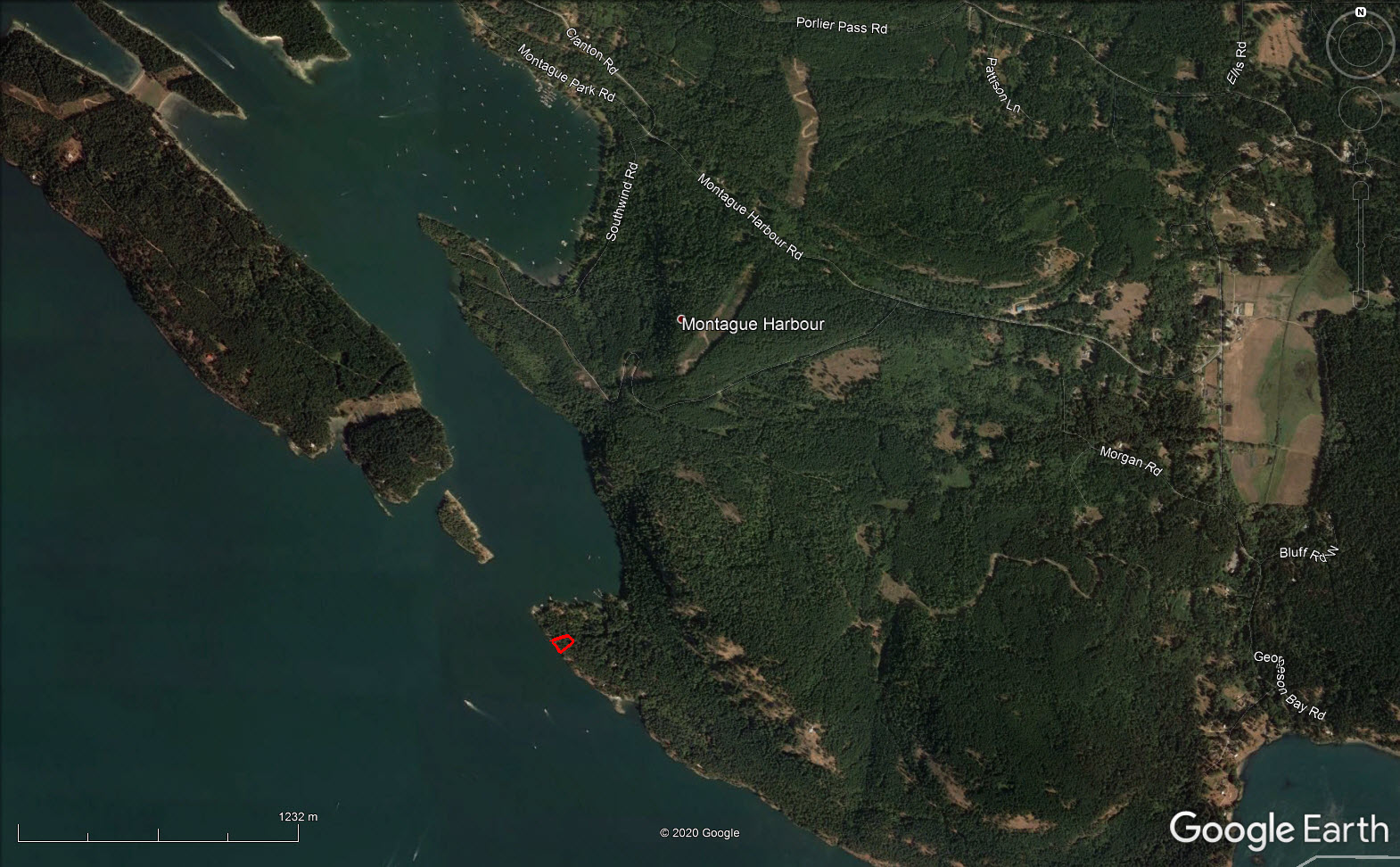 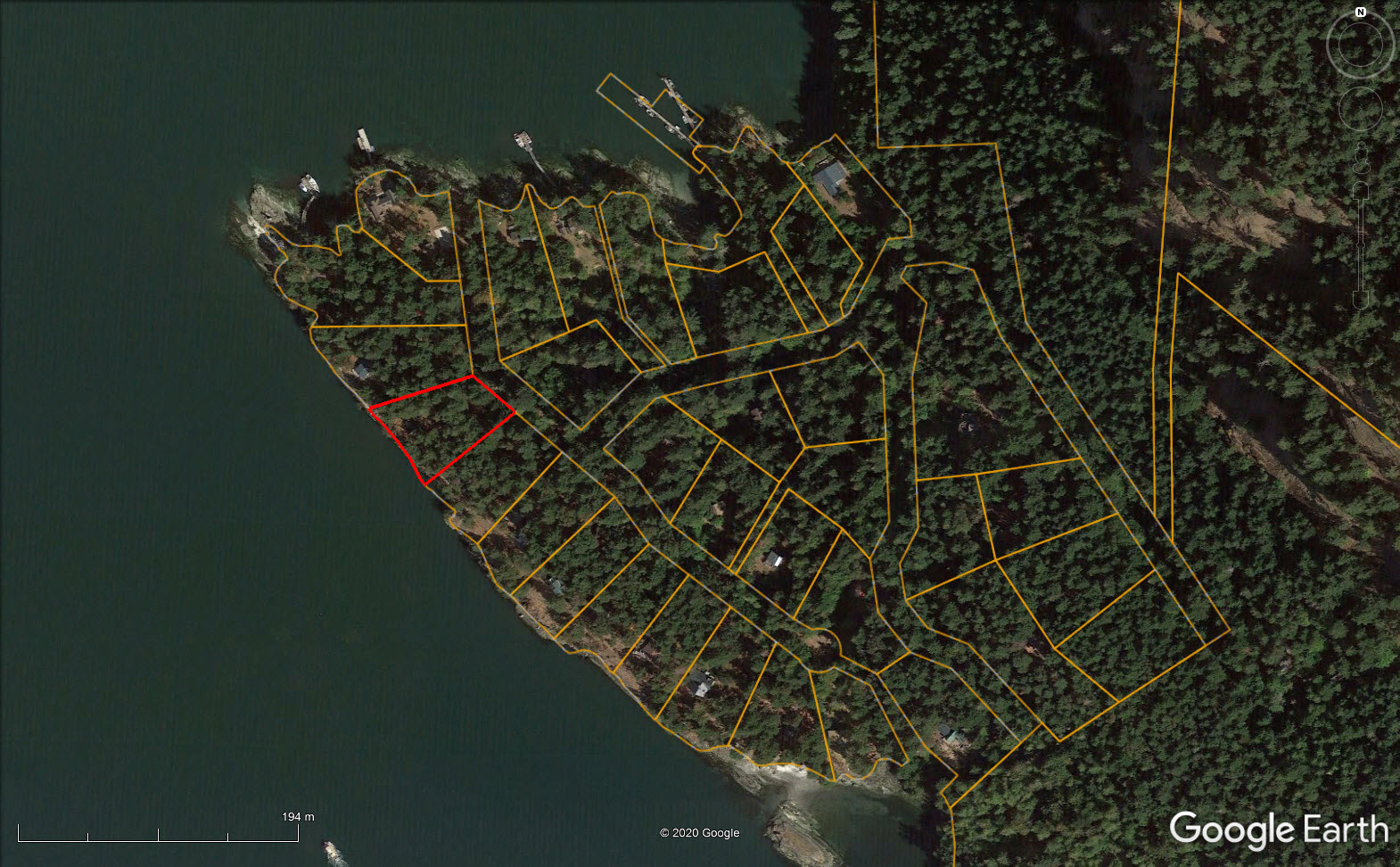 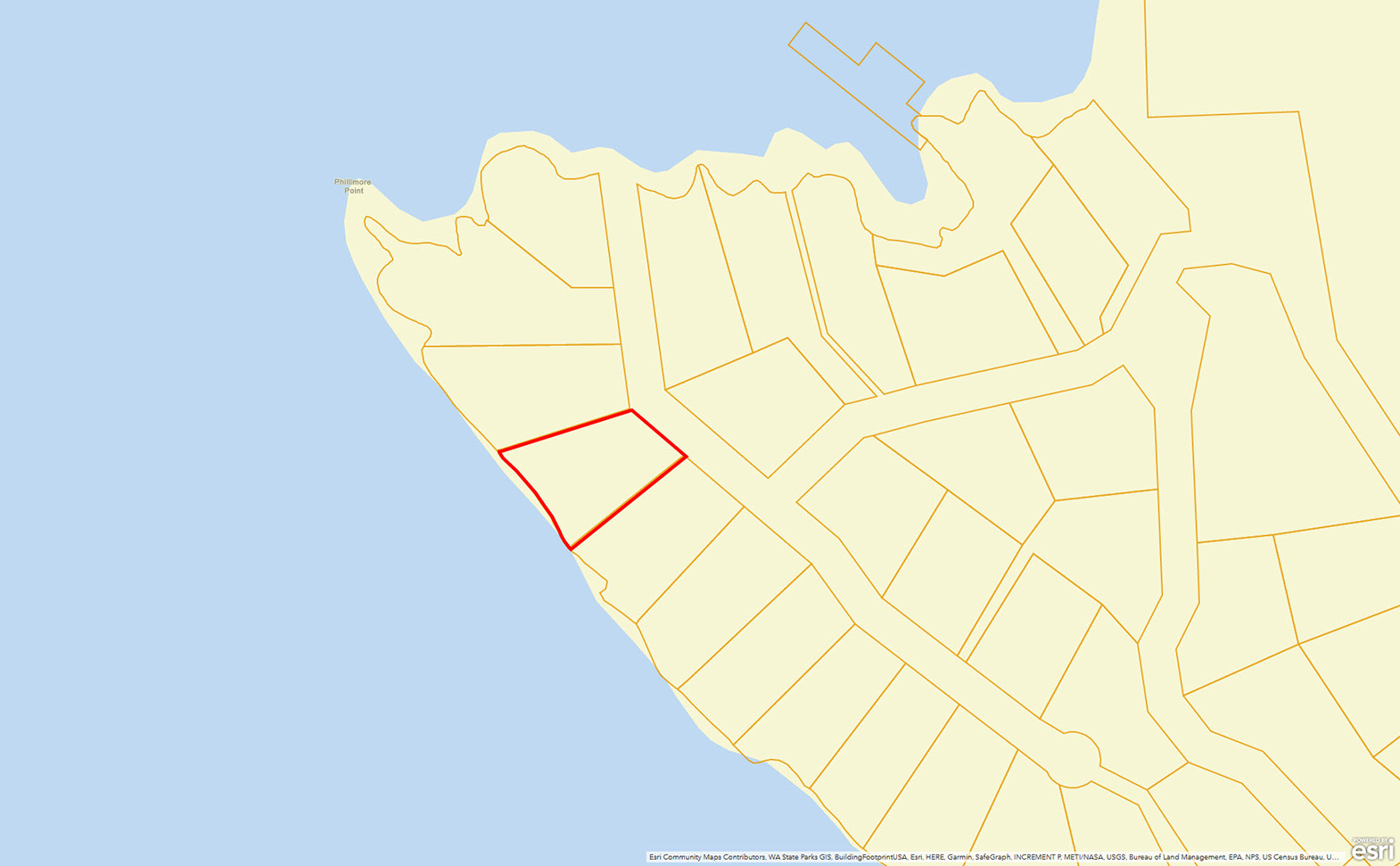 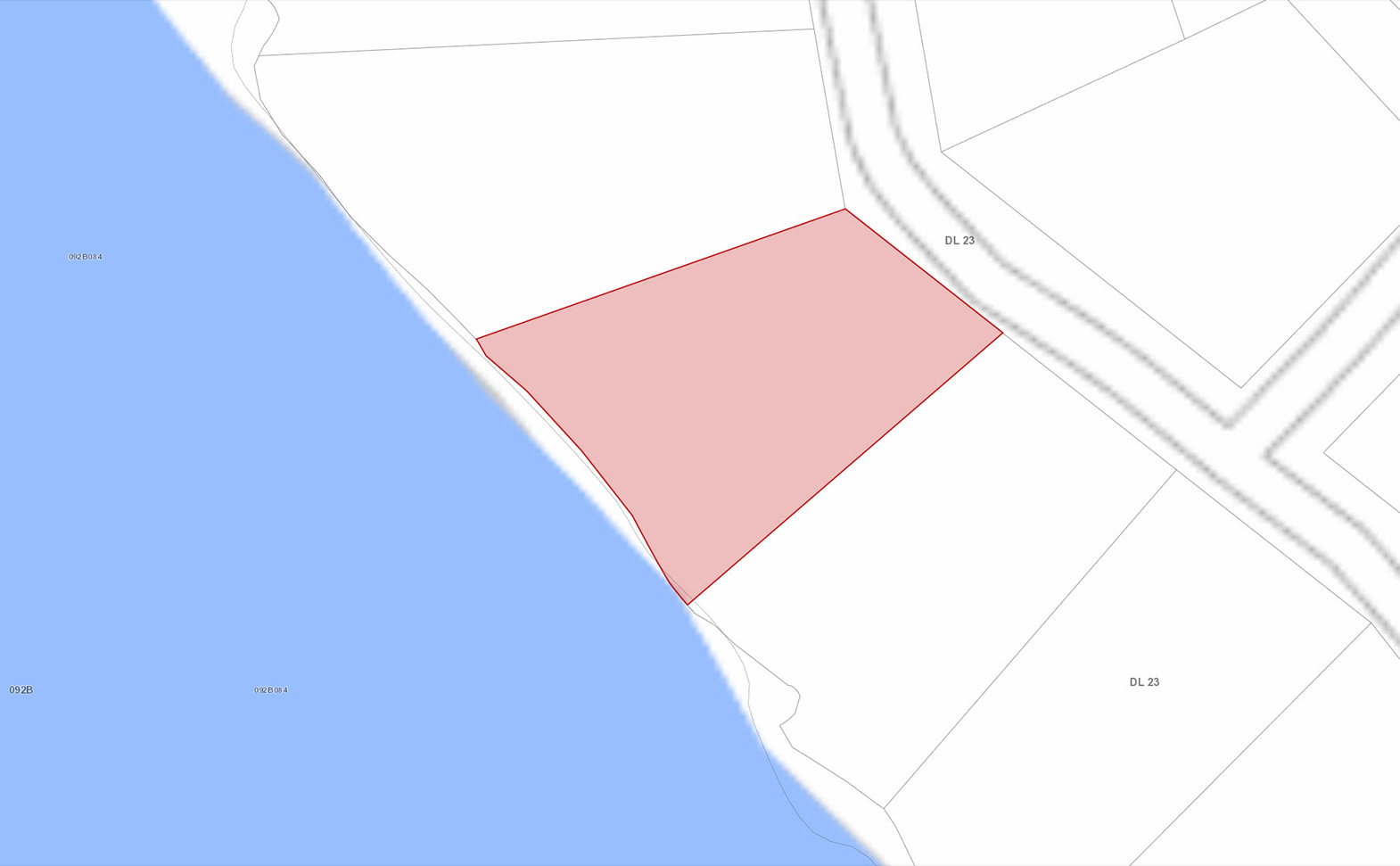