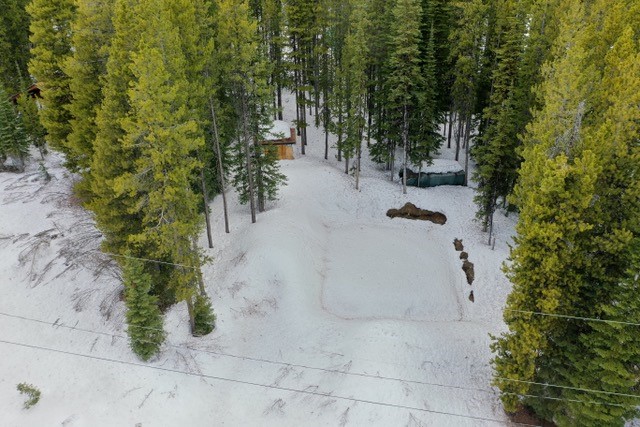 10,791 ft2 lot  and mostly flat, so close to the run that once you snap on your skis/board you can be at the chairlift in 20 seconds. Trees have been removed and excavation done for a house, and a culvert has been installed along the front of property, which would speed up construction. 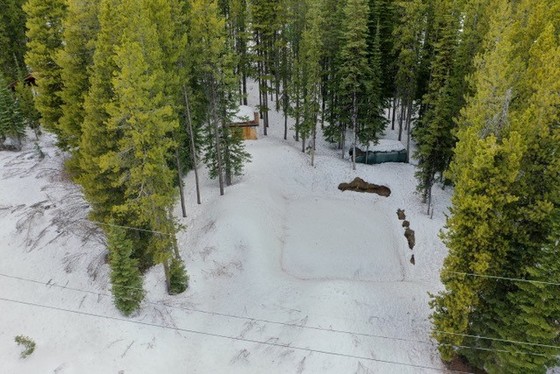 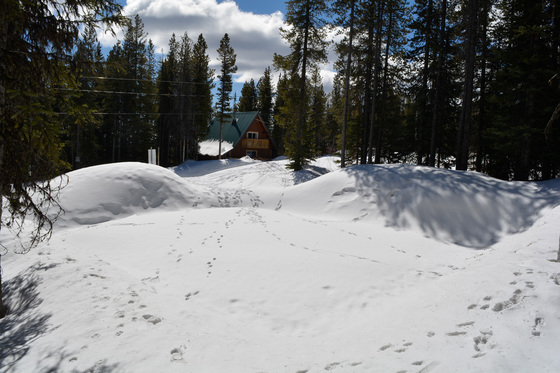 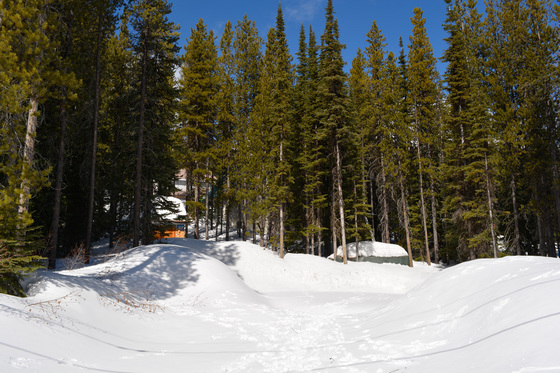 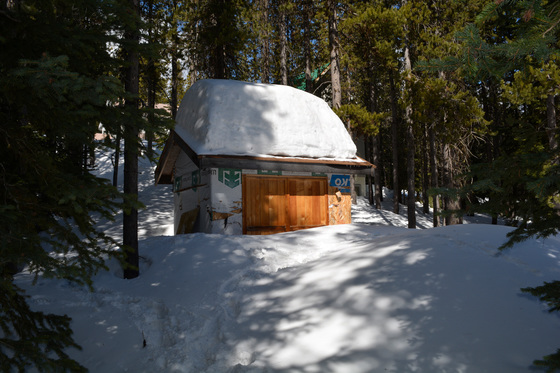 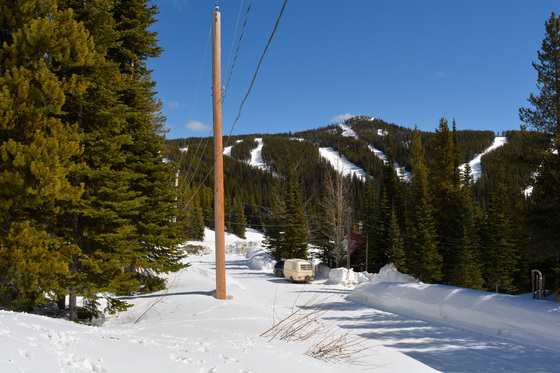 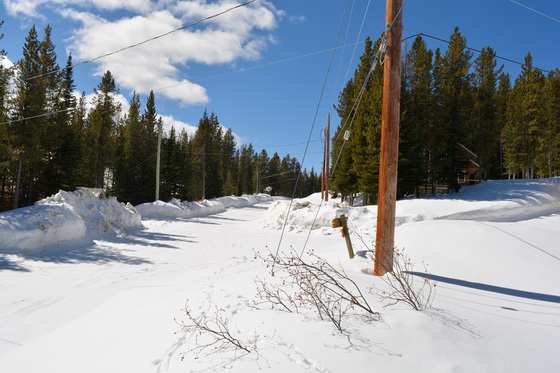 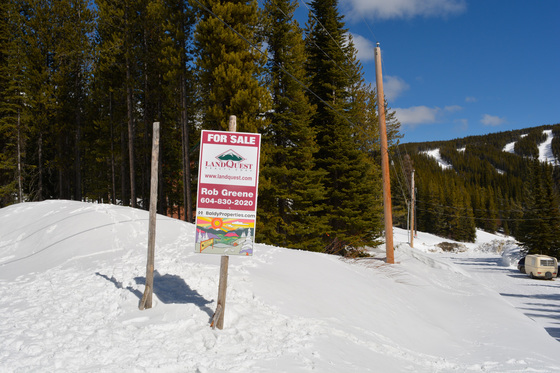 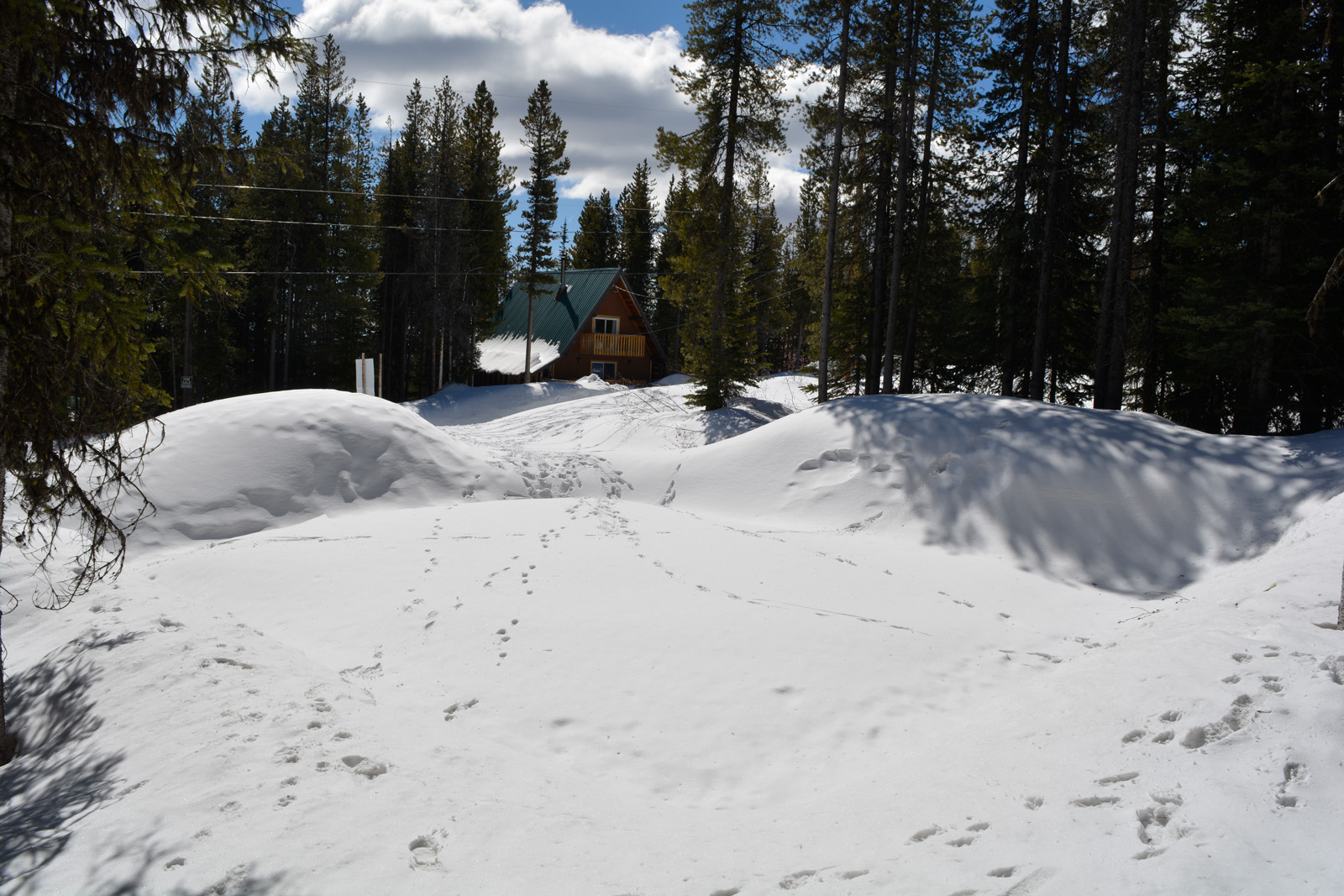 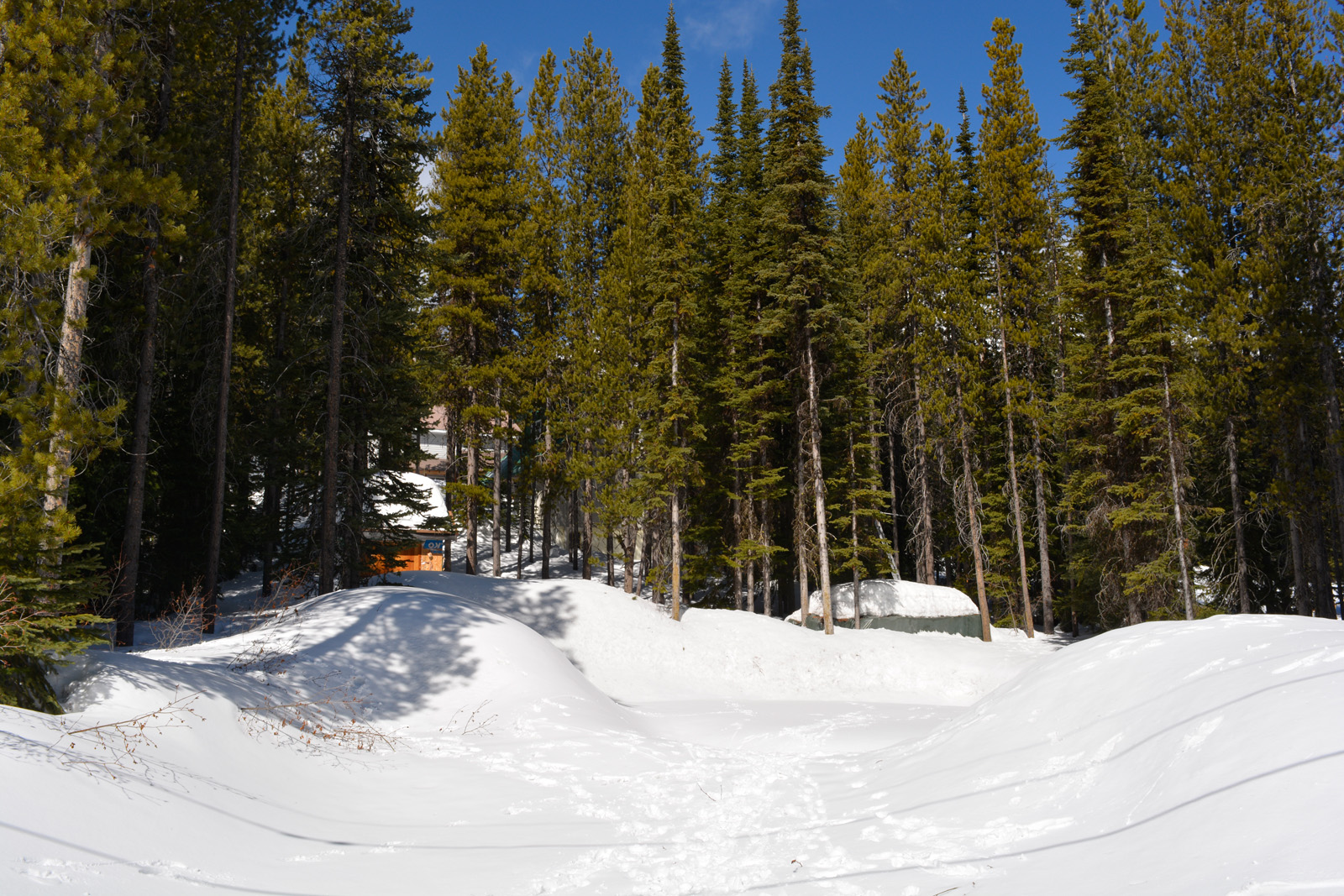 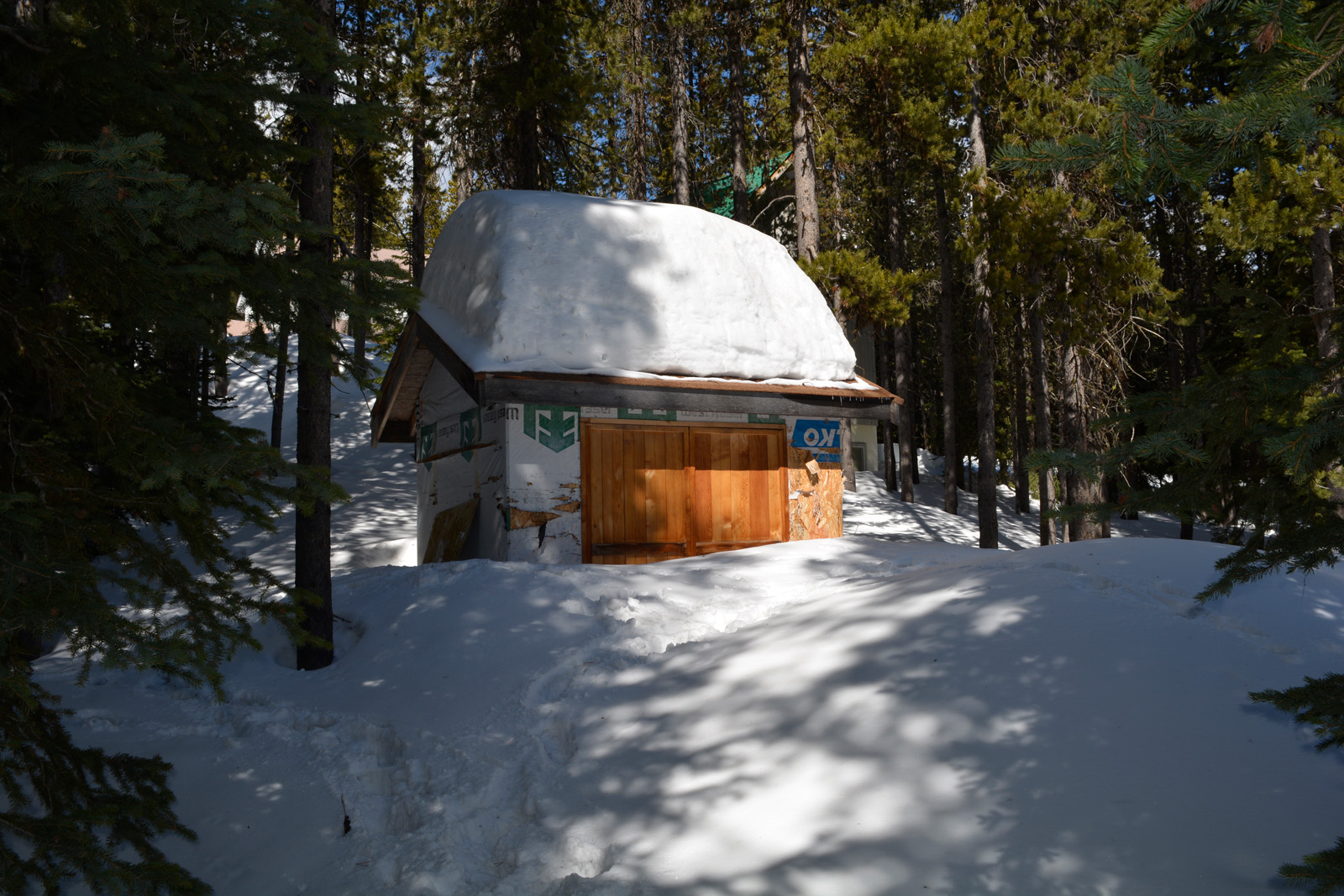 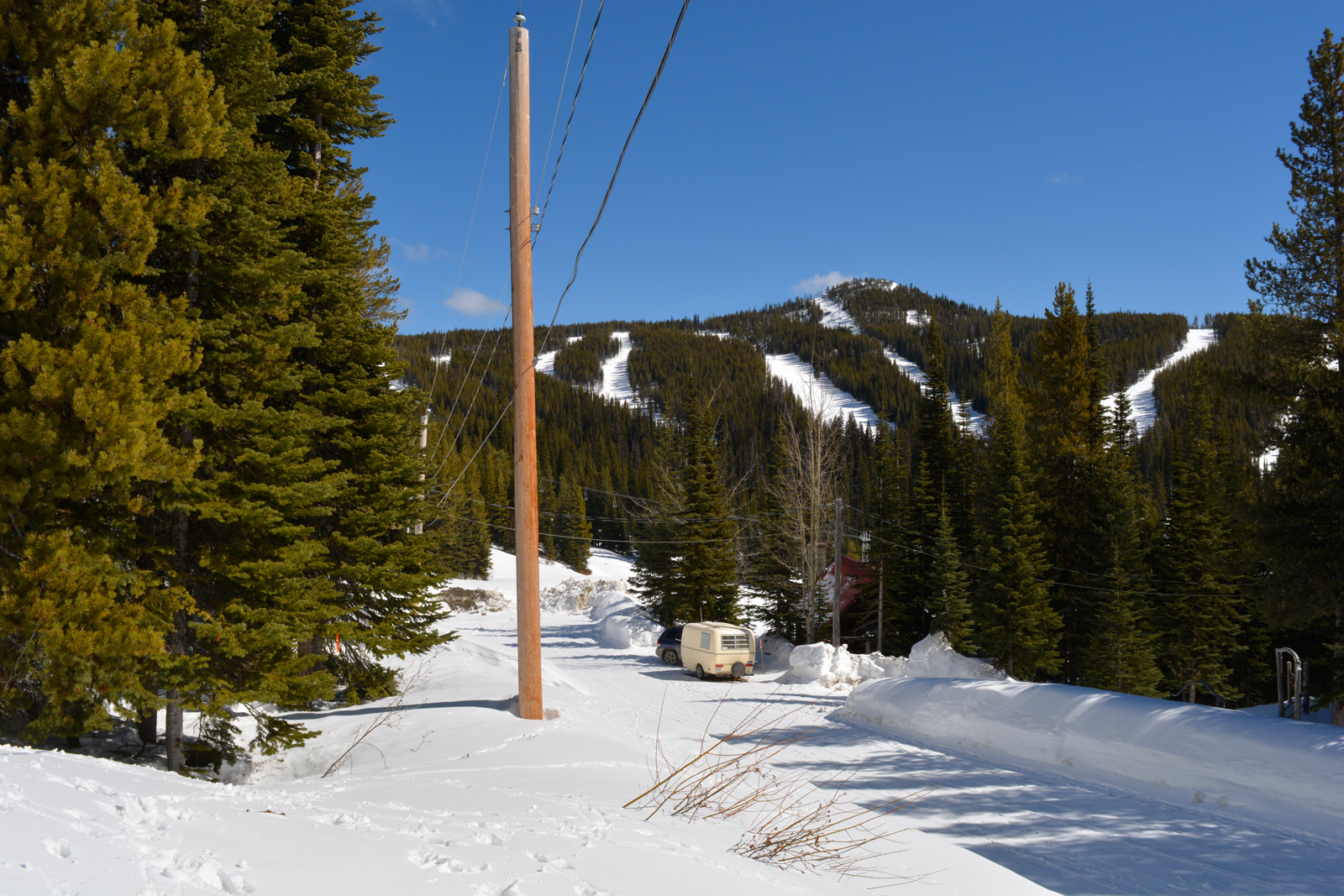 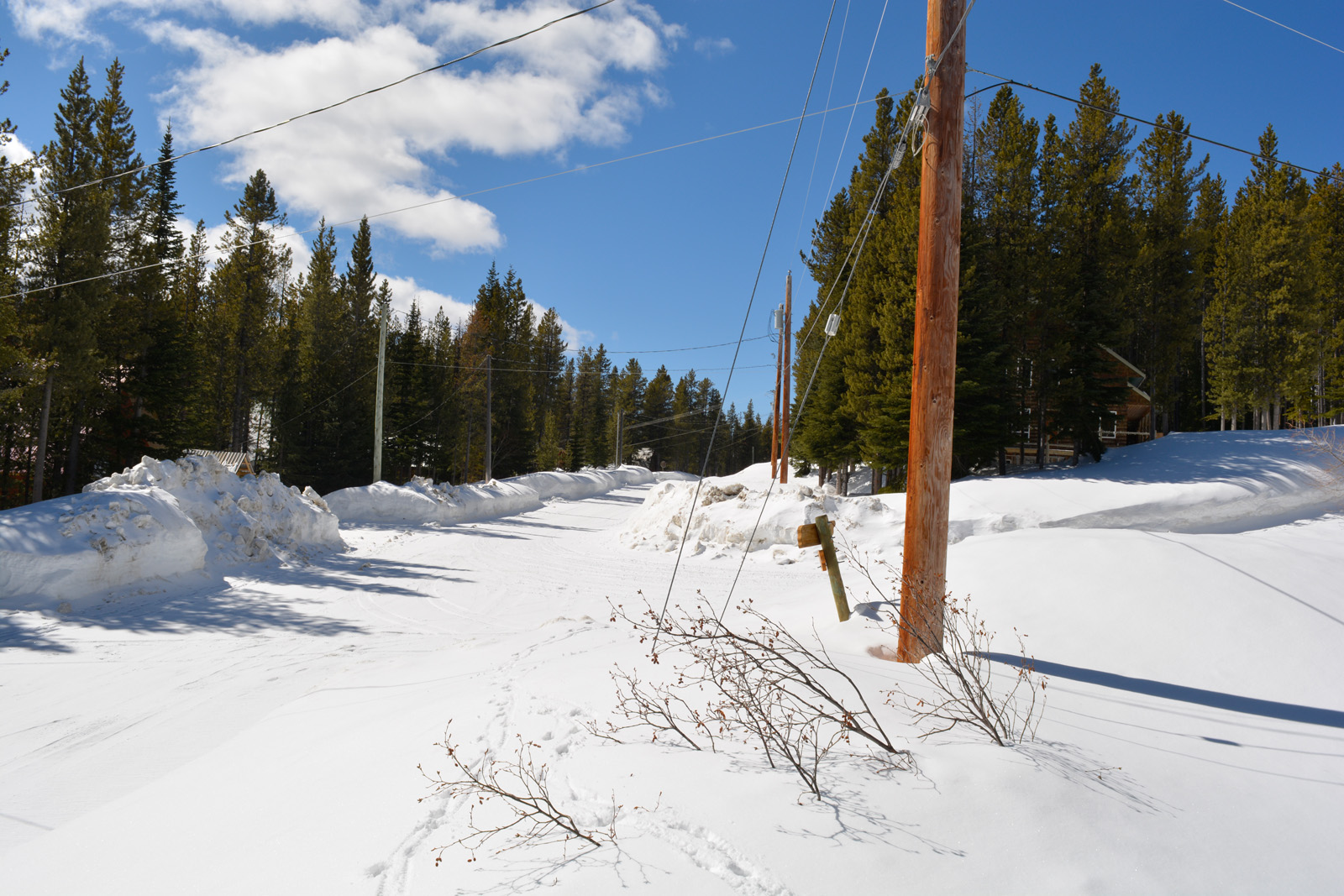 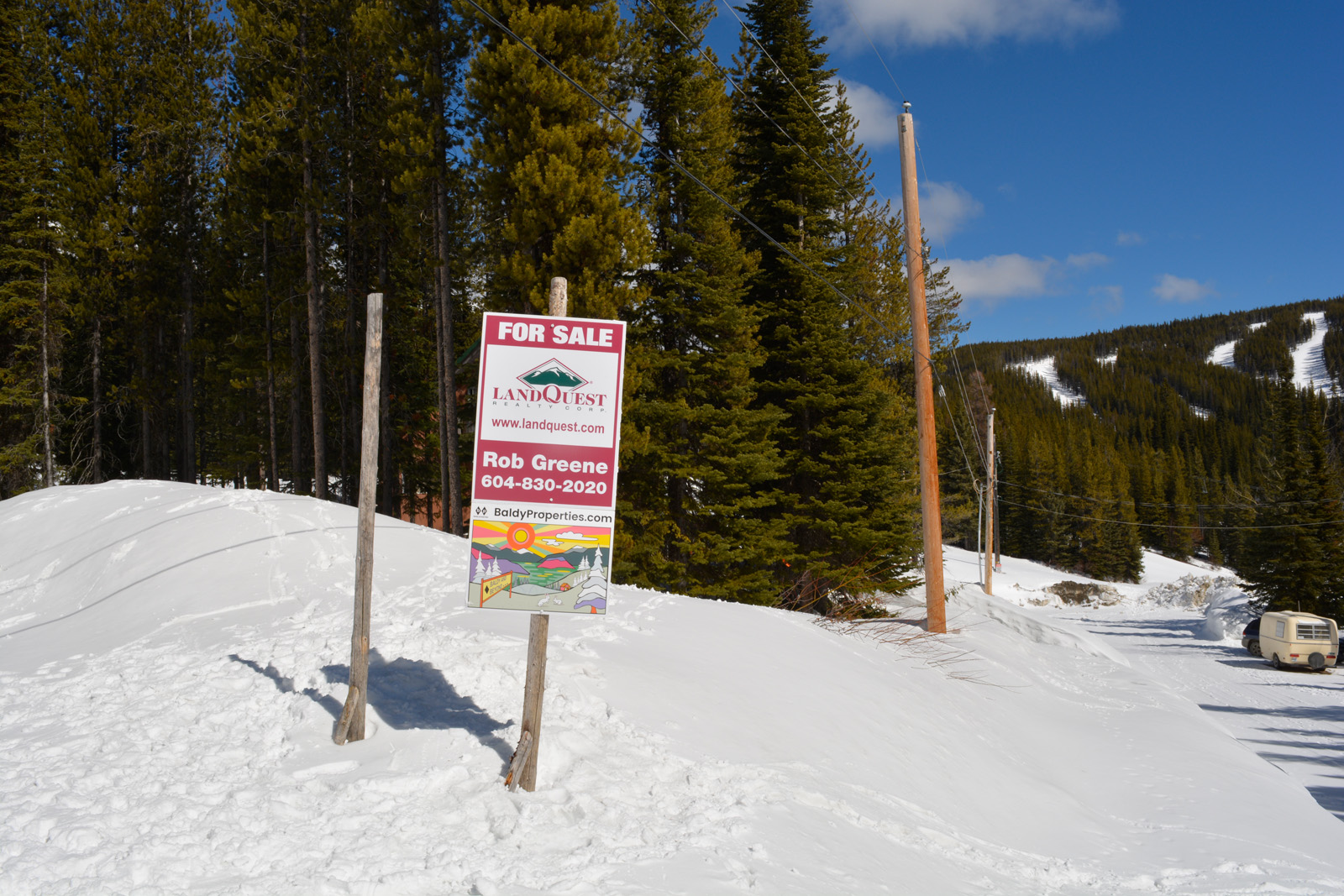 For skiing/snowboarding families, this property is a dream come true! The lot itself is over 10,000 ft2 and mostly flat and so close to the run that once you snap on your skis/board you can be at the chairlift in 20 seconds.

Building will be a breeze, as the trees have been cleared and the excavation’s been done and the culvert is in. This work alone can save you weeks of time which means you can have your chalet built and ready to go for the 2021-22 season!

Only 10 lots from the top of Baldy Village, among the established chalets, and one property from the end of the road. The zoning allows for a 35′ high chalet with a footprint of 2,581 ft2 within the setback requirements. Accessory buildings or structures are also permitted as is a Bed and Breakfast.

At $149,000 this property is less than half of what you would pay at any other Okanagan ski area. That’s the beauty of Baldy, it’s affordable and family oriented!

For those that don’t know Baldy, this little ski area perched above BC’s wine country is a hidden gem . . . charmingly old-school and it has a really friendly vibe! Baldy is the real deal with excellent glades, lots of snow, no lines and amazing views. It works for all levels of skiers and riders with 33% beginner runs, 46% intermediate runs and 21% advanced, so the whole family is covered.

Baldy has a Master Plan for the development of the Resort which embraces a “slower” recreation ambiance while preserving snow conditions. Low density powder and glade skiing is what it’s all about. At buildout, Baldy will have 13 ski lifts servicing over 150 trails and a skiable terrain of about 1,725 acres! The proposed base area will take on a “retreat” and “escape” ambiance, complementing the mountain’s natural attributes. Baldy will have two base areas as focal points linked by Nordic and alpine trails, the trail network and a “people-mover” lift. Baldy Village will include a variety of buildings housing hotels, condo-tels, retail outlets, convention facilities, resort spa and services. Additionally, the first and last holes of the golf course begin and end at the Village.

If you are thinking about a long term investment that you can enjoy, then Baldy makes good sense, as long as you’re not in a hurry...

Nearly at the end (one property) of Whiskey Jack Road in Baldy Village.

Baldy Mountain Resort is located on the southern side of Mt Baldy in the Southern Okanagan region of BC Canada about 37 km southeast of Oliver or 77 km southeast of Penticton. McKinney Road is unpaved most of the way from Oliver but it’s a nice easy grade, and you can park right near the slopes. Or you can come from Osoyoos (58 km) or Rock Creek (32 km) on Highway 3 and turn onto Mt Baldy Rd, which is also unpaved most of the way up. The good news is the Ministry of Transportation has committed to improve the roads in 2021.

This little ski area perched above BC’s wine country is a hidden gem . . . charmingly old-school and it has a really friendly vibe! Baldy is the real deal with excellent glades, lots of snow, no lines and amazing views.

It works for all levels of skiers and riders with 33% beginner runs, 46% intermediate runs and 21% advanced, so the whole family is covered! Compared to other resorts, Baldy is very inexpensive from buying a day ticket, a season pass or a lot or a cabin. The resort offers a few other activities such as snowshoeing, cross-country skiing, and winter disc golf and a toboggan area.

The vertical isn’t significant at 397 metres (1,726 m - 2,123 m) but it’s enough and the advantage for snow quality is that the base elevation is nice and high. The ski resort has 3 lifts which includes 1 quad chair, 1 double chair, and a magic carpet. Baldy feels like ski hills did in the 1970s and ’80s, family oriented and relaxed!

In winter, the resort is renowned for its light dry powder, among all that fresh pow Baldy provides terrain-based learning and has activities for everyone: skiing, snowboarding, cross-country skiing and snowshoeing. Snowmobiling (sledding) isn’t permitted in the resort area, but there’s plenty of Crown land beyond for exploring. There’s an 18-hole disc golf course beside the base area as well.

In summer, there’s hiking and mountain biking under your own power. People like to escape the hot Okanagan valley to the cooler temperatures at Baldy. The Resort has plans to develop the mountain into more of a four season destination, so stay tuned!

Baldy Mountain Resort was founded in 1968. The beginnings of Baldy Mountain lie in a community of passionate winter enthusiasts who saw the potential for amazing outdoor experiences. These enthusiasts overcame many challenges and put their hearts into the development of Baldy.

Prior to the development of Baldy Mountain, Borderline Ski Club operated a family ski area on Hedlund’s Ranch near Bridesville. The season was short at that elevation, and skiers were looking for more challenging terrain. The club had their eyes on Baldy Mountain, and a few members ventured to Baldy on snowmobiles to check out the area.

In 1967 a group formed a limited company, put together some financing, and began the process of moving from the ranch to Baldy. Borderline Ski Club voted on September 24th, 1968 to transfer their assets and liabilities to Mt. Baldy Recreations Ltd.

Following this, the last four miles of the access road was constructed, the lodge built, runs cleared, and the T-bar moved.

Baldy Mountain Resort opened for the 1968-69 season, with the McKinney T-bar and beginners rope tow operating. There were snowcat rides to the top of Baldy on Sunday afternoons—$1.00 for the ride.

In the early days, grooming was done by soft-packing with a culvert towed by a Nodwell snowcat. Once when the snowcat broke down, all the local kids were recruited to ski pack one run.

In the mid-eighties, the original owners were aging, and some prospective purchasers failed to complete. After a missed season with an unsuccessful deal before the courts, Borderline Ski Club then leased the operation from the original owners. The club ran a bare-bones operation with new skiers unloading at Tower 3 on the Baldy lift. The McKinney Tee re-opened after the club had been operating for a few years.

The T-bar was purchased from Westcastle, near Pincher Creek. The crew traveled to Alberta to dismantle it, constructed new wooden towers and had the “Baldy Tee” ready to open Boxing Day 1970.

The Mount Baldy Community purchased Mt. Washington’s (Vancouver Island) Blue Chair, and installed it in time for the 1999-2000 season. The Sugarlump lift was installed for the 2007-2008 season. As well, the installation of a Magic Carpet was a vast improvement in teaching terrain. Sugarlump is a fixed-grip quad chairlift with a total uphill capacity of 750 persons per hour.

The recent purchase of Baldy Mountain Resort by an investment group in 2016, whose plan is to revitalize the resort with fiscal stability and long-term planning is just what the mountain needed.

Water and sewer are in the road beside the property, as is electrical service. Internet is currently provided by wireless signal from China Creek, however, if enough residents request it, fibre optic internet service could be brought in by TELUS. 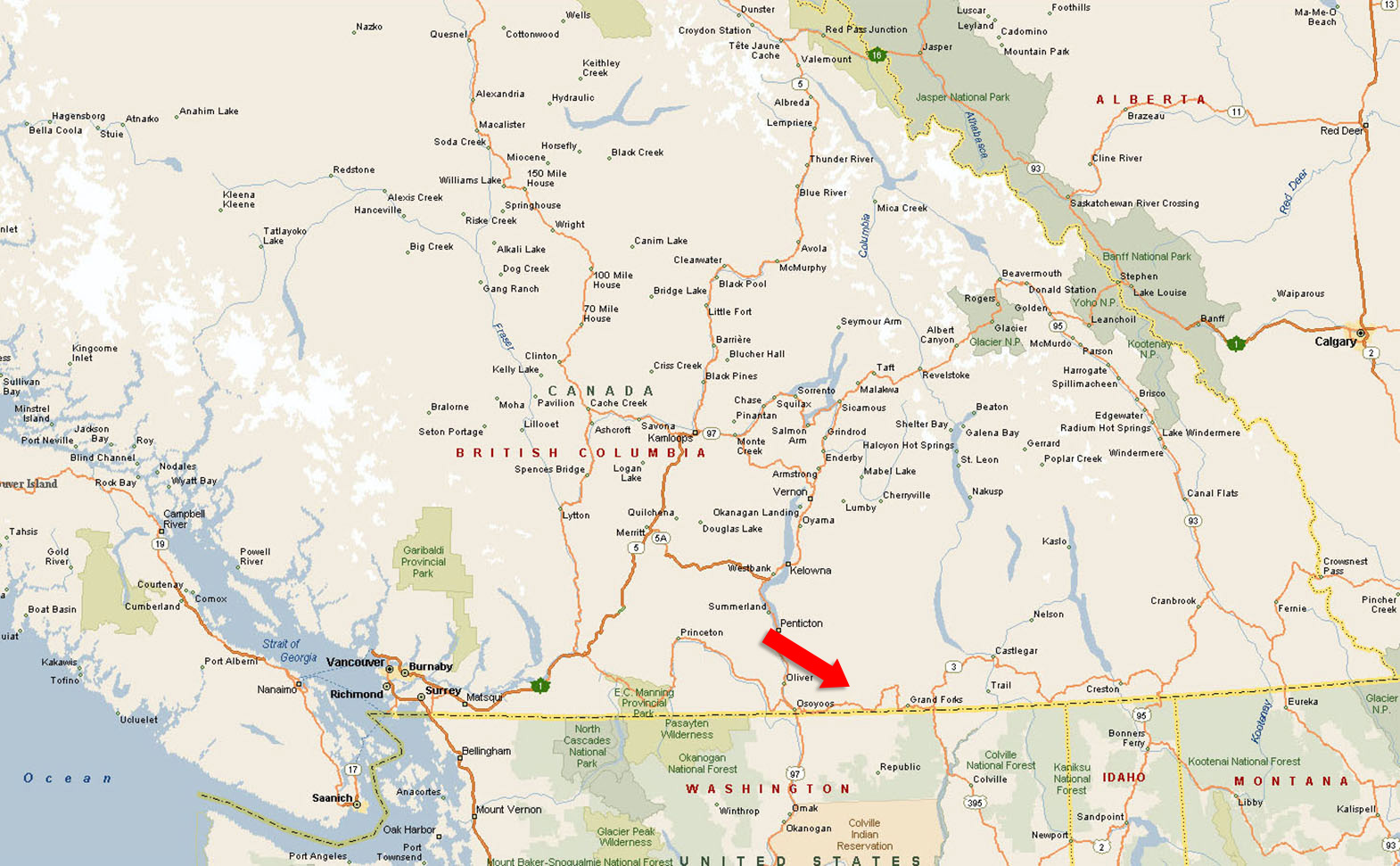 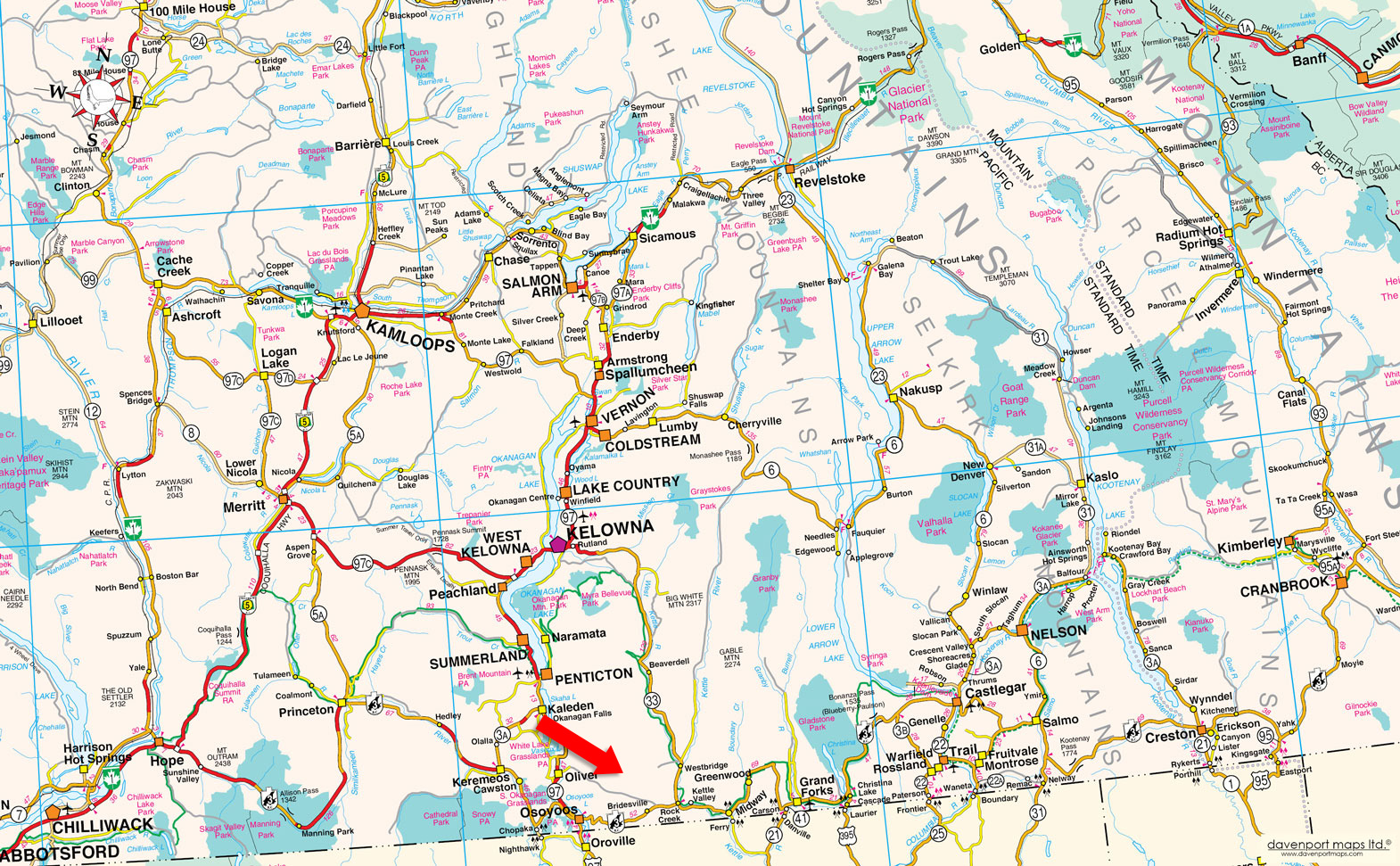 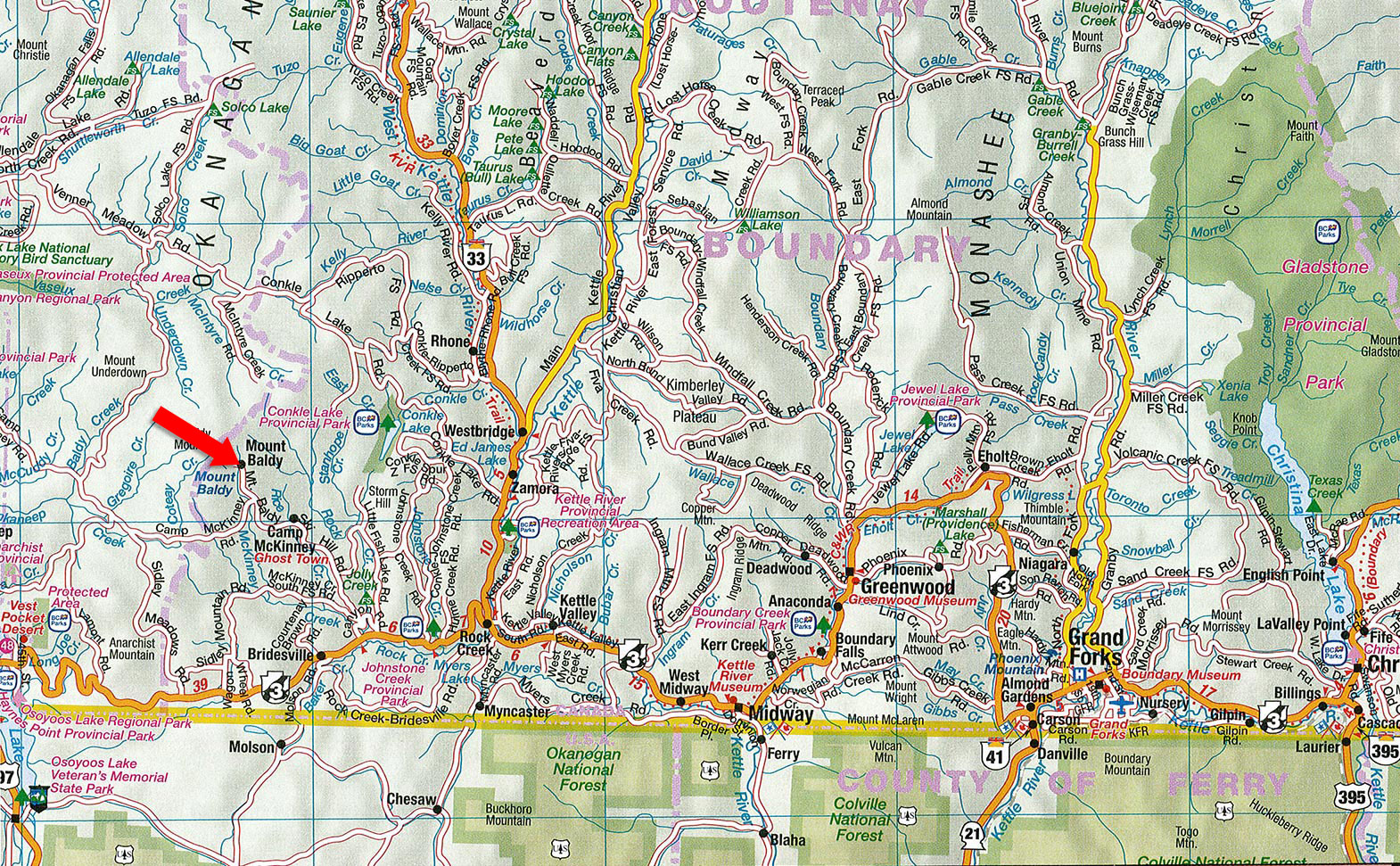 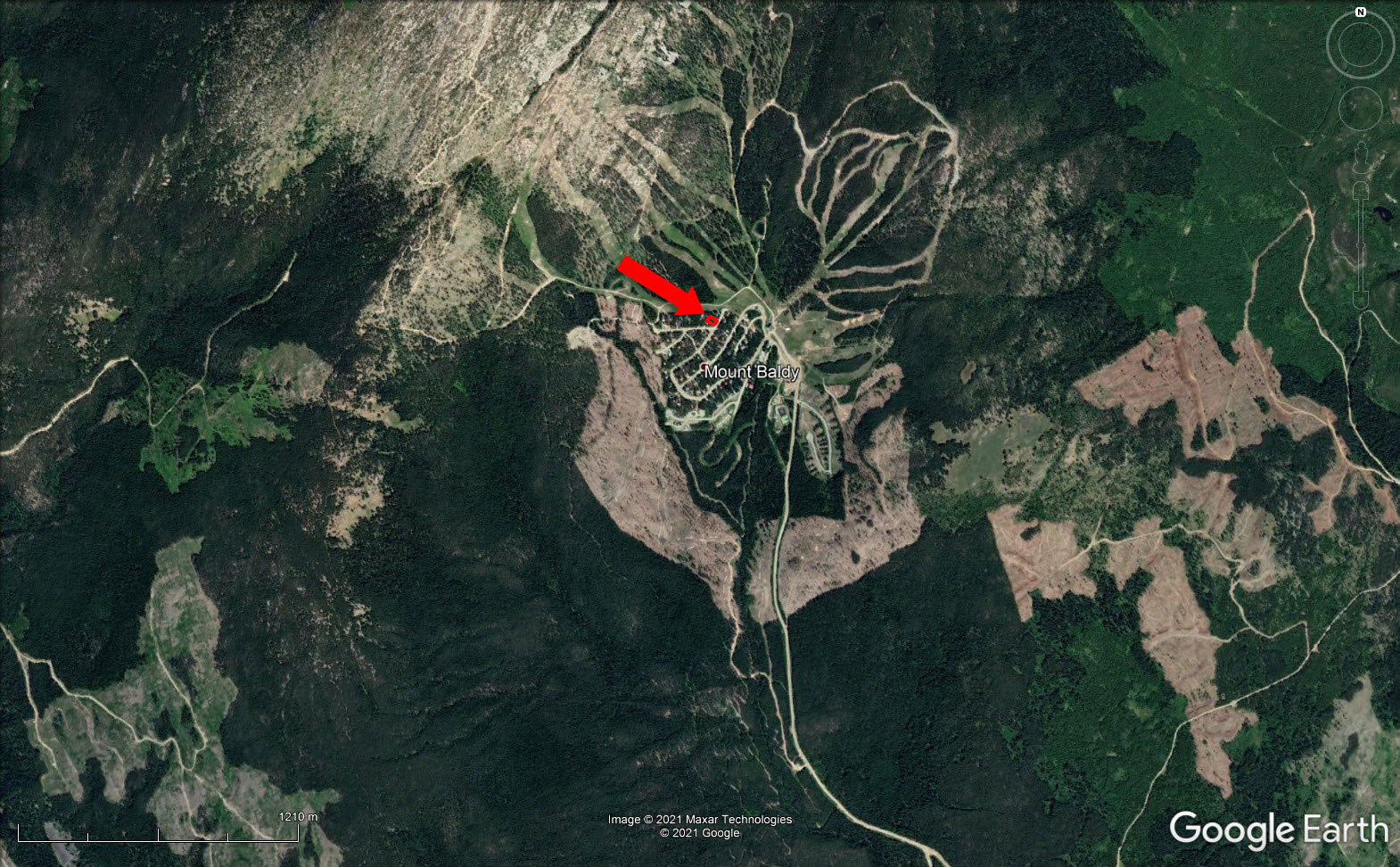 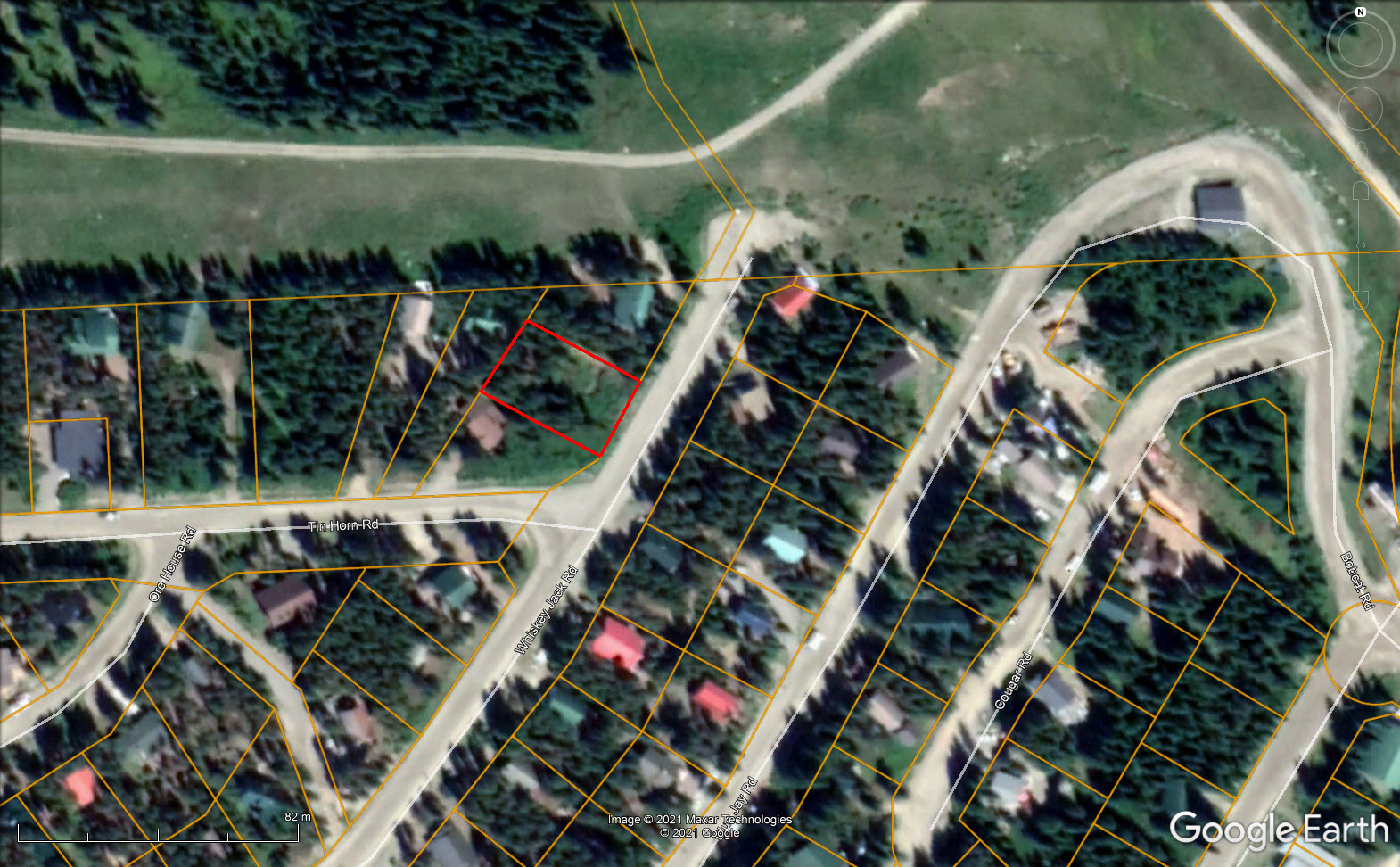 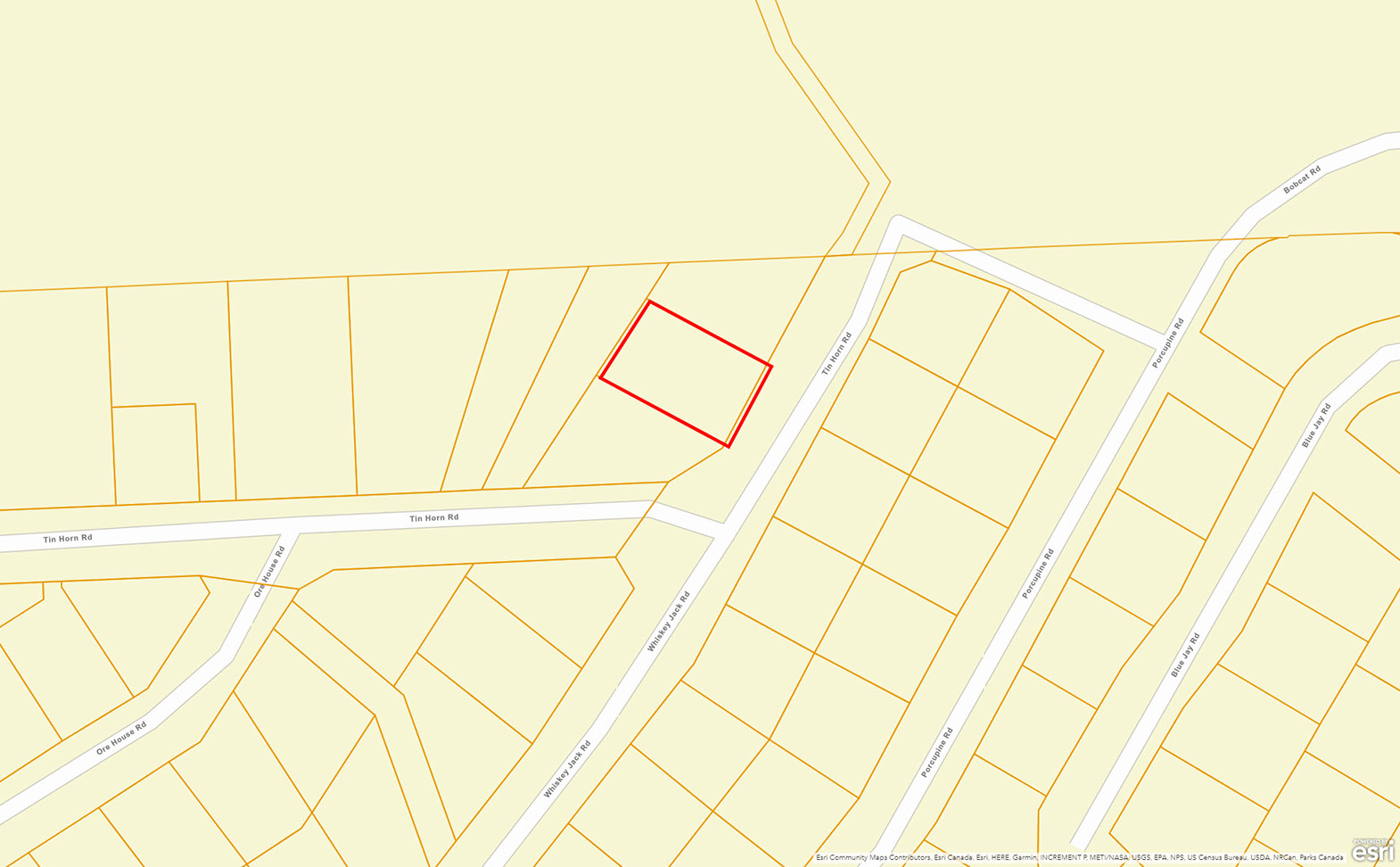 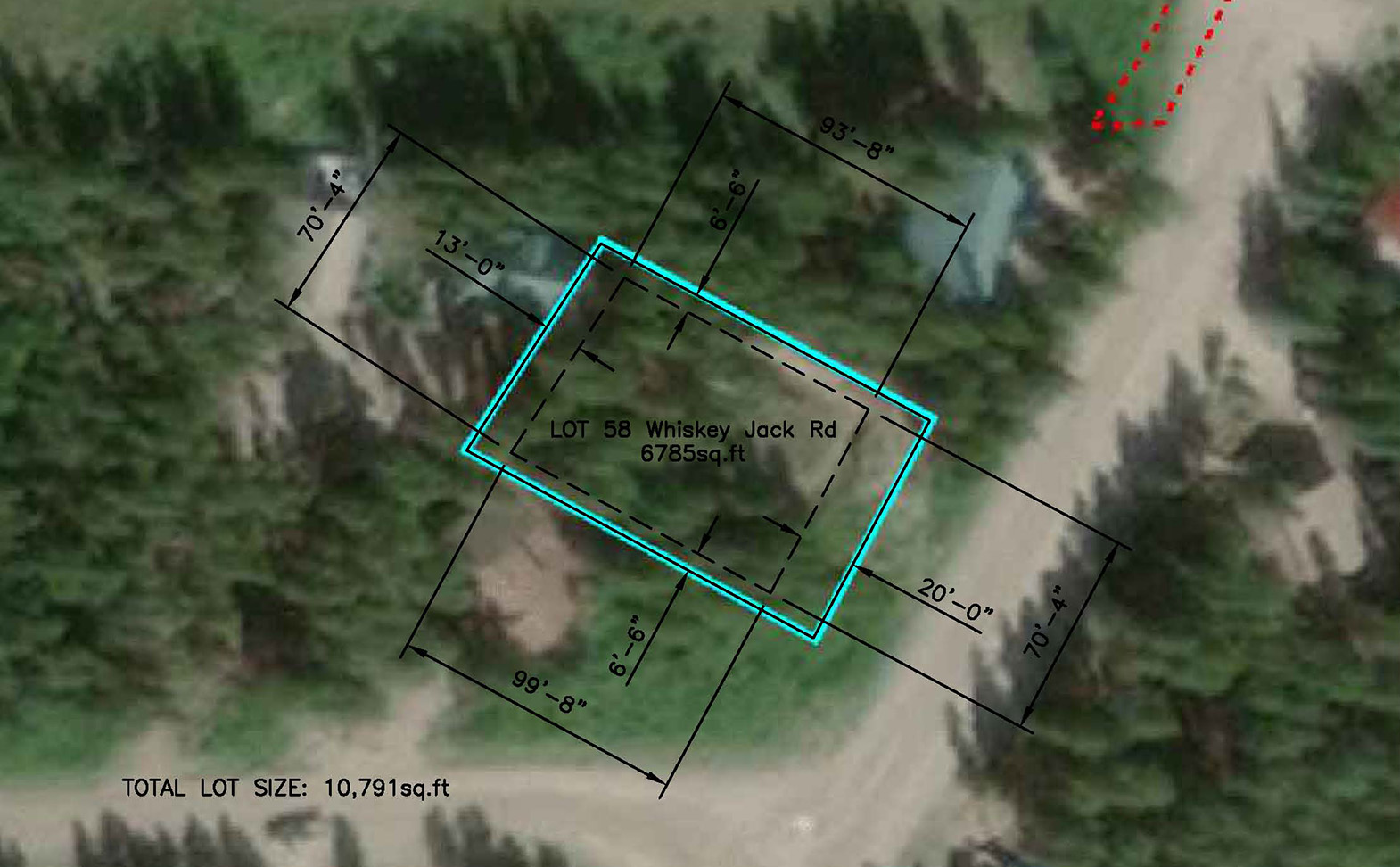 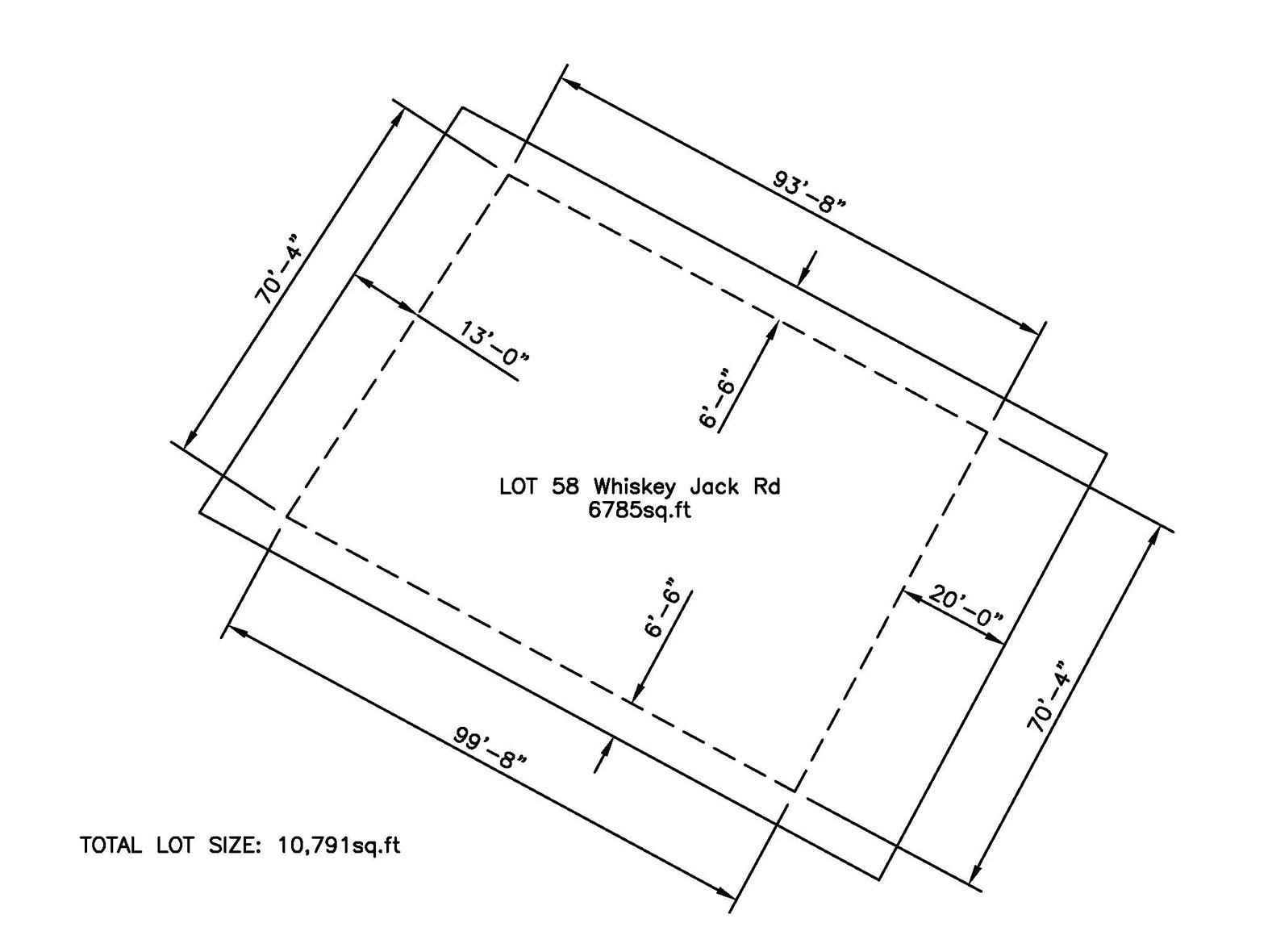