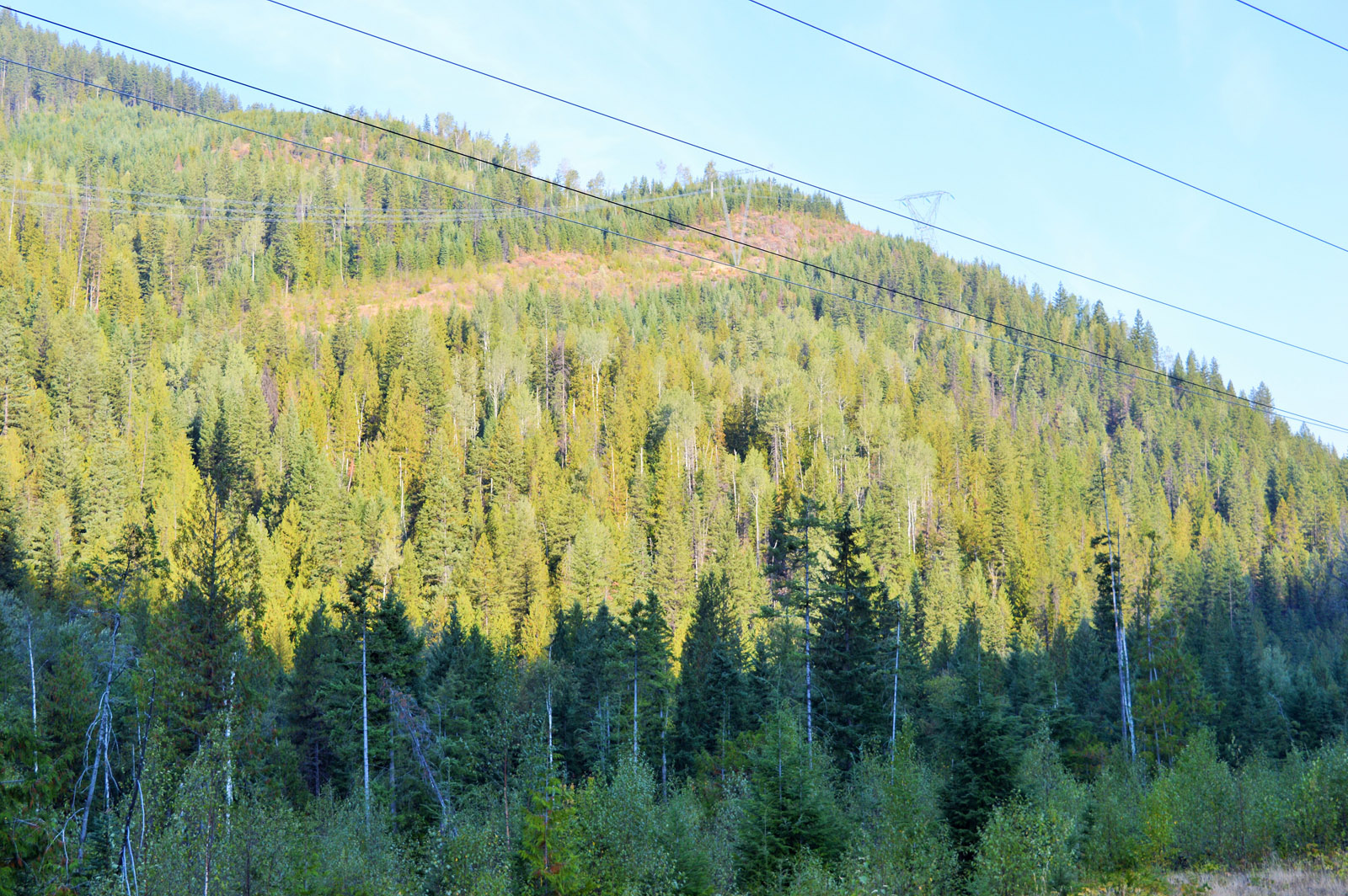 24 acres with good access and mountain views. Treed and private. Backs onto Crown land. Miles of backcountry. Awesome hunting. 15 metre setback from creek for building limits buildable area. Perfect spot to set up for RV use and recreation in the wilderness. 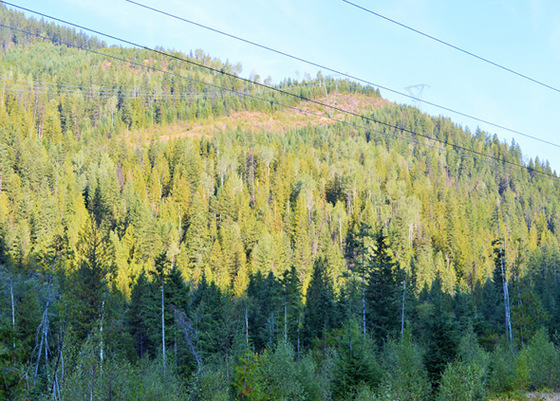 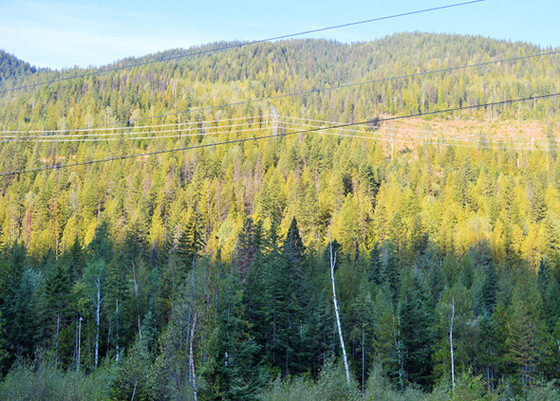 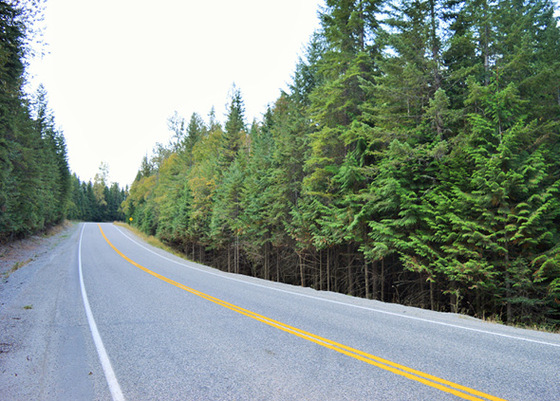 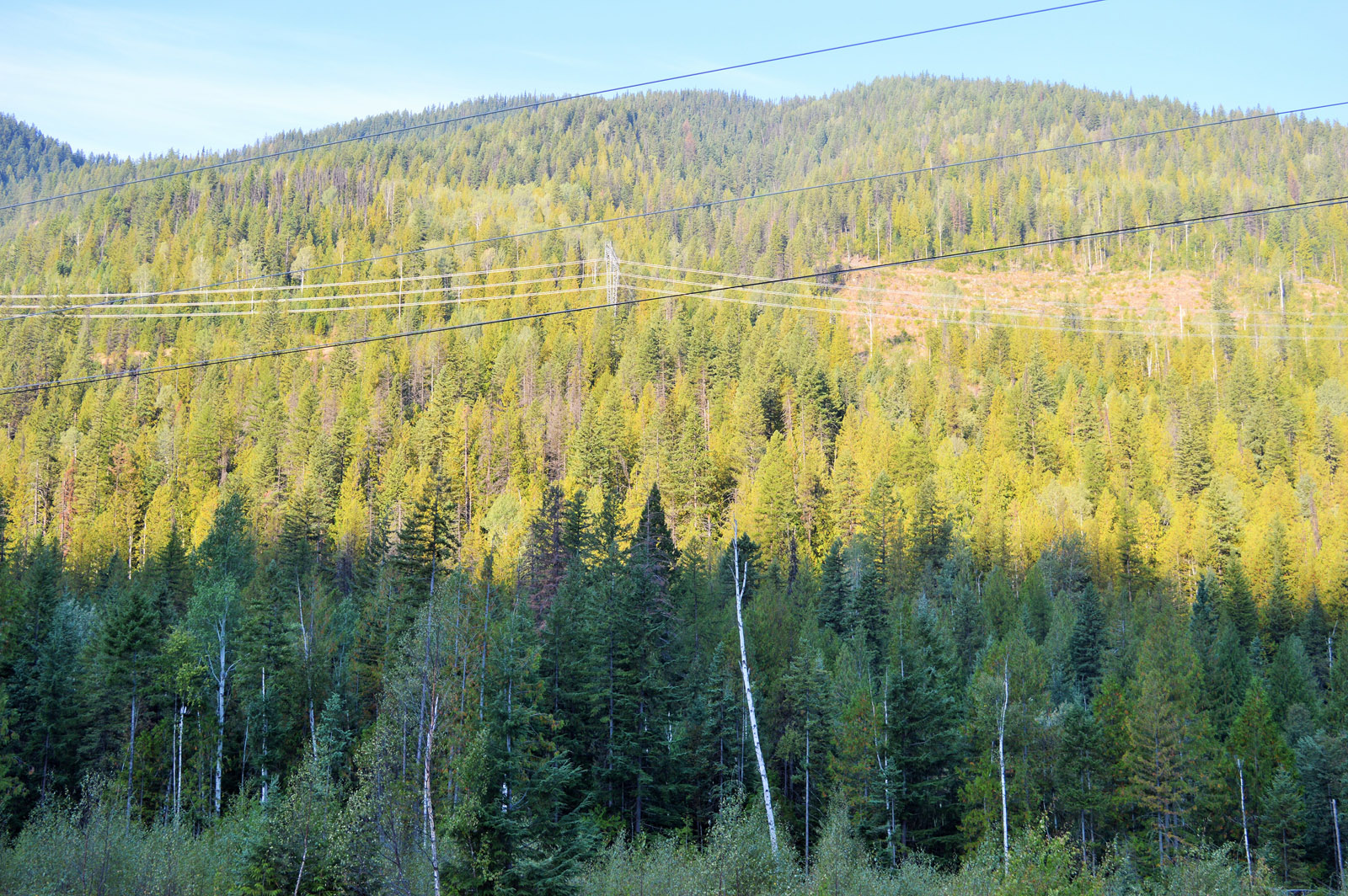 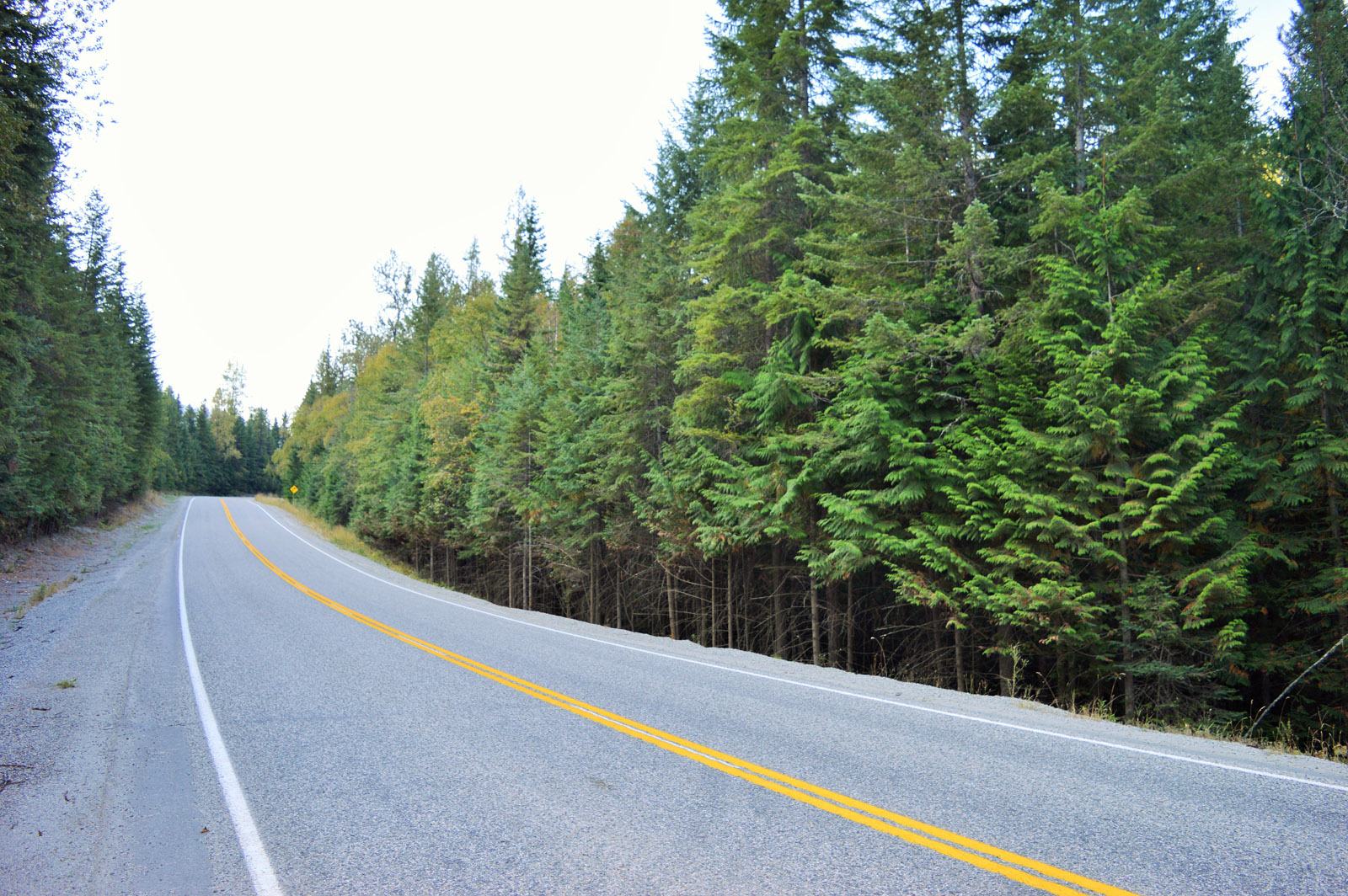 This large 24 acre property is located only a short drive from the community of Cherryville. Cherryville is located in an area where the Okanagan climate and landscape diversifies into the more mountainous landscape of the Kootenay area. During the fall the larch trees turn a beautiful golden colour and the hills become an amazing backdrop of green and gold.

This property is located right along the highway and has good access. There is a 15 metre setback from the creek for building, so the buildable area on the property is limited. It would be the perfect place to set up for use with a RV, create your own private camping spot by the creek. The network of logging roads and ATV trails in the area is truly endless and with abundant hunting opportunities for moose, white tail deer, mule deer, bears and grouse … it would take a lifetime to explore.

Please see the mapping section to view the aerial image of the property. This property is well treed and doesn’t appear to have been logged, at least for a long time.

Please call the listing REALTOR® today more information or to book your time to go by for a look.

From Vernon take Highway BC-6 East for 53 km to Cherryville, BC

Cherryville is an unincorporated community in the foothills of the Monashee Mountains in British Columbia with a population of approximately 930. It is located 14 miles (22 km) east of Lumby, along Highway 6. Services in Cherryville include accommodation, two general stores, restaurants, a library, a campground, shops and other amenities. Originally an area of orchards, ranching and logging are major industries in the community.

Vernon is a city in the Okanagan region of the Southern Interior of British Columbia. It is 440 km (270 mi) northeast of Vancouver. Named after Forbes George Vernon, a former MLA of British Columbia who helped found the famed Coldstream Ranch in nearby Coldstream, the City of Vernon was incorporated on December 30, 1892. The City of Vernon has a population of 40,000 (2013), while its metropolitan region, Greater Vernon, has a population of 58,584 as of the Canada 2011 Census. With this population, Vernon is the largest city in the North Okanagan Regional District. A resident of Vernon is called a "Vernonite."

In 2005, on an episode of The Early Show, Vernon was ranked as one of the top six most desirable communities to retire to in North America by Consumer Reports.

Vernon is a four-season destination with activities that take full advantage of its unique setting.

Bounded by three lakes and rolling grasslands with easy access to forested uplands and the Monashee Mountains, the focus is on outdoor recreation. But this community also supports plenty of urban attractions.

With Okanagan, Kalamalka and Swan lakes right on Vernon's doorstep, summer is the time to get wet. Warm waters beckon from beaches in secluded coves, a busy pier and family areas with picnic grounds and beach volleyball.

Among the provincial parks, Kalamalka Lake is especially popular with water skiers and wakeboarders, while Ellison Provincial Park offers the only marine dive park in the Okanagan for snorkelling and scuba. Bring a boat (there are plenty of launch sites) or rent one locally. Canoe and kayak solo or join a guided tour. Fishing is popular throughout the area.

The snow is deep and dry at Silver Star Mountain Resort and Sovereign Lake Nordic Club. There are 115 downhill runs, more than 100 km (60 mi) of cross-country trails, and 14 km (8 mi) of snowshoe trails. From late November to early April, snowmobiling, tobogganing, tubing and skating are also excellent. In town, cheer on the Vernon Vipers hockey team.

Summer is the season for adventure in nature. Enjoy hiking trails, ranging from easy to advanced, in Vernon, Kalamalka and Ellison provincial parks, as well as in the surrounding mountains. Silver Star Mountain Resort offers interpretive nature hikes and, for a more extreme challenge, renowned mountain biking facilities. Rock climbers head for the cliffs in nearby Enderby and paragliders take a flying leap to sail over the valley.

The season is long and the obstacles many on four golf courses in and around Vernon. Accuracy is key on mid-length and executive courses with lots of water and sand to gobble balls. Some venues offer an easy walk over rolling terrain, while Predator Ridge Golf Resort, which has hosted two PGA events, sets a challenge even for the pros.

The small community of Cherryville was an old gold mining camp founded in the 1860s by prospectors from the California Gold Rush who had come north to the British Columbia gold rushes. Between 1863 and 1895 the original town that is now known as Cherryville was a small mining camp located within the canyon walls of Cherry Creek. Its population was 100 people, half of which were Chinese miners.

With more and more miners heading into Cherry Creek area, a road was built from Lumby in 1877 through Blue Springs Valley, attracting new families to the area. The community was known by the post office name of Cherry Creek, then Hilton. It was officially named Cherryville in 1919 after the wild Choke Cherries (Prunus virginiana) that grow along the banks of the creek.

The site of the city was first discovered by the Okanagan people, a tribe of the Interior Salish people, who initially named the community Nintle Moos Chin, meaning "jumping over place where the creek narrows," which refers to a section of the Swan Lake that passes through Downtown Vernon, the community's central business district. Some of these were part of the Okanagan Indian Band, a First Nations government part of the Okanagan Nation Alliance. This was followed by Priest's Valley, which serves as an Indian reserve, and its present name, in honour of Forbes George Vernon, a pioneer member part of the Legislative Assembly of British Columbia for Yale. The Okanagan people settled around the city's two lakes, Okanagan Lake and Swan Lake, obtaining seasonal sources of food. In that same decade, a section of a road near Fort Kamloops became its first road. Pleasant Valley Road, situated north of that street, was also historically developed.

In 1811 fur traders began traveling around the area, after one of these David Stuart, began working with the Pacific Fur Company, which was bought out by the North West Company; Luc Girouard became the first white settler. However, the North West Company was forced merger with the Hudson's Bay Company in 1821. A number of fur traders decided to camp in Vernon, which started to develop in 1863, following a gold discovery at the Cherry Creek, Monashee Mountains, Mission Creek and east side of the Okanagan Lake. After the development began numerous ranches were constructed. Centreville, the community's original central business district, was formed in 1885. That same year a post office, hotel, general store and school house was constructed. A Hudson's Bay Company store was formed in 1887 in a rough wooden structure. A major economic hub destination in the Okanagan historically, Vernon was home to many cattle ranches and fruit orchard areas, attracting British families near it.

Vernon's growth was in the process of expansion beginning in 1891, after the Canadian Pacific Railway was opened in the Okanagan and Shuswap regions of the British Columbia Interior, connecting in Sicamous, a town in the Shuswap area; services by this railway were offered to Vernon by 1891, in addition to its neighbourhood of Okanagan Landing. Shortly after the stern-wheeler S.S. Aberdeen was launched by the Canadian Pacific Railway for use on Okanagan Lake in 1893 connecting Vernon to Penticton at the south end of Okanagan Lake, and points between. Fruit trees were planted in Vernon, which first grew by the early 1890s, while water supplies were shipped to the community by canal in 1906 for use at local orchard or farm areas. In 1908 the Okanagan Mounted Rifles military program was formed in it, thus bringing a number of people to the area during World War I and World War II for lessons.

Vernon was incorporated as a city on December 30, 1892, with a city hall formed in 1903 for the governing body, which included a fire hall and a public reading space. The following year it was declared the largest municipality in the Okanagan and first of which to contain a bank and telephone. As population expanded, more services were made available at Vernon, while its city centre switched from Coldstream Road to 30th Avenue. A school and Vernon Jubilee Hospital were public services made available in 1909. Despite a growth drop during World War I, citizens voted to open a new high school, sports stadium and, later, a shopping mall, Village Green Centre and library in the city. 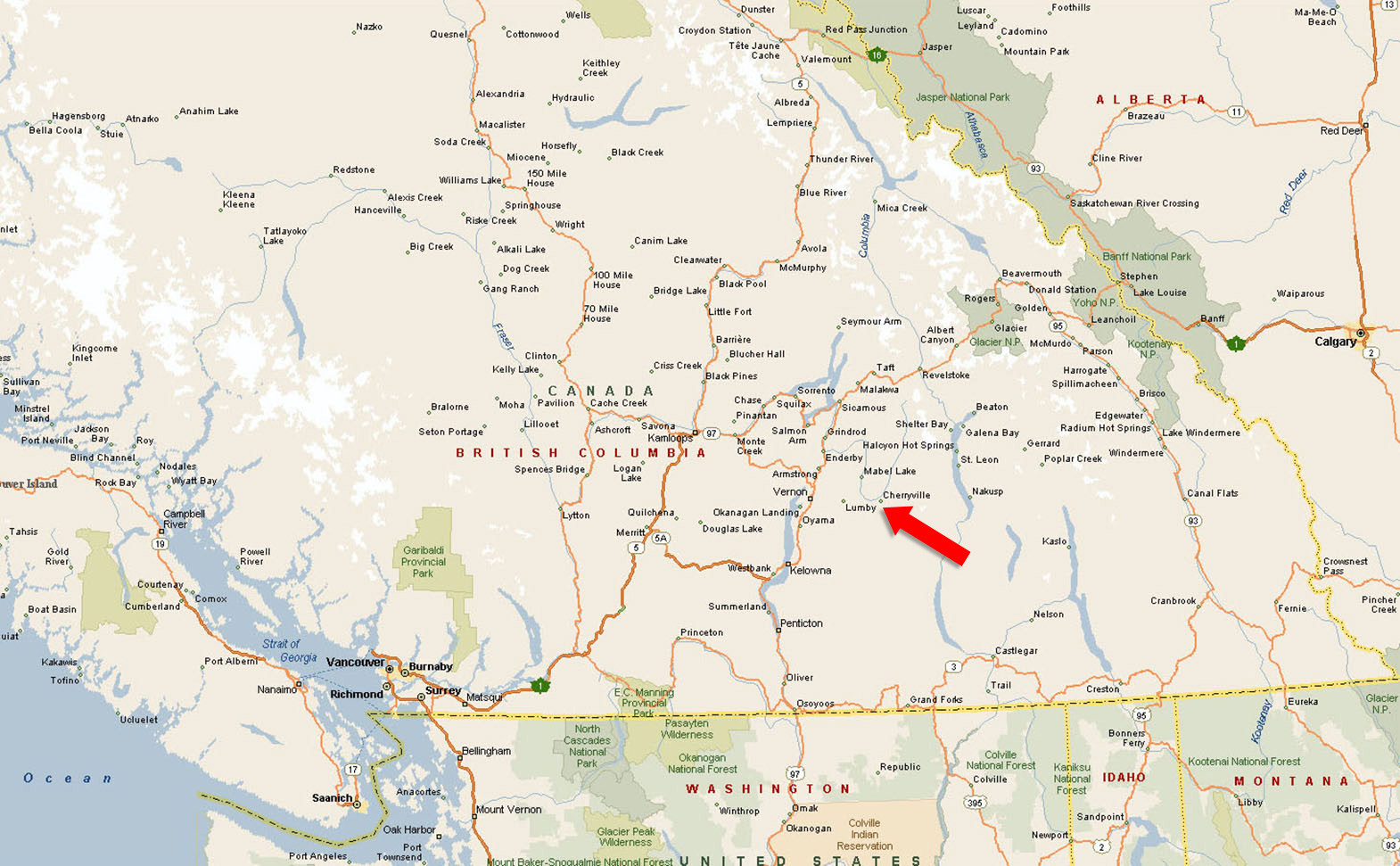 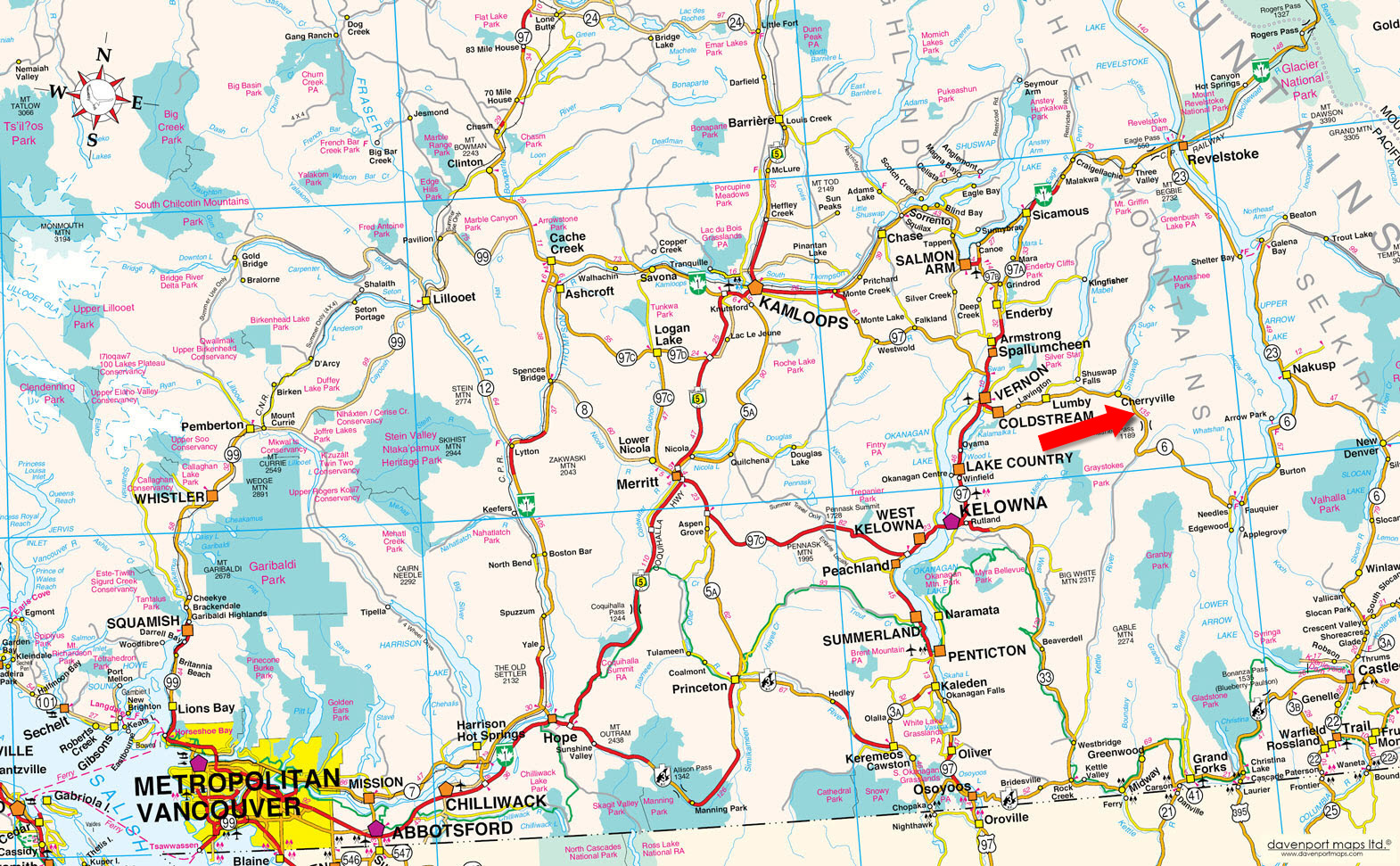 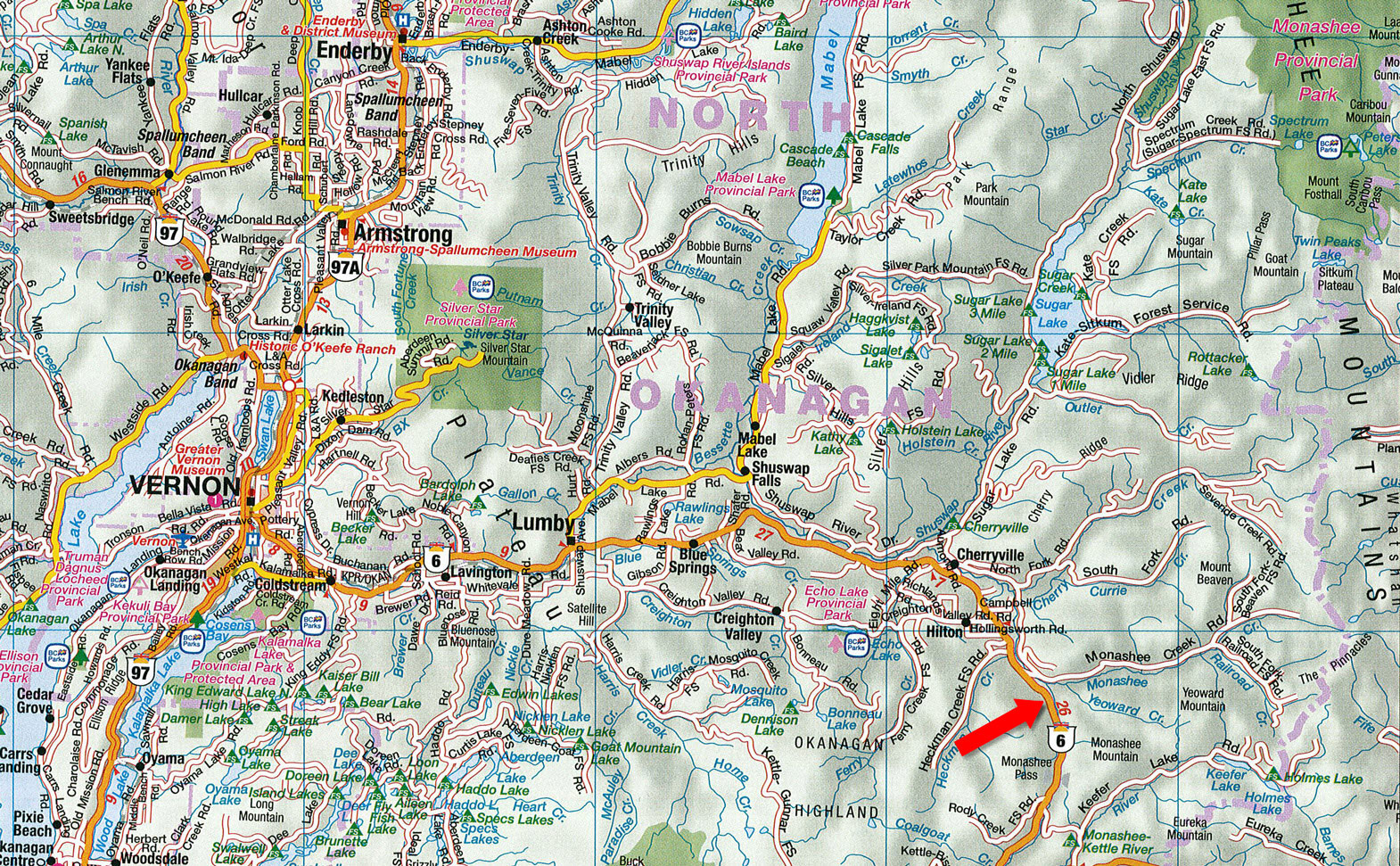 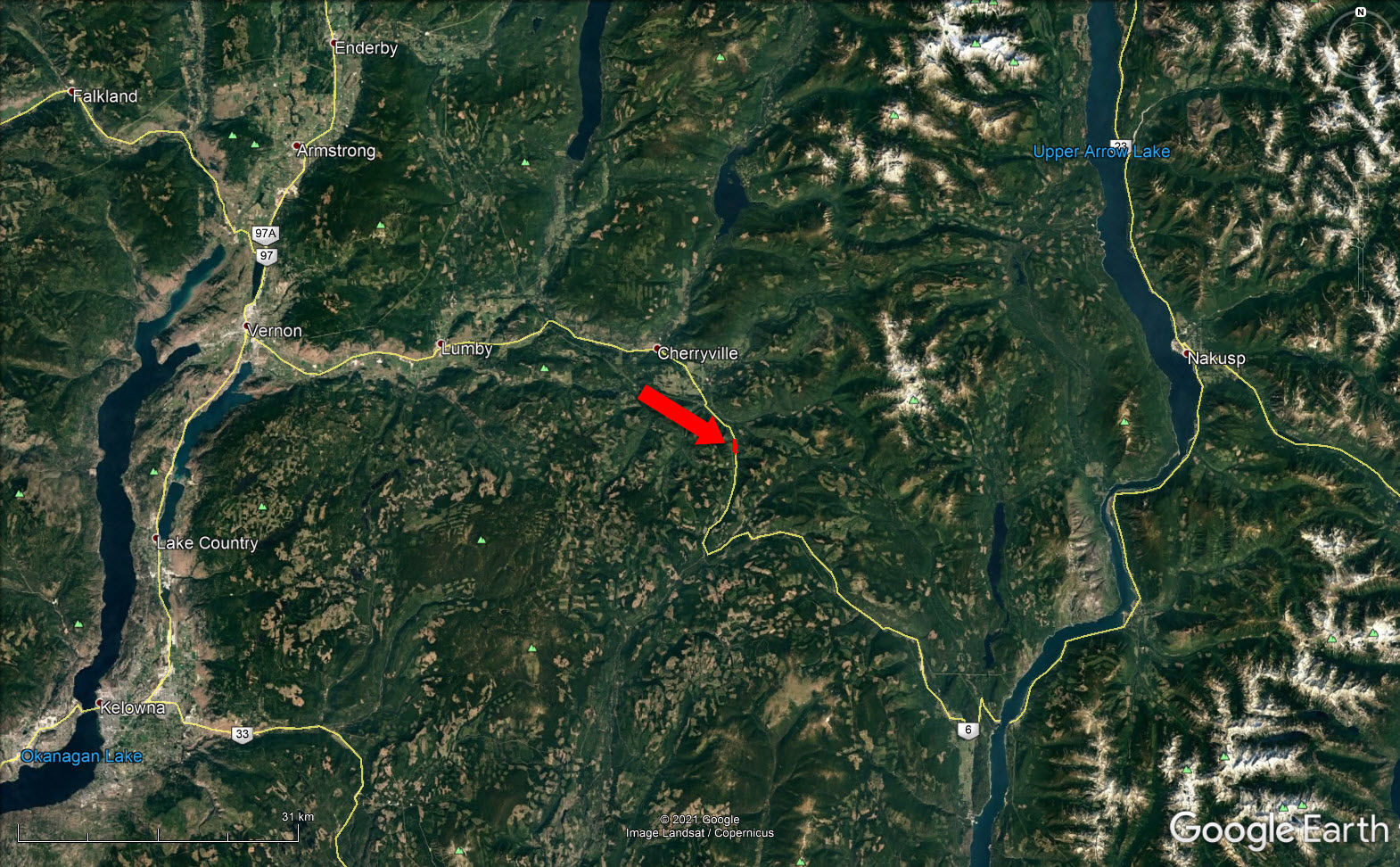 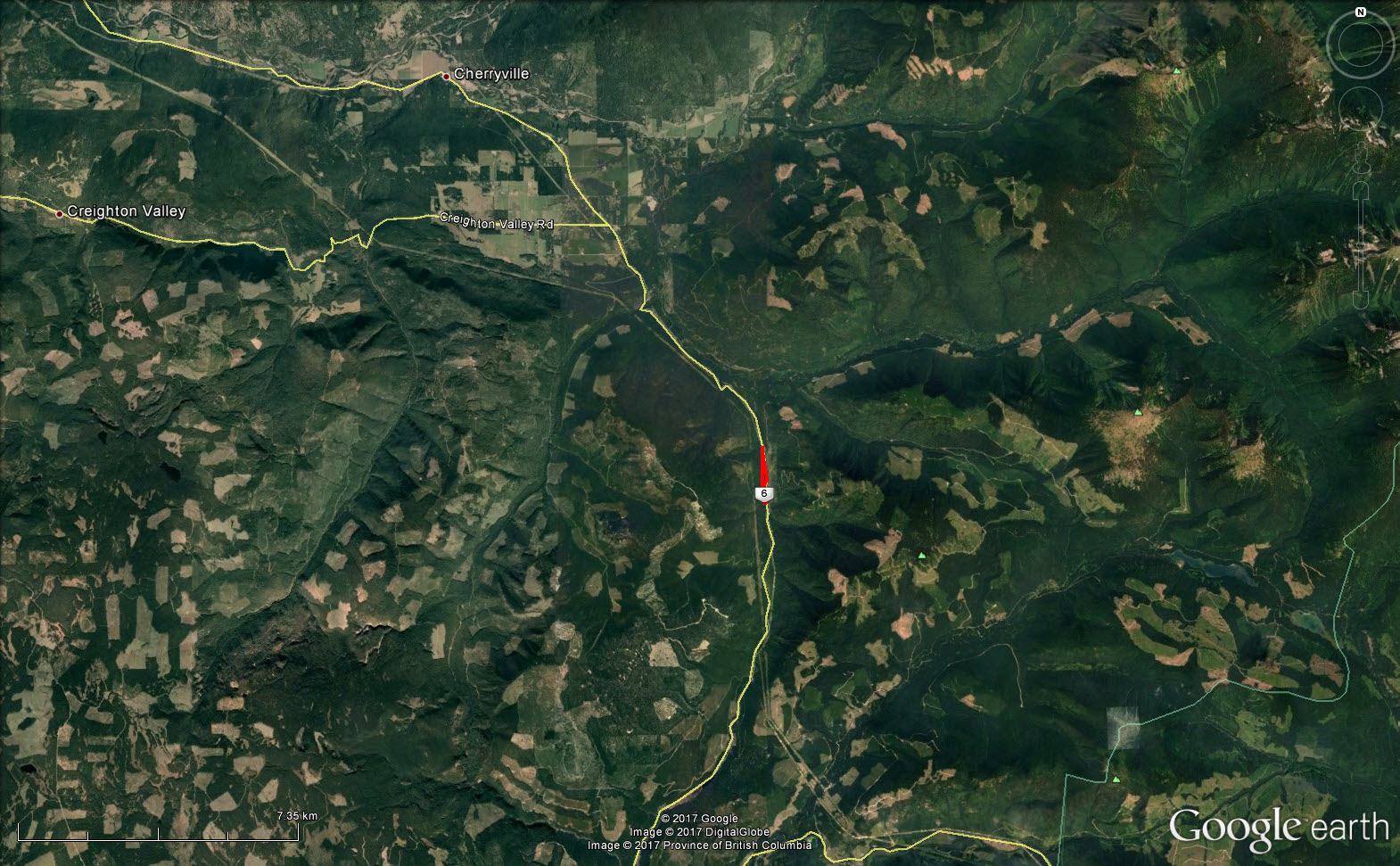 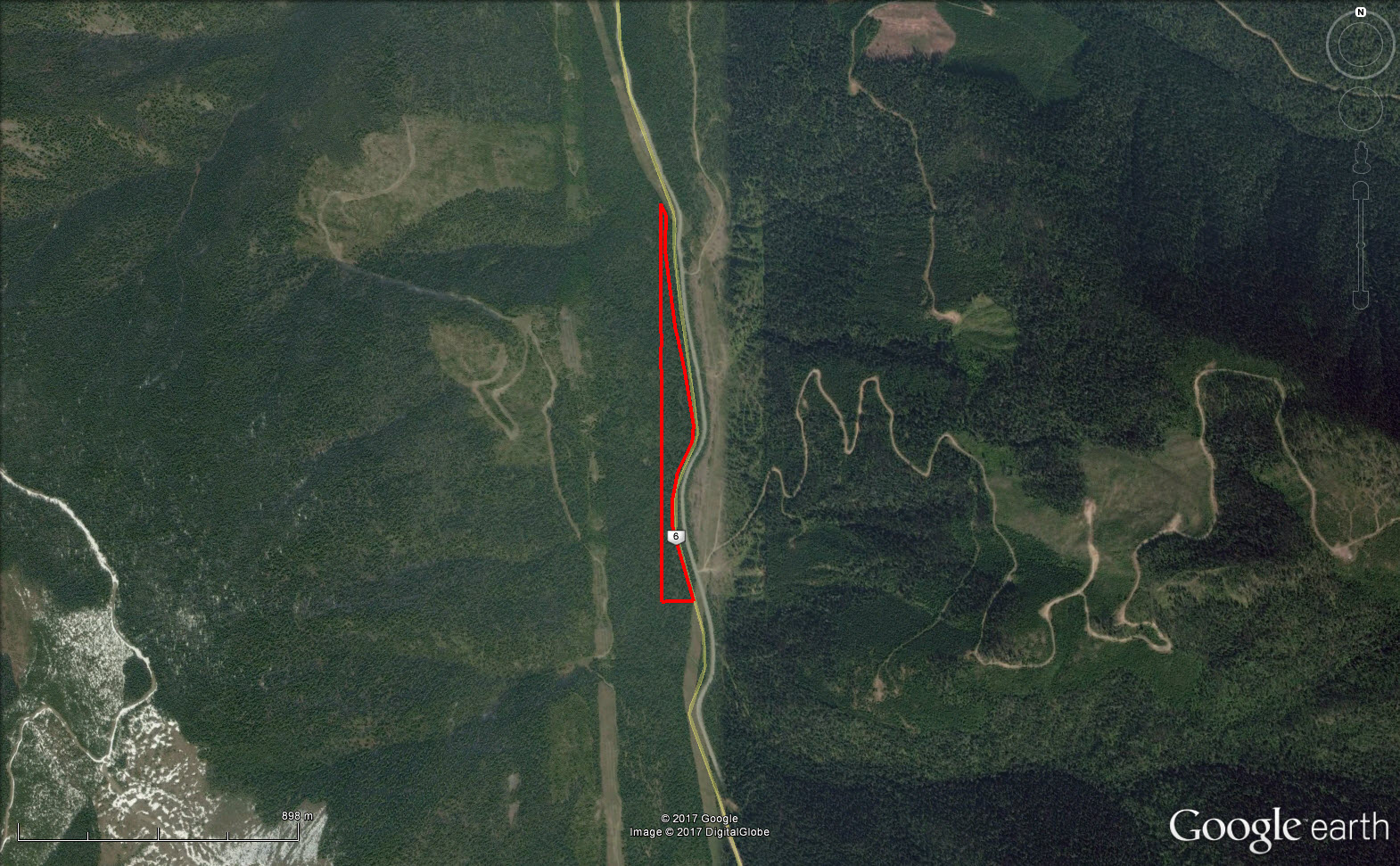 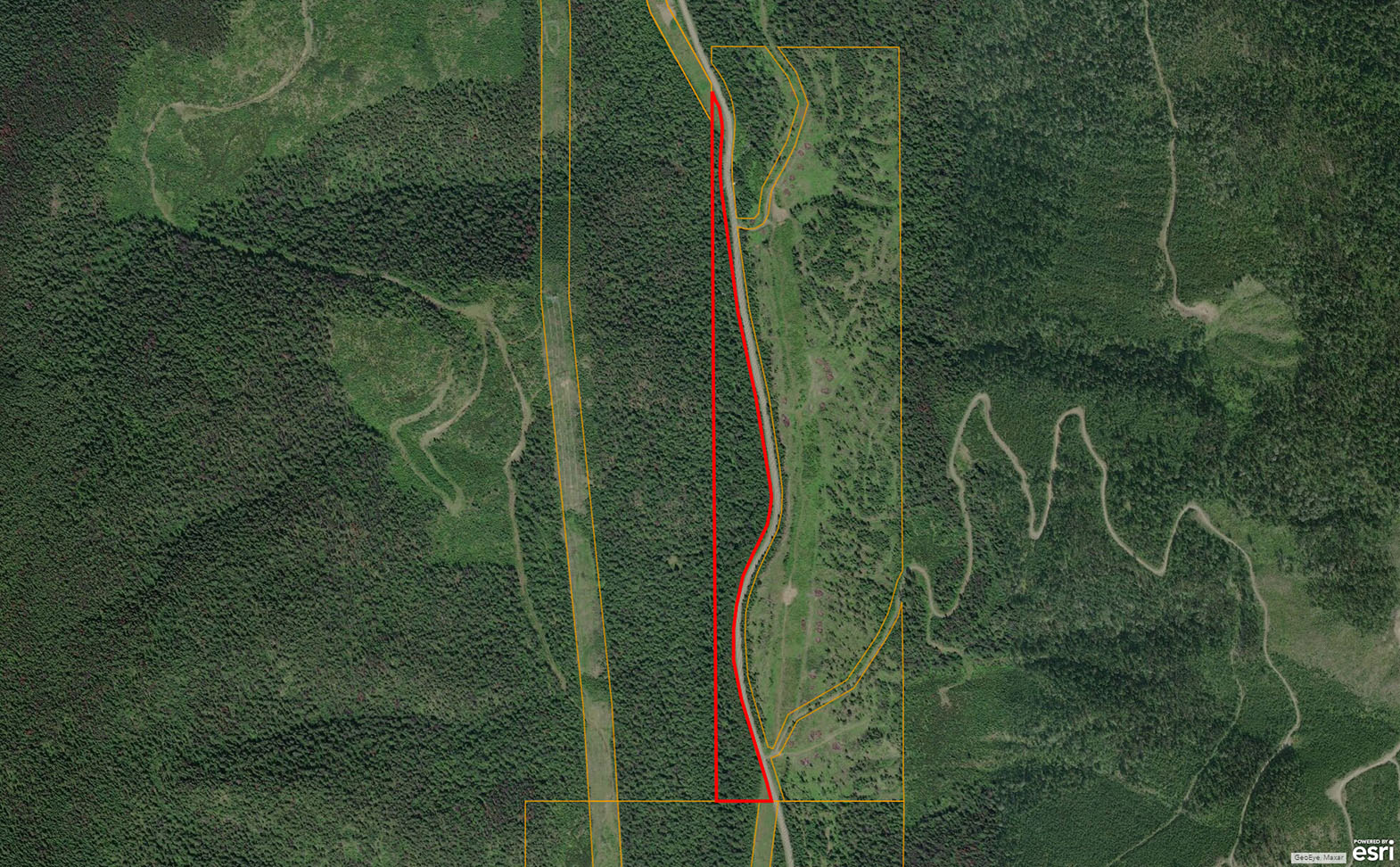 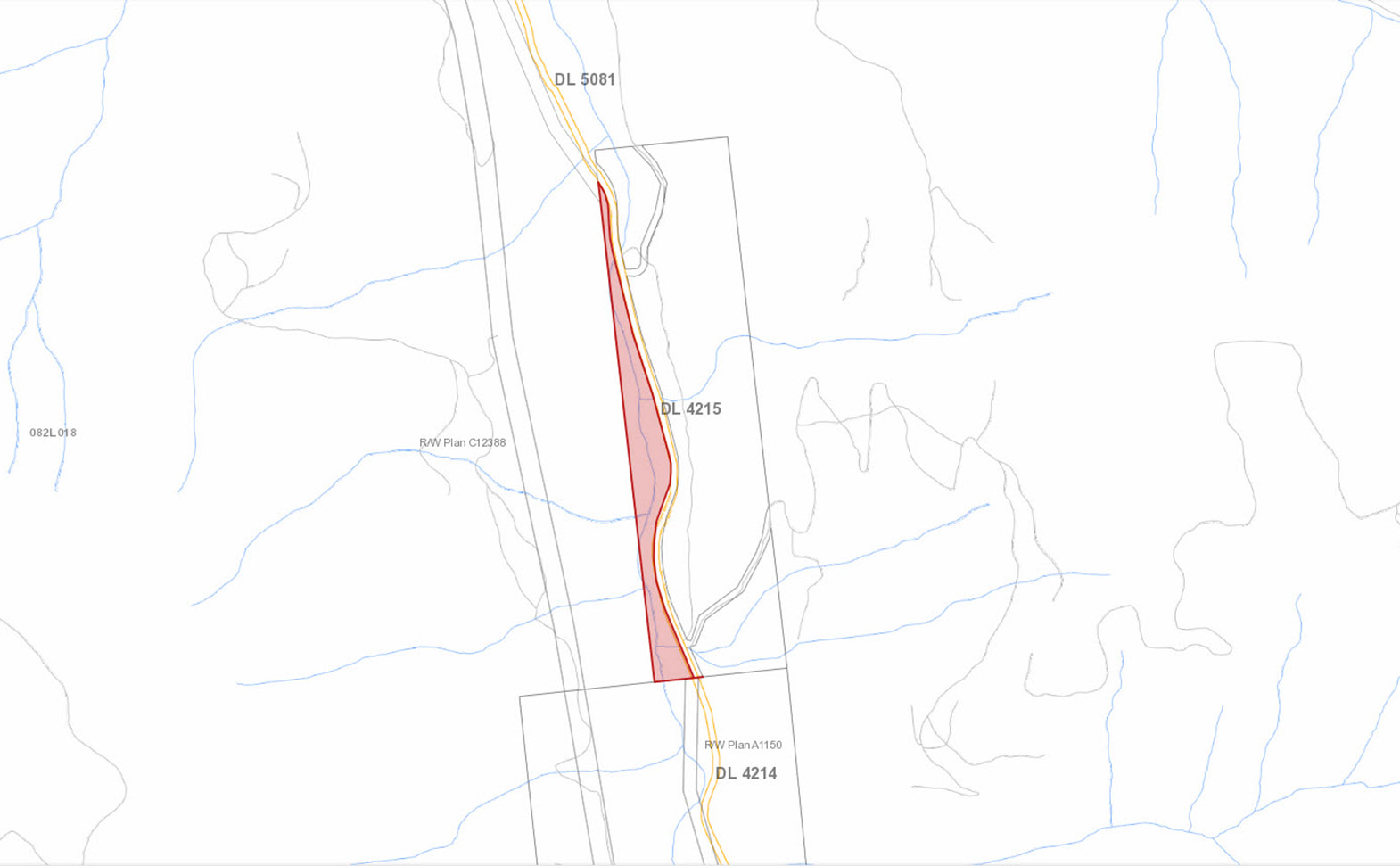