Affordable 7.63 Acres with Partially Built Structure in the Beautiful Setting of Baker Creek, BC

Excellent opportunity for someone looking for a quiet cabin style property, or a slower pace of life. 7.63 acres with frontage on to Baker Creek. Power, septic system & drilled well. Partially built structure, could easily be transformed into a residence, or storage building. 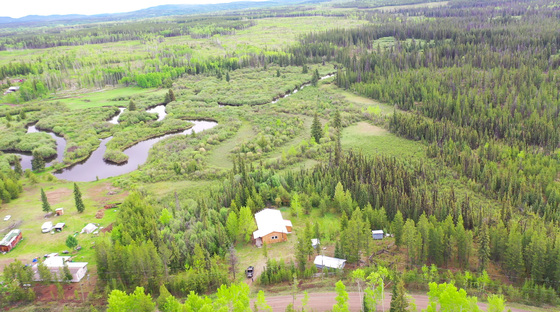 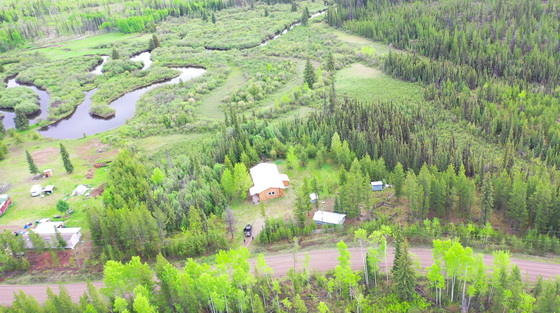 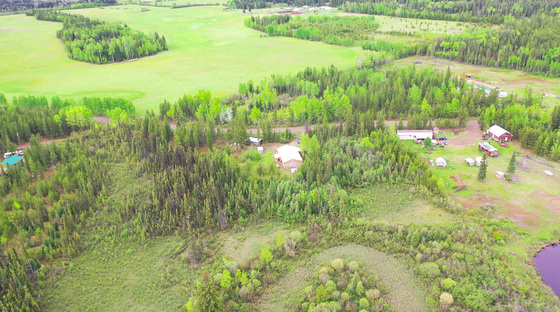 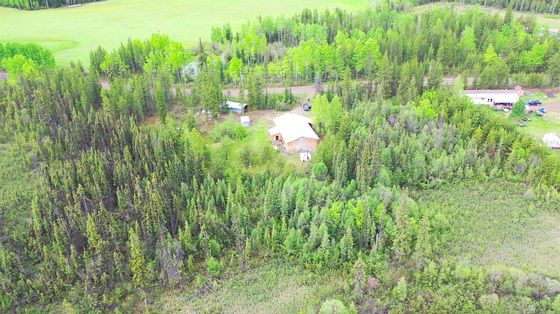 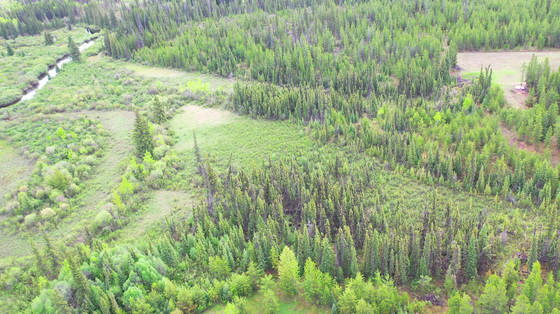 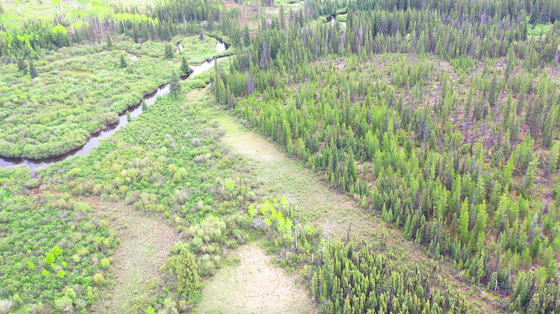 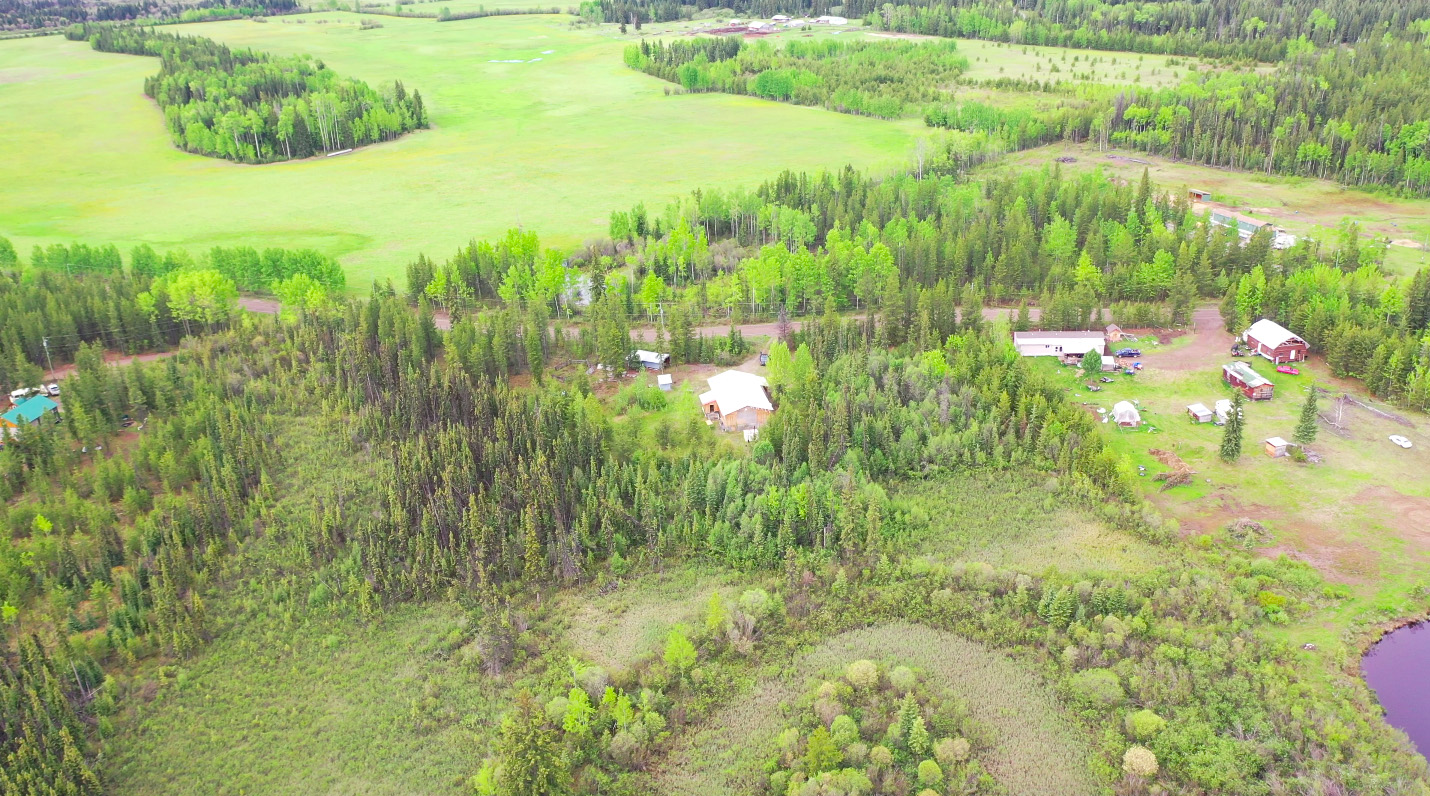 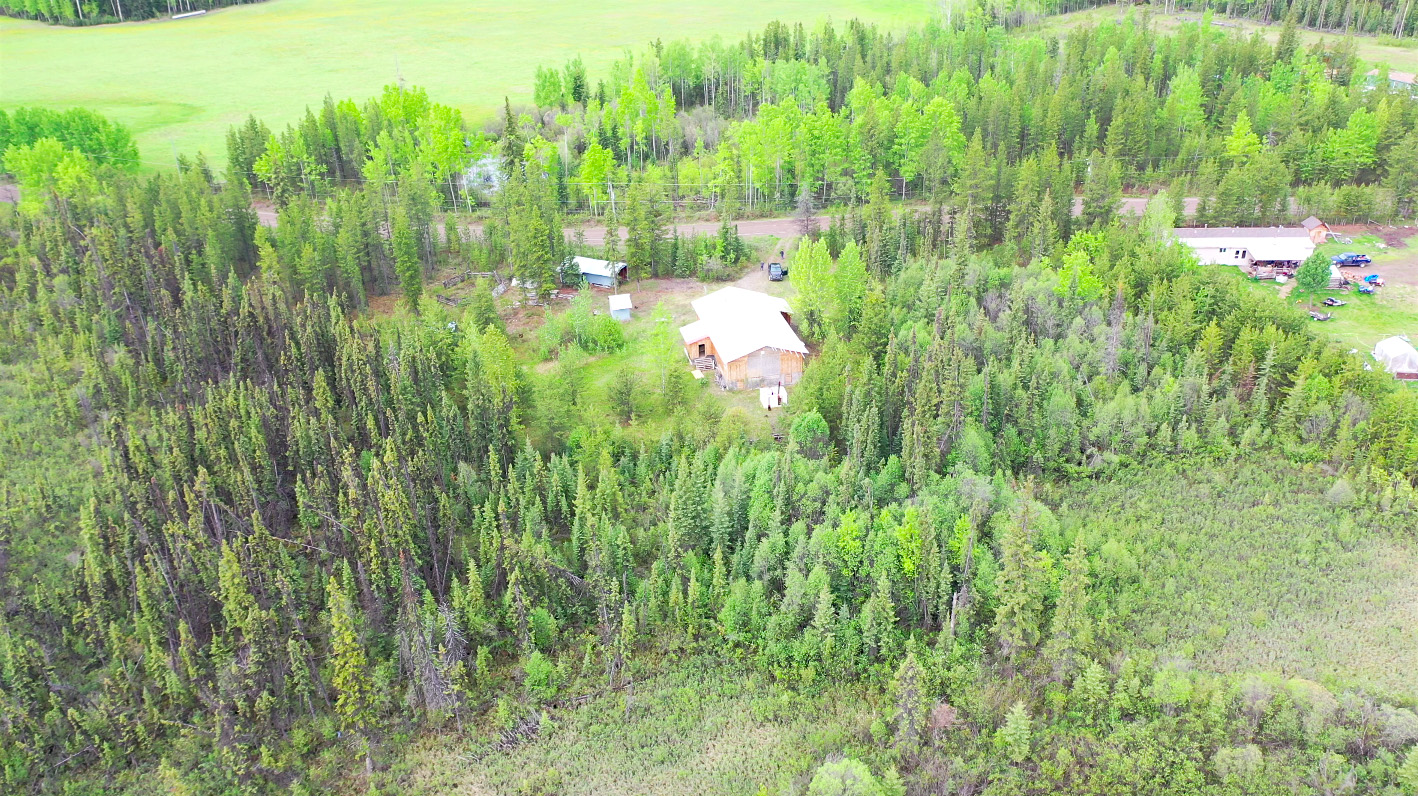 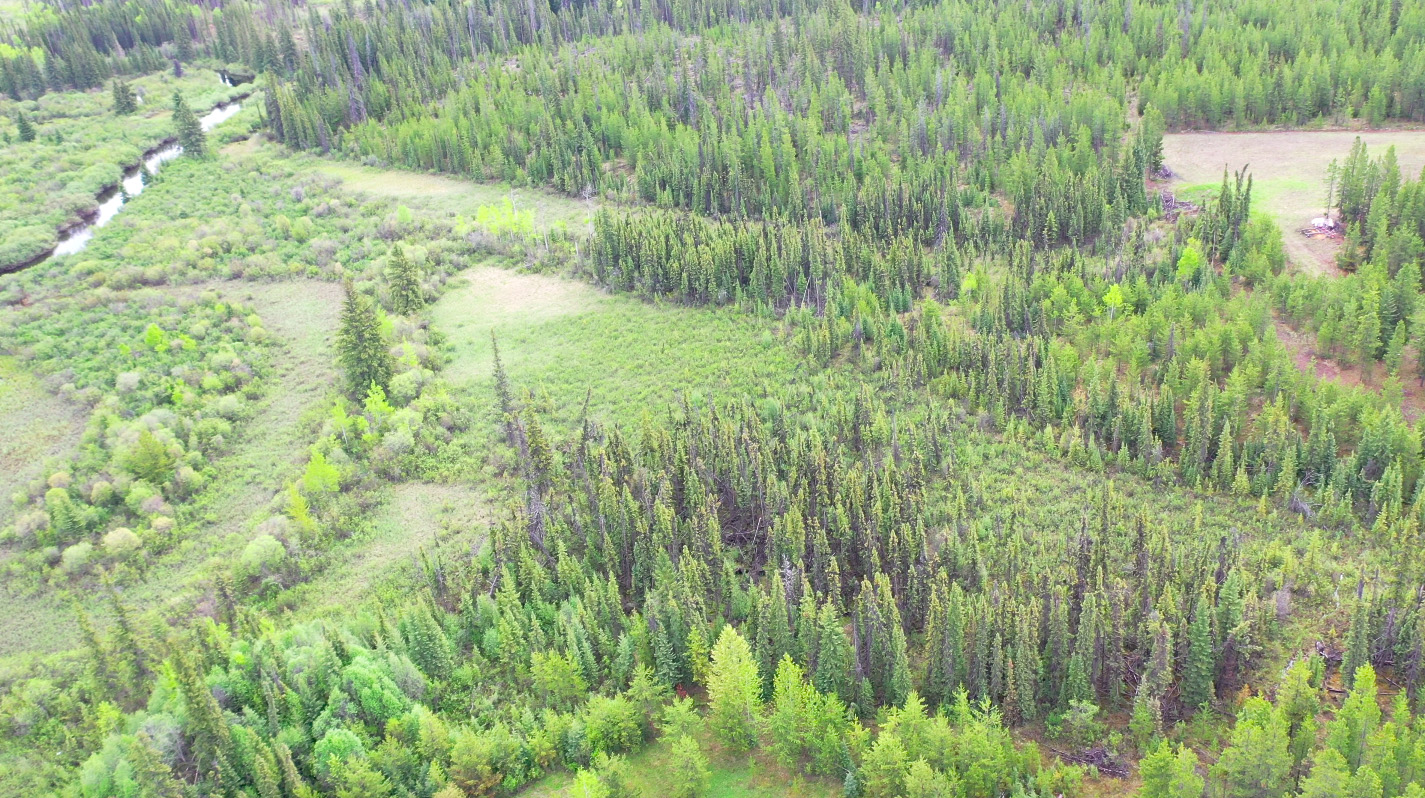 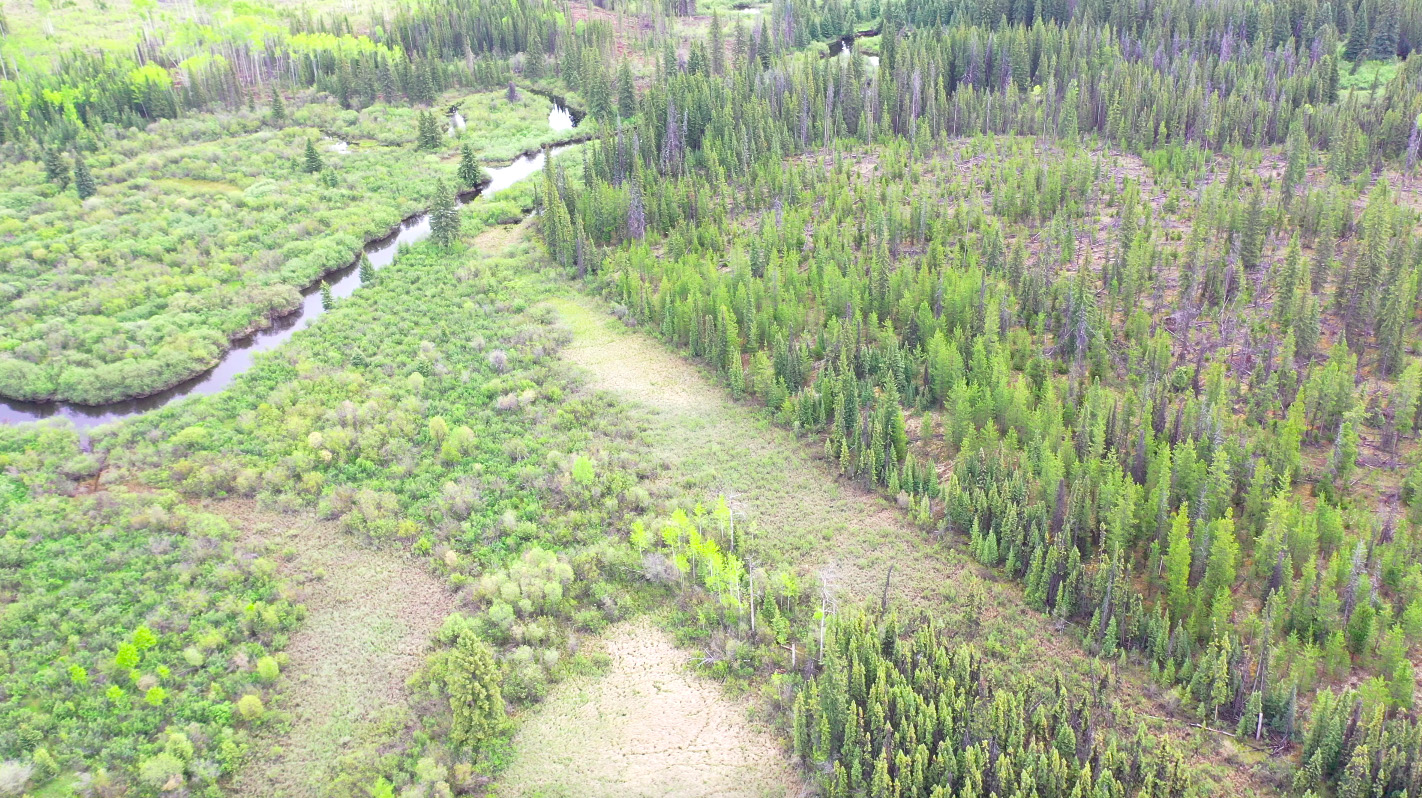 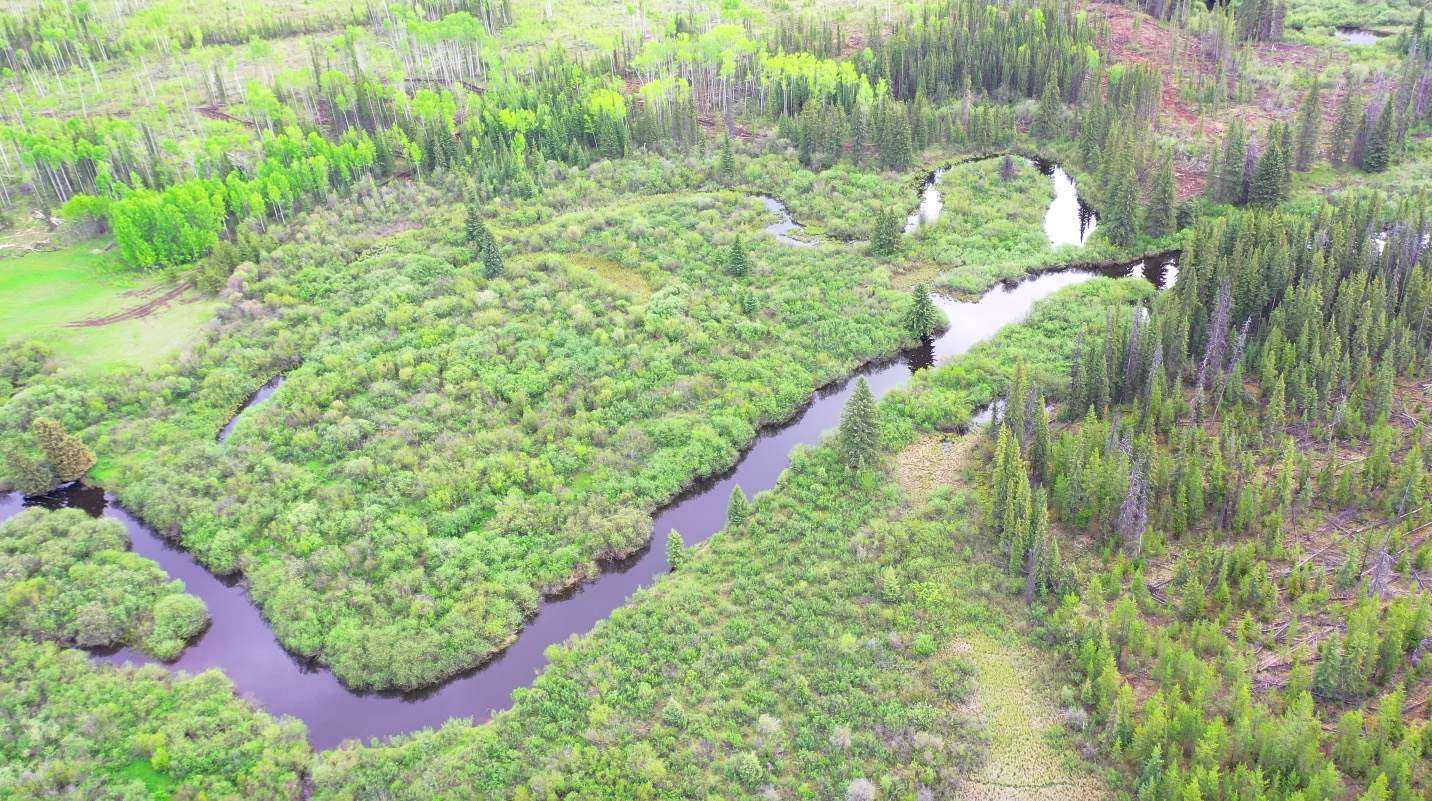 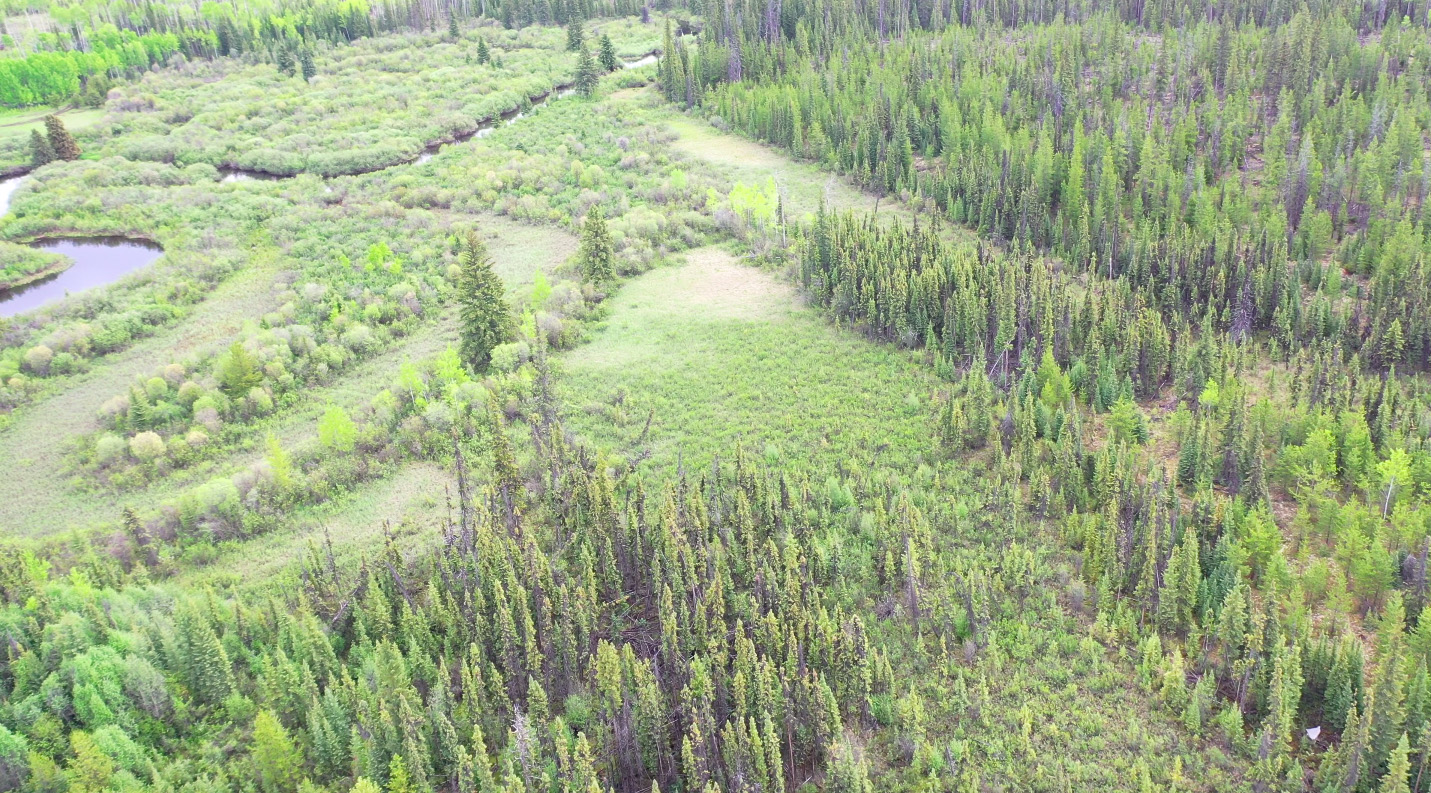 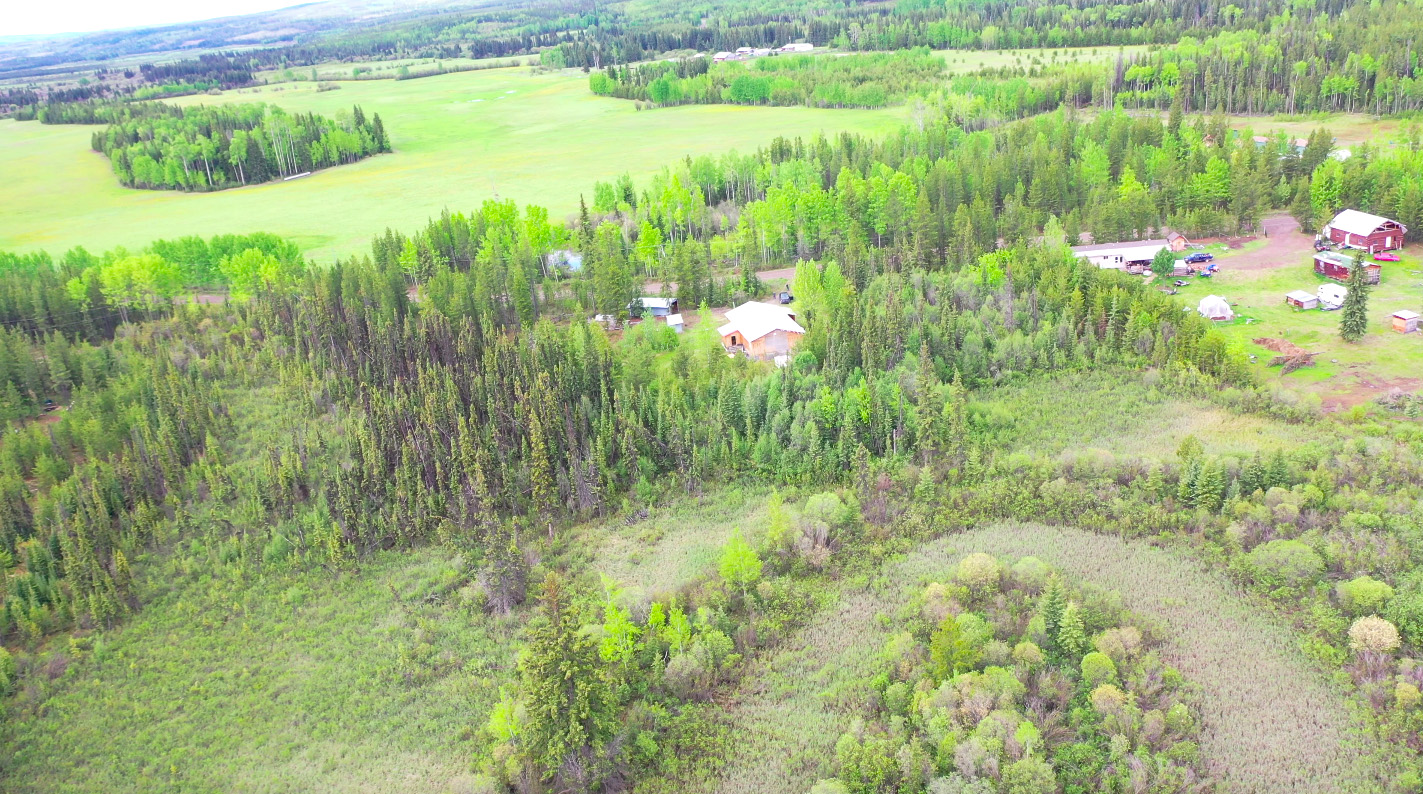 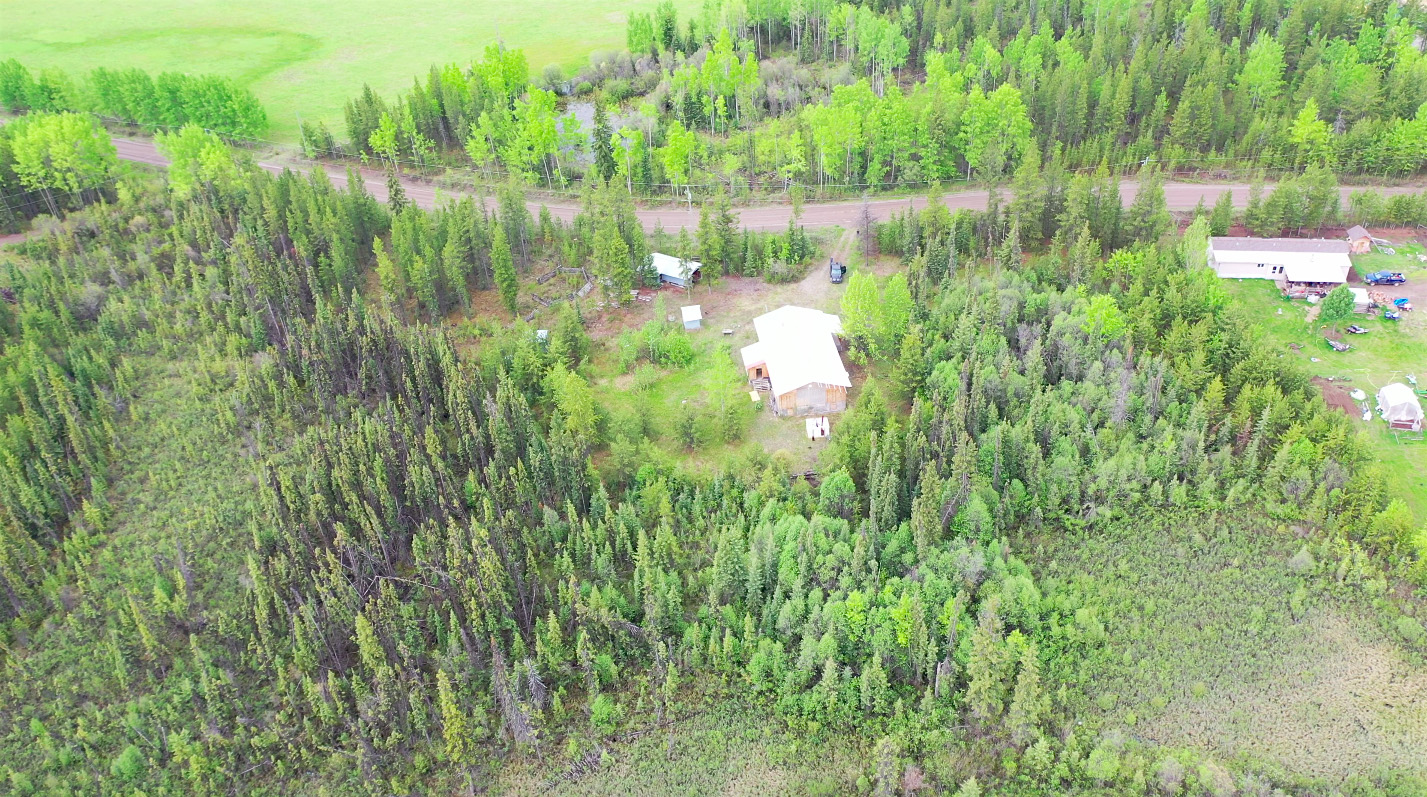 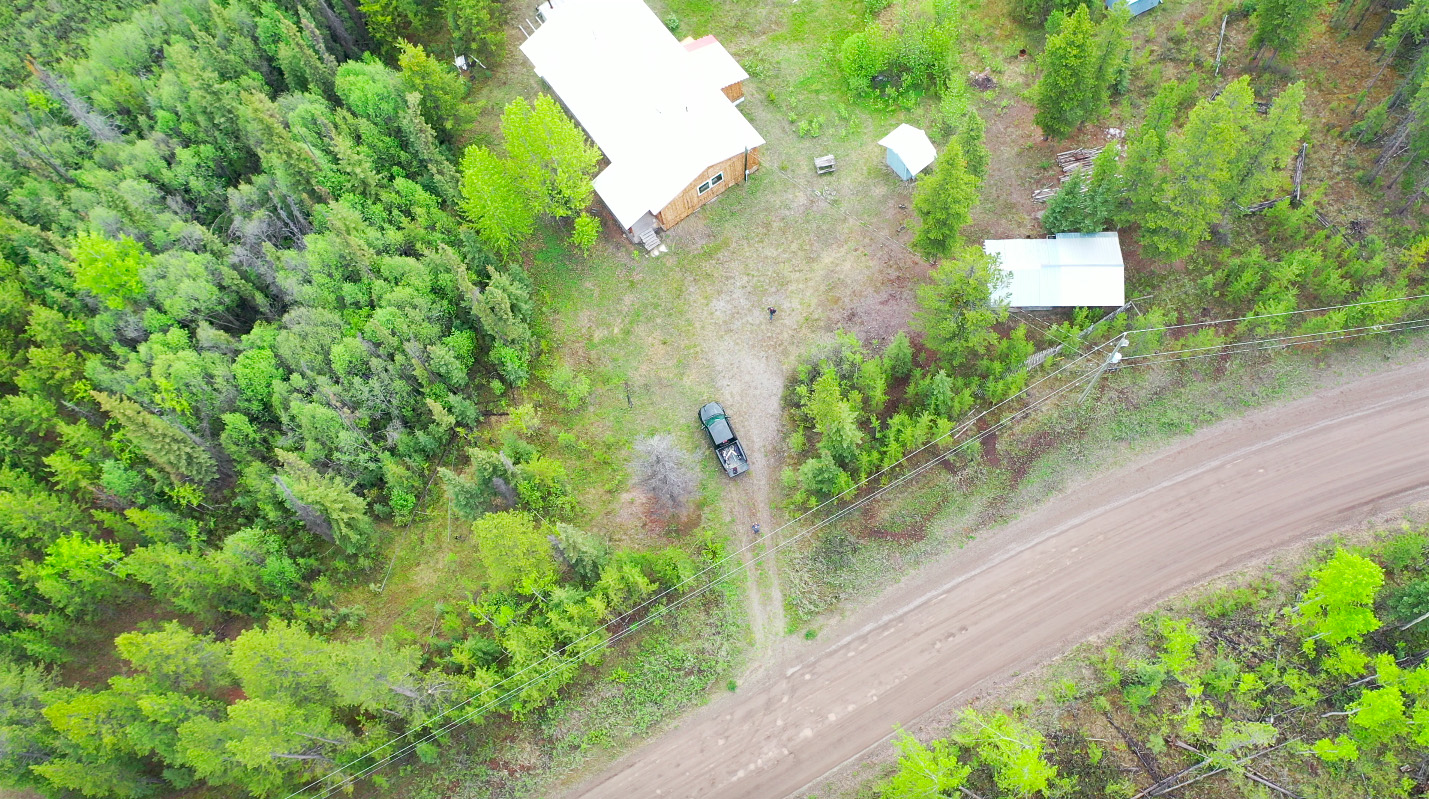 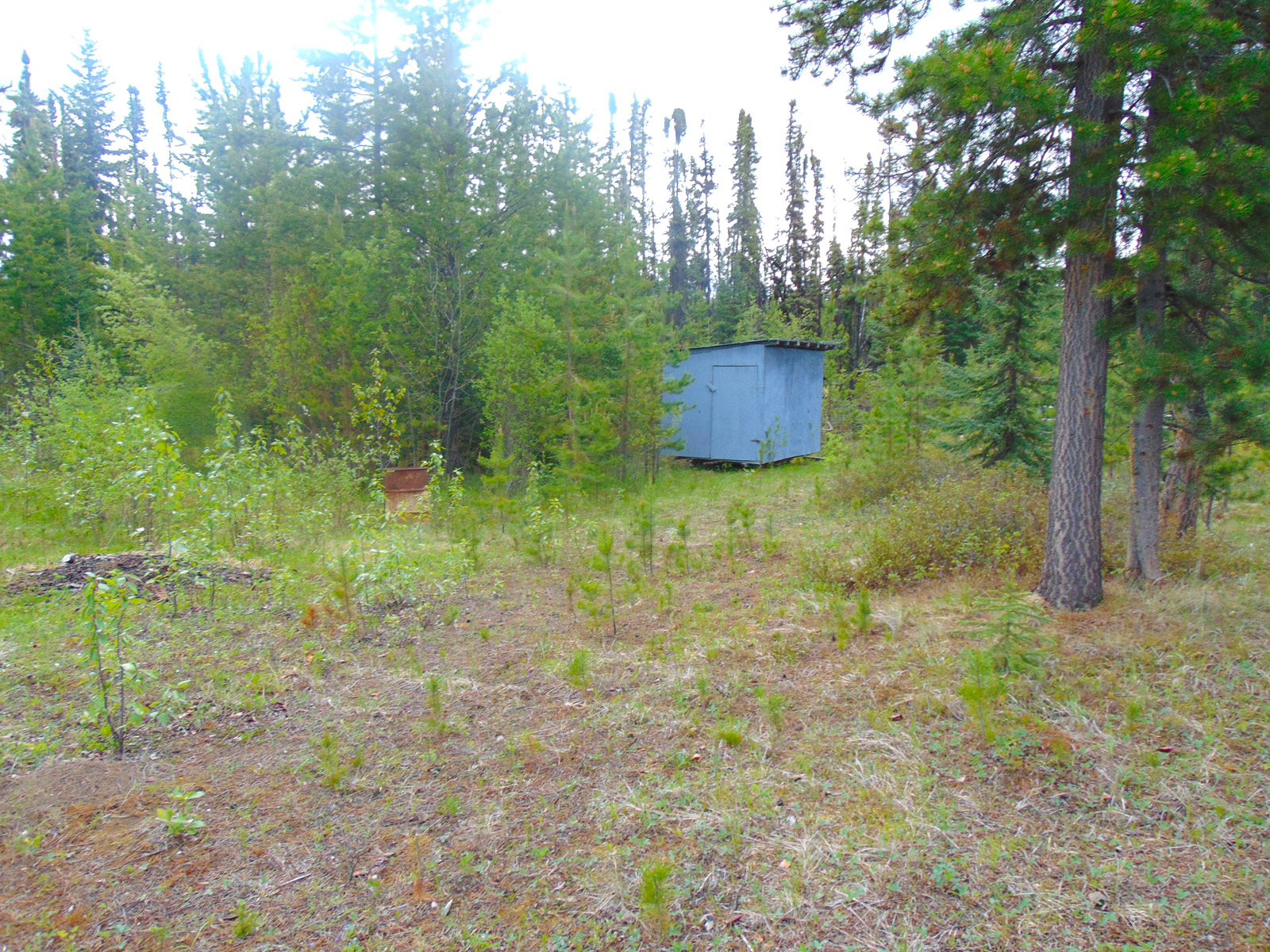 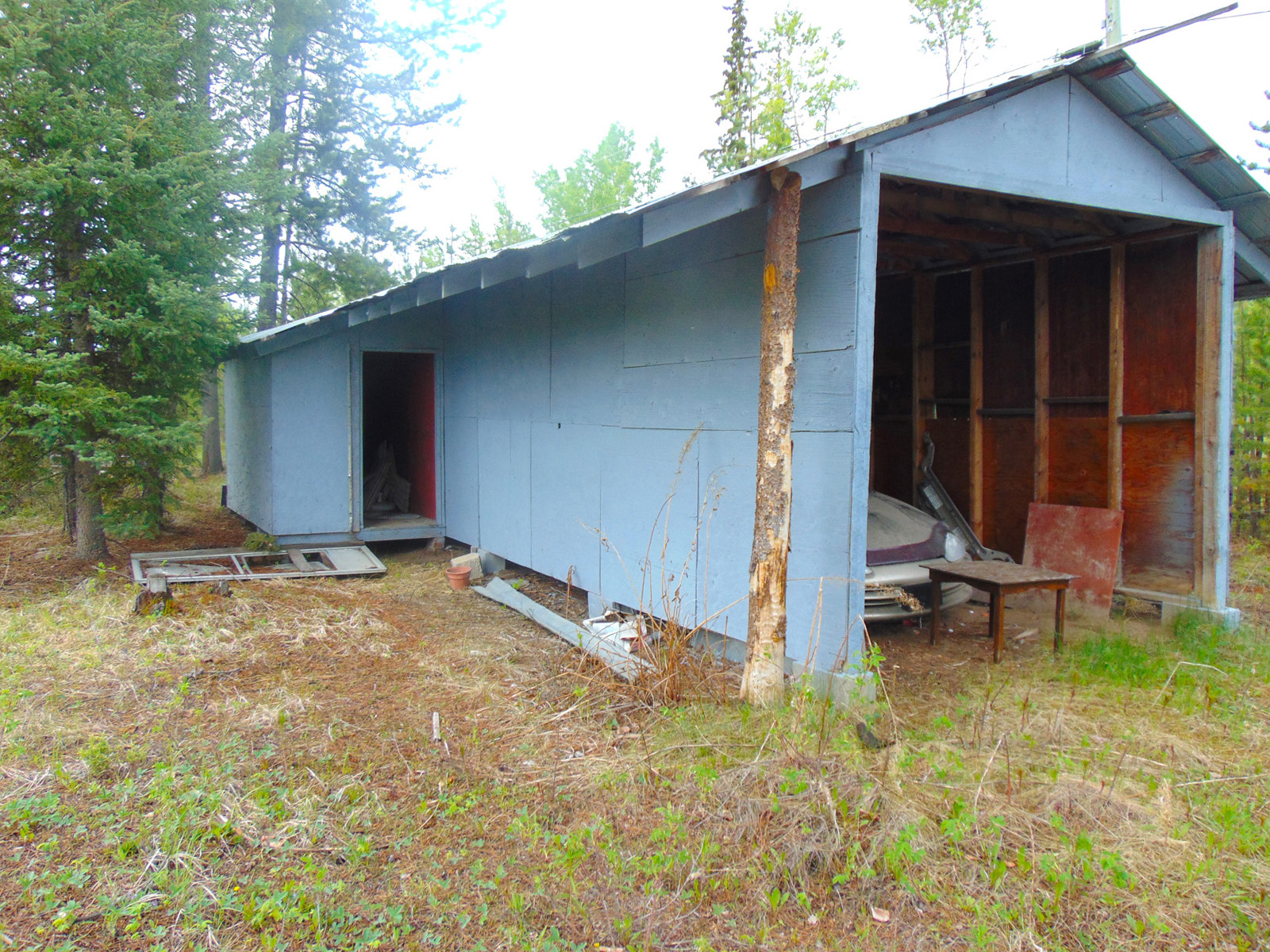 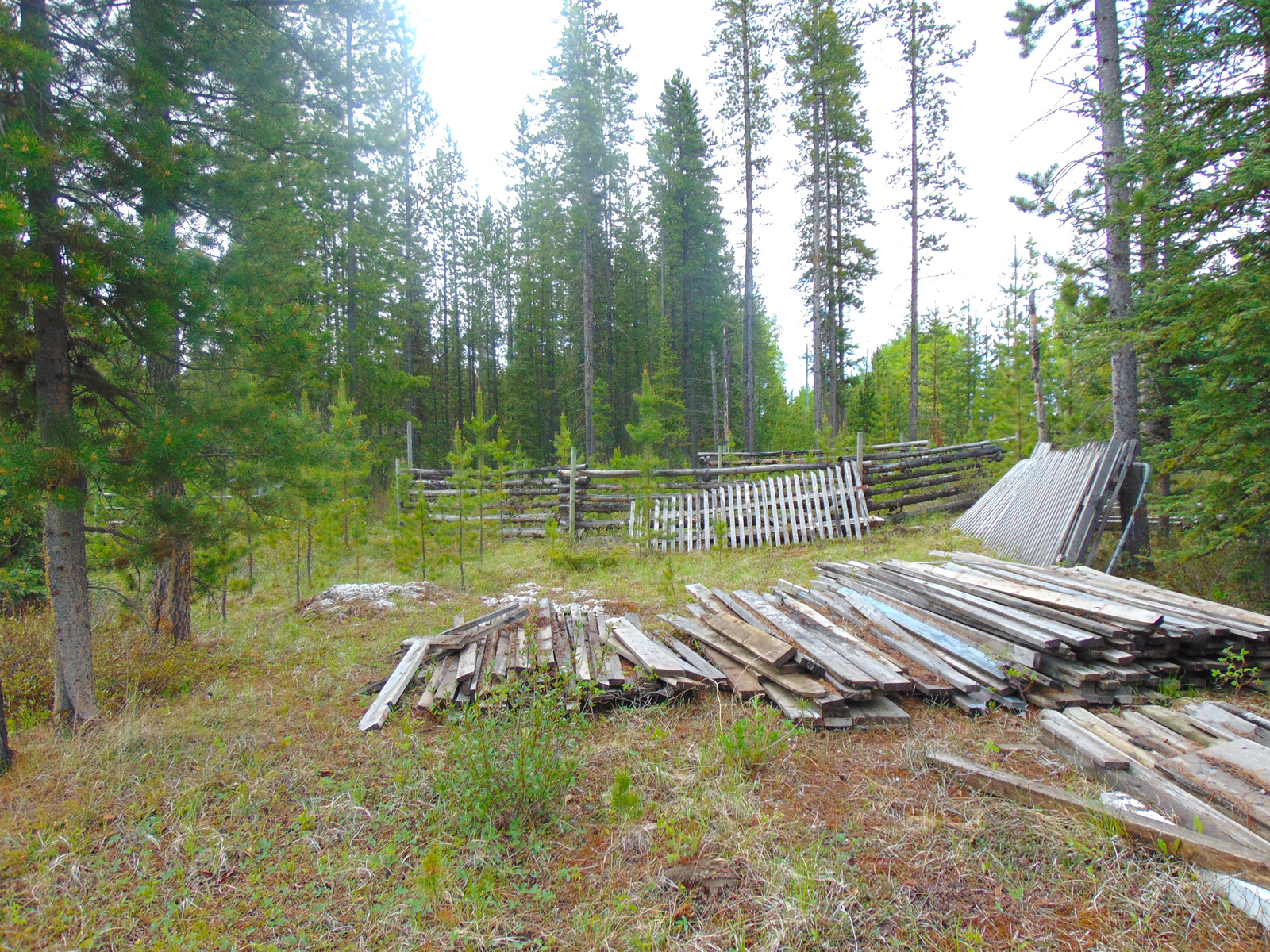 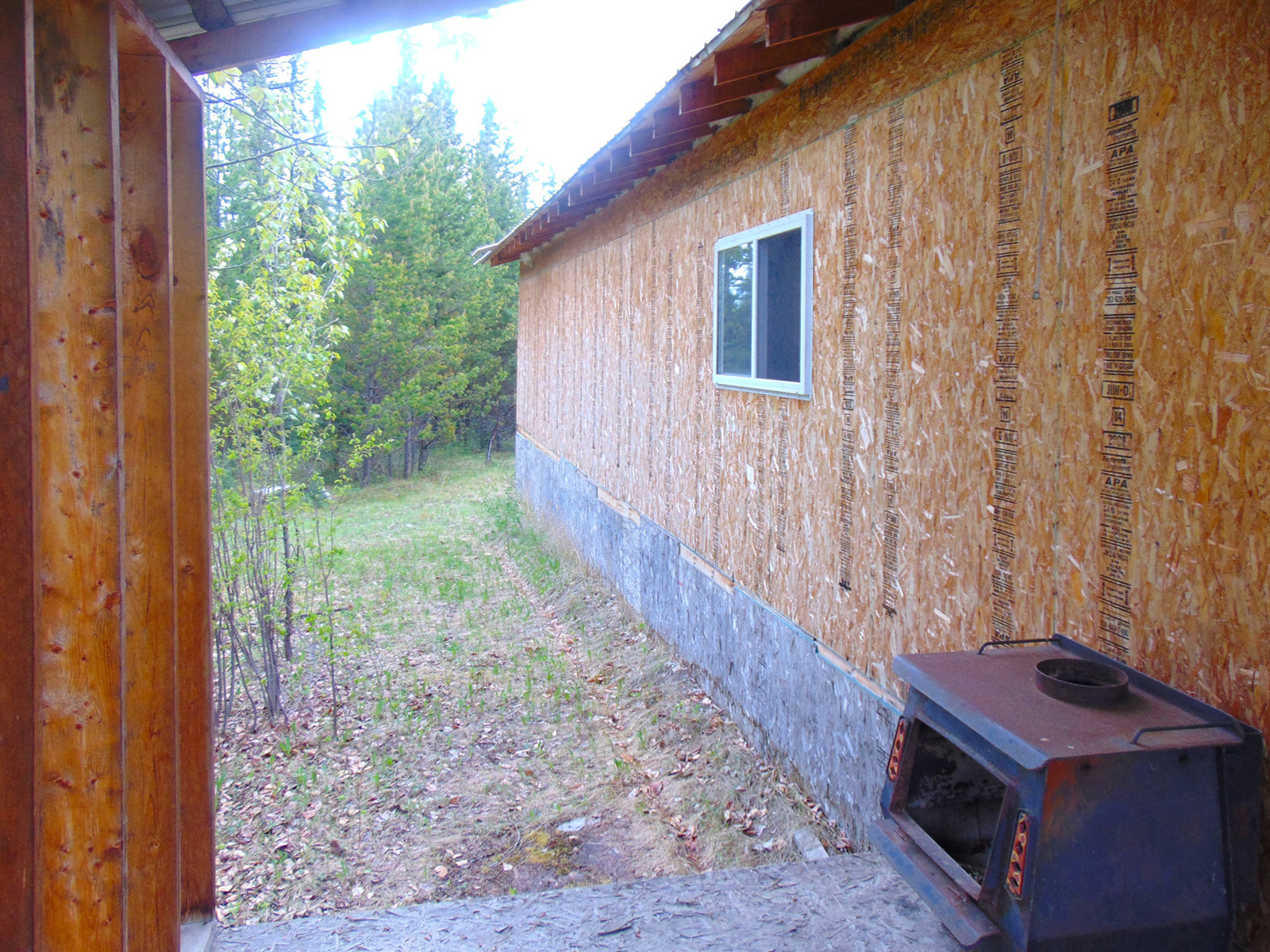 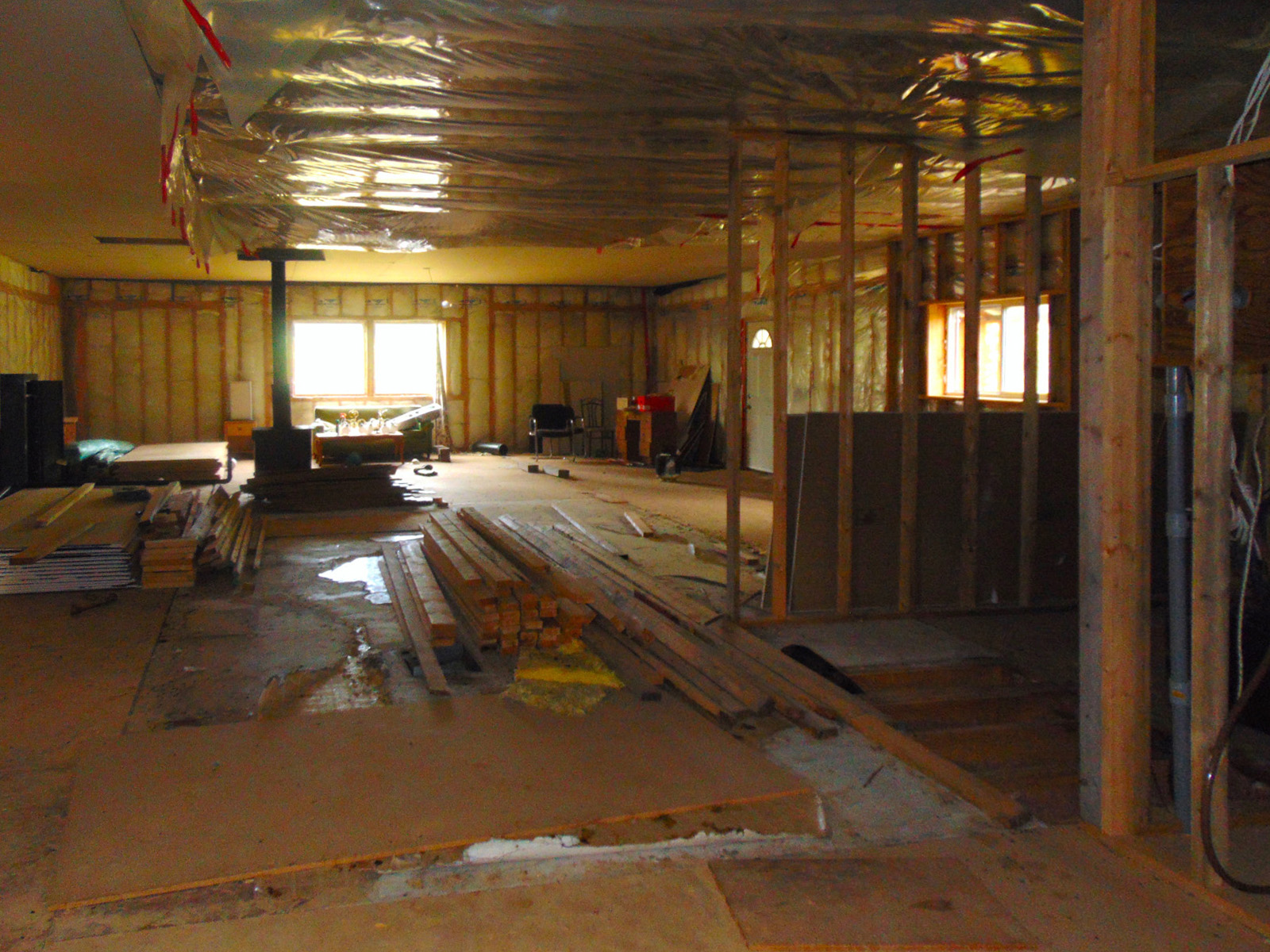 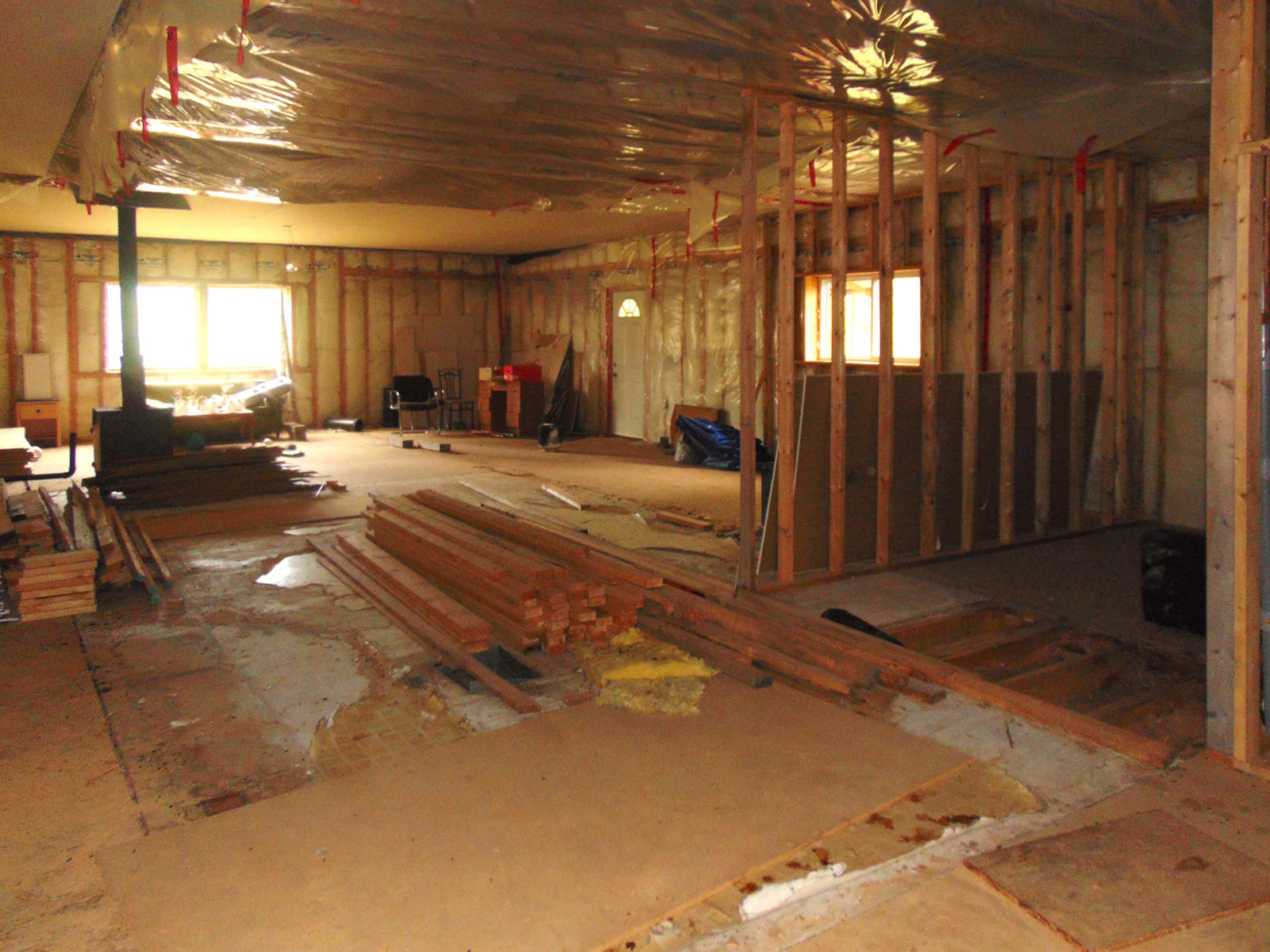 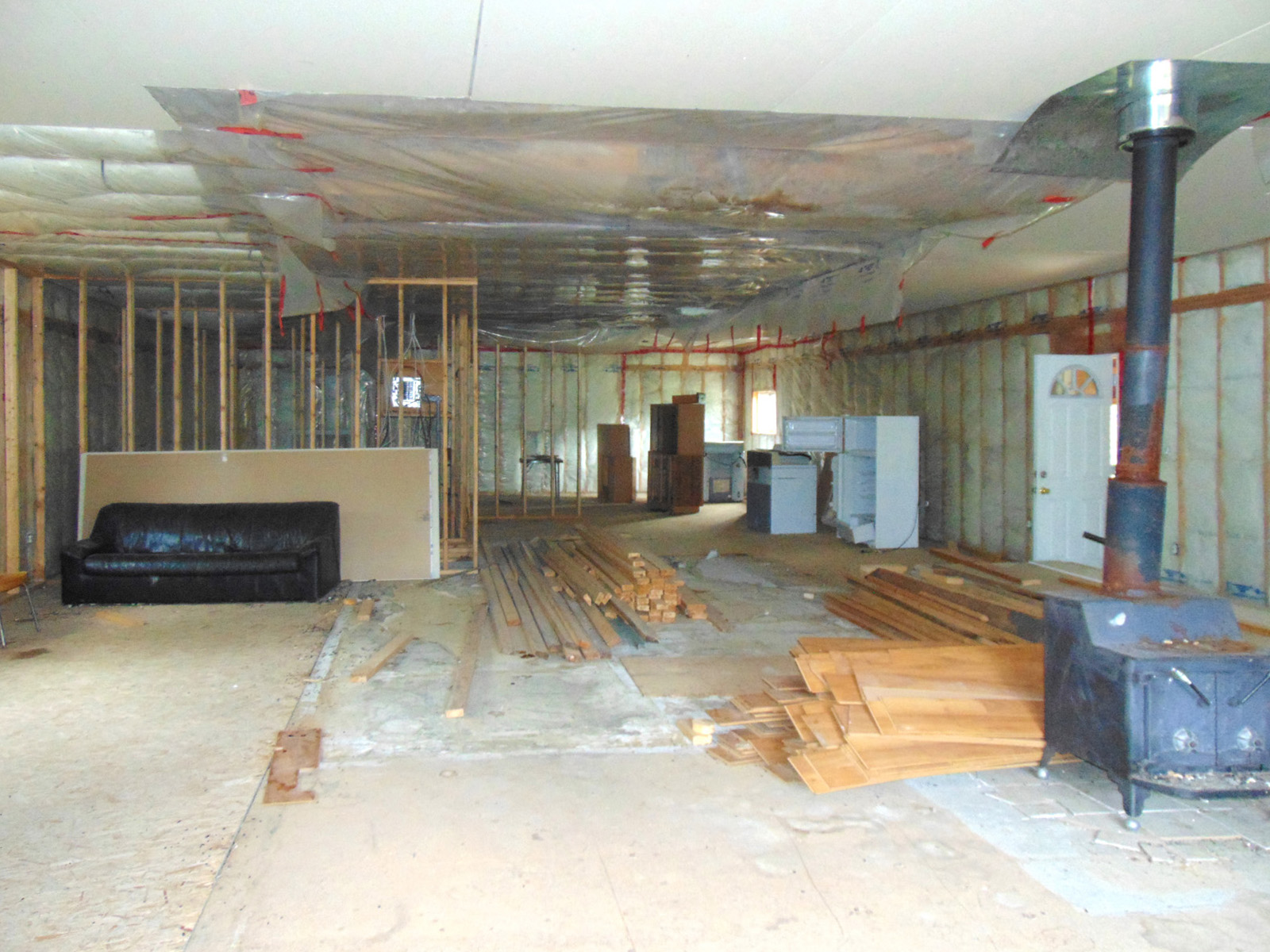 This 7.63 acre property has all the basic framework to create the home or recreational property of your dreams. Located in the wild and serene region of Baker Creek, this property is set amongst some of the most scenic countryside in the Cariboo. The property is a mixture of open meadow, coniferous forest, and river frontage. Baker creek gently meanders past the property at its northern boundary. The surrounding forests and water bodies create ideal habitat for sandhill cranes, moose, deer, bears and an assortment of water fowl.

On the property is a largely built structure, which could easily be converted into a residence, or utilized for storage. Much of the material to finish the build is already situated on the property. With some work, this structure would make an ideal family cabin. The structure sits elevated on the property and has a metal roof. The building is insulated and ready for someone to complete its construction. In addition to this structure, there is a well house and a covered storage shed/building perfect for housing vehicles.

The property already has its own hydro pole situated adjacent to the main structure. There is also a septic tank with field and a drilled well. Access to the property is off the Lavington Road, which is essentially paved right up to your doorstep.

From Sylvia’s Café on the Nazko Highway, head south along Tibbles Road for approximately 7.5 kilometres. Turn onto Lavington Road and continue south/southwest for 0.5 kilometres at which point the property will be on the east side of the road.

Baker Creek is a highly sought after recreational area, due to its raw beauty and seclusion along with its easy access to the town and employment center of Quesnel. Its proximity to Quesnel makes the Baker Creek region the perfect amalgamation of rural living and urban convenience.

There are several large lakes in the area including Puntataenkut Lake, Teltierone Lake, Tiltzarone Lake and Puntchesakut Lake. These lakes make the Baker Creek area a fisherman’s paradise with ample opportunity to catch a variety of game fish. In addition to the many lakes, the region has enormous tracts of public land with logging roads and trails providing excellent year-round access and exploration opportunity. Few other regions of the province offer such immense quantities of public land in close proximity to a major urban hub (Quesnel)

Quesnel is the closest urban center with a population of approximately 10,000. Within the greater North Cariboo region there are approximately 23,000 residents all serviced by Quesnel. The town is a major logging and transportation hub. Quesnel is surrounded by productive forests and sits conveniently on Highway 97 between the urban centers of Williams Lake and Prince George. Quesnel offers all the modern necessities required to supply and service your rural property in Baker Creek. Sylvia’s Café is a short trip up the road if you need basic items and do not have time to drive into Quesnel.

The G.R. Baker Memorial Hospital services the Baker Creek and Quesnel areas and helps ensure the continued health and safety of the area’s residents.

Forestry continues to dominate, as the region’s major economic driver with tourism constituting a close second. West Fraser, Tolko and C&C Wood Products are all active in the region and have made recent significant investments in their Quesnel operations.

The area surrounding the subdivision is as wild as anywhere in British Columbia. With dense forests, open hillsides, multiple river systems and standing lakes, Baker Creek is home to a multitude of wildlife. Within a short commute from the property you can see mule deer, moose, elk, bears, wolves, bald eagles, sandhill cranes, cougars and more. The bird life is very impressive.

Lodge pole pine is the dominant tree species in the Baker Creek region. In areas of low lying wetlands, white spruce may be found in abundance. Pine tends to dominate the ridges and hills while the marsh grass and willow is concentrated in the lower sections of the landscape.

The region surrounding the property is famous for its outdoor recreational opportunities. The following activities are available:

The property sits in Management Unit 5-13 offering hunting opportunities for mule deer, moose, bear, wolves and multiple game bird species. The ecosystem surrounding Baker Creek is rich and healthy allowing large populations of wild animals to flourish. There are options to hunt both private land (with permission), or on the thousands of square kilometres of surrounding Crown land.

Within a short commute, the ample annual snowfall and high altitudes to the west create some of the best snowmobiling opportunities around. There are infinite miles of seismic trails/logging networks to explore.

The same snow, which affords excellent snowmobiling opportunity, provides excellent cross-country skiing conditions. This is a wonderful way to explore the peaceful country side without the constant hum of an engine.

The many river networks and lakes that dot the landscape provide infinite fishing and boating opportunities.

With all the surrounding Crown land and nature, the options for hiking and camping are endless.

The long summer days allow certain vegetables to grow large, but the growing season is short compared to some areas of the province. There is plenty of space on each lot to construct a garden.

Quesnel, being so close, offers the opportunity to eat out for dinner, catch a flick or enjoy the community rec center.

As part of his commission from the North West Company, Fraser and his assistants John Stuart and James McDougall explored potential river routes to the Pacific Ocean from 1805 through 1808. Explorations in the winter of 1805-06 by McDougall resulted in the discovery of Carrier's Lake, now known as Stuart Lake. In the heart of territory inhabited by the Carrier or Dakelh First Nation, this proved to be a lucrative locale for fur trading and so a post, Fort St. James, was built on its shore in 1806. In 1821, the fort came under the control of the Hudson's Bay Company, when the North West Company merged with it. It subsequently became the administrative headquarters of the Company's vast New Caledonia District. 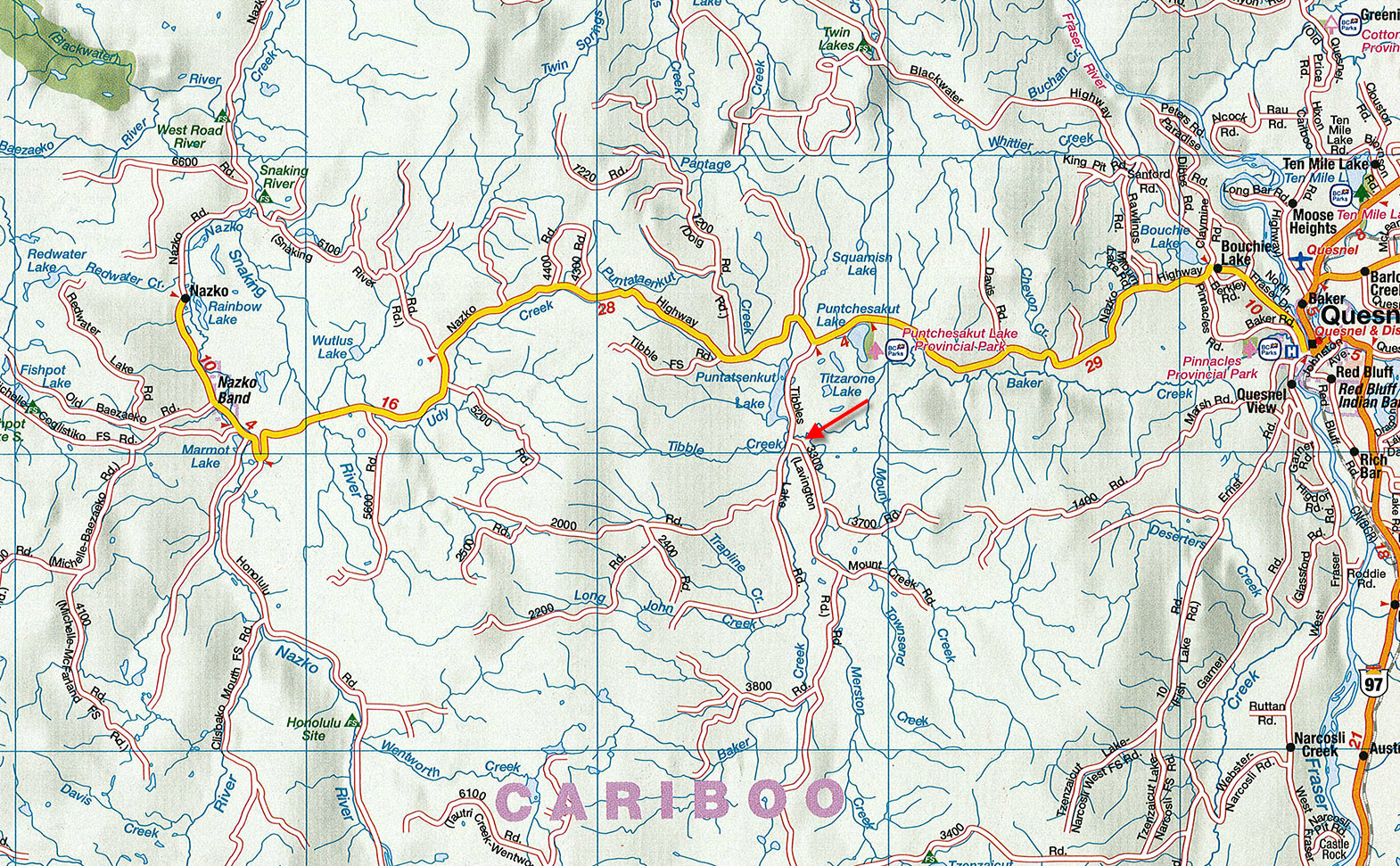 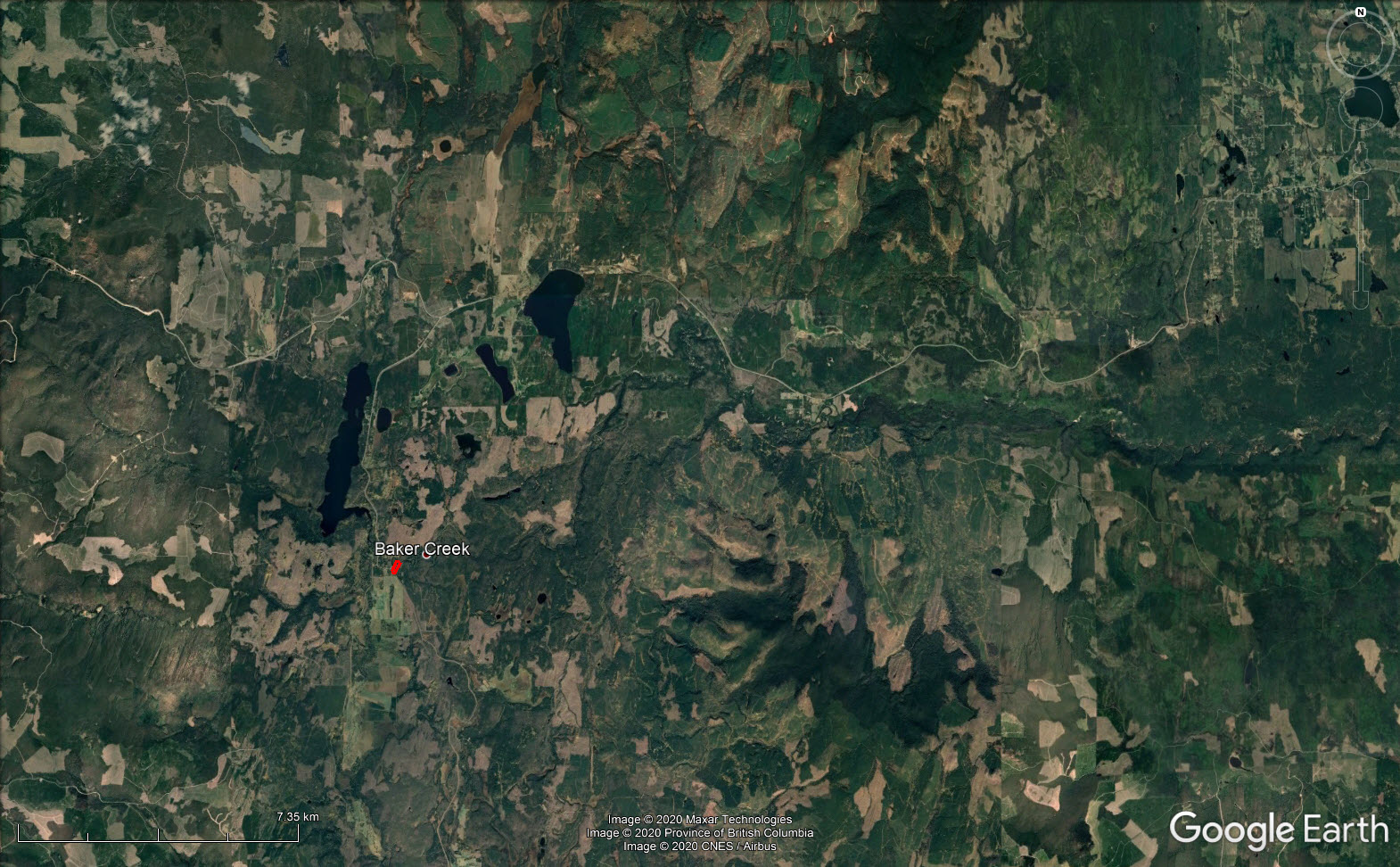 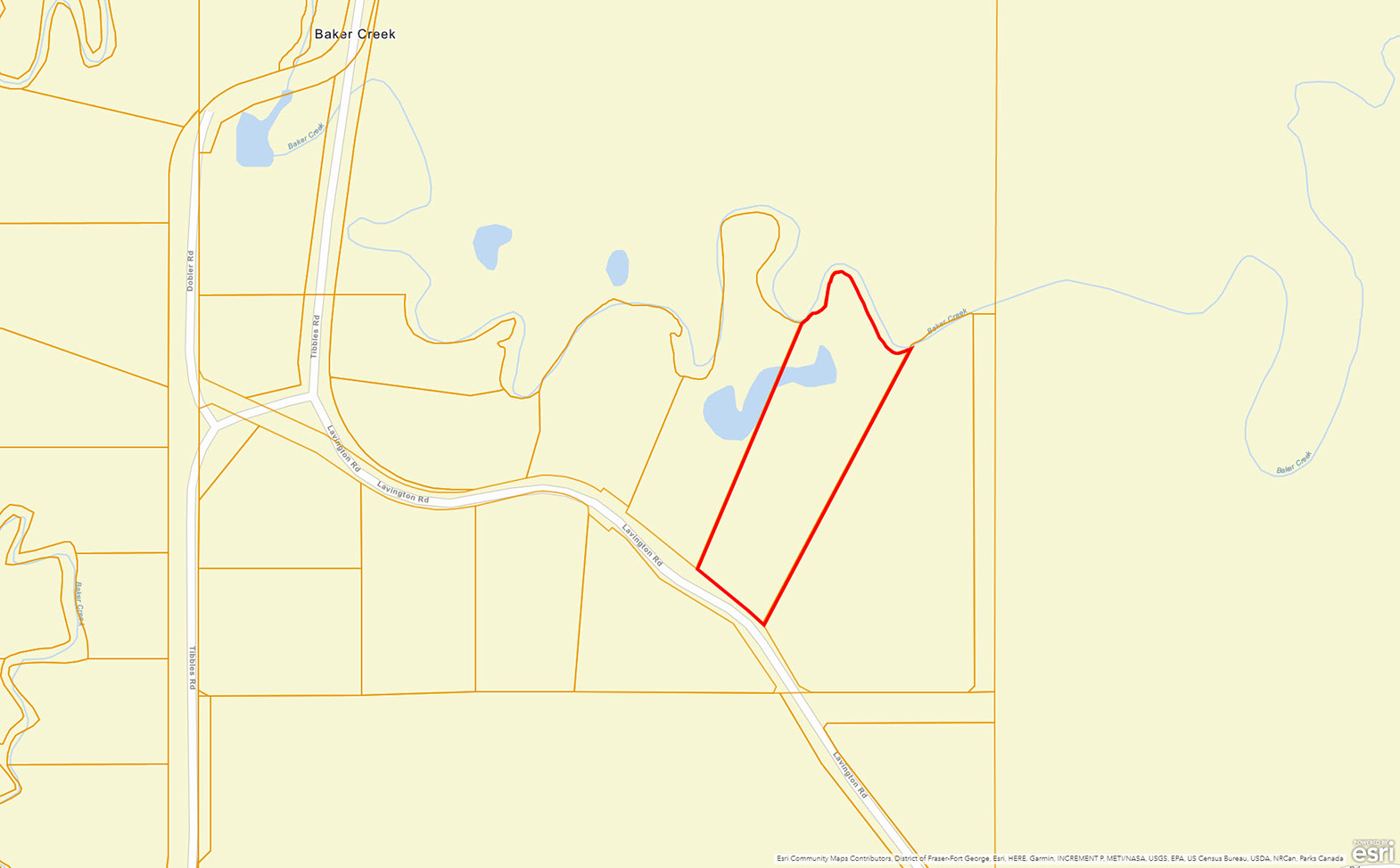 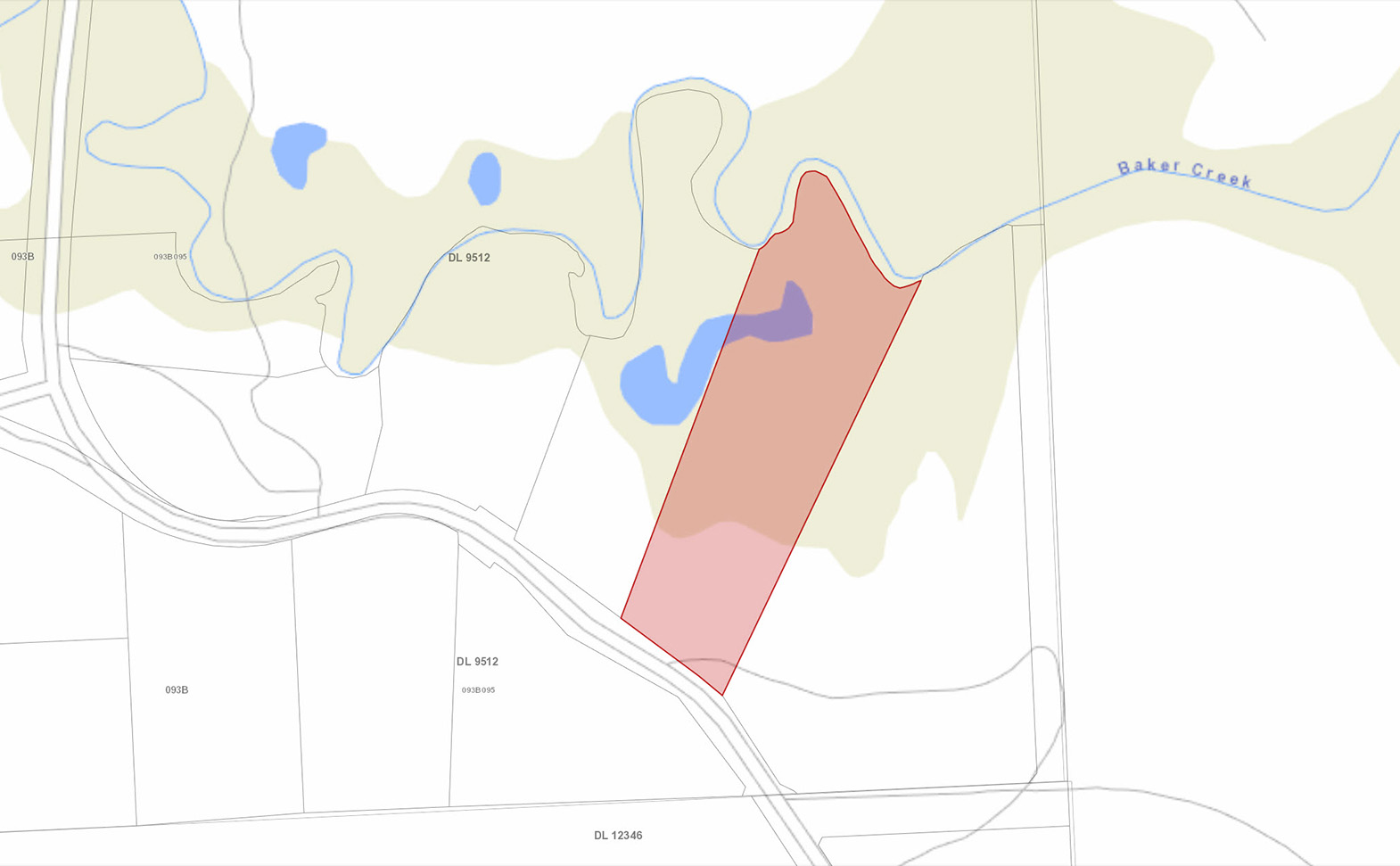