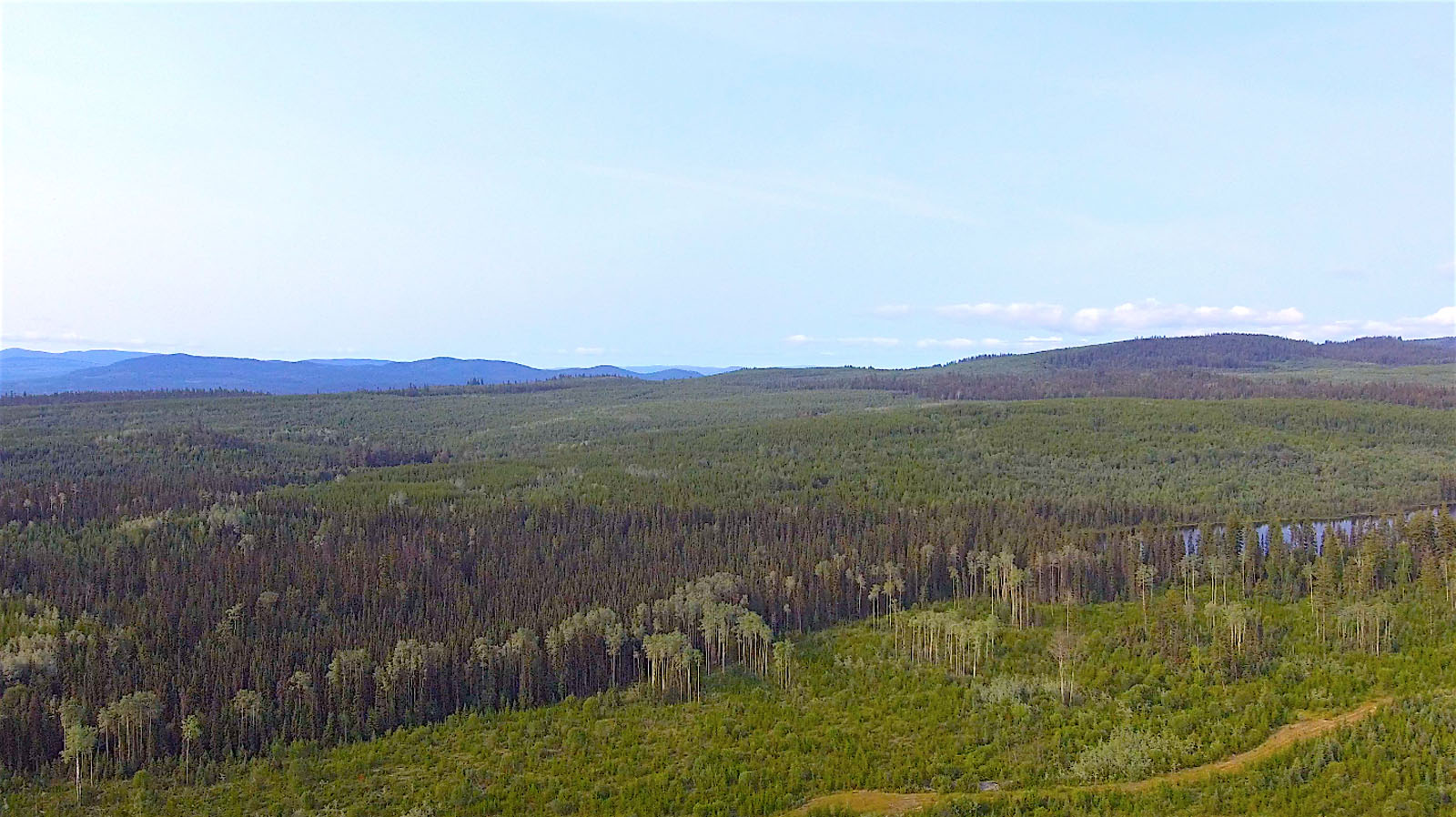 2 lots, 220+ acres with timber. Located on Stuart Lake and accessible by 4x4 and boat. Provides a wonderful sense of seclusion, excellent panoramic views of the lake & surrounding wilderness. Surrounded by Crown to the north. Several older logging roads in the area. 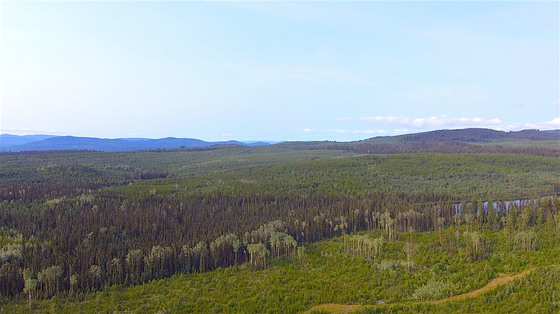 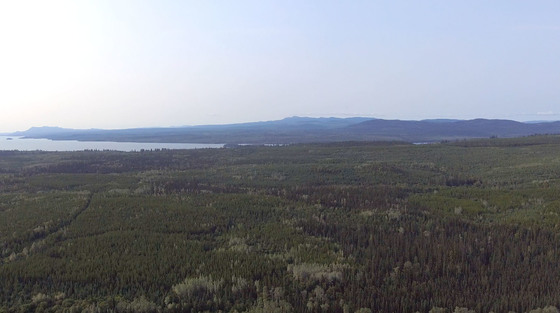 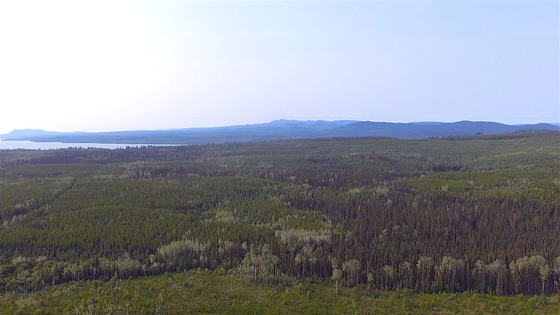 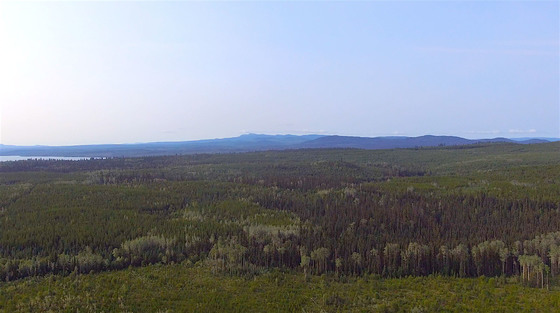 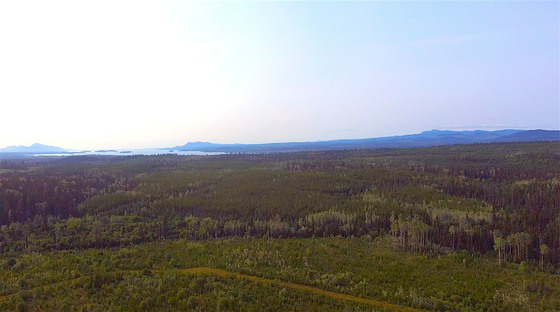 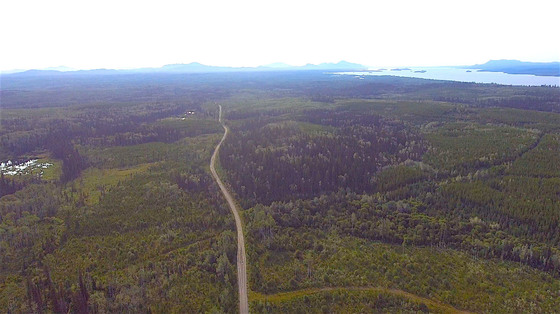 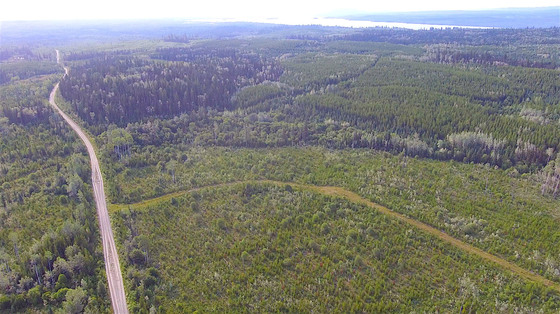 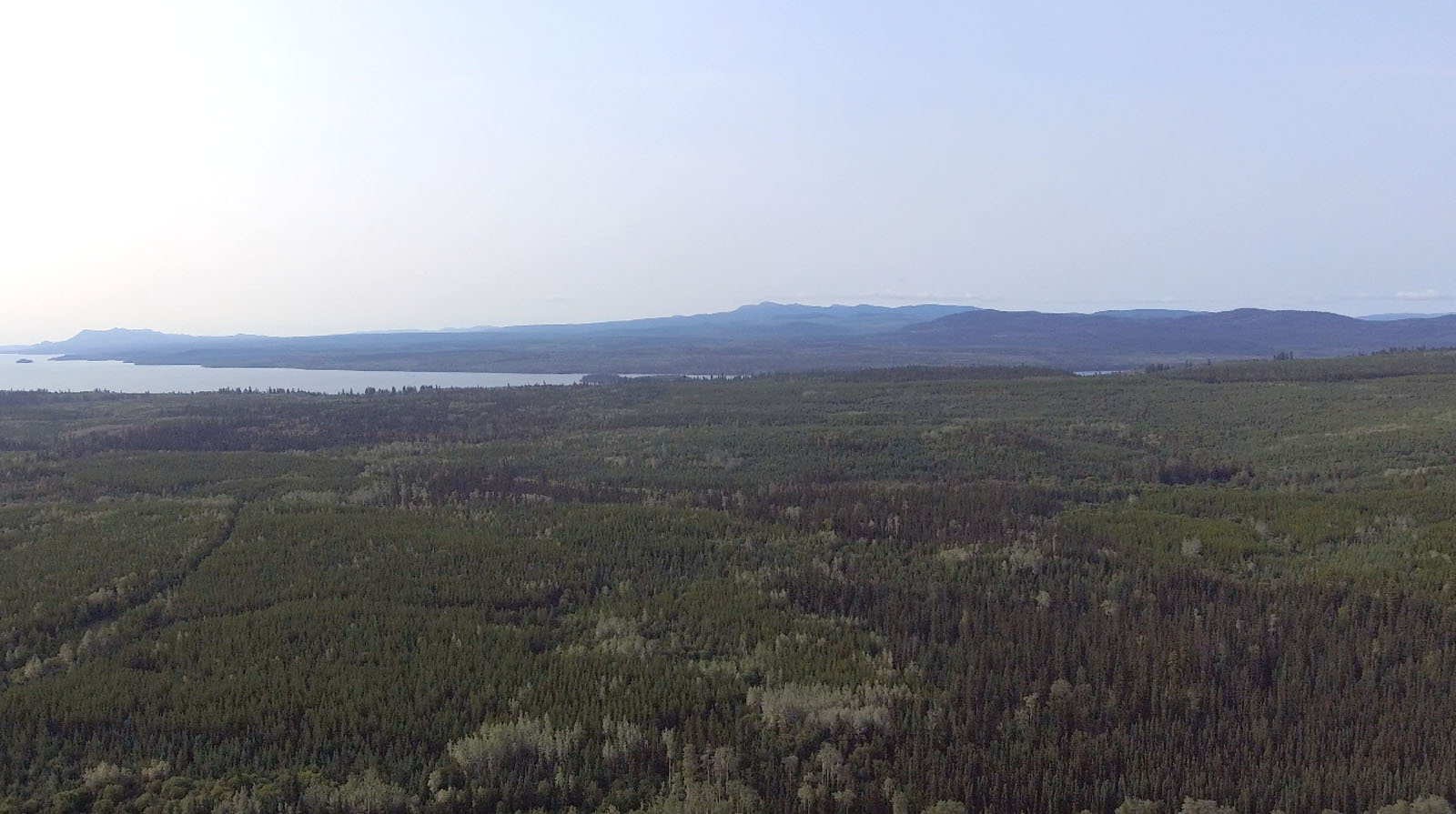 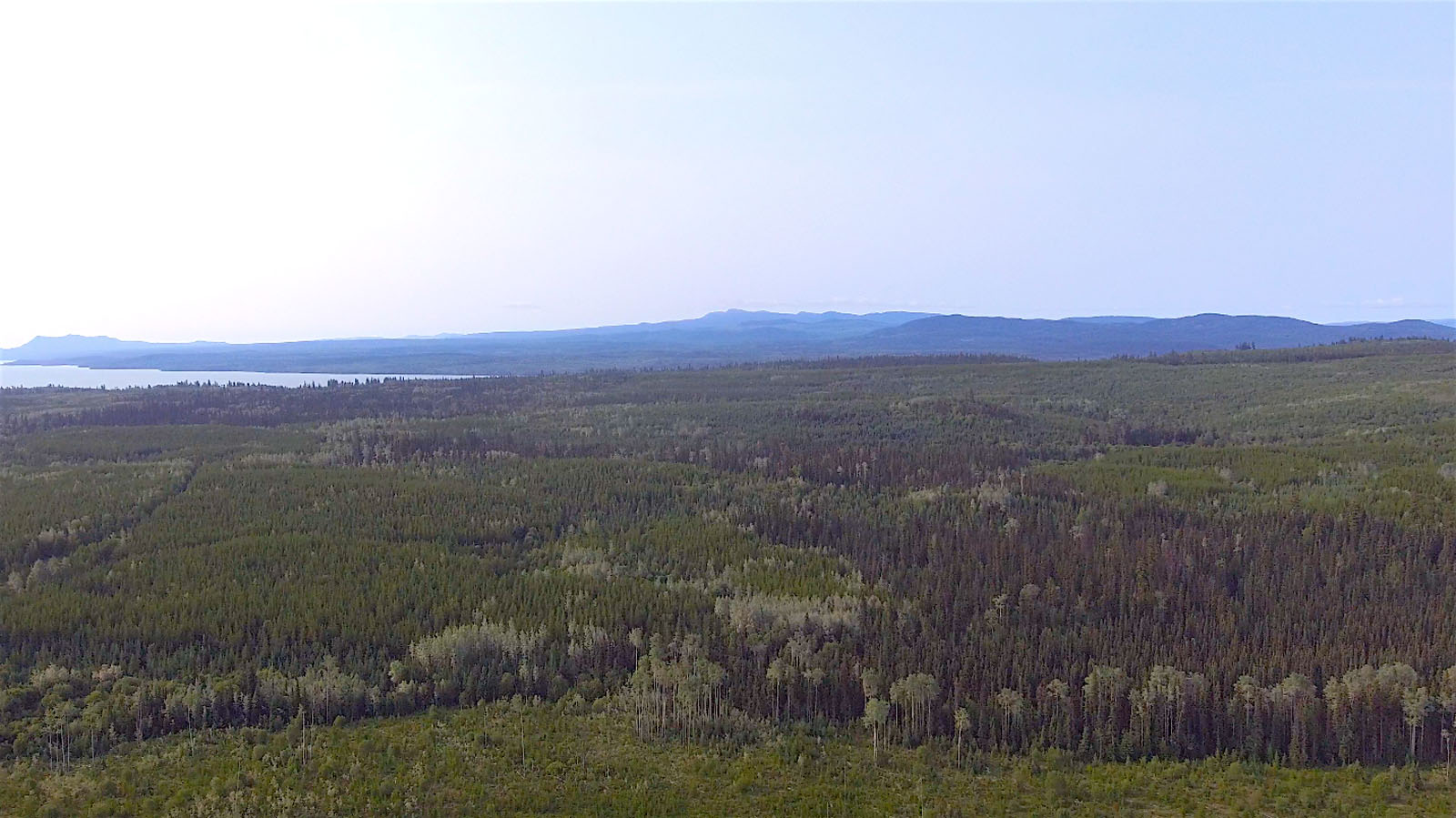 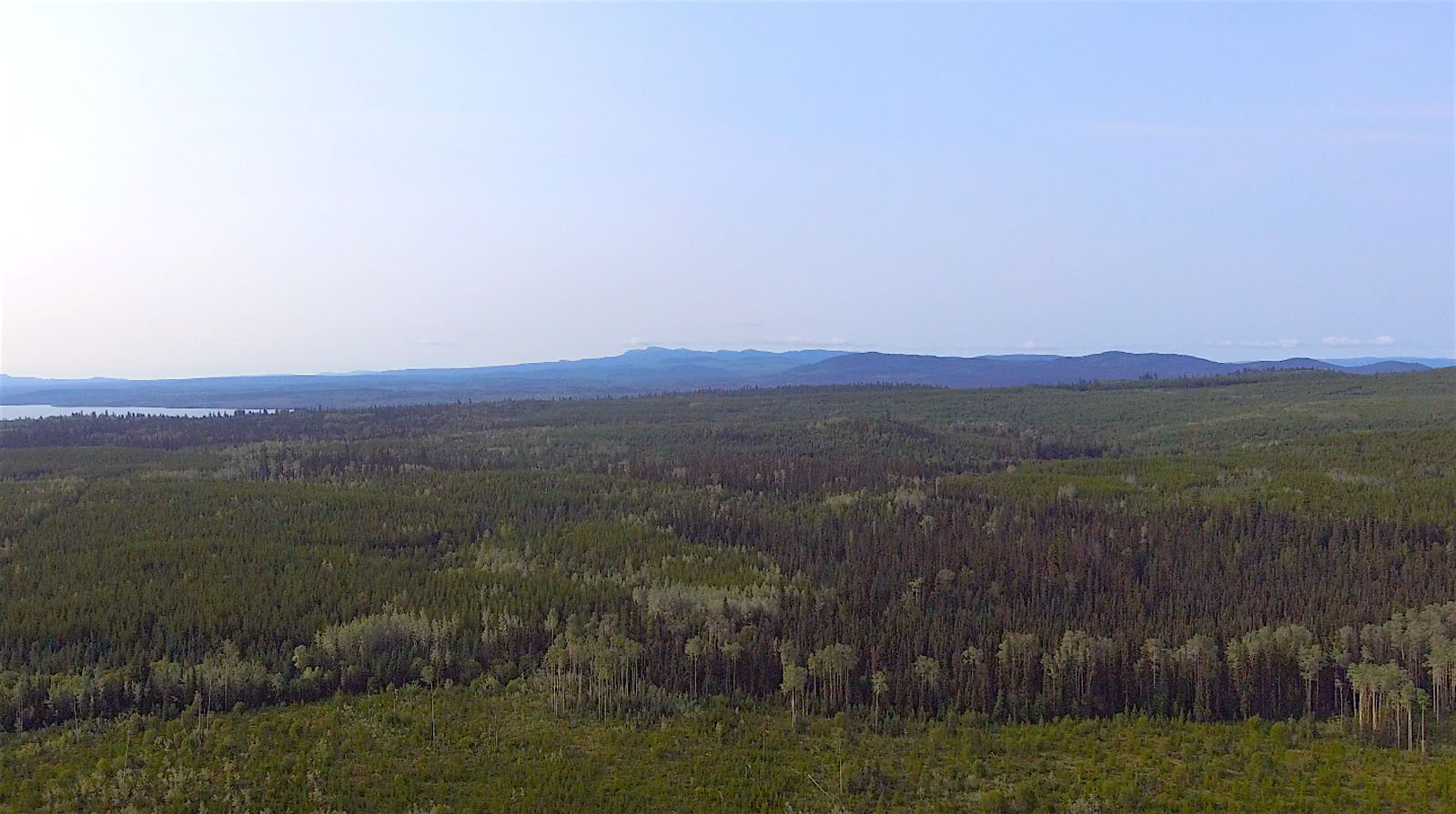 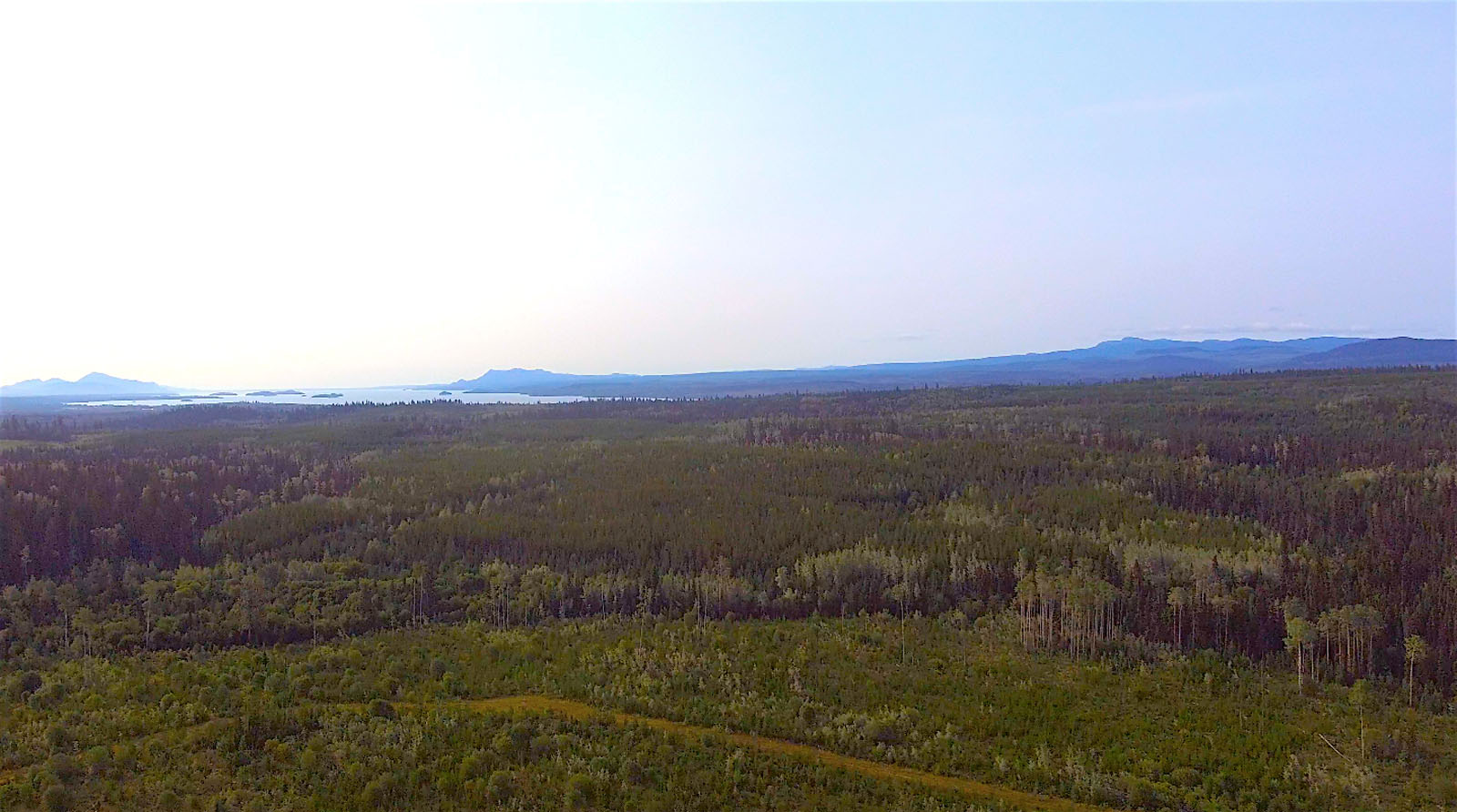 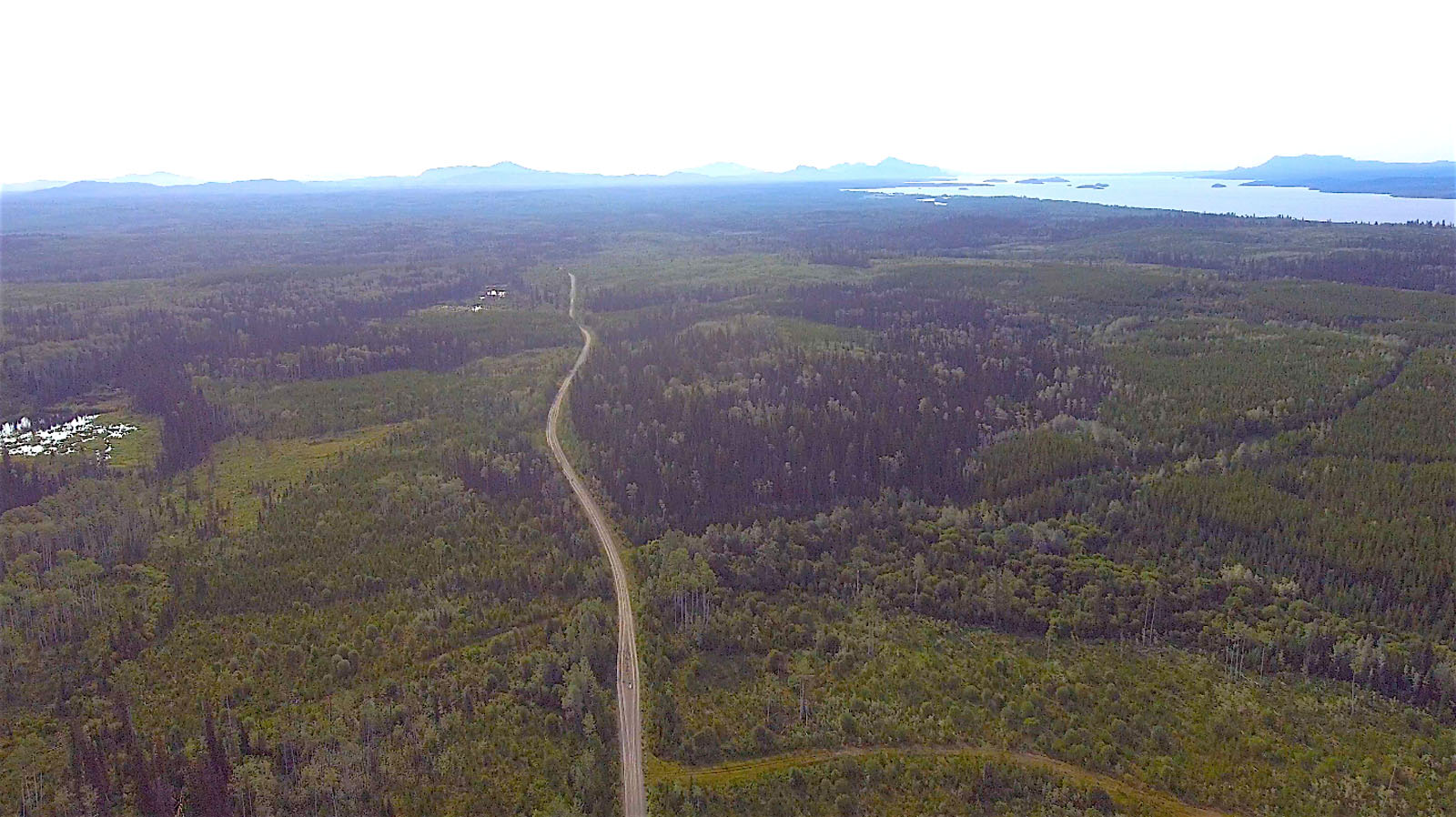 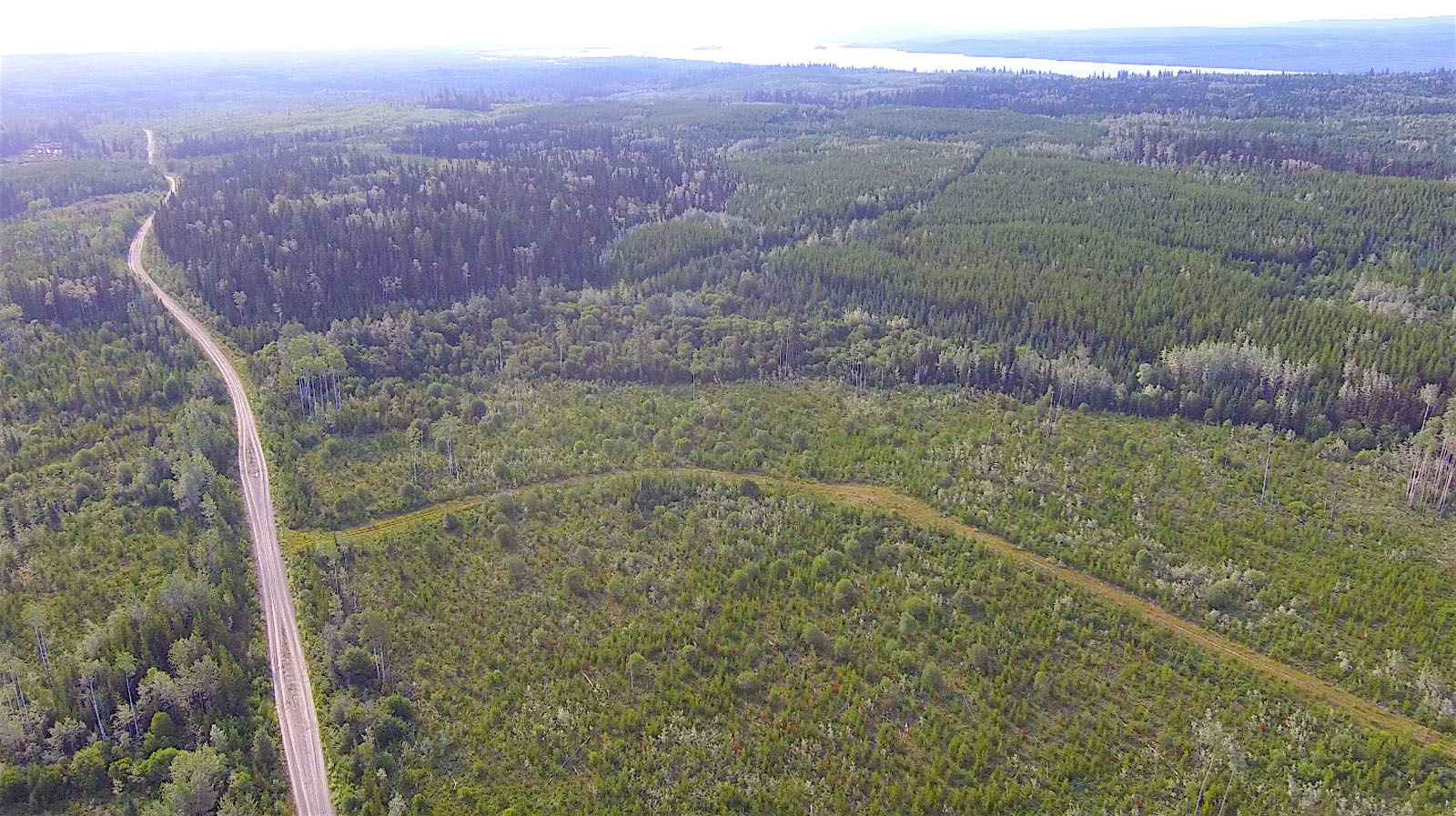 Two adjacent lots in the northwest region of Stuart Lake.

The smaller 4.5-acre property abuts immediately to the lake and offers 550 feet of lake front shoreline. This lot is wooded but provides excellent views of Stuart Lake and would be an excellent location for an off grid/remote cabin. This lot would also be an excellent option for weekend camping trips, using your boat.

Immediately north of the 4.5-acre lakefront parcel is the adjacent 219-acre recreational lot. This large acreage is completely private and offers an enormous amount of recreational activity, including: hunting, camping, hiking and bird watching.

The two lots are surrounded by Crown land to the north. This is an affordable opportunity to own a large and beautiful lakefront property on one of British Columbia’s most scenic lakes. Perfect for running a hunting outfitter/guide camp. Properties may be accessed via 4x4, snow machine, or boat. Some timber value on the property.

This property is located on the northwest end of Stuart Lake. The property is immediately south of the Tachie Forestry Road. Fort St. James is located approximately 50 kilometres away, as the crow flies.

The nearby town of Fort St. James offers all modern conveniences to property owners on Stuart Lake. There are boat launches, grocery stores, gas stations, hotels and restaurants, where a new property owner can refuel and resupply prior to departing for their weekend getaway.

Fort St. James is a mill town and is known for its logging activity, mining and tourism.

To the south of Fort St. James lies rich farmland where both hay and cattle are produced in abundance.

There are multiple large provincial parks and recreational areas, including Mt. Pope, Rubyrock Lake, Sutherland River and Carp Lake. There is the possibility to travel still hundreds of kilometres north of Fort St. James into some of British Columbia’s most remote and pristine wildernesses.

These two properties and the wider region offer an infinite amount of outdoor recreational opportunity. Stuart Lake is well known for its trophy fishing and ample water sports. There is also the opportunity to explore the various islands and remote lake shores via canoe, kayak or paddle board. On the property itself and amongst the surrounding Crown land there is hunting for moose, deer and bear.

The intricate logging road and regional trail network create thousands of kilometres for off-road enthusiasts to explore during the summer and winter months.

Murray Peak ski hill is an excellent local option for downhill enthusiasts to test their skills in some unique terrain and deep powder.

As part of his commission from the North West Company, Fraser and his assistants John Stuart and James McDougall explored potential river routes to the Pacific Ocean from 1805 through 1808. Explorations in the winter of 1805-06 by McDougall resulted in the discovery of Carrier's Lake, now known as Stuart Lake. In the heart of territory inhabited by the Carrier or Dakelh First Nation, this proved to be a lucrative locale for fur trading and so a post—Fort St. James—was built on its shore in 1806. In 1821, the fort came under the control of the Hudson's Bay Company, when the North West Company merged with it. It subsequently became the administrative headquarters of the Company's vast New Caledonia District. 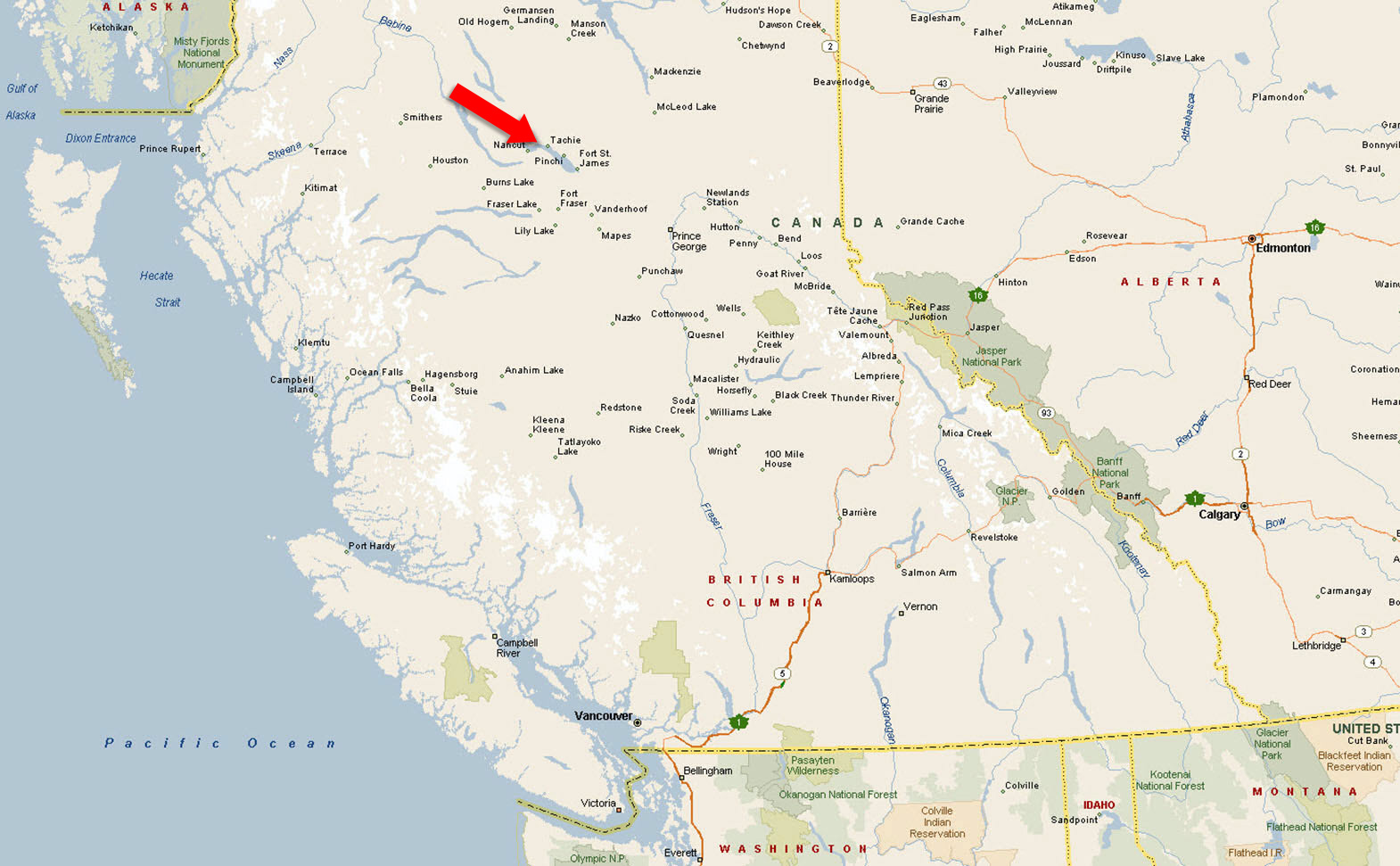 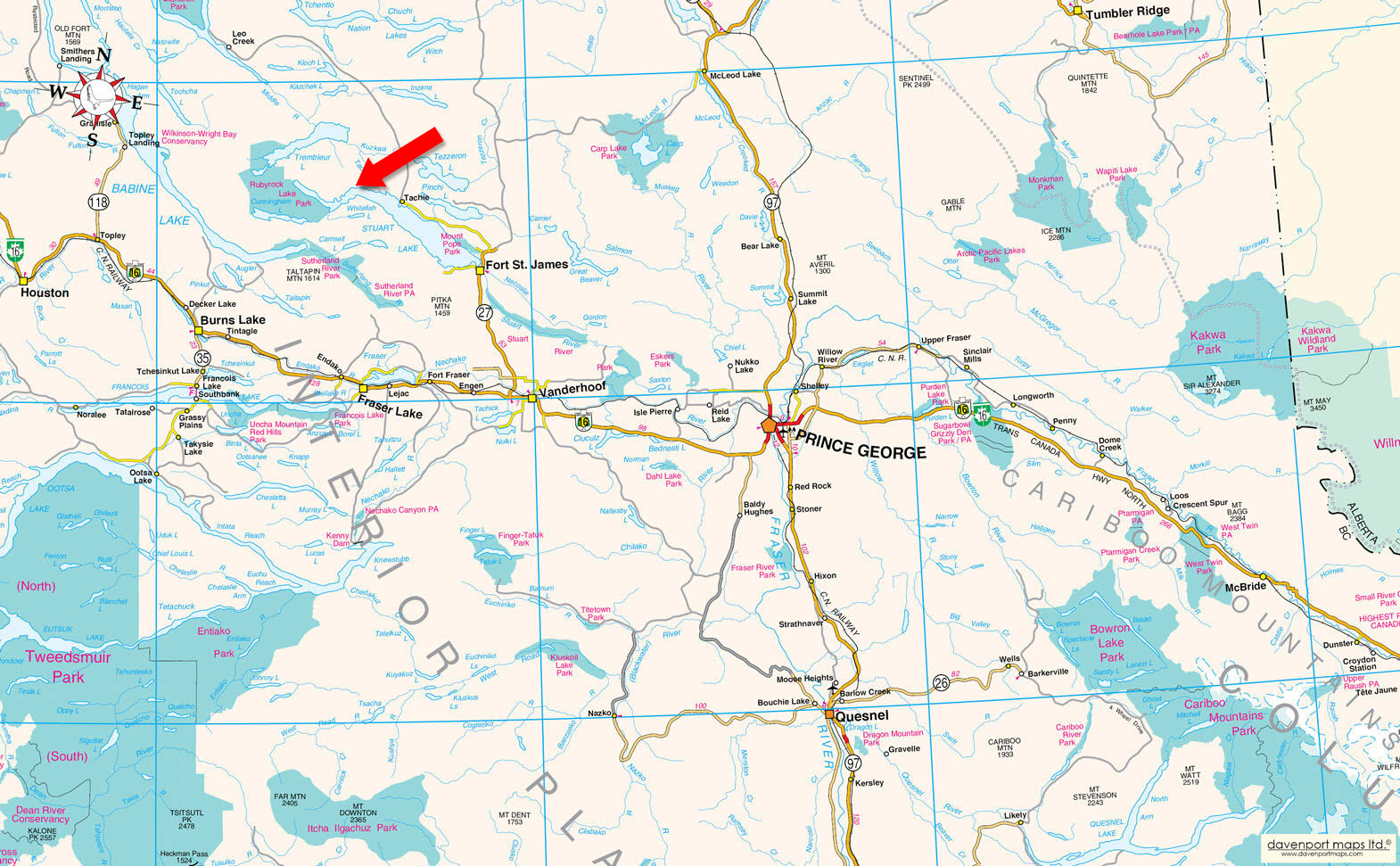 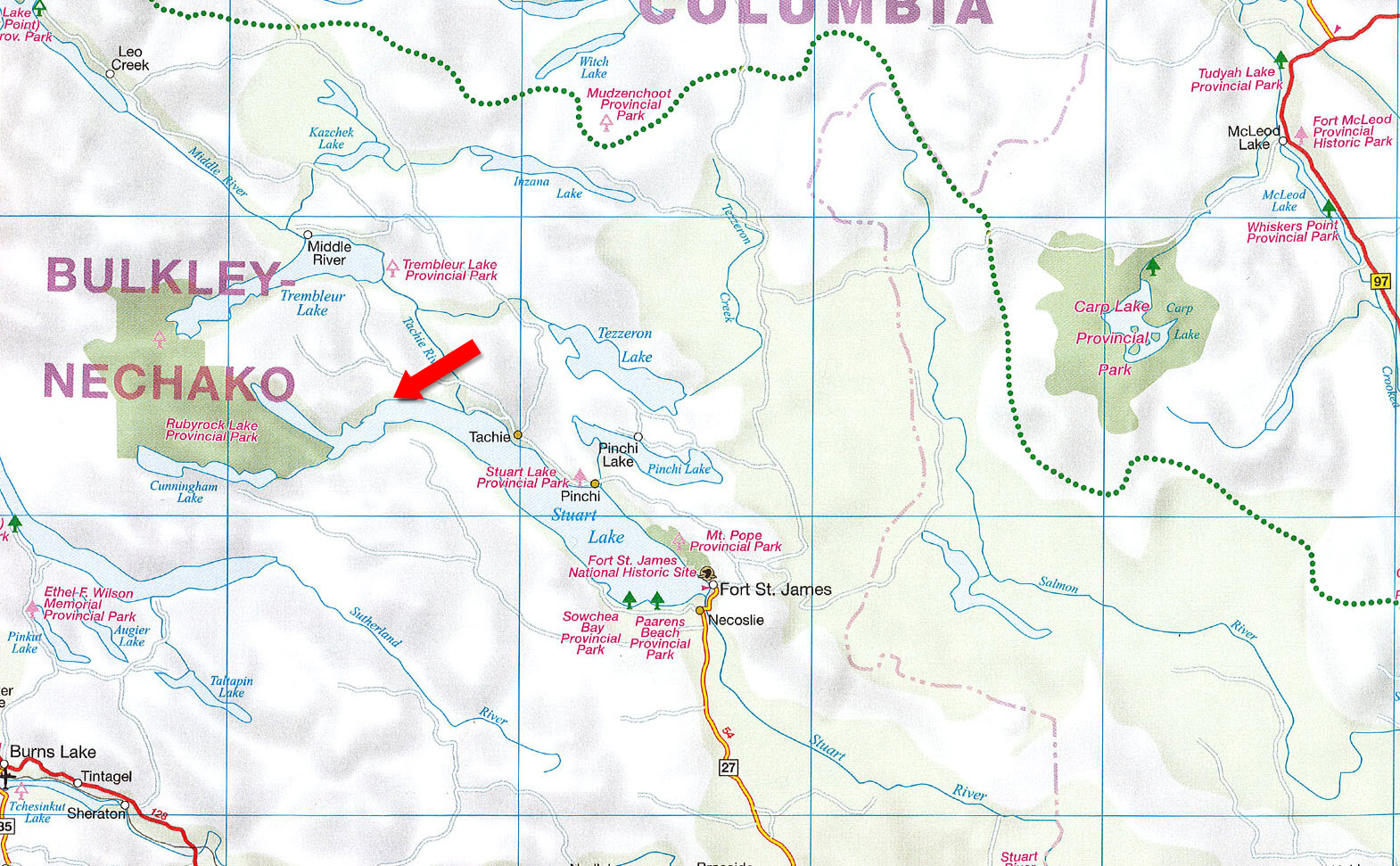 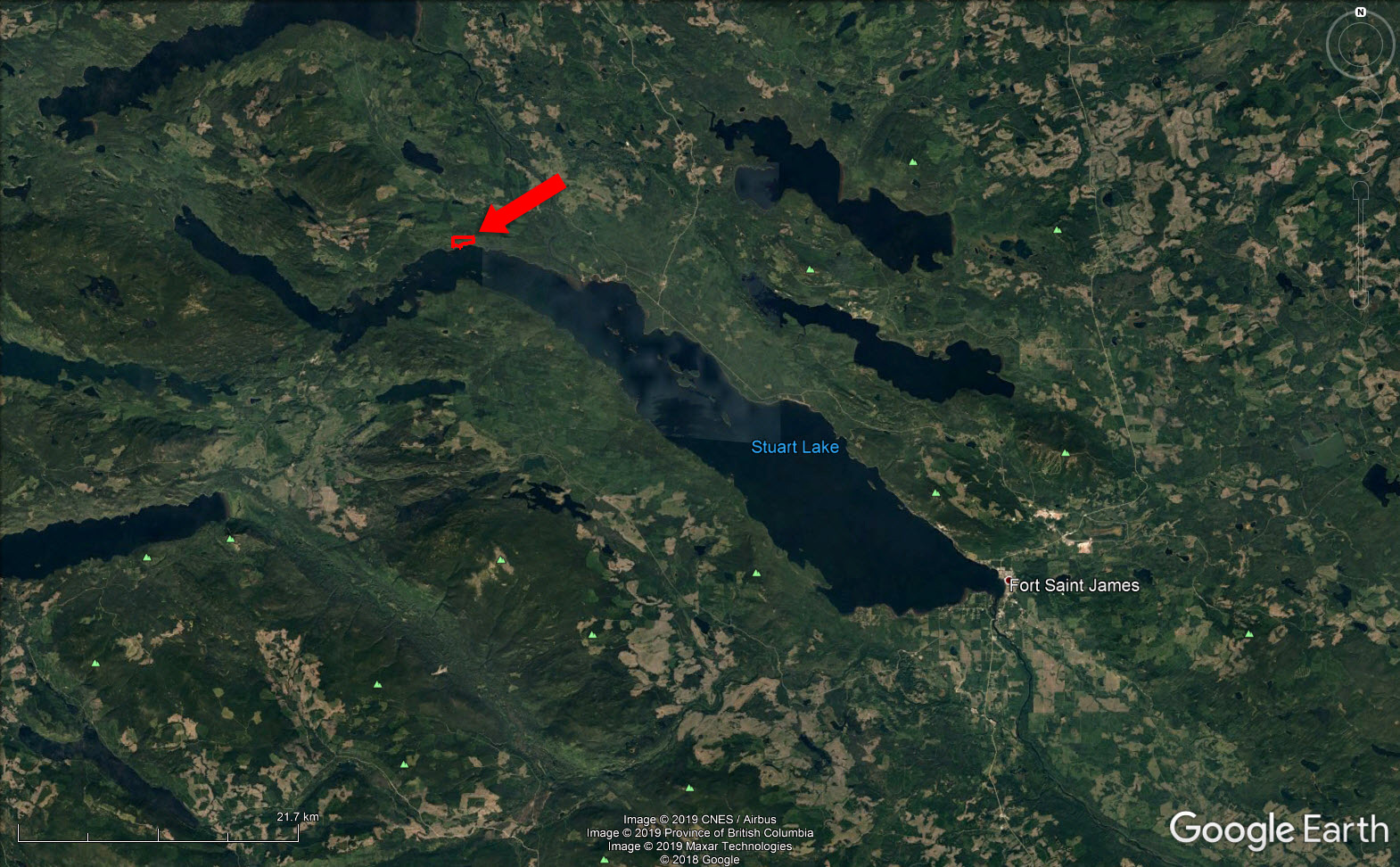 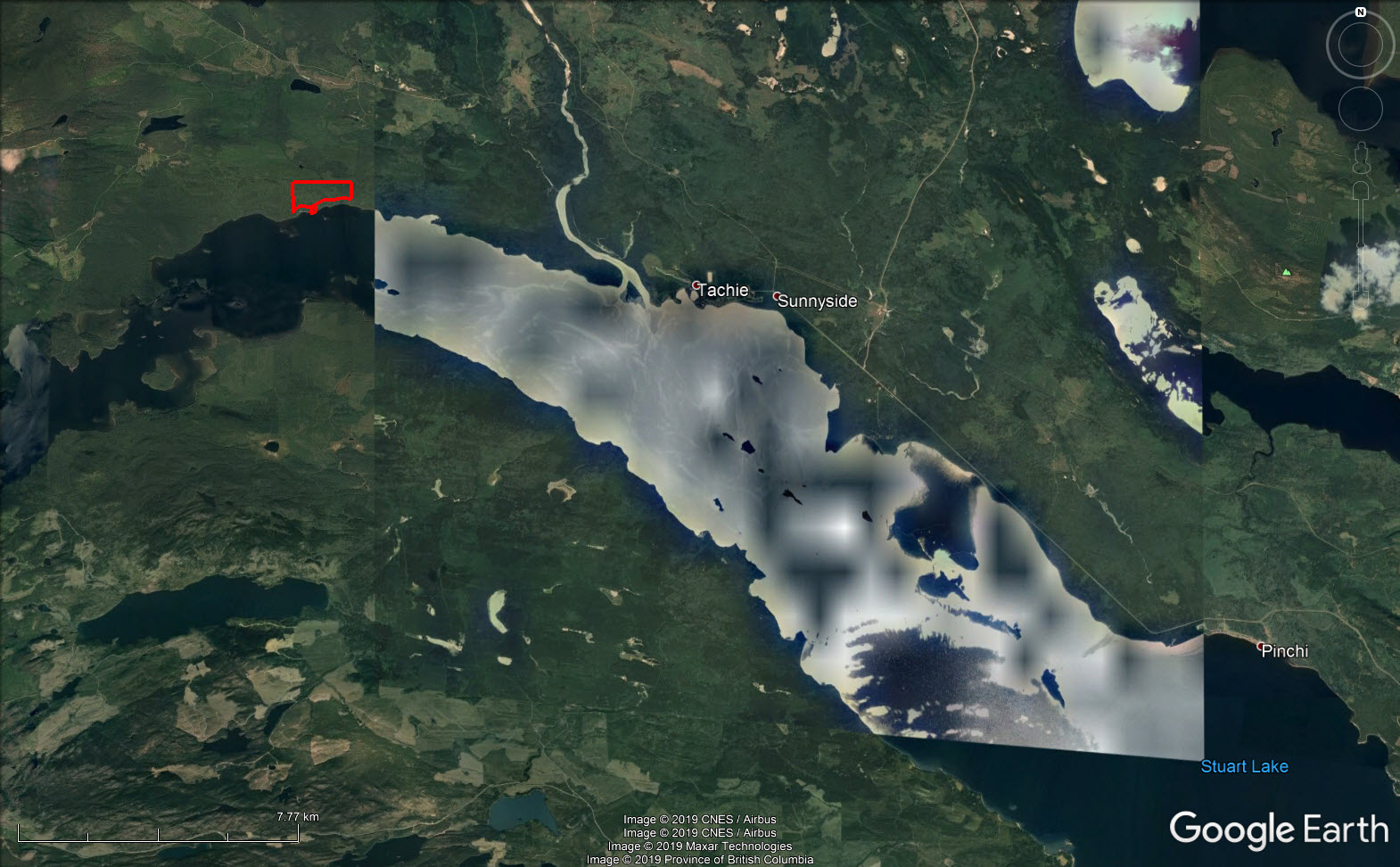 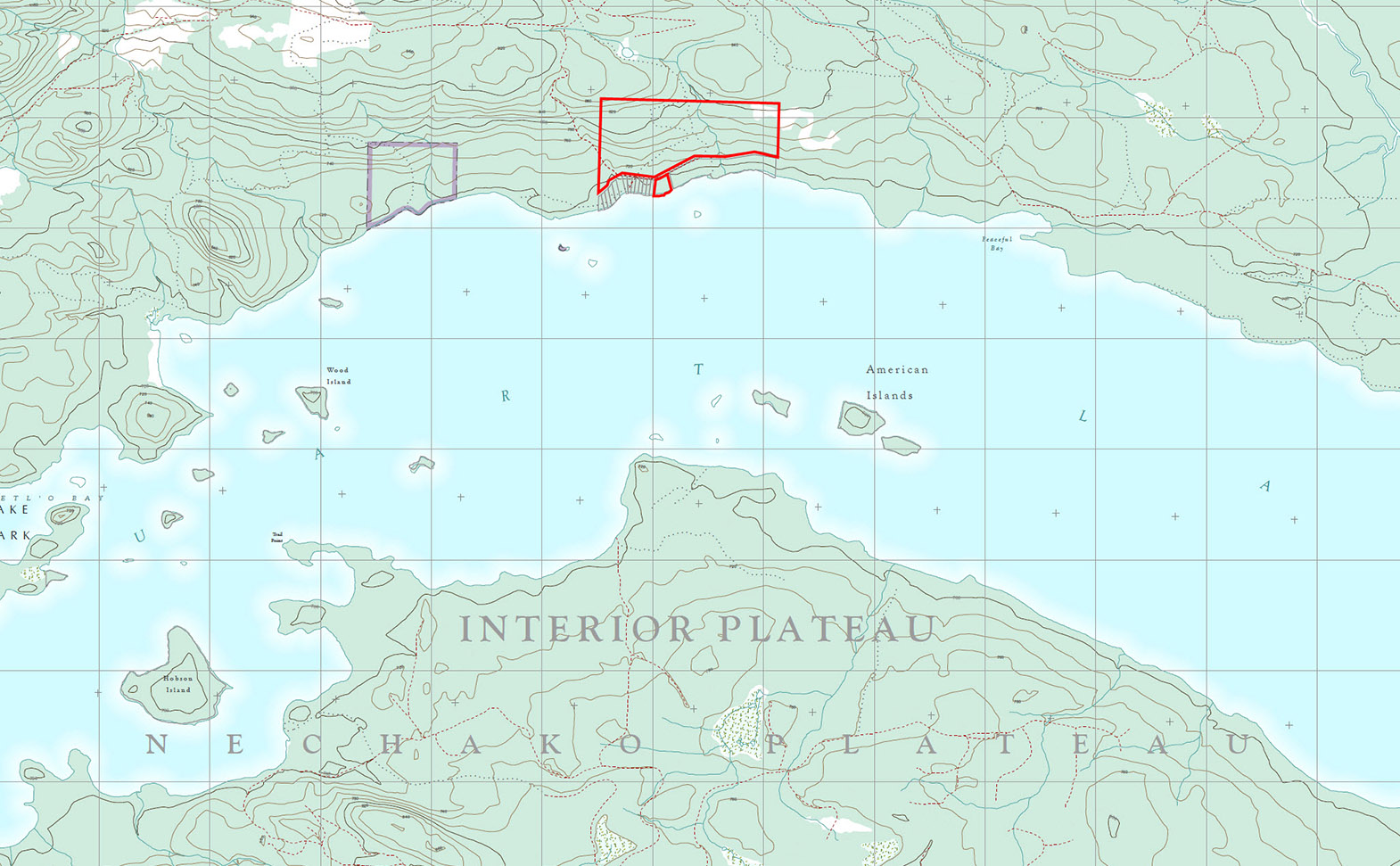 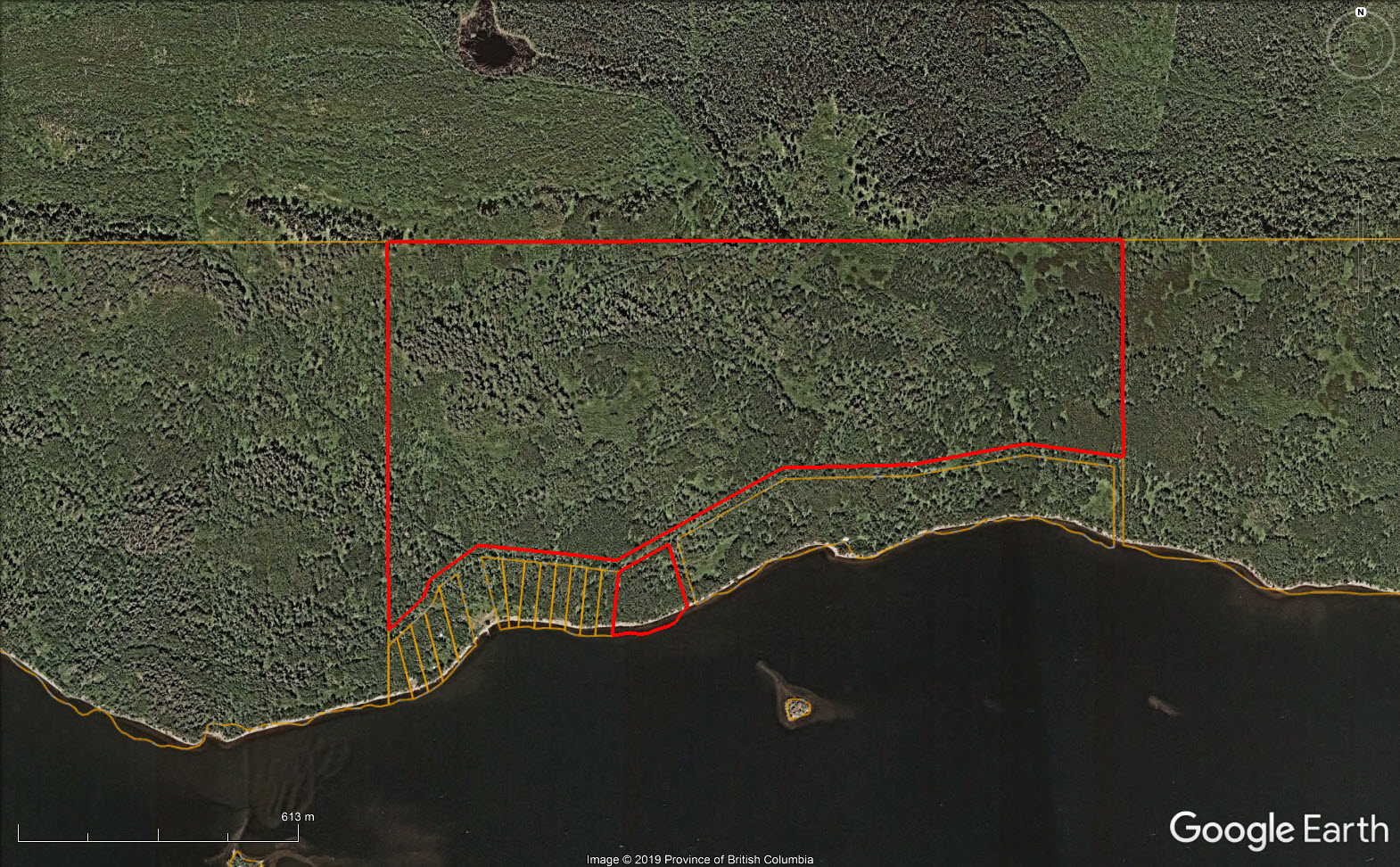 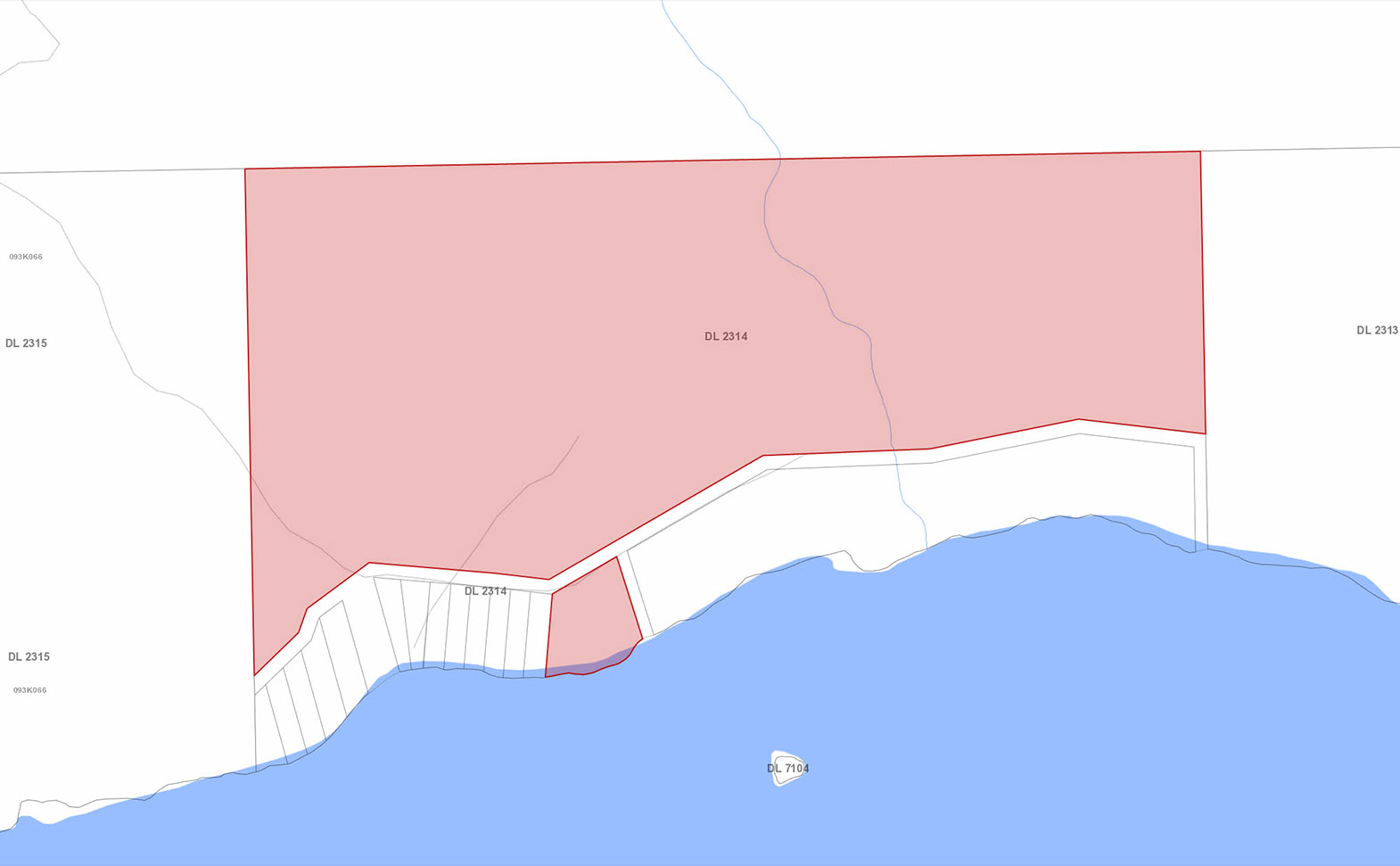