Approximately 1,400 ft2 cottage on 2.5 acre trophy oceanfront on sunny Bootlegger Point with easy low bank access to spectacular sandy beach & adjacent to parklike Conservancy. As good as it gets in the Southern Gulf Islands!

Truly rare in the Southern Gulf Islands this trophy oceanfront lot on sunny Bootlegger Point has easy low bank access to a spectacular sandy beach. Walk out your front door to the oceans edge with your morning coffee in hand and marvel at the amazing sunrise and stunning sea views of Haro Strait, San Juan Islands, Mount Baker and the Olympic Mountains. Accessed by a treed and winding drive off Cedar Bough Spur, this property enjoys extraordinary privacy and panoramic views. Set between Redsnapper Beach and Treetop Conservancy with only one neighbouring property to the east, this is as good as it gets in the Southern Gulf Islands!

The main floor of the home has a modern “island” kitchen with stainless appliances, a living area with cozy wood burning stove, and 2 bedrooms and 2 bathrooms. Above is an open loft for guests or office space. This bright home has abundant natural light and is designed to take advantage of the amazing setting by use of huge windows and a massive two-tier wraparound deck. A portion of the deck has a glass railing for shelter on a windy day while still taking full advantage of the stunning views.

There is a crawl space for dry storage under the cottage in addition to a separate storage shed. Off the grid, electricity is supplied by an excellent solar system and a drilled well supplies good potable water.

Sidney Island has a full time on-island caretaker, an airstrip, breakwater and community dock which provides safe secure year round moorage. The dock has ample space and owners may have the opportunity to purchase a designated slip. The property is only a short boat ride from all amenities in the quaint seaside community of Sidney on Vancouver Island. Owning a property on Sidney Island also allows for shared ownership in 1,500 acres of private common property including a heritage apple orchard, dock, airstrip, beautiful walking trails and miles of sandy beaches.

The Strata Corporation equipment consists of an excavator, dump truck, fire truck, ambulance, tank truck, pickup truck, road grader and miscellaneous equipment, some of which is available to Strata owners on a rental basis.

Sidney Island is at the southern end of the Gulf Islands between Vancouver Island and mainland British Columbia. It is about 19 km north of Victoria, 6 km south east of Sidney on the Saanich Peninsula and only 10 km from Roche Harbour on US San Juan Island.

Access is by boat or floatplane to the private dock in Miners Bay or by plane to the private 2,600 ft airstrip, both of which are the common property of the strata owners. Water taxi service is available from the Port Sidney Marina and arrangements can be made for the water taxi to pick people up near the BC Ferry terminal at Schwartz Bay, so you can walk on the ferry and easily get to Sidney Island. Please contact Dave Cochlan to make an appointment to view the island.

Unique in British Columbia, perhaps the world, Sidney Island offers the rare combination of ownership of superb waterfront property with a model of sustainable forestry, limited development of common areas, precious conservation zones and miles of sand beaches. It is blessed with a Mediterranean-like climate, warm summers, mild winters and less than 30 inches annual rainfall. Not only is it one of the most picturesque, but the last major undeveloped island in the Gulf Islands chain. From every part of the island there are breathtaking views. To the south the perennial snow covered Olympic Range, to the east the perfect cone of Mt. Baker and the jagged peaks of the Cascades.

With its wonderful natural habitat few places have as rich a variety of wildlife as Sidney Island, which includes:

Offshore, the waters support a wide variety of sea life including salmon, halibut, other sport fish, an array of sea birds and waterfowl, seals, sea lions, orcas and gray whales.

Sidney Island comprises 111 bare land strata lots totaling about 288 acres and ownership includes the strata lot and a proportionate interest in the common property of the strata corporation, which includes about 1,500 acres and the common facilities and other assets of the Strata Corporation.

In our opinion the most important aspect of the development is that the privacy of the strata corporation lands has been maintained, and the natural integrity of the island environment has been protected for the fortunate few who share in its ownership. There is no public access to 1,760 acres owned by the strata corporation, of which some 1,500 acres are common property to the strata lots.

The result is an amazing diversity of properties with low, medium and high bank oceanfront, virtually every possible exposure, varied topography, beautiful views, and differing levels of privacy and a range of prices.

The only land on the island not owned by the Strata Corporation is the northerly portion formerly the Sidney Spit Marine Park and recently named as Canada’s newest National Park. This area comprises about 400 acres and encloses a broad lagoon of sheltered water bordered by a long spit of sand. Mooring buoys, a small government dock, and facilities for picnicking and camping are provided. The sandy beach with protected waters is excellent for swimming.

Originally named Sallas Island, in 1859 the Hudson Bay Company, hoping to attract settlers with a more British name, changed it to Sidney Island. Many years ago the Island was purchased by a group of Victoria businessmen as a private hunting preserve. In 1981 the Island was purchased from the last two survivors of the original owners, by Sallas Forest Limited Partnership.

LOT 64, SECTION A, SIDNEY ISLAND, RANGE 1E, NORTH SAANICH DISTRICT, STRATA PLAN V1S5122 TOGETHER WITH AN INTEREST IN THE COMMON PROPERTY IN PROPORTION TO THE UNIT ENTITLEMENT OF THE STRATA LOT AS SHOWN ON FORM 1 (SEE PLAN AS TO LIMITED ACCESS)
PID 026-297-906 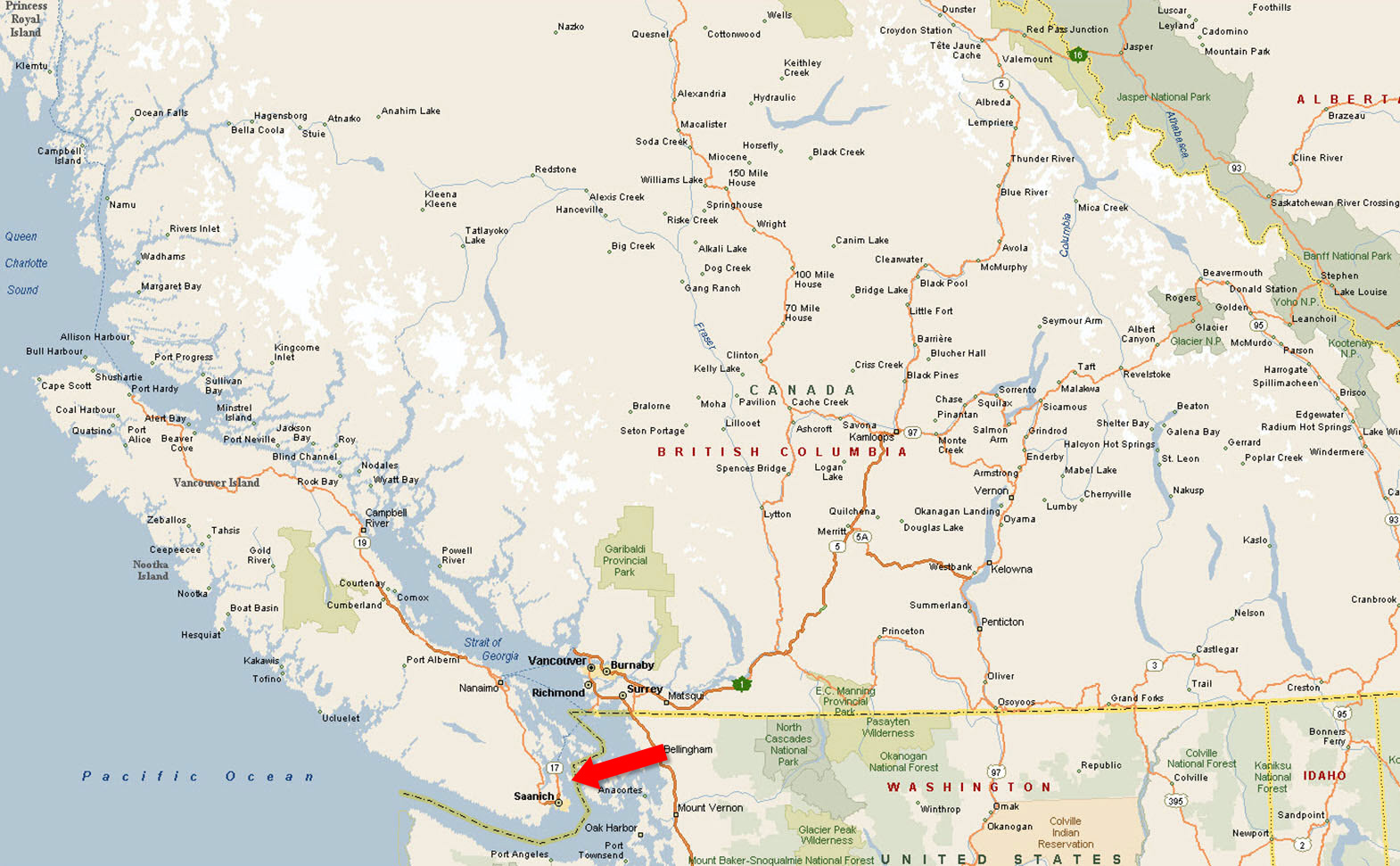 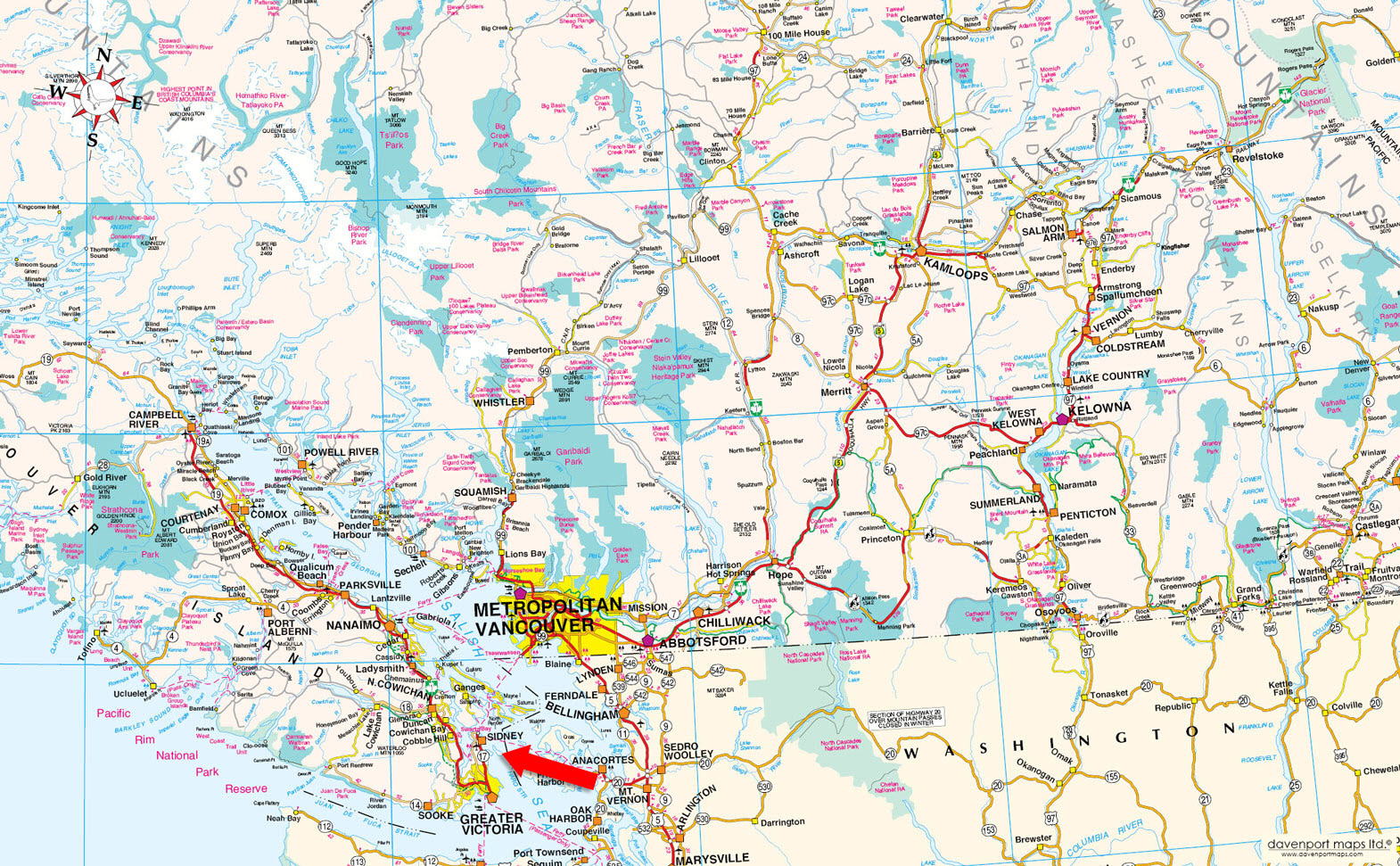 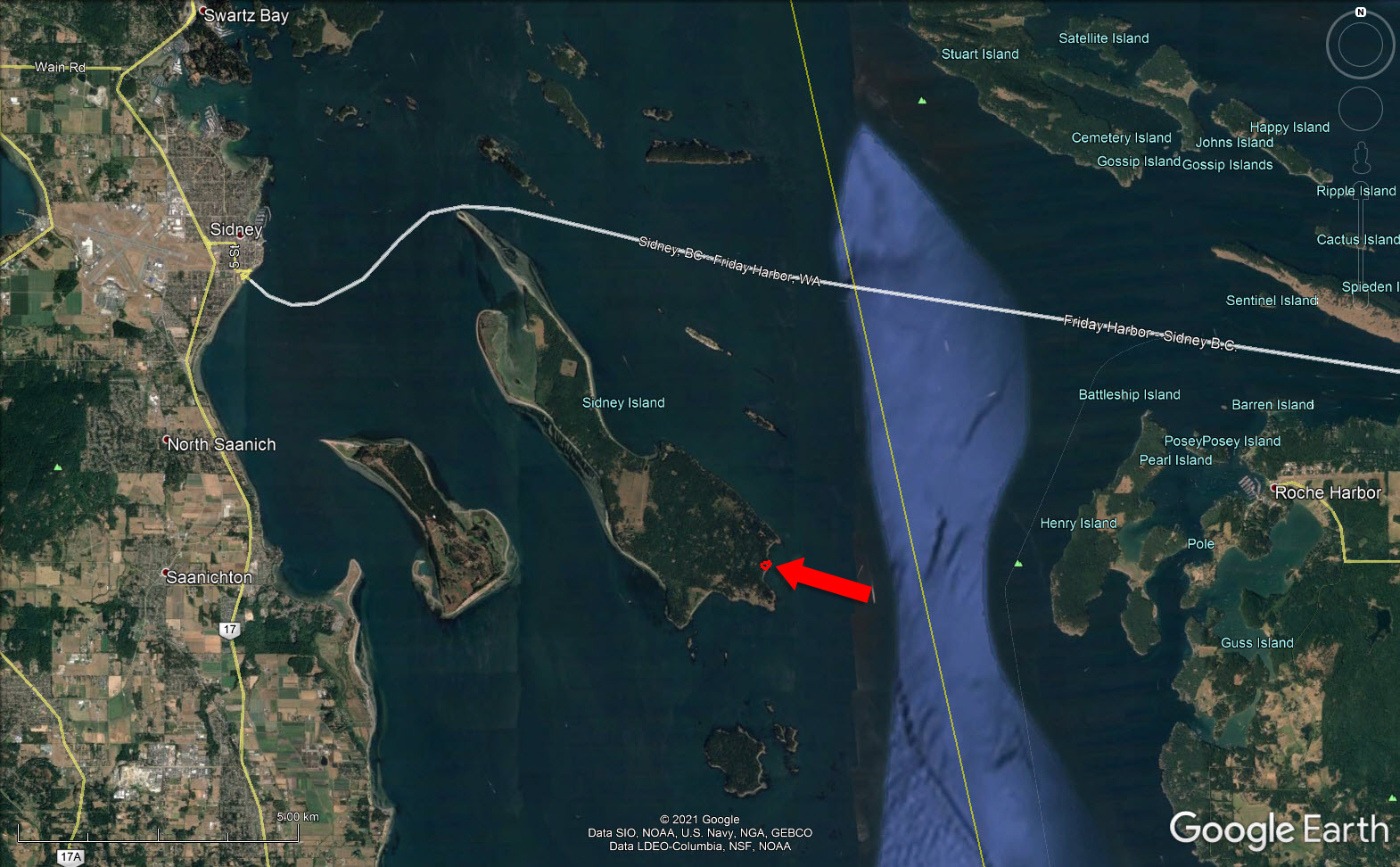 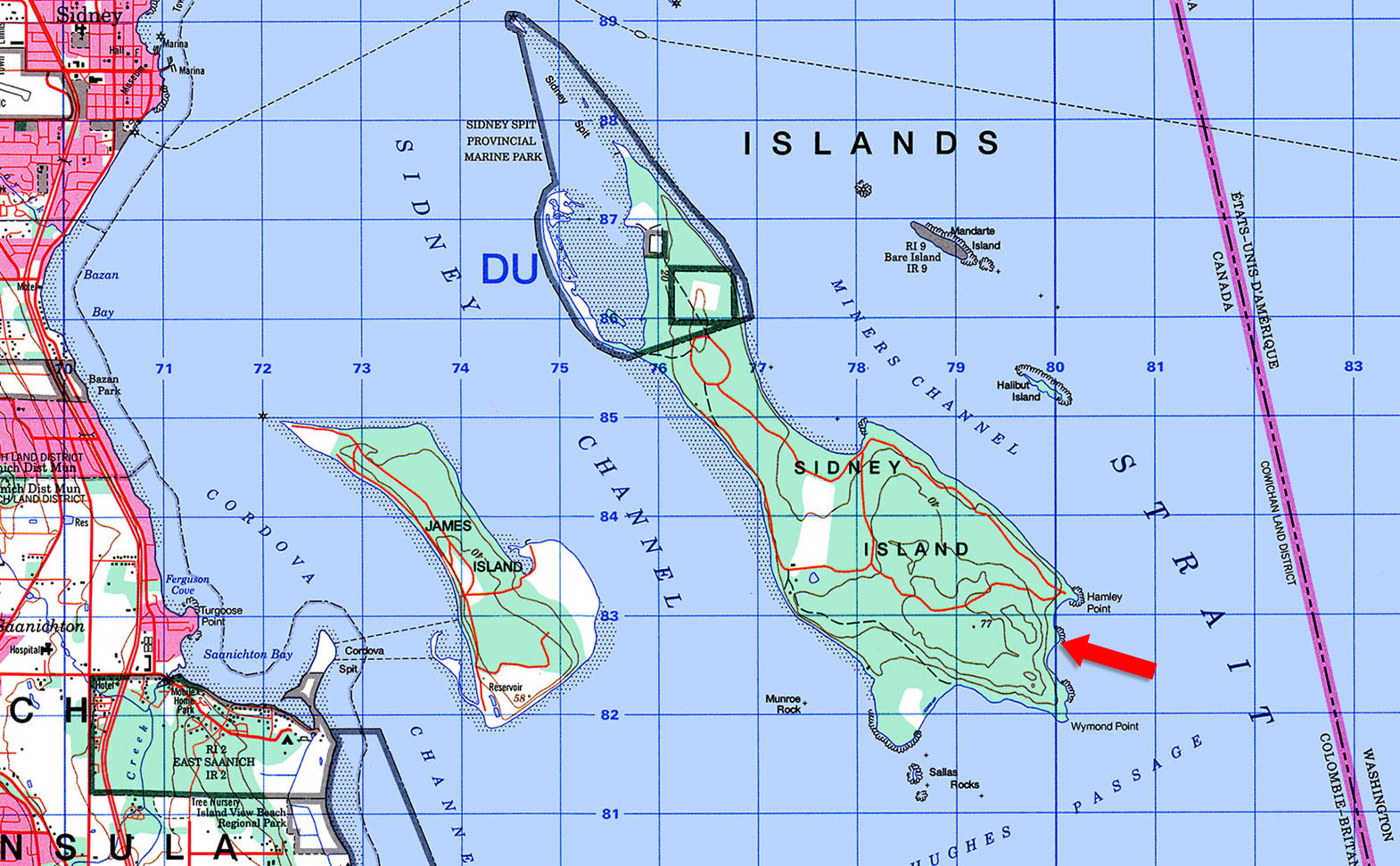 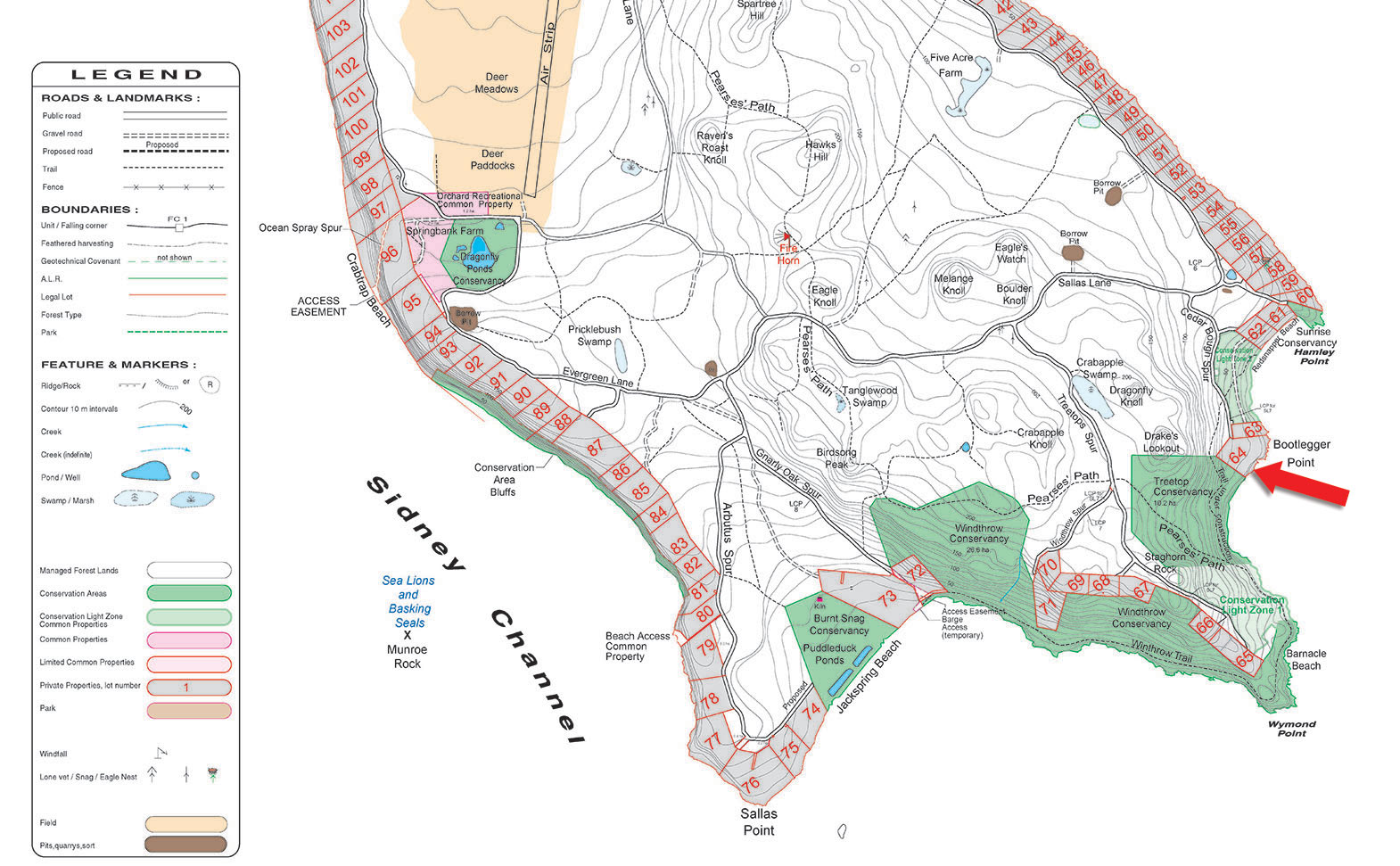 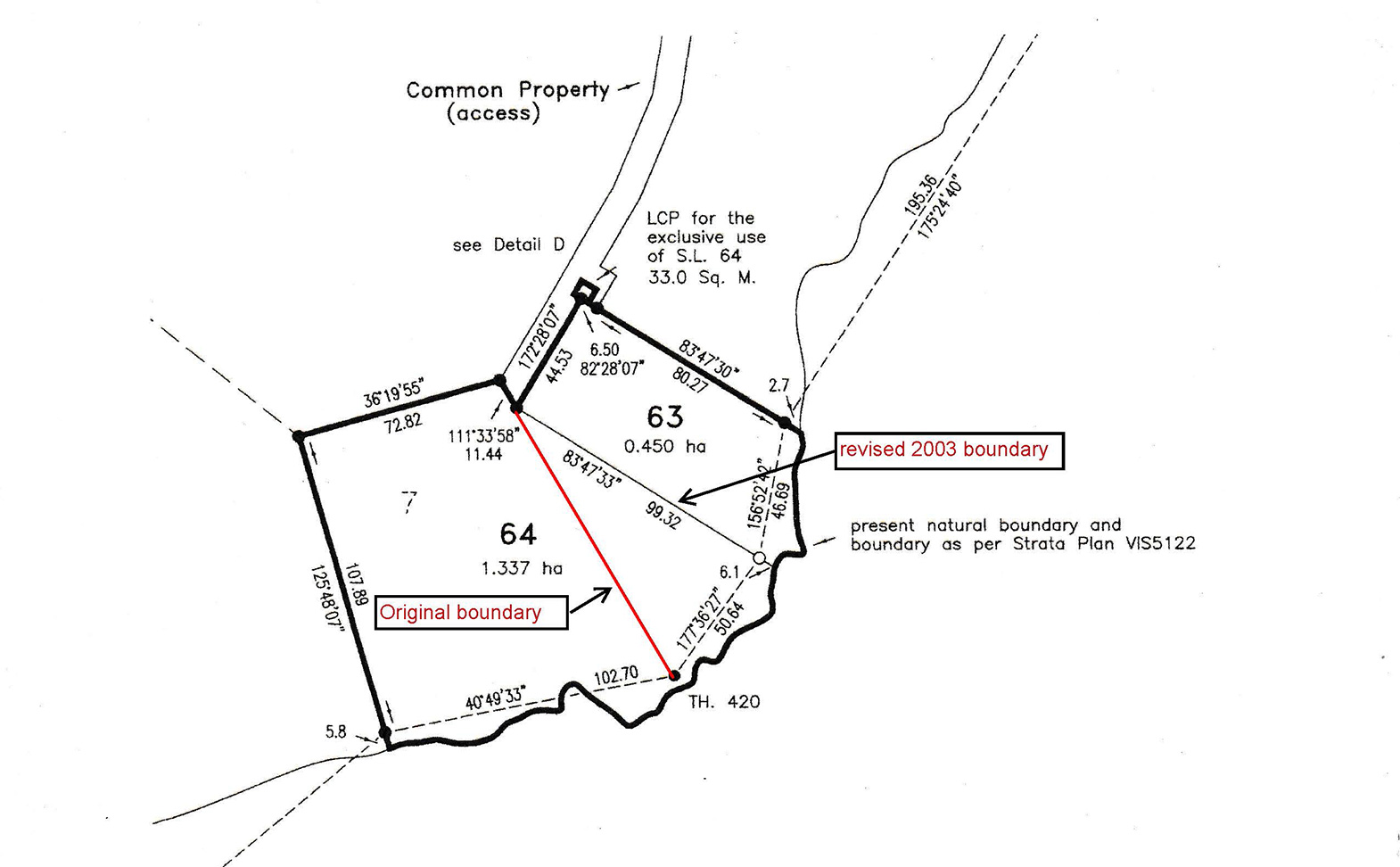 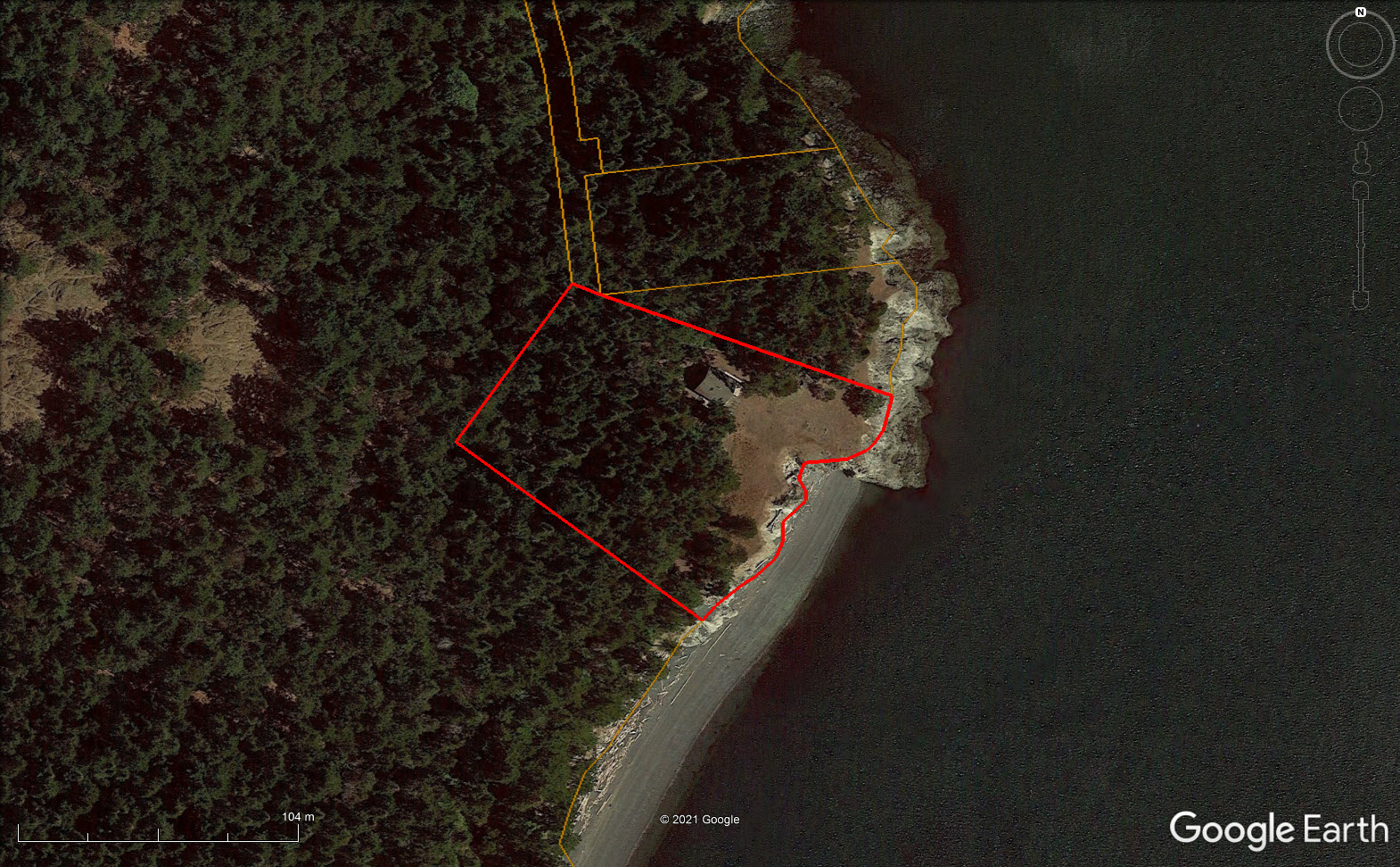 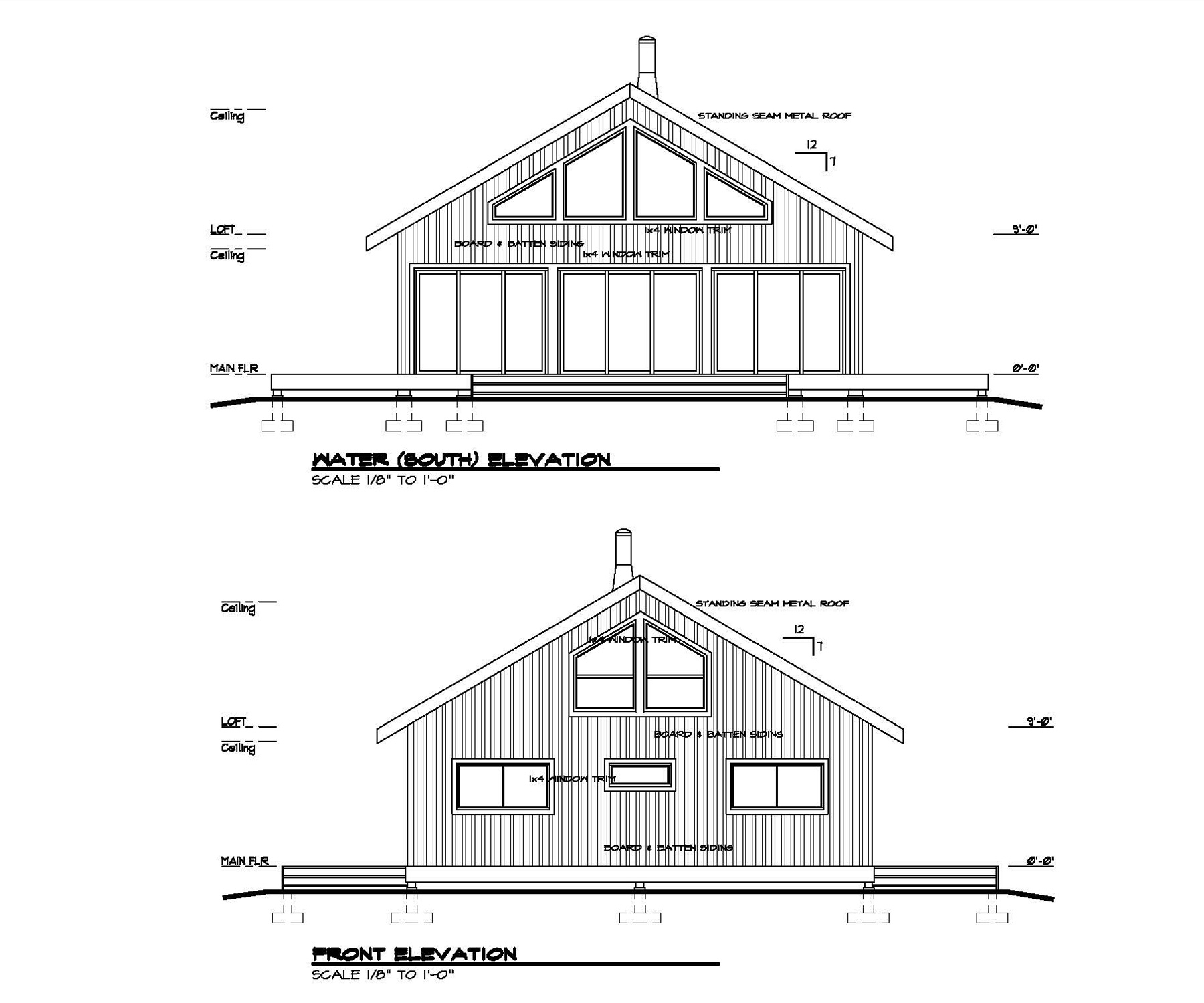 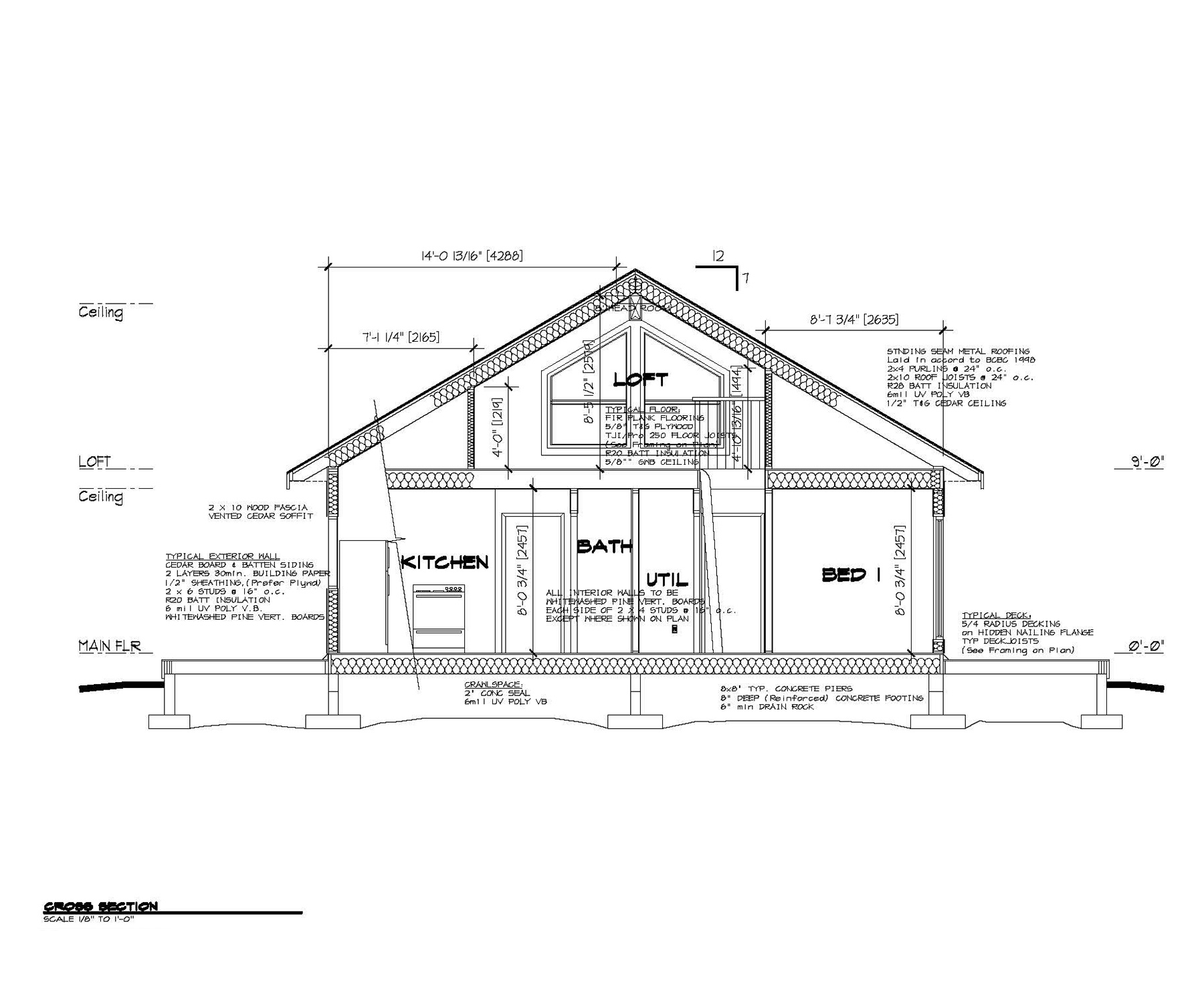 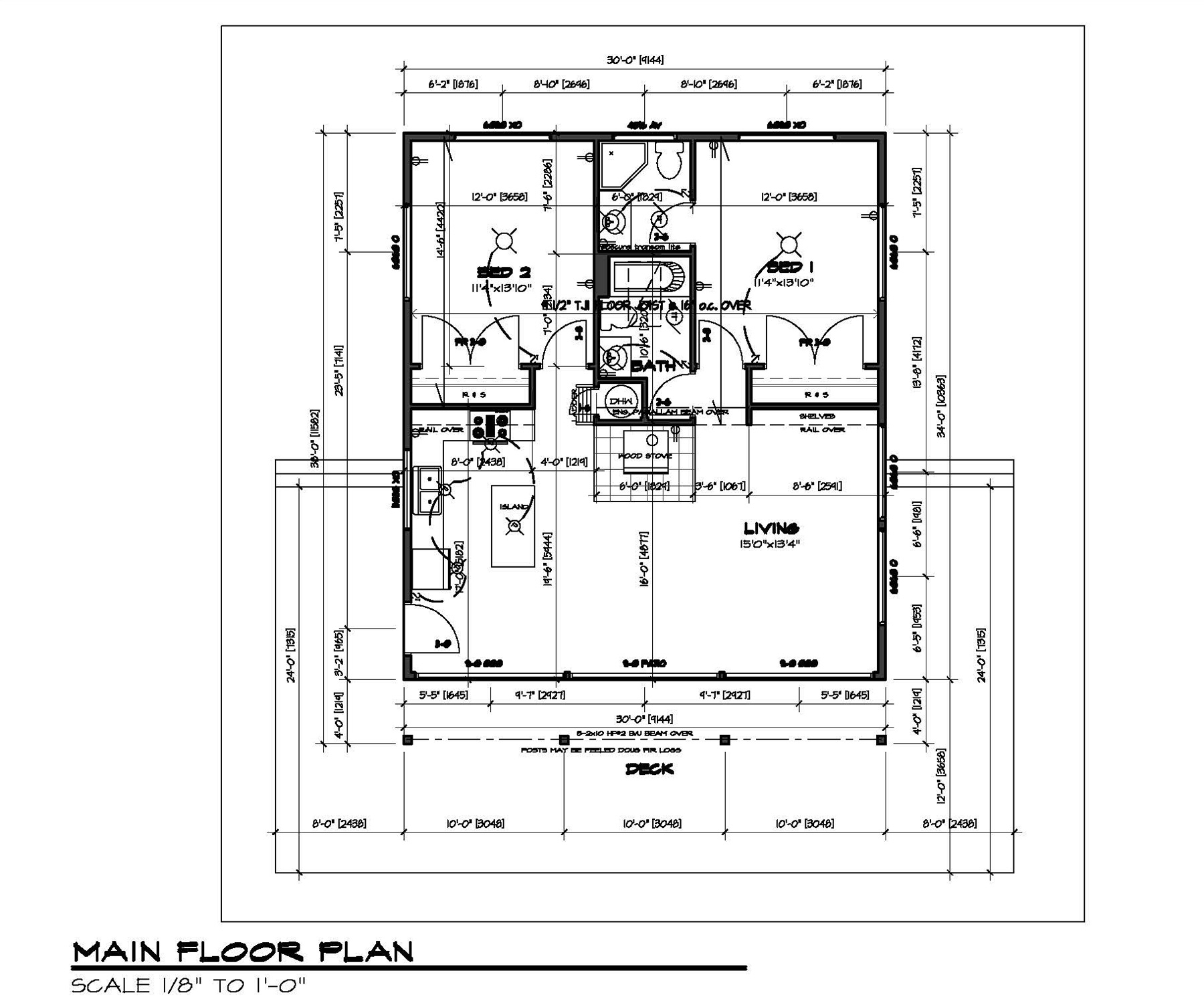 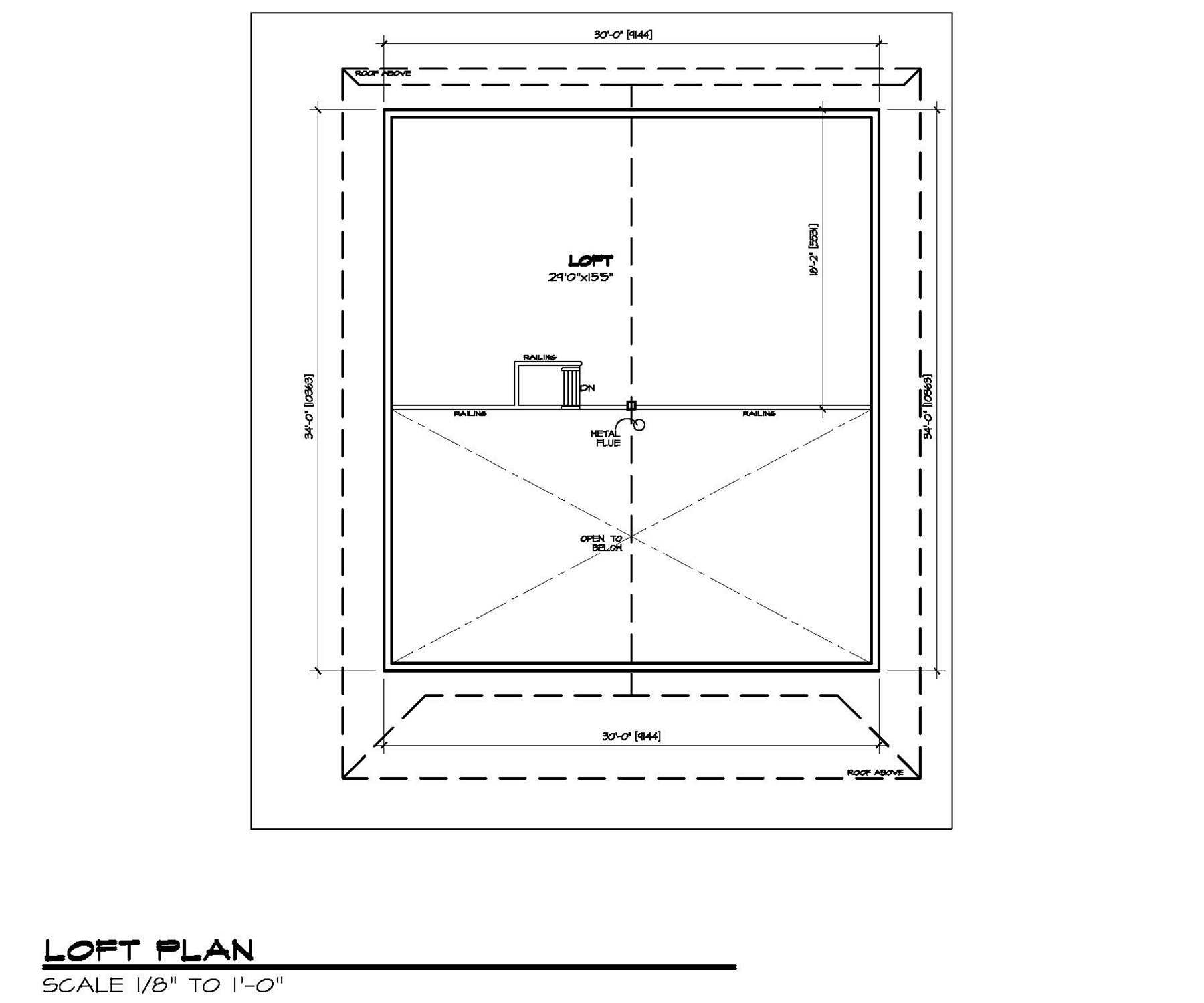