68.44 acre oceanfront property with 680± ft of oceanfront, 2,274 ft2 5 bedroom, 2 bathroom main residence, one bedroom guest cottage and protected deep water dock. Directly adjacent to one of the best salmon fishing areas in BC!

Shoal Bay is located on East Thurlow Island at the south side of Cordero Channel across from Phillips Arm about 130 miles north of Vancouver. This off the grid property is boat or float plane access only with Campbell River on Vancouver Island being the main access point.

This property is directly adjacent to one of the best trophy salmon fishing areas on the BC coast and is a destination from boaters near and far. At the center of Shoal Bay there is a government wharf and 3 rental cottages operating as “The Cottages At Shoal Bay.” It is a small horseshoe shaped bay with only a few other privately held recreational properties.

The land is large, just over 68 acres with approximately 680 ft of oceanfront. There is a 2,274 ft2 5 bedroom, 2 bathroom main residence with stunning views up Phillips Arm and the coastal mainland mountains. It also includes a one-bedroom guest cottage and significant moorage facilities that are connected with a series of walkways and stairs.

The main residence has living space on main floor with kitchen, dining area, living room and storage space. There is a wood stove in living room and access to the three-quarter wrap-around deck which is partially covered. The bedrooms are upstairs along with two 3-piece bathrooms are upstairs. Water is provided by a drilled well and the dock provides excellent protected deep-water moorage.

East (111 km2) and West (85 km2) Thurlow Islands lie along the north side of Johnstone Strait between Bute and Knight Inlets, east of Sayward on the north end of Vancouver Island. They were named by Captain Vancouver after Baron Thurlow, an 18th century Lord Chancellor of England. Logging began in the 1880s using oxen teams, and mining for gold, copper and iron took place in the late 1890s.

Commercial fishing and tourism have become the main economic activities. Settlements are located at Blind Channel on West Thurlow, which once had a cannery and sawmill and is now the site of a resort, and at Shoal Bay on East Thurlow. Bickley Bay, 2 km west of Shoal Bay, was settled in the 1890's and had a post office named Channeton.

Shoal Bay is on the south side of Cordero Channel on East Thurlow Island across from Phillips Arm about 130 miles north of Vancouver. During the gold rush in the late 1800s Shoal Bay, with as many as 5,000 people, was the most populated village on the BC Coast. In 1897 the property was subdivided into 137 lots as the town site of Shoal Bay.

By 1898, 200 mineral claims had been registered in the district of Thurlow. Many were staked by small entrepreneurs, but several of the larger mines were owned by British Columbia Golds Limited, an English company, including the Forth Morten and Alexandra mines on Phillips Arm, the Yuclaw and Puddle Dog mines on Channel Island, and the Douglas Pine mine on the steep slopes above Shoal Bay.

Before the gold rush, the district of Thurlow was a center for commercial logging. People had lived there since the early 1800s and one of the largest sawmills on the coast operated at Shoal Bay. The mill continued to work after the mines were open and both industries used teams of oxen to haul sleds with cedar skids to bring their products to the harbour. Some of these old skids are still visible today, slivers of aged grey cedar in the heavy green moss.

New owners have been rebuilding the lodge at Shoal Bay and the pub is open for business. They also have a laundry/shower facility for boaters who use the government wharf.

Additional zoning information can be found on the Strathcona Regional District website. 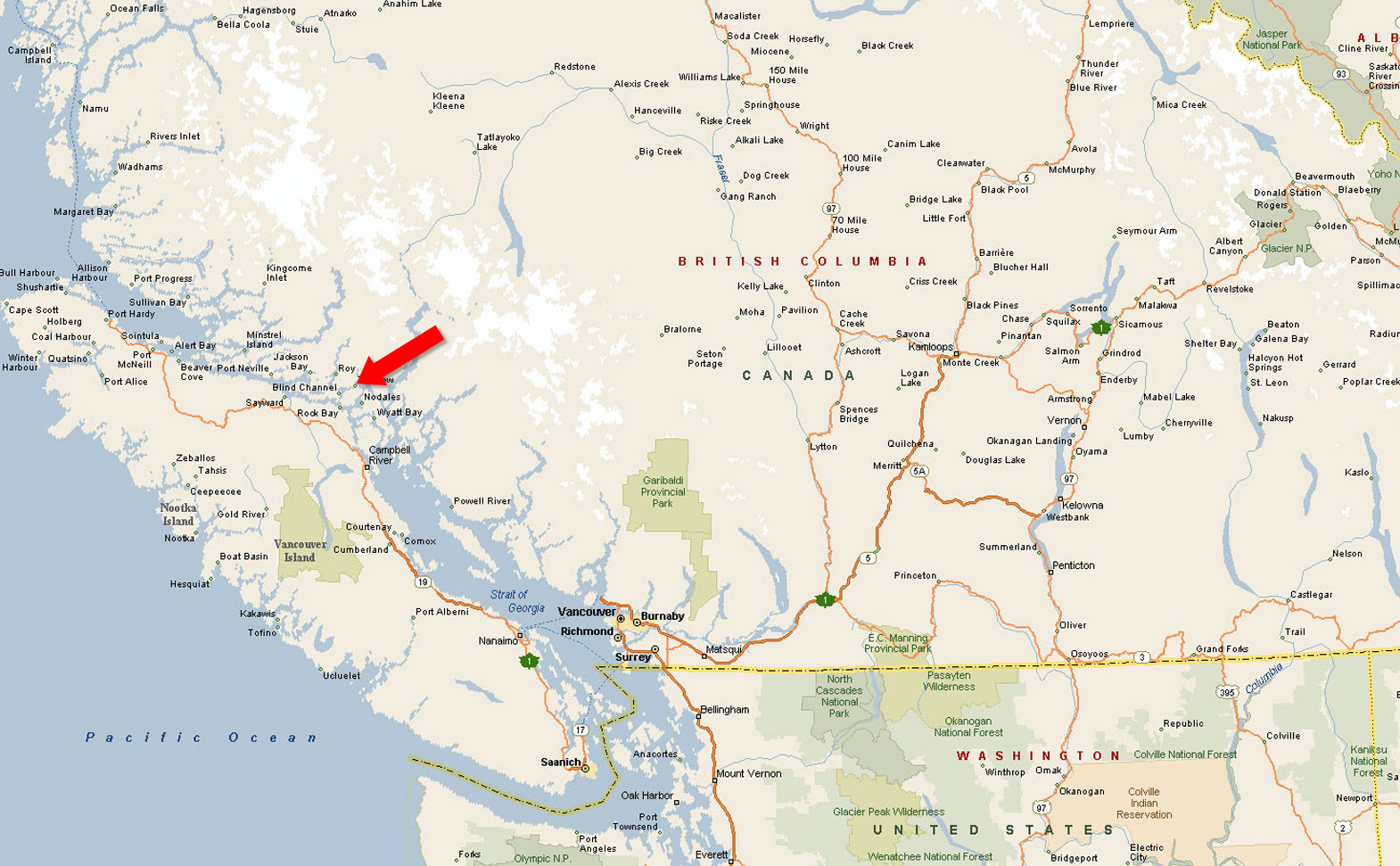 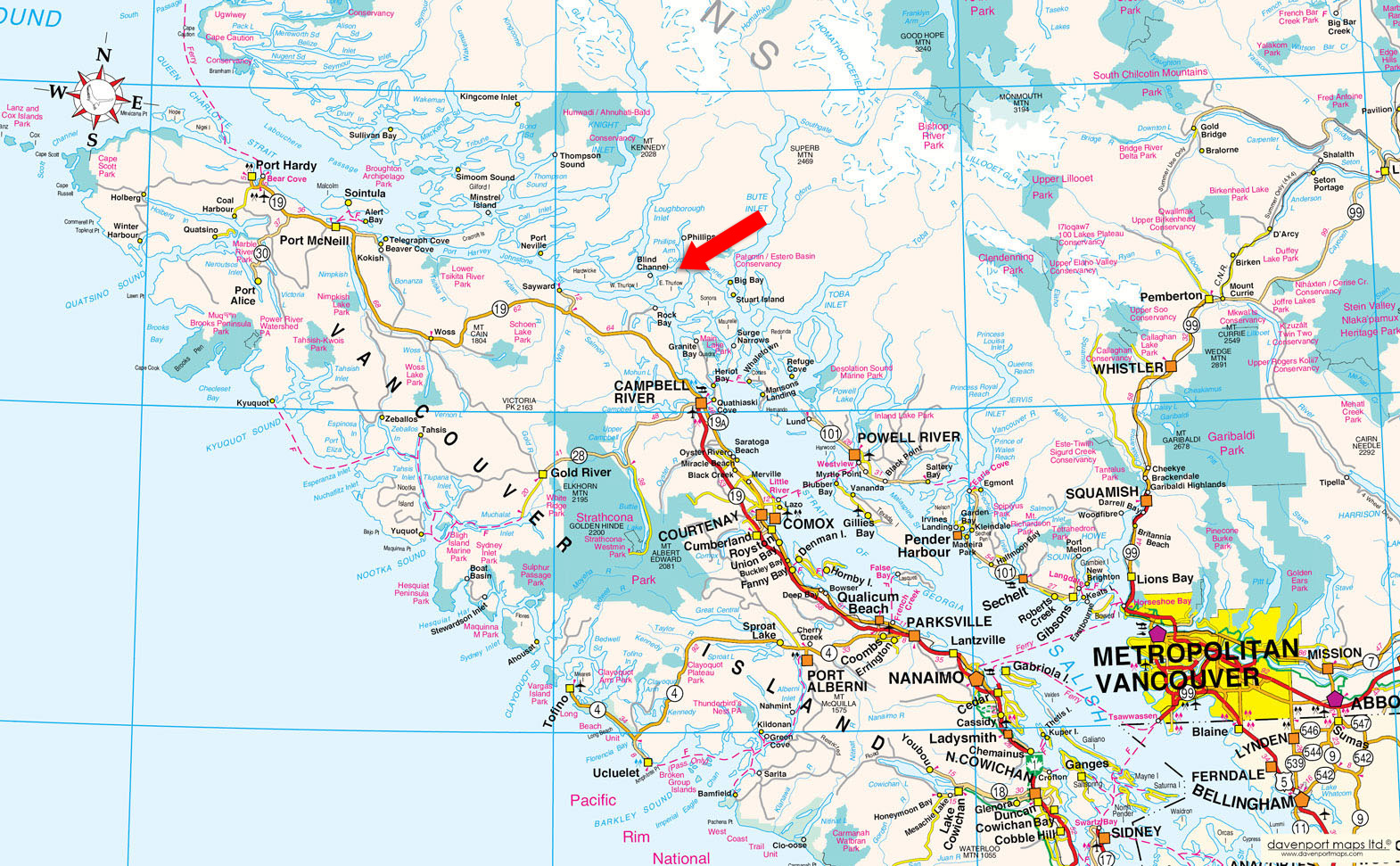 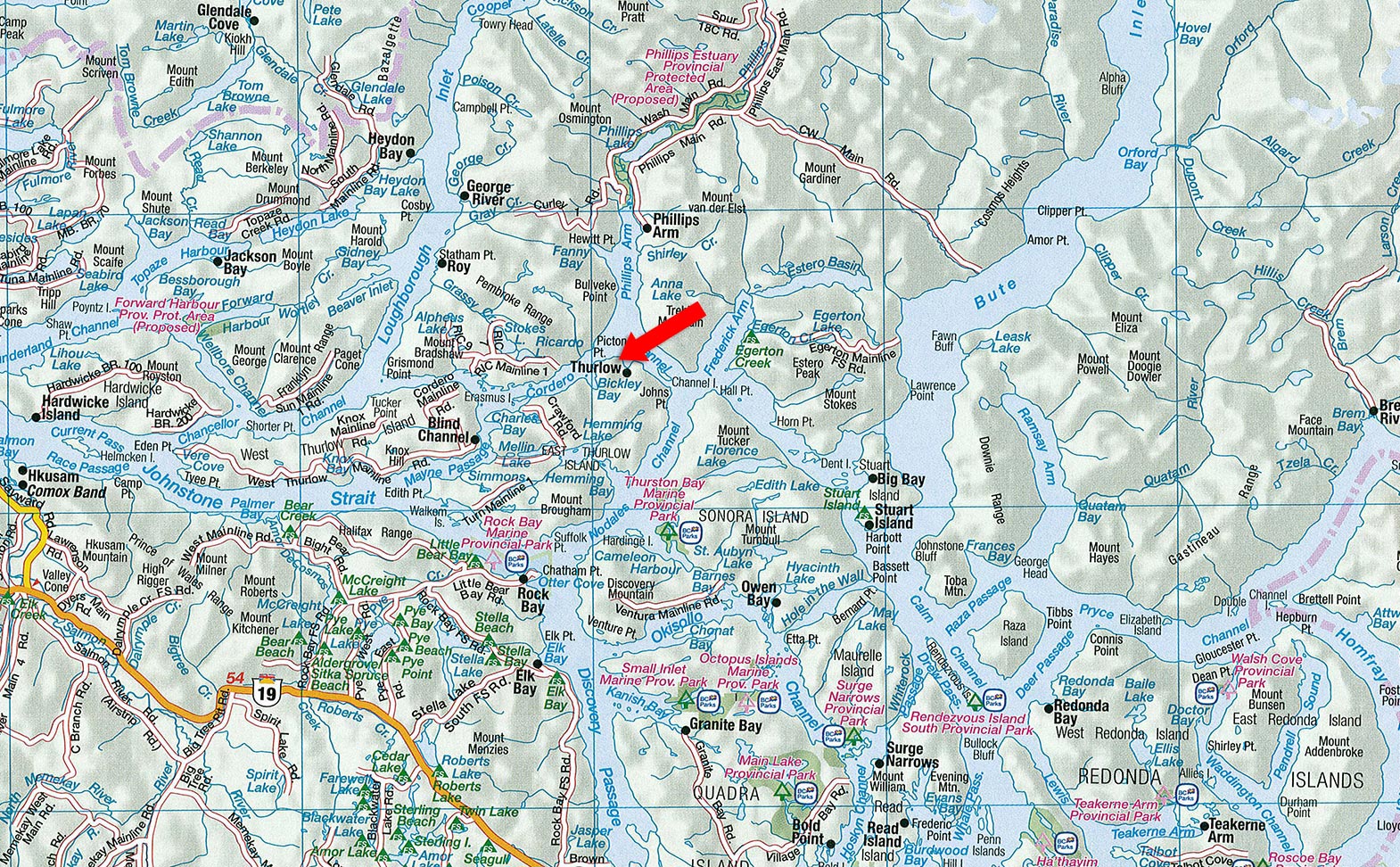 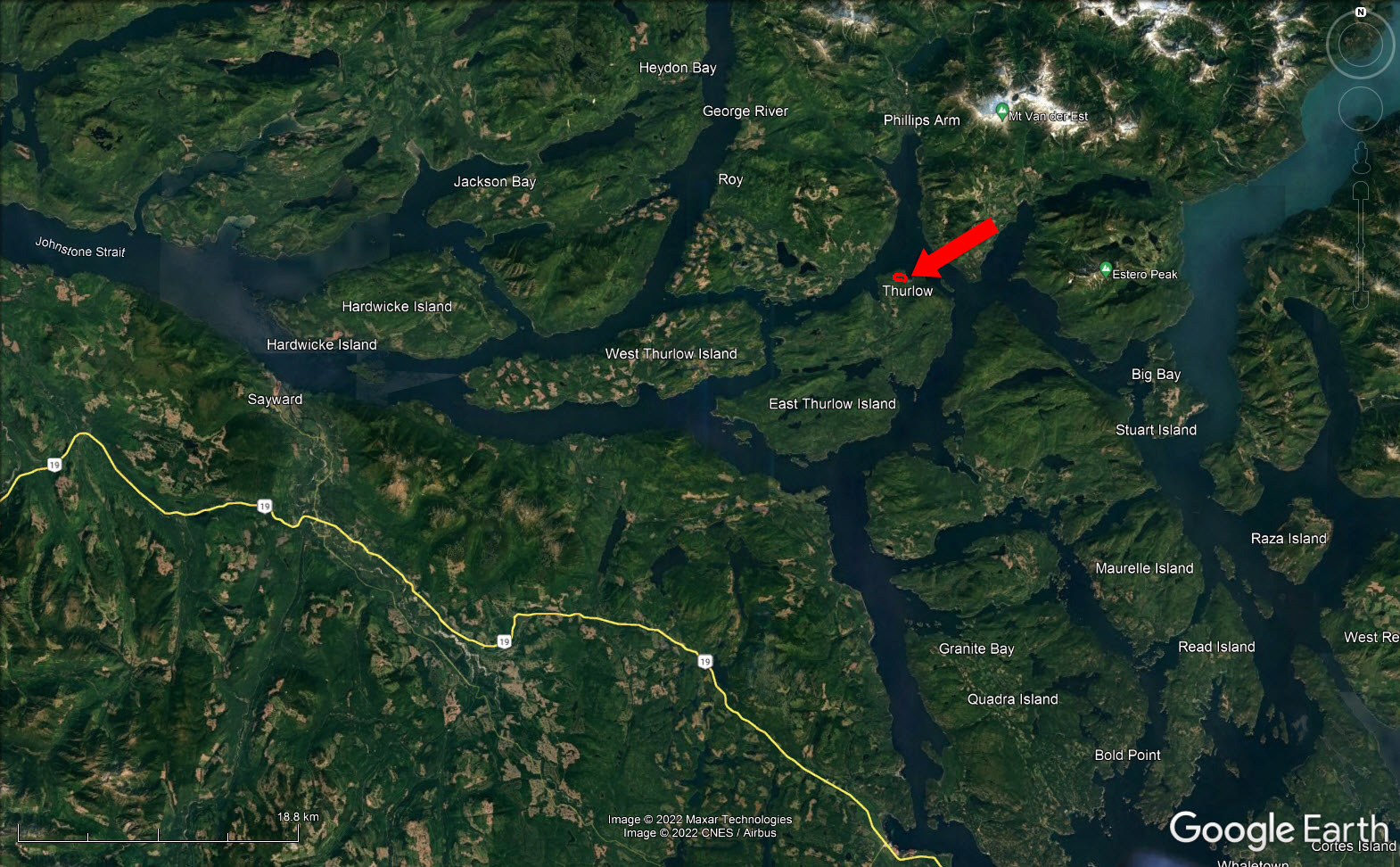 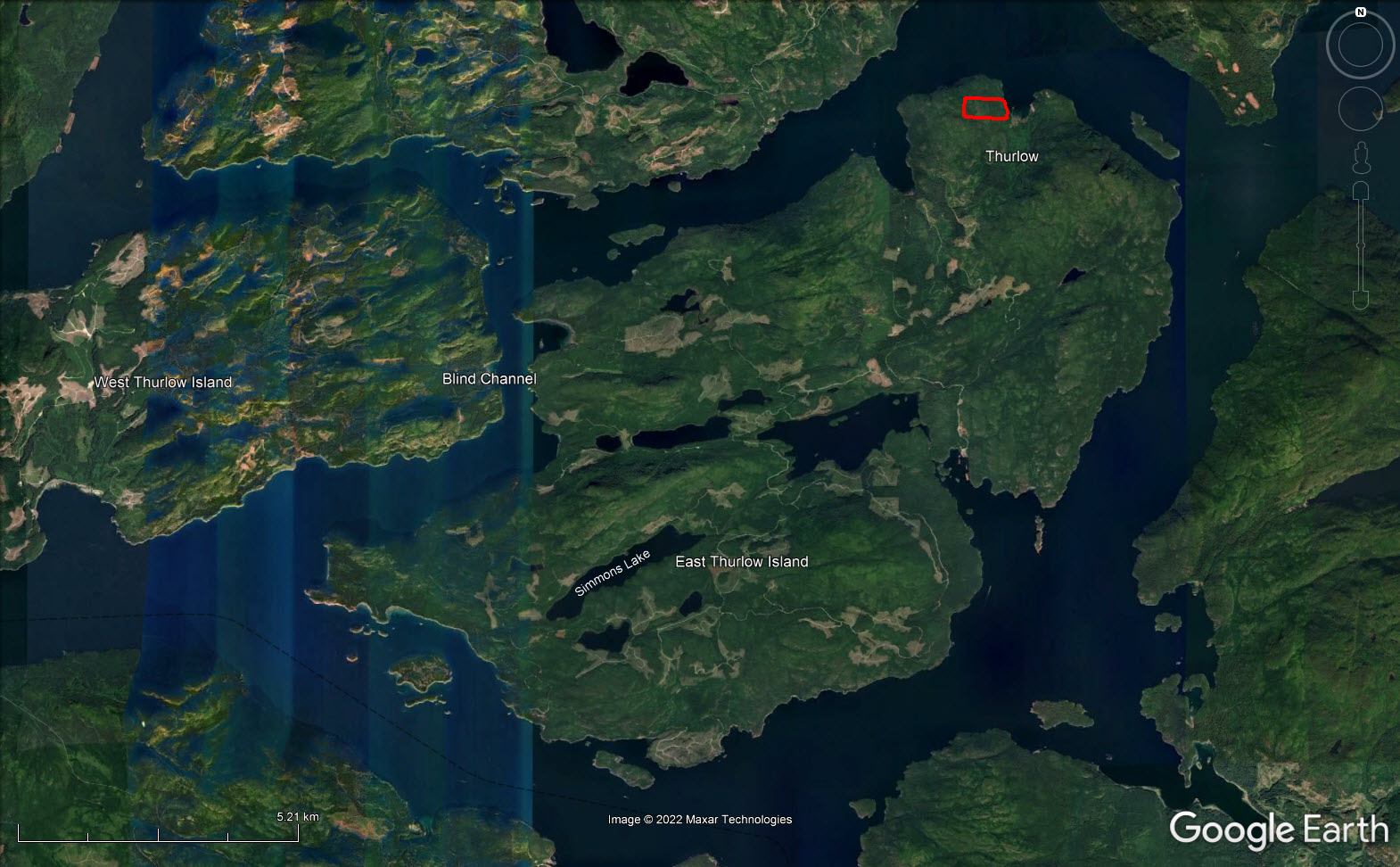 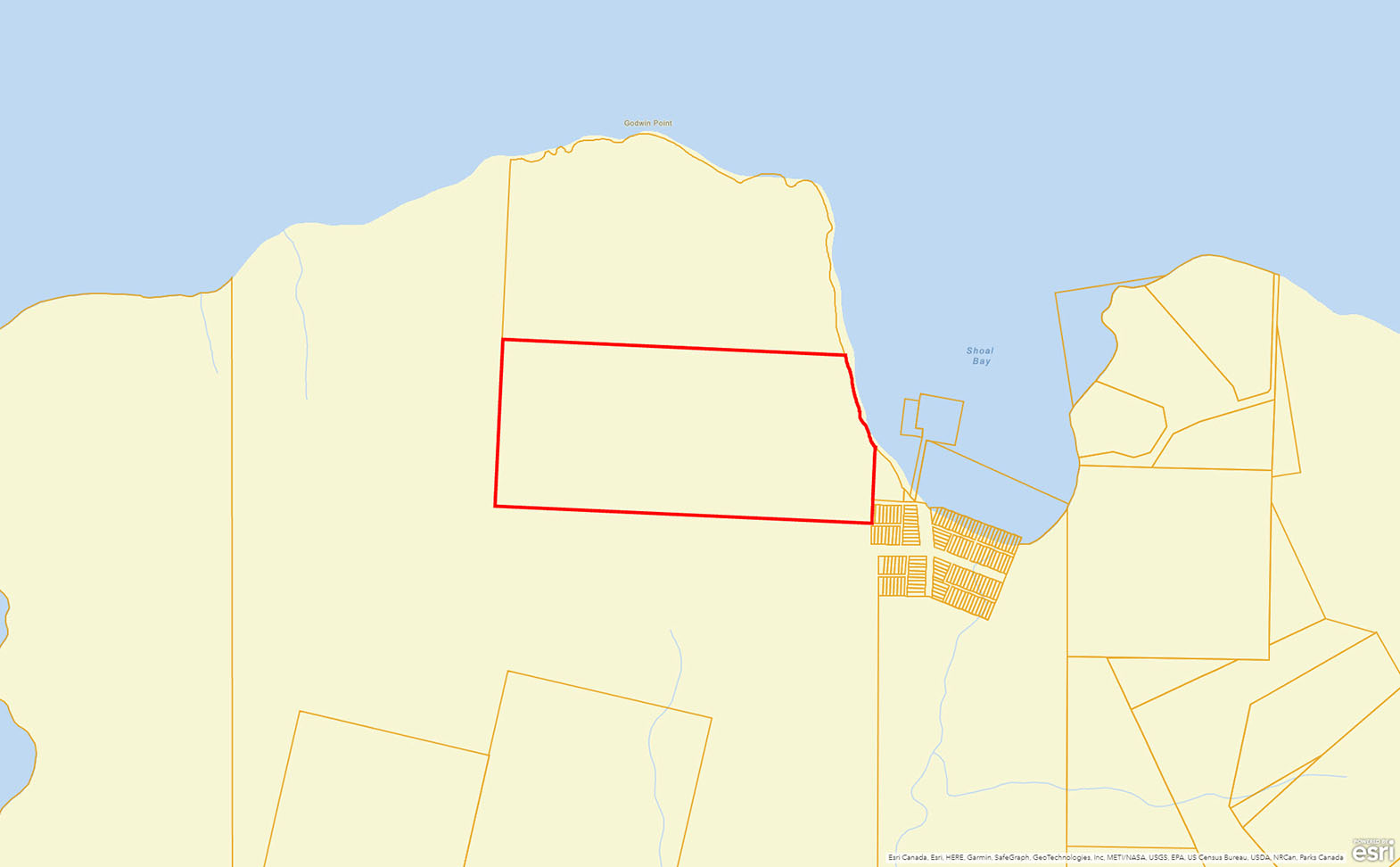 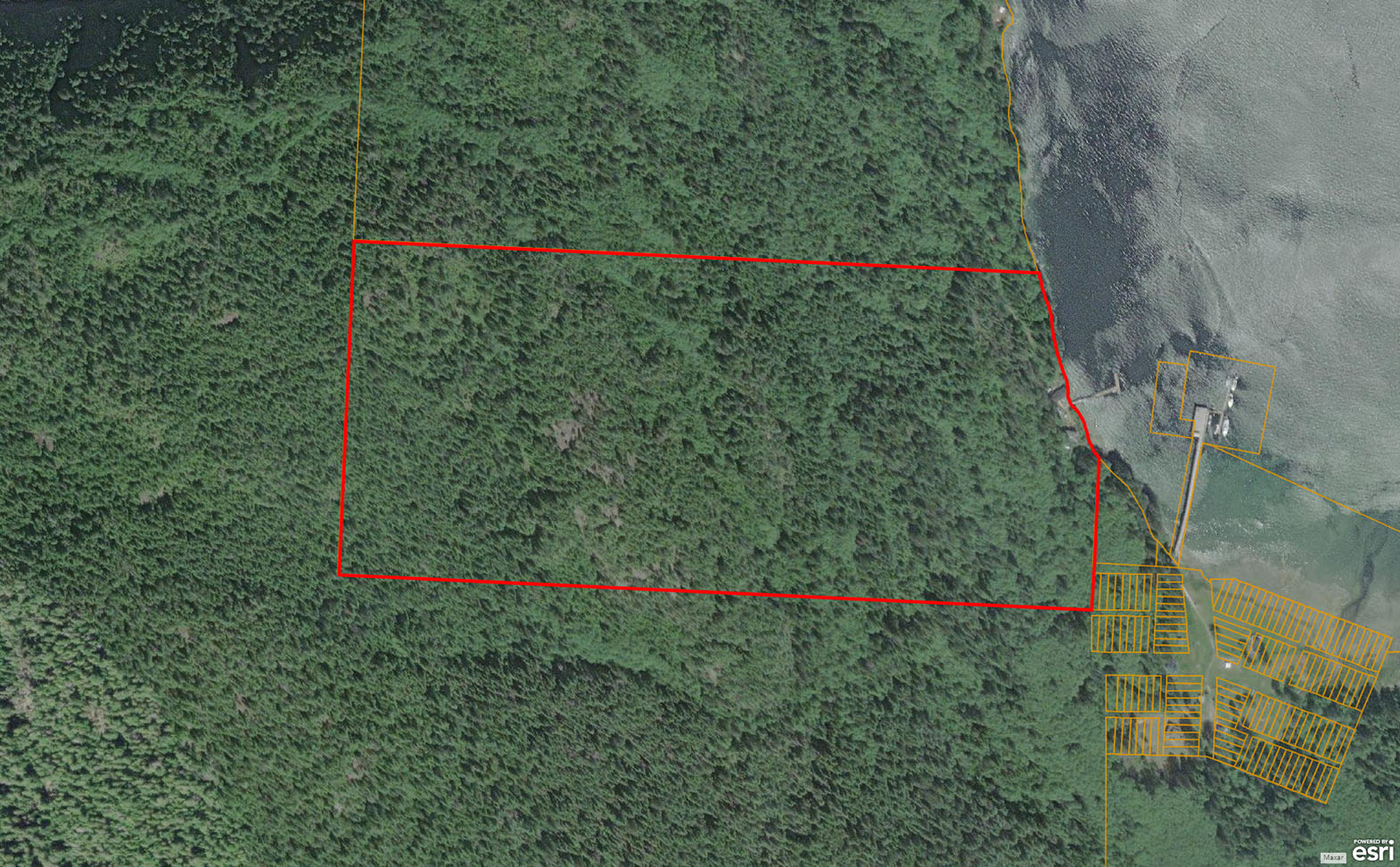 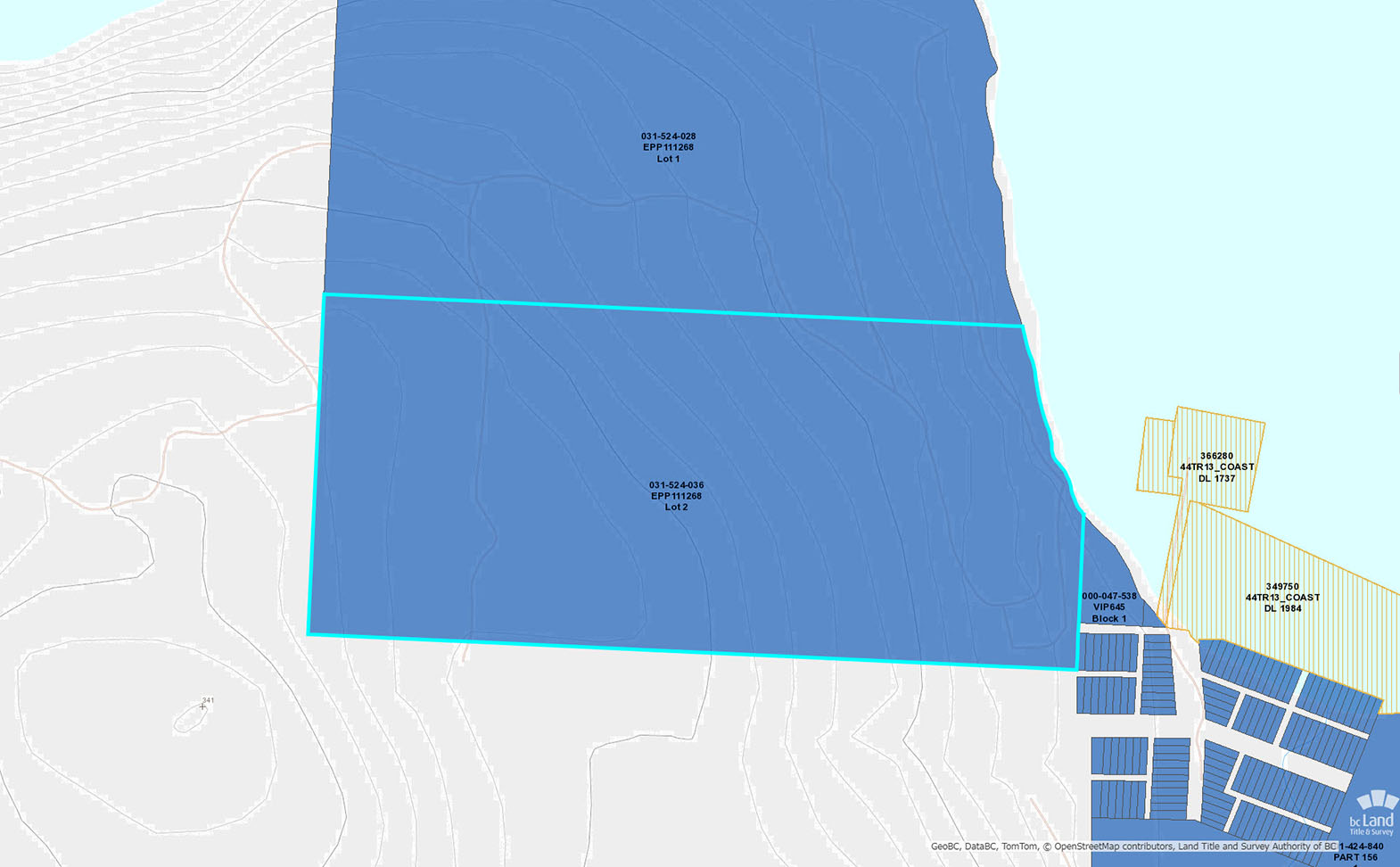