Serene & picturesque 785 acre ranch. 240 acres of cleared area in hay production. This is a unique opportunity to purchase land in one of the most stunning areas of British Columbia. 3,100 ft2 residence as well as the necessary farm infrastructure in place.

Totaling 785 acres of beautiful farmland in the serene and picturesque Grassy Plains region of British Columbia, this beautiful ranch is a can’t miss opportunity. The farm is made of six separate titles, providing options for subdividing and subsequent selling of individual lots. In addition to the countless options this property provides a new owner, it also features approximately 240 acres of cleared area currently in hay production. This area can be used to sustain the farms agriculture needs, or rented out to one of the numerous local farmers in the immediate area. There is also a Crown range lease that will support up to 261 AUMs. This addition will ensure you have the flexibility and space necessary to raise not only a happy and healthy herd, but also manage the land in a sustainable manner.

The charming residence was constructed in the early 1980s and is over 3,100 square feet. In 2011 it underwent major renovations and improvements, as the current owners added a large entrance, all new windows, in-floor heating/furnace, new insulation throughout the outside of the house and basement walls, new hardy plank siding, and finishing of the basement. The home is heated with an outdoor wood boiler and water lines in the basement and main floor and features 4 bedrooms (2 upstairs, 1 main floor, and 1 in the basement) and 3 full bathrooms. The basement has ground level access allowing for its potential conversion to a rental unit with the addition of a kitchen area. The living space is ideal for a large family, or for entertaining guests, with a sun-soaked open concept main floor and beautiful views out over the surrounding farm. The spacious kitchen has everything a chef may need, with butcher block, kitchen island, double oven and much more. Connected to the kitchen area is a door onto the large deck which has exposure year-round and is the perfect place to kick back with a drink in hand after a long day on the farm.

Just beyond the home is the main farm portion where you will find pens for pigs, cattle, and lambs, barns, sheds and storage areas for all your equipment and tools. The yard also offers those with a green thumb ample opportunity for gardening, as well as maintaining the existing apple and cherry trees, raspberry, haskaps and other bushes/fruit trees. The rest of the property is fenced and cross fenced, with a seemingly endless supply of merchantable deciduous and coniferous trees. Additional land could easily be cleared to grow the current agricultural output and generate additional income from the wood gathering.

These six titles are located in the Grassy Plain region of British Columbia on the south side of Francois Lake.

From Burns Lake, BC head south on the N Francois Lake Highway to the Ferry Terminal located on the north side of the lake. Board a Ferry and arrive on the south side of Francois Lake at Southbank. Proceed along Keefes Landing Road until its interception with Tatalrose Road. At this intersection, turn to head west onto Tatalrose Road and continue for approximately 14 km at which point the residence will be on your left.

Francois Lake is approx. 110 km (68 miles) long, making it the second largest natural lake in British Columbia. It offers excellent rainbow trout and char fishing. Rainbow trout over 3 pounds and lake trout (char) over 20 pounds are not uncommon. With a lake of this size watersports of all sorts are popular with opportunities for boating, kayaking and canoeing. This area has many forest recreation sites, which offer many trails for hiking and mountain biking. In the winter, ice fishing, cross-country skiing and snowmobiling is popular.

Burns Lake is a rural village in the Northwestern-Central Interior of British Columbia, incorporated in 1923. The village has a population of 1,779 according to the 2016 Census. The Village is renowned for its rich First Nations heritage, and for its extensive network of mountain biking trails, which have received international acclaim by becoming Canada's first IMBA Ride Centre. In winter, cross-country skiing trails and snowmobile wilderness trails are created. Burns Lake is located in the midst of a large networks of lakes called the Lakes District, with fishing and hunting year-round, and water activities in the summer months. The town serves as a hub for the local logging, saw-milling, mining and tourist industries. It also serves as the main commercial centre for the surrounding area including François Lake, Colleymount, Grassy Plains, Rose Lake, Topley, and Granisle. There are three pubs, many cafes and restaurants a selection of stores, and services, numerous hotels and motels, a library and a hospital. The famous musician, Stuart McCallum, grew up in Burns Lake and attributes its influence in his music. It is also the location of the head offices of the Regional District of Bulkley-Nechako.

Fort Fraser is an unincorporated community of about 500 people, situated near the base of Fraser Mountain close to the village municipality of Fraser Lake and the Nechako River. Originally established in 1806 as a North West Company fur trading post by the explorer Simon Fraser, it is one of present-day British Columbia's oldest permanent European-founded settlements. The area around the community is also recorded as the site of the first land in British Columbia cultivated by non-First Nations people.

Prince George, with a population of 74,003, is the largest city in northern British Columbia and is the "Northern Capital" of BC. It is the most major municipality near the property. Situated at the confluence of the Fraser and Nechako Rivers, and the crossroads of Highway 16 and Highway 97, the city is the service and supply hub for one of the fastest-growing regions in Canada and plays an important role in the province's economy and culture.

Prince George is the dominant economic center of the region. Public sector and education based jobs dominate the municipality’s economy. Presently the Northern Health Authority, stationed in Prince George, possess a $450 million budget and have invested $100 million into local infrastructure. UNBC, the College of New Caledonia and School District #57 adds a further $750 million into the local economy.

The city’s economy was once dominated by the lumber sector; however, the Fraser-Fort George Regional District has experienced extensive closures of the region’s lumber mills. This has been attributed to the movement towards “super mills,” a loss of supply caused by the prevalence of the Mountain Pine Beetle and US tariffs on lumber exports. It is predicted that mining exploration and development will soon supersede the lumber industry, as the dominant industry in Prince George and the surrounding areas. Additionally, Initiatives Prince George estimates that the Nechako Basin contains 5,000,000 barrels of oil, which could help diversify the region’s economy further through the commencement of petroleum harvesting operations.

Presently, the city of Prince George has a number of private enterprises and facilities operating in and contributing to its local economy. These facilities include:

The region surrounding the property is famous for its outdoor recreational opportunities. The following activities are available:

The same snow, which affords excellent snowmobiling opportunity, provides excellent slope conditions. Taber Mountain and Purden Ski Village, or Smithers are all within driving distance of the property. For more rugged skiing/snowboarding adventures, you may drive north to Powder King Mountain in the Pine Pass.

The property is in the immediate vicinity of Francois Lake and an infinite number of additional waterbodies. This generates enormous opportunities to go boating, canoeing, fishing and a host of other water activities.

With all the surrounding Crown land and nature the options for hiking and camping are endless.

The summer climate is ideal for a large and expansive garden providing the opportunity to become very self-reliant from produce perspective.

With Prince George under 3 hours away, the opportunity to go out on the town is always available. The Prince George Cougars (WHL) always provide excellent entertainment. There are fitness centers, pools, restaurants, bars and everything else you could possibly need.

Francois Lake got its current name by mistake. The Carrier First Nations named the lake Nitapoen Lip Lake because of its shape. The early settlers mistook ‘Nita’ for white man and the lake was named ‘Lac de Francois’ because most of the early settlers at the time were French Canadian voyageurs. During the early years, the residents pronounced it ‘Francis Lake”, however, it is now known as “Francois Lake.” 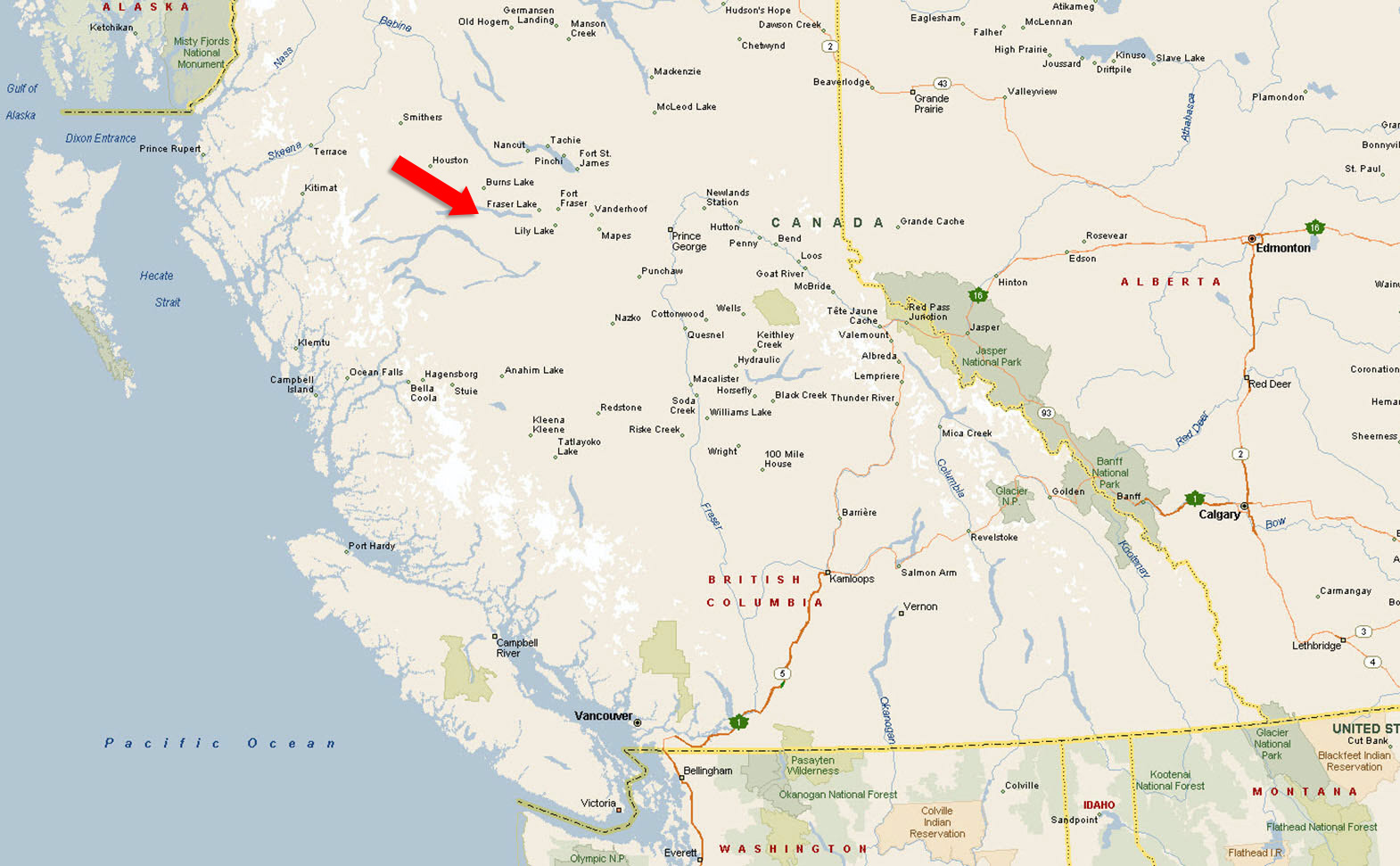 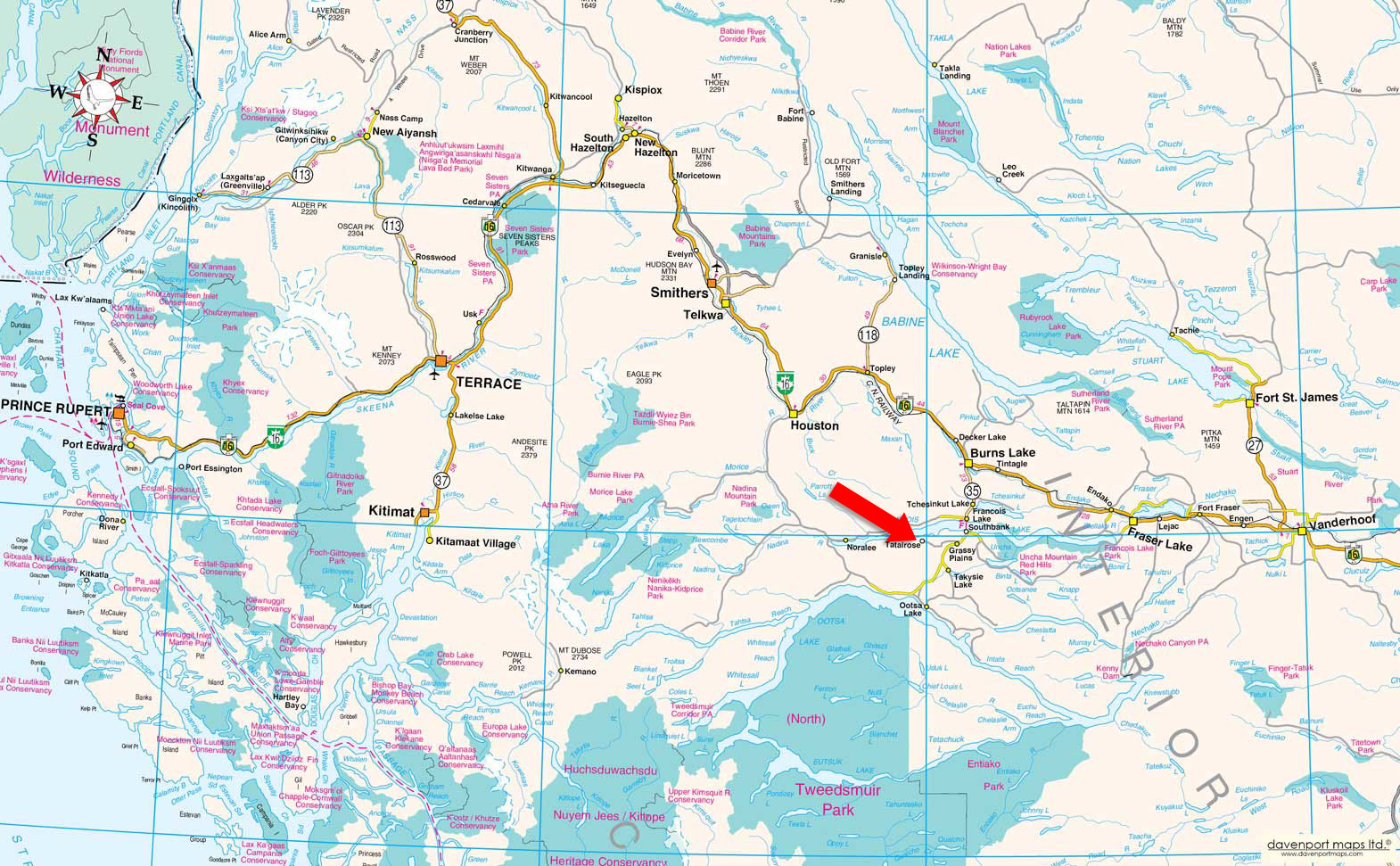 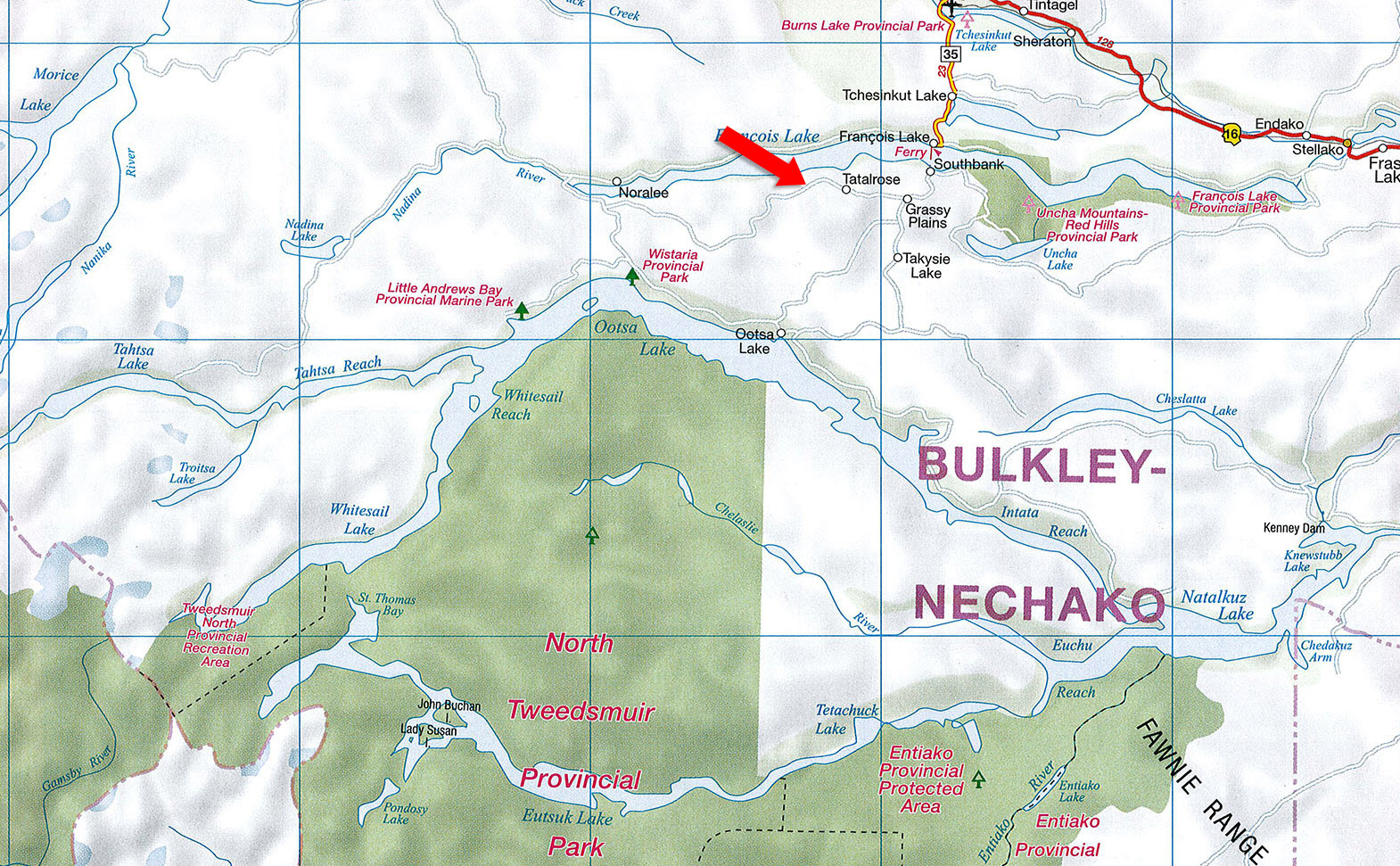 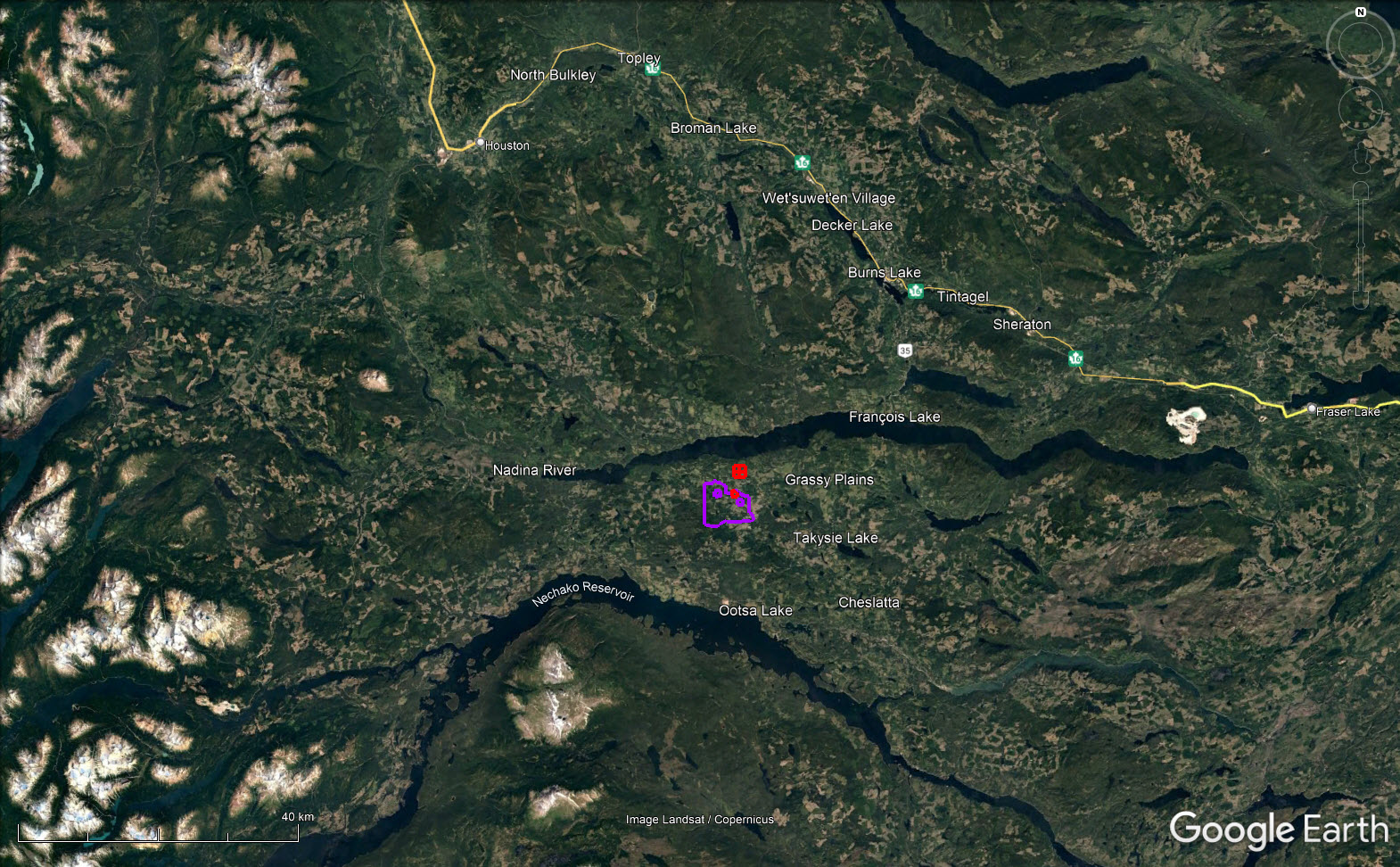 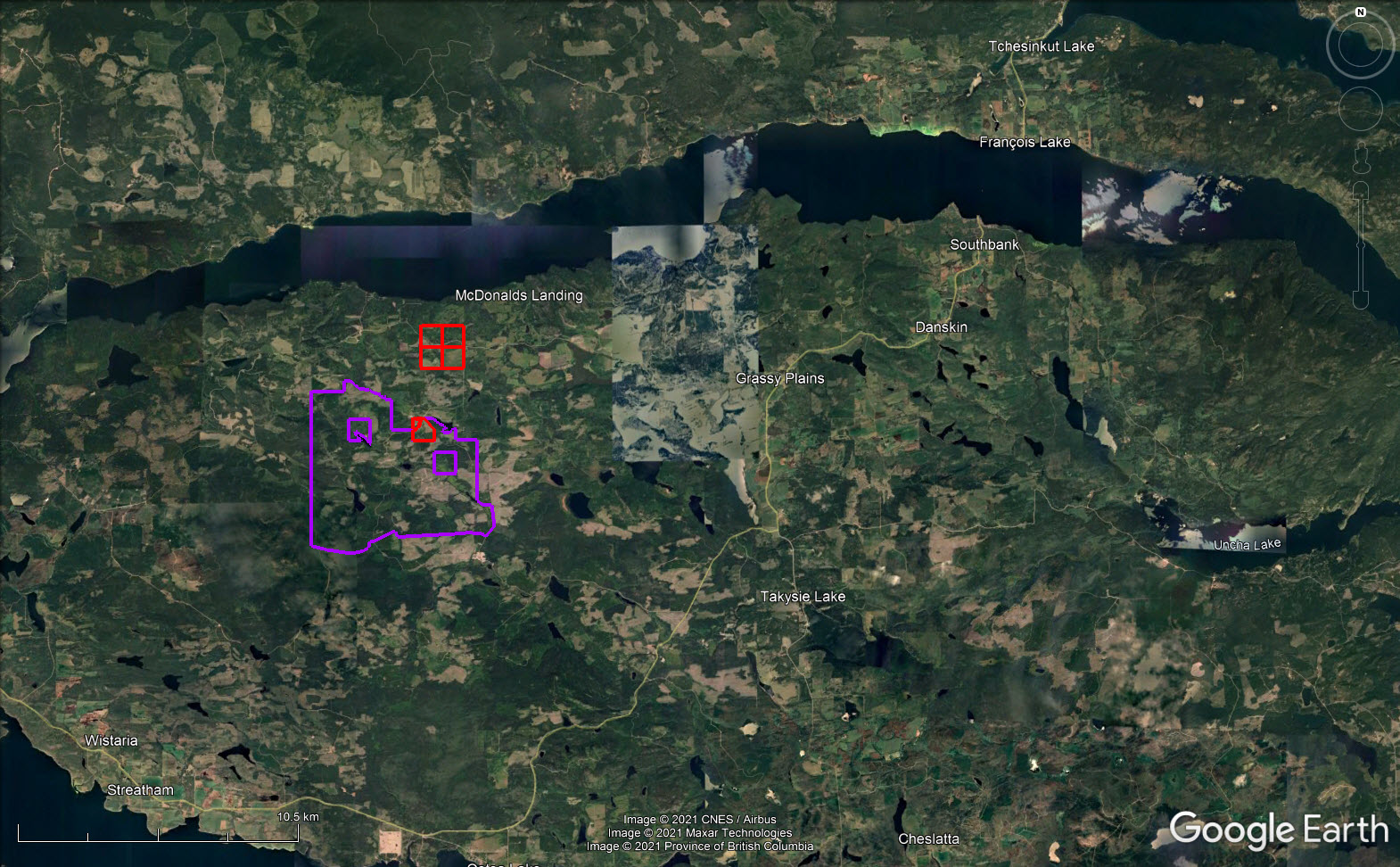 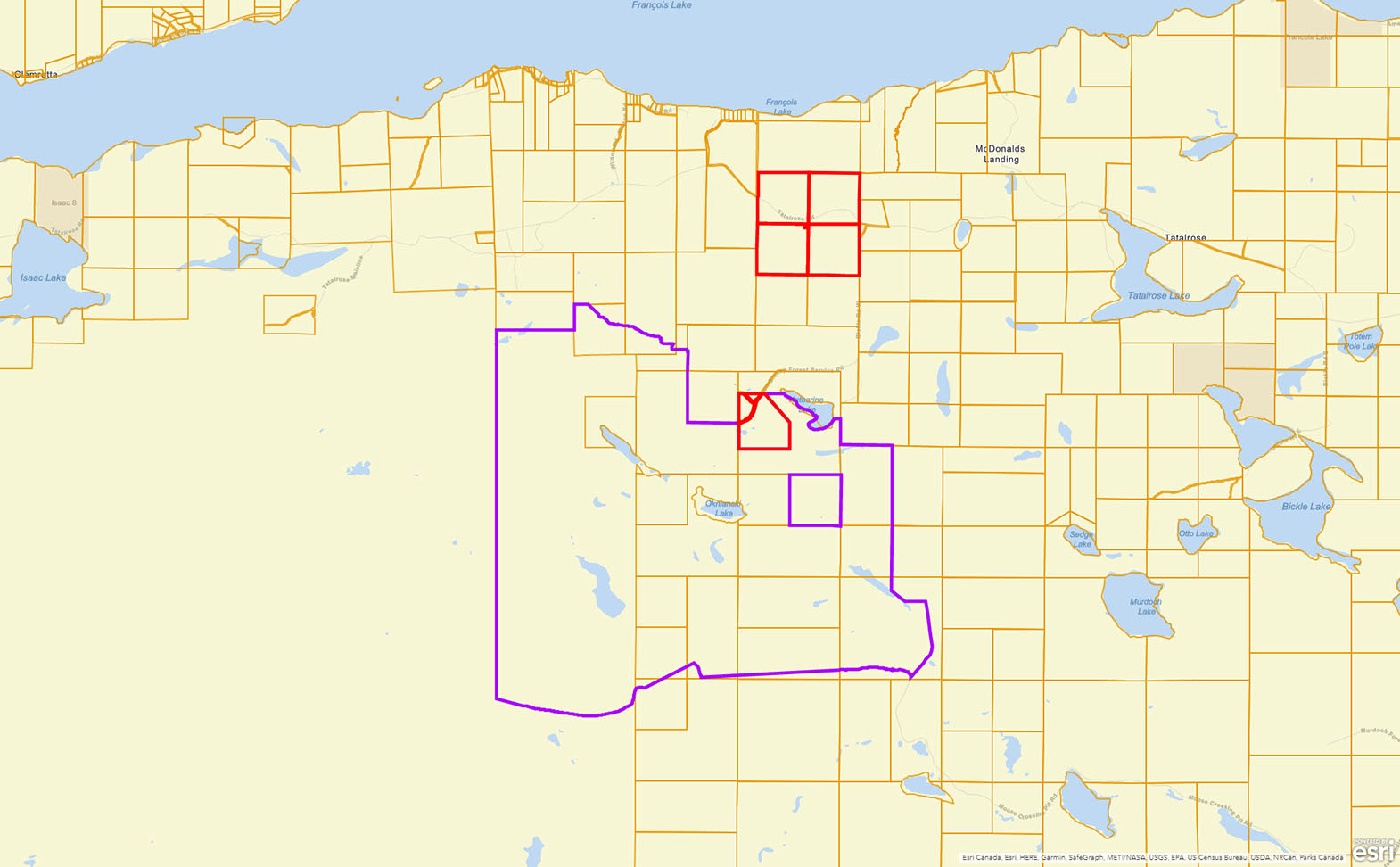 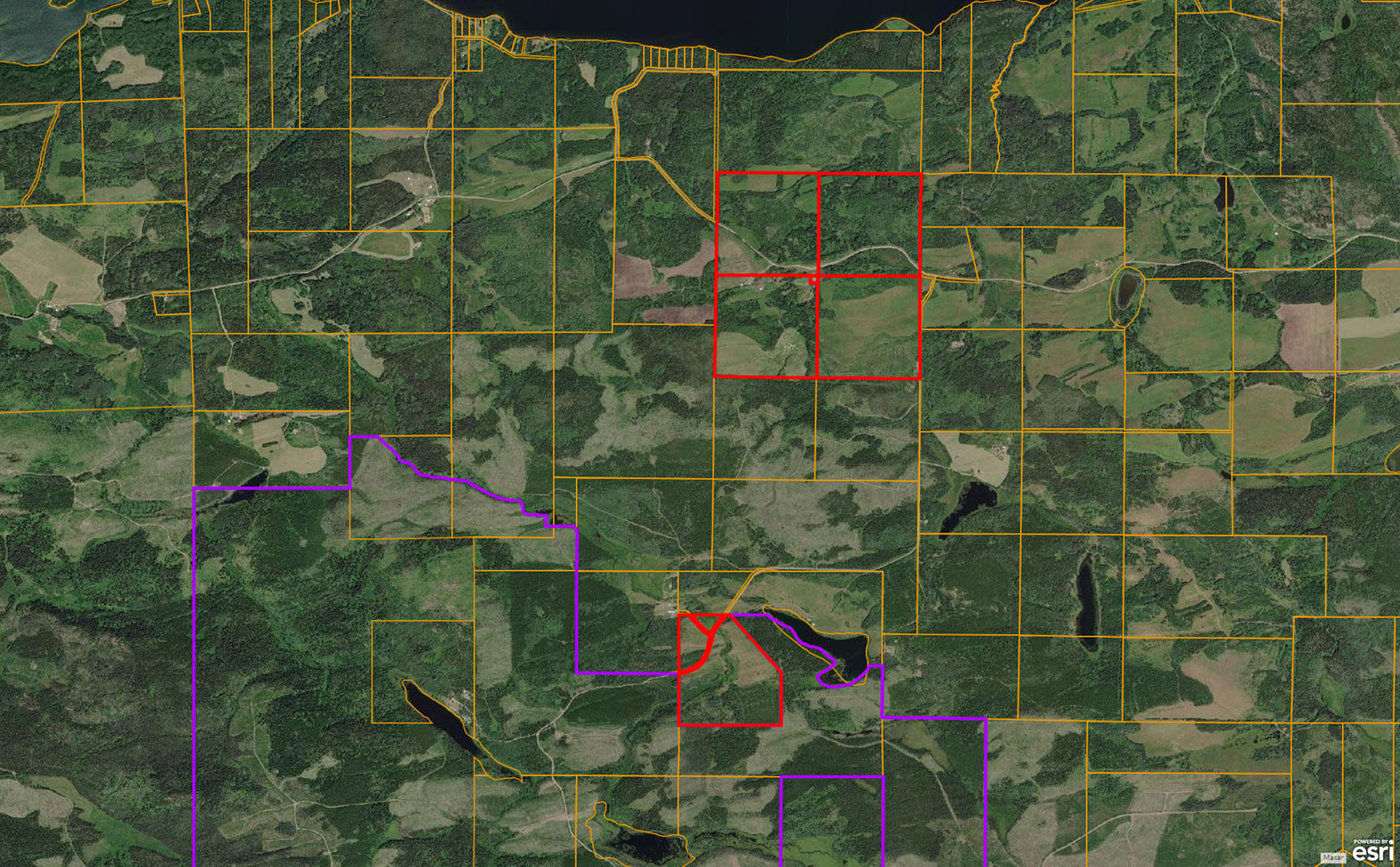 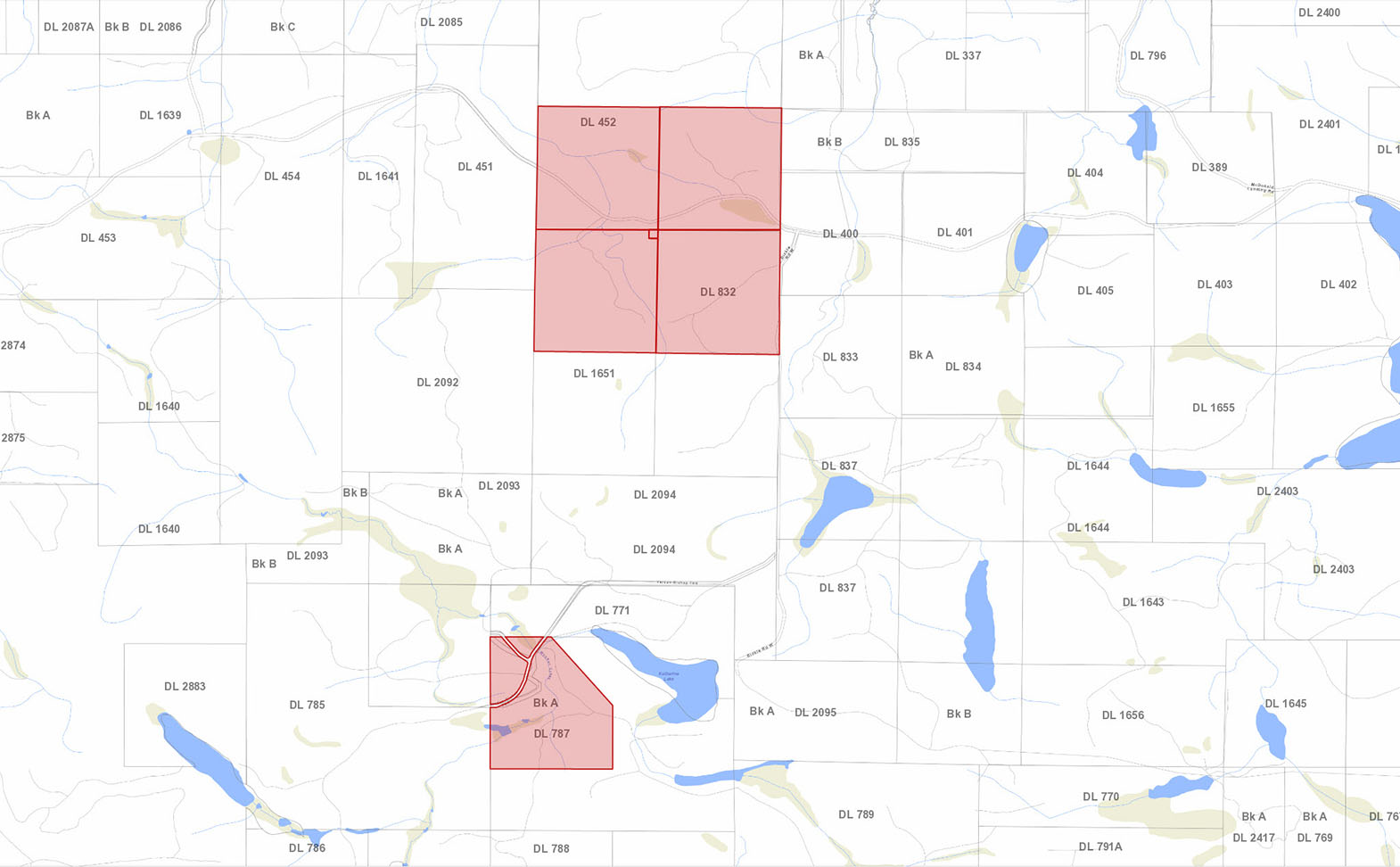