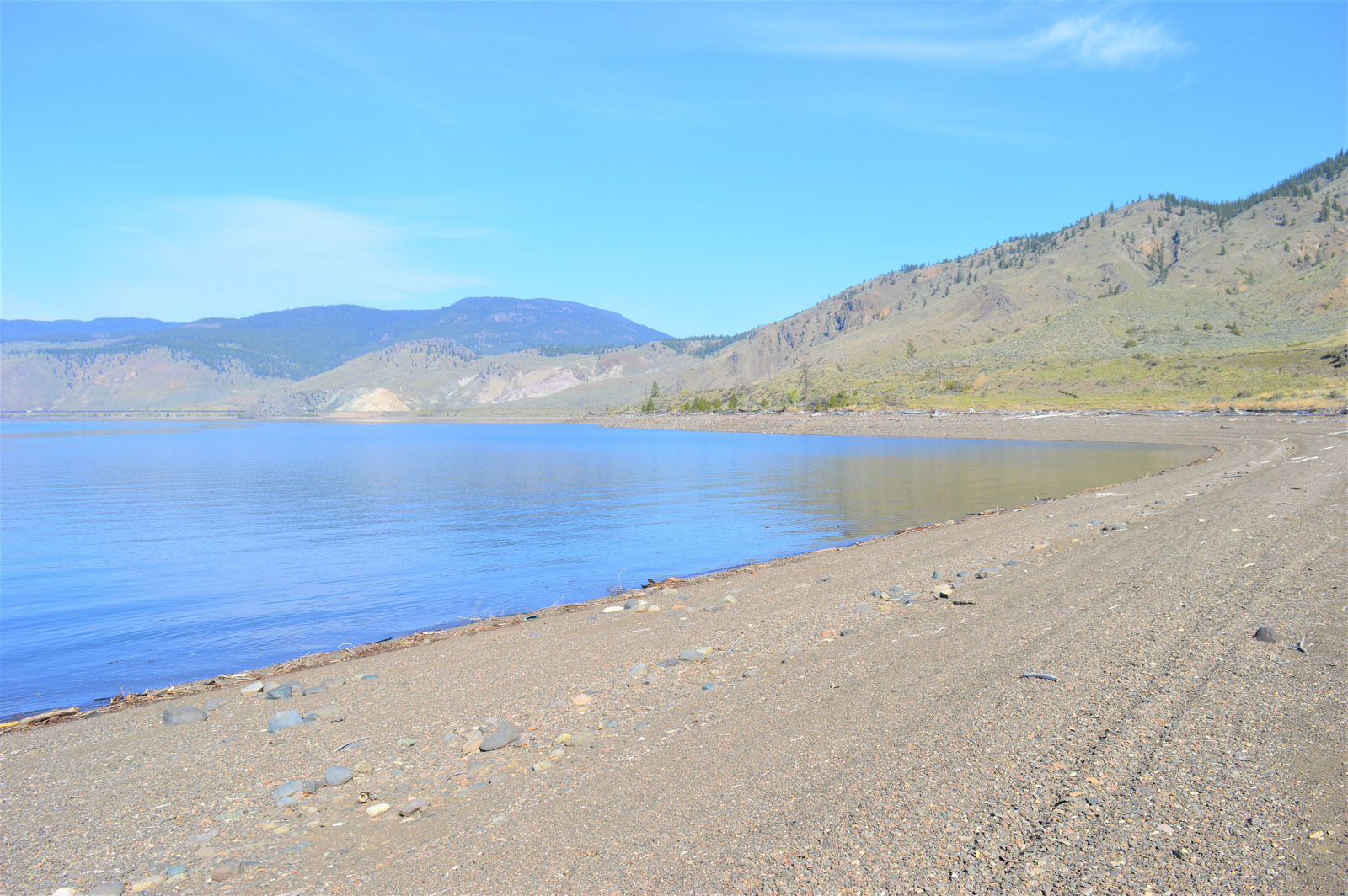 21 acres of lakefront with 2,400± ft of waterfront. Most of shoreline is sandy beach. Access is seasonal 4x4 road or boat access from Tobiano across the lake. CN Rail runs through. Rousseau Creek runs through. Good fishing & boating. Backs onto Crown land. 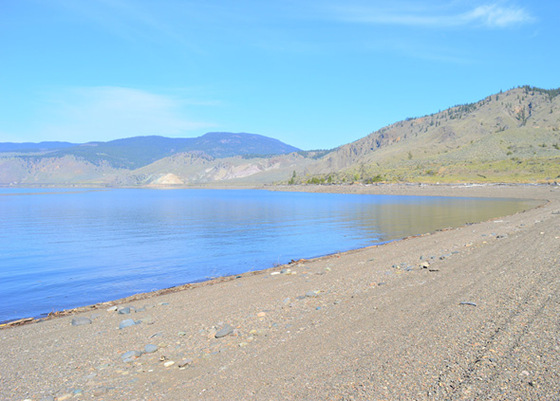 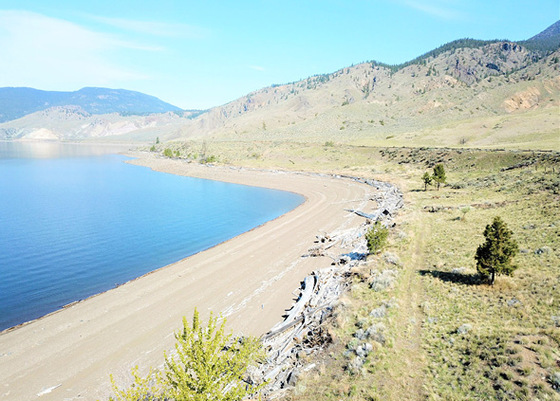 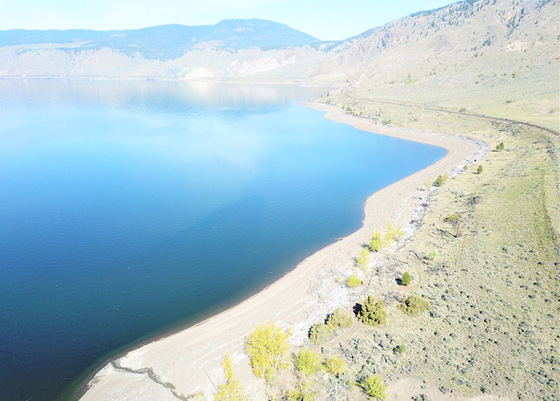 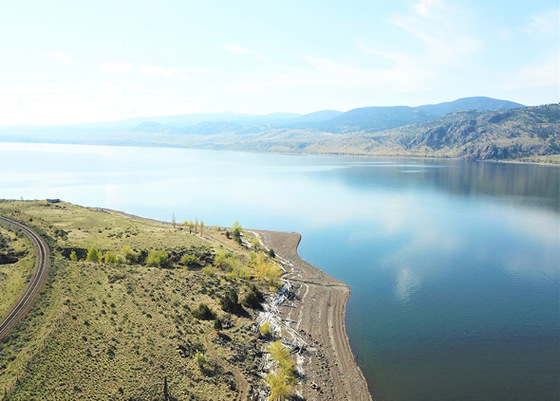 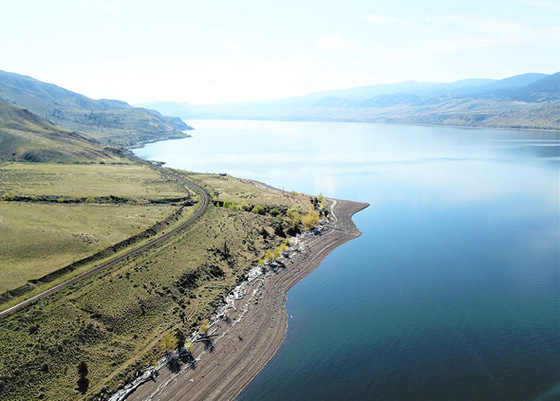 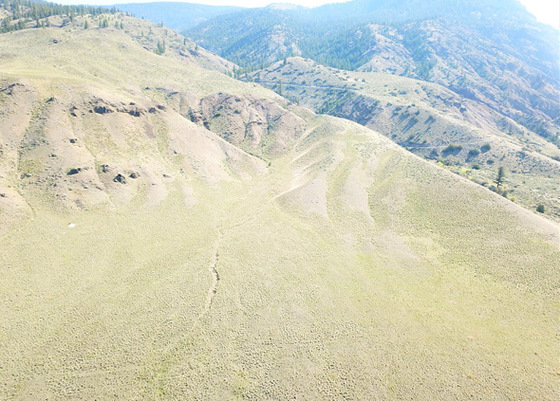 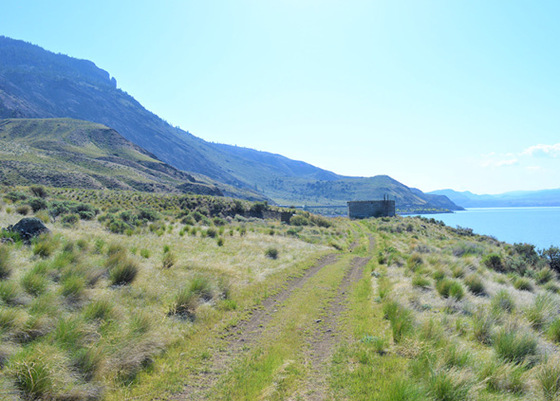 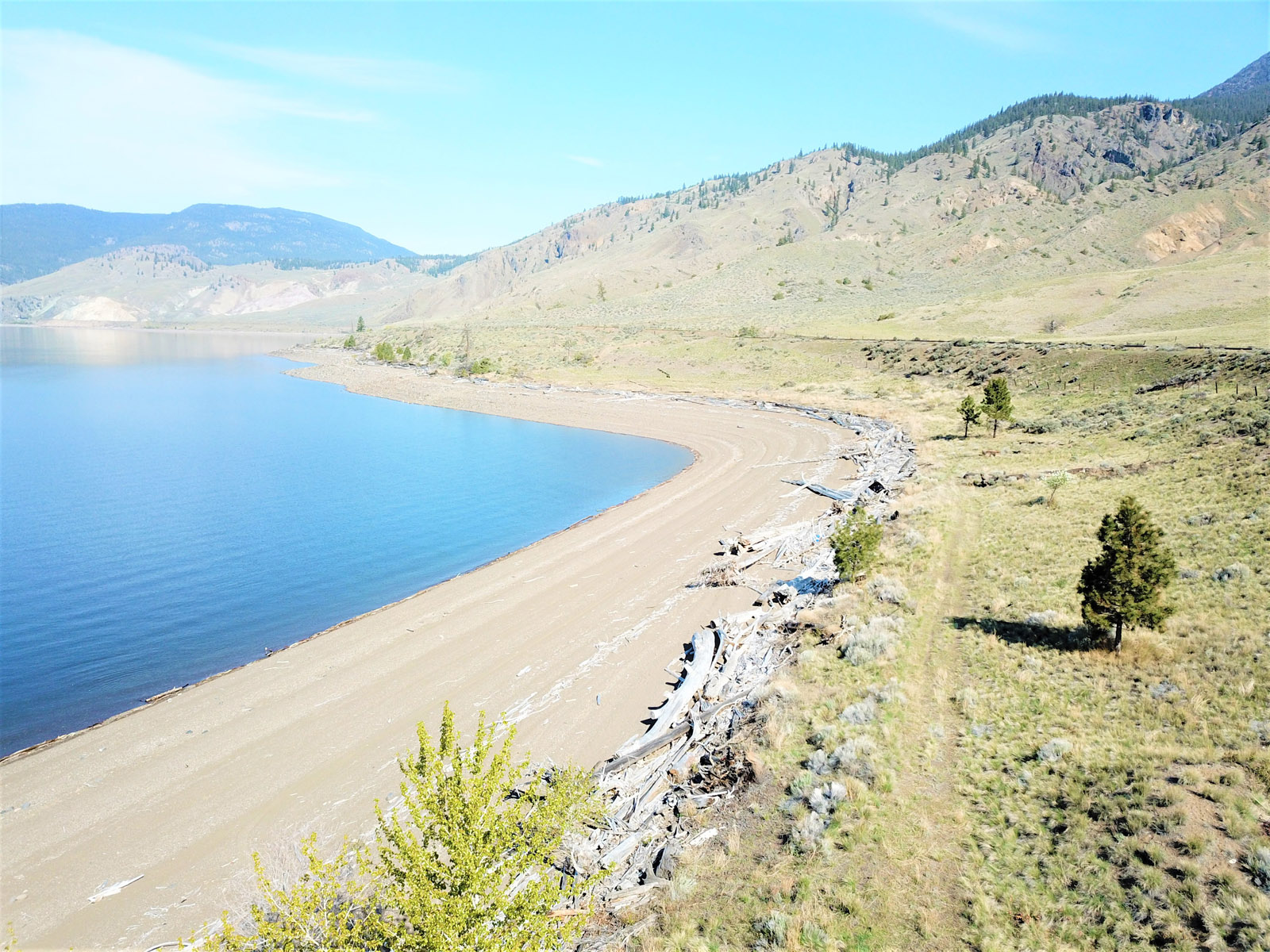 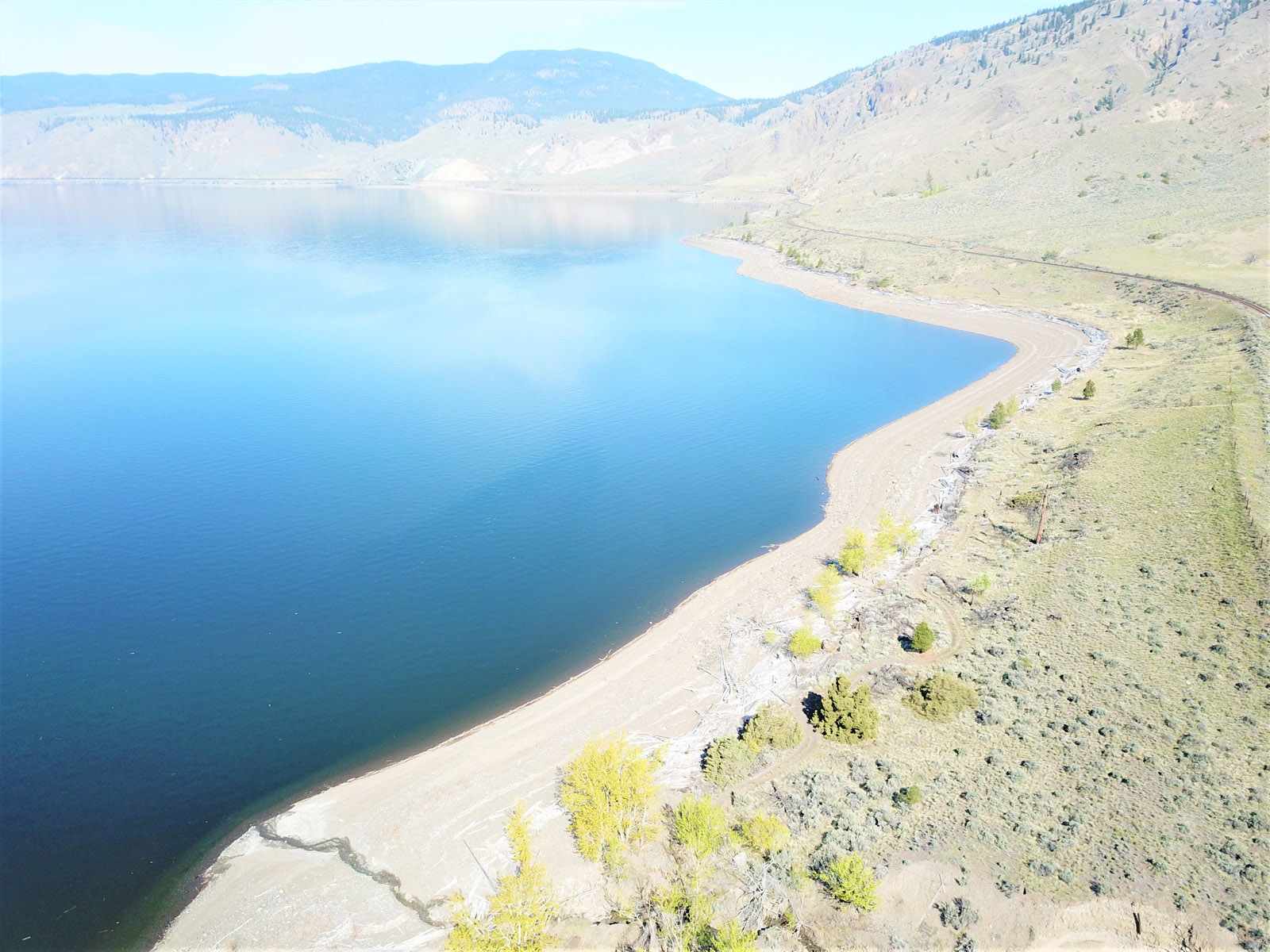 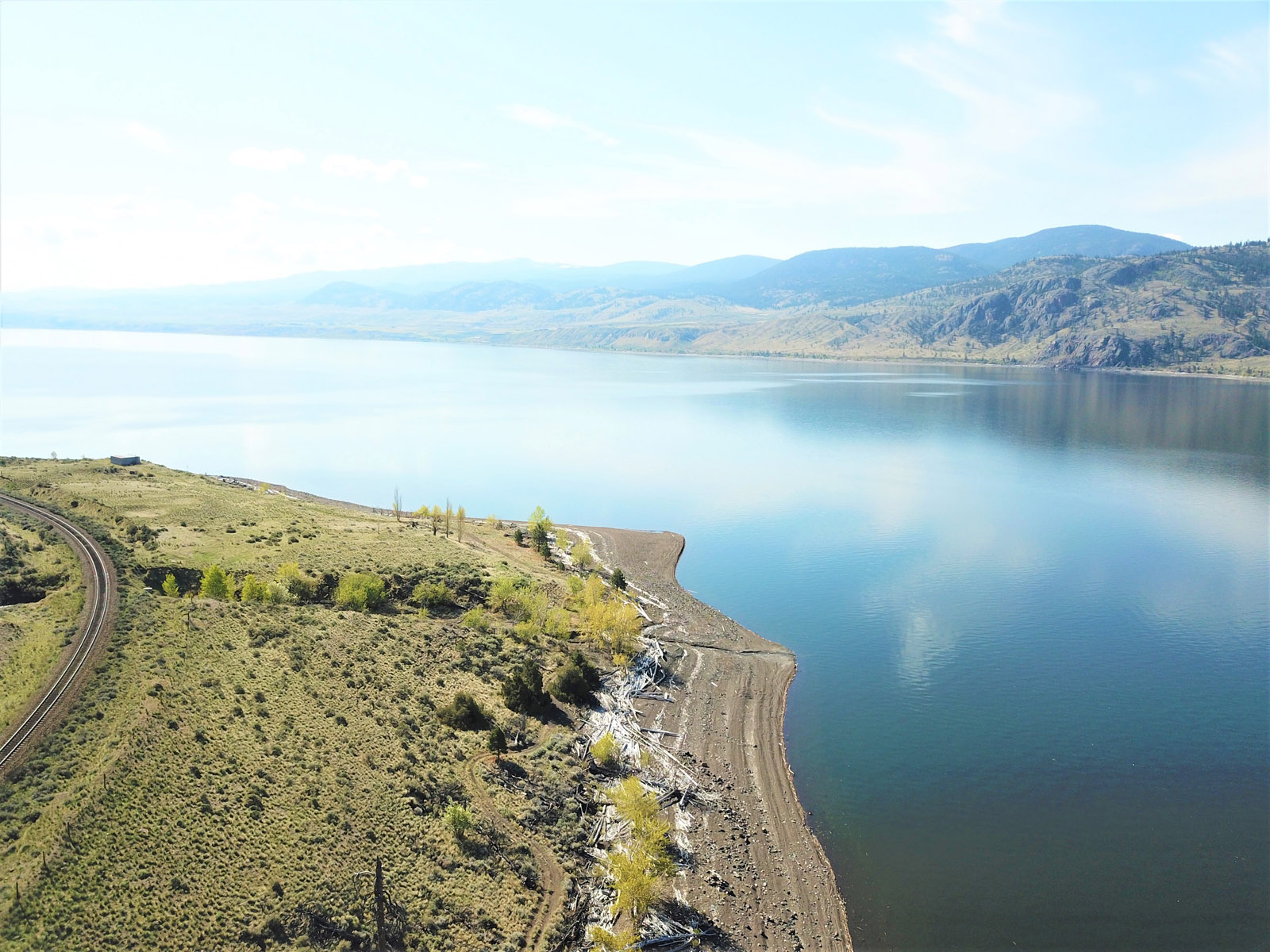 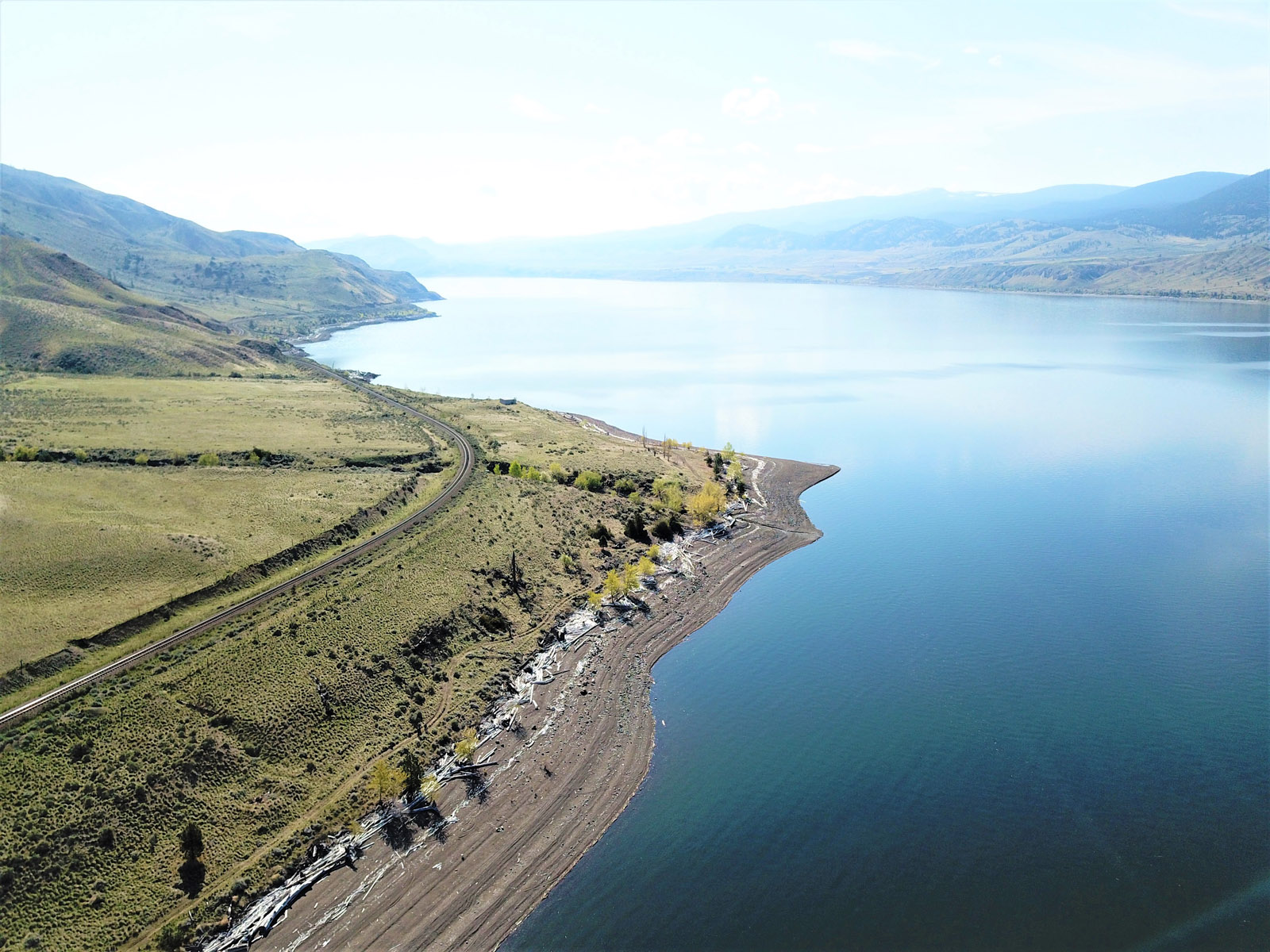 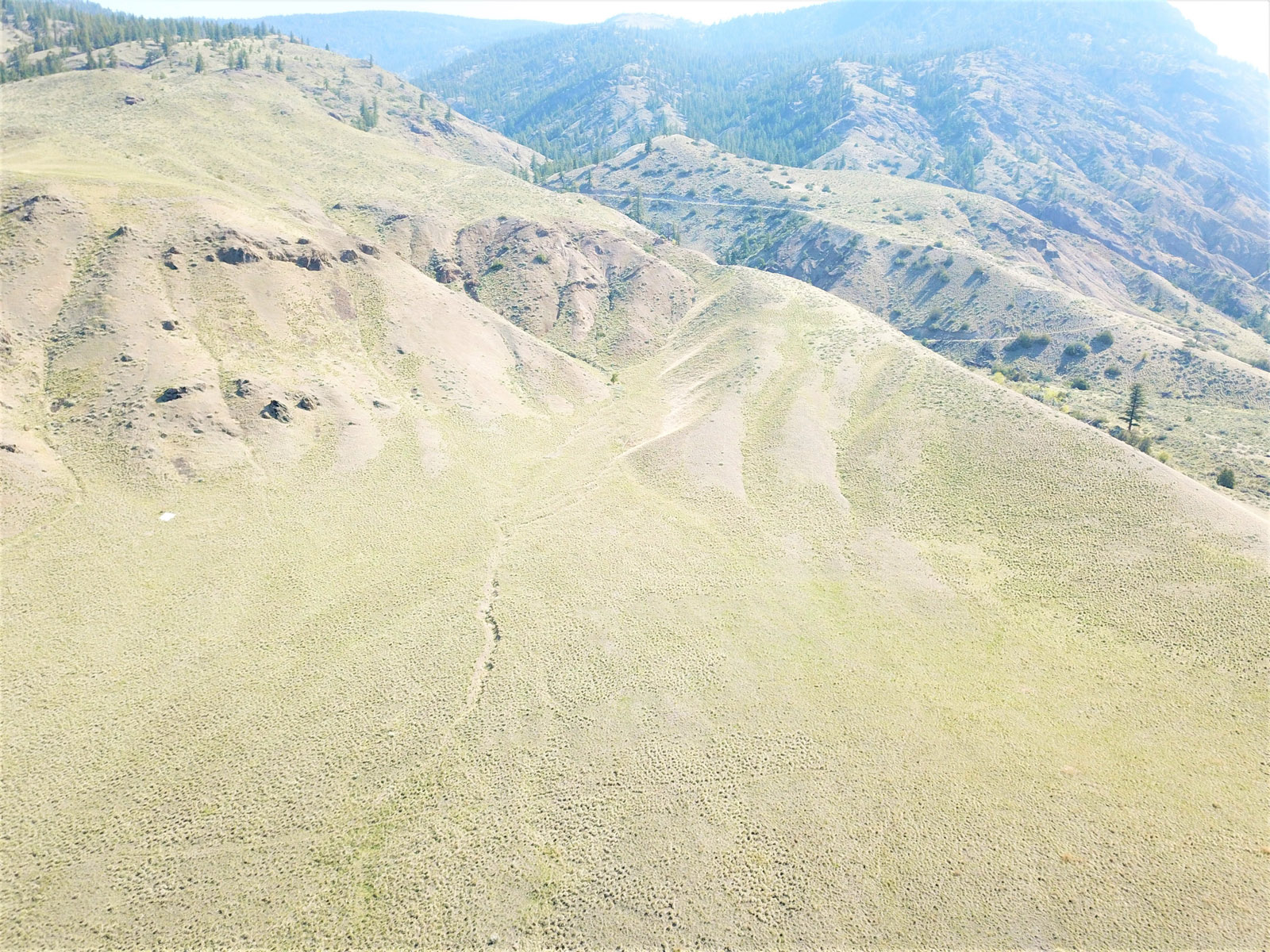 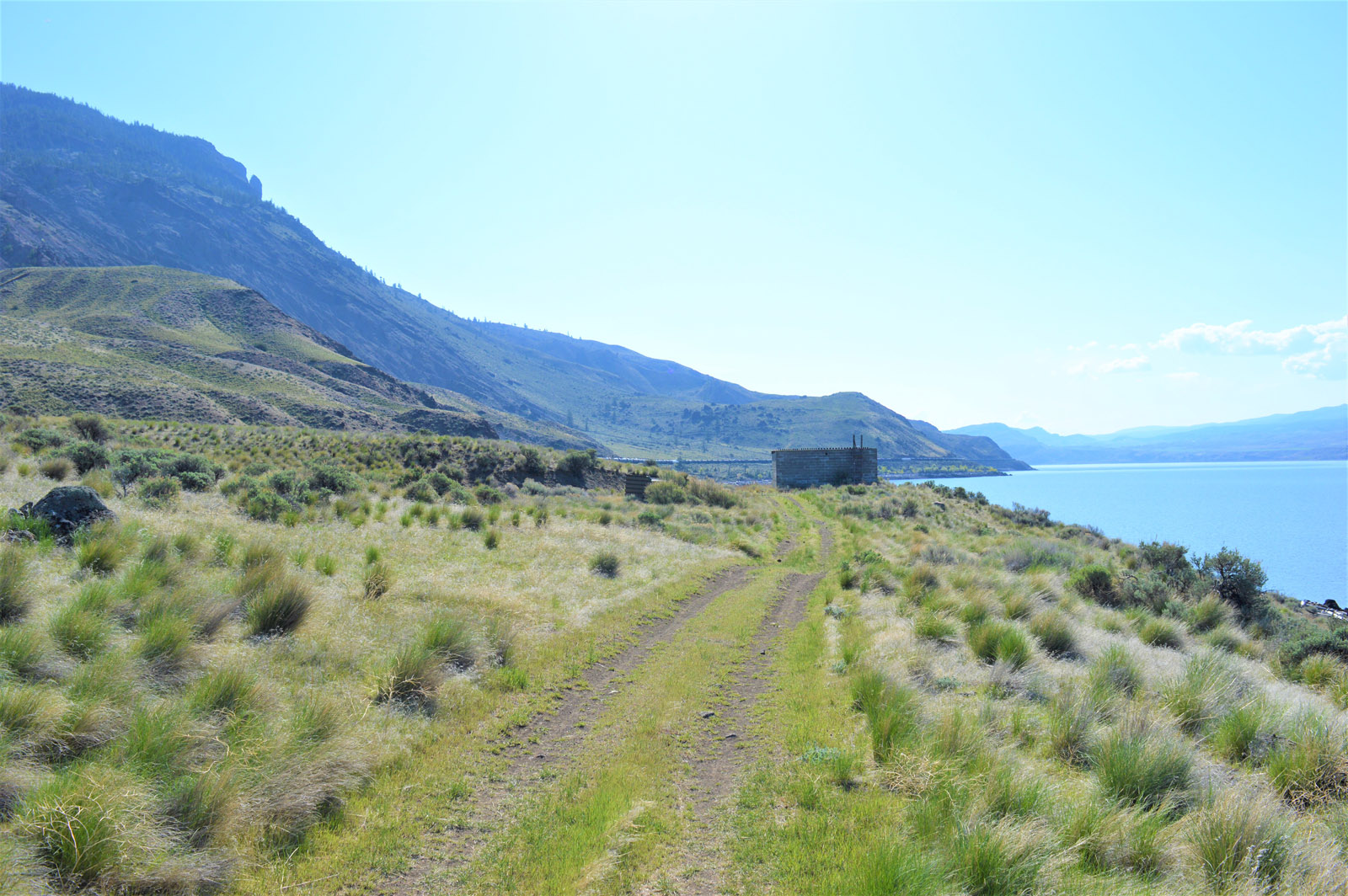 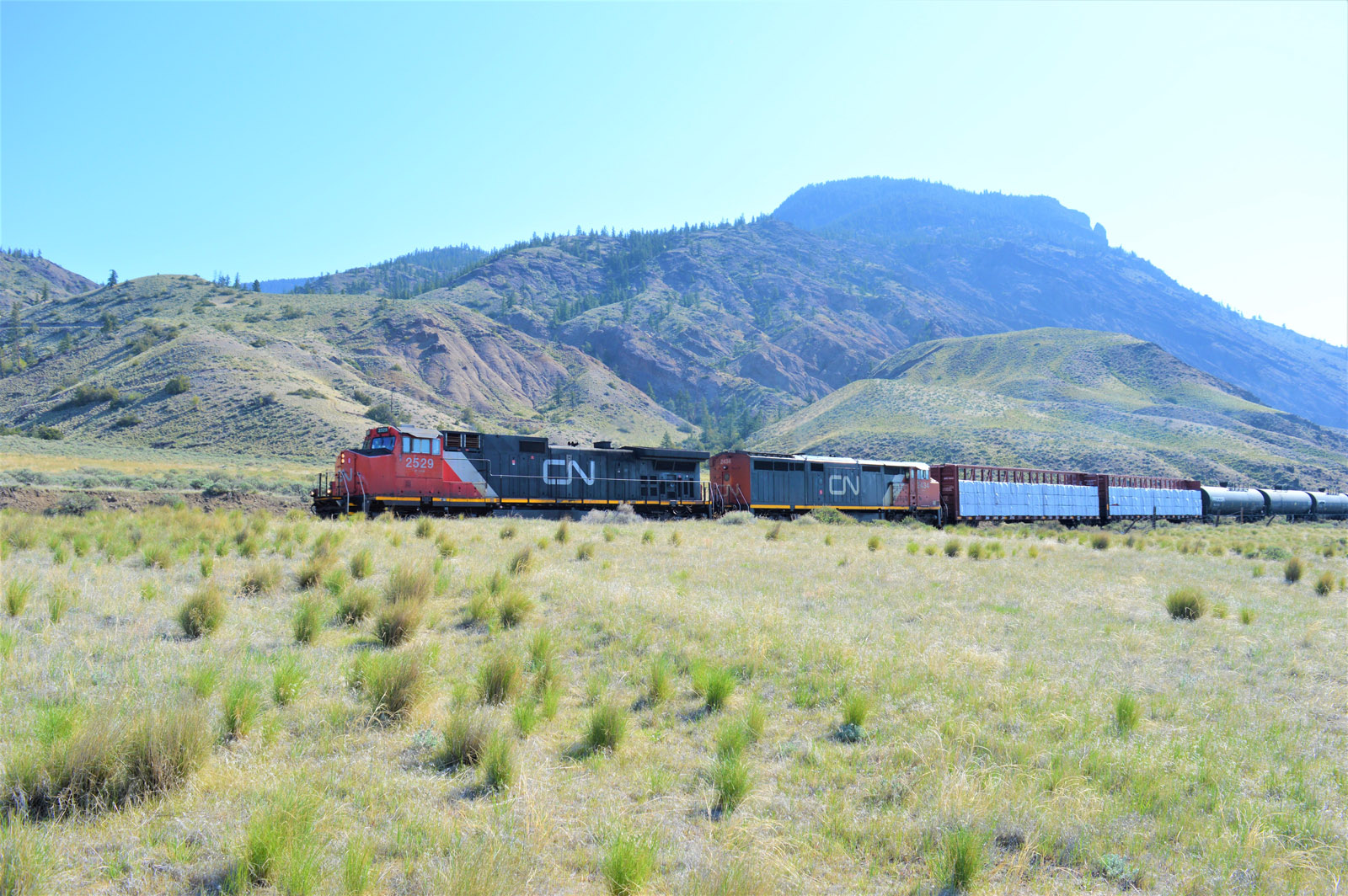 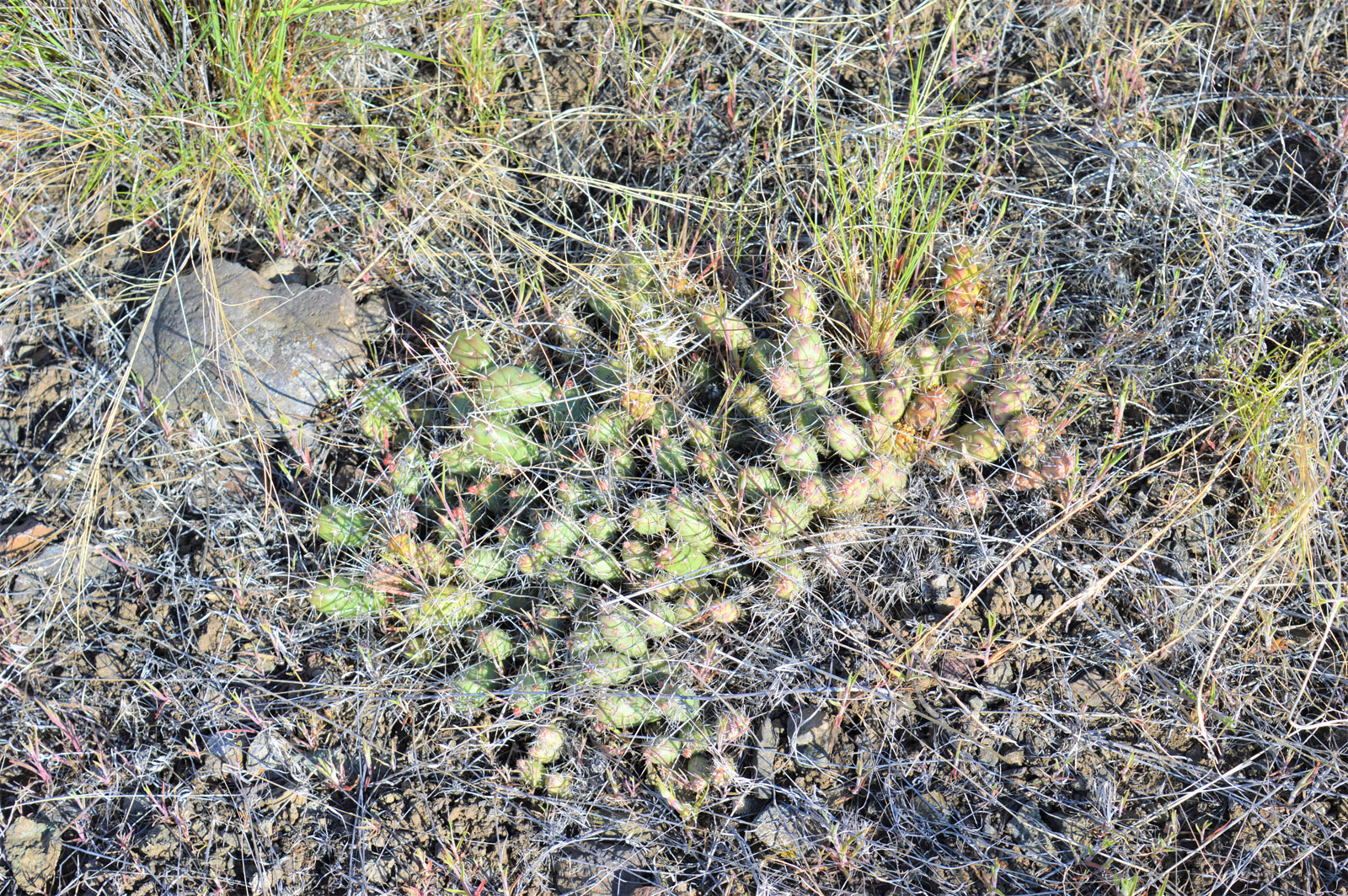 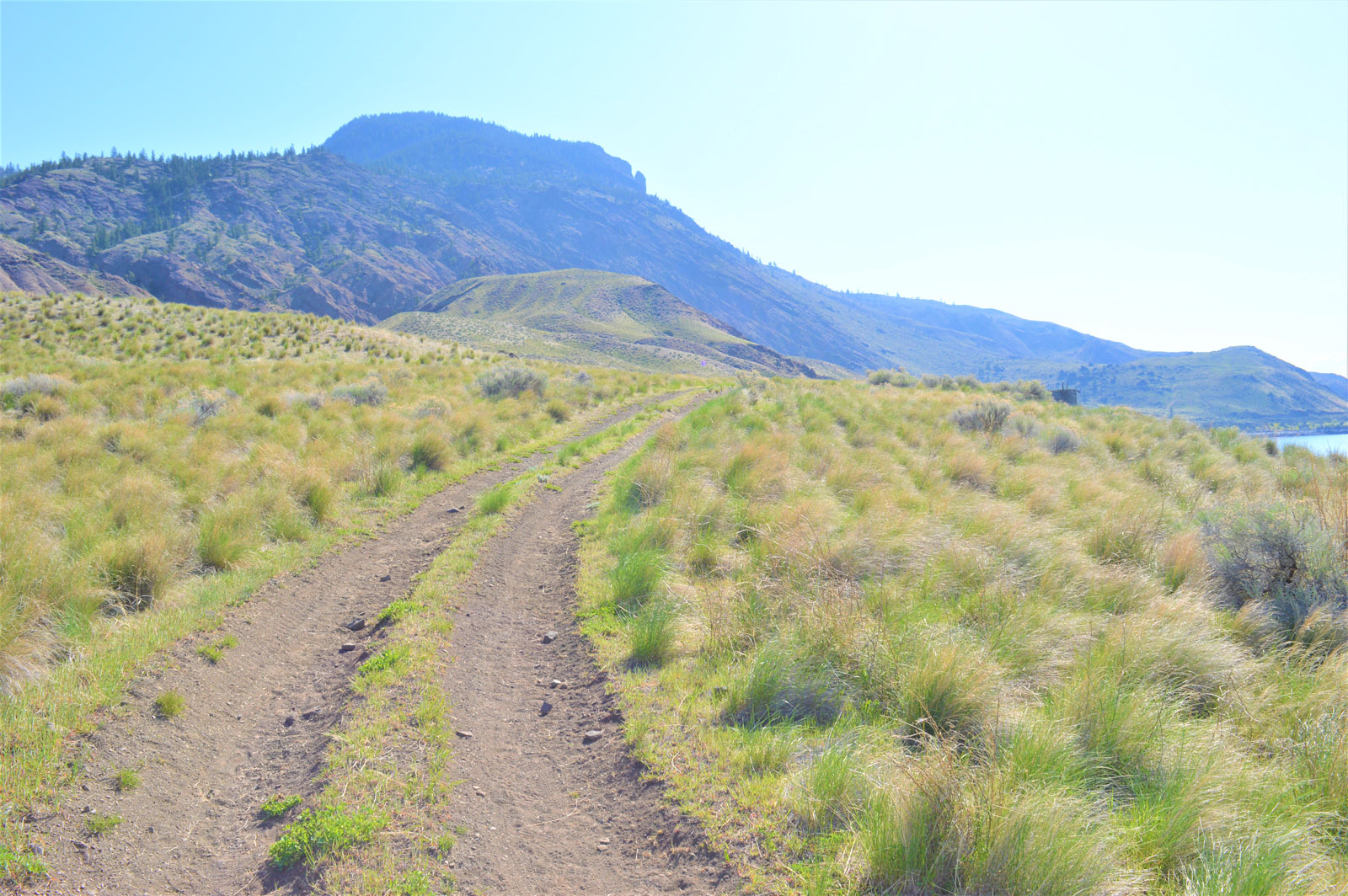 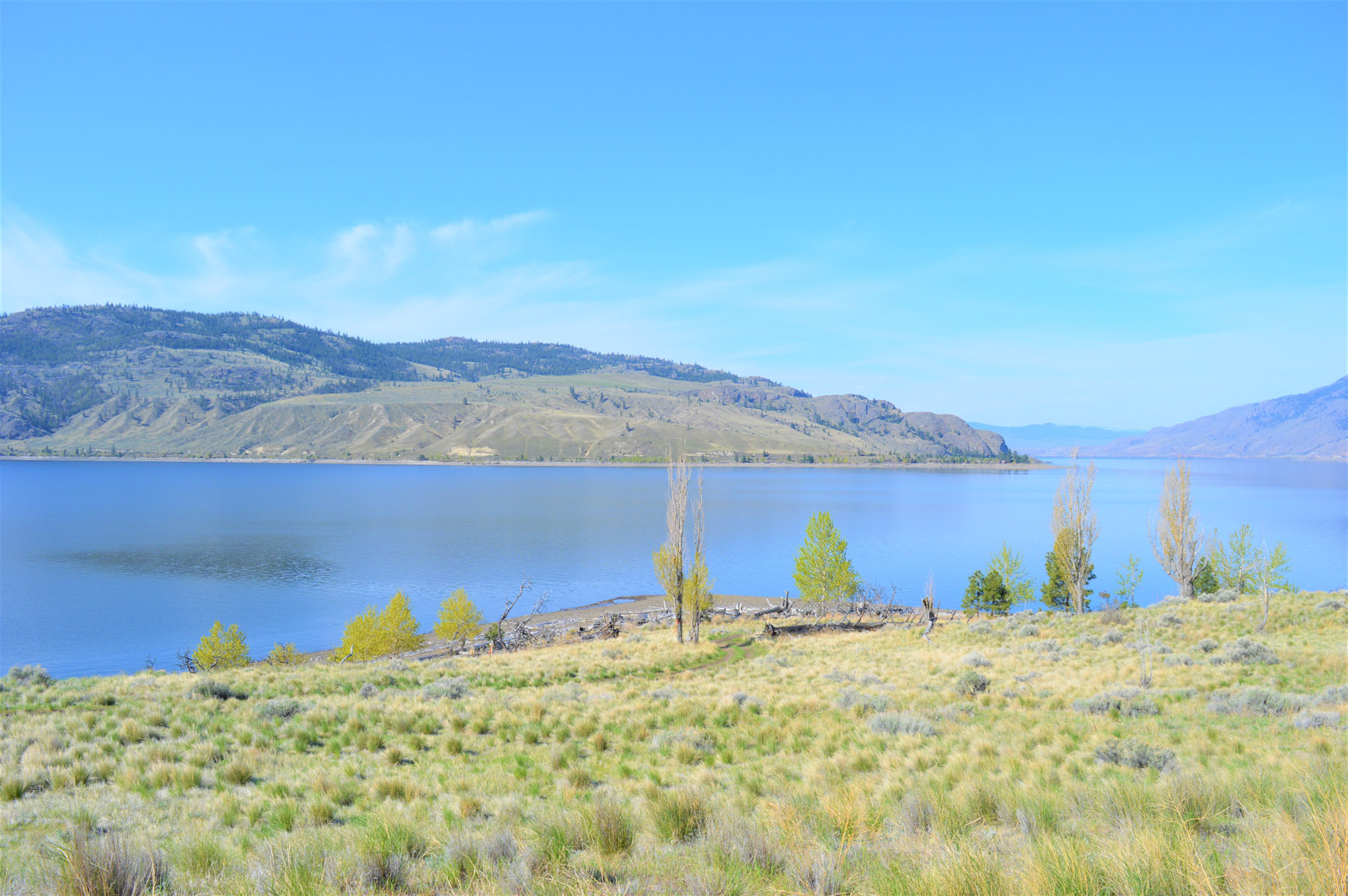 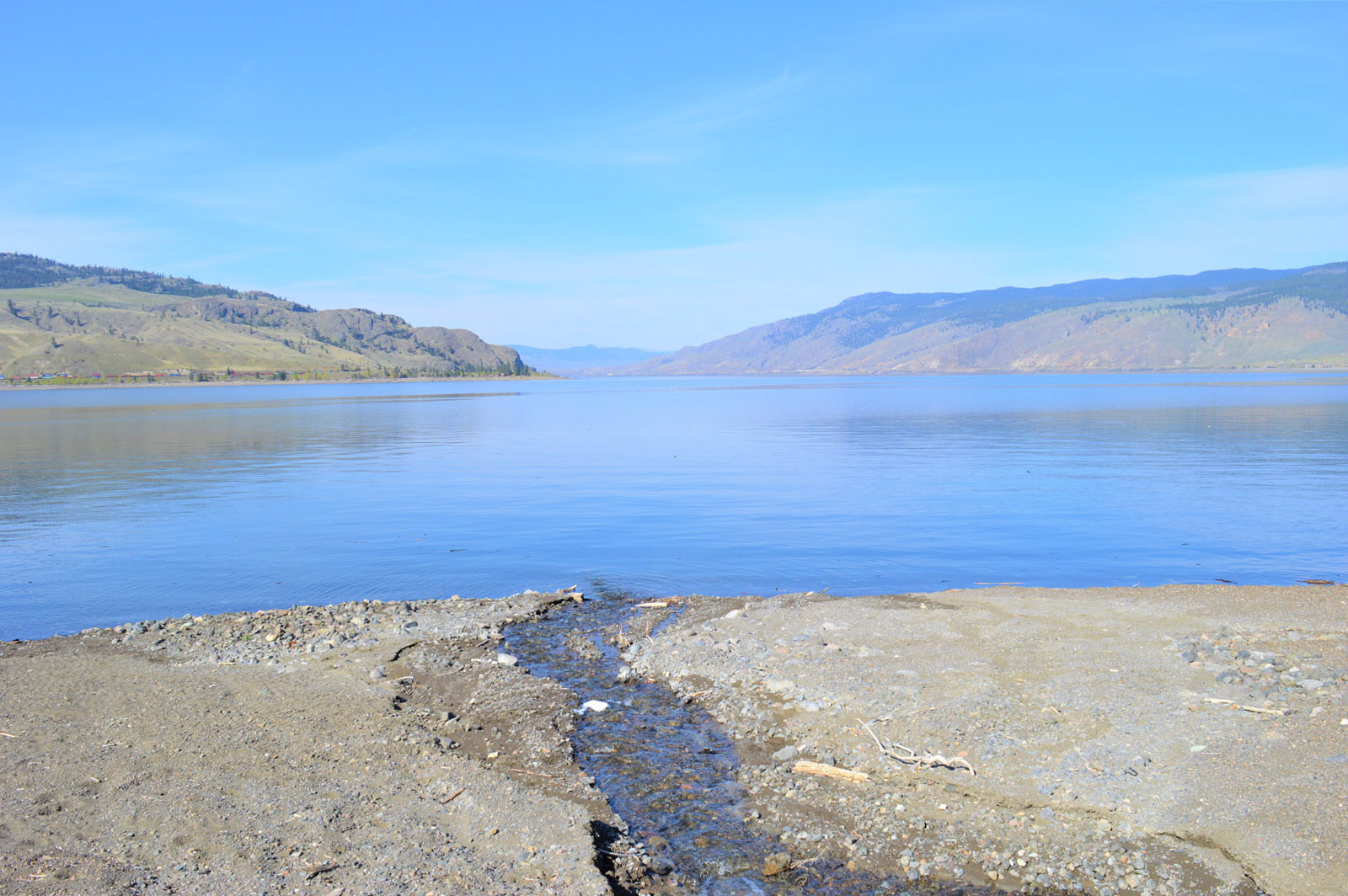 Located on the north side of Kamloops Lake is 21 acres of beautiful lakefront with approximately 2,400 feet of waterfront. The majority of the shoreline is sandy beach suitable for campfires, sun tanning and possibly even beach volleyball. This area is one of the driest and warmest climates in the BC Interior with most days experiencing blue skies. The area is so dry there’s actually cactus growing on the property. Rousseau Creek runs through the acreage and is typically a seasonal stream. Located directly across the lake from Tobiano Golf Course and Marina you can easily take the boat across to experience one of the best golf courses in southern BC.


Access to the property is by a rough 4x4 road that extends past Frederick that provides seasonal access or boat access from the marina at Tobiano. Access to this property will be a major consideration for prospective buyers as the 4x4 road into this property is quite rough. The benefit provided by the access is total privacy once you’re at the property. The property and the adjacent Crown land are home to many bighorn sheep, mule deer, chukar partridge and other wildlife. Kamloops Lake flows into the Thompson River; rainbow trout and several varieties of salmon travel through the lake each year. The fishing for rainbow trout is especially good.


The property is not currently serviced and the CN Rail line divides the property, which does have regular train traffic. This property has a beautiful southwest exposure and is one of the most unique lakefront properties available in the BC Interior.


Call the listing REALTOR® today for more information or to book a time to go by for a look.

Kamloops is a city in south central British Columbia located at the confluence of the two branches of the Thompson River near Kamloops Lake. It is the largest community in the Thompson-Nicola Regional District and the location of the Regional District's offices. The surrounding region is more commonly referred to as the Thompson Country. It is ranked 37th on the list of the 100 largest metropolitan areas in Canada and represents the 44th largest census agglomeration nationwide, with 85,678 residents in 2011.

Kamloops is very well known for its wide variety of outdoor recreation including:


Kamloops hosted the 1993 Canada Summer Games. It co-hosted (with Vancouver and Kelowna) the 2006 IIHF World U20 Championship from December 26, 2005 to January 5, 2006. It hosted the 2006 BC Summer Games. In the summer of 2008, Kamloops, and its modern facility the Tournament Capital Centre, played host to the U15 boys and girls Basketball National Championship. The city is known as, and holds a Canadian trademark as, Canada's Tournament Capital.


Sun Peaks Resort is a nearby ski and snowboard hill. Olympic medallist skier Nancy Greene is director of skiing at Sun Peaks and the former chancellor of Thompson Rivers University. The Overlander Ski Club runs the Stake Lake cross-country ski area with 50 km (31 mi) of trails.

The Kamloops area was not exclusively inhabited by the Shuswap nation (part of the Interior Salish language group) prior to the arrival of European settlers. The Cree-Saulteaux band led by Chief Yawassannay had migrated to this region in the early 15th century. The Yawassanay band's Kamloops settlement was the largest of their three tribal areas. The first European explorers arrived in 1811 sent out from Fort Astoria, then still a Pacific Fur Company post. David Stuart, the first settler, spent a winter there with the Secwepemc people. Alexander Ross established a post in May 1812 - "Fort Cumcloups."


The rival North West Company established another post, Fort Shuswap, nearby in the same year. The two operations were merged in 1813 when the North West Company officials in the region bought out the operations of the Pacific Fur Company. After the North West Company's forced merger with the Hudson's Bay Company in 1821, the post became known commonly as Thompson's River Post, or Fort Thompson, which over time became known as Fort Kamloops. The post's journals, kept by its Chief Traders, document a series of inter-Indian wars and personalities for the period and also give much insight to the goings-on of the fur companies and their personnel throughout the entire Pacific slope.


Soon after the forts were founded the main local village of the Secwepemc, then headed by a chief named Kwa'lila, was moved close to the trading post in order to control access to its trade, as well as for prestige and protection. With Kwalila's death the local chieftaincy was passed to his nephew and foster-son Chief Nicola, who led an alliance of Okanagan and Nlaka'pamux people in the plateau country to the south around Stump, Nicola and Douglas Lakes.


Relations between Nicola and the fur traders were often tense but in the end Nicola was recognised as a great help to the influx of whites during the gold rush, though admonishing those who had been in parties waging violence and looting on the Okanagan Trail, which led from American territory to the Fraser goldfields. Throughout, Kamloops was an important way station on the route of the Hudson's Bay Brigade Trail, which originally connected Fort Astoria with Fort Alexandria and the other forts in New Caledonia to the north (today's Omineca Country, roughly) and which continued in heavy use through the onset of the Cariboo Gold Rush as the main route to the new goldfields around what was to become Barkerville.


The gold rush of the 1860s and the construction of the Canadian Pacific Railway in the 1880s brought further growth, resulting in the City of Kamloops being incorporated in 1893 with a population of about 500. The logging industry of the 1970s brought many Indo-Canadians into the Kamloops area, mostly from the Punjab region of India. In 1973 Kamloops annexed Barnhartvale and other nearby communities.

THAT PART OF THE NORTHWEST 1/4 OF SECTION 9 LYING EAST OF THE EAST SHORE OF KAMLOOPS LAKE AS SHOWN ON A PLAN OF SURVEY OF THE SOUTHWEST 1/4 OF SAID TOWNSHIP DATED AT OTTAWA 06/04/1909; TOWNSHIP 21 RANGE 20 WEST OF THE 6TH MERIDIAN KAMLOOPS DIVISION YALE DISTRICT EXCEPT PLAN A193 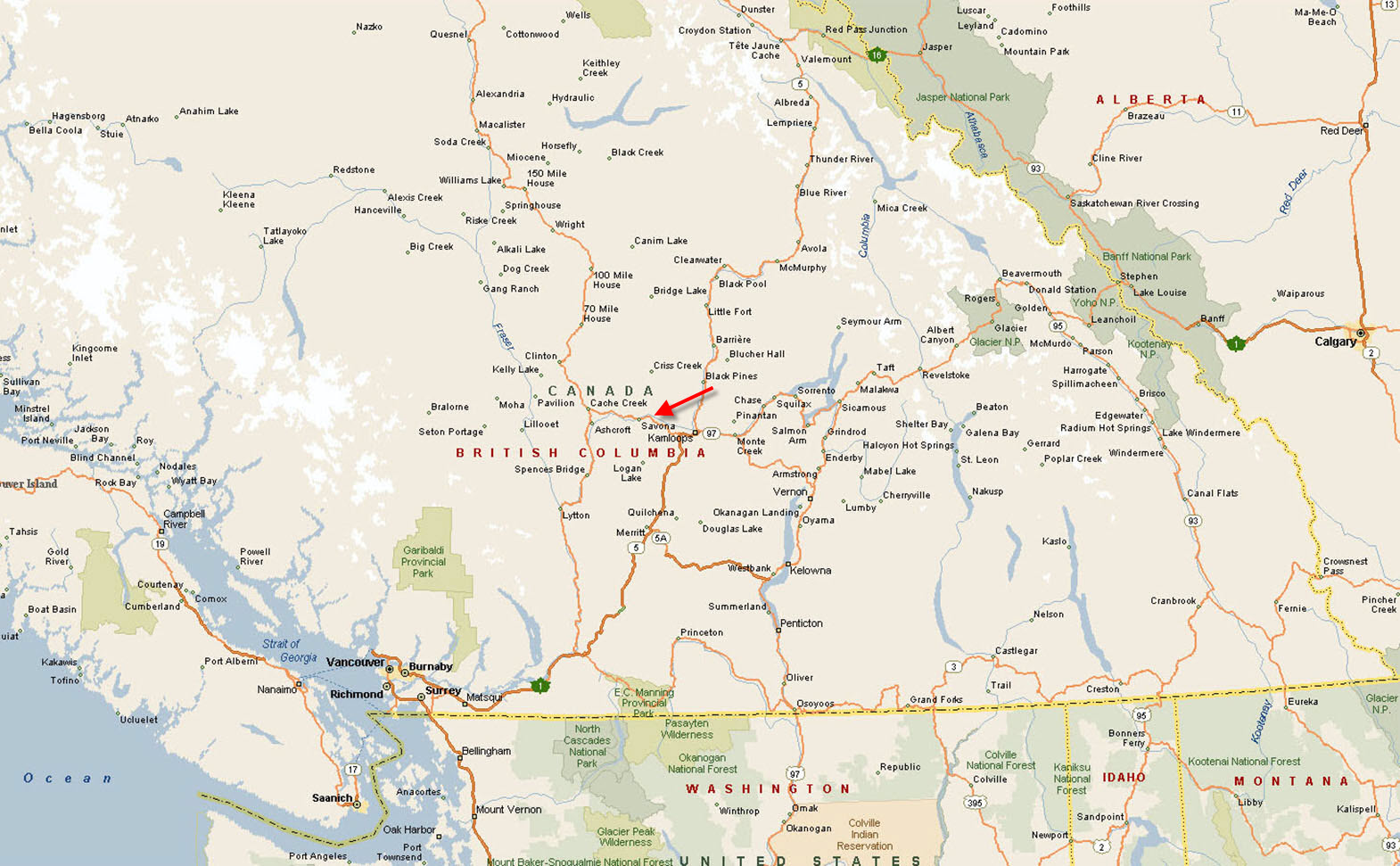 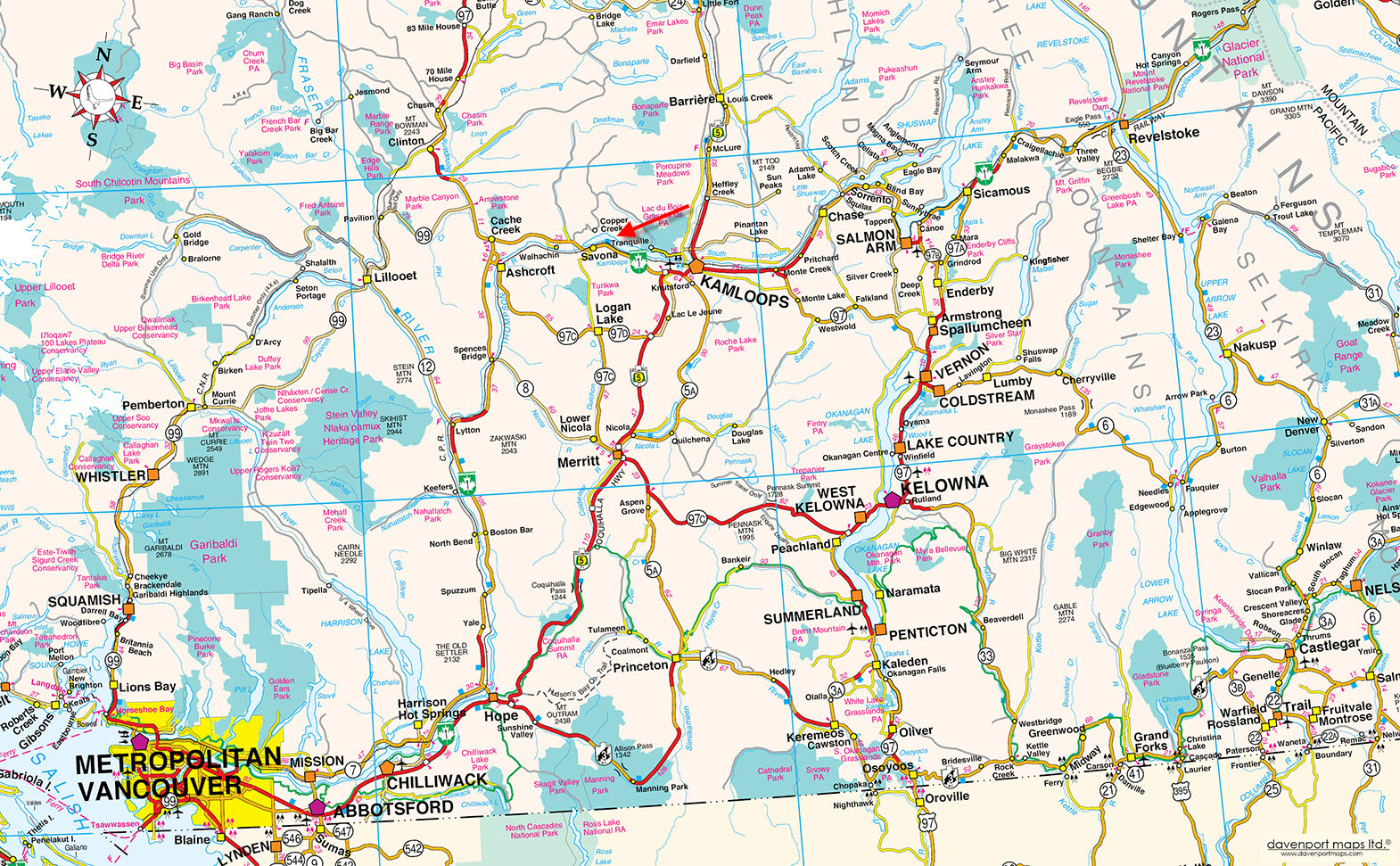 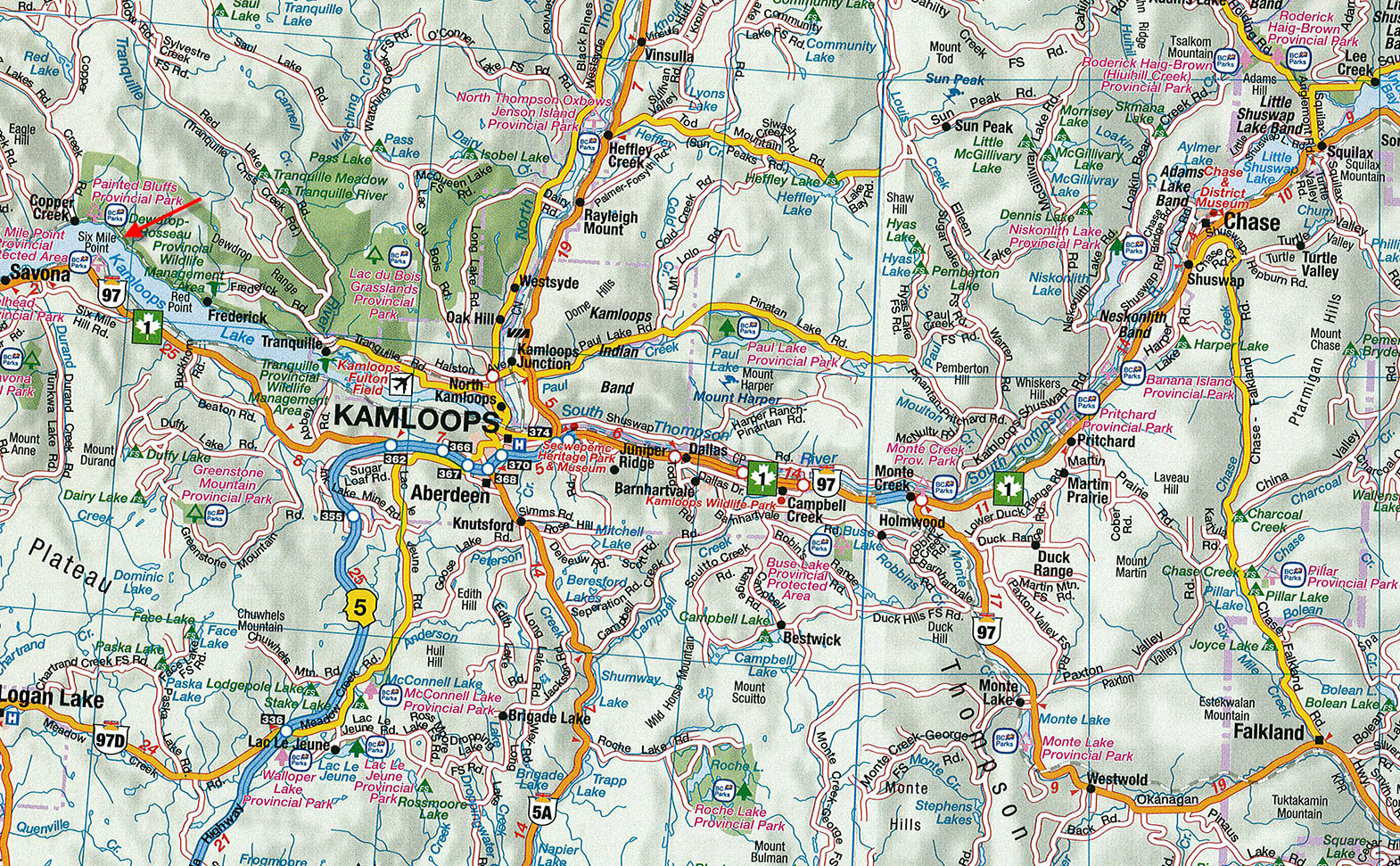 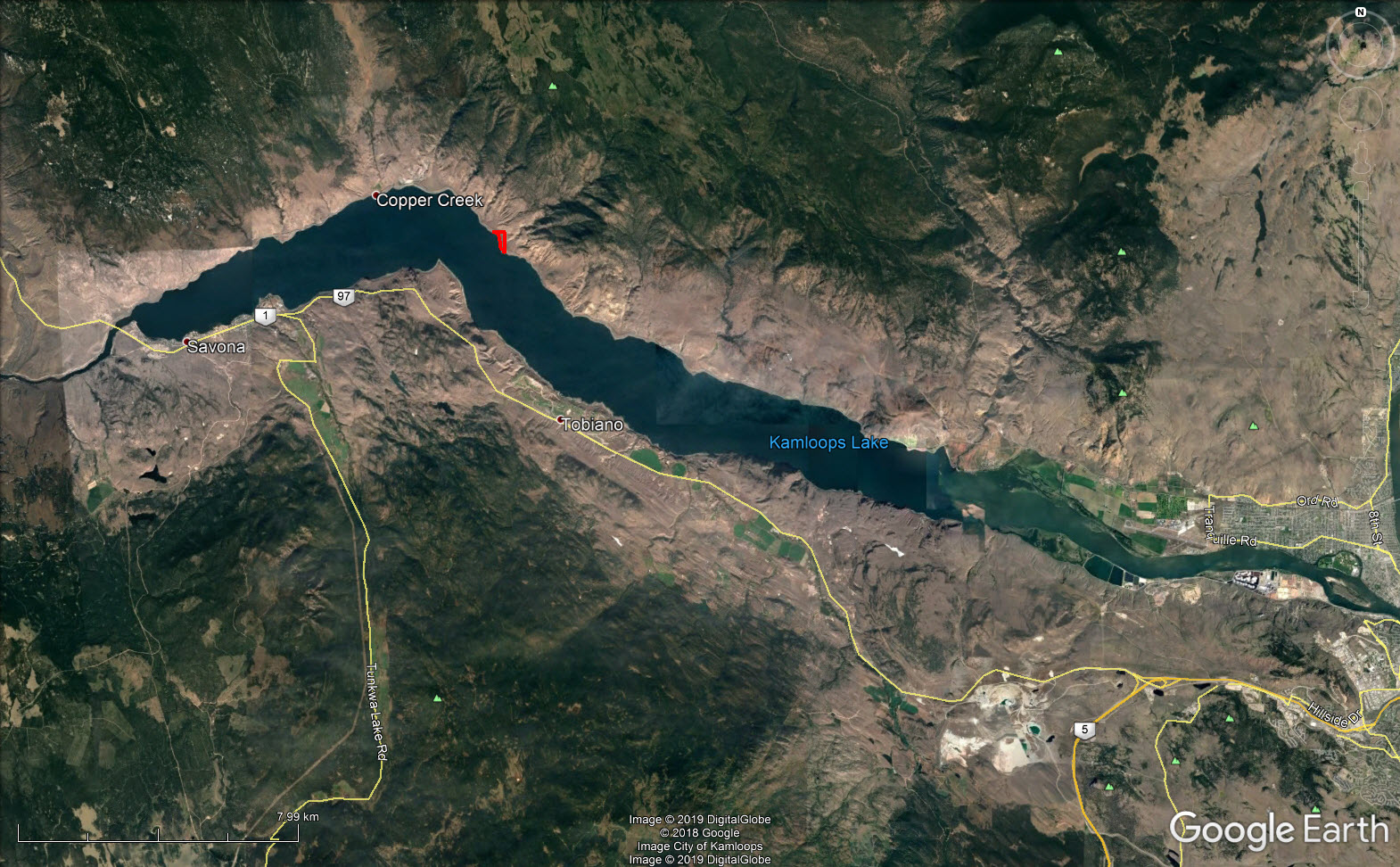 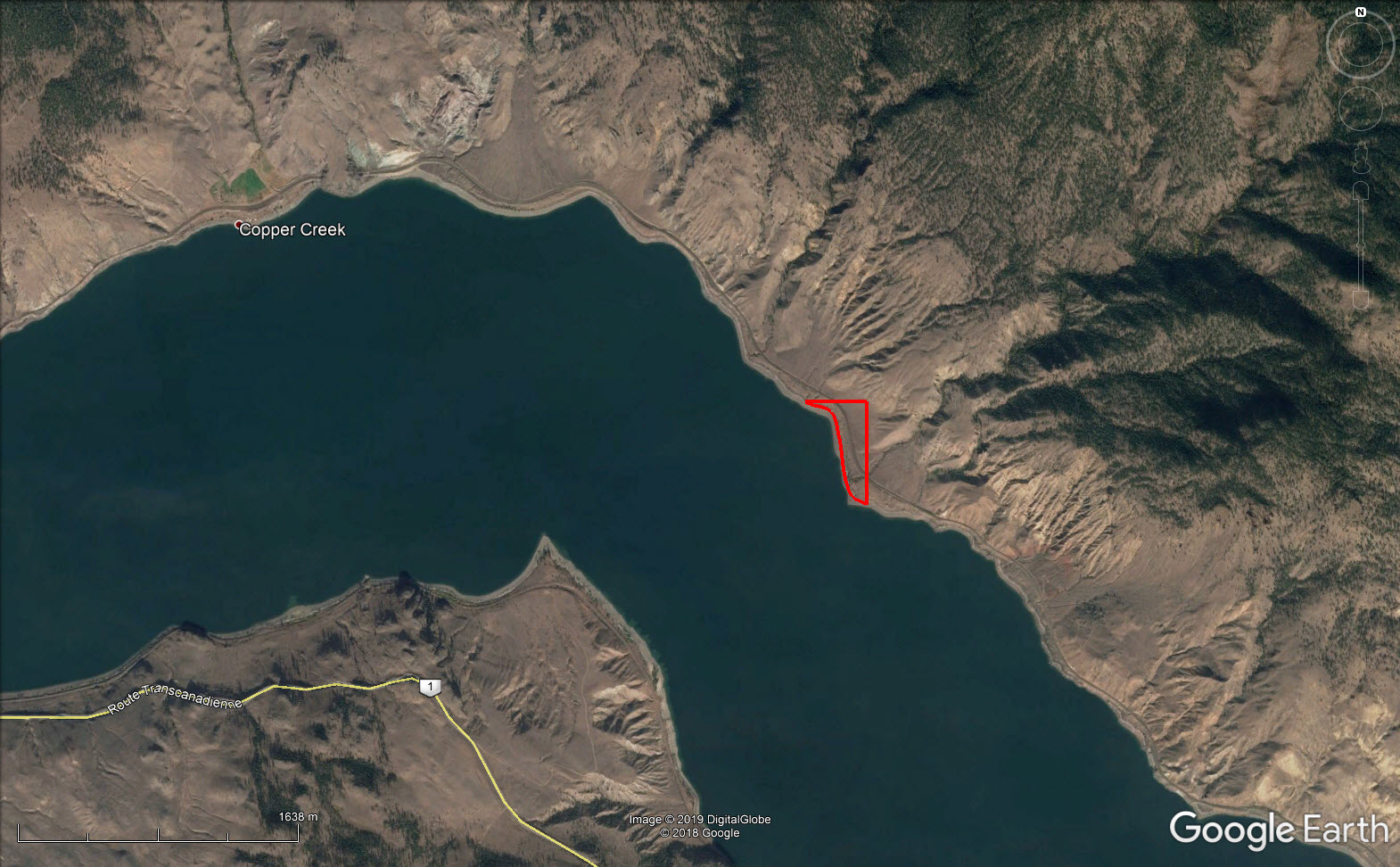 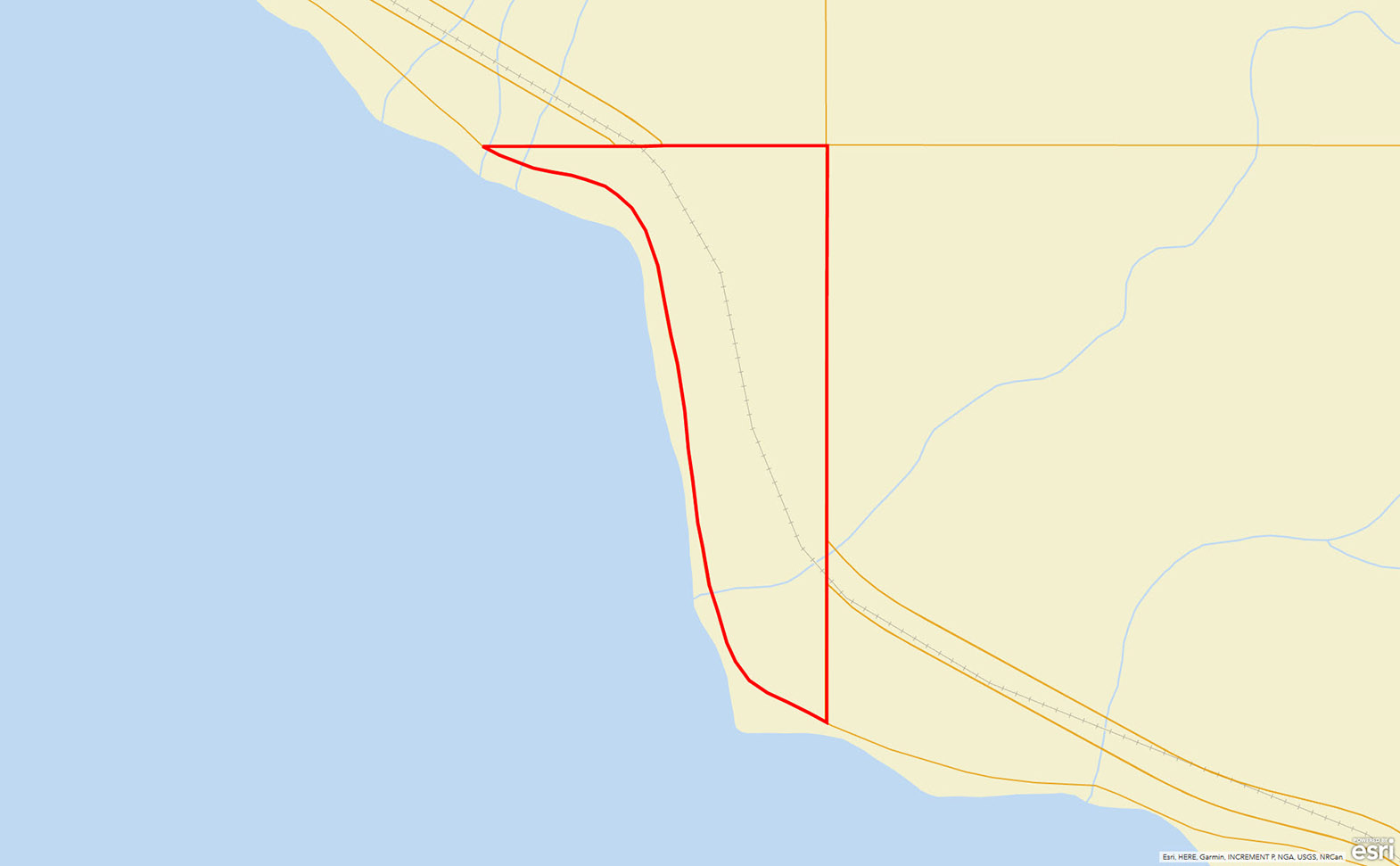 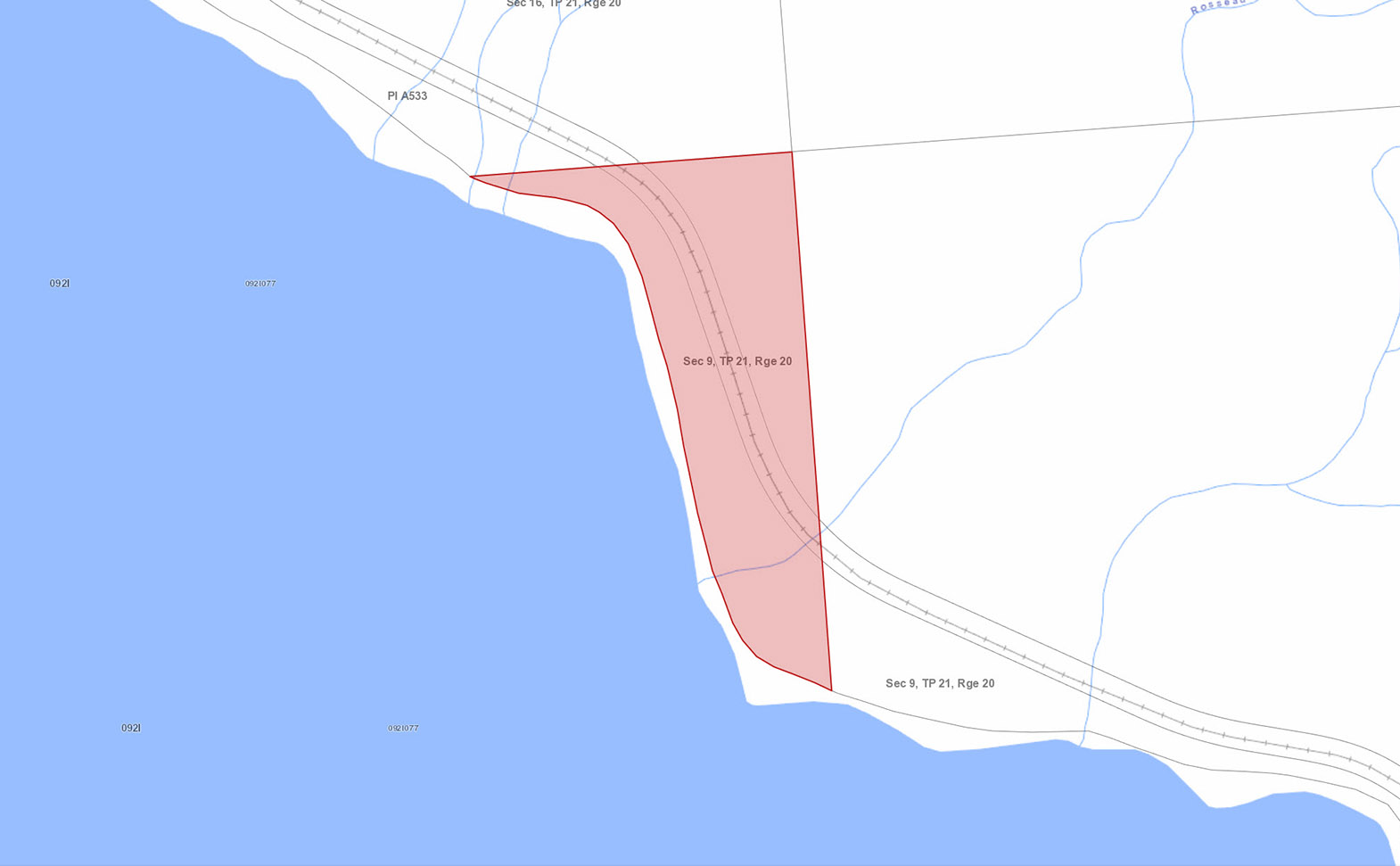