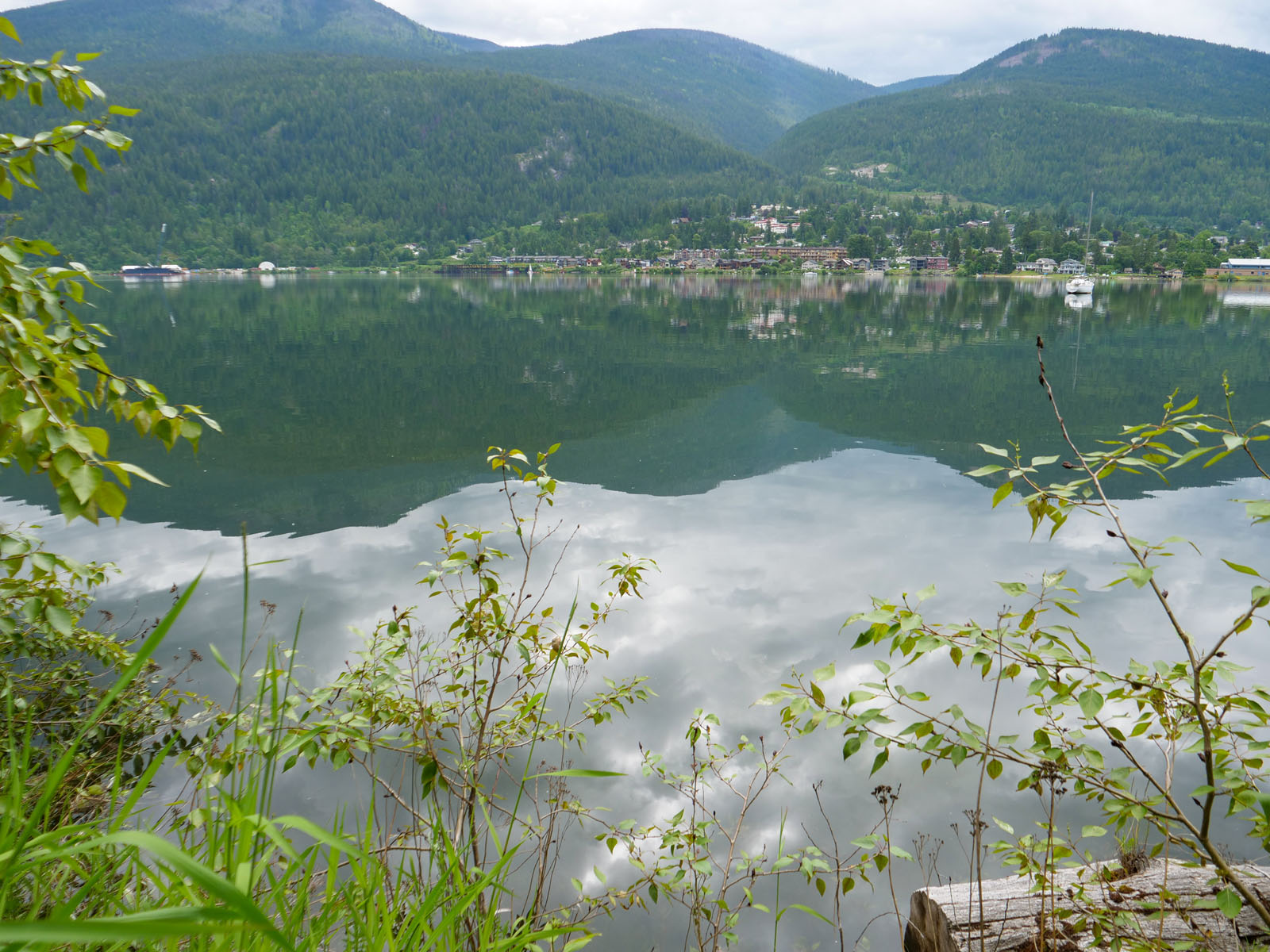 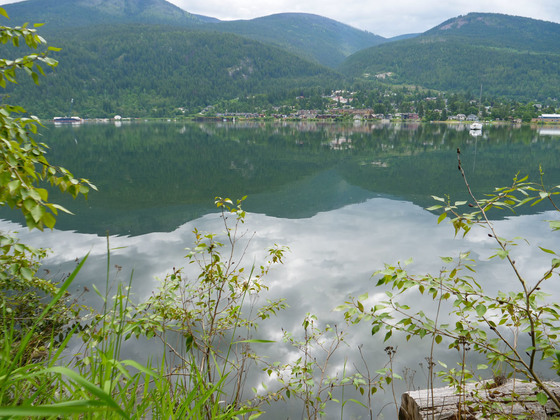 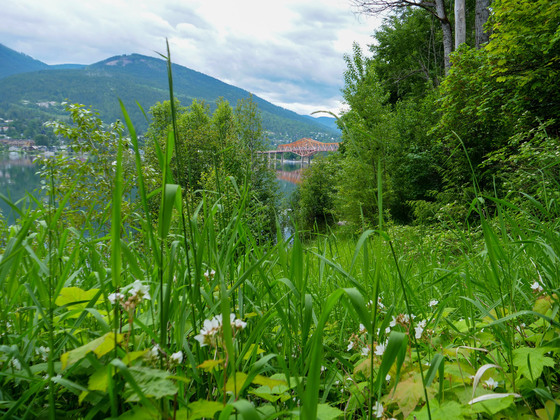 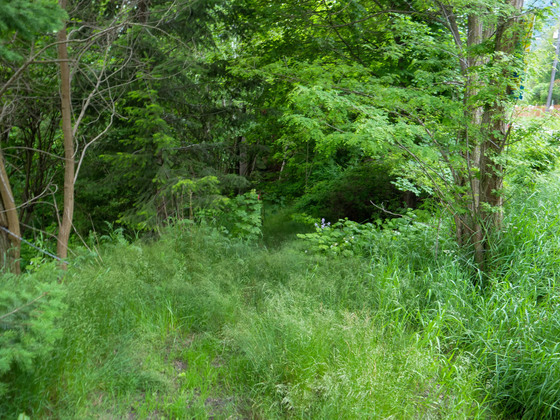 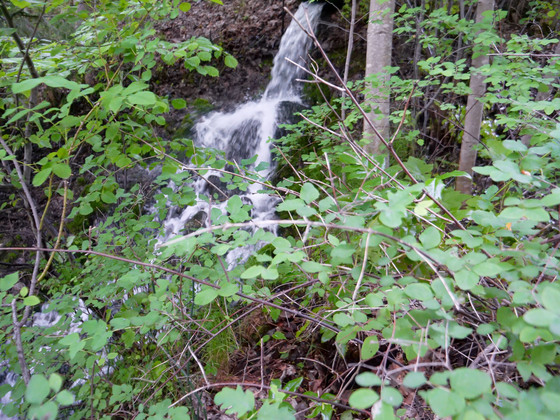 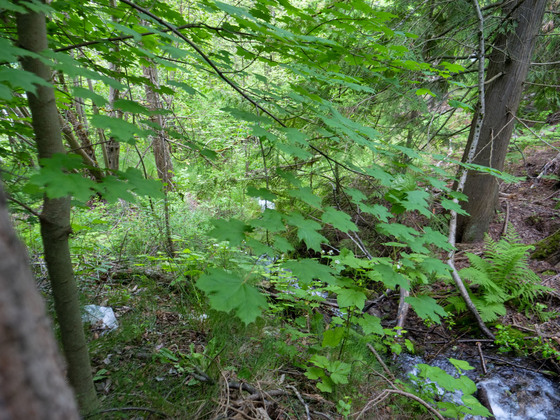 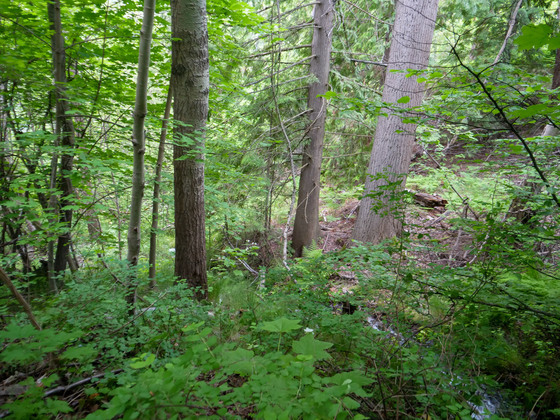 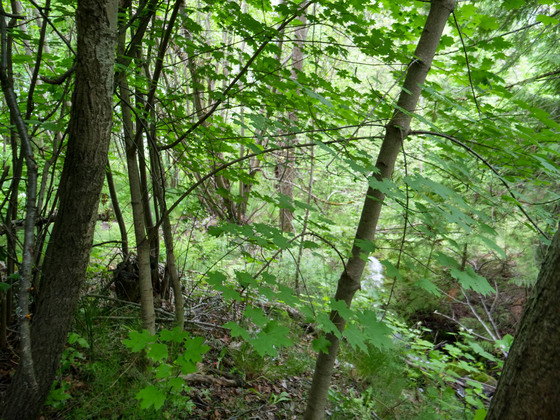 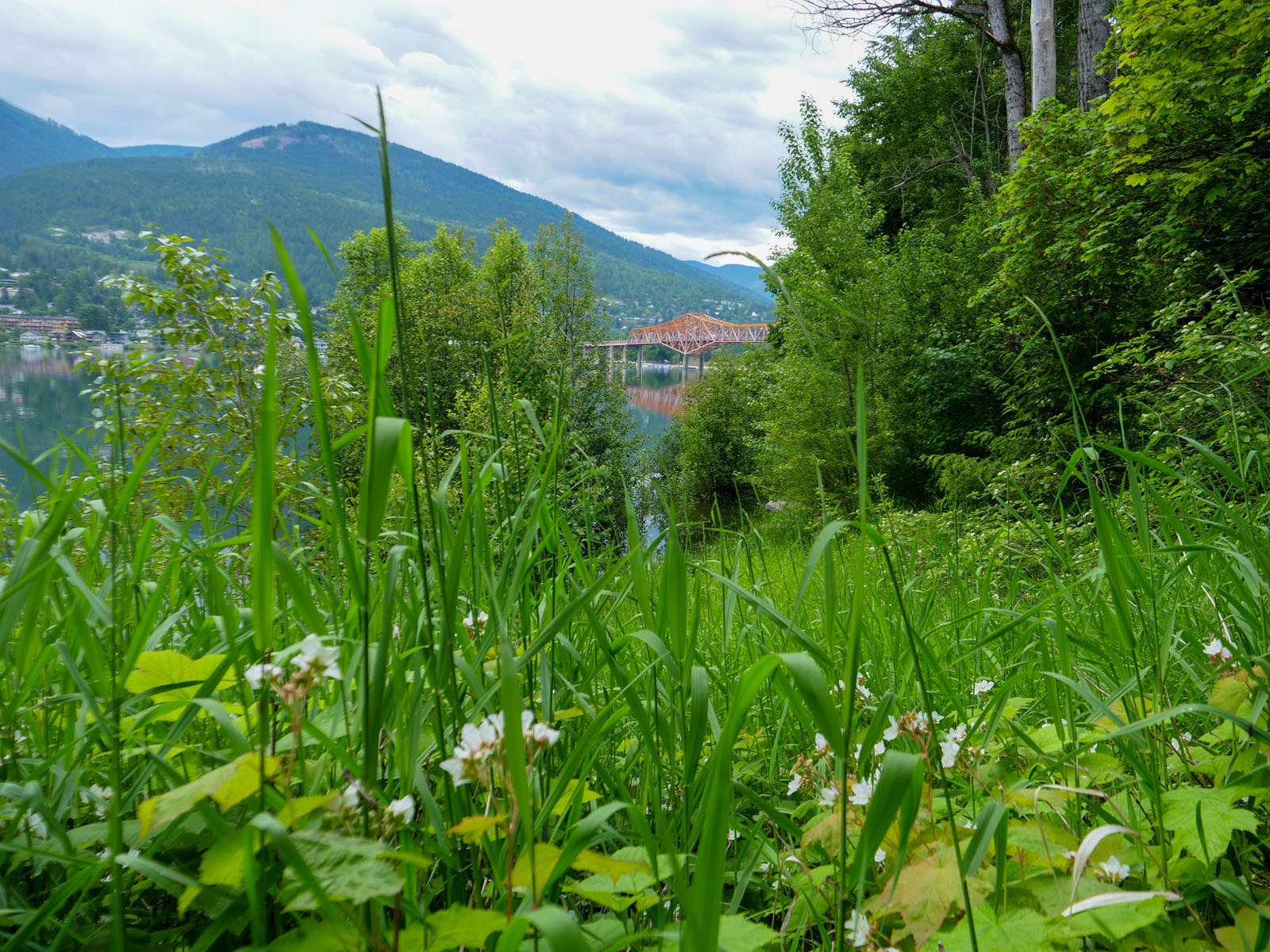 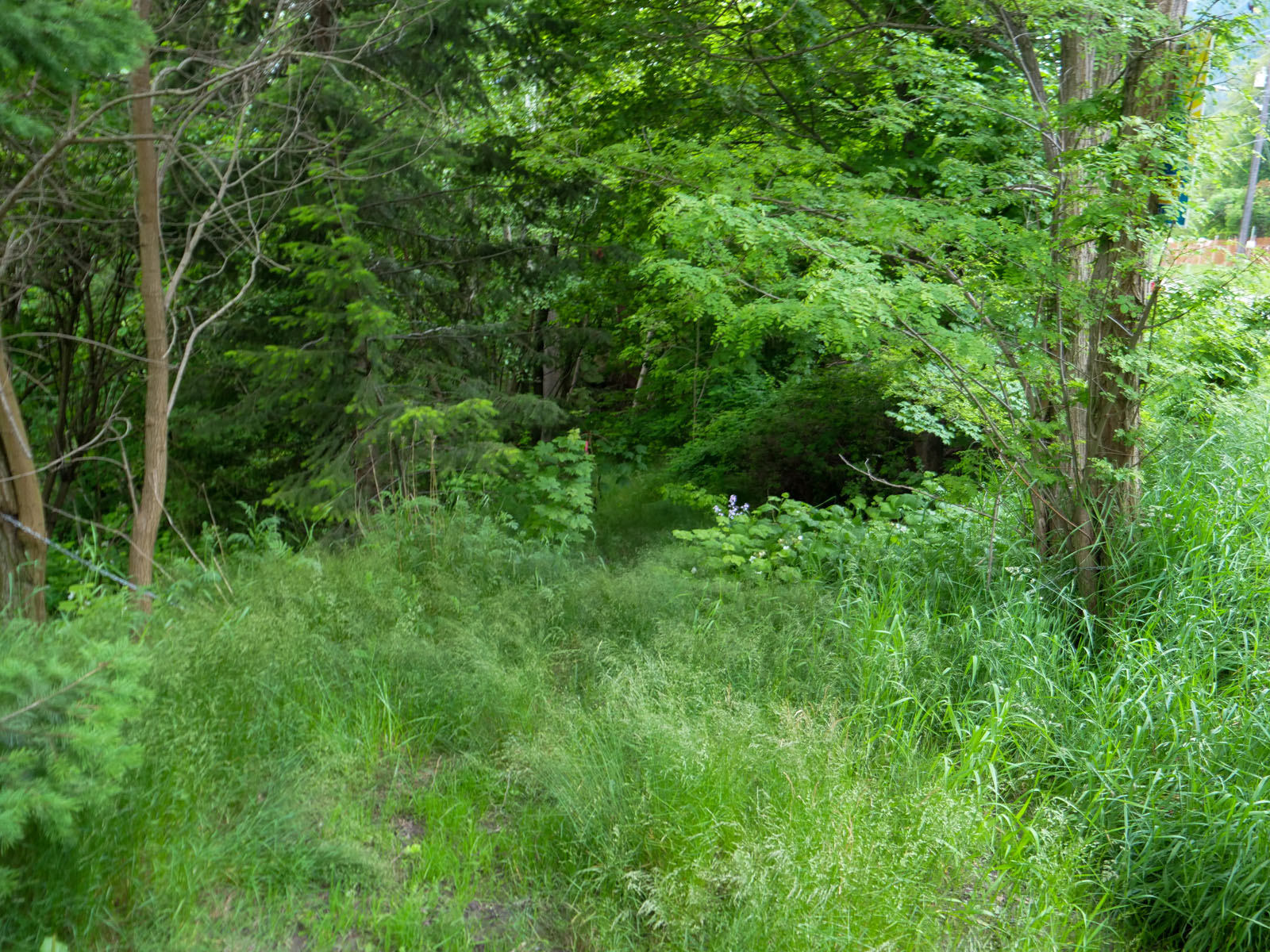 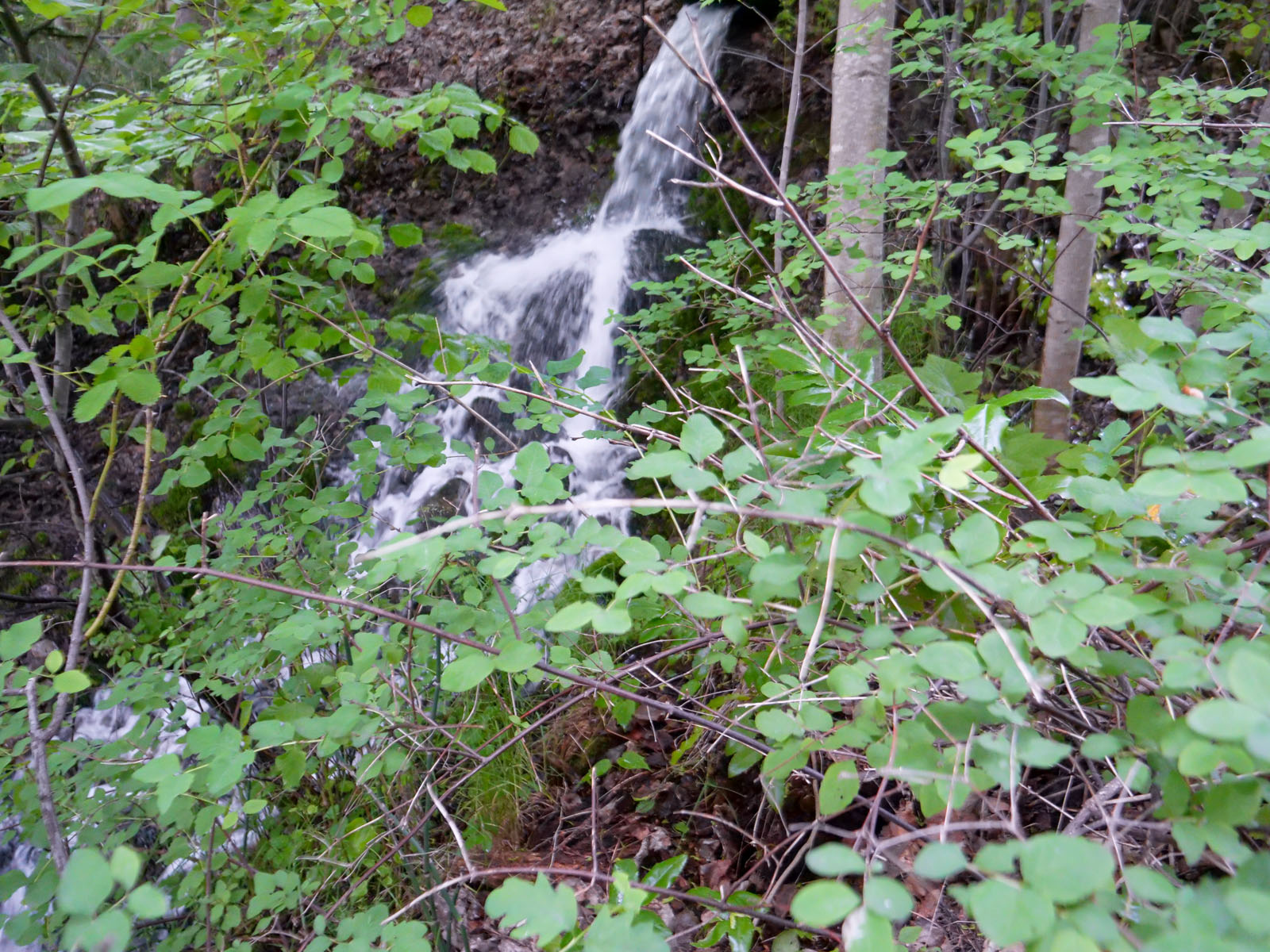 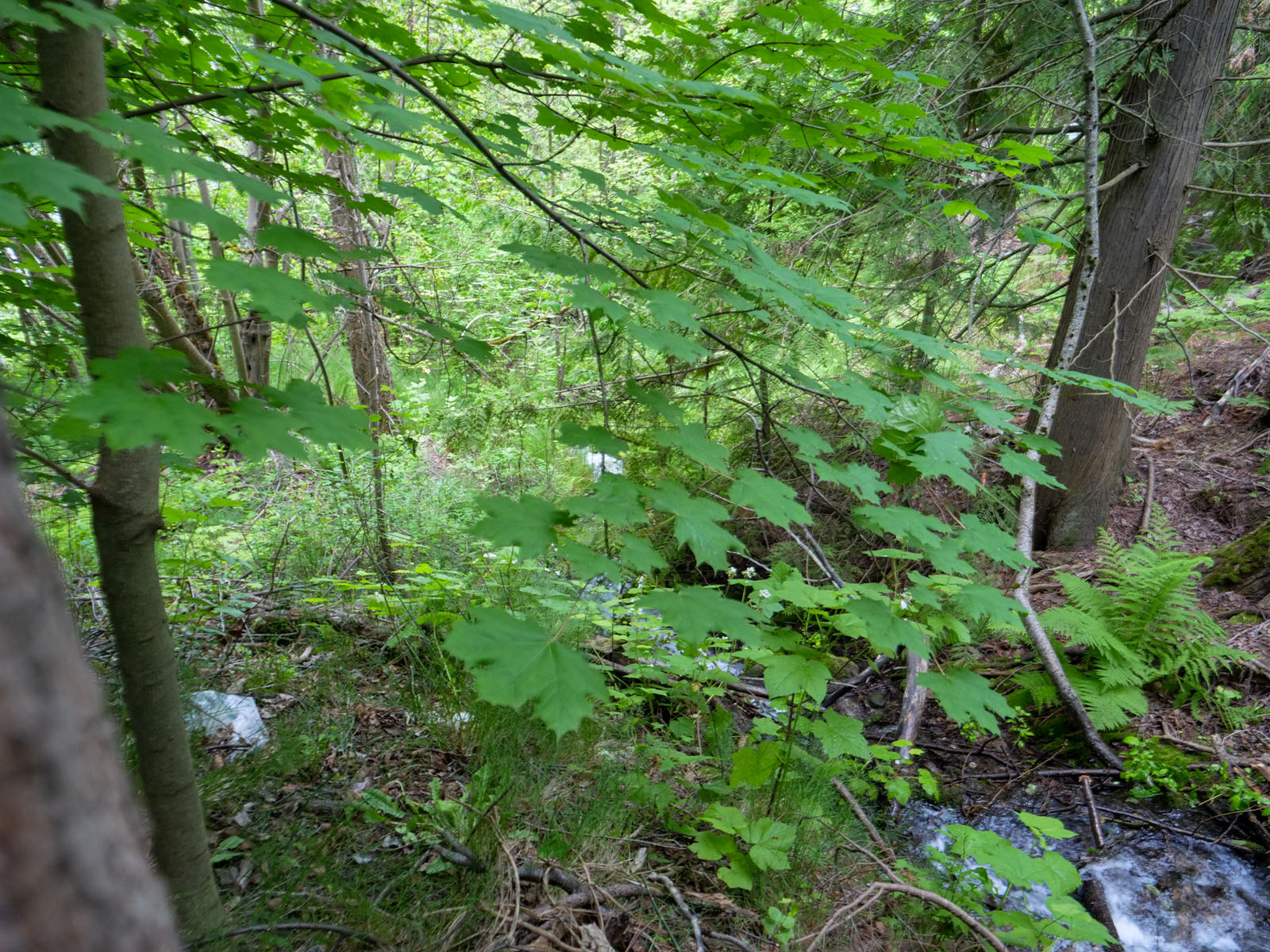 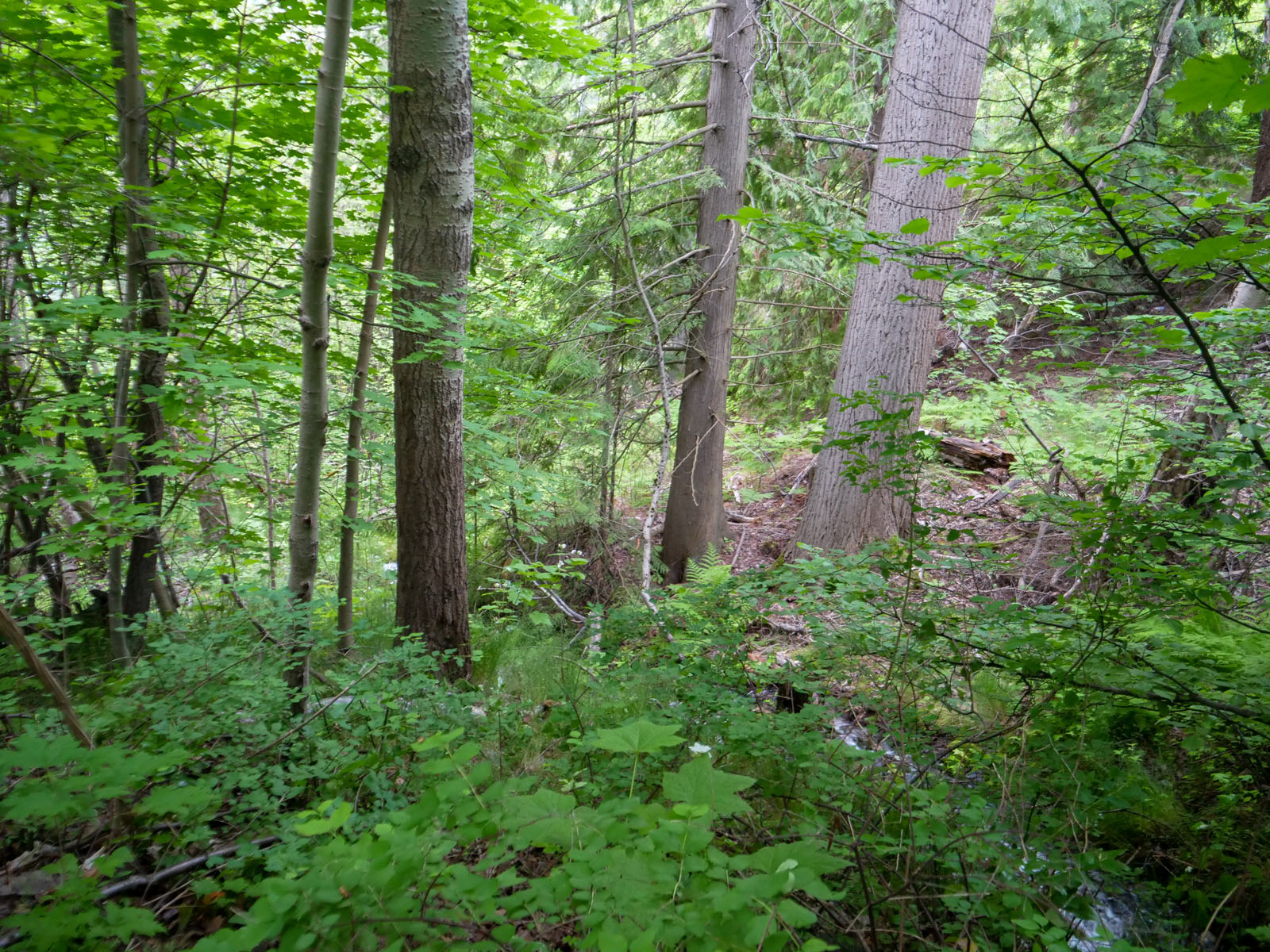 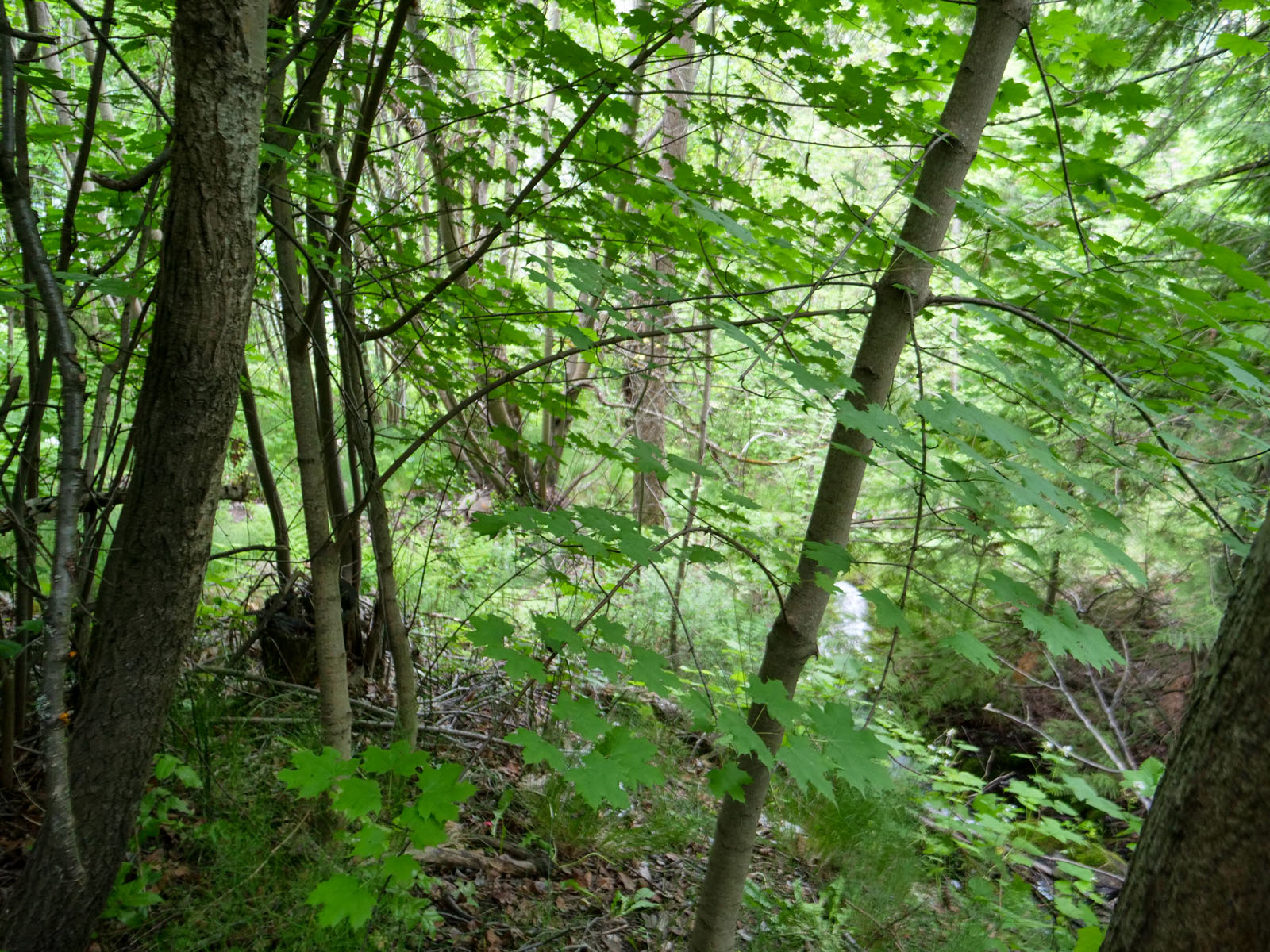 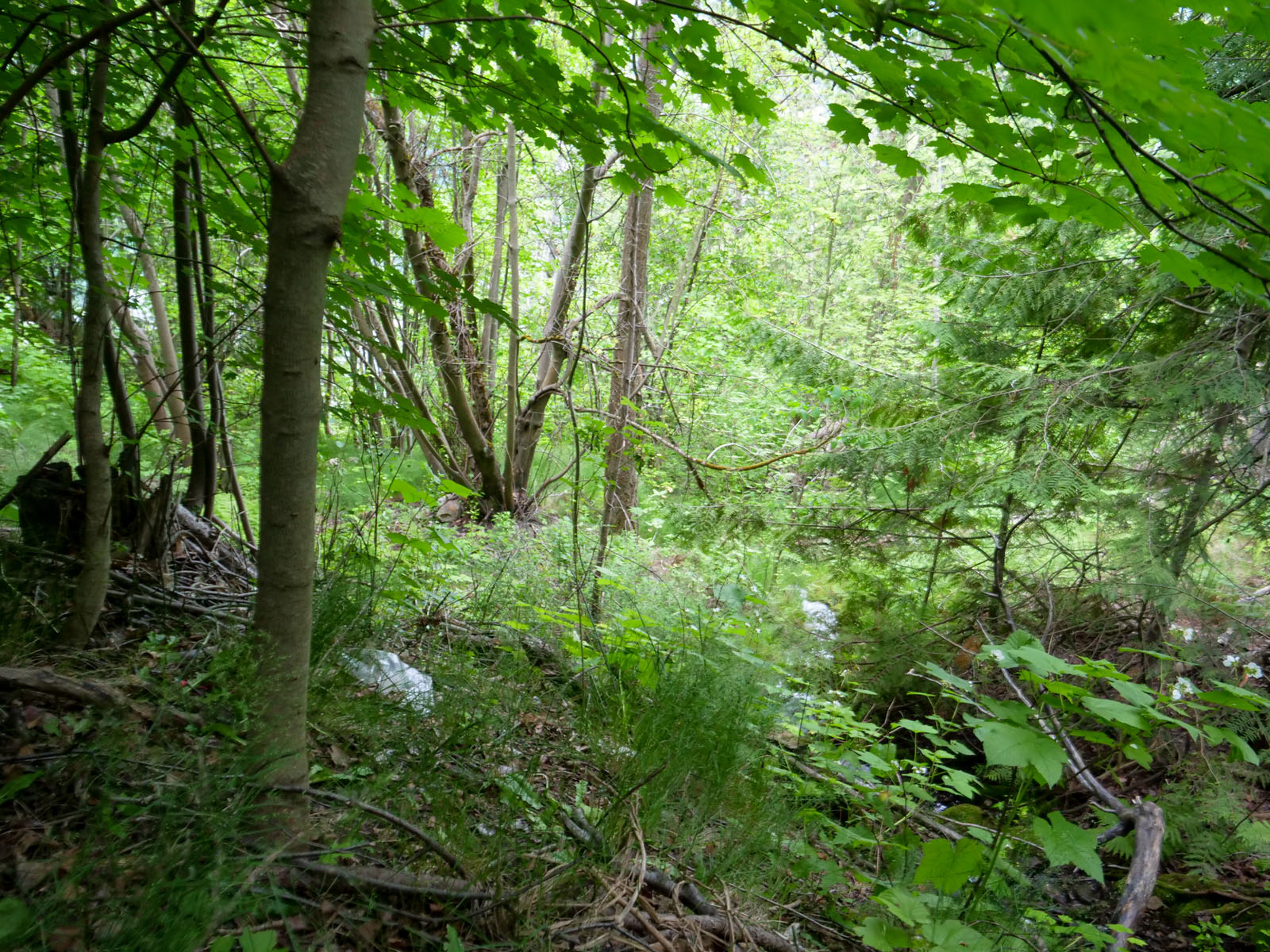 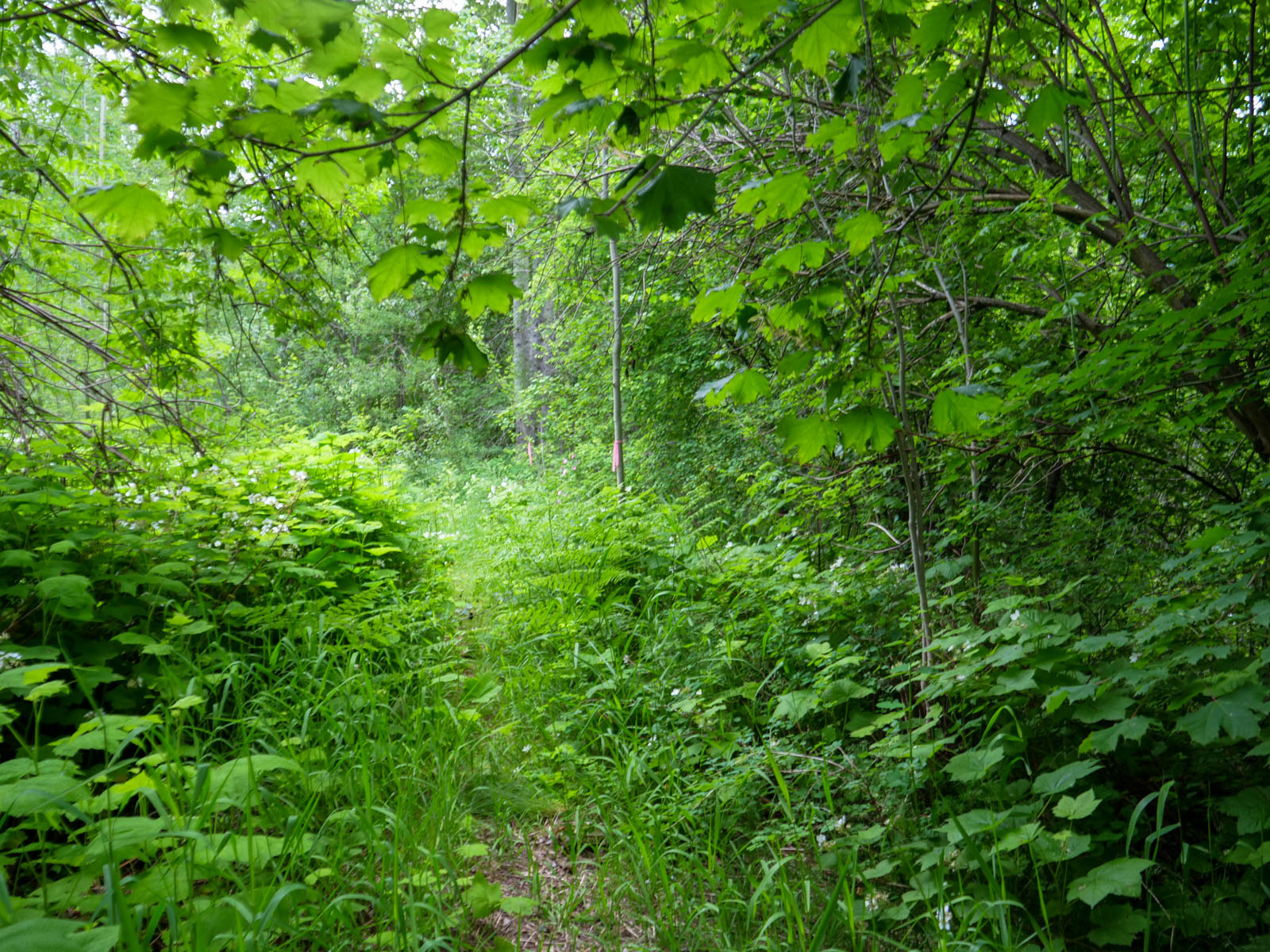 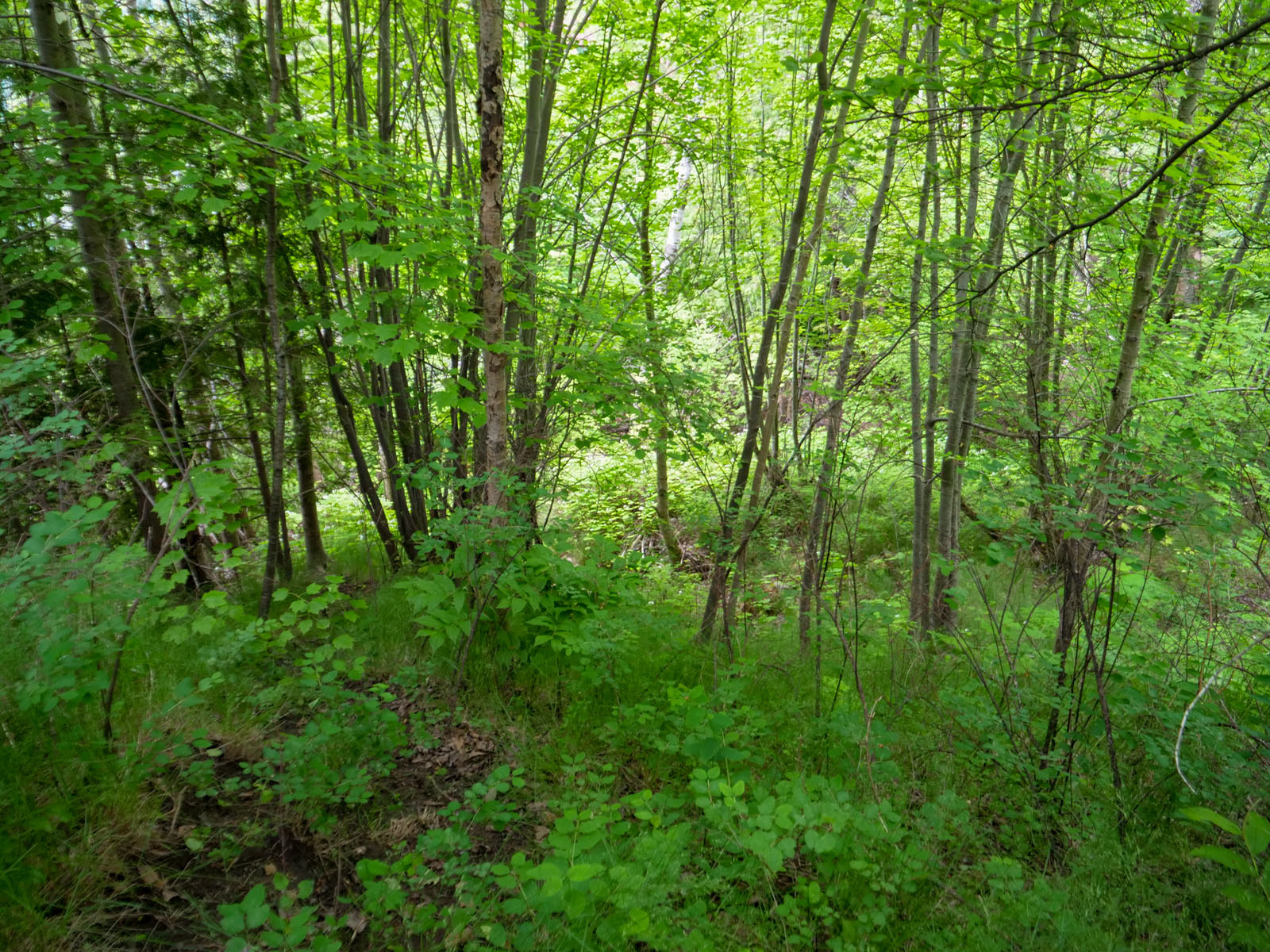 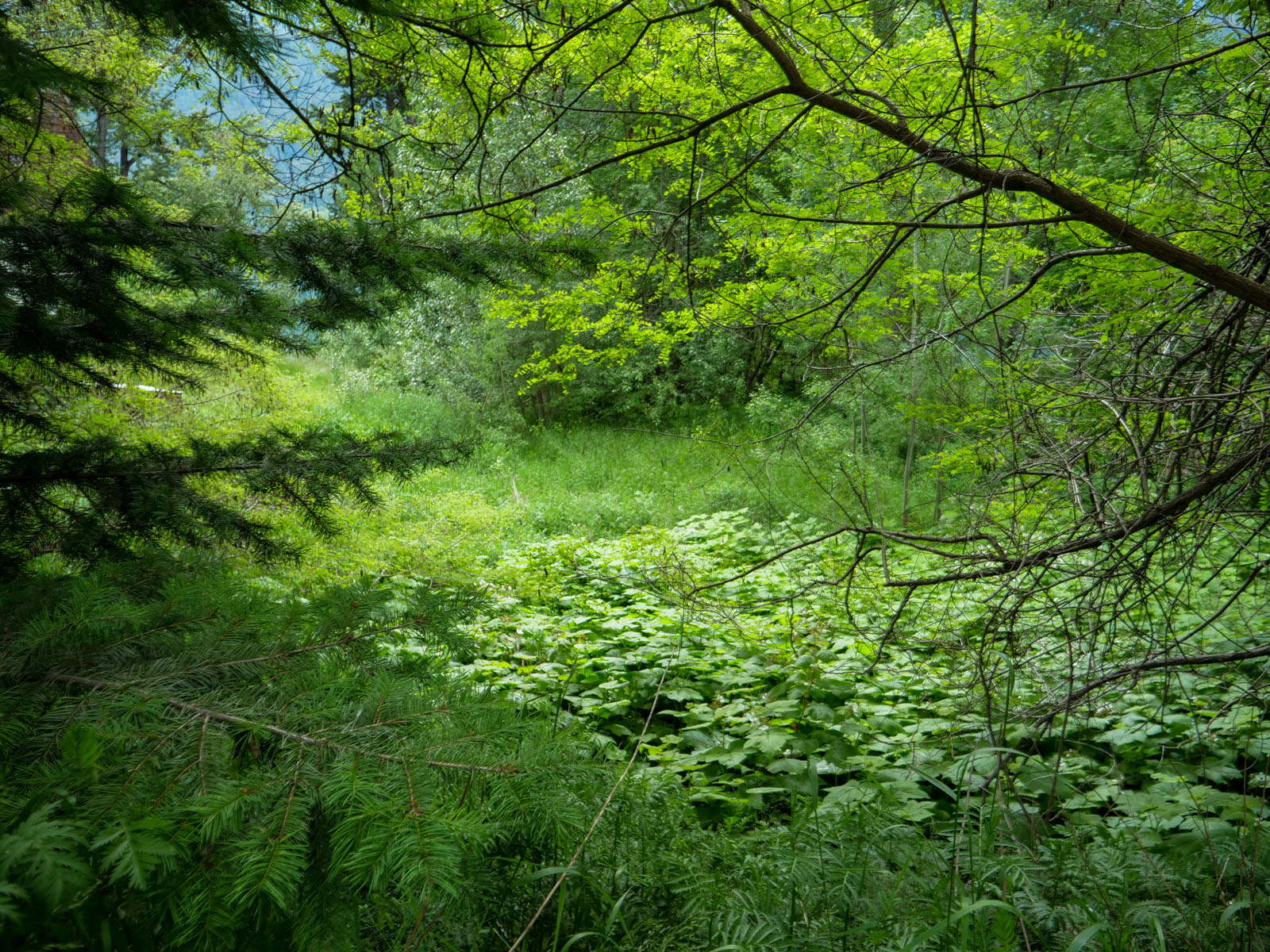 'Lakeshore and City Lights.' This undeveloped property is a short distance from downtown Nelson on the north side of Kootenay Lake. There are outstanding views of Kootenay Lake, the mountains to the southeast, the city of Nelson, and 'BOB,' the Big Orange Bridge traversing Kootenay Lake.

Access to this prime property is from the highway right of way onto the property, which leads to a lower bench mid-way to the lake. A path leads to the Kootenay lakeshore and provides access to a private beach. The creek, which runs alongside the southern property line, flows year-round, providing a calming sound and cooling effect on the summer air.

Located within Nelson City limits, all services are available at the property line: water, sewer, power, Internet, and natural gas.

Take the iconic 'Big Orange Bridge' across Kootenay Lake on Highway 3A. Once on the north side of the bridge, the property is 520 m on the right, just past Main Jet Powersports. There is parking along the highway with access by the power pole.

The Nelson and Kootenay Lake region may be one of the rarest ecosystems on the planet. Sweeping alpine tundra, regal mountain tops, and glaciated valleys blanket a unique inland temperate zone. Home to ancient forests and iconic keystone species, including the grizzly bear and Kokanee salmon, the area feeds species with oceanic affinities. A place where otters play, ospreys dive, and eagles nest, Kootenay Lake is a living landscape with a rich history.

Before the glacier retreated in this area, riverways and large lakes of meltwater provided a path for Sockeye salmon to move from the Pacific Ocean up the Columbia River and into the lakes of the interior, including Kootenay Lake. Ten to twelve thousand years ago, the glacier that shaped the Kootenay Lake retreated and drained away to its current size today, extending up to 150 m deep and 4 km at its widest point. It is divided into four sections, the North End, West Arm, Main Lake, and South End. Today, Kootenay Lake is part of a watershed that flows across the international US border and is the largest natural lake in southern British Columbia.

In this aquatic ecosystem surrounded by the steep jagged peaks of the Purcell and Selkirk mountains, species have adapted from an oceanic orientation to a freshwater existence, resulting in unique, genetically distinct populations. The glacial movement formed peaks and valleys, creating the natural barrier of Bonnington Falls (now the site of Bonnington Dam) in the western arm of Kootenay Lake. The falls stopped species like sockeye salmon from migrating to the ocean and brought a landlocked "salmon of the mountains'' into existence, the Kokanee.

The rivers and streams that flow into Kootenay Lake are teeming with life. Twenty-two fish currently live in Kootenay Lake, including the largest freshwater fish in North America—the ancient white sturgeon, and Kokanee's only predator—the largest rainbow trout in the world, the Gerrard trout.

On the shores of Kootenay Lake's West Arm, Nelson has a growing population of 10,600, with Greater Nelson encompassing 18,000. With a trading area of nearly 70,000, this city features a heritage downtown and 300-plus restored heritage homes, businesses, and churches.

Nelson is among just a handful of small cities in North America that can lay claim to a unique mix and abundance of big city cosmopolitan amenities coupled with an authentic small-town charm. There are over 50 restaurants and cafes, many with outdoor seasonal patios, more per capita than San Francisco. Three craft breweries and coffee shops produce great beverages and relaxing socializing places. You can feel the funky vibe, authenticity, and entrepreneurial spirit following a quick stroll down the main street—historic Baker Street.

'BOB,' the Big Orange Bridge, connects Nelson to the North Shore (Balfour, Kaslo, and beyond). The bridge is a favorite for cyclists, walkers, and joggers, with wide sidewalks and incredible views up and down the lake.

With a temperate climate, the weather changes notably with the four seasons. Summers tend to be hot and dry, while winters are snowy with mild temperatures. Within this inland temperate rain forest, precipitation is key to the environment, providing the moisture for various flora and deep snow.

The sky's the limit when it comes to outdoor activities in and around Nelson all year around. Whether kayaking on the lake, cycling a pine-topped ridge, or hiking lush forests, this area is a gateway to the backcountry.

Kootenay Lake is one of the largest lakes in BC and is ideal for sailing, kayaking, windsurfing, paddle boarding, canoeing, and leisurely boat rides. Marinas around the lake offer boat rentals, fuel, boat repair, and moorage. Leisurely paddling on the lake affords experiences with spectacular views of wildlife, hidden coves, sandy beaches, and vast open spaces.

Kootenay Lake does not freeze over in winter—translating to year-round fishing. Gerrard and bull trout are both monsters of the Arrow and Kootenay Lakes, but the Gerrard is a true trout, whereas the bull trout is actually a char. Both species feed on Kokanee to attain their massive size, but the rainbow spawns in spring and the char in the fall. The lake also supports record-sized rainbow trout and claims to have the world's largest recorded Kokanee of almost 10 pounds. Land-locked salmon spawn in large numbers in Kokanee Creek in the late summer. A good time to fish is in the fall and winter, with larger fish coming up from the cold depths of 500 feet.

South of Nelson, Salmo is the starting point for waters with Class 2 to 4 outstanding rafting. The journey begins on sparkling blue water heading to a remote canyon setting. Following the first warm-up sections, the river builds to a Class 4 canyon run with boulder drops and rock gardens. For those not wanting the spine-tingling thrills, there are several chances to take out before the canyon.

Nelson and the area are world-renowned for exceptional skiing and boarding. The deep, pure powder snow is legendary.

Whitewater Ski Resort receives over 40 feet of light, dry powder every season. With over 2,044 feet of steeps, deeps, chutes, bowls, and glades, the resort is also famous for hosting some fantastic festivals and events on and off the mountain.

The region is also a backcountry paradise. The deep powder and terrain are home to several worldwide recognized cat ski operators. Together, they have earned the designation as the Cat Ski Capital of the World.

The Nelson Nordic Ski Club has over 25 km of developed and maintained trails with lit trails for night skiing. Two warming huts throughout the beginner to expert trails provide cozy places to fuel up before continuing.

Before the glacier retreated in Kootenays, riverways and large lakes of meltwater provided a path for sockeye salmon to move from the Pacific Ocean up the Columbia River and into the lakes of the interior, including Kootenay Lake. Ten to twelve thousand years ago, the glacier that shaped the Kootenay Lake retreated and drained away to its current size today, extending up to 150 m deep and 4 km at its widest point. It is divided into four sections: North End, West Arm, Main Lake, and South End. Today, Kootenay Lake is part of a watershed that flows across the international U. border and is the largest natural lake in southern BC.

Before prospectors arrived in search of gold and silver, the area where Nelson now sits was home for thousands of years to the Ktunaxa and Sinixt First Nations. A new era began in 1887 when a party from Colville discovered the Silver King mine on Toad Mountain, where the township developed.

Within a few years, two railways reached the fledgling settlement, providing transportation for goods and ore, while a fleet of sternwheelers connected points on Kootenay Lake. Forestry eventually supplanted mining as the area's primary industry, and Nelson became home to a large sawmill, a sash and door factory, and a match block plant, among other sectors.

Nelson was incorporated in 1897 and became the administrative center of the Kootenays. It constructed a streetcar system and a hydroelectric power plant—the first in BC. The township also built many impressive brick and stone buildings that still stand today.

In addition to English and American settlers, Nelson was home to sizable Chinese and Italian communities and Doukhobors who immigrated from Russia to escape persecution.

In the 1950s, Nelson became a university town when the Roman Catholic diocese established Notre Dame, which later became David Thompson University Centre. However, during the recession of the early 1980s, the city fell upon hard times, and the school and the sawmill closed while other significant employers shed employees.

Just as things looked dire, Nelson bounced back on the strength of its history. A downtown revitalization project uncovered and restored many hidden heritage buildings, and Hollywood soon discovered the city's charms. Snow has been another salvation as nearby Whitewater Ski Resort, Baldface Lodge, and other cat and heli-ski operators brought a significant economic injection to the city. 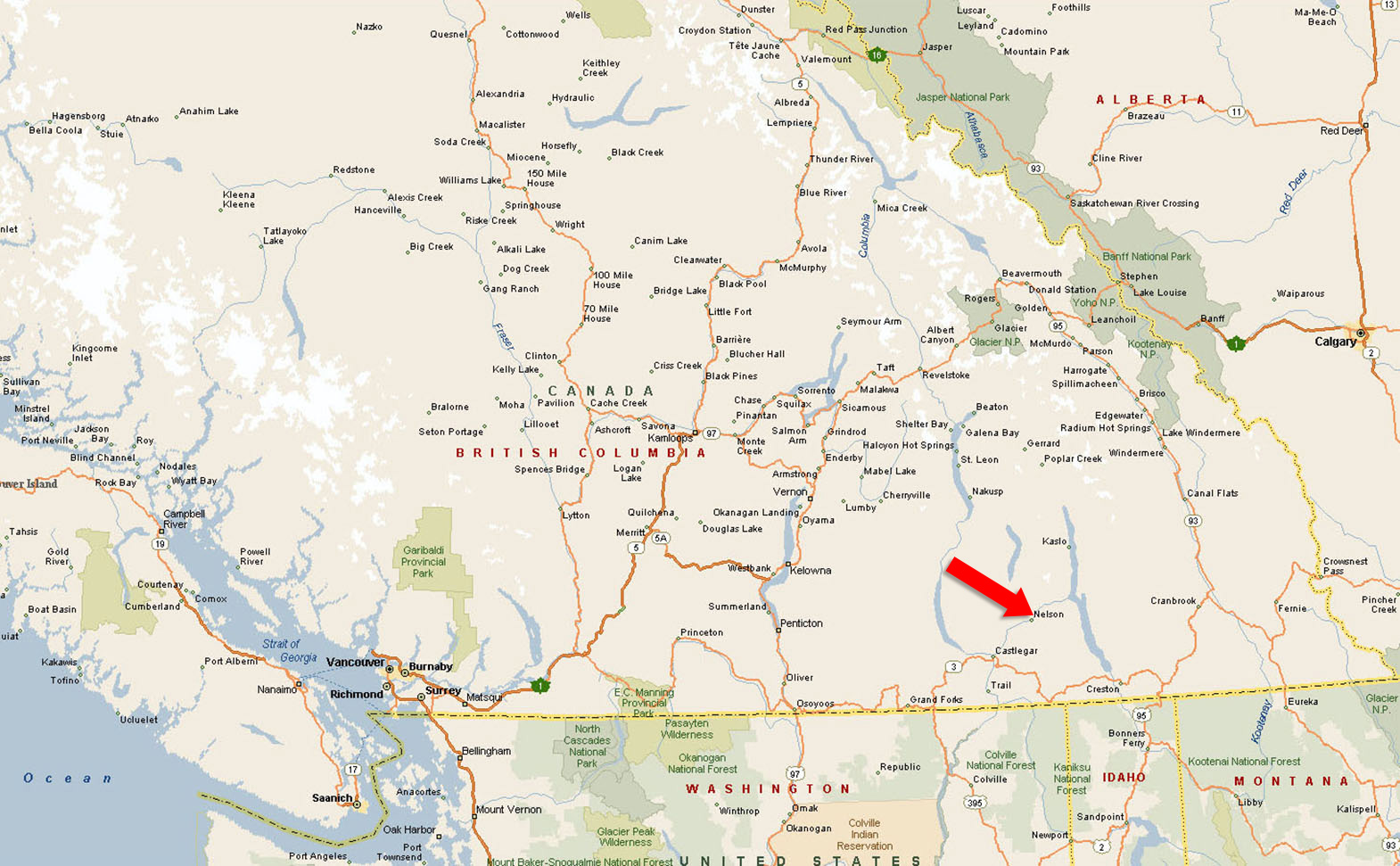 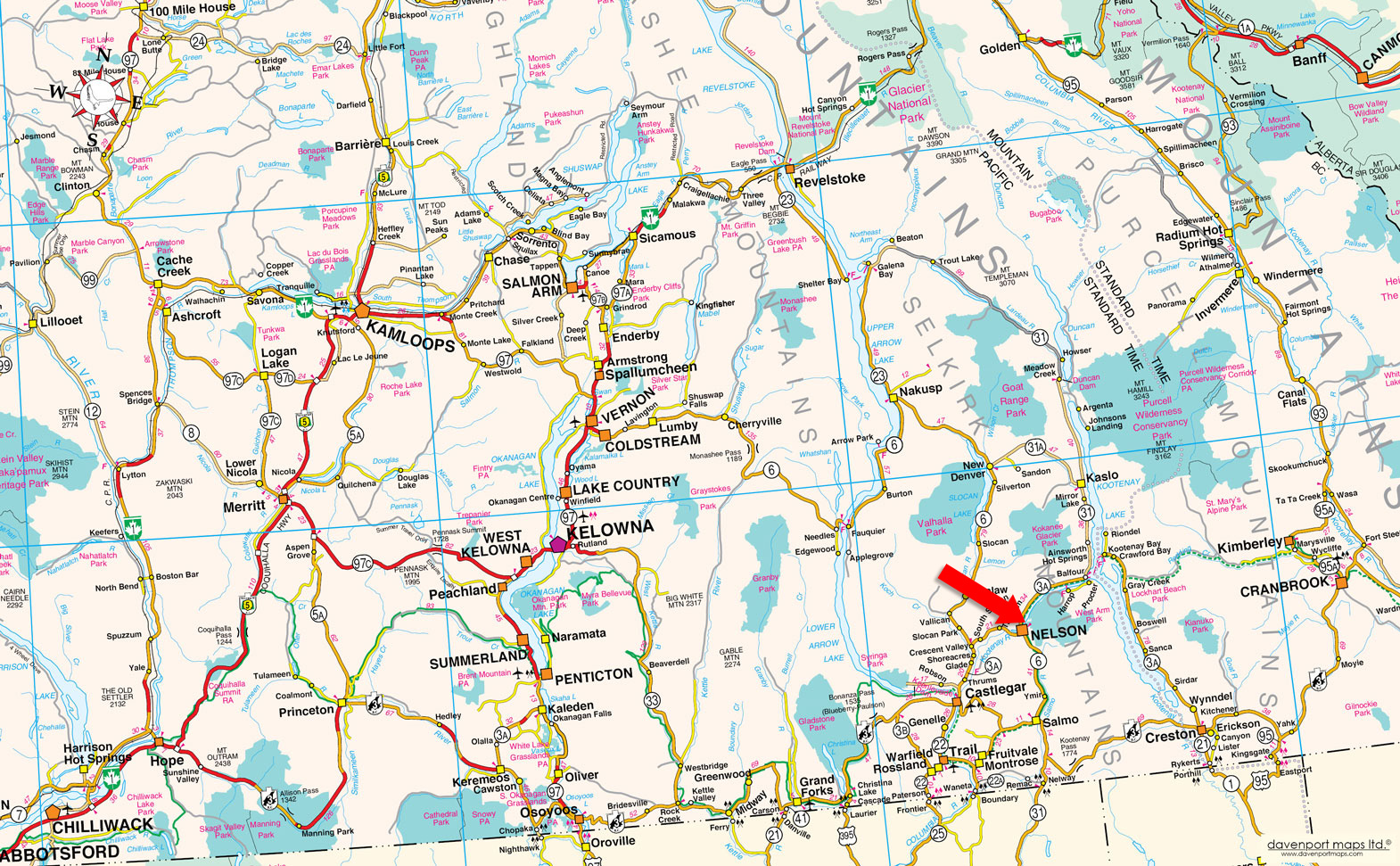 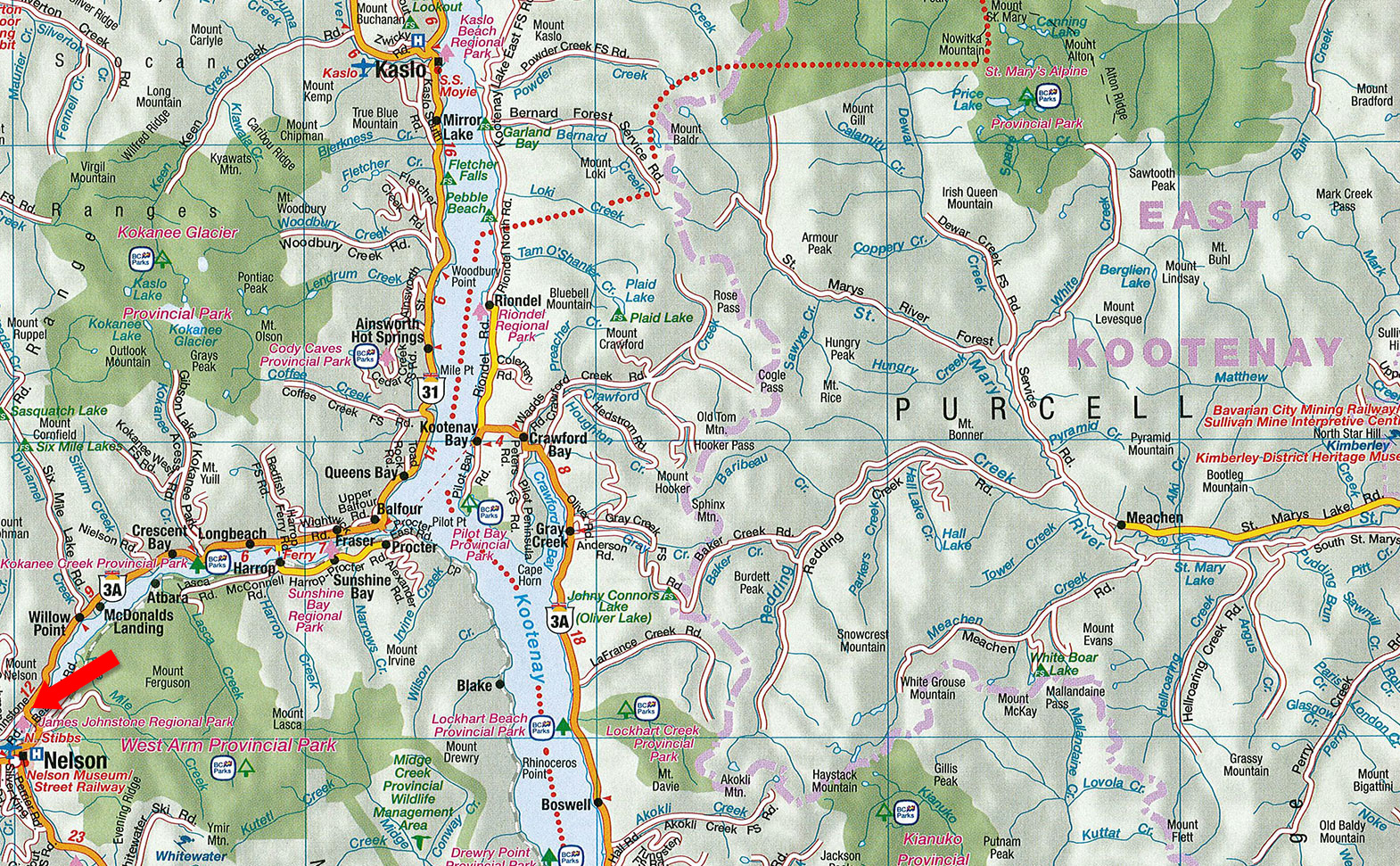 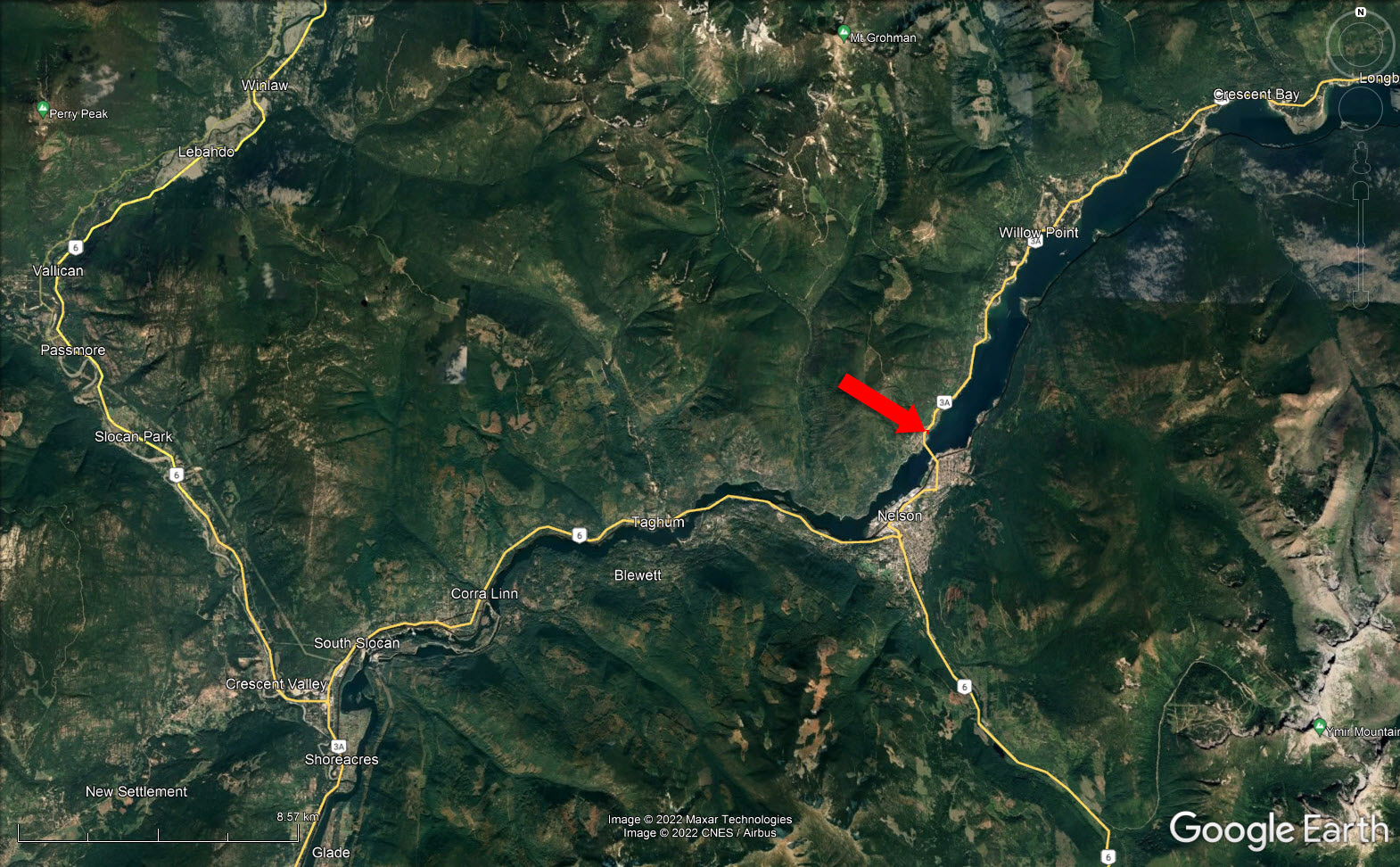 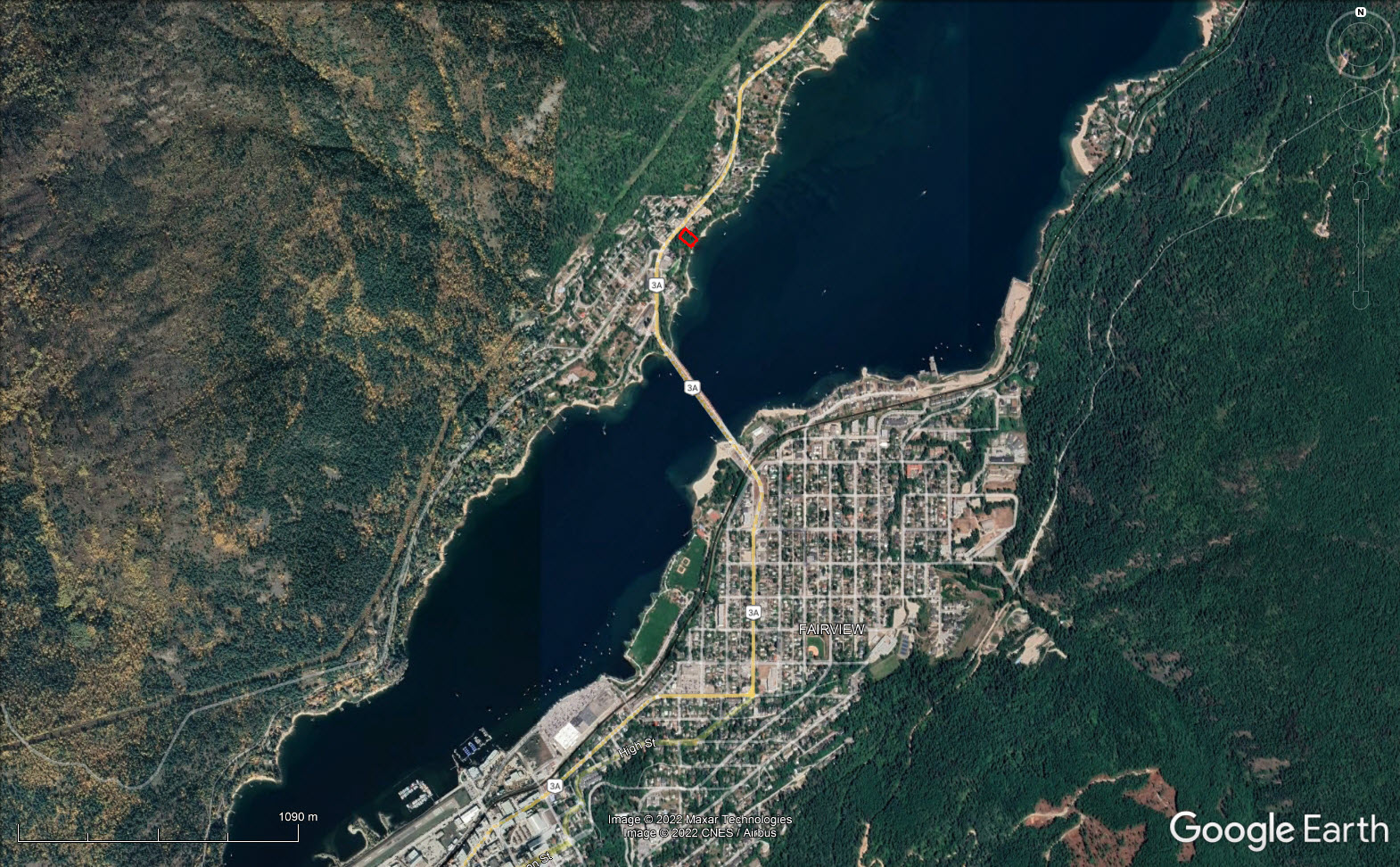 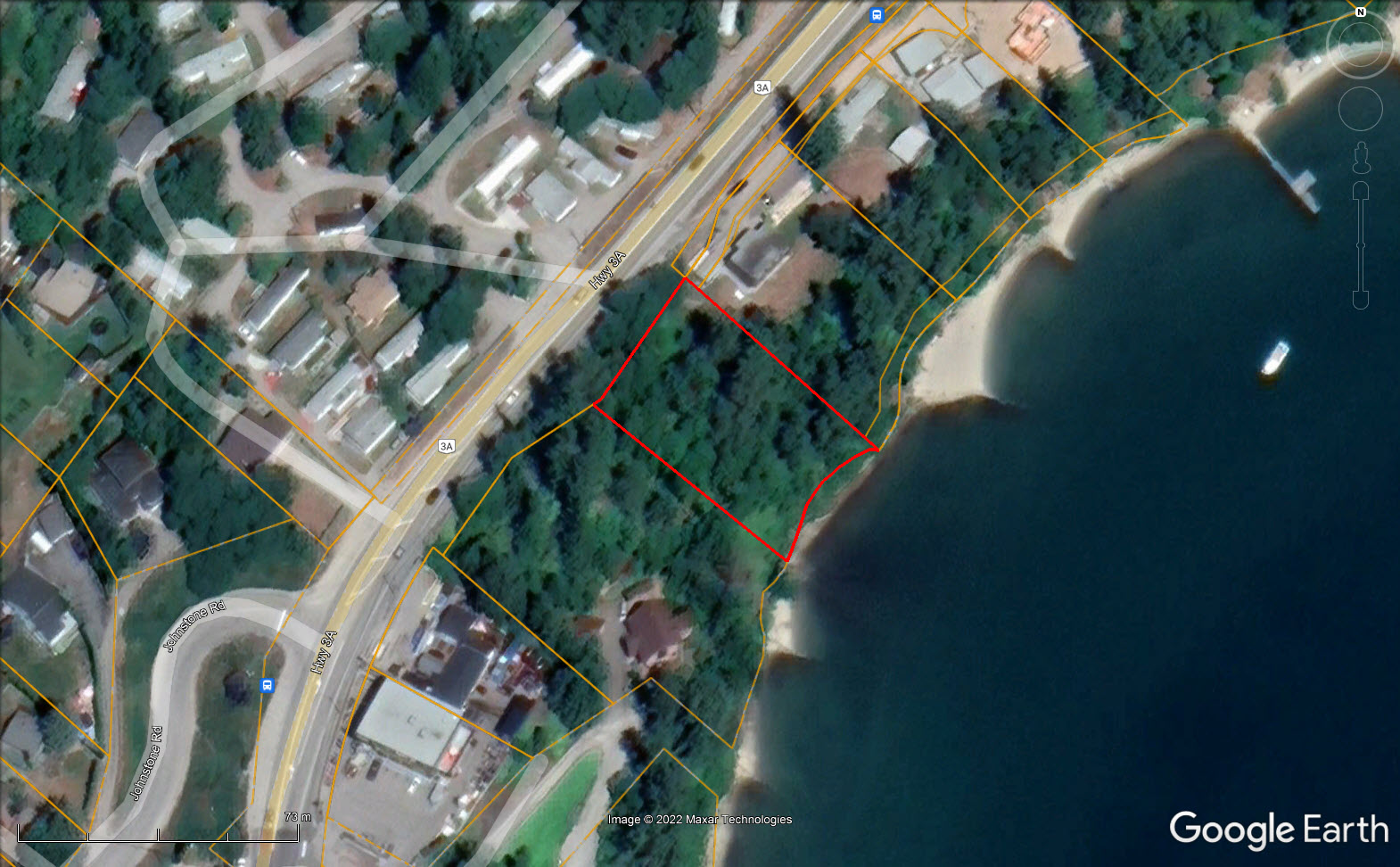 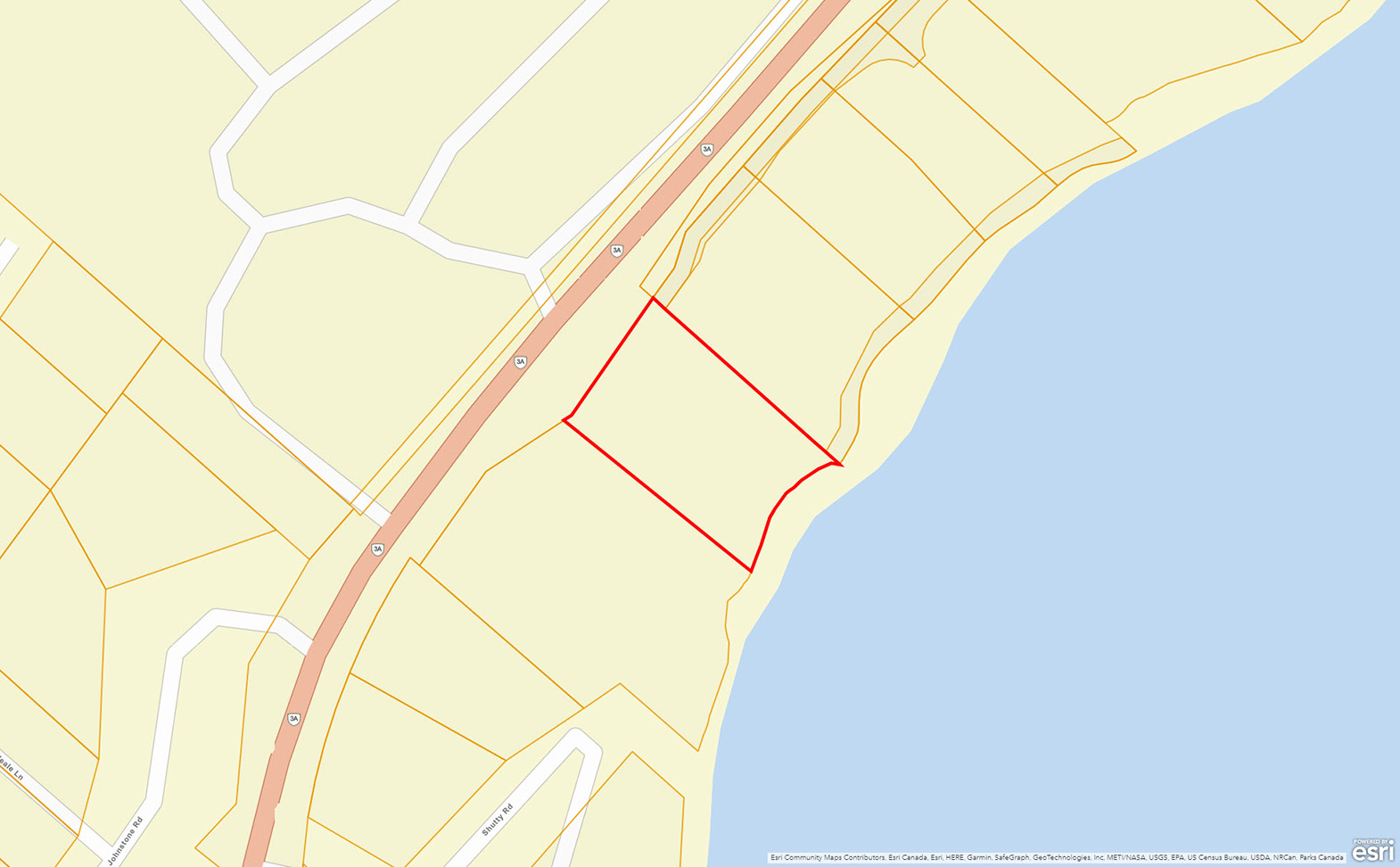 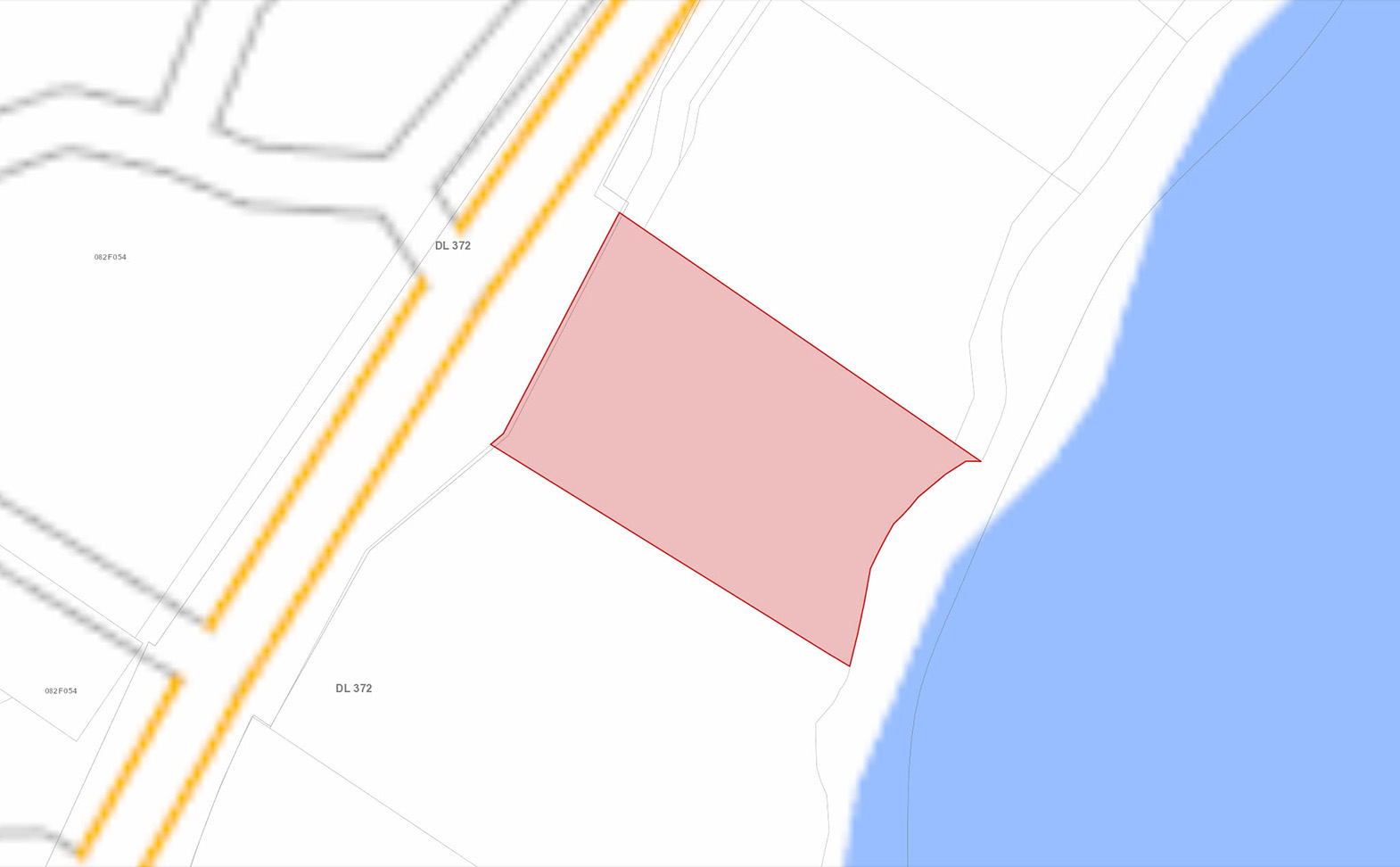