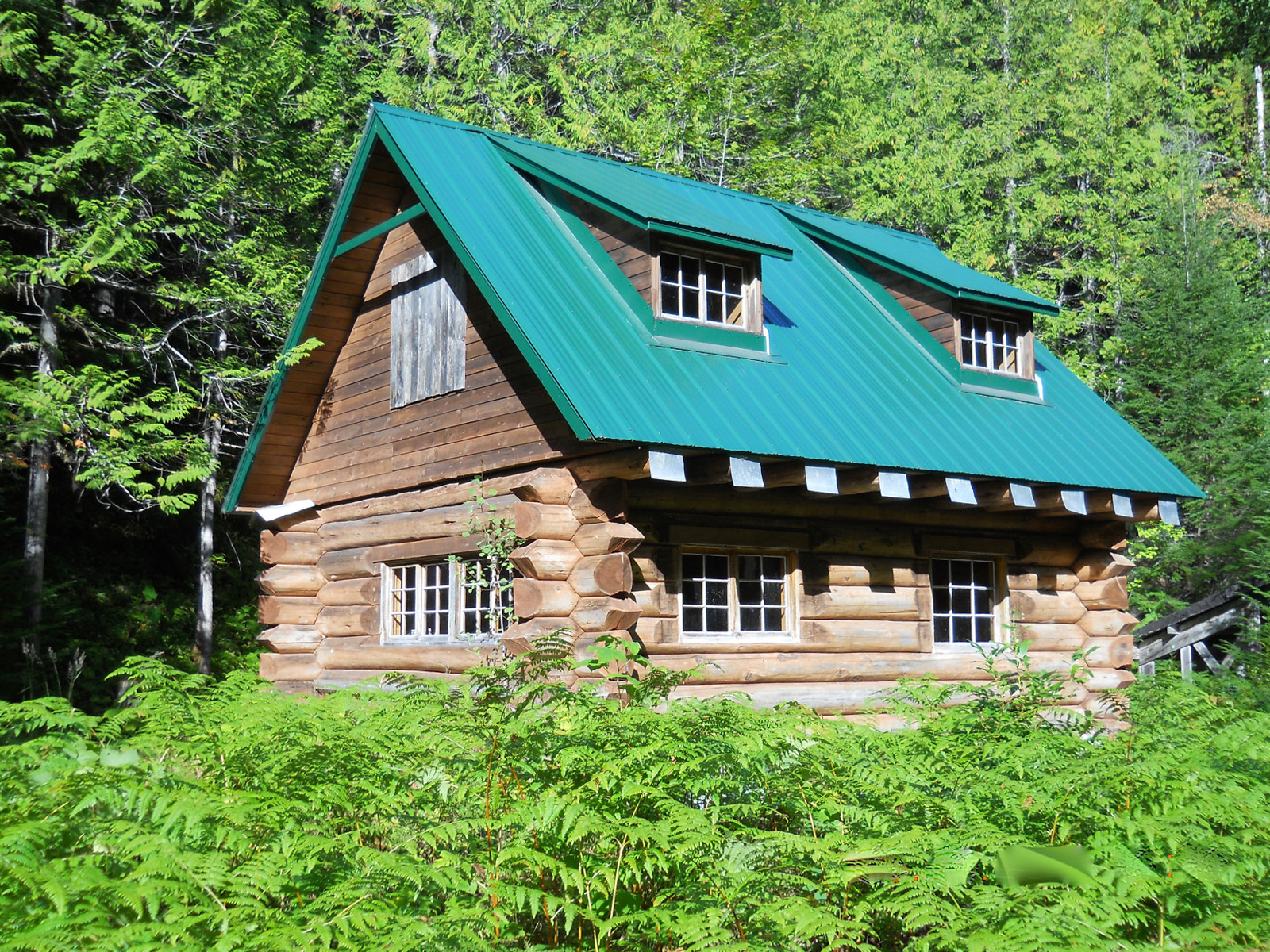 North Coast & Northwestern BC Listing No. 21062

230 acres alongside the Skeena River and Lorne Creek, with marketable timber, privacy, hunting and fishing combine for the ultimate hideaway, whether a recreational or investment property. 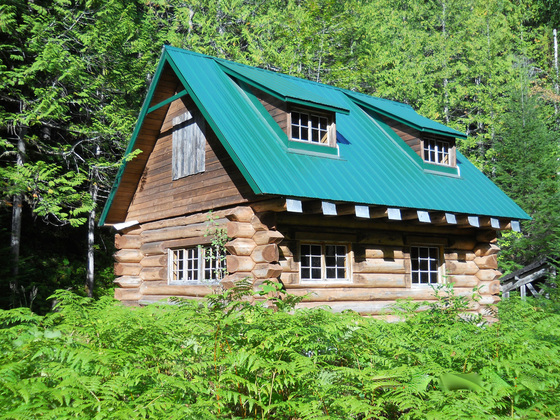 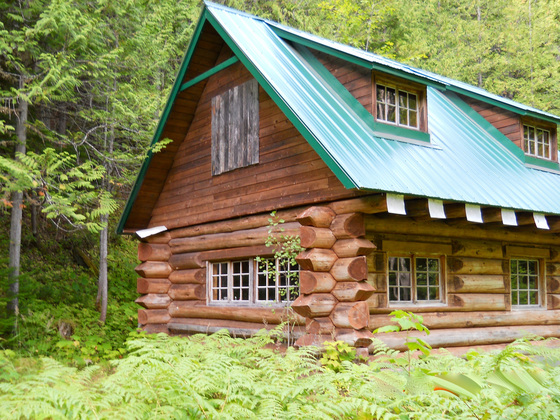 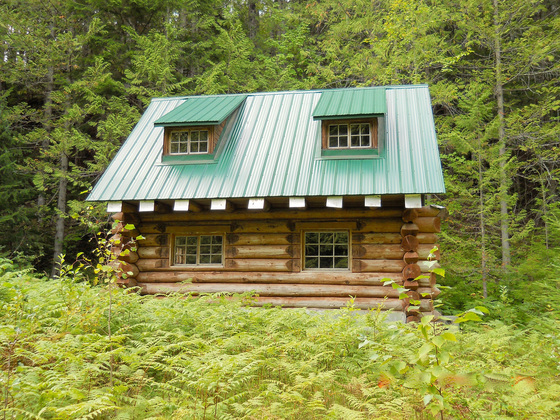 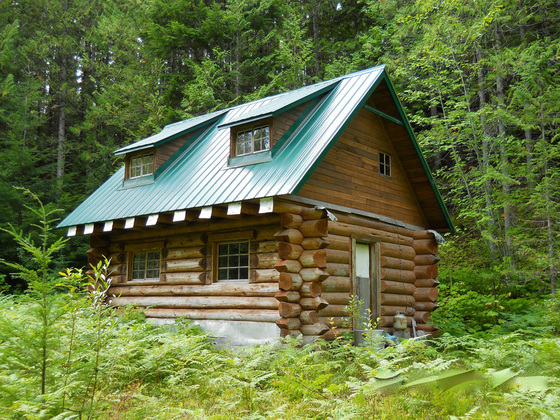 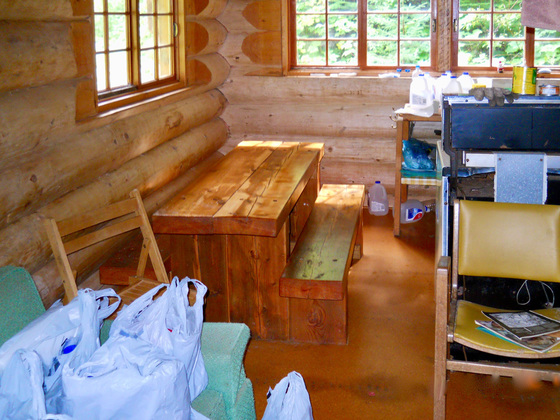 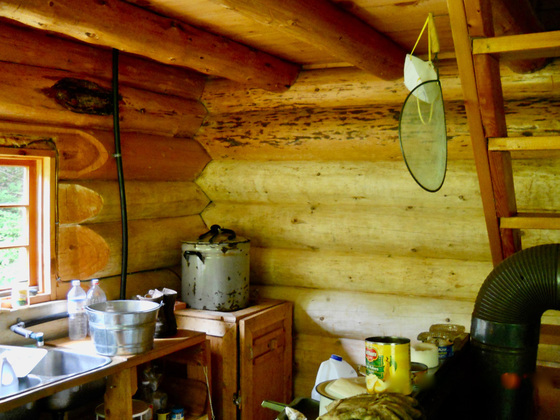 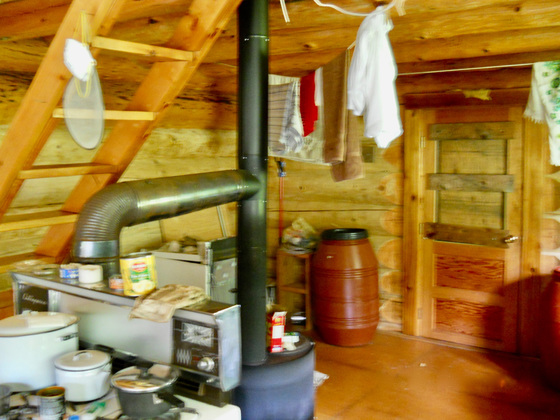 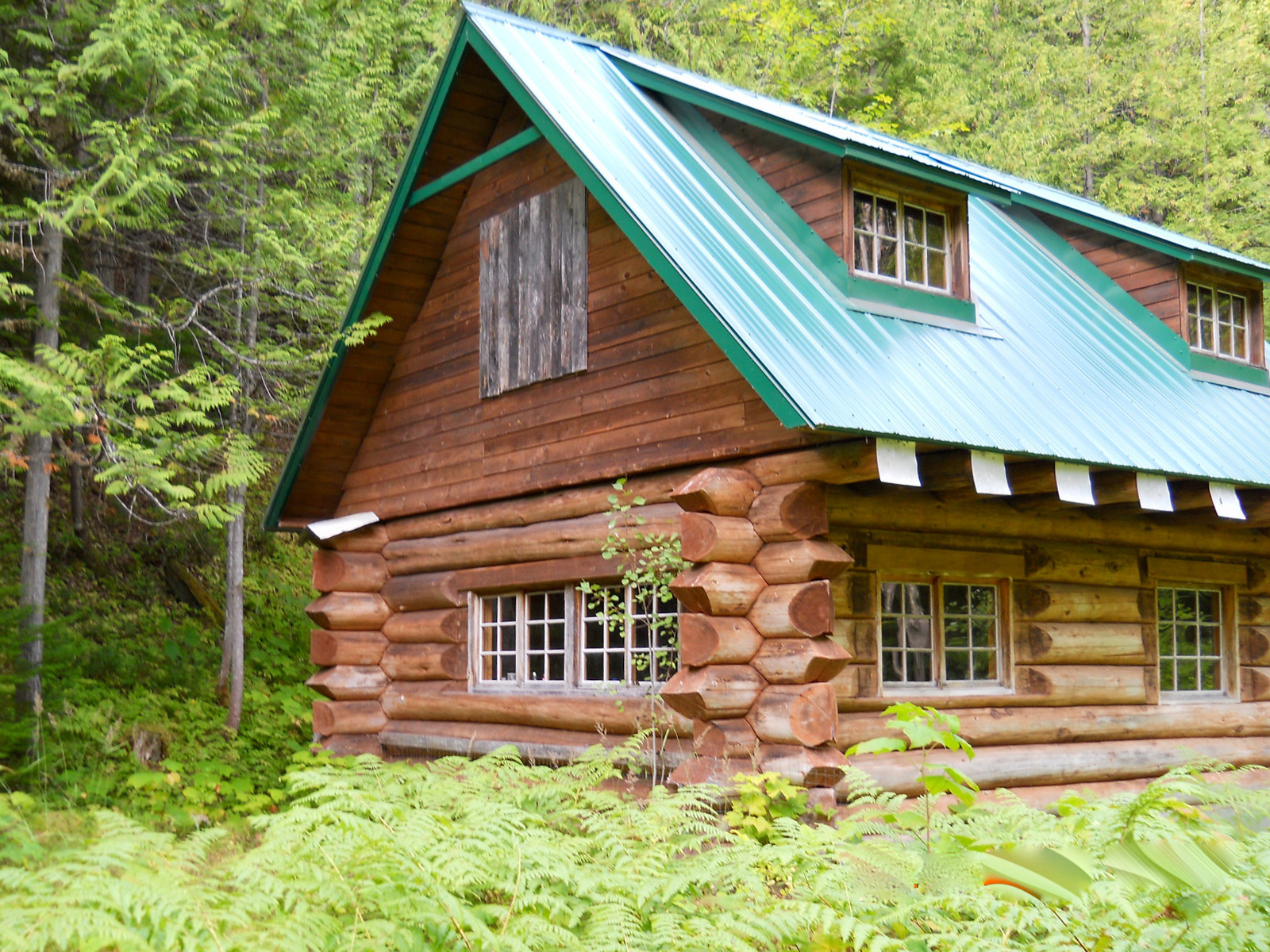 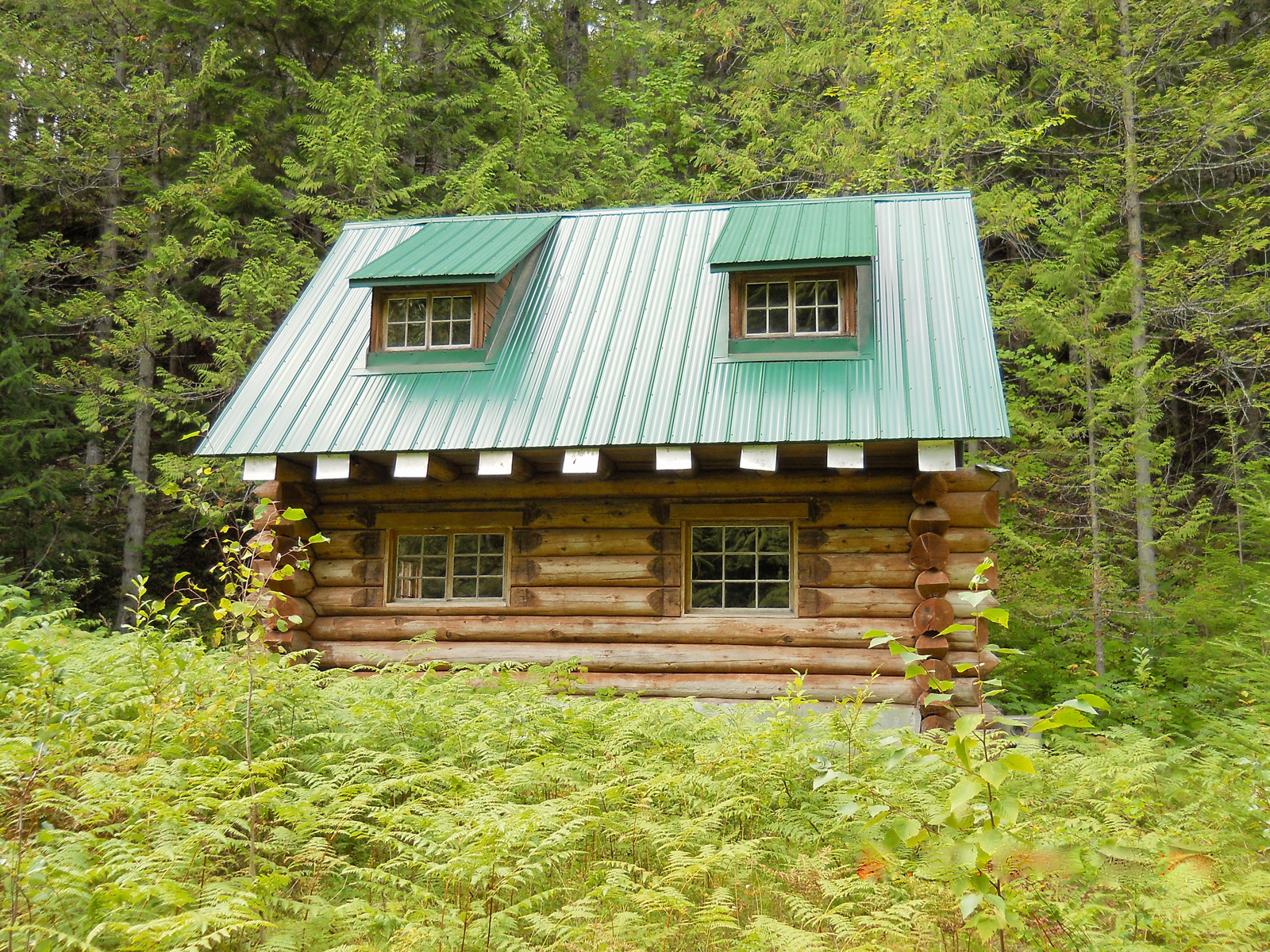 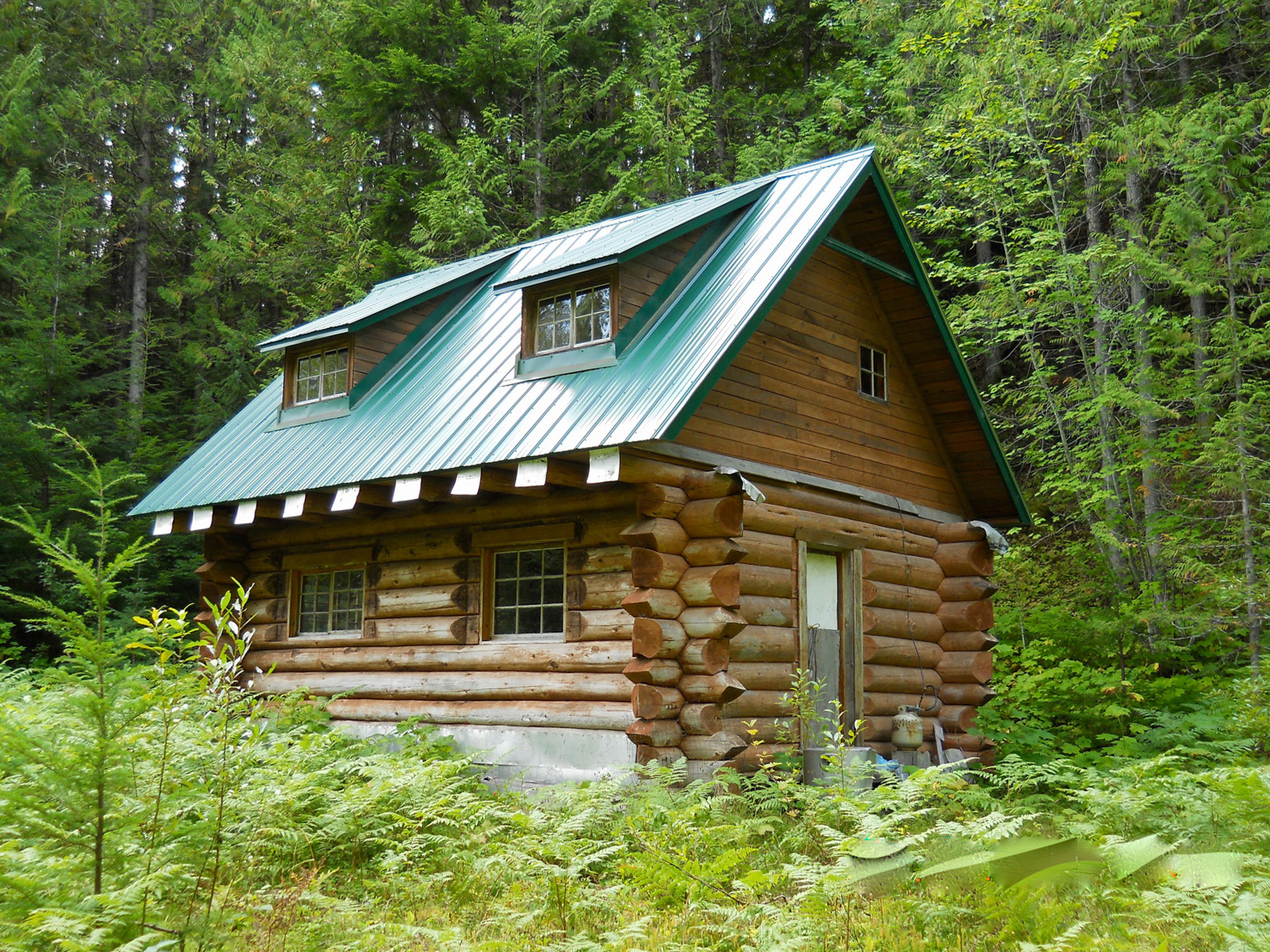 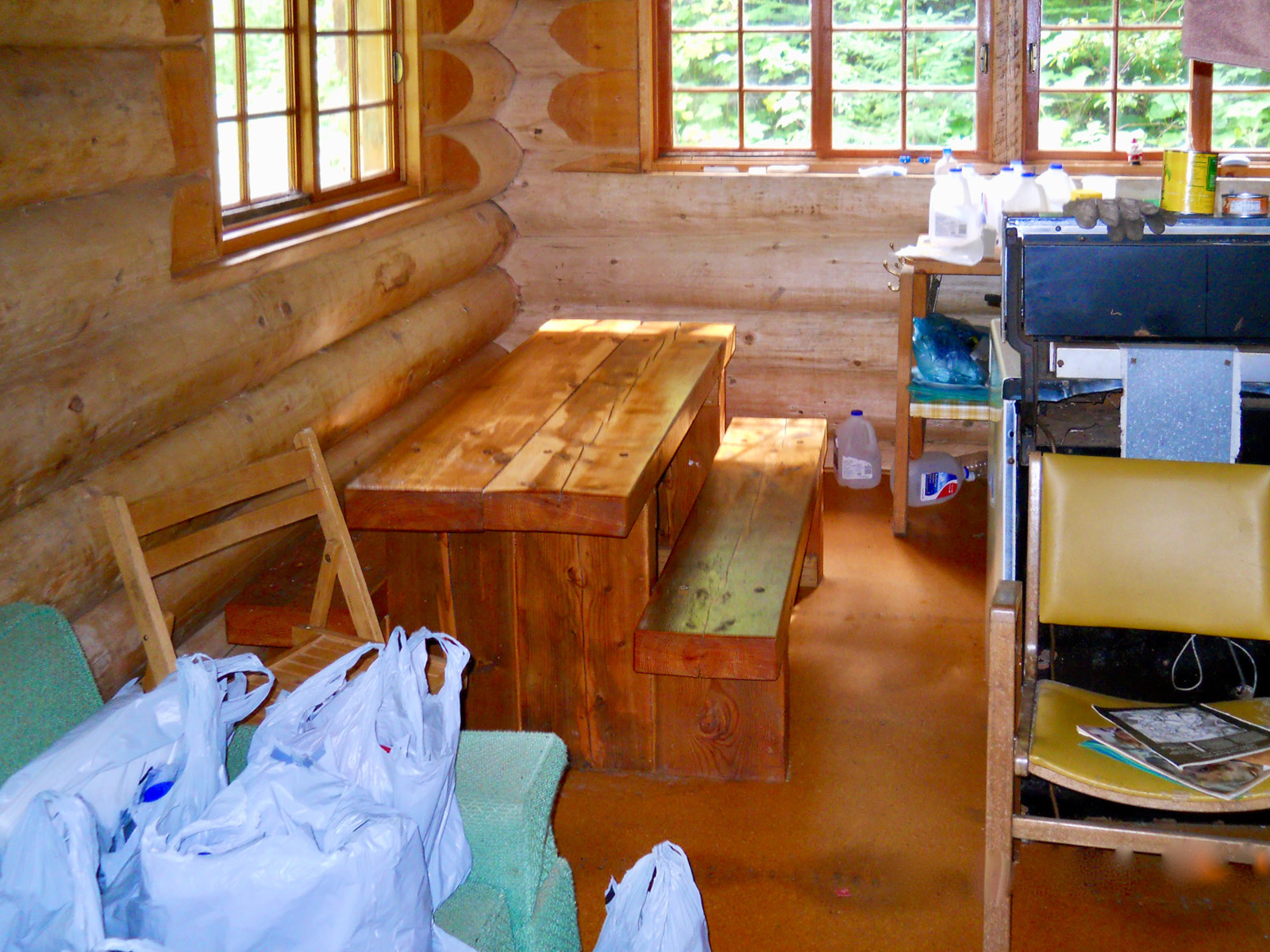 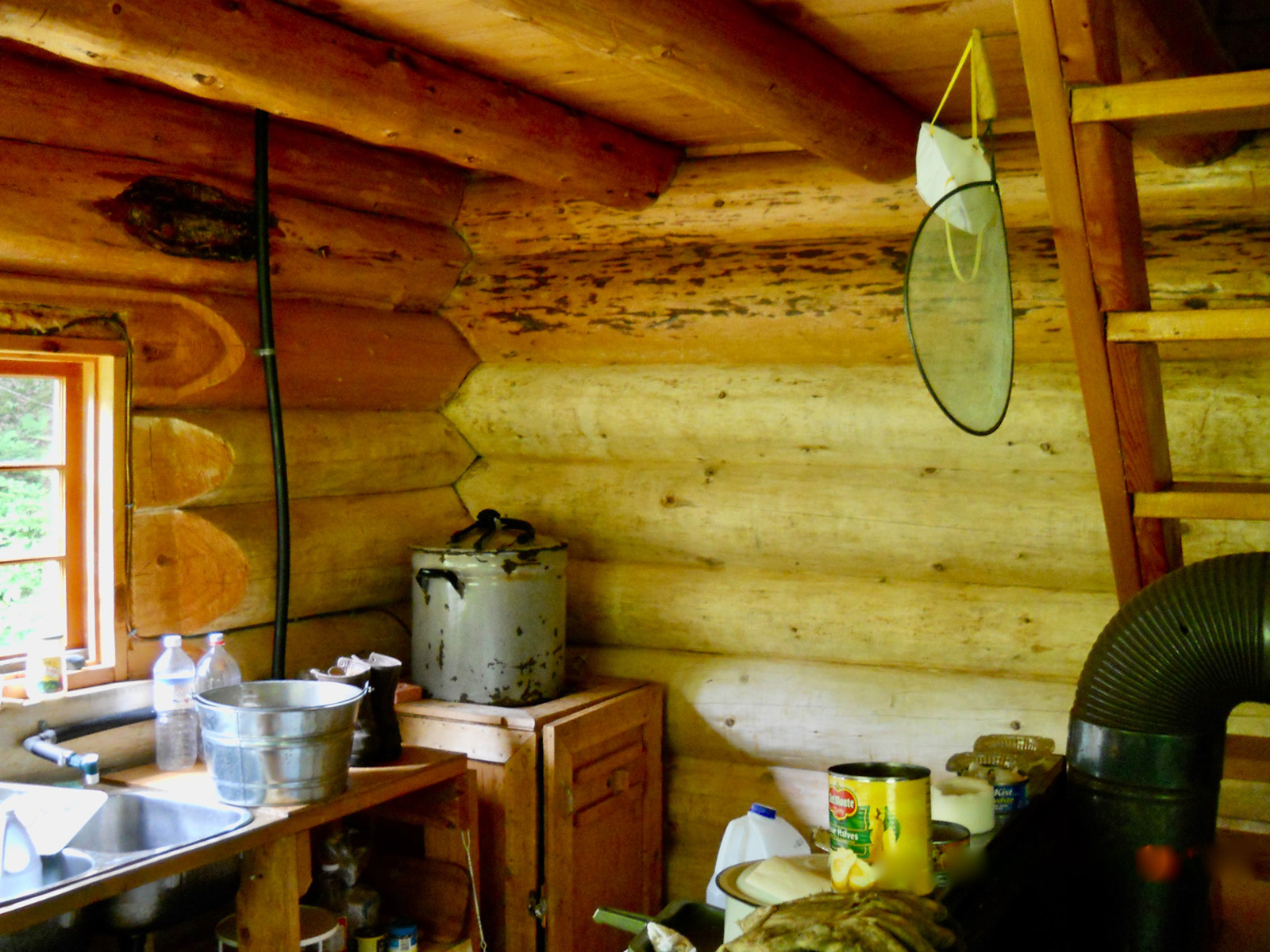 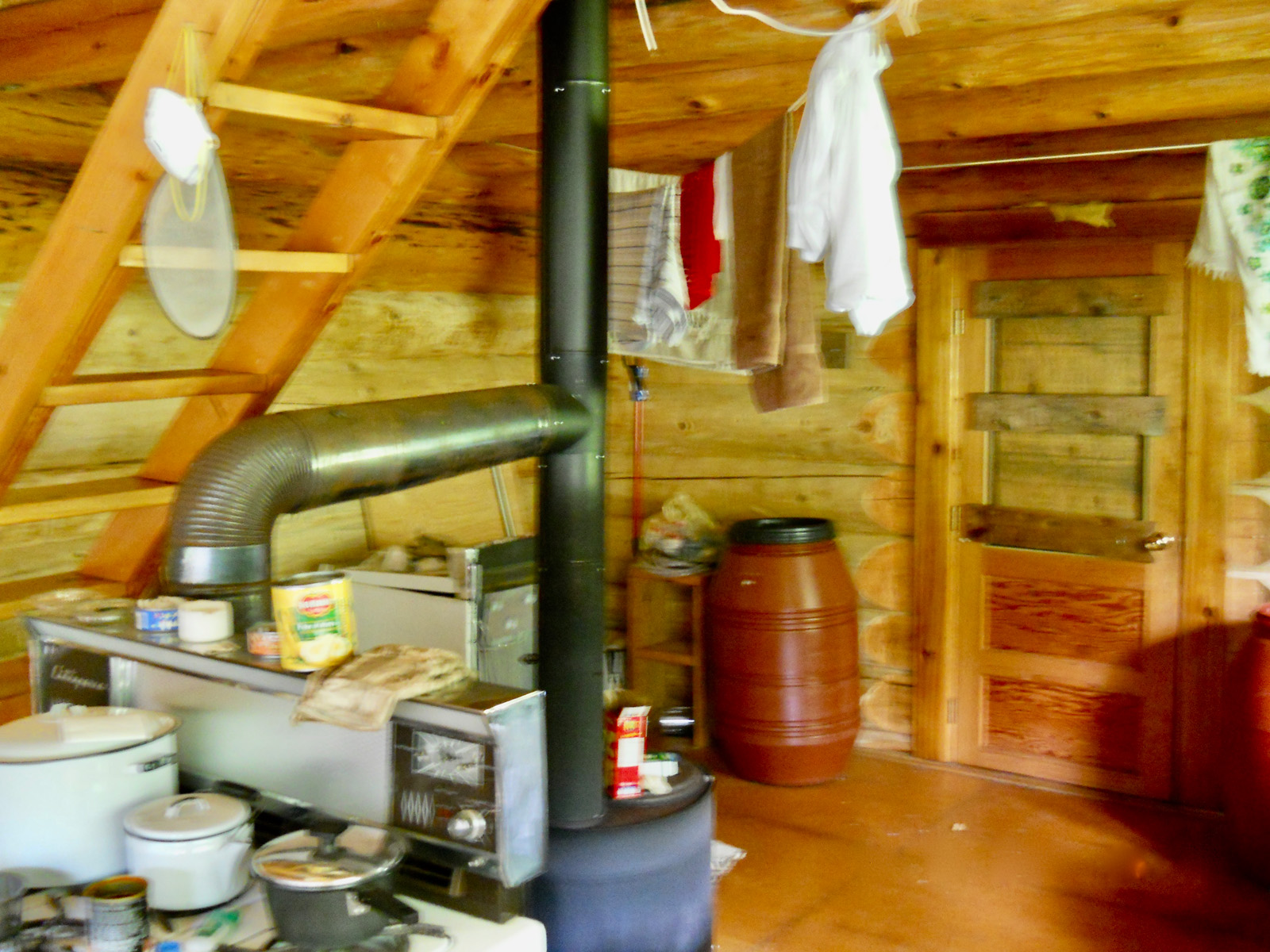 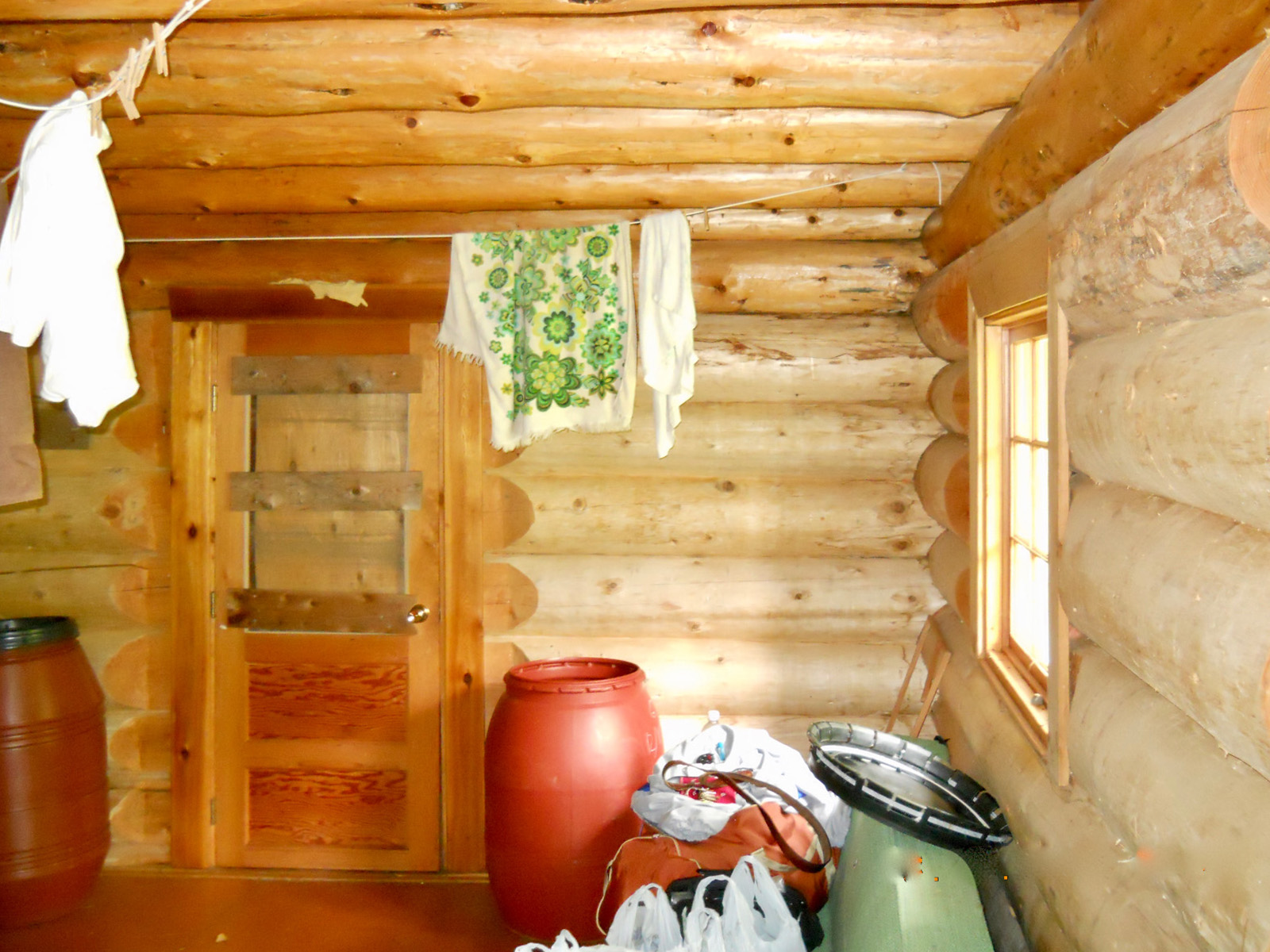 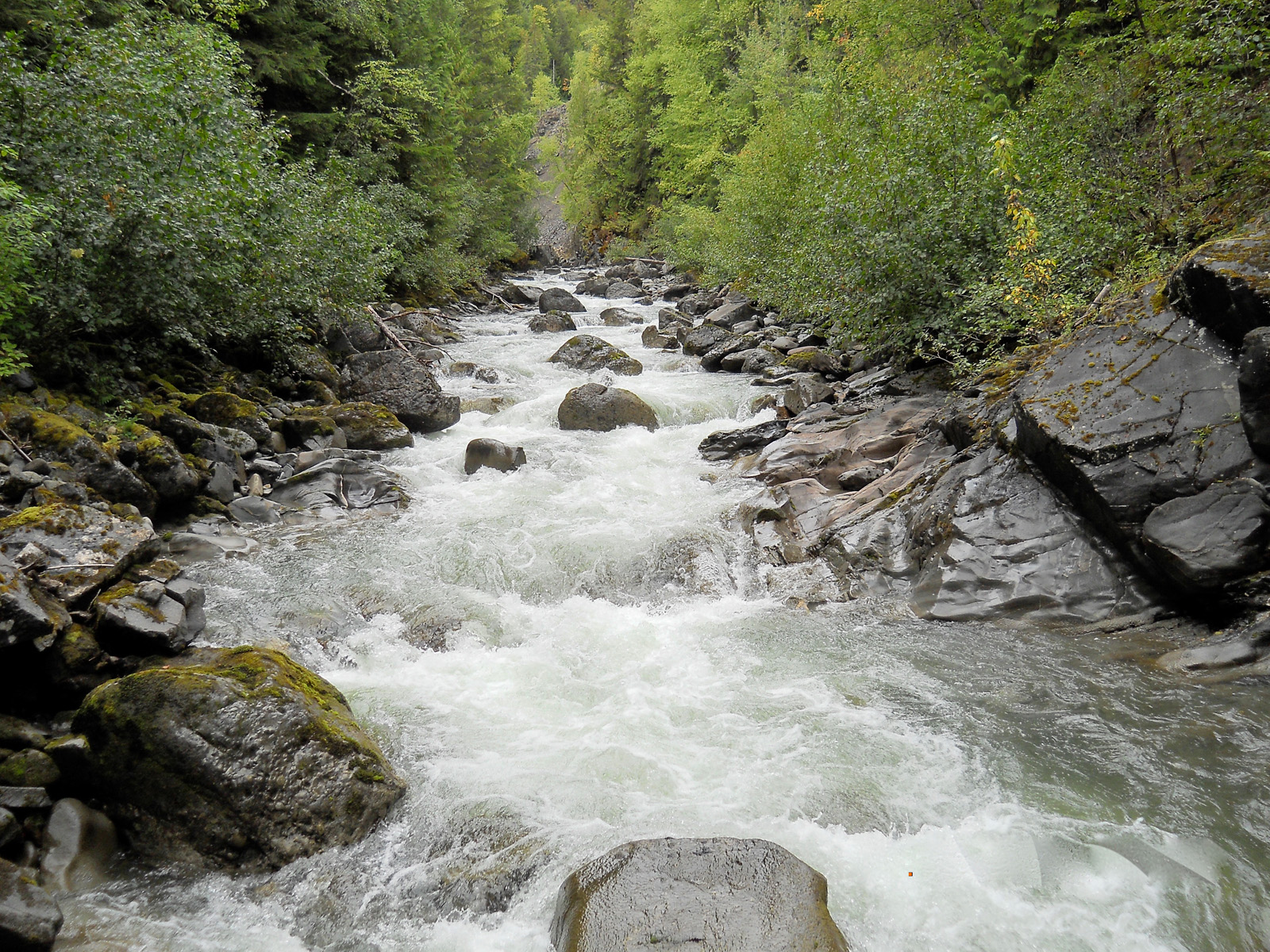 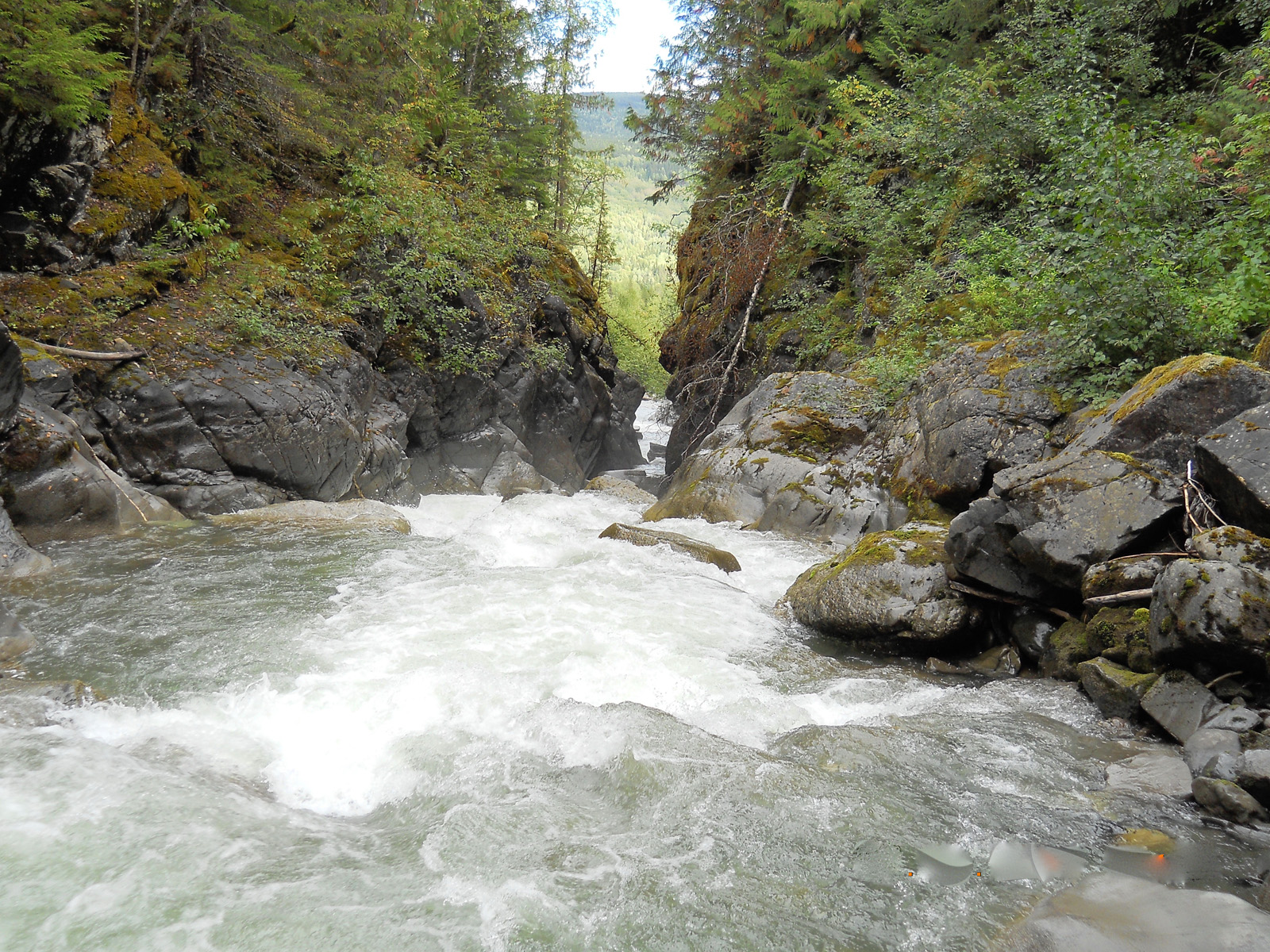 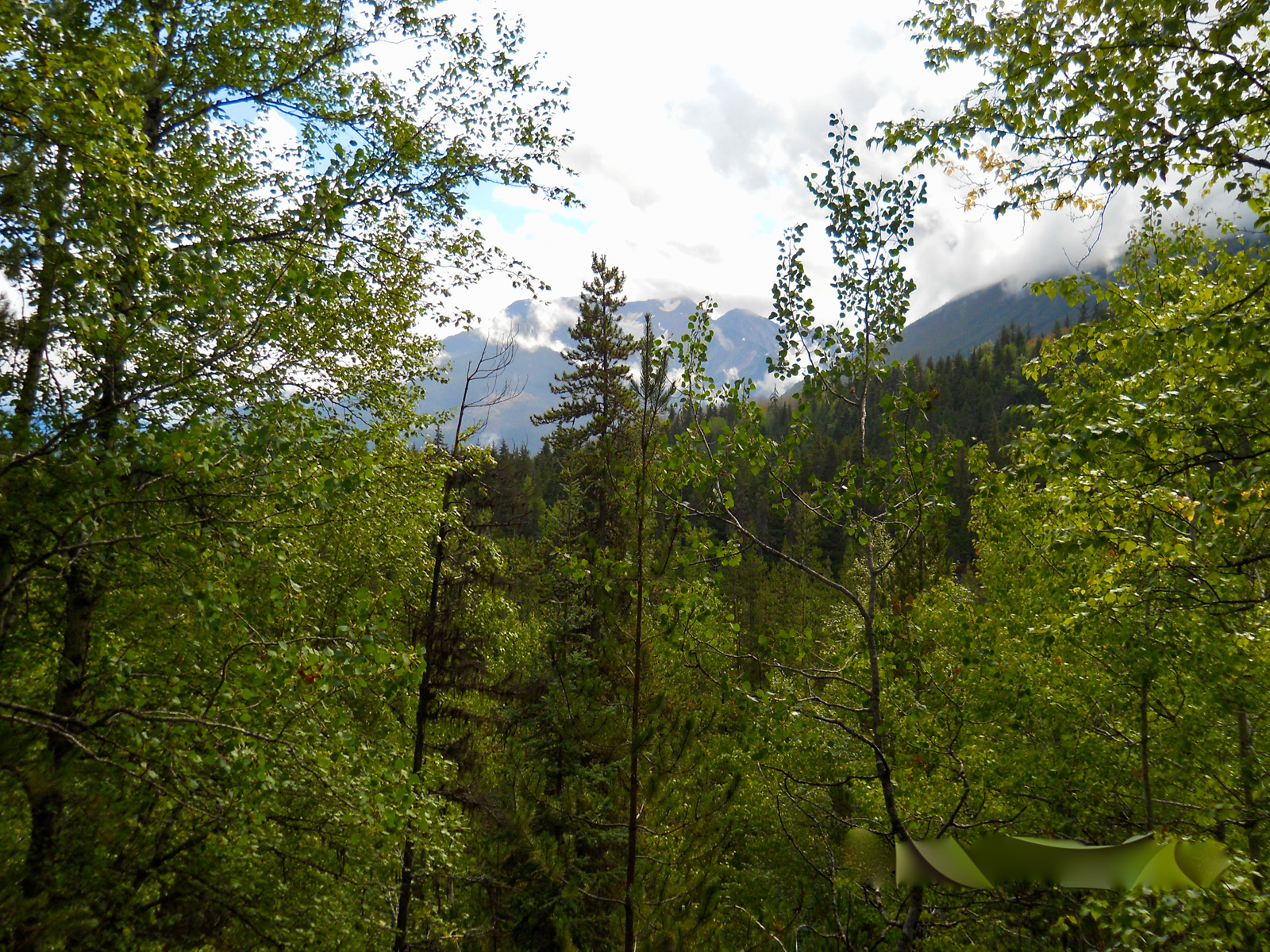 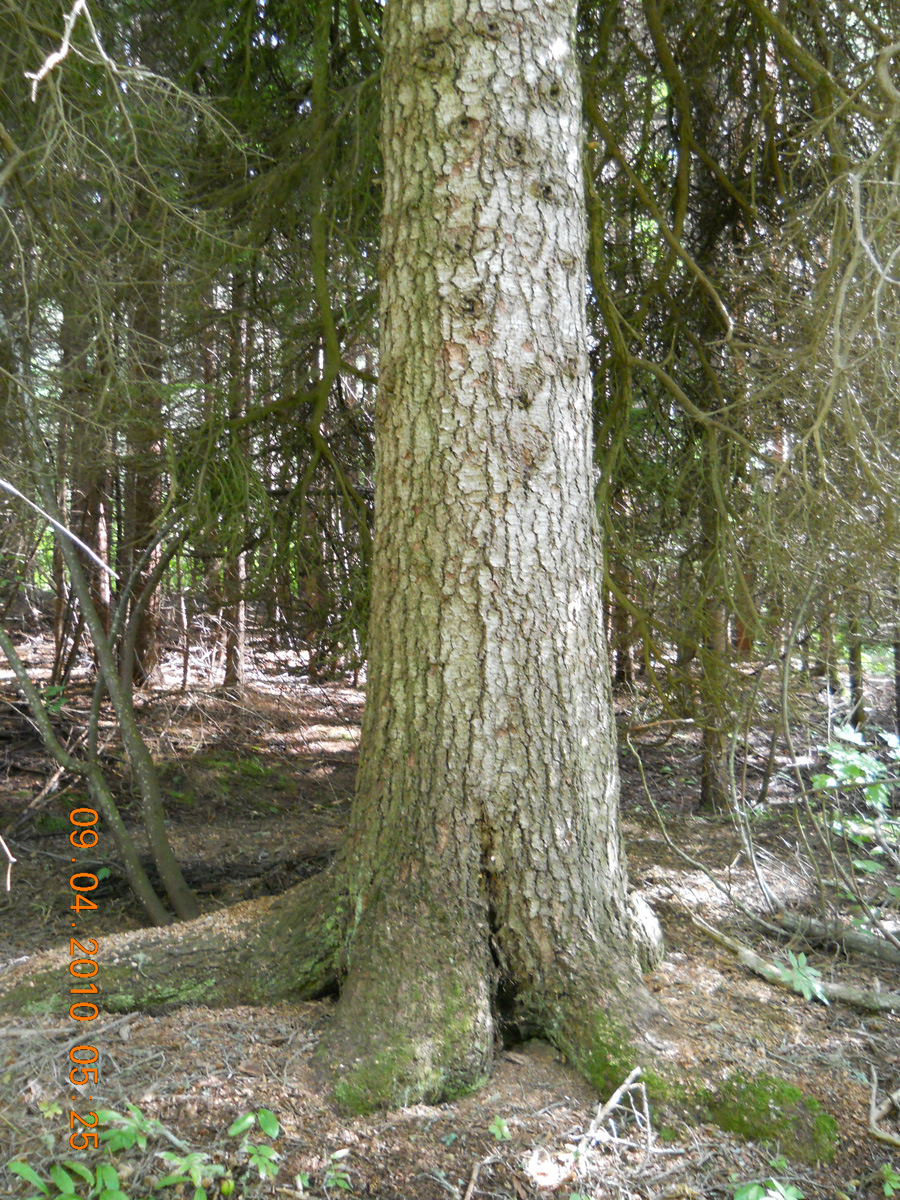 This gorgeous off-grid 229-acre property has a cozy, well-built, two-storey cedar log cabin. Located close to the end of Cedarvale Road, the land offers seclusion and privacy. The Skeena River and the railway flank the eastern border.

The log cabin is clad with green metal roofing, has a concrete block foundation, and a freestanding wood-burning heat source. The living and dining room combine with the upper floor for a total of 600 square feet. The upper floor with two bedrooms has gabled windows bringing in natural light and offering beautiful views.

This land has high timber value and has a timber cruise, available upon request. Southwards, a large mountain stream named Lorne Creek with beautiful waterfalls can easily provide significant hydroelectric potential. If you’re looking for a private retreat, recreational or investment property, this property is worth your attention.

Cedarvale lies at the foot of the Seven Sisters Provincial Park alongside the Skeena Valley River. This unincorporated community has a population of approximately 40. Kitwanga is a 25.3 km drive where the infrastructure includes a Community Hall, Post Office, General Store, Restaurant, Rec Center, Ballfield, RV Park, Trail System, Guest House, and two Churches. The closest towns are Hazelton, 70.5 km drive and Terrace, a 75 km drive.

Highway 37 passes through the Skeena River Valley with BC North Bus service. Domestic connections to international airports are available in Terrace and Smithers. Terrace is serviced by Air Canada, West Jet, Central Mountain Air, Hawkair, and Northern Thunderbird. Smithers is serviced by Air Canada, Central Mountain Air and Northern Thunderbird. The Rail Station has a Via Rail stop on the Jasper-Prince Rupert route.

Cedarvale, aptly named from the cedars that grew around the landing, is named Minskinish, which means ’under the pitch pines.’ This beautiful area is an unincorporated community in the Skeena River valley midway between Hazelton and Terrace. Education options, with bus service, are Kitwanga Elementary K-7, and Hazelton, K-7 and Secondary 8-12.

Both Terrace and Hazelton have the closest hospitals. The nearest ambulance service is in nearby Kitwanga.

Cedar, hemlock, balsam, spruce, pine, along with cottonwood, aspen, and birch, are within this property.

Oliver Creek Road (most southern entrance from Cedarvale), an old mining road, takes you to a spectacular unspoiled alpine basin where ‘small footprint’ camping is permitted.

Watson Lakes Trail (just to the south) has a rough gravel road and continues with a hiking trail. This trail ends at three small Lakes, including Watson Lake, which is known for fishing. Camping is also permitted.

Whiskey Creek Trail (just to the north) is a relatively easy trail leading through mature forests and creeks. Past trails end, mountaineering/rock climbing, is the way to continue.

Snowmobiling and off-roading within designated boundaries are popular and offer excellent exploration and exhilaration ranges.

The Kitwanga Mountain Provincial Park offers an environment of its own. The mountain top is above the treeline and, to this day, remains in a perfectly natural state. The trail's reward is an excellent view of the Seven Sisters Peaks up and down the Skeena Valley for hikers.

Horseback riding is not permitted on the mountain trail due to the steep inclines however is permitted in other lower park areas.

Mountain biking is limited to roadways.

The Skeena River, a mighty river, originates south of the Spatsizi Plateau Wilderness Provincial Park in the northwestern and flows to the Pacific Ocean. Five species of salmon are in this river, along with steelhead. Fisheries regulations need consulting before heading out for the big catch. Taking in the beauty of the whole Skeena Valley by boating, floating, or paddling provides an excellent way to relish the day.

Cedarvale was initially on the west side of the Skeena as a railway station of the Grand Trunk Pacific Railway and nearby post office in 1910. Cedarvale is now on the east side of the river along the Yellowhead Highway.

The area around the Seven Sisters mountain range has stimulated interest in mineral exploration since the late 1920s. Discoveries included veins with gold, silver, lead, and zinc, all in Oliver Creek's headwaters. Several log cabins facilitated exploration at the time. After a hiatus, exploration continued between 1968 and 1983, including aeromagnetic, gravity, magnetic and geochemical surveys and trenching to expose bedrock in areas of interest. No mineral occurrences were economically viable for mining. The only remnant of the area’s mining exploration history is the roads (Oliver Creek Trail and Coyote Creek Trail) and a few dilapidated buildings outside the Protected Area at the abandoned Magnetron Site on the Coyote Creek Trail.

Kitwanga Mountain Provincial Park was established in 1997, having 720 hectares. North of Cedarvale, the mountains are in the Nass Range near Kitwanga. The trail rebuilt through a joint project by BC Parks and volunteers from Round Square International Schools at Soaring Spirits Camp.

The Skeena River is the second-longest river entirely within BC (after the Fraser River). Since ancient times, the Skeena has been a vital transportation artery, particularly for the Tsimshian and the Gitxsan—whose names mean ‘inside the Skeena River’ and ‘people of the Skeena River, respectively. The river and its basin have historically sustained a wide variety of fish, wildlife, vegetation, and communities native to the area depend on the river's health. 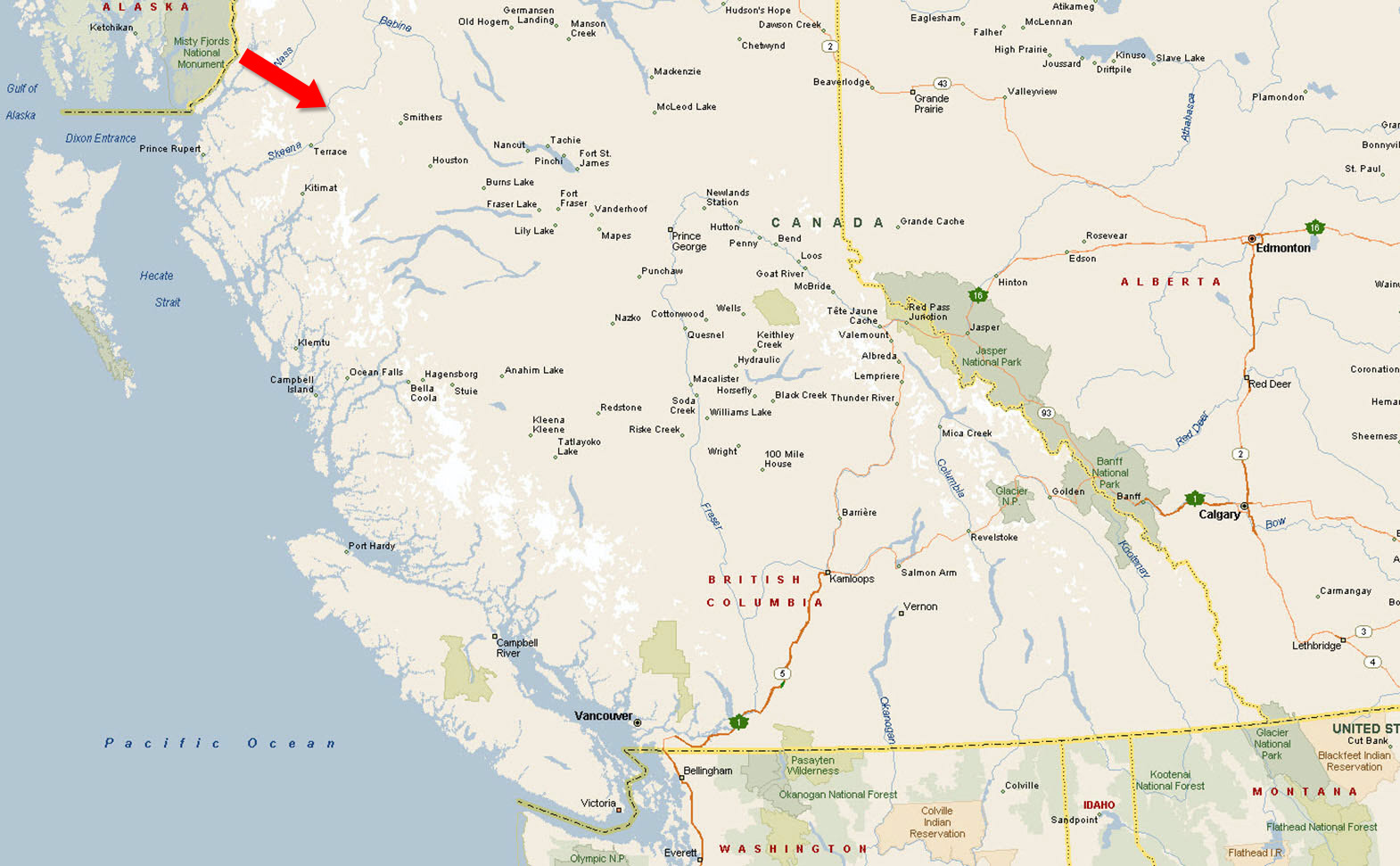 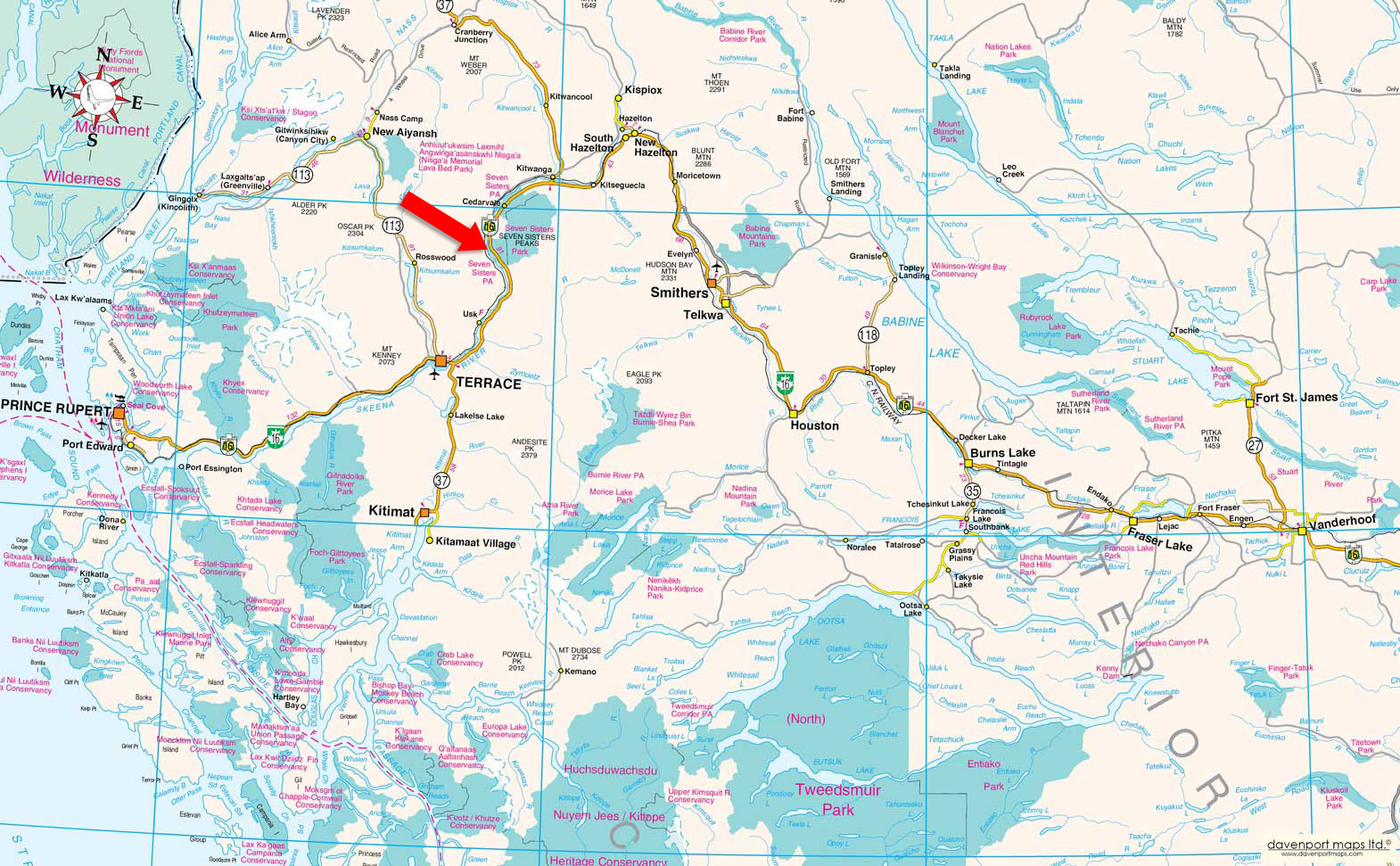 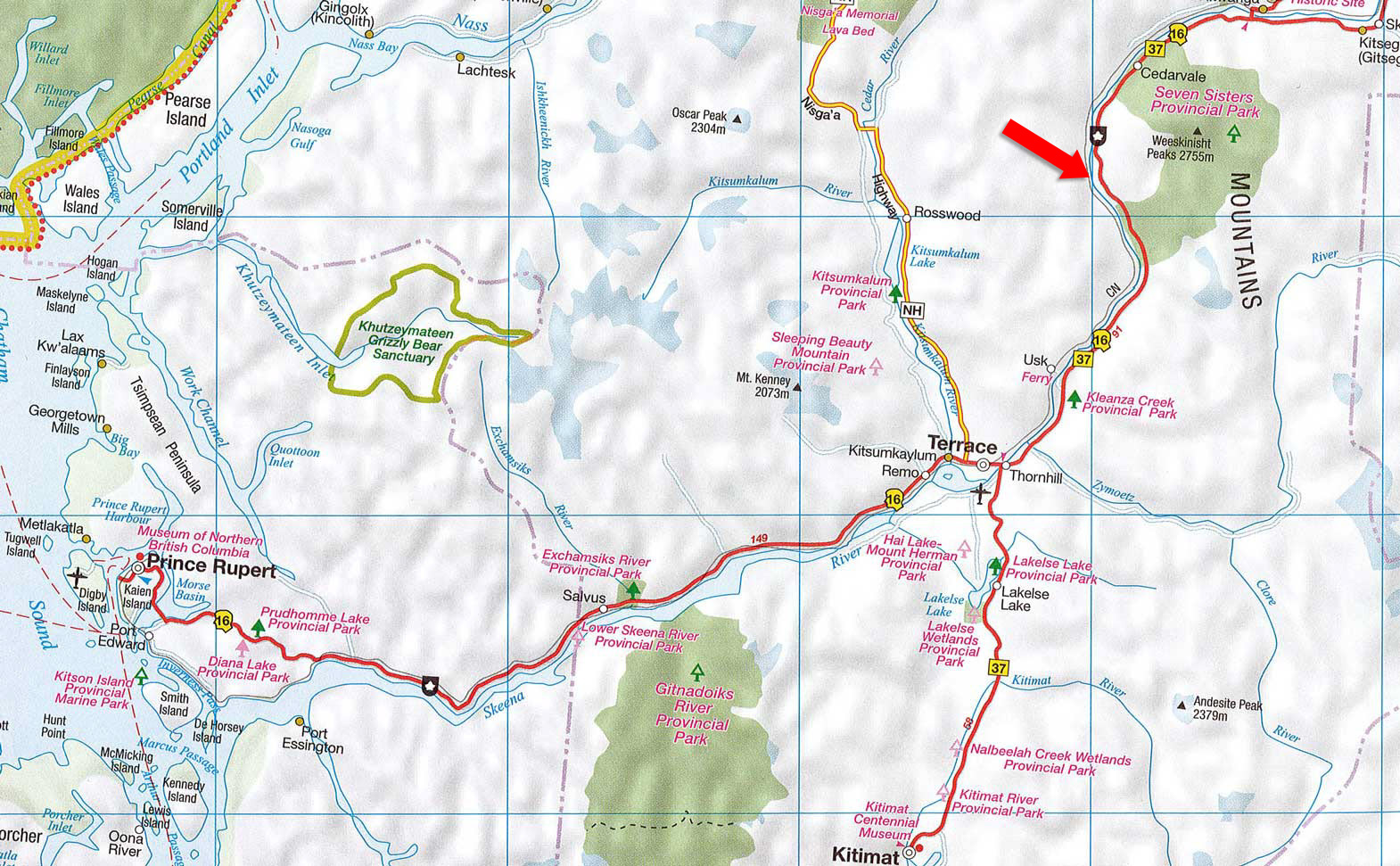 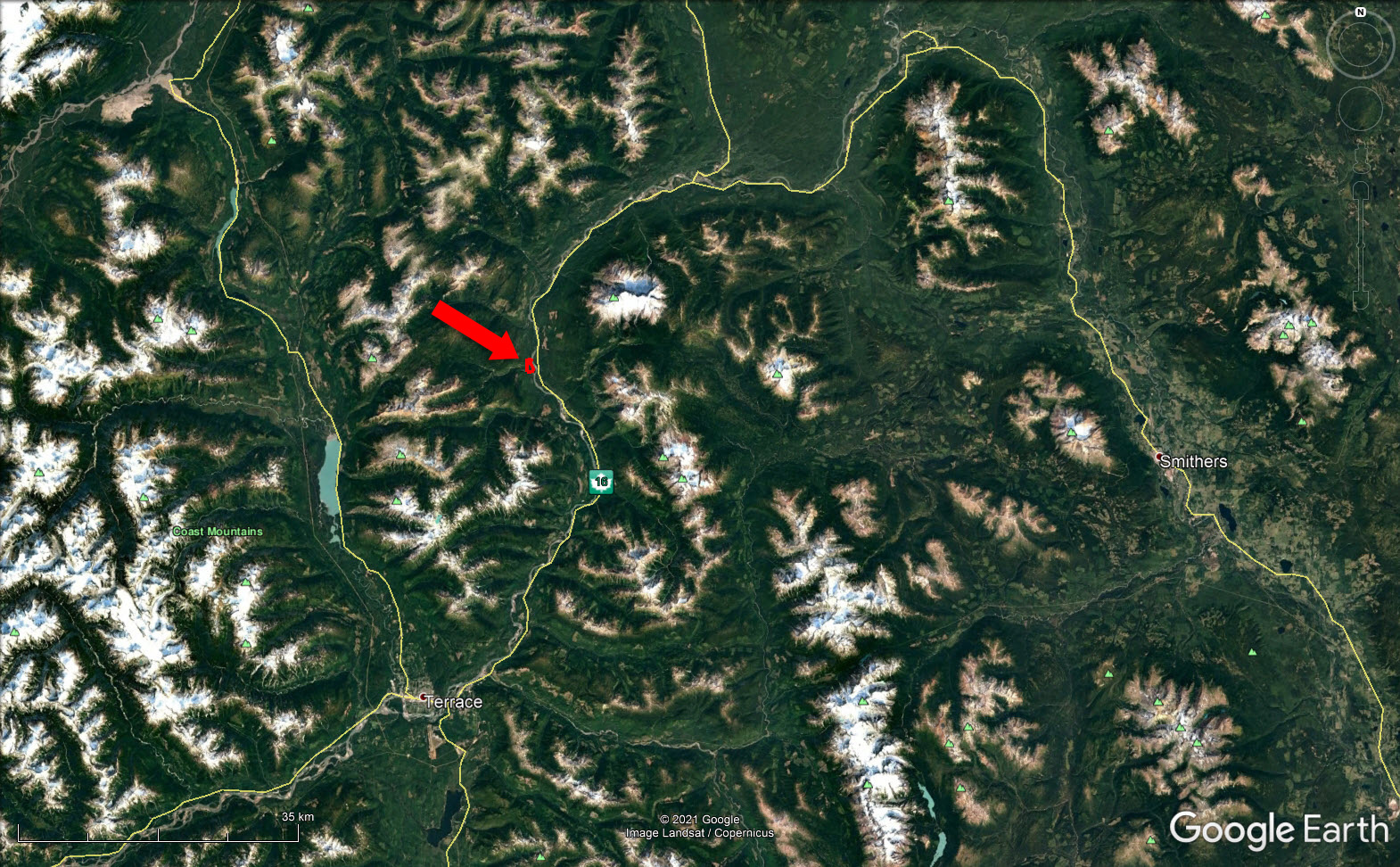 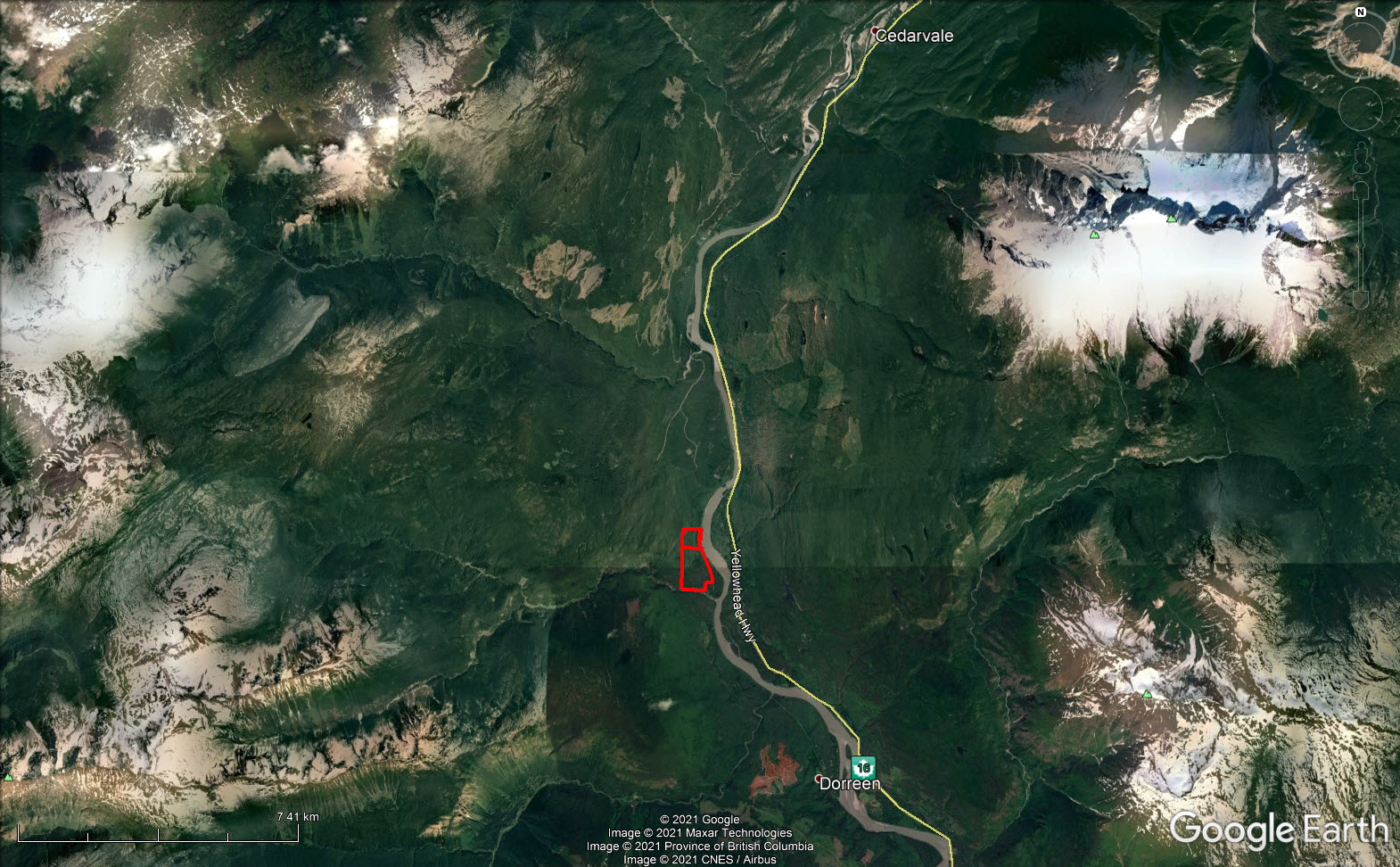 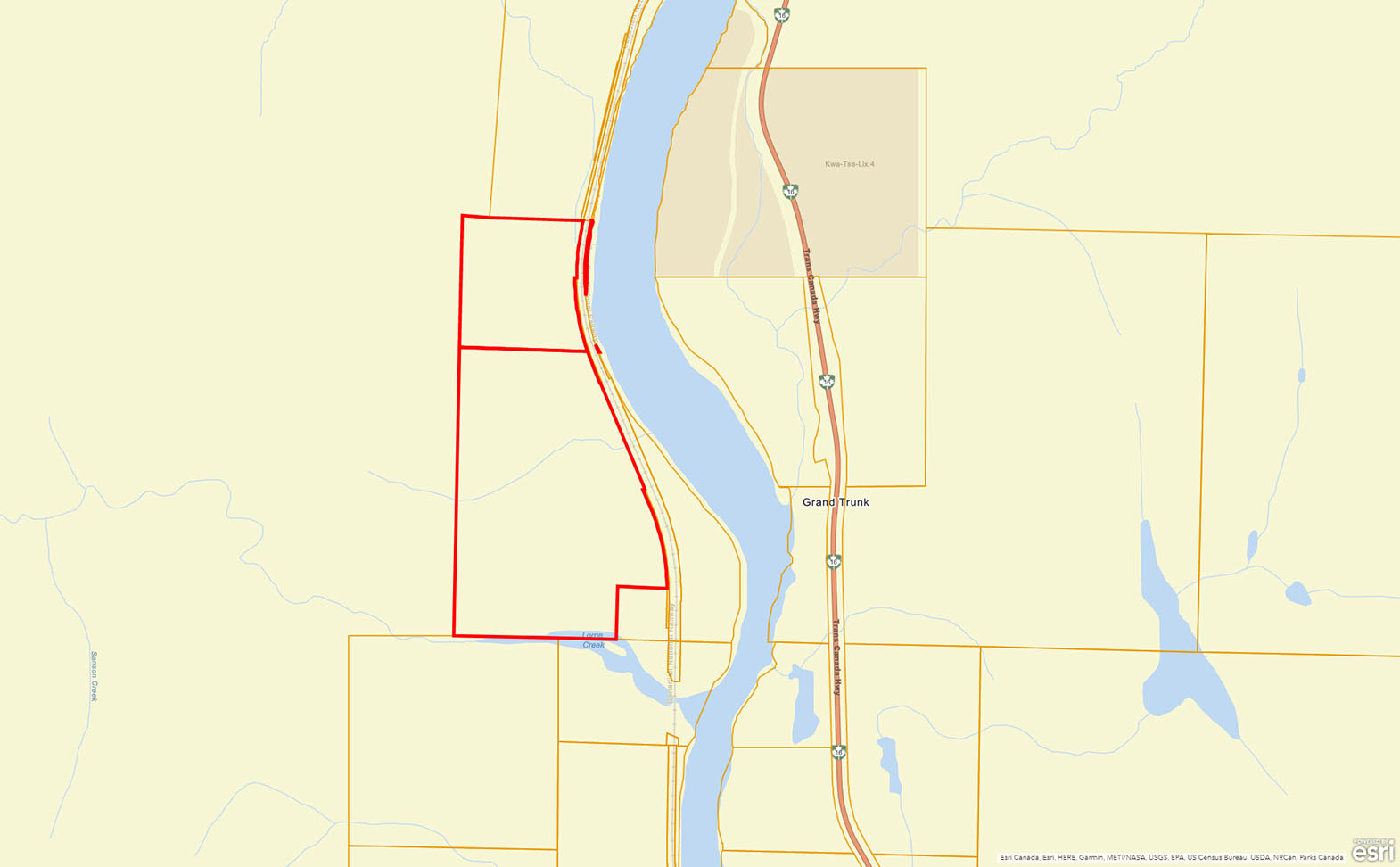 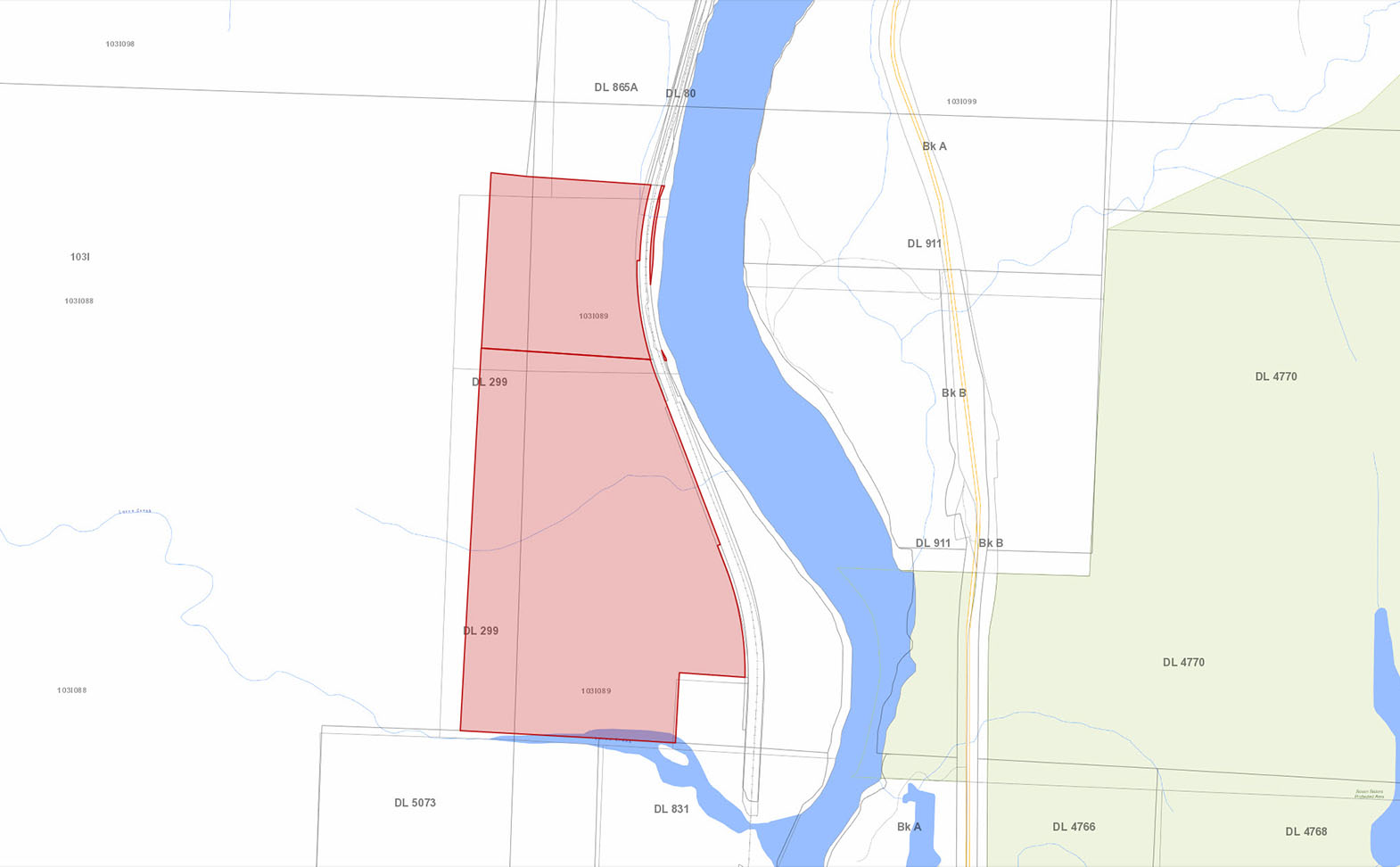 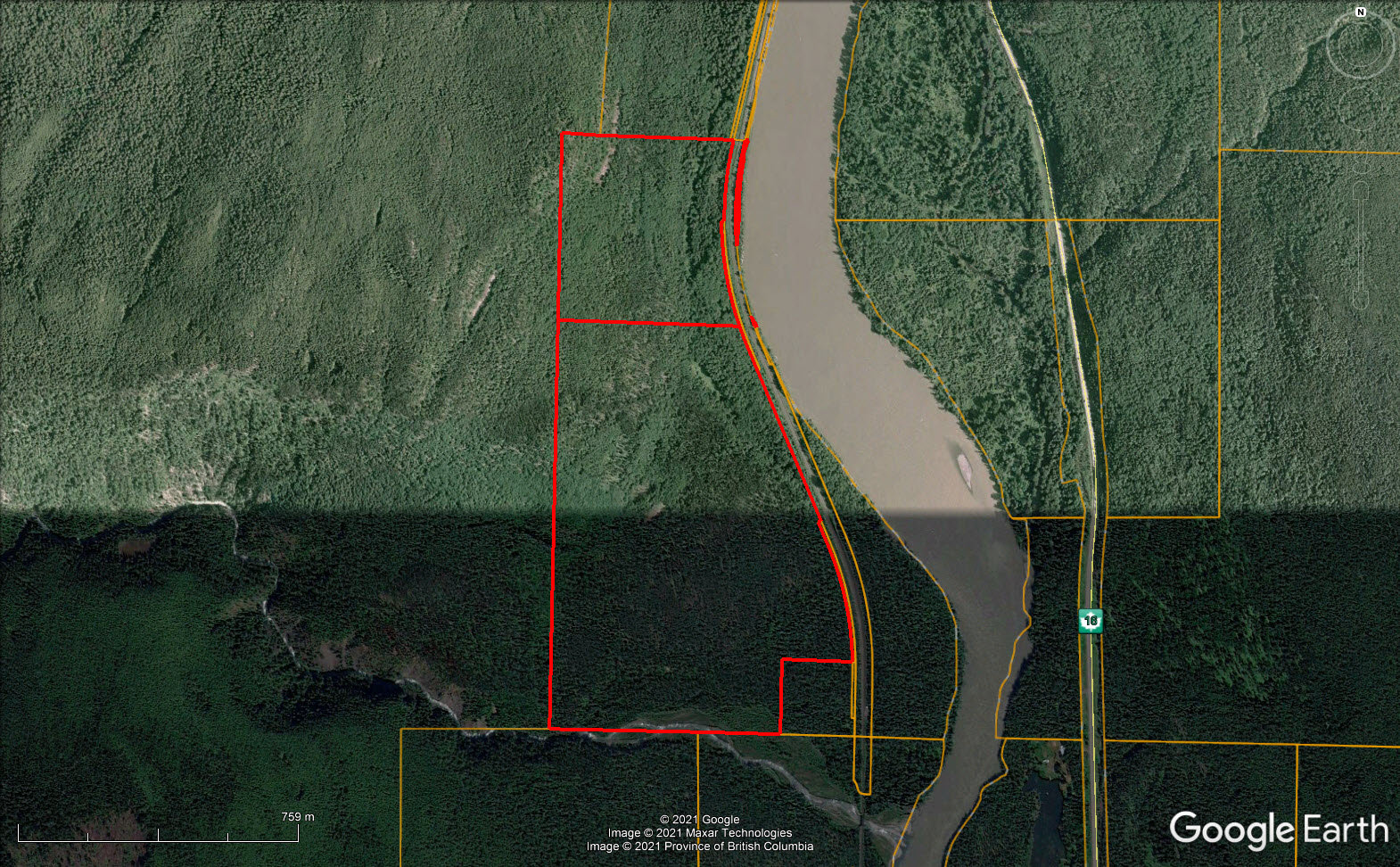