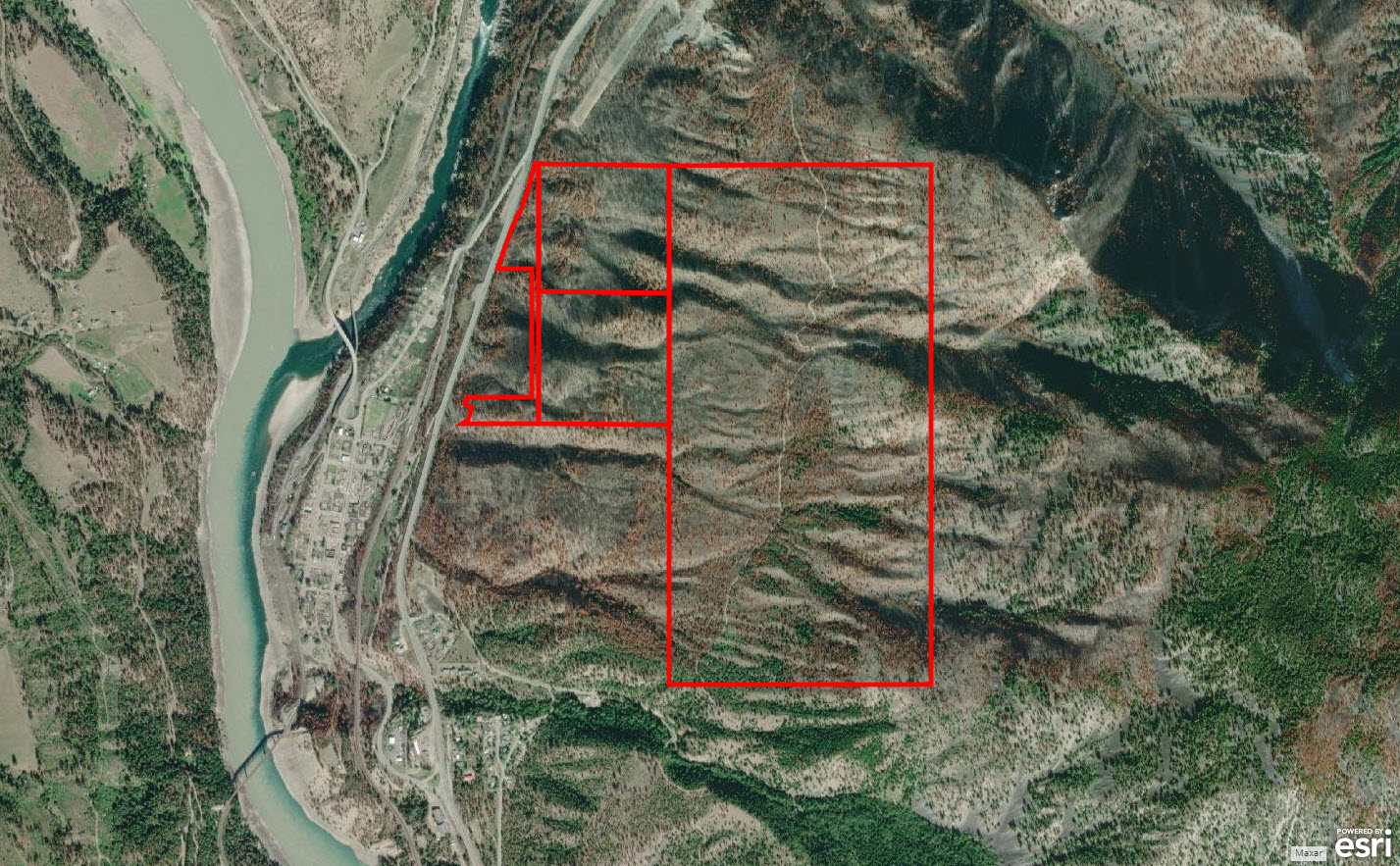 420 acres in 4 titles with views of the Fraser River and mountains beyond. Frontage on Highway 1. Boarders the village of Lytton, outside the ALR & zoned residential. Opportunity for future development. Majority affected by Lytton fire in 2021. Tons of wildlife. Backs onto Crown land. 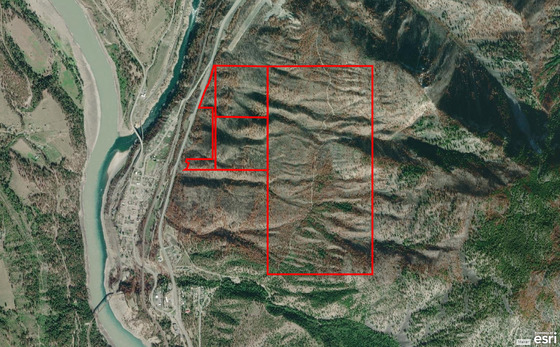 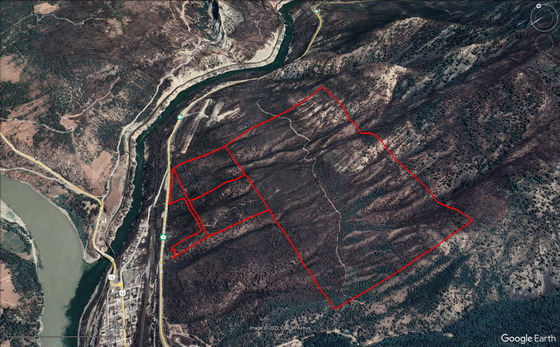 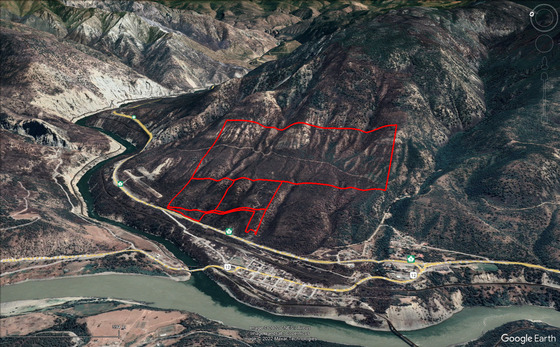 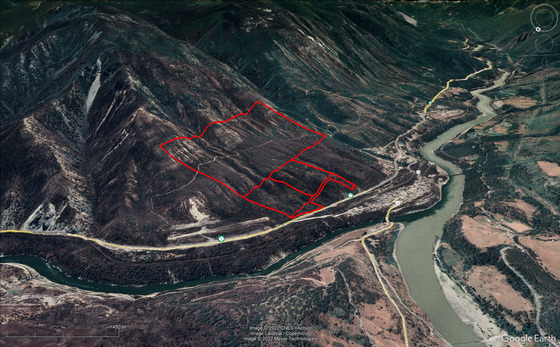 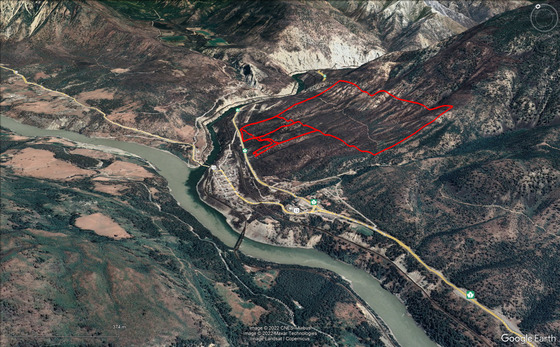 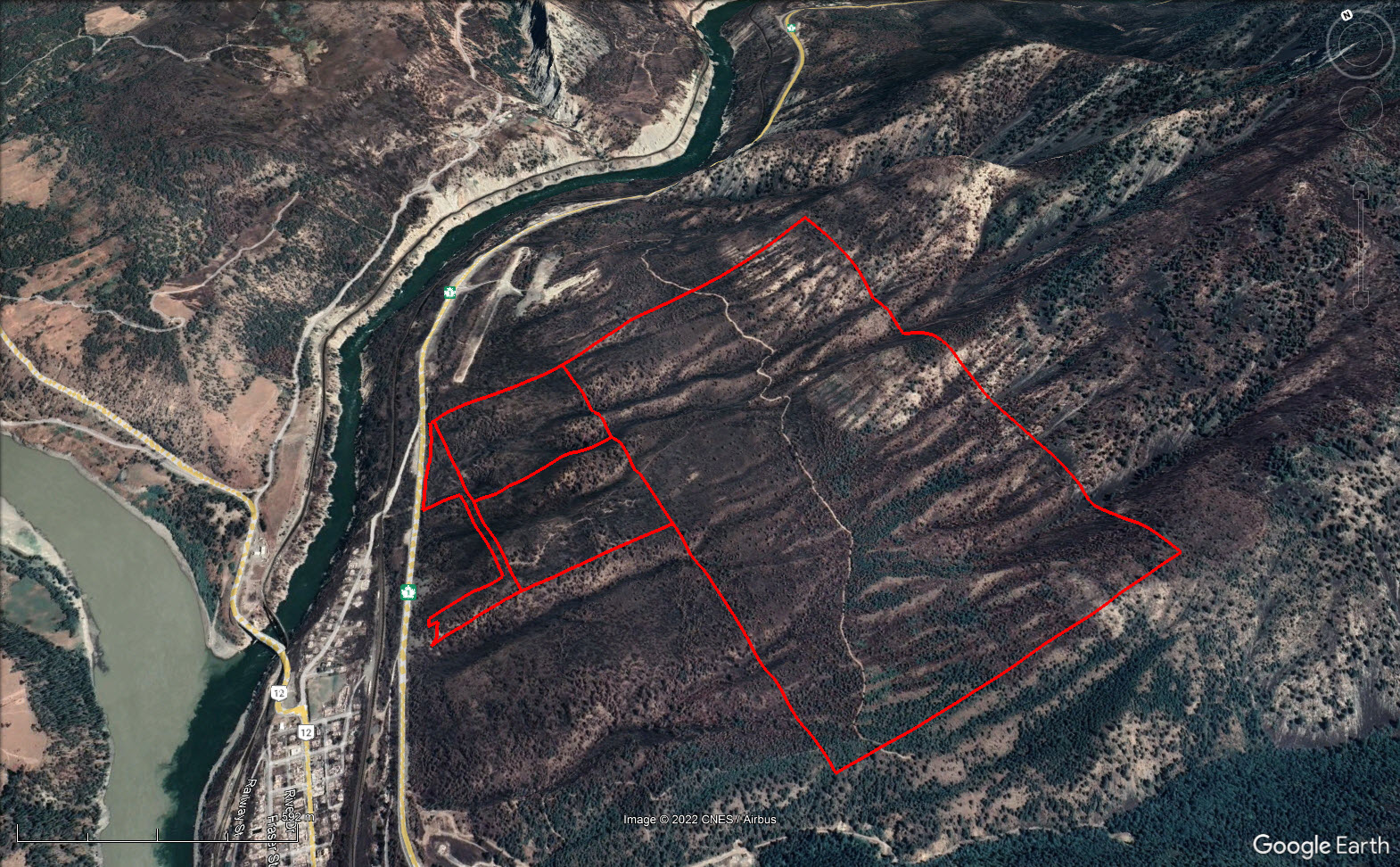 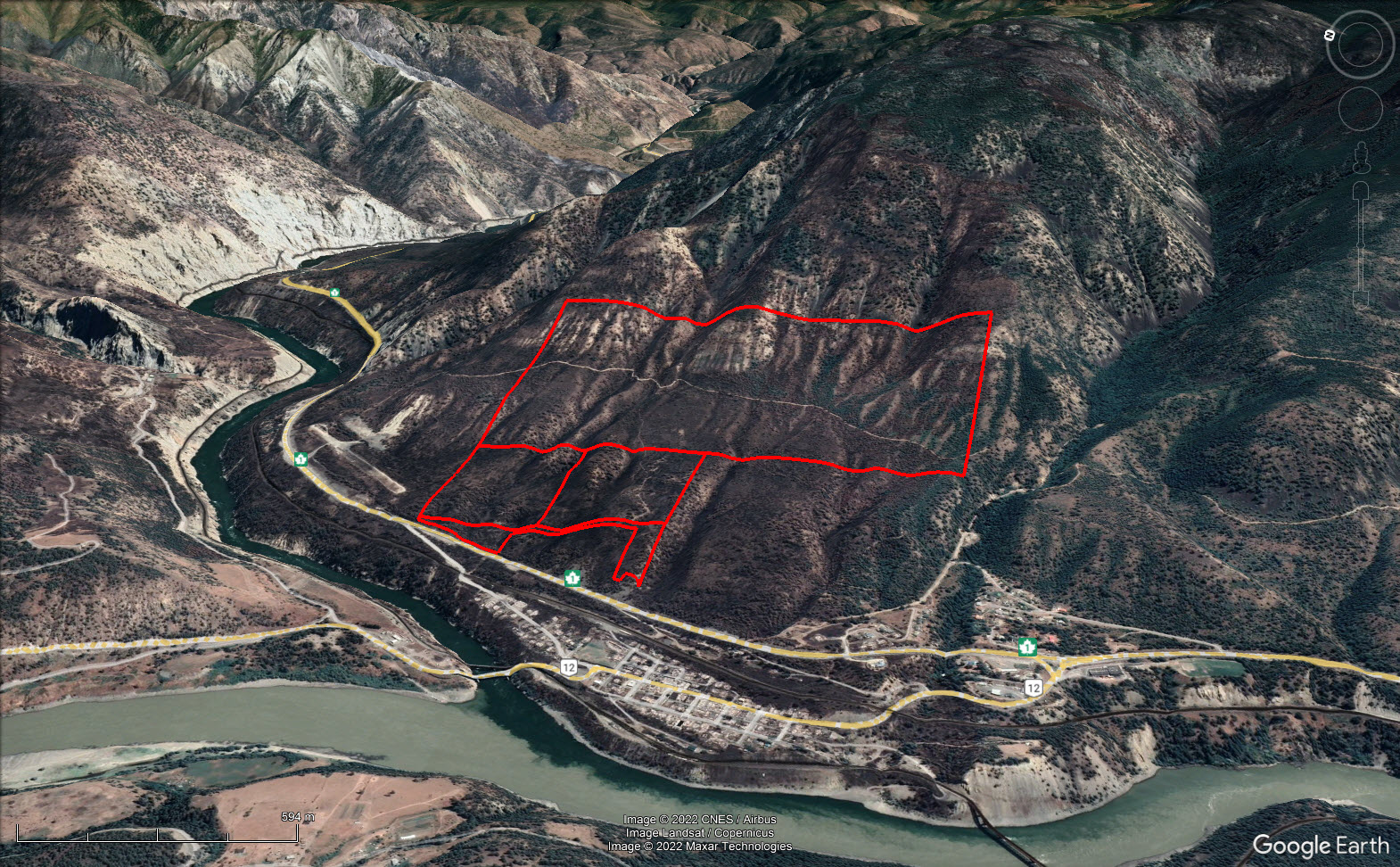 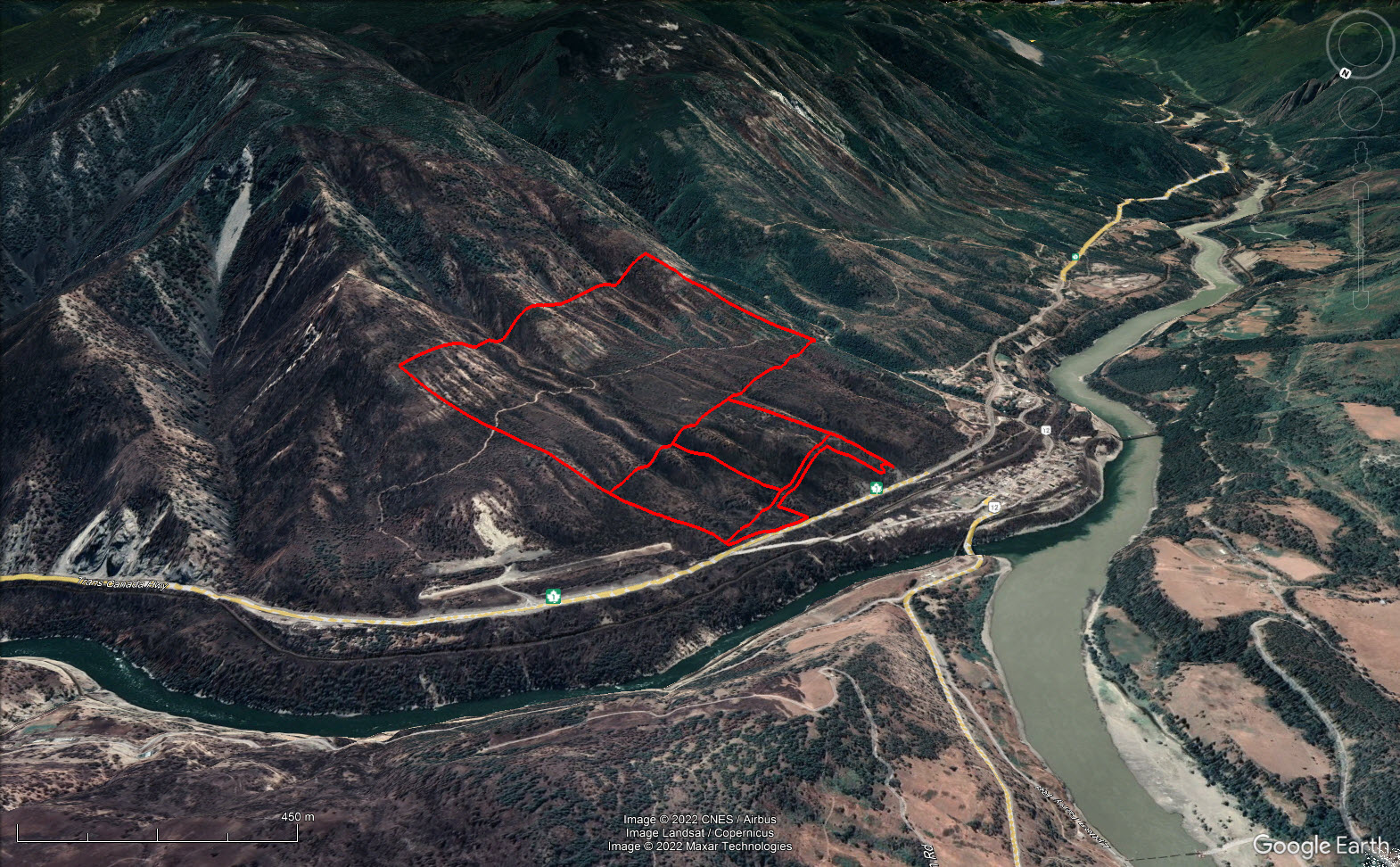 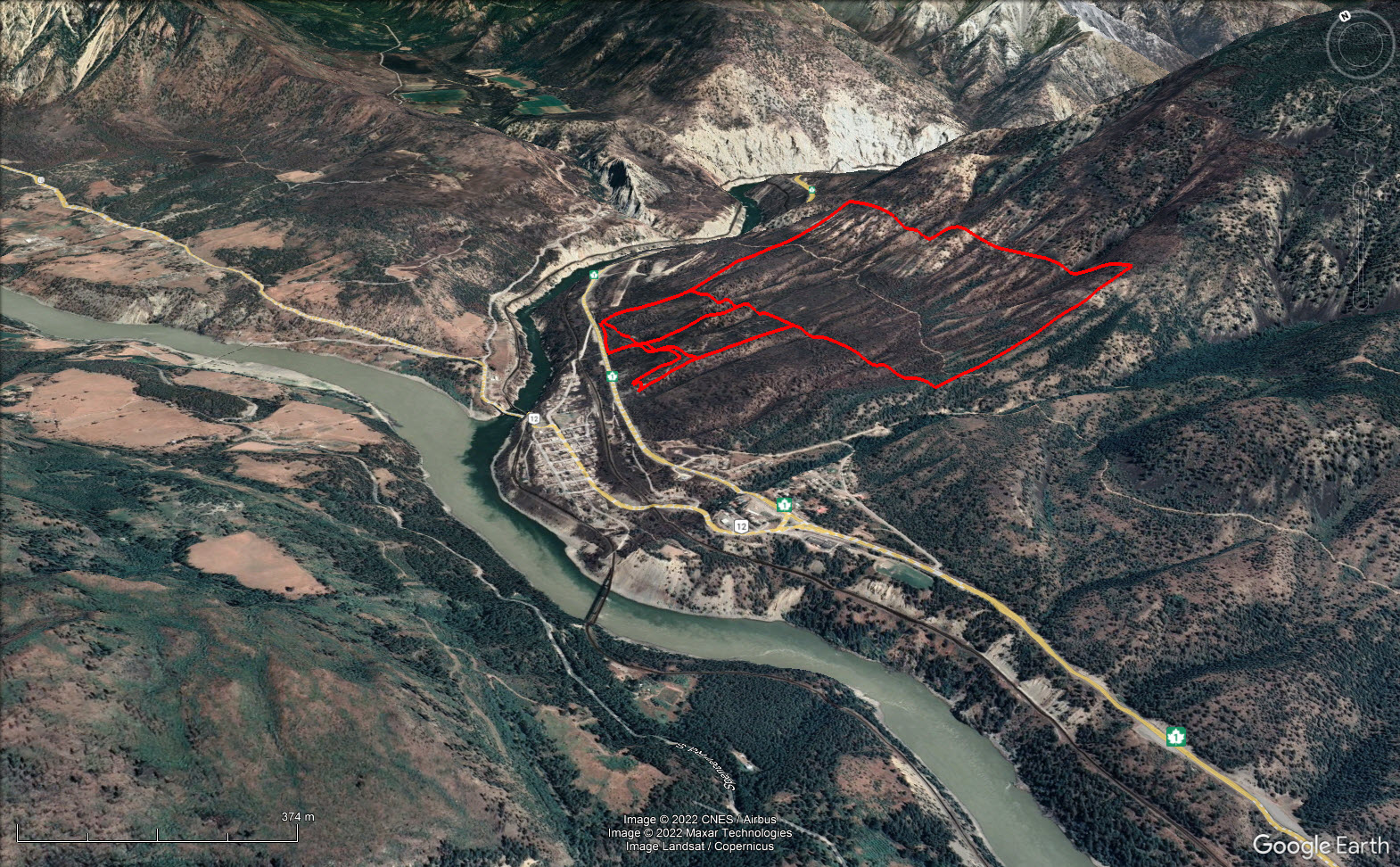 This acreage bordering the town of Lytton is an excellent investment. A sprawling 420-acre property in 4 separate titles with spectacular views up and down the Fraser River canyon and to the mountains beyond. The property has significant frontage along Highway 1 on the west side. The best access the property turns east off Highway 1 on Airport Road and then runs through the airstrip and proceeds up the mountain through the adjacent Crown land coming into the north side of the property. Please note that this access is unmaintained and access in the winter months would be by snowmobile only. It appears there may be another access road directly off Highway 1 about 1 km south from Airport Road. The current owner has not looked into whether this access point could be further developed. There is a network of logging roads and ATV trails that run throughout the acreage.

The property is completely outside the ALR and zoned rural residential. Given the property’s close proximity to Lytton there is an excellent opportunity for future development. The property slopes significantly from east to west which provides the entire acreage with a sunny southwest exposure. The climate in the area is extremely dry and warm and is commonly one of the hottest locations in Canada.

Please note that the majority of this acreage was affected by the Lytton Creek fire in 2021. This acreage backs onto Crown land on the north, the south and east sides with literally thousands of acres to explore. The property has an amazing array of wildlife with a large herd of elk frequenting the property, mule deer, black bears and grouse.

An affordable large acreage in close proximity to town presents an excellent opportunity for any investor with an eye towards the medium to long term. Call the listing REALTOR® today for more information or to book a time to go by for a look.

The Village of Lytton is a village of about 250 residents and is located at the junction of the Thompson and Fraser Rivers in southern British Columbia.

The community includes the Village of Lytton and the surrounding community of the Lytton First Nation, Siska, Skuppah, Kanaka Bar and Nicomen Indian Bands, whose name for the place is Camchin, also spelled Kumsheen ("river meeting").

It is one of the longest continuously inhabited areas in North America. Lytton is currently rebuilding after the June 30, 2021, Lytton Creek Fire which destroyed over 90 percent of the village.

Lytton's climate is also characterised by relatively short and mild winters (although average monthly temperatures in December and January are just below freezing), with Pacific maritime influence during the winter ensuring thick cloud cover much of the time. Cold snaps originating from arctic outflow occur from time to time, but tend to be short-lived, and mountains to the north block extreme cold from penetrating the Fraser Canyon.

Open coniferous forests of Douglas fir and ponderosa pine dominate the slopes around Lytton. Some black cottonwood is scattered among the conifers. Bunchgrass dominates the forest floor. Non-native trees cultivated in Lytton include black locust and Manitoba maple.

A provincial campsite, Skihist Provincial Park, adjacent to the Trans-Canada Highway six kilometres north of the village, has space for tenting as well as RVs and enjoys one of the few views available of Skihist Mountain, the highest summit of the Lillooet Ranges, across the Fraser to the west of Lytton.

Sightseeing and historical tours: this is a must-see for railway enthusiasts. Inside the caboose is a model railway layout of the rail lines running from Siska to Lytton, including famous bridges. Visitors can also view fascinating railway memorabilia and photographs.

The Lytton Museum and Archives occupy a former Canadian National Railway residence built in 1942. The museum has an impressive collection of local historical artifacts, including over 2,000 photos illustrating the history of the area.

The Lytton Jelly Roll: this large sand and silt structure represents a fascinating geological discovery that was uncovered in a gravel pit south of Lytton. This rolled layer of silt encased in coarser sands and gravel was formed in the last glaciation 11,000 to 25,000 years ago. The Lytton Jelly Roll is rare because of its size; usually measured in centimetres, this one measures in metres and is one of the largest, if not the largest, formation of its type in the world!

The Lytton area has been inhabited by the First Nations people for over 10,000 years. It was one of the earliest locations occupied by non-Indigenous settlers in the Southern Interior of British Columbia. The town was founded during the Fraser Canyon Gold Rush of 1858–59, when it was known as "The Forks."

For many years, Lytton was a stop on major transportation routes, namely, the River Trail beginning in 1858, Cariboo Wagon Road in 1862, the Canadian Pacific Railway in the 1880s, the Cariboo Highway in the 1920s, and the Trans-Canada Highway in the 1950s. The town is much less important since the construction of the Coquihalla Highway in 1987, which uses a more direct route to the BC Interior.

Novelist Edward Bulwer-Lytton was a friend and contemporary of Charles Dickens. In 1858, gold was discovered in the Nicomen River (ten miles north-east of Lytton, which was known at that time as “The Forks”). The population of the area was flooded overnight with prospectors and miners determined to discover the precious stone. In the same year, Governor James Douglas named the town after Bulwer-Lytton "as a merited compliment and mark of respect."

Power along the highway.

THOSE PORTIONS OF FRACTIONAL LEGAL SUBDIVISIONS 12 AND 13 AS SHOWN ON THE PLAN OF THE SOUTH WEST 1/4 OF TOWNSHIP 15 DATED 3RD MAY,1916 LYING EAST OFTHE RIGHT OF WAY OF THE CANADIAN PACIFIC RAILWAY AS SHOWN ON PLAN 287 CONTAINONG 16.15 ACRES MORE OR LESS, SECTION 6 TOWNSHIP 15 RANGE 26 WEST OF THE 6TH MERIDIAN KAMLOOPS DIVISION YALE DISTRICT EXCEPT PLANS H615 AND H856
PID 010-522-204 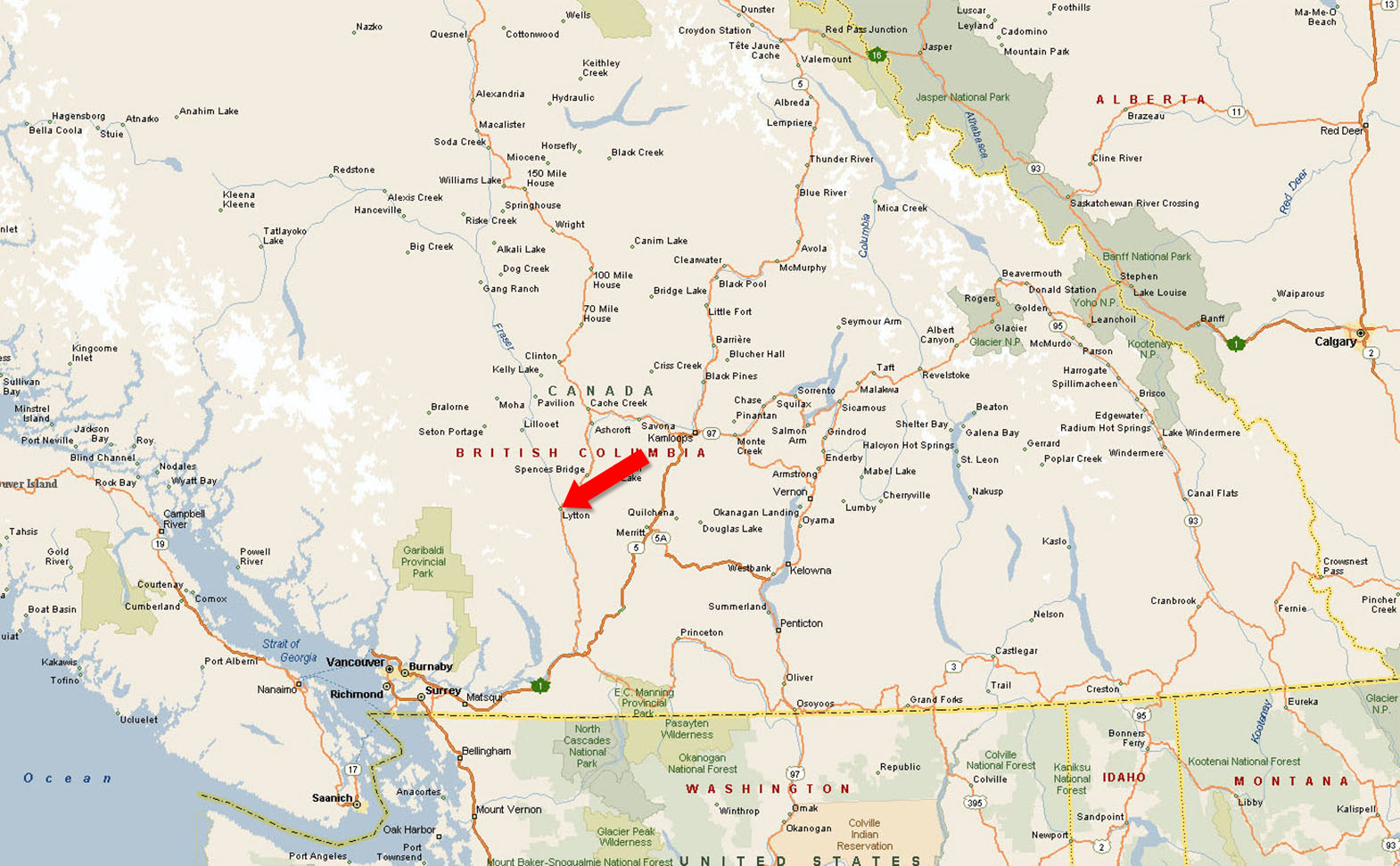 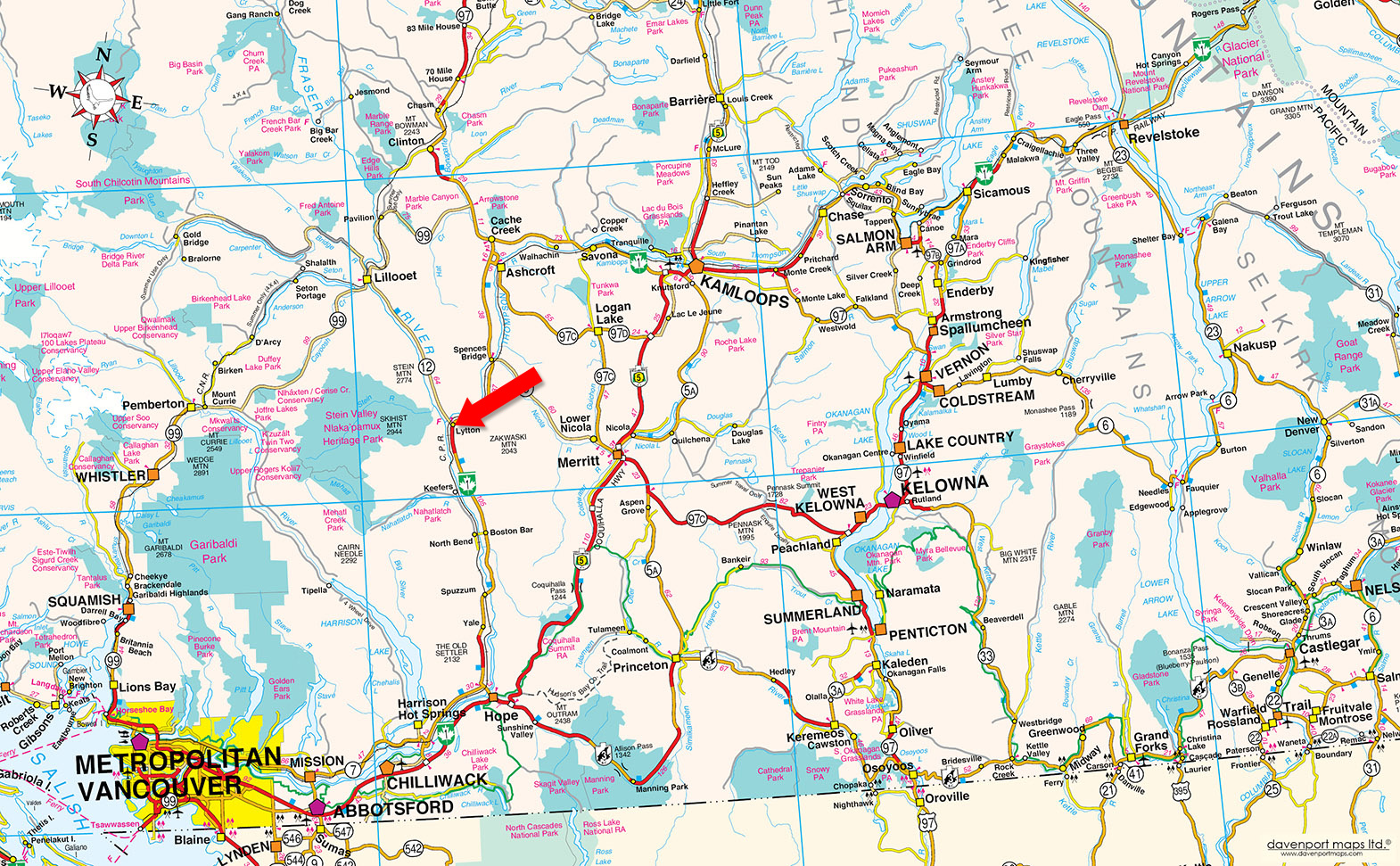 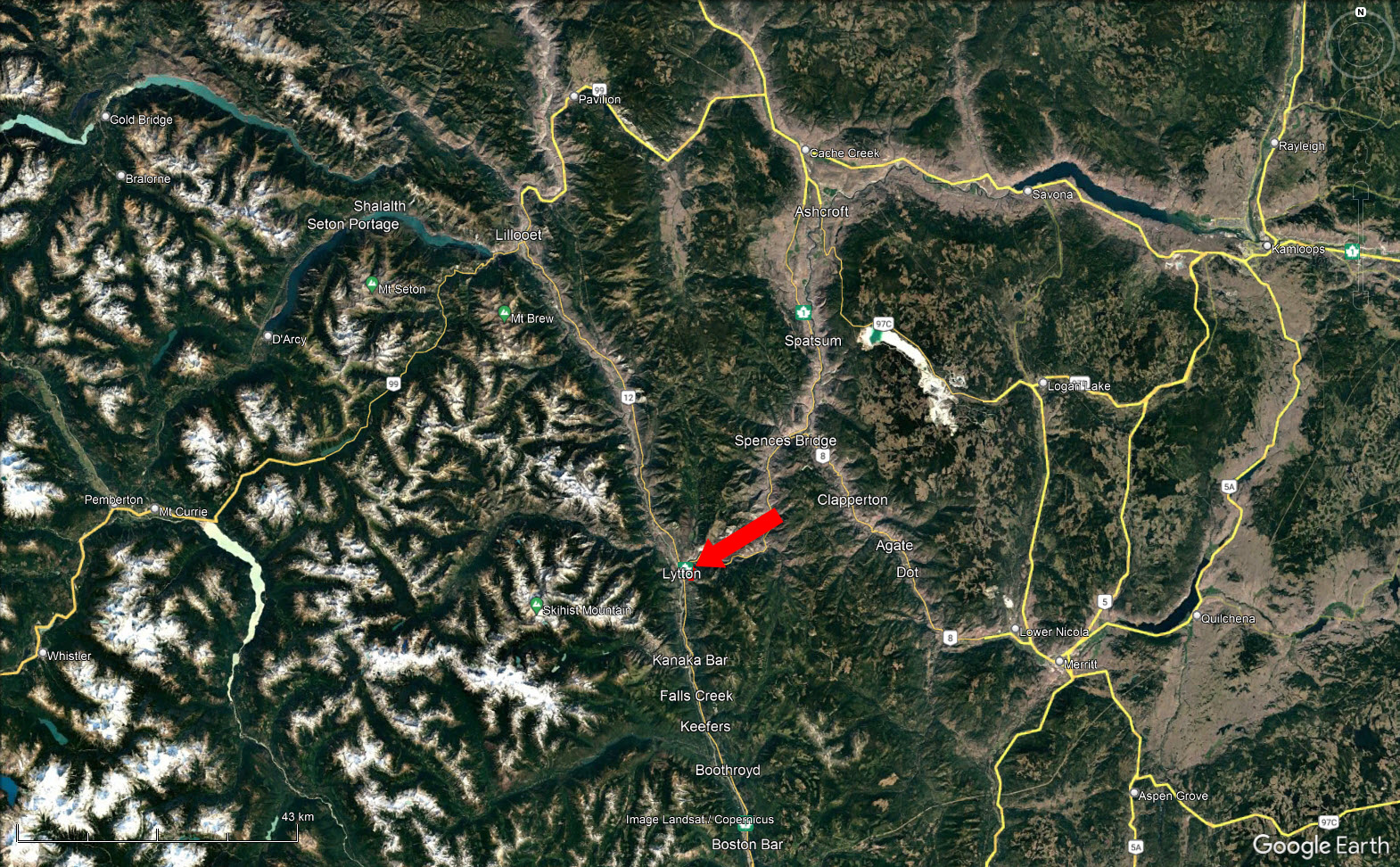 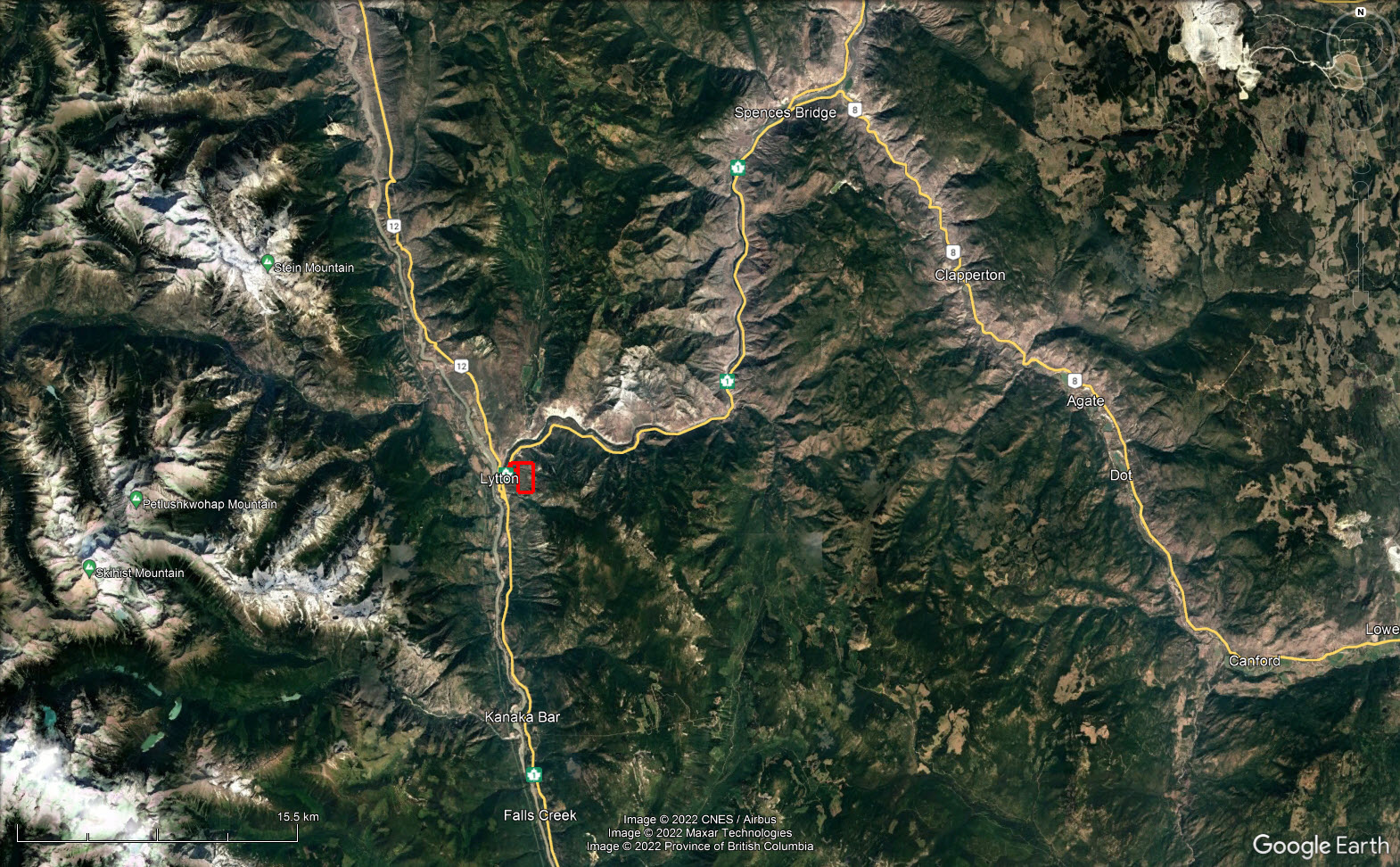 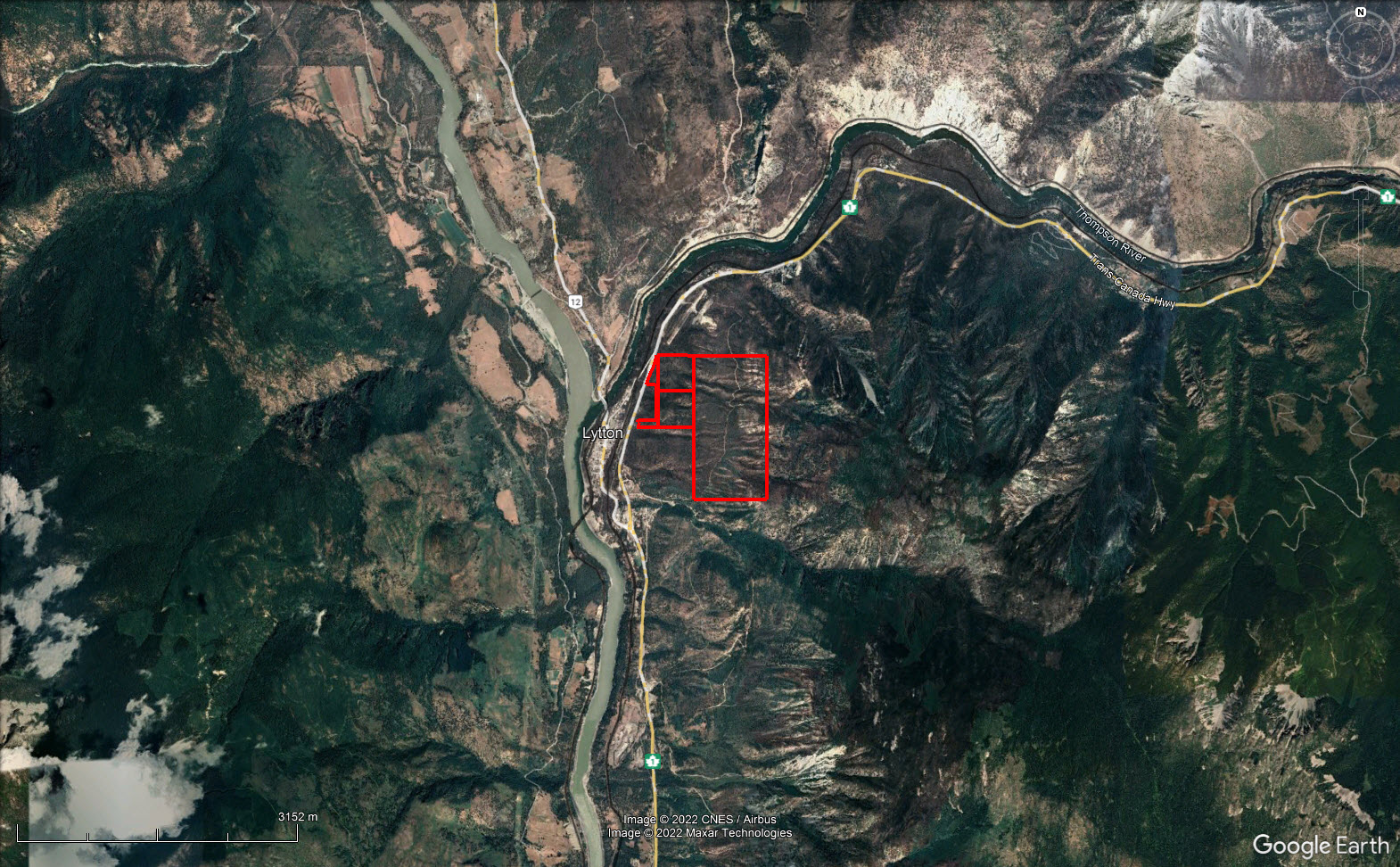 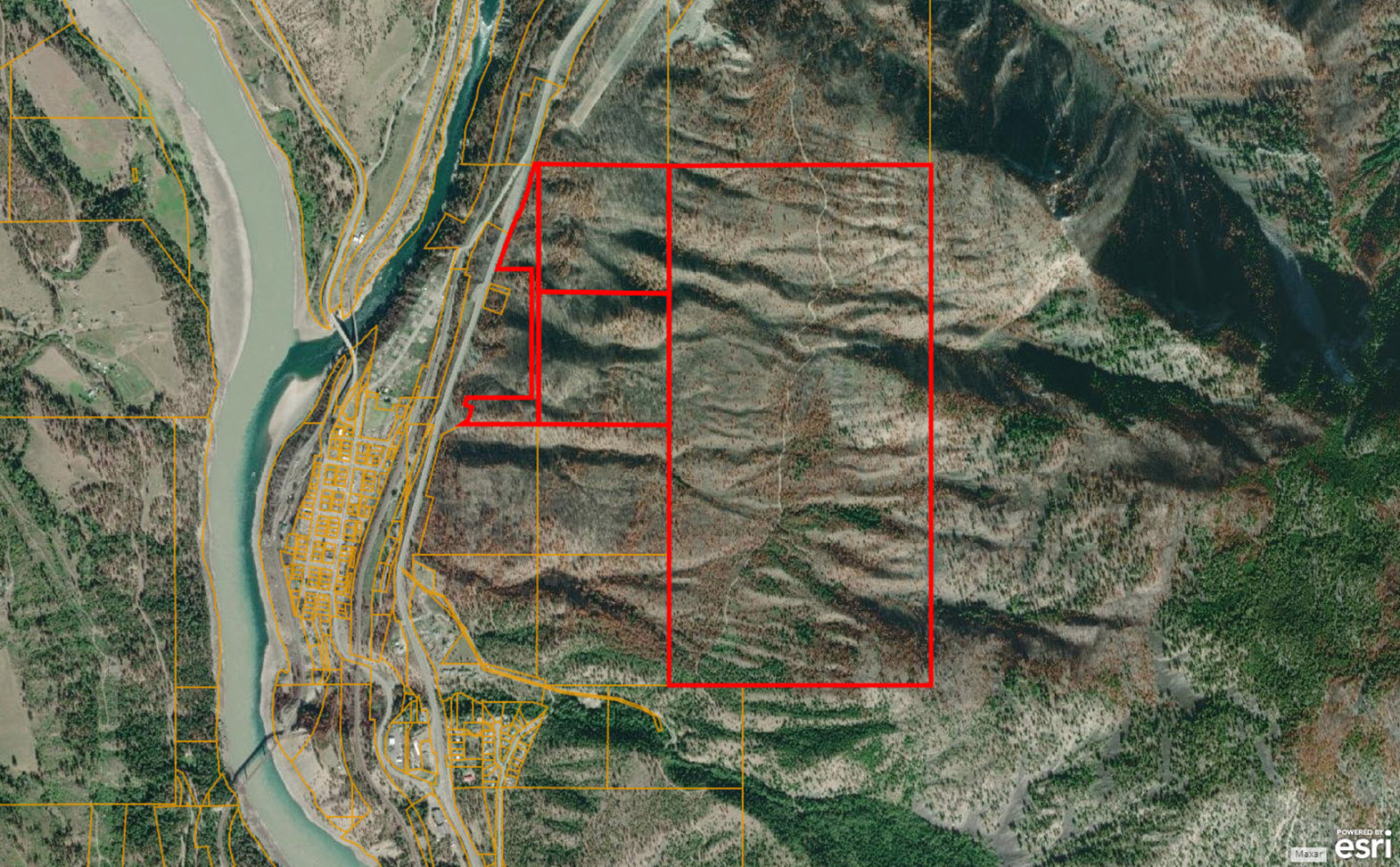 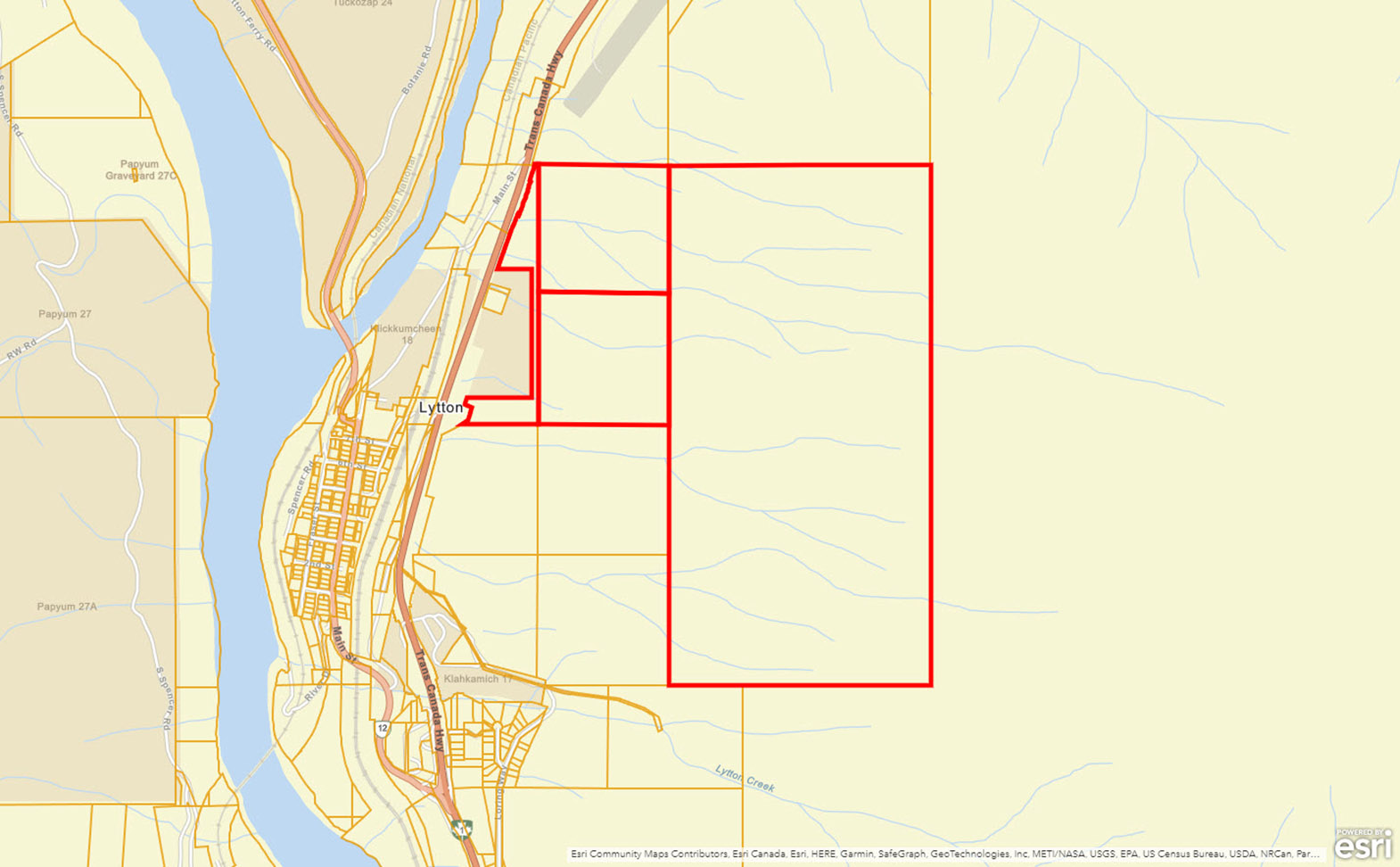 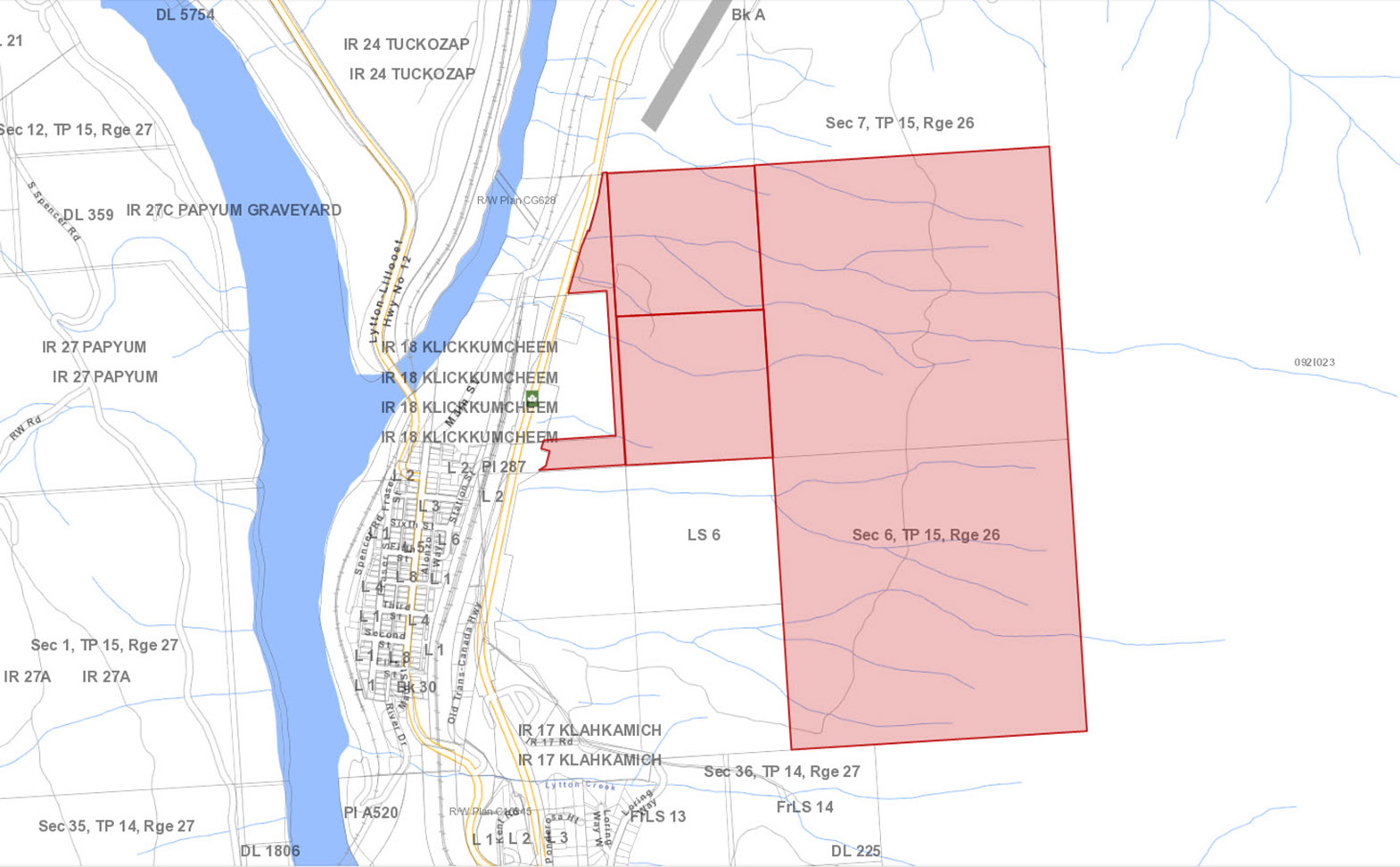