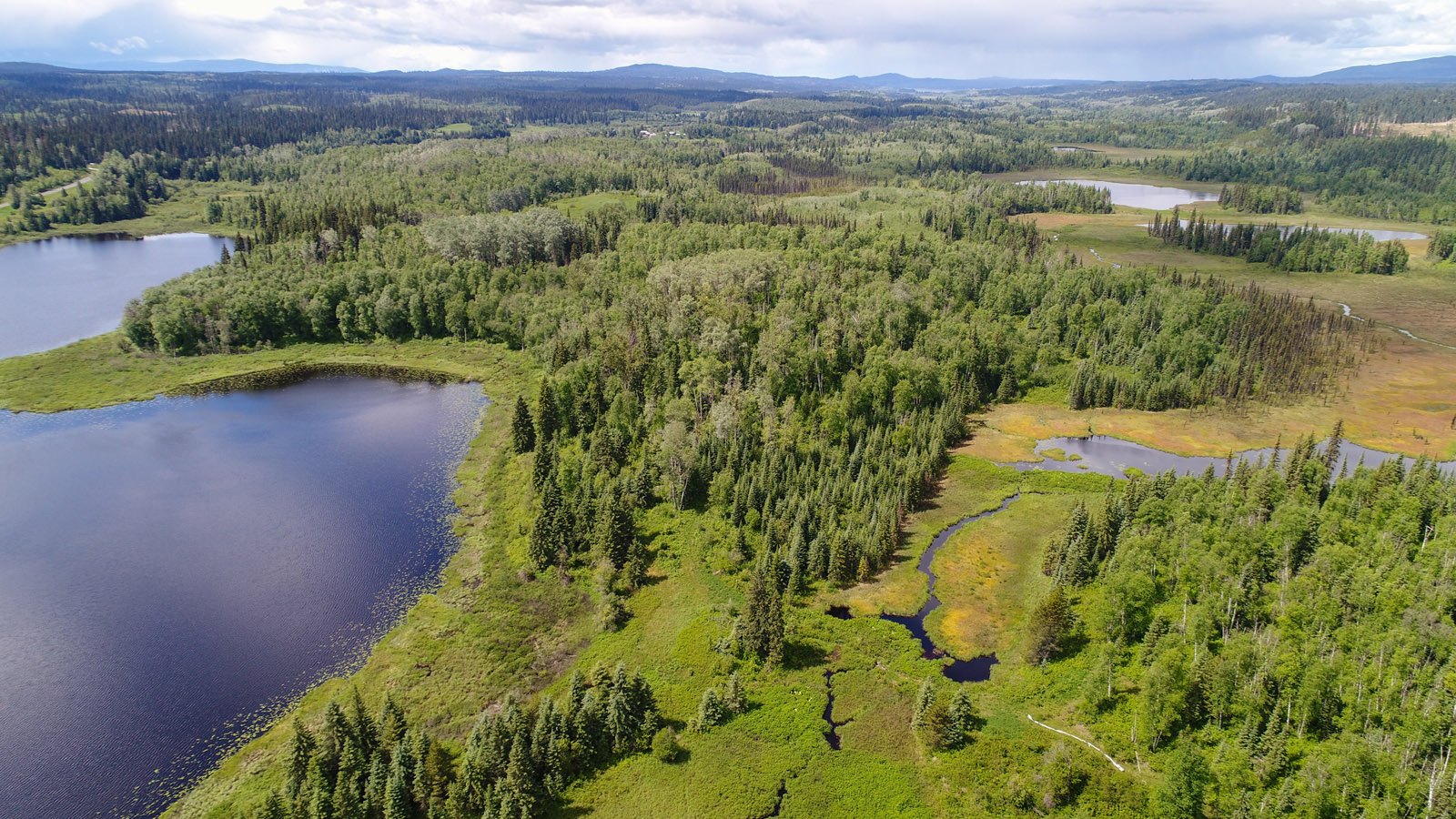 A great lake-front property with over 5,500 feet of shoreline on Aleza Lake. This 169-acre private paradise offers wooded areas with elevated buildings sites, cranberry bogs and a 16-acre small lake almost completely within the property. 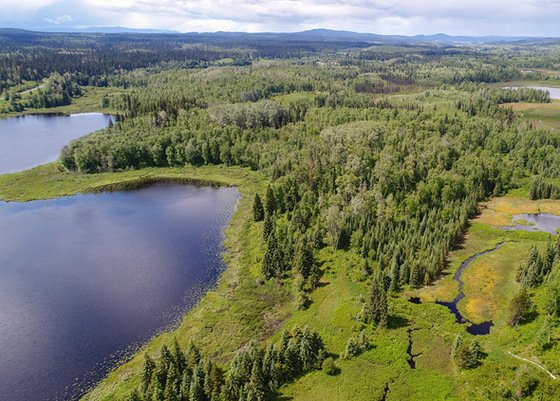 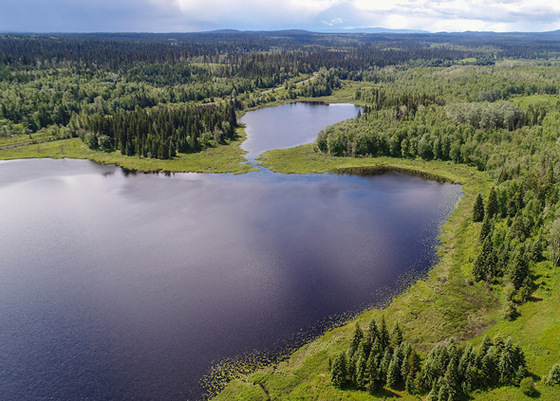 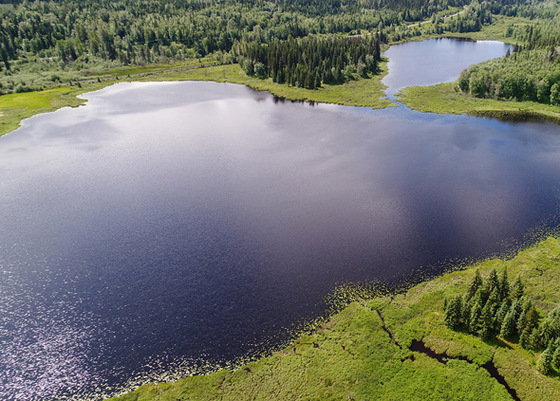 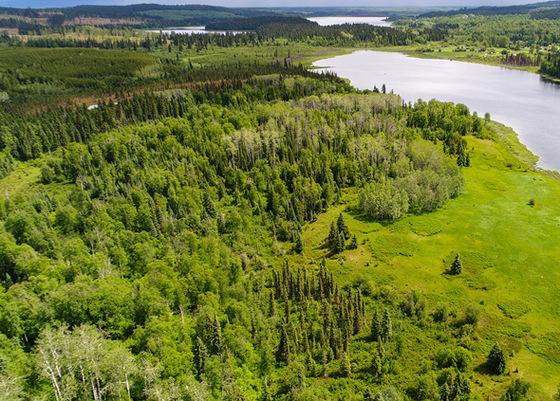 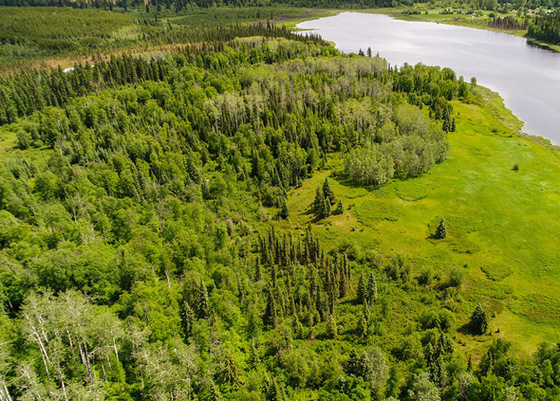 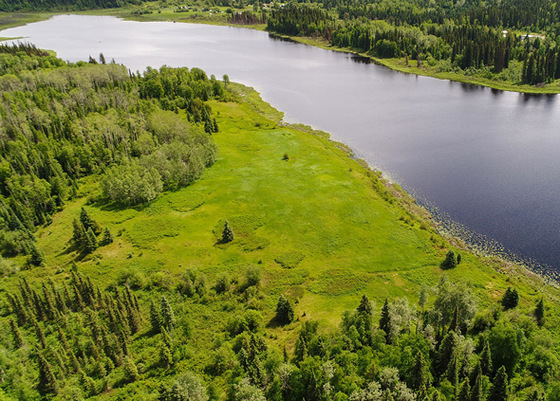 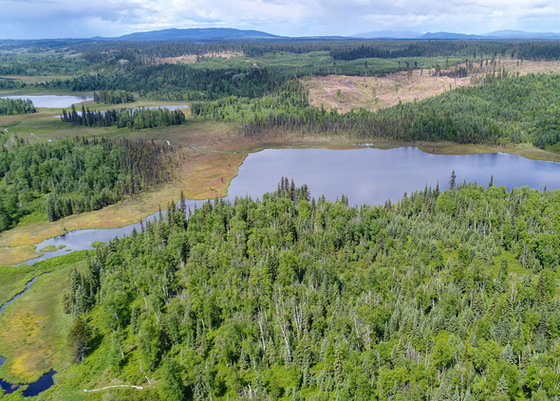 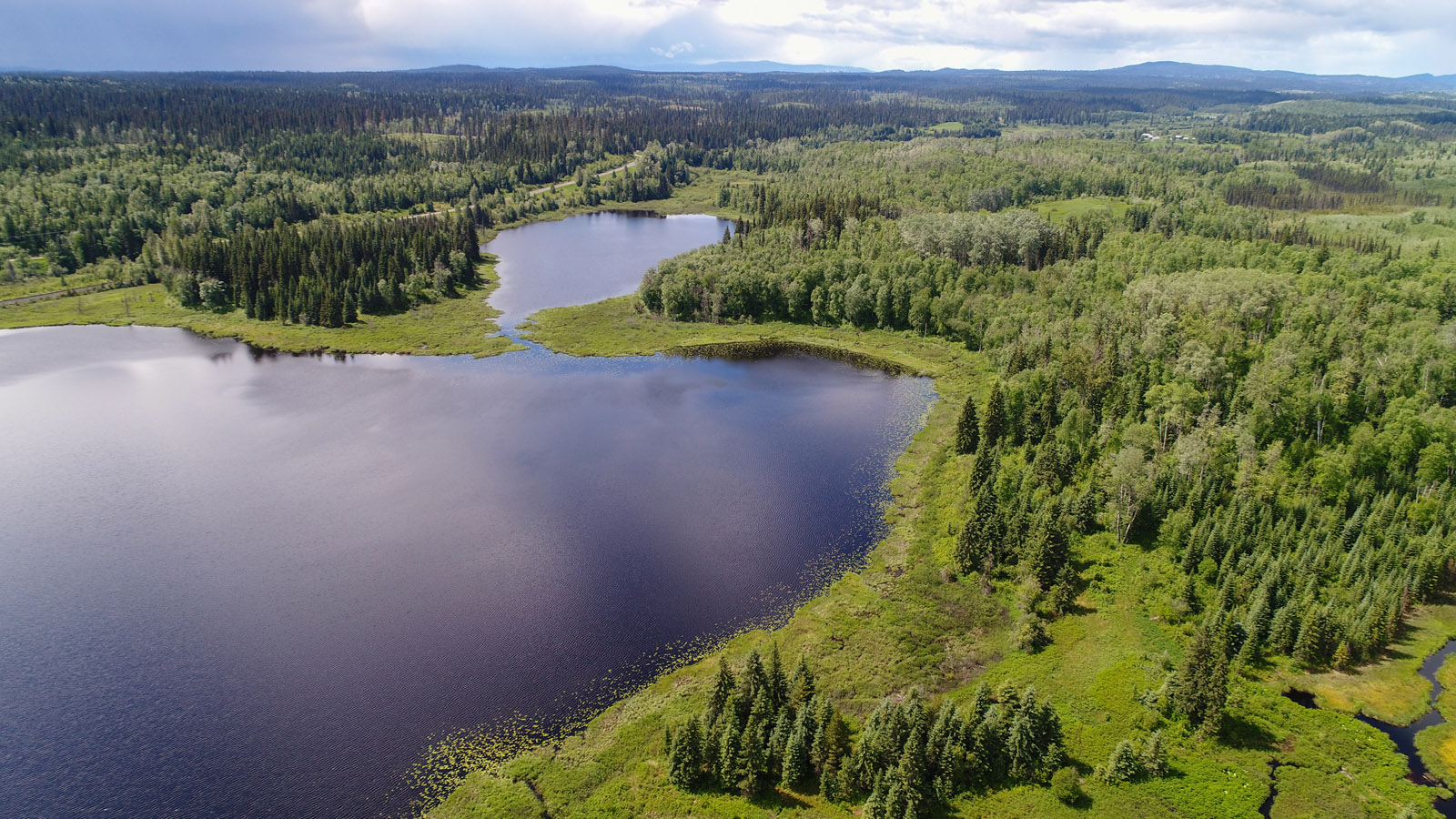 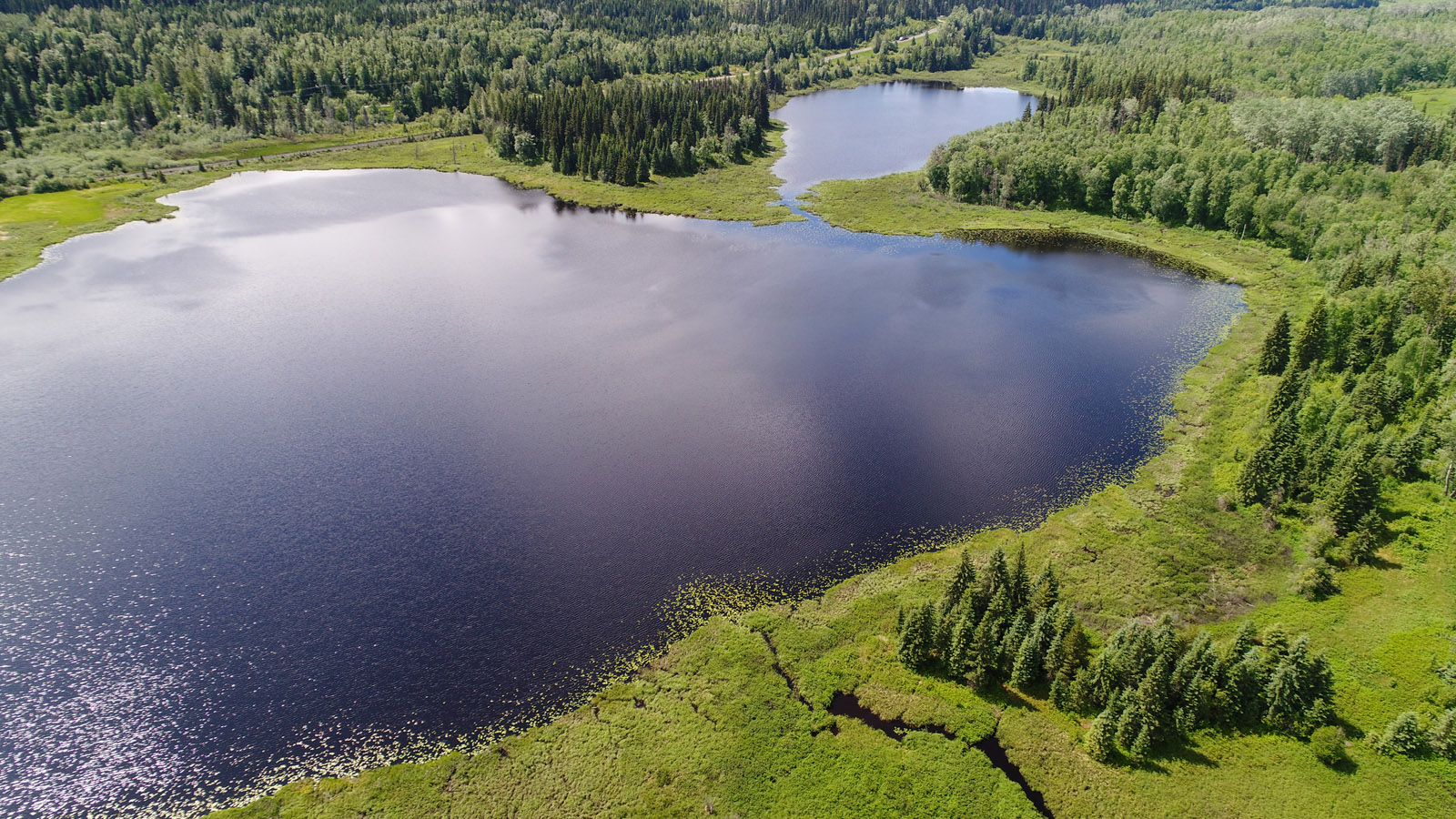 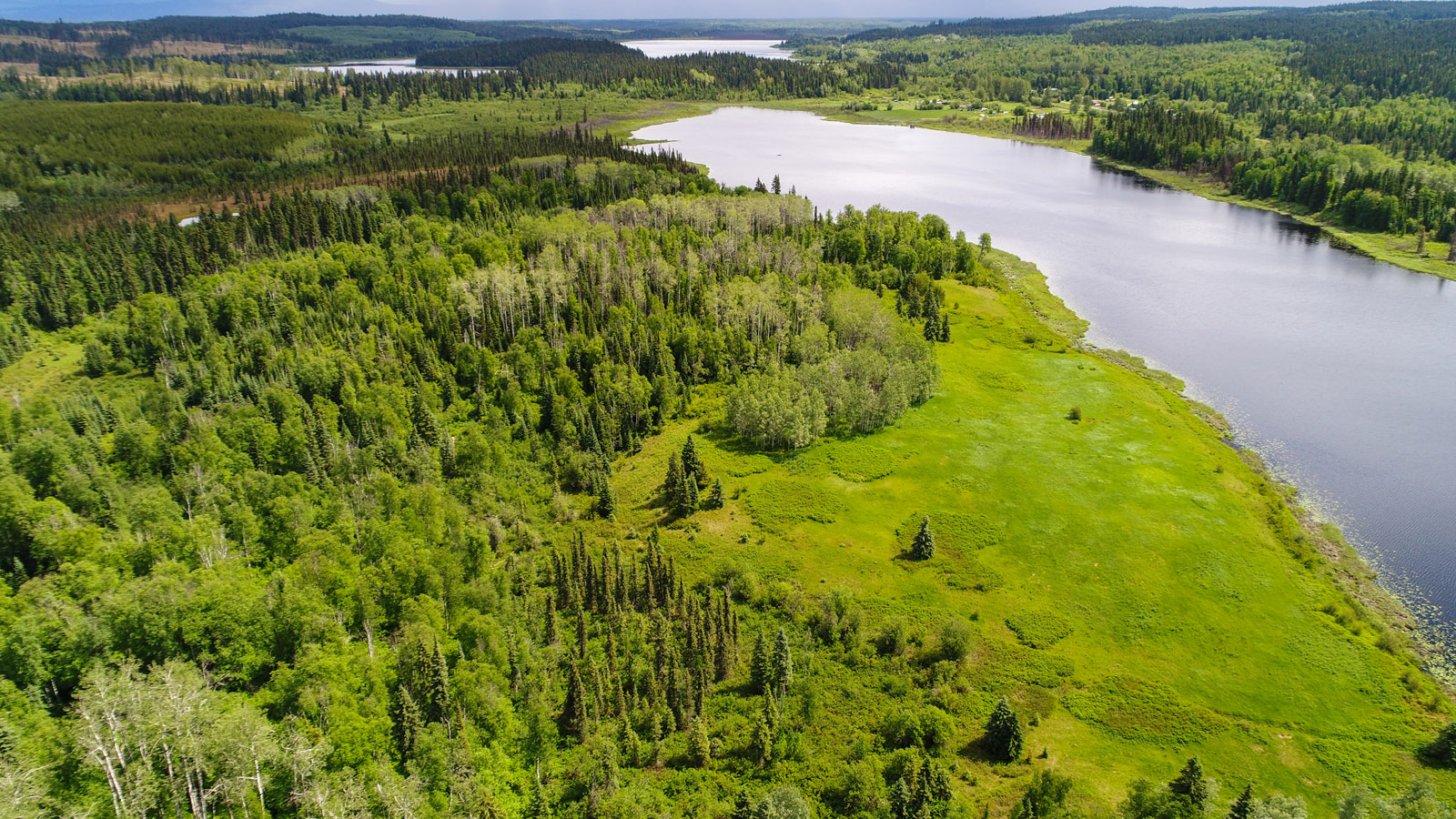 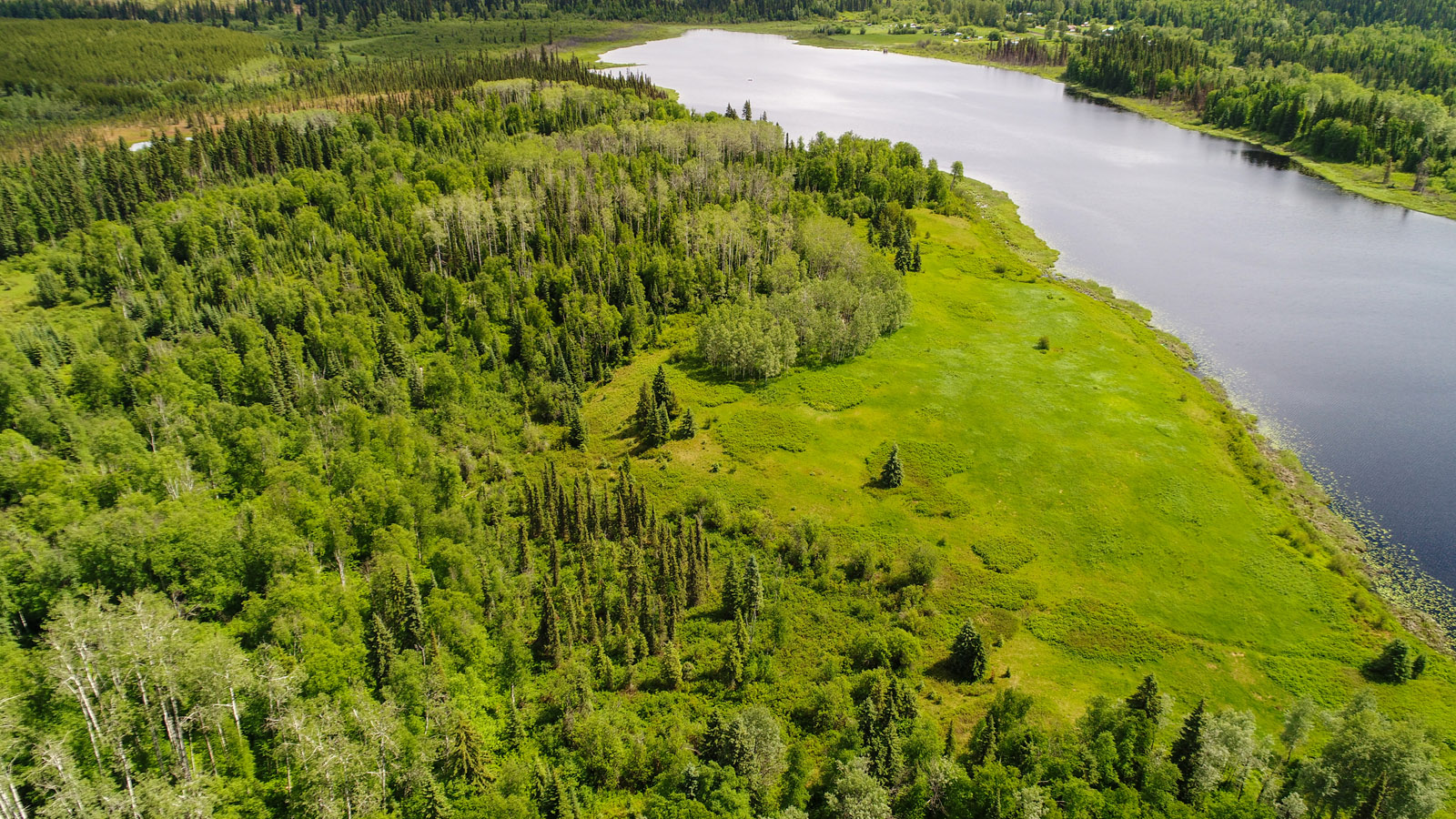 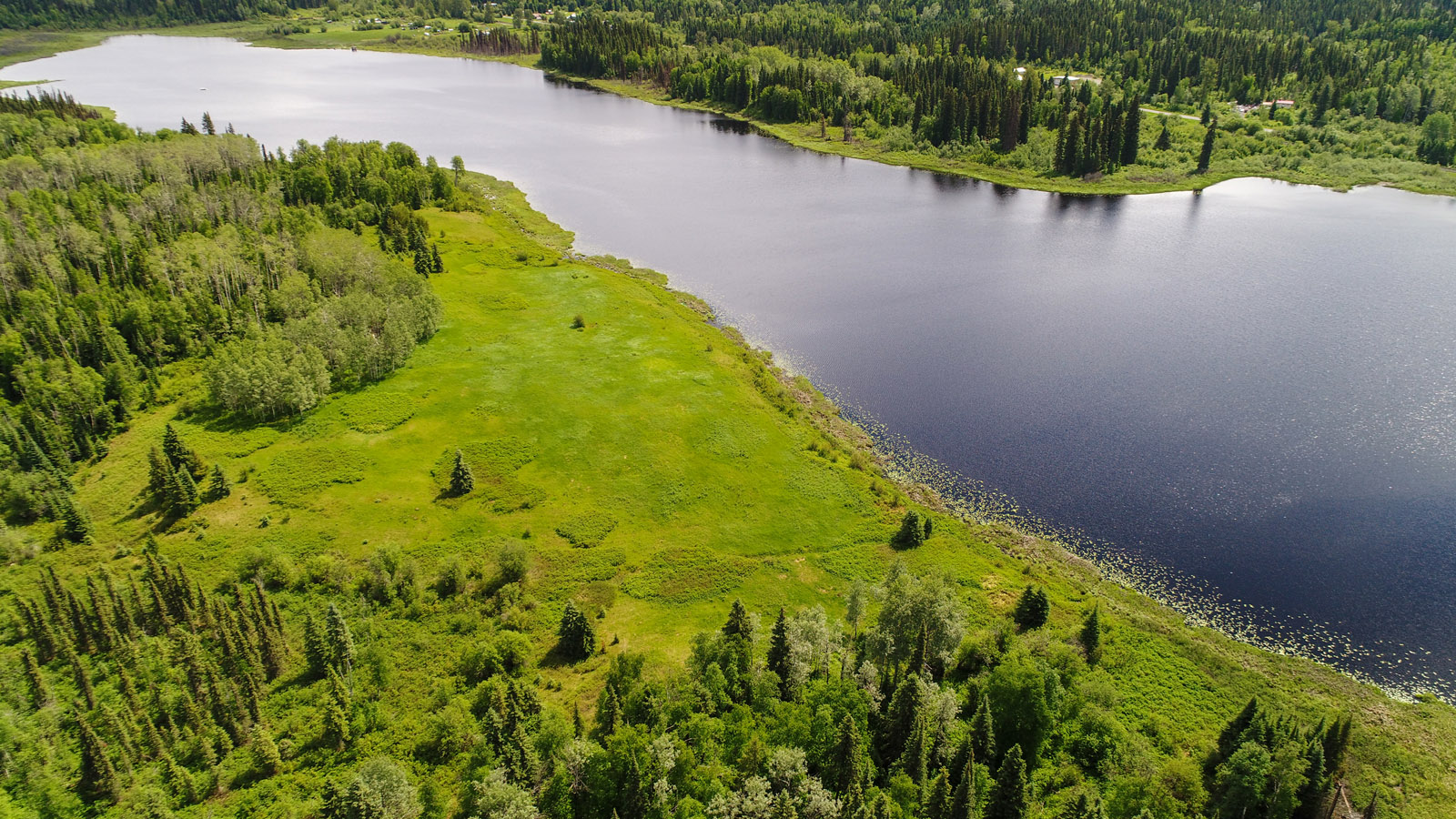 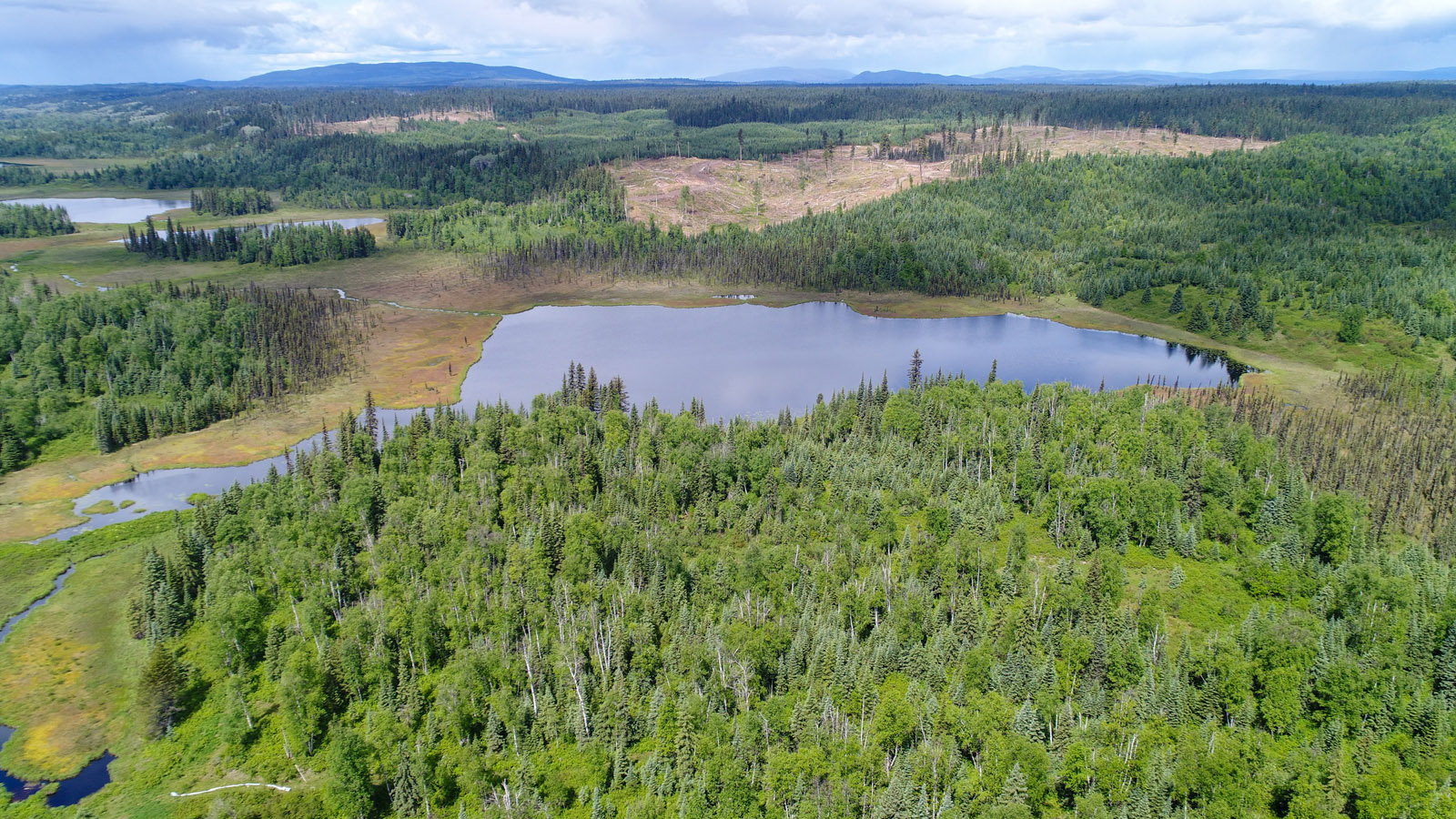 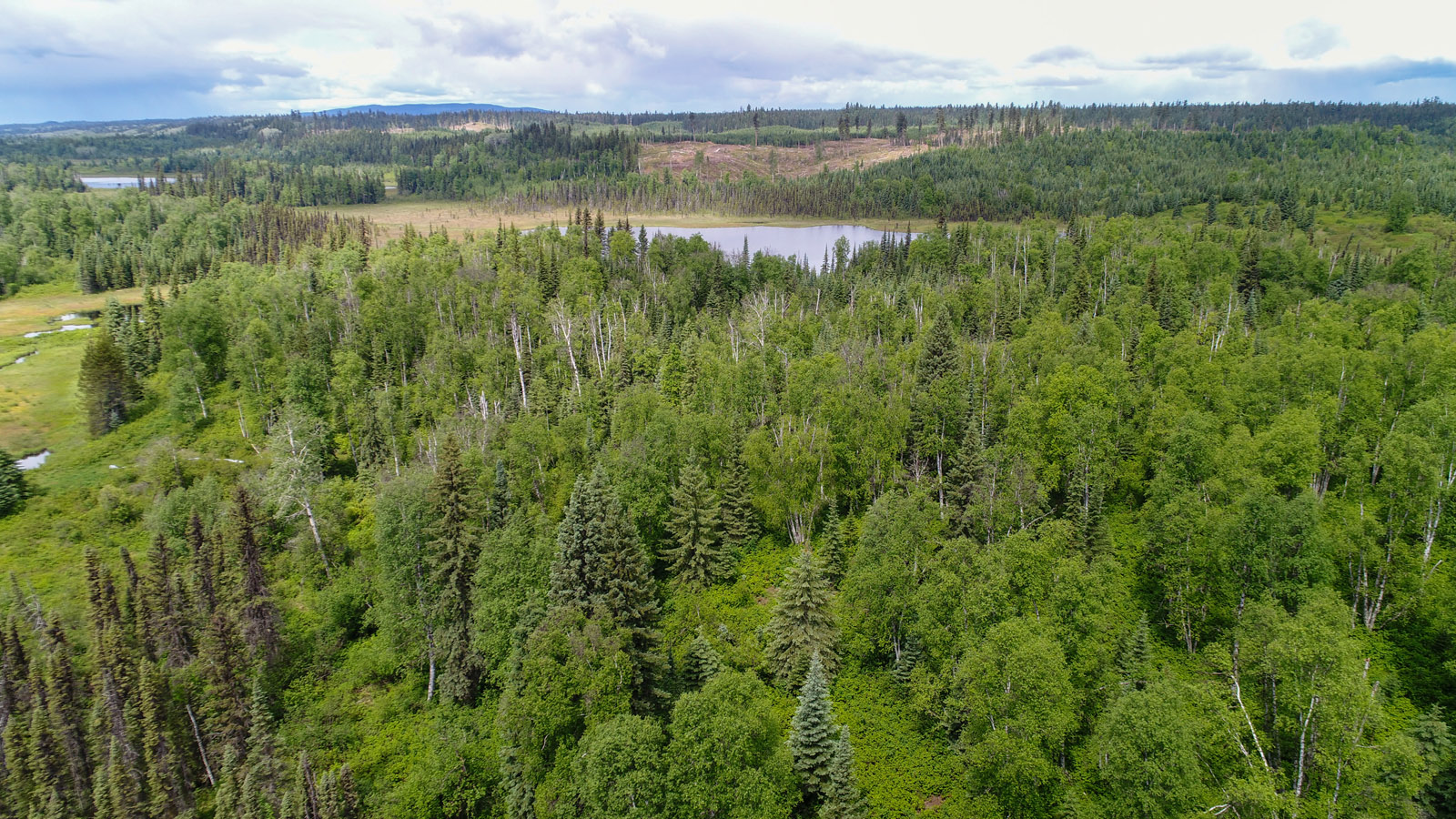 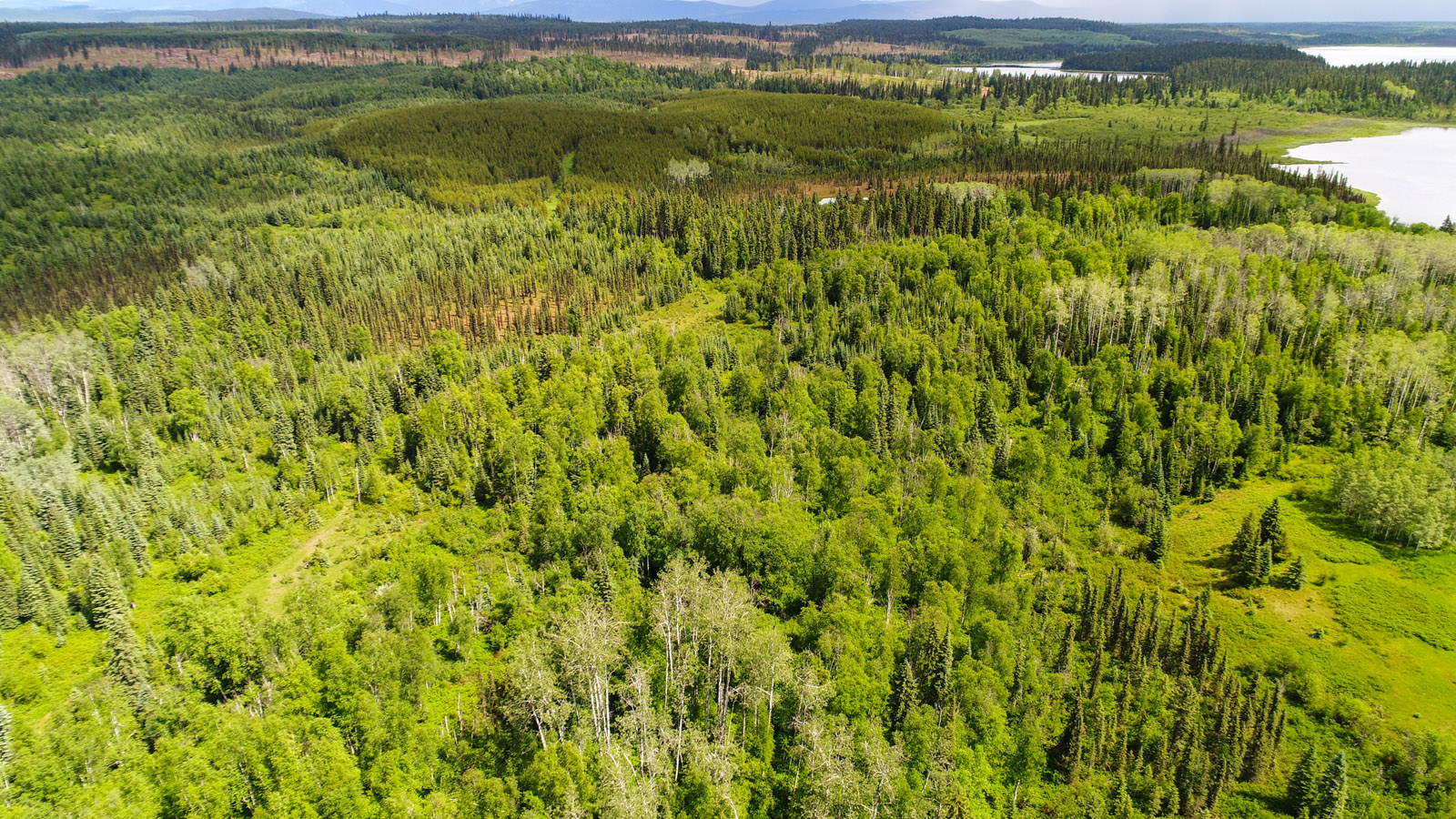 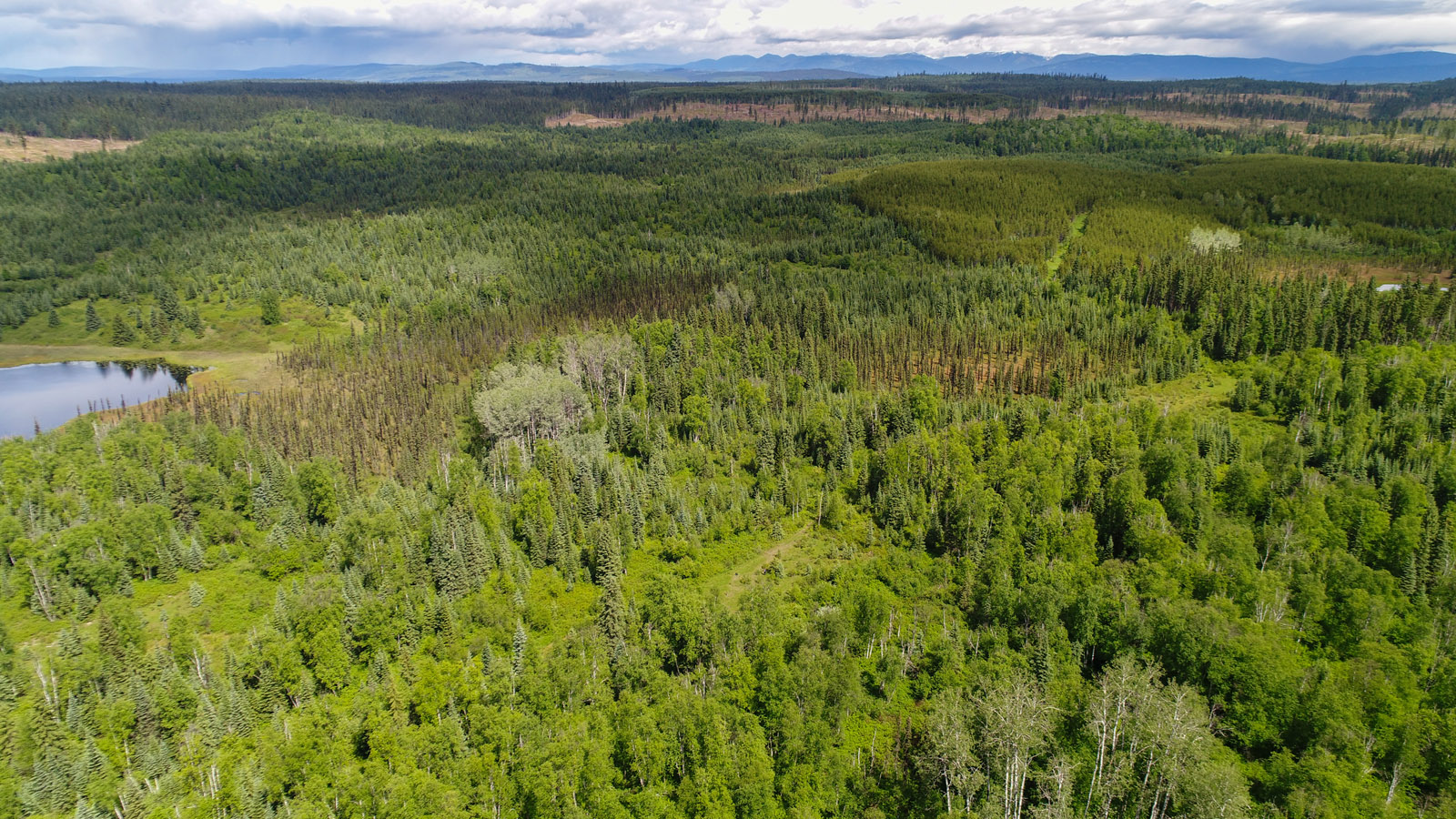 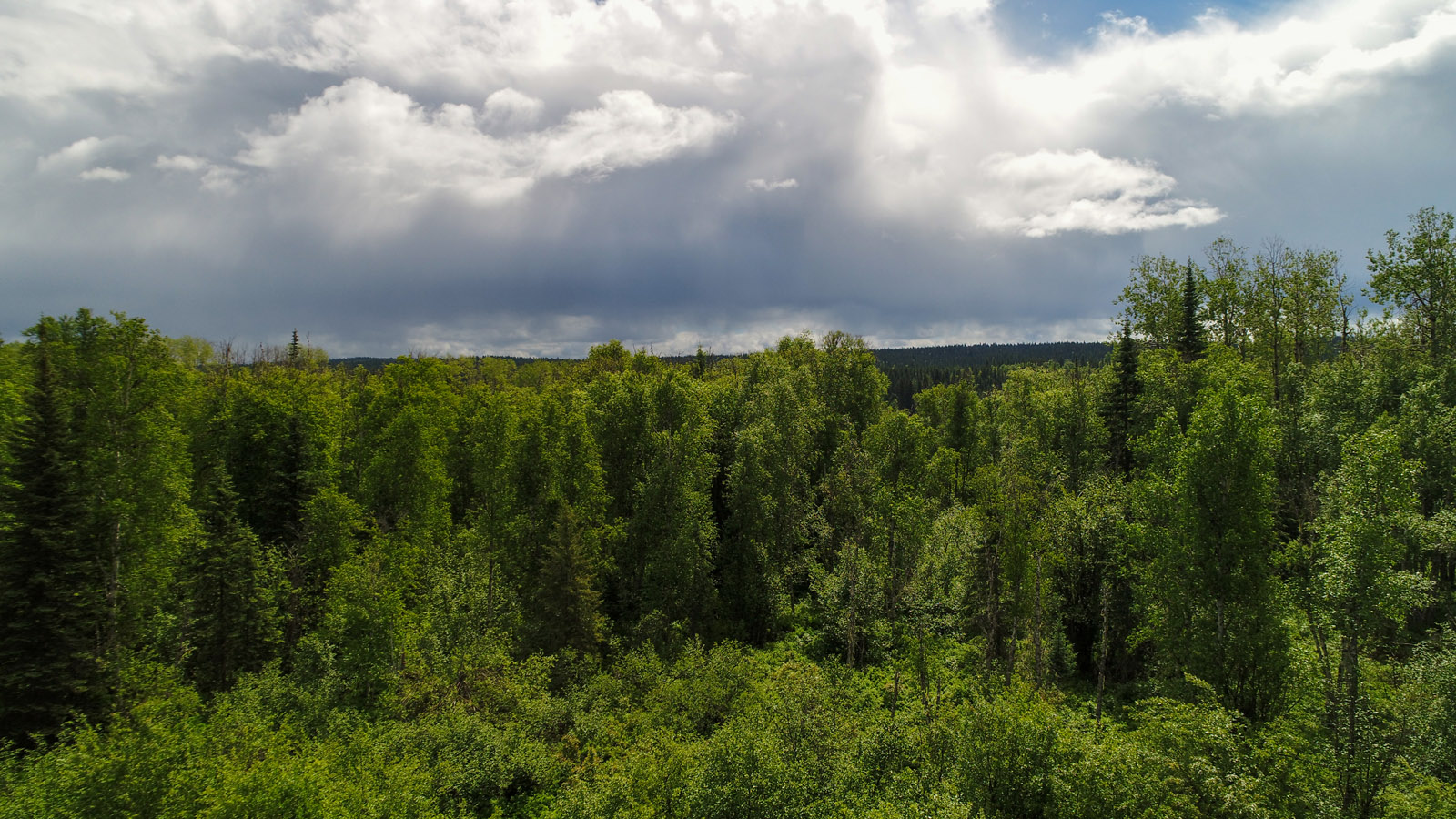 This is an off-grid property with no services, yet only 2.5 km from the main road and hamlet of Aleza Lake. Legal access is via legal resource permit roads. Contact Listing Agent for details.

Aleza Lake is in the middle and part of a three-lake chain. Eaglet Lake is upstream and Hansard Lake downstream, where all three lakes are well known for their rainbow trout and lake char. This chain of lakes empties into the mighty Fraser River under 10 km away. Prince George is 67 km for stocking up on supplies and accessing services, making this private retreat accessible.

Once a homestead, this property is perfect for a hobby farm, new homestead or fishing and hunting retreat.

Prince George City, with a population of 74,003 is the closest and largest city in northern British Columbia - the "Northern Capital" of BC. Situated at the confluence of the Fraser and Nechako Rivers, and the crossroads of Highway 16 and Highway 97, the city is the service and supply hub for one of the fastest-growing regions in Canada and plays an important role in the province's economy and culture. Amenities and services include everything a large city would provide.

The vegetation on the property provides food and shelter for many animal species. Much of the property is covered in low lying marsh loaded with browse for ungulates and cranberries. The upper portions of the property contain spruce and balsam trees.

Mountains, forests and lakefronts create phenomenal outdoor recreation. Summer activities right from the doorstep or within close proximity of central BC waiting to be explored. Watersports, immersing oneself in the diverse natural lakes, rivers, ancient forests, mountains and caves provide endless opportunity. Summer or winter, there is plenty for the adrenaline seeker and those looking for more leisurely fixes. Hunting and fishing, whether for moose or deer, rainbow trout, lake char and burbot as this area is full of wildlife.

To the south, this Provincial Park is nestled in the rolling mountains south of Aleza Lake. This is a densely forested upland with open areas on the lakefront. Walks along the shoreline, swimming and angling for rainbow trout/burbot are popular activities. Other watersports are enjoyed with canoeing, waterskiing and windsurfing. With many hiking/cycling trails and viewing areas, the beauty of this park is magnificent. Portions of the park are open to hunting. The park also includes a concrete boat launch, flush facilities and a children’s playground.

Purden is central British Columbia's largest ski mountain. For more than 40 years this mountain has been providing a robust ski adventure. Purden has 25 named runs, with the longest run having over two miles of terrain. You will experience some of the best skiing and snowboarding in this area with over 1,100 vertical feet of skiing on dry powder snow, treed runs and uncrowded slopes.

The park is situated in the Hart Ranges of the Canadian Rockies. This park protects the nationally significant Fang Cave complex, which includes the ninth longest cave in Canada. Spelunkers in the caves is permitted for the experienced. The park also provides an easily accessible destination for backcountry recreation. It includes picturesque alpine bowls, three small alpine lakes, and distinctive limestone pinnacles and ridges. Two separate trails provide access to small alpine basins, with a connection over Fang Mountain. During winter, snowmobiling is permitted.

Many other Provincial Parks and unmarked areas in central BC wait to be explored and enjoyed - all within close proximity.

Carrier First Nations people occupied this region for thousands of years prior to European settlement. They lived off the land by hunting, trapping and building dwellings from natural resources. The Fraser River was one of the main transportation routes for their furs and to bring supplies in. Through the early 1900s sternwheelers paddled the rivers, transporting people and other goods from place to place. Forestry became the main industry as sawmills were built.

A channel of the Fraser River carved out the oxbow lakes, comprising Little Lake (west), Aleza Lake (centre) and Hansard Lake (east). Little Lake was also called Hotchkiss Lake after Thomas and Louise L. Hotchkiss, the first homesteaders on its shores. Long after the family departed, their abandoned log cabin remained standing at the western end of the lake. Memorable features of the medium-sized Aleza Lake were the white-water lilies on the south shore and cranberry bogs on the north side. In July 1913 G.U. Ryley, the Grand Trunk Pacific Railway (GTP) Land Commissioner, named the lake after a First Nations woman who lived in the area. A fast-flowing creek connected to the larger Hansard Lake, which in turn flowed into the Fraser. Like the former train station to the southeast, it was named after Hugh H. Hansard. During the late spring flooding of 1938, the river flowed up the creek system temporarily creating a streak of brown sediment across the surface of Aleza Lake.

The Aleza Lake Research Forest is a 9,000-hectare outdoor research facility and working forest. This project provides research and education facilities and opportunities to groups for ecosystem and resource management studies. The program in established in1924 and is still active today.

The shores of Aleza Lake, from 1912 provide an interesting and provocative history. This small town originated with farmers and trappers. A post office, small store, school and church were constructed. The town grew to include other service including a hotel, butchery, flour and feed storage. A poolroom, sports facility, including a covered hockey/skating rink, were also built. The 1930s saw a small restaurant open, a community hall, a wharf with changing rooms, diving tower and a children’s pool. Balls and carnivals were well attended from Prince George via rail. Today, while there are some remnants, most of the town has been burned to the ground and covered in brambles. 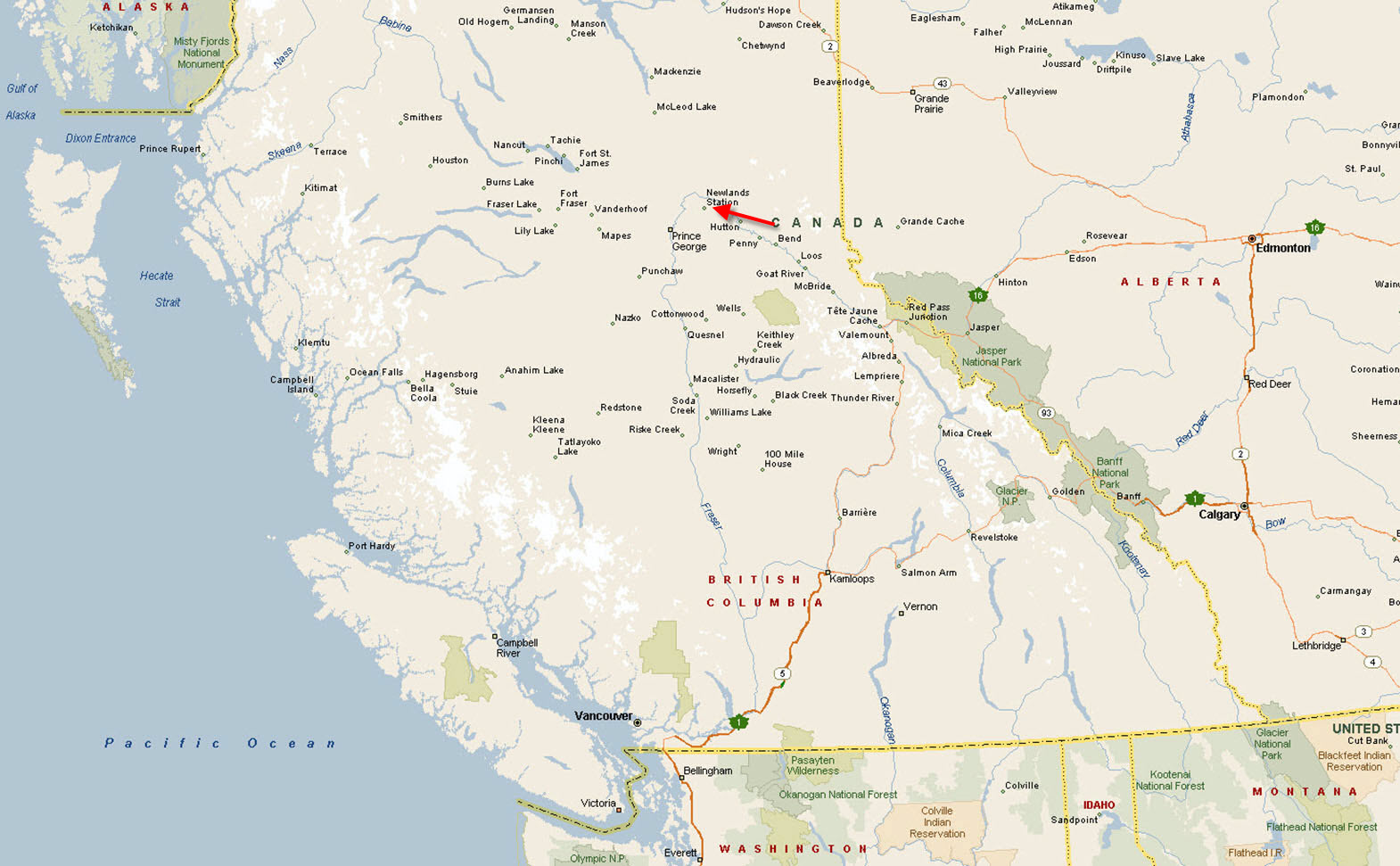 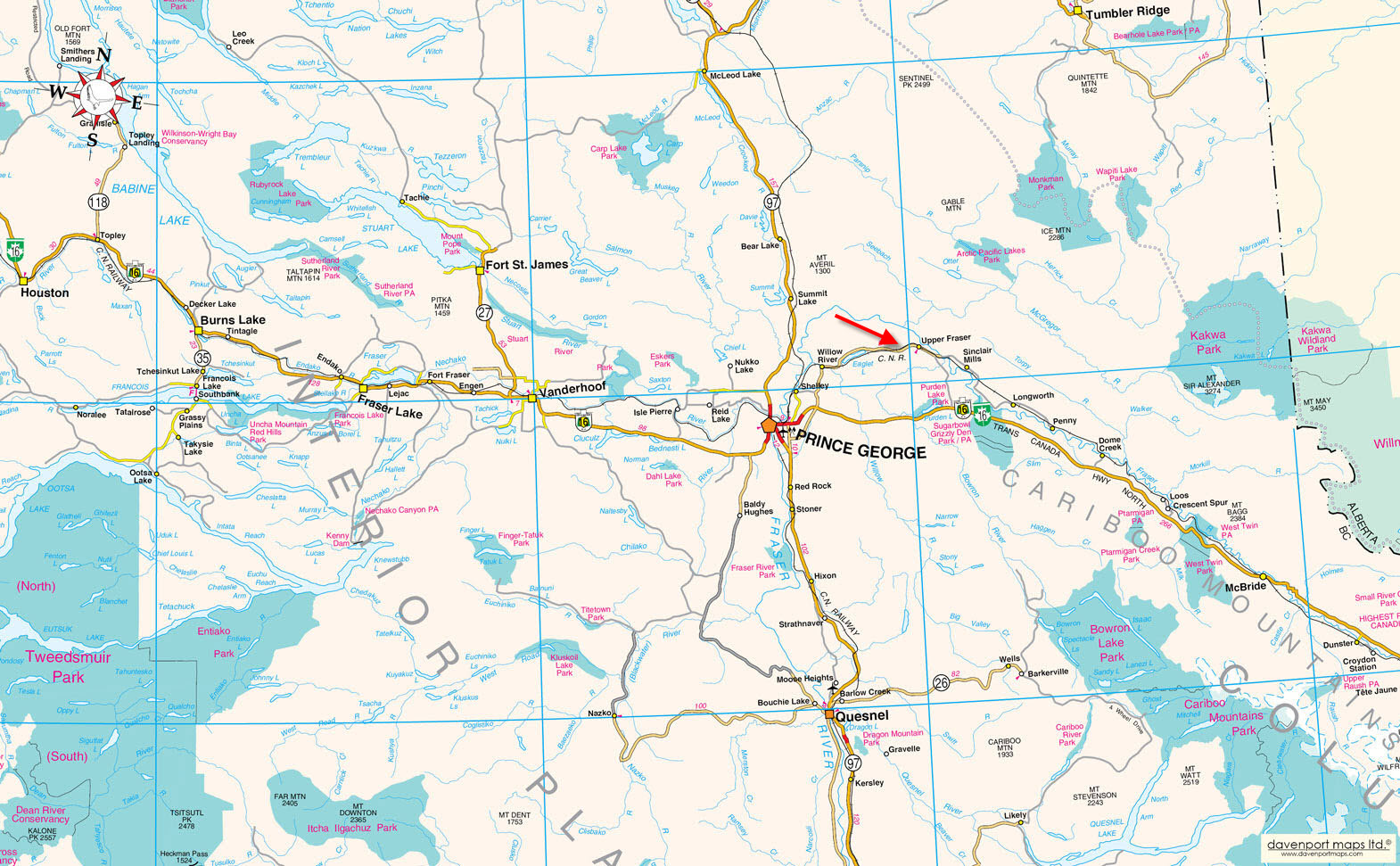 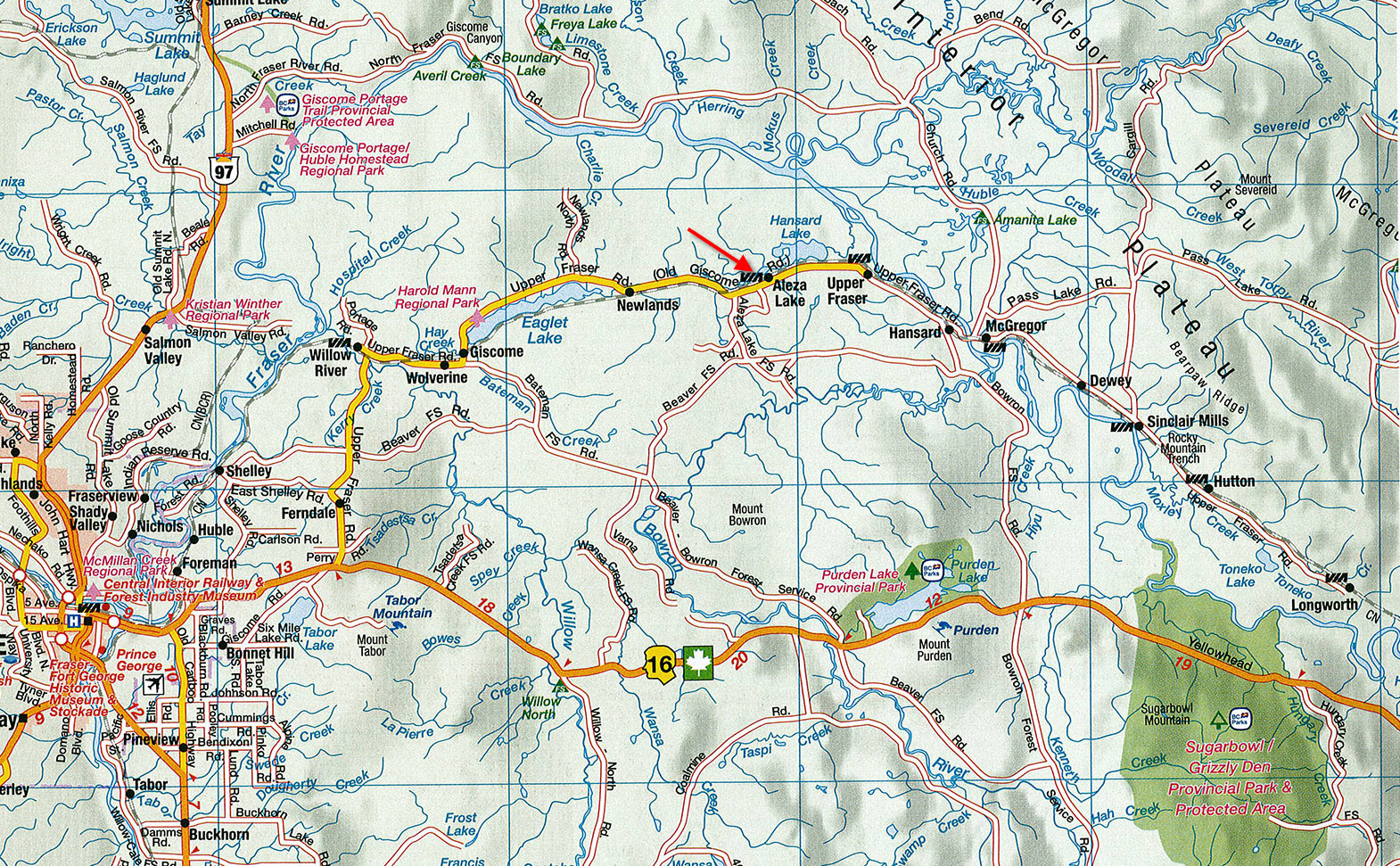 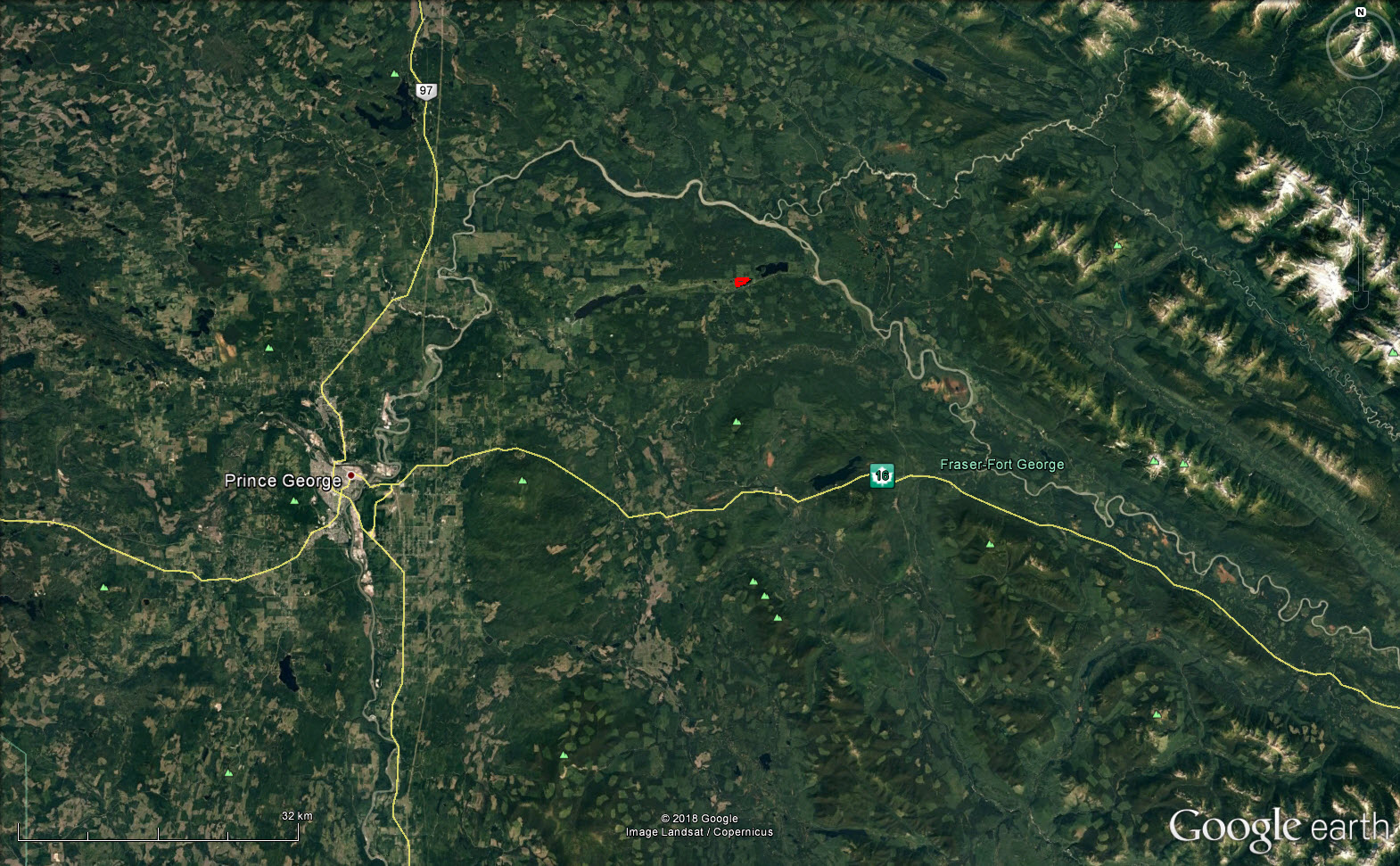 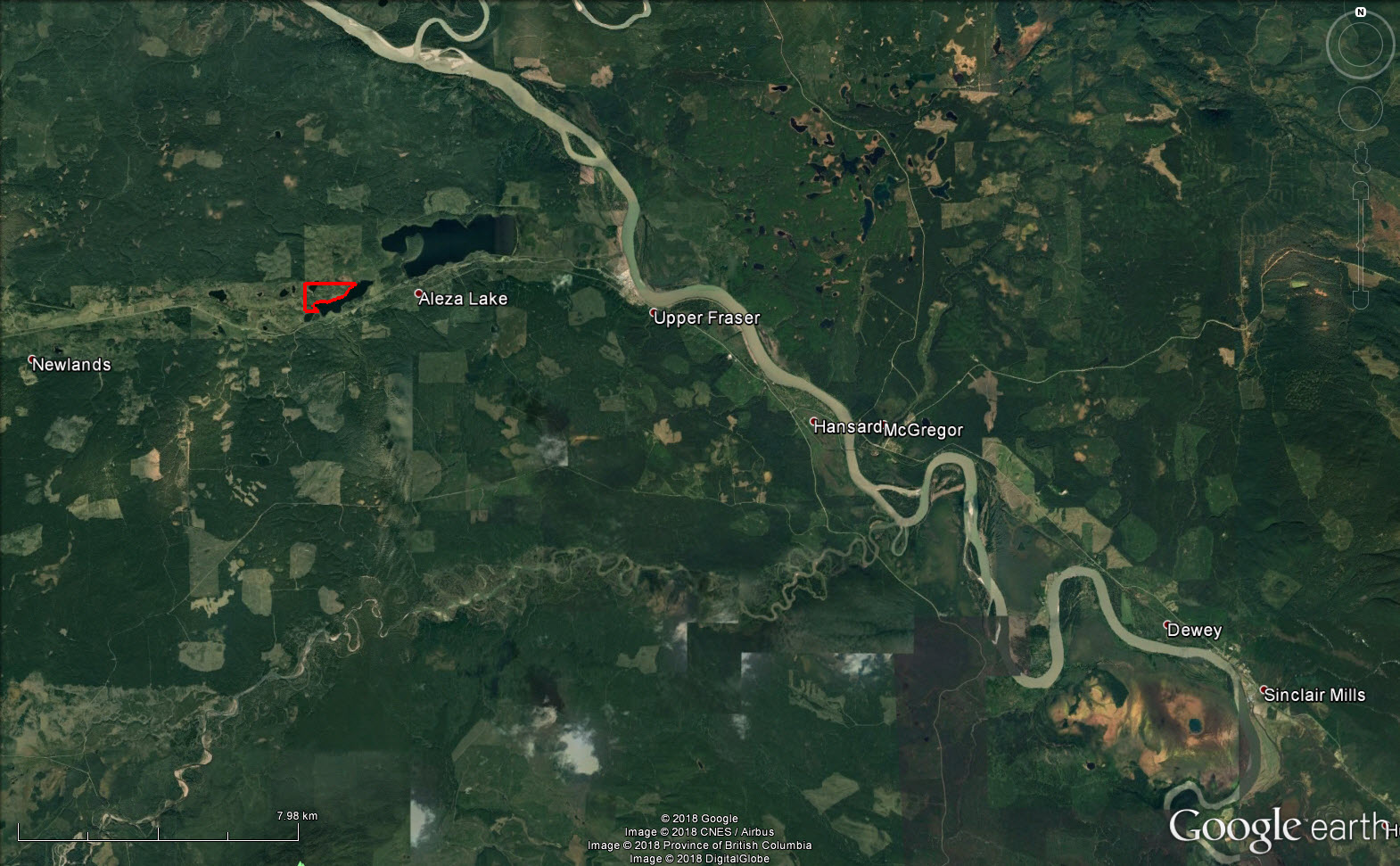 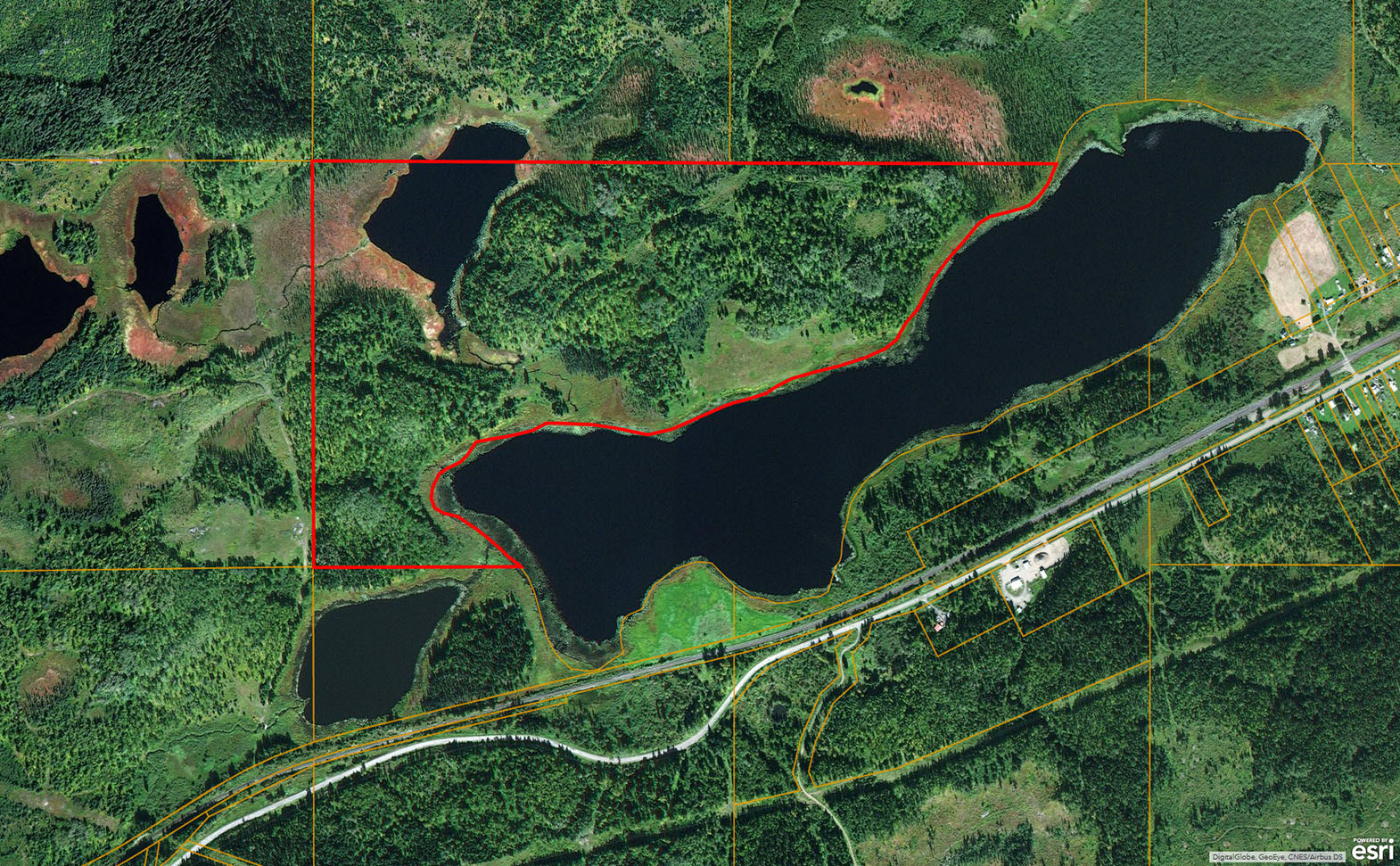 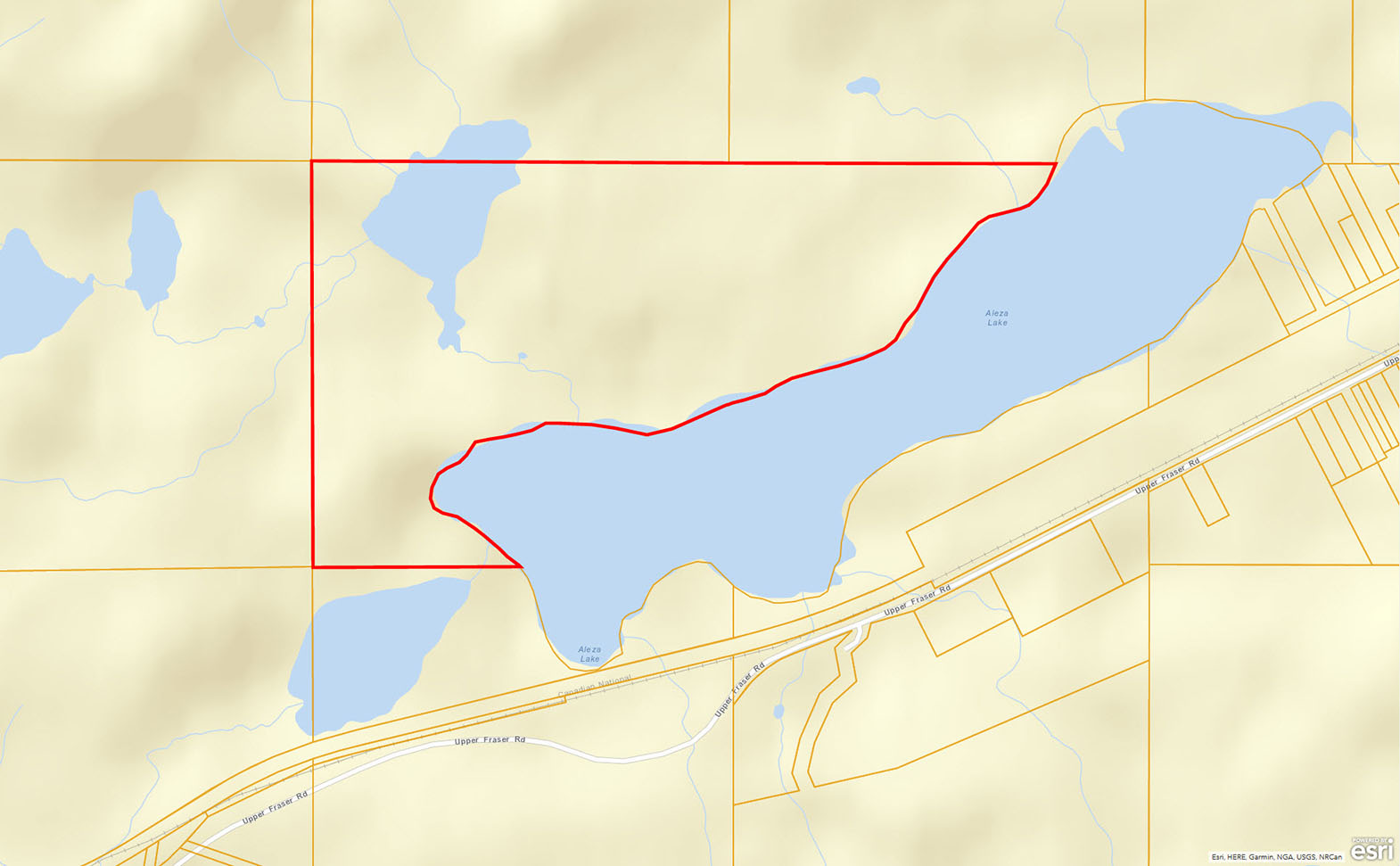 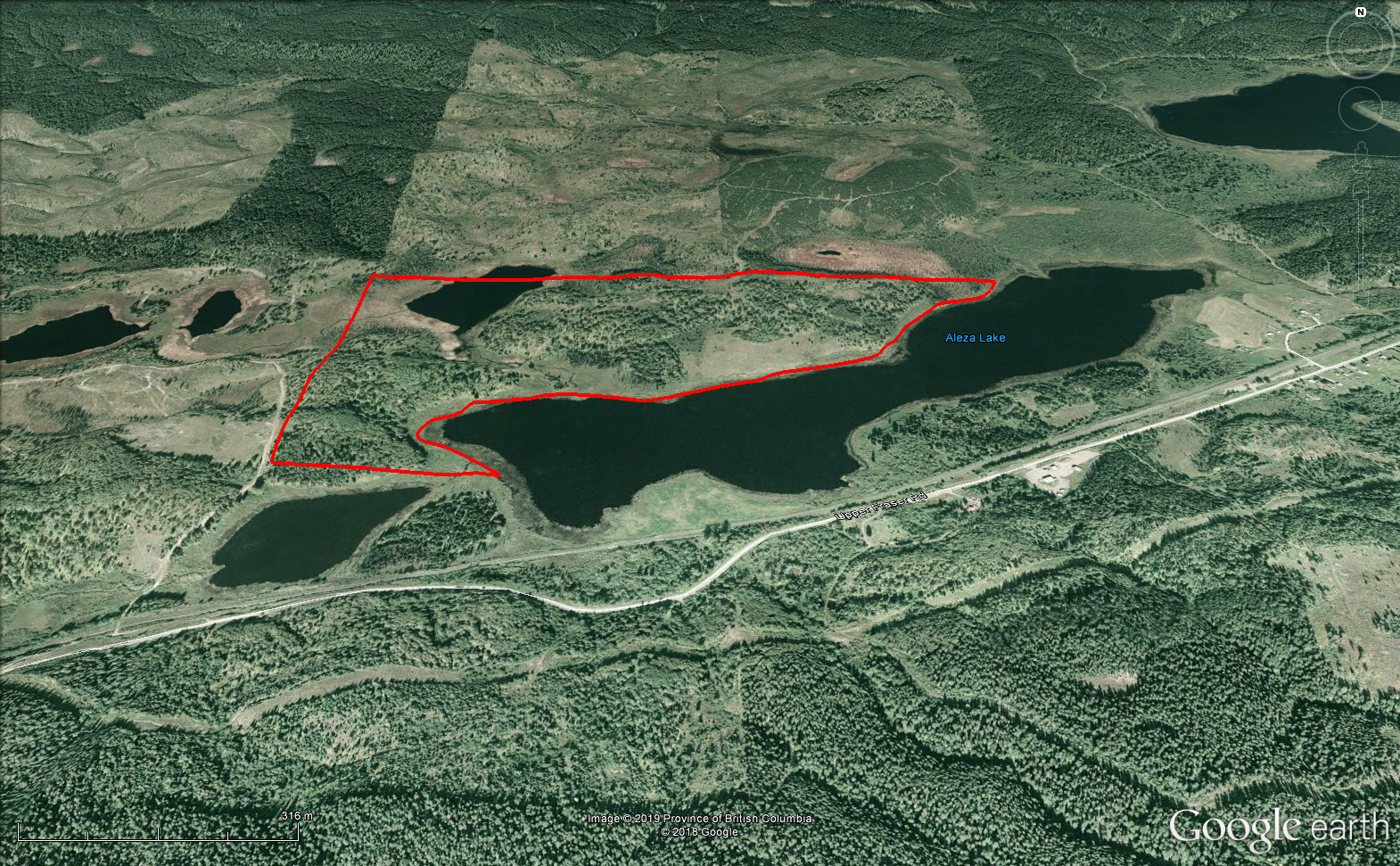