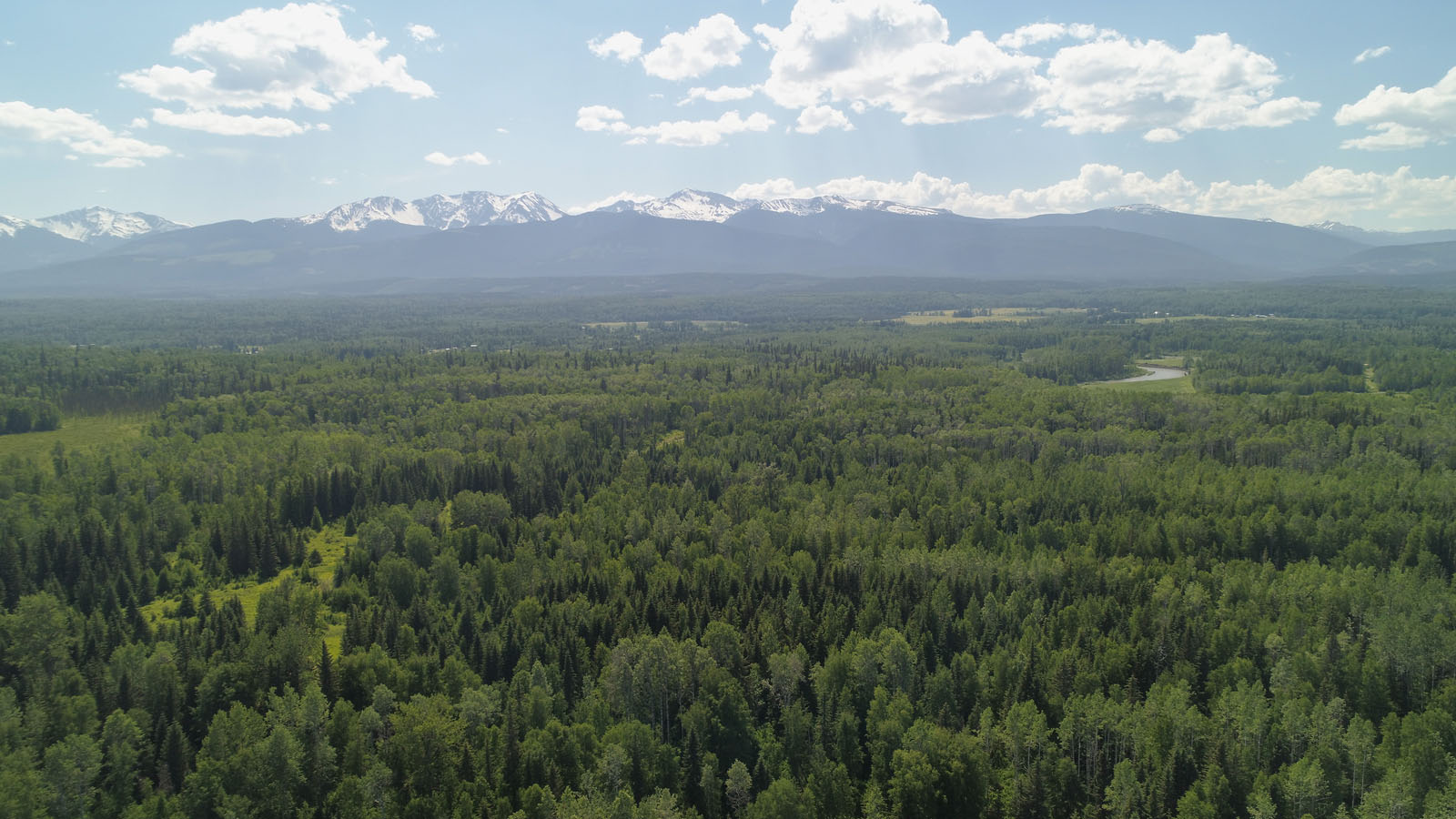 North Coast & Northwestern BC Listing No. 22131 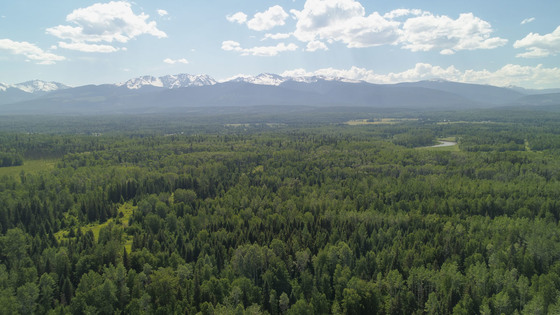 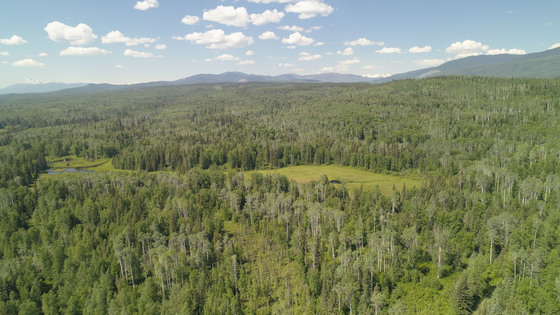 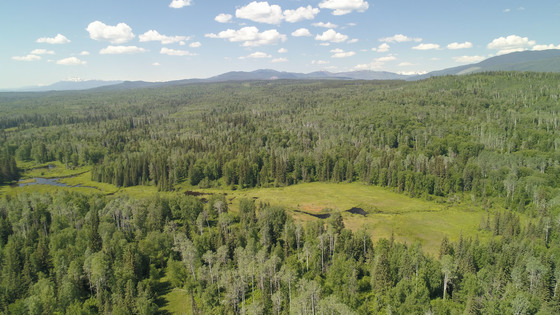 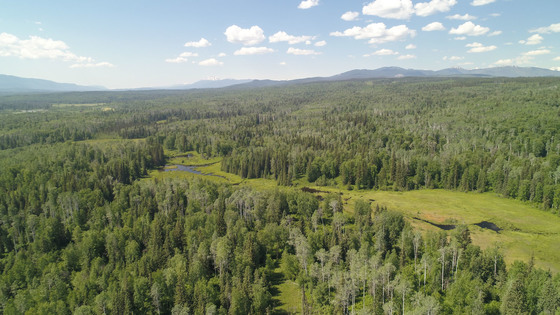 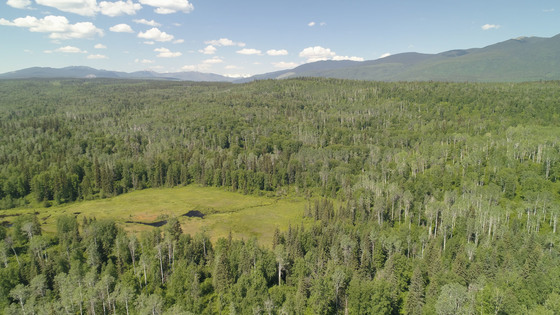 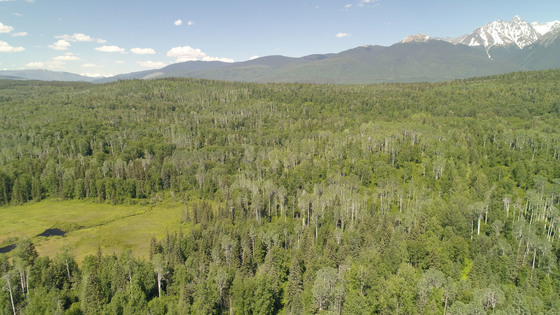 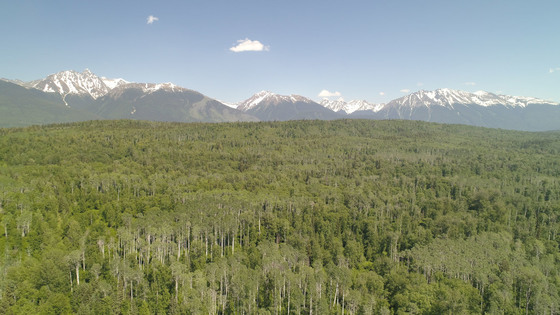 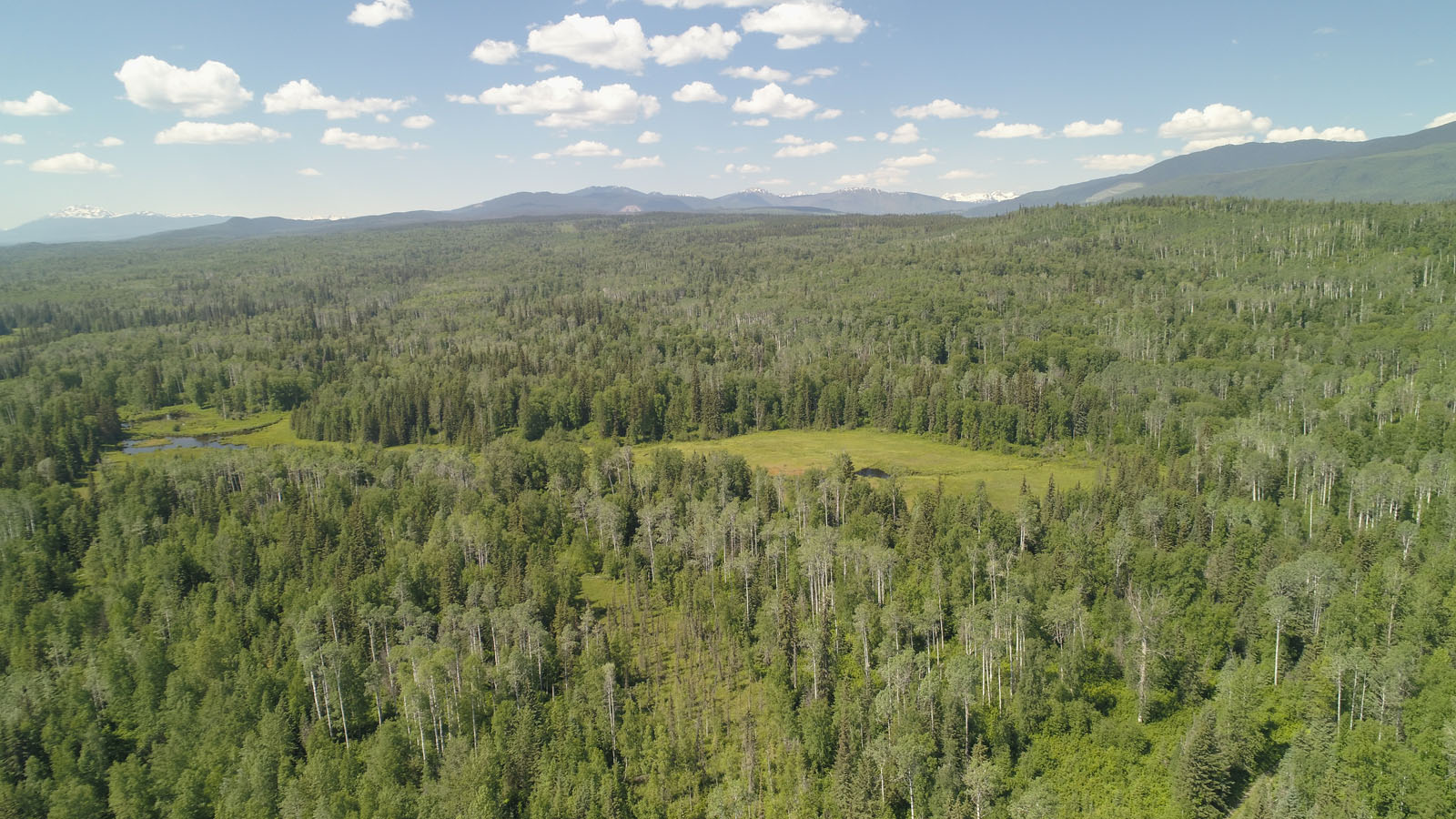 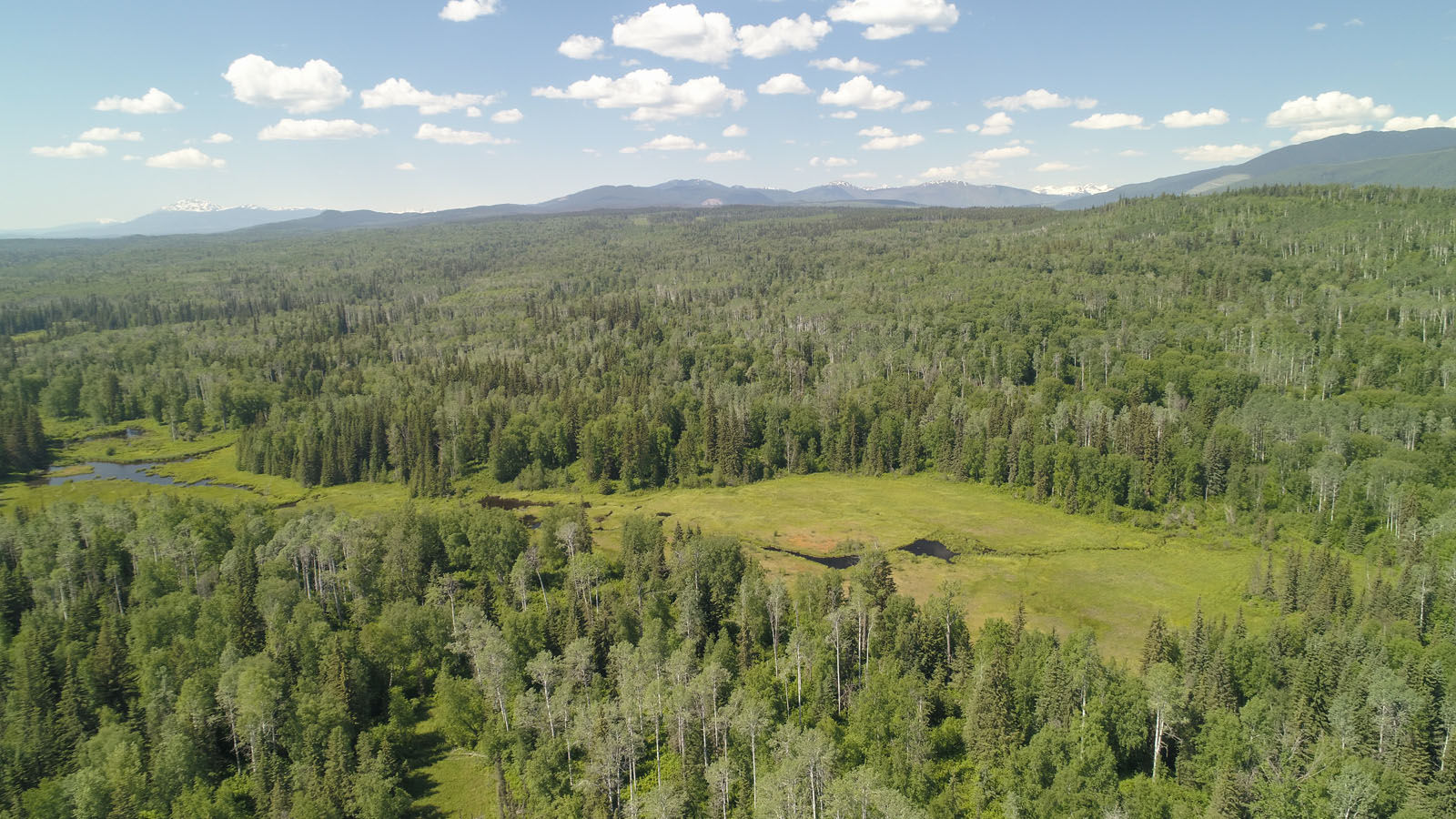 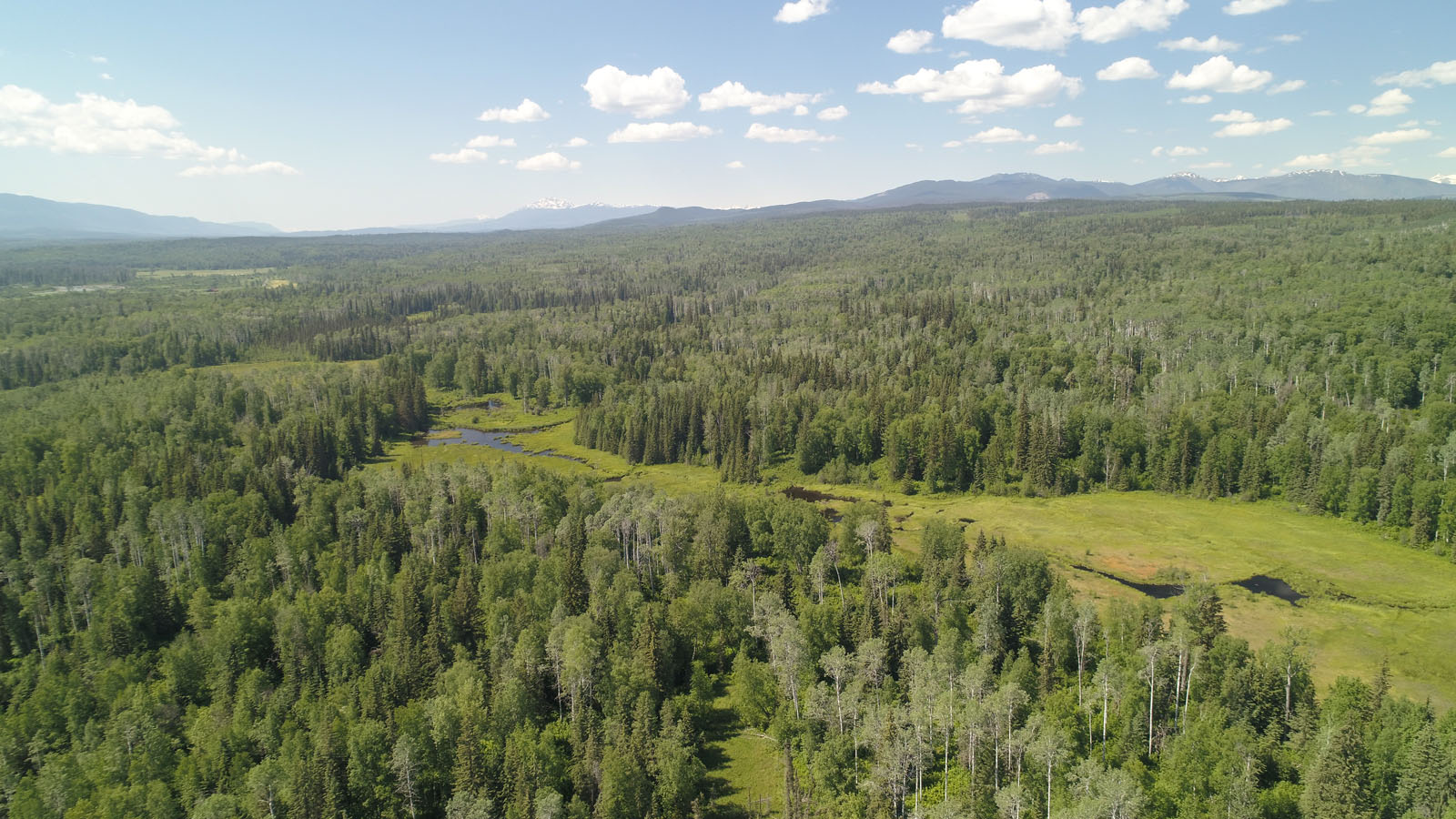 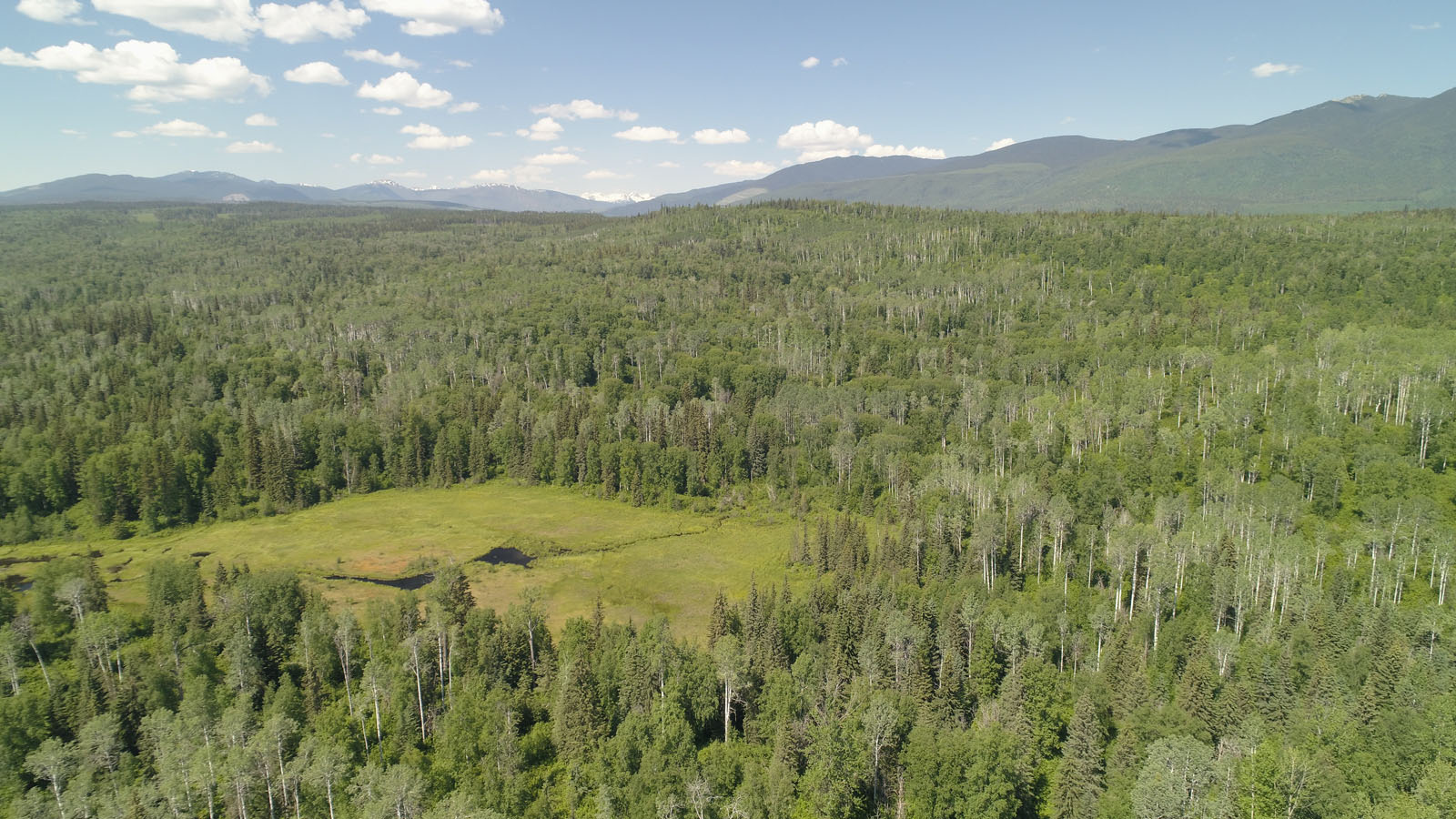 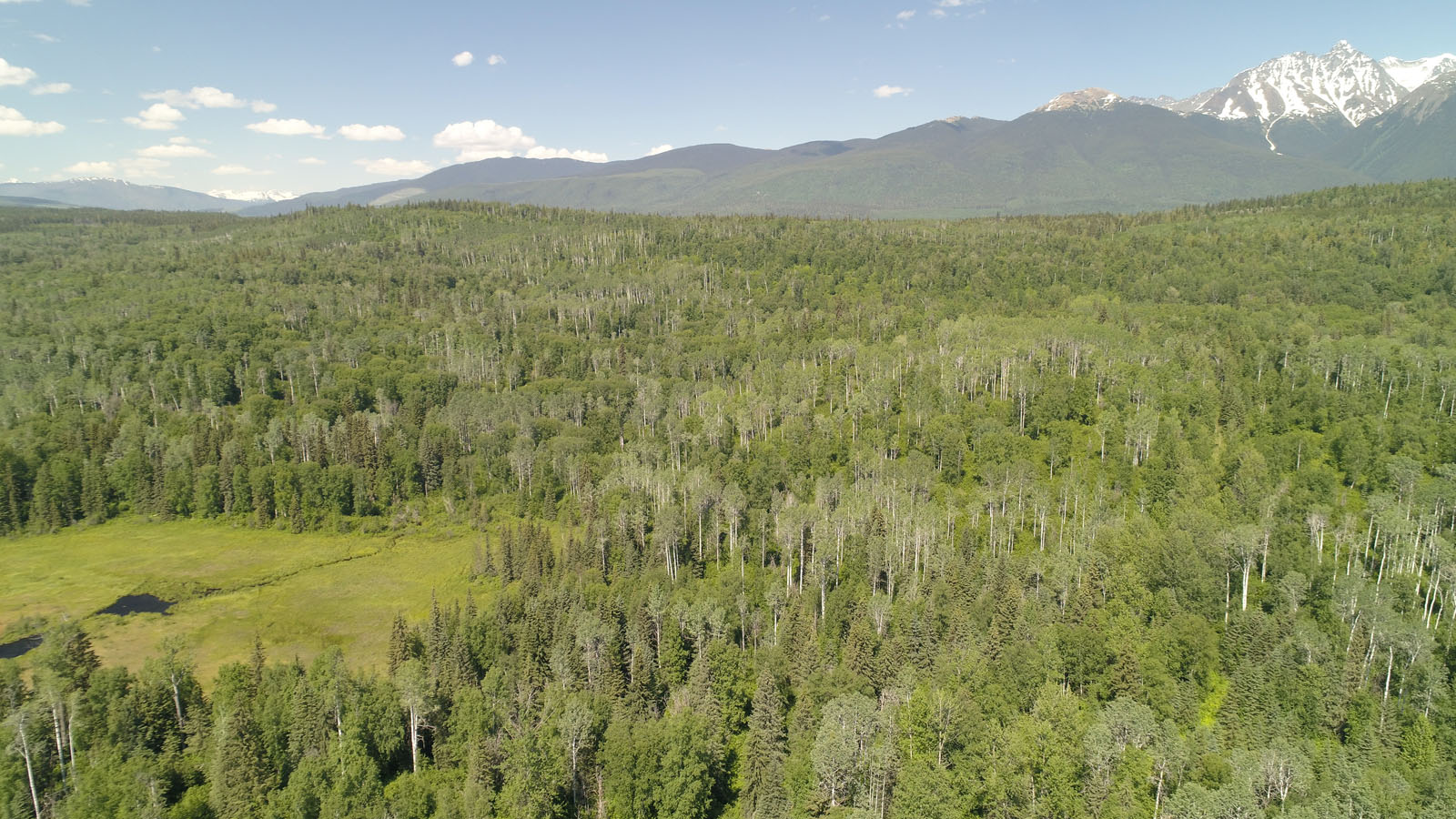 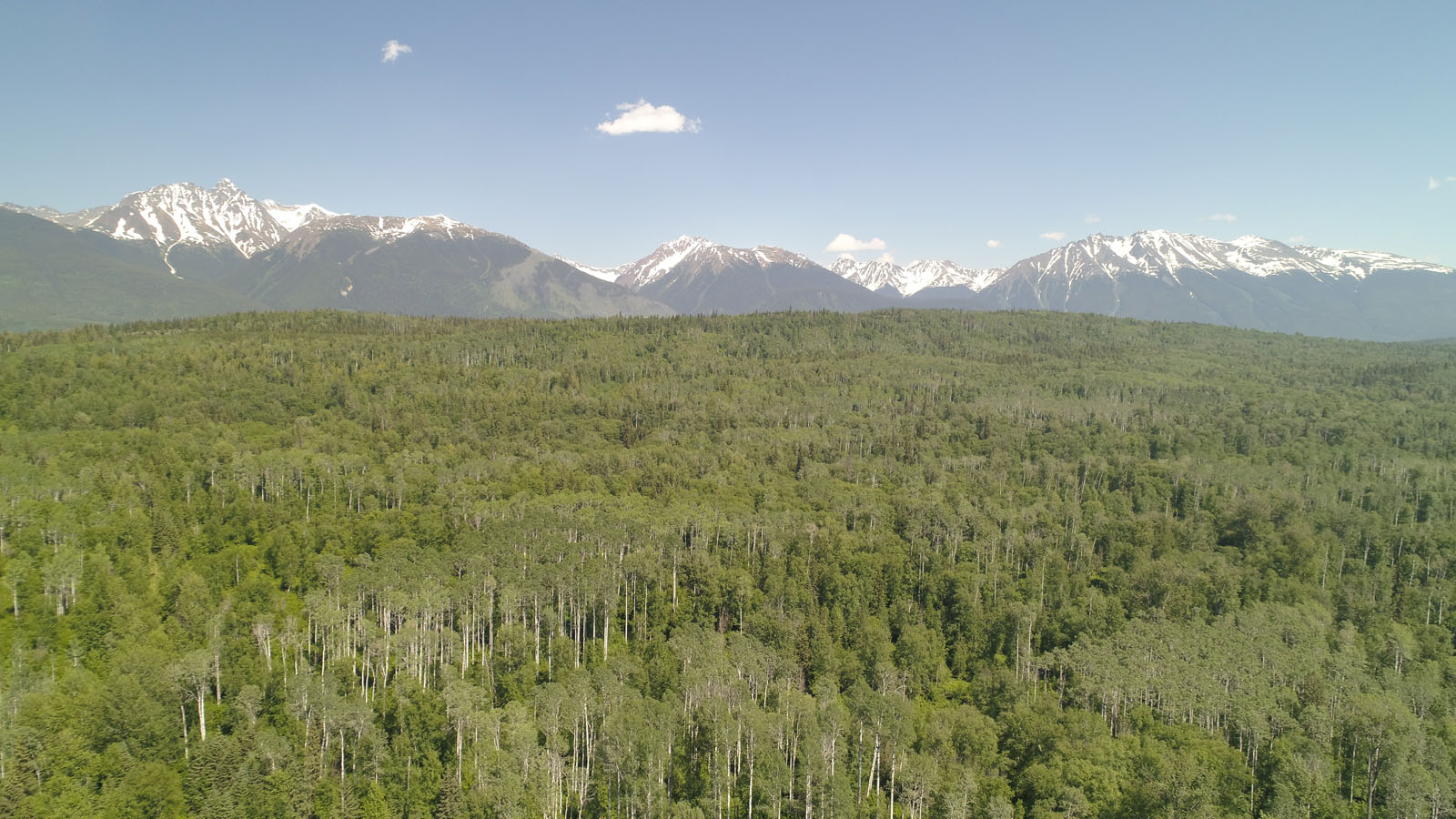 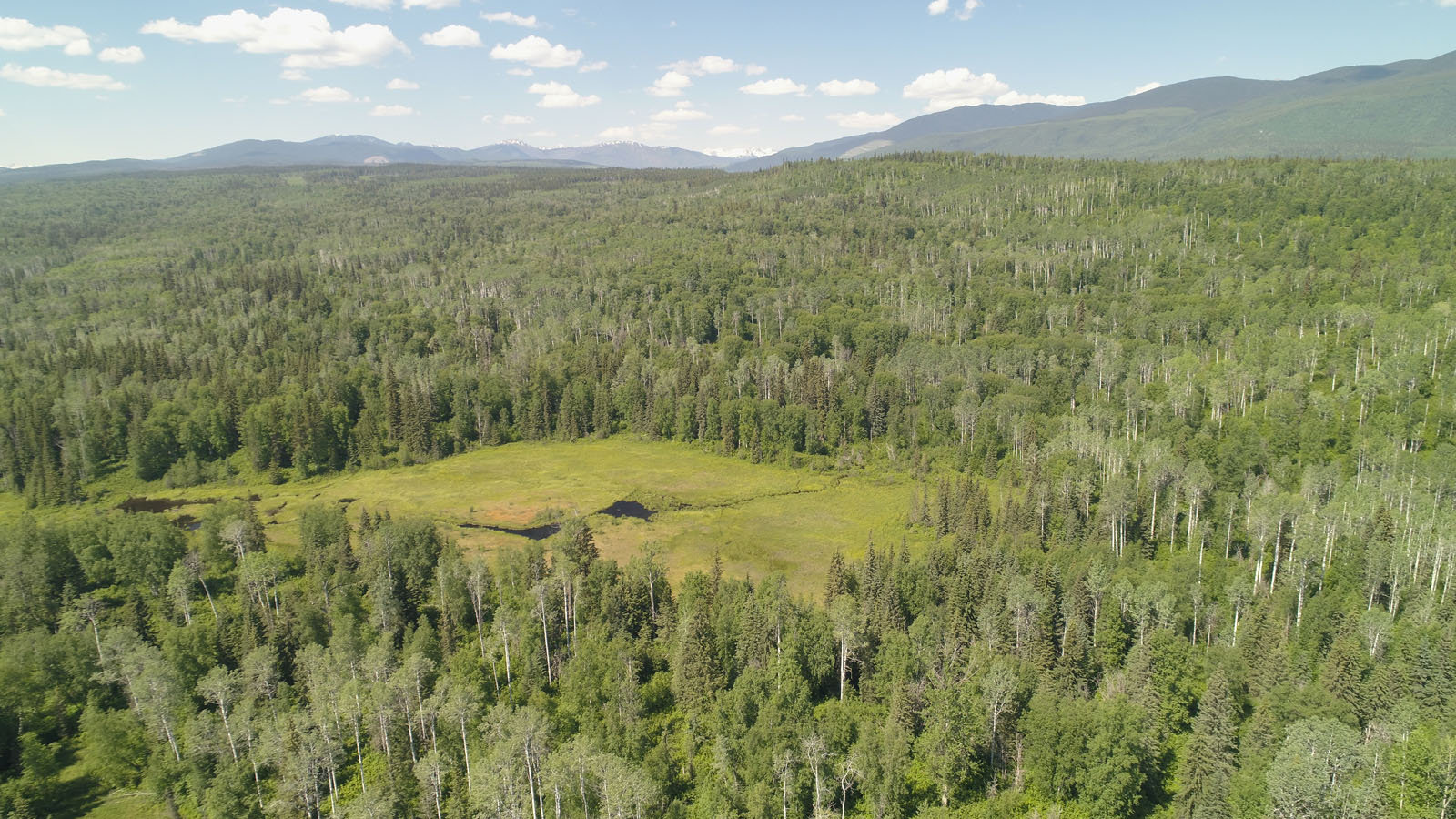 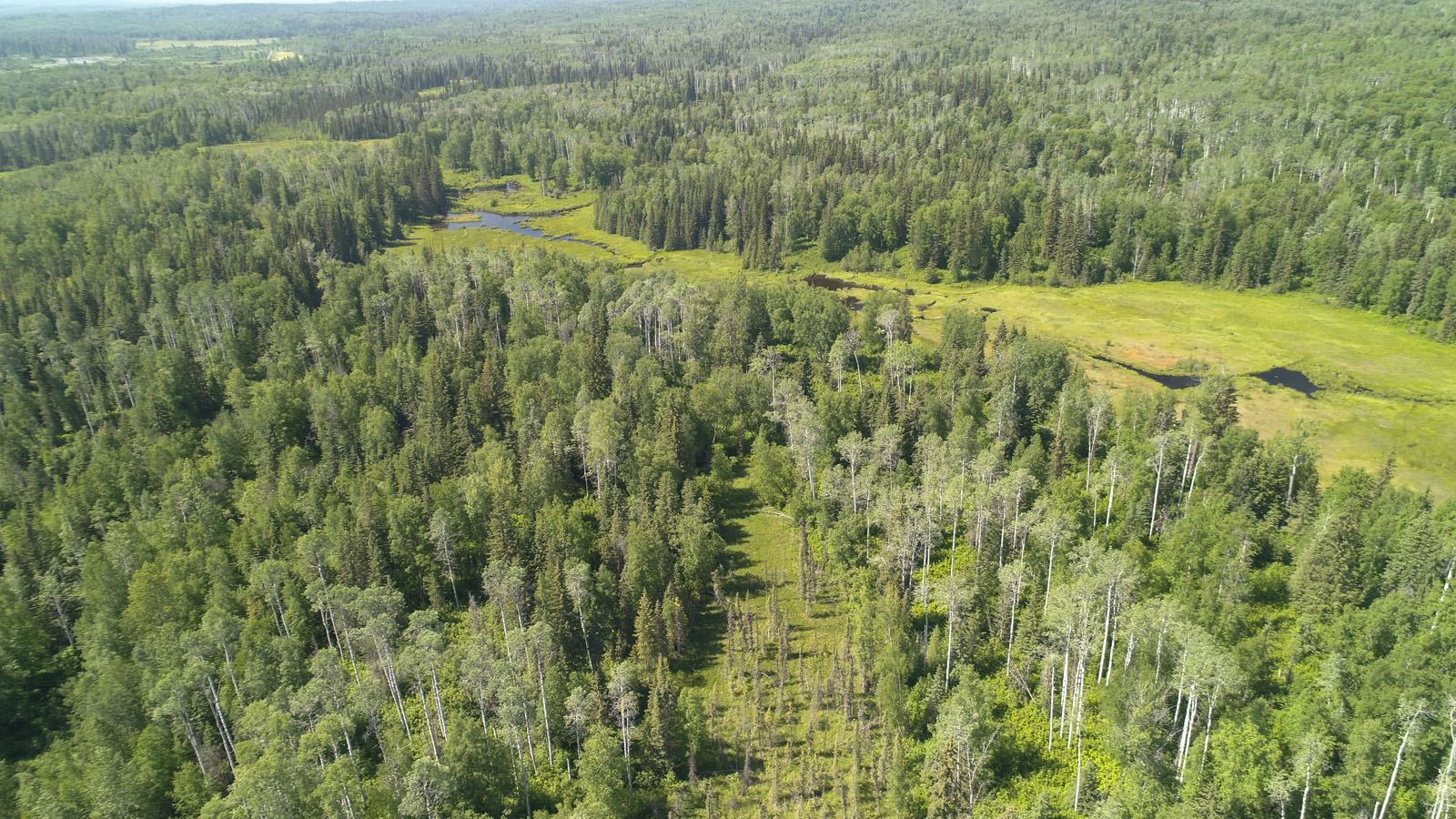 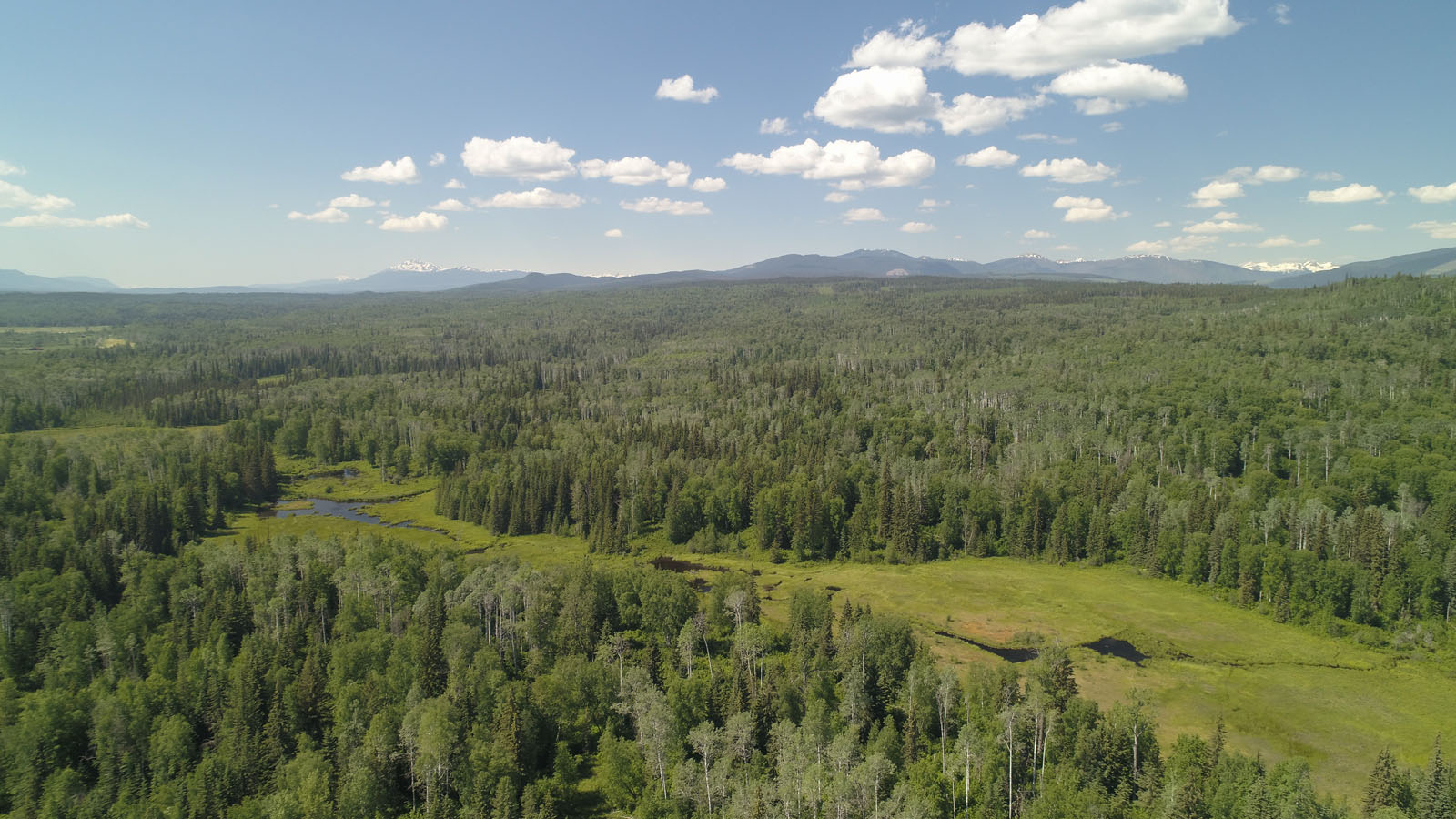 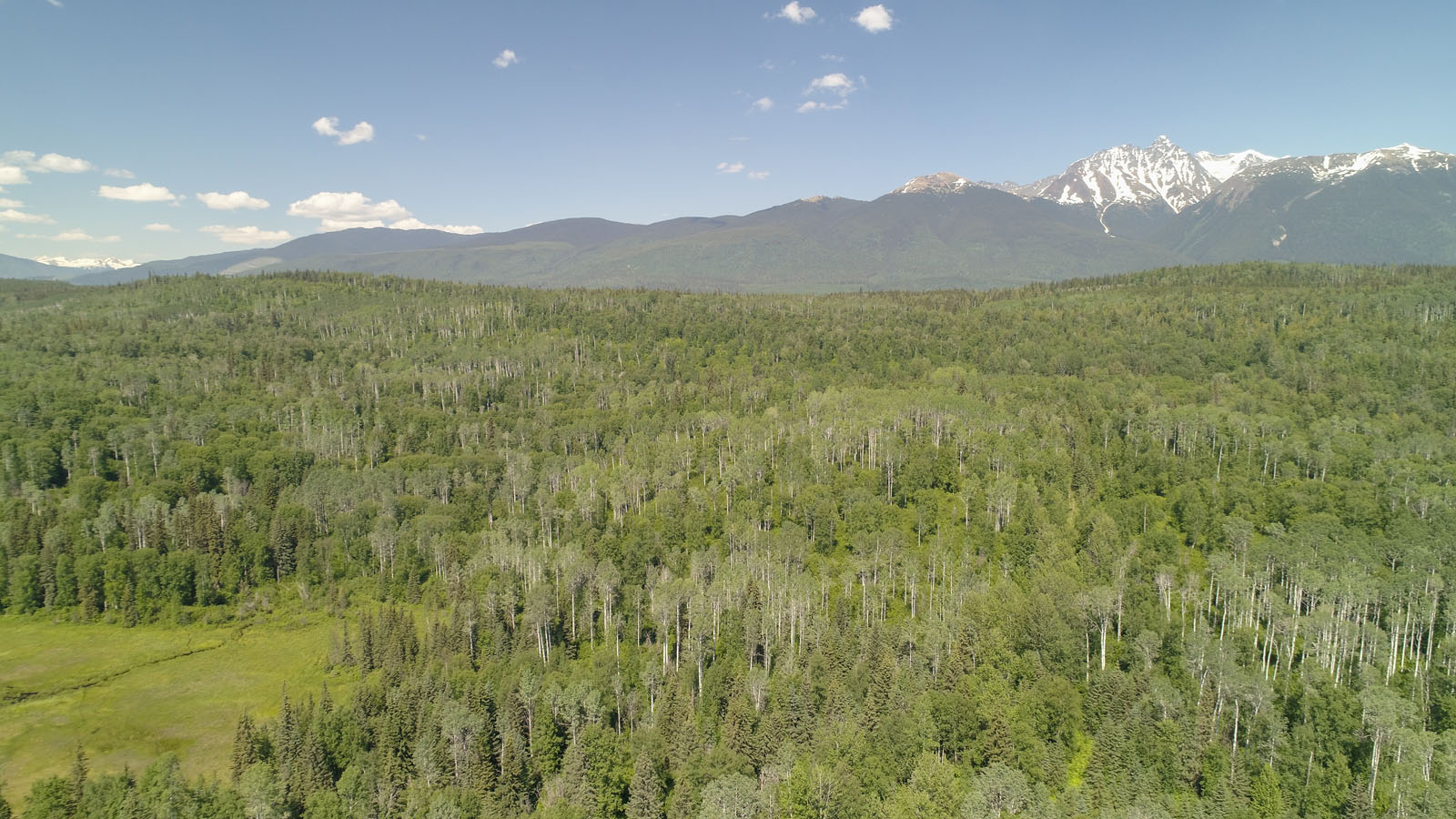 North of Hazelton, 20 kilometres from Kispiox, an outstanding opportunity, lies nestled between the Kispiox and mighty Skeena Rivers.

This 162 acreage ticks all the boxes with an ongoing shift from urban environments toward rural self-sustainability and personal business ventures. The land covered in a lush forest of mixed tree species is primarily aspen. At 100+ years old, this forest has been family-owned for over 40 years confirming no logging activity, during that time.

The property is predominantly within the agricultural land reserve (ALR), prime for gardens, crops, pastures, and raising farm animals. Due to the lower elevation, productive soils, and long summer daylight hours, farmlands cover much of the Kispiox Valley area. Combined with proliferate fishing and hunting, the dream of moving 'back to the land', and escaping urban bustle and large industrial farms, is a reality.

If the goal is to provide a getaway sanctuary, this is also a viable option within this land. A cabin can provide refuge and solace in natural surroundings to hunt, fish, and enjoy the spectacular recreation known to the northern region.

The Kispiox and Hazelton Communities provide retail outlets, health and emergency support, a hospital, schools, and government services. Larger centers, Smithers (90 km), and Terrace (160 km) also have regional airports. The Hub and Capital of Northern BC, Prince George, is the confluence of railways, highways, and rivers. The highways, railways, and international airport provide vital transportation links.

Northwestern BC is a phenomenal region bursting with diversity and beauty. Mostly remote and tranquil, lush landscapes backdrop pristine waterways, lofty mountains, and pure air. The rivers and forests are teeming with an incredible variety of life and opportunity—attracting local and global attention.

The majority of people living in this region connect to the Skeena Watershed. The watershed is a vital transportation corridor, a food source, a place for people to live, one of the largest salmon spawning rivers in the world, and a critical habitat for other species. Nestled between the mountains of the Skeena River and the Kitwanga River Valley, the area cradles swamps, five rivers, and a chain of crystal clear lakes. A mossy forest playground surrounds the mountainous backdrop, prime for wildlife.

Kispiox is a Gitxsan village of approximately 550 in the Kispiox Valley, at the confluence of the Kispiox and Skeena Rivers in BC. Thirteen kilometres north of Hazelton, the Village is situated within the Kispiox Indian reserve, managed by the Kispiox Band Council. The Band is governed by an elected body consisting of nine Councilors and one Chief Councilor. Having an area of 1,650 acres, the community is one of six ancient Gitksan communities in the area today.

Hiking in and around this stately area is vast and diverse. All levels of hiking are embraced, from short, relatively easy family hikes to challenging treks and scrambles up steep inclines. Views from lookouts, the alpine meadows and lakes, forest groves, canyons, and rivers with sandy beaches are well worth the effort. Photography opportunities and viewing of wildlife and fauna are abundant.

Fishing the Kispiox River in July is the most productive for summer-run Chinook salmon. The river is still somewhat milky from snow melt, but the prospect of landing these big bright silvery fish proves to be too much of a lure. The river does gradually clear throughout August and September.

The Kispiox is undoubtedly among the rivers producing the world's largest steelhead, but it can be somewhat capricious or erratic. Although a few steelhead start appearing in September, October is generally the most productive month. Barring an early freeze-up or rainstorm, November can have great fishing, but that month is notoriously unreliable.

The Skeena River is reknown for world-class fishing, particularly salmon. Chinook, tyee, spring, chum, coho, pink and sockeye, and steelhead ply this essential river. With 5 million spawning salmon a year, the river is second only to the Fraser River's capacity to produce sockeye salmon.

Organizers of the Kispiox Music Festival in New Hazelton have announced that they will be planning for a festival in 2022 at the Kispiox Valley Community Grounds. The festival has not been held since 2019 and will be a welcome shot of musical joy and festivity.

There are approximately 24 totem poles that House Groups privately own. Some date as far back as 1880 and as recent as 1995. The much-admired Kispiox totem poles stand in the grass at the edge of the community where the Kispiox and Skeena Rivers meet. Carved with Eagle, Raven, Frog, Killer Whale, Bear, Wolf, and Human figures, they commemorate the House/Family history, signify ownership and offer insight into the heritage of the Gitksan people.

The characteristic figures on totem poles are symbols comparable to family crests. They illustrate historical events that occurred in a House's past. If the historical event involved several Houses, those Houses may share the crest. The pole's owners display their crests on the pole to establish and make public their claims to vested rights and privileges. They varied with each family and were exclusive property to be guarded. 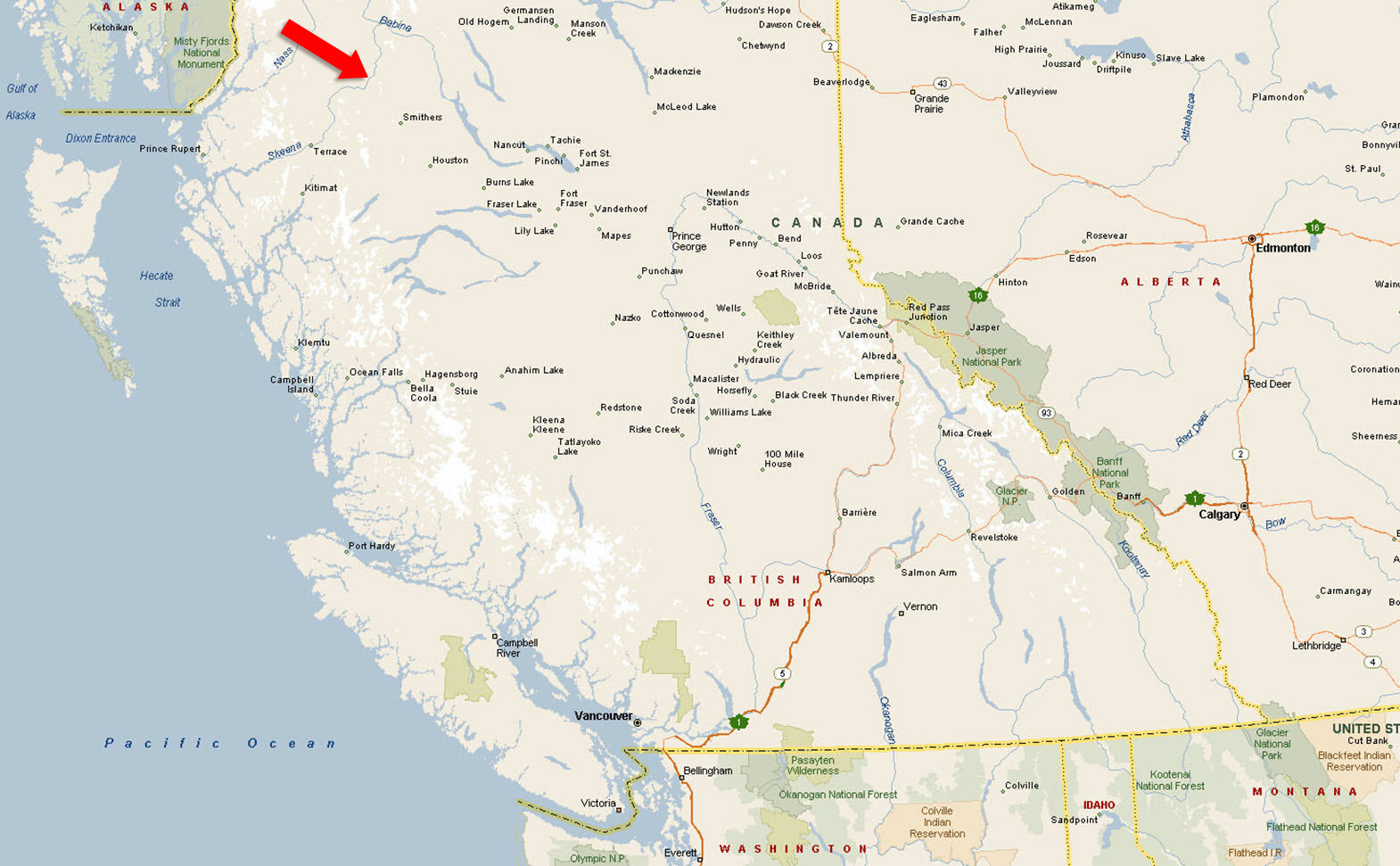 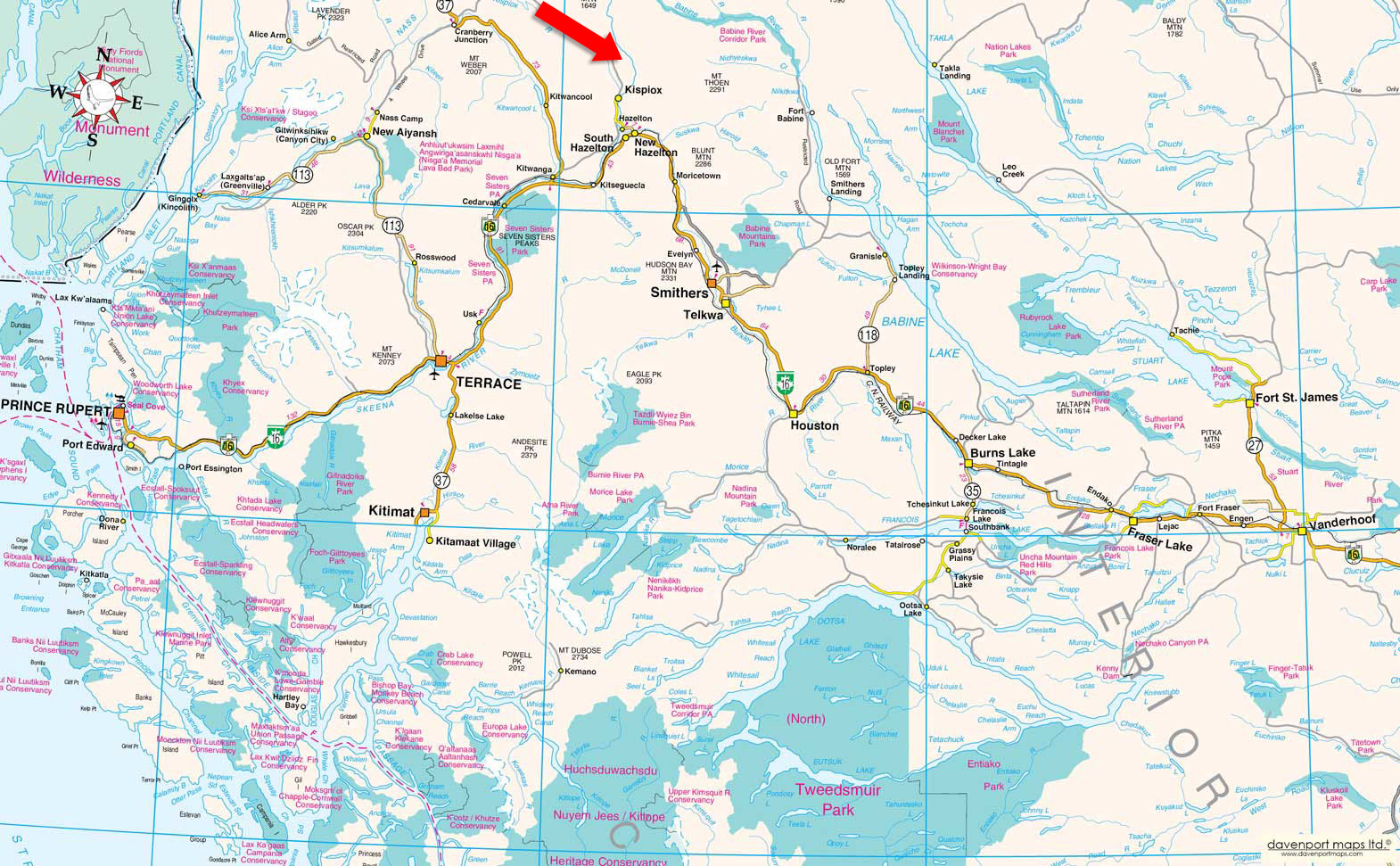 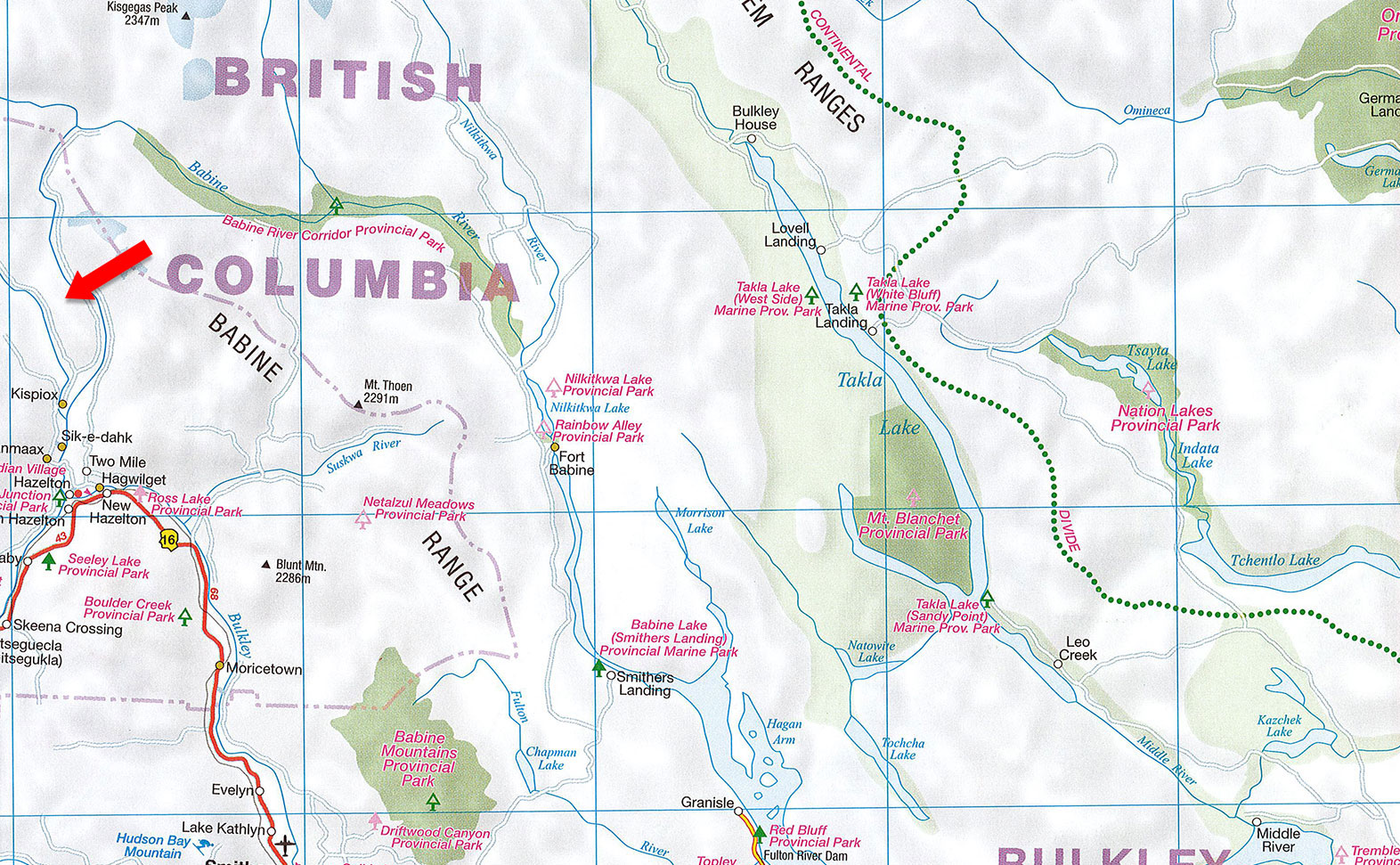 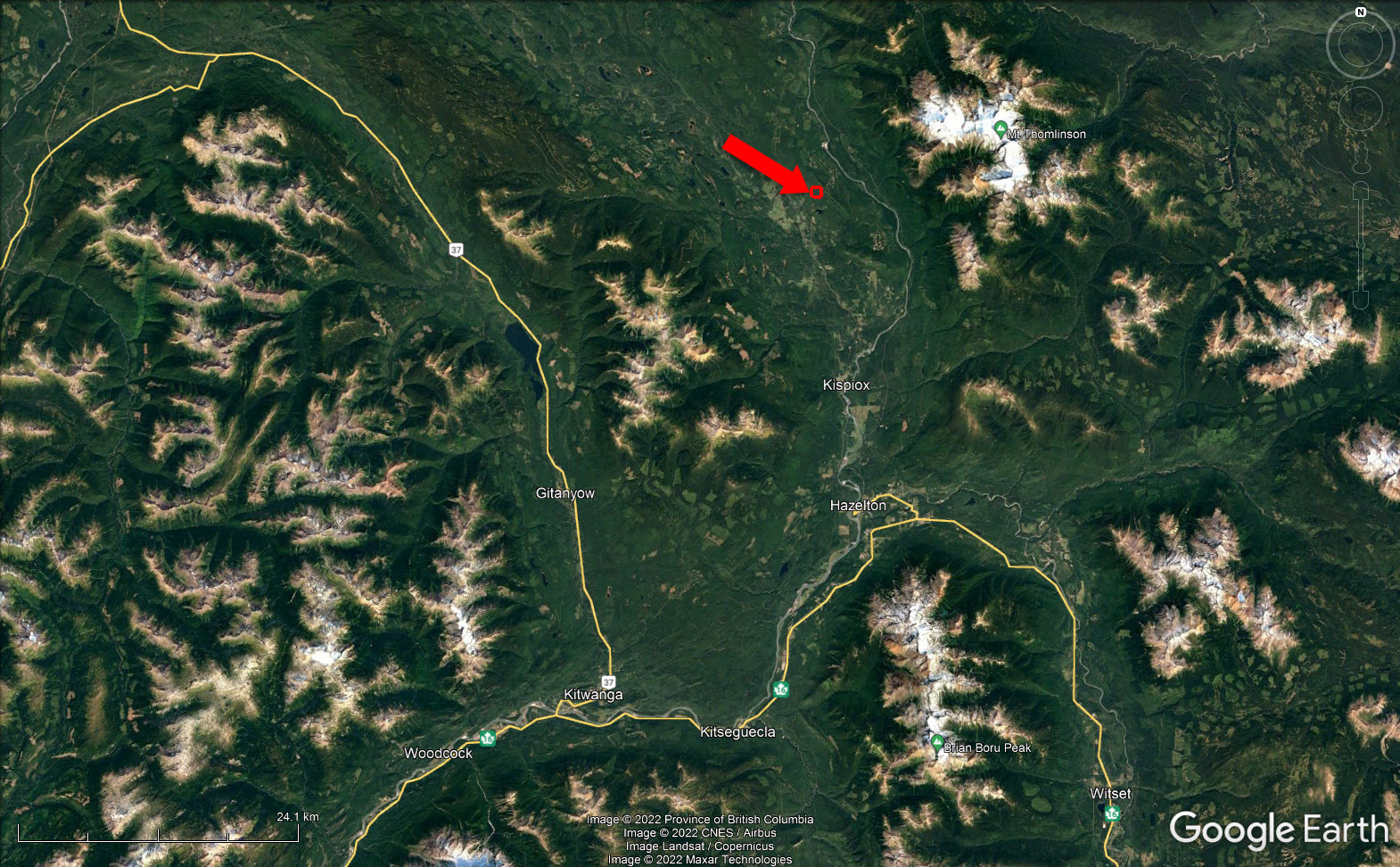 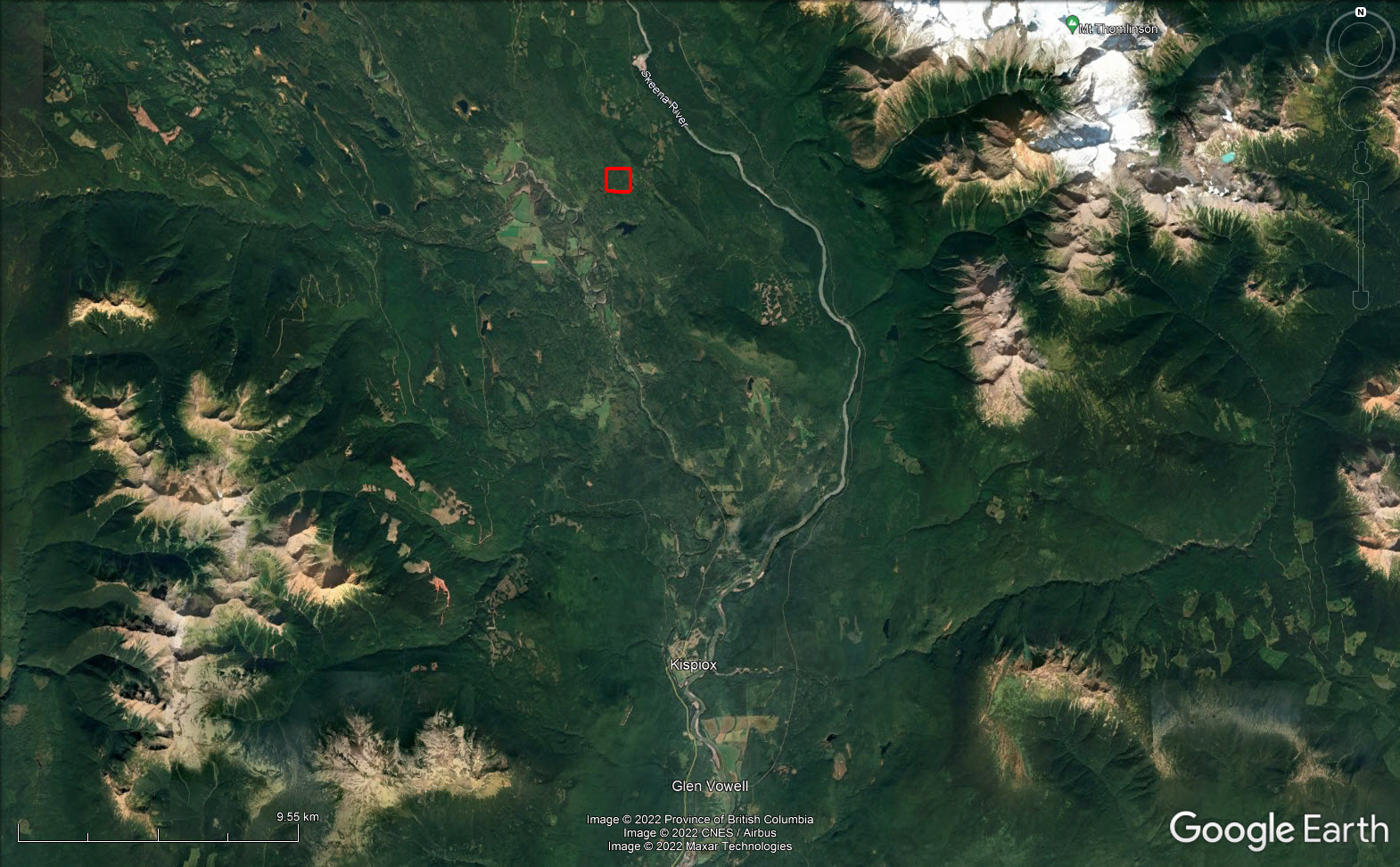 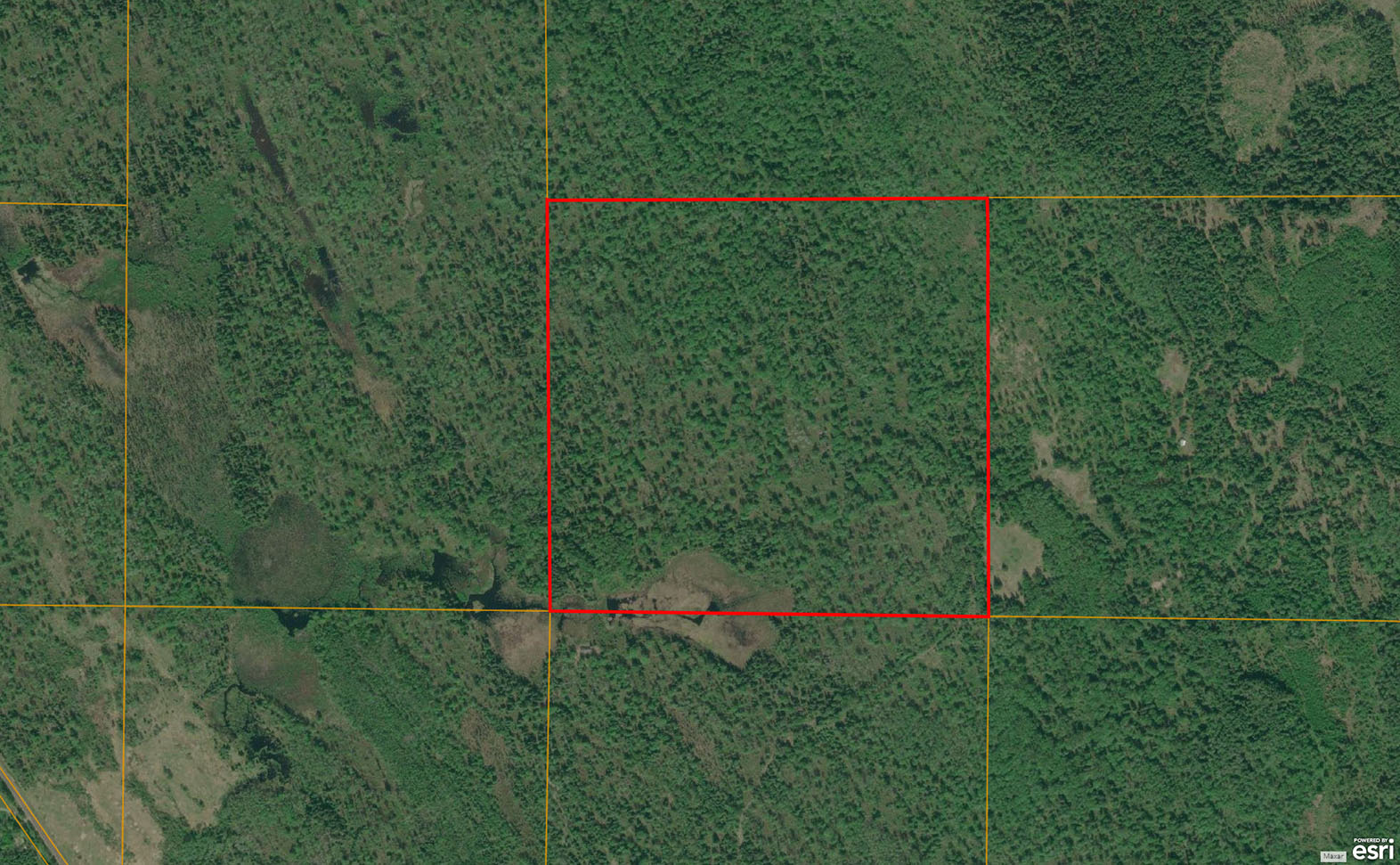 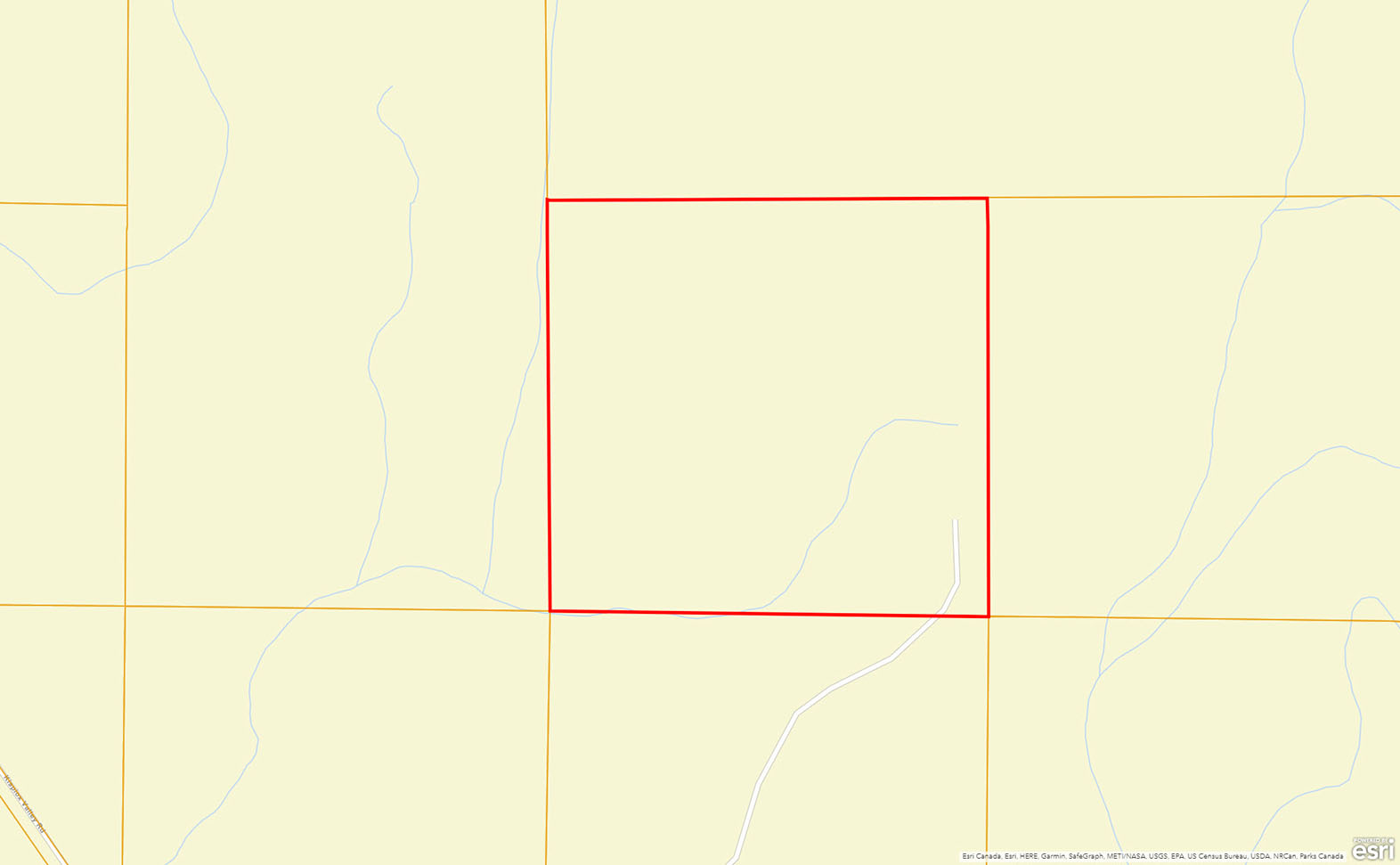 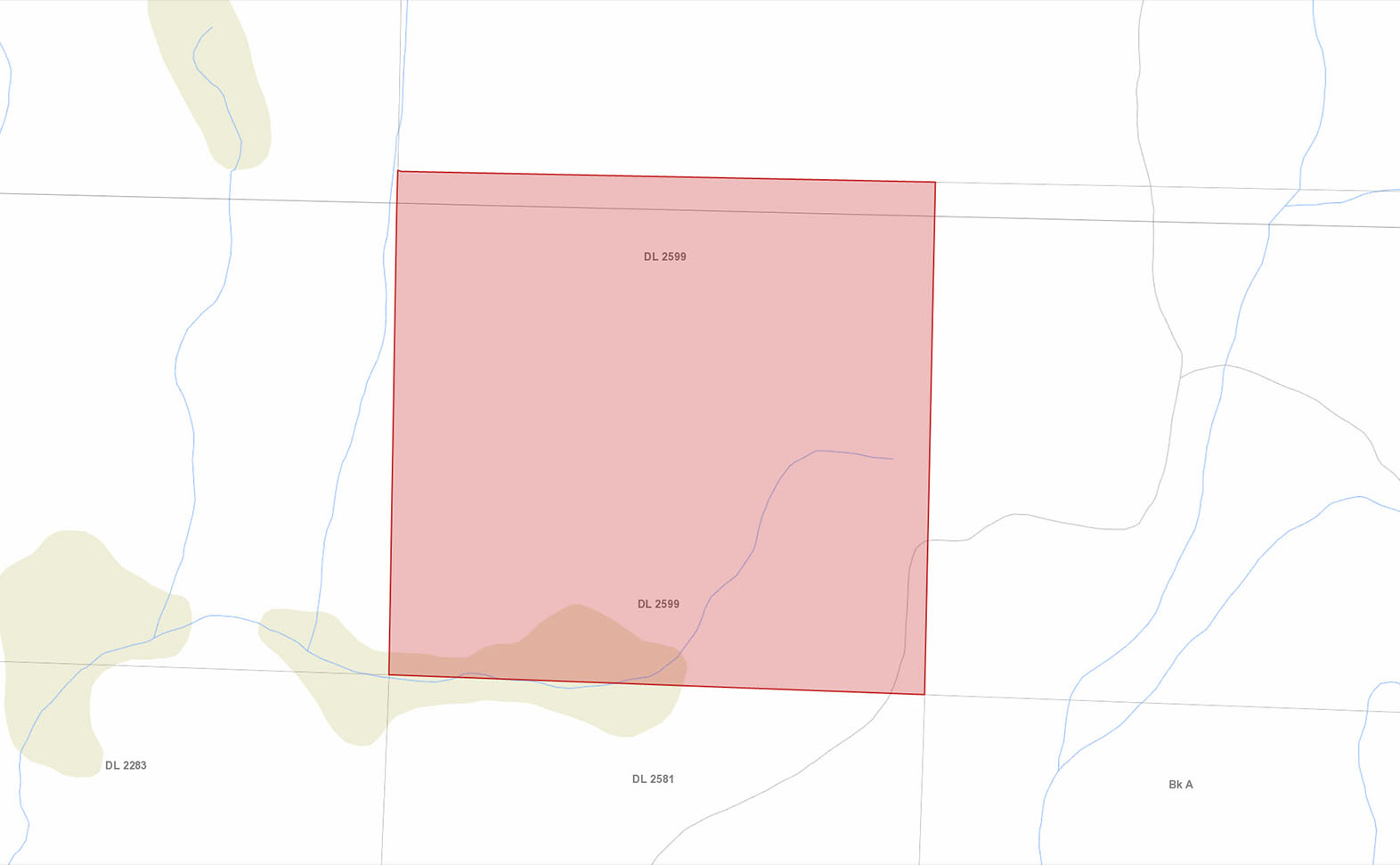