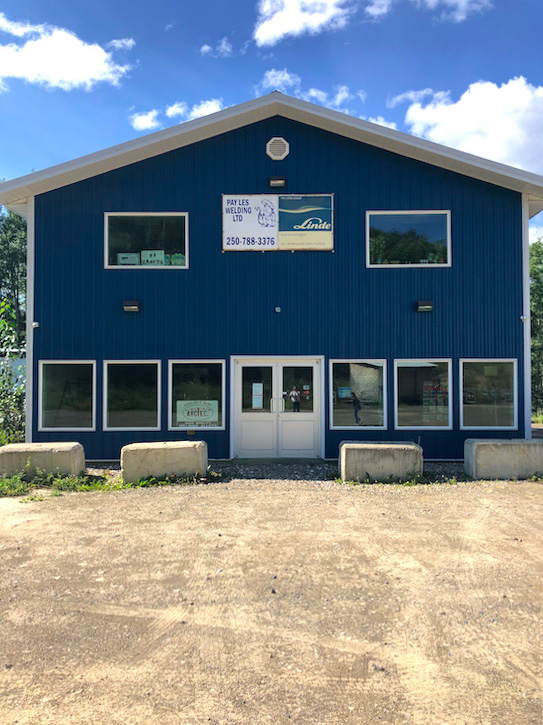 Peace River & Northeastern BC Listing No. 20156 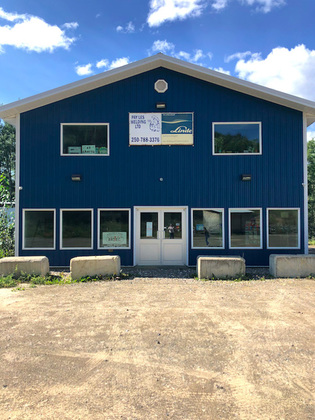 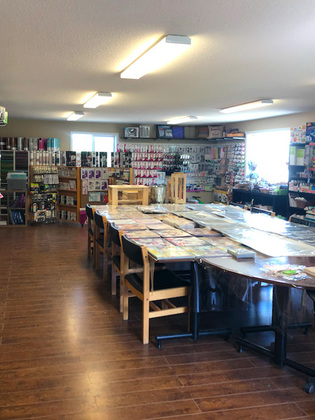 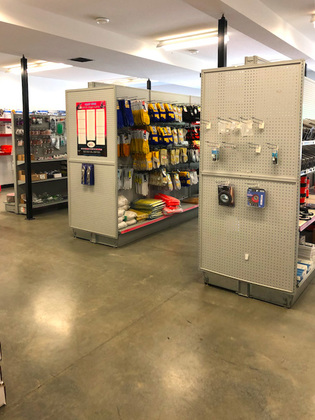 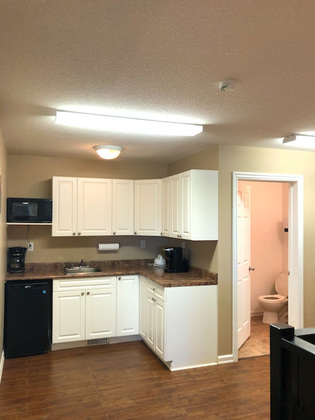 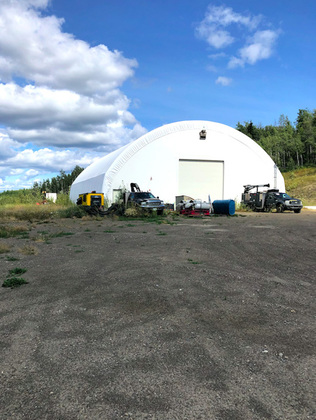 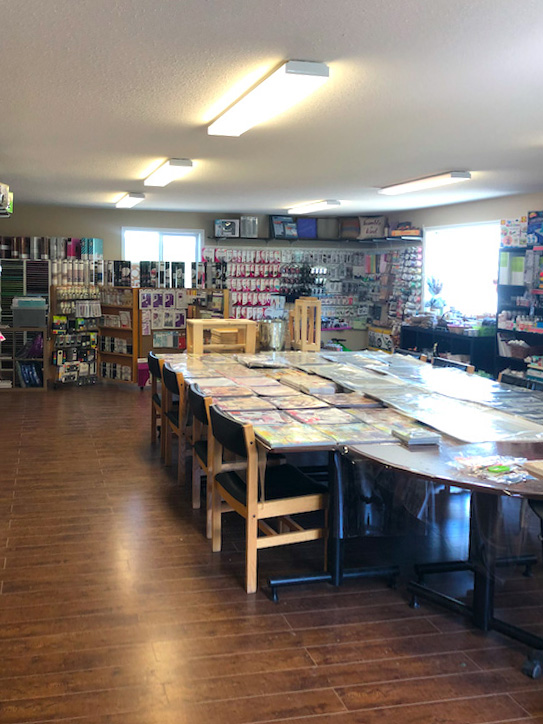 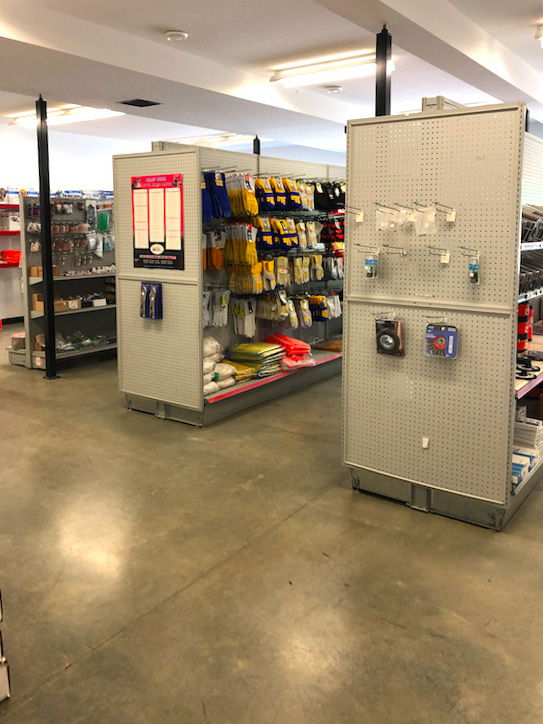 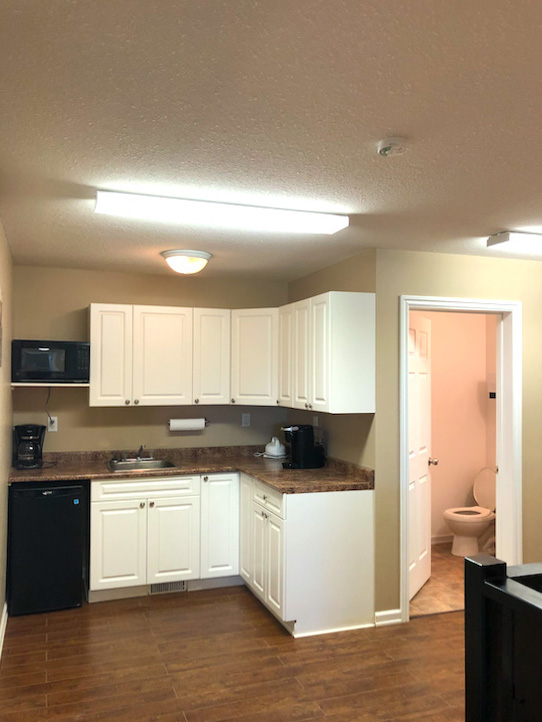 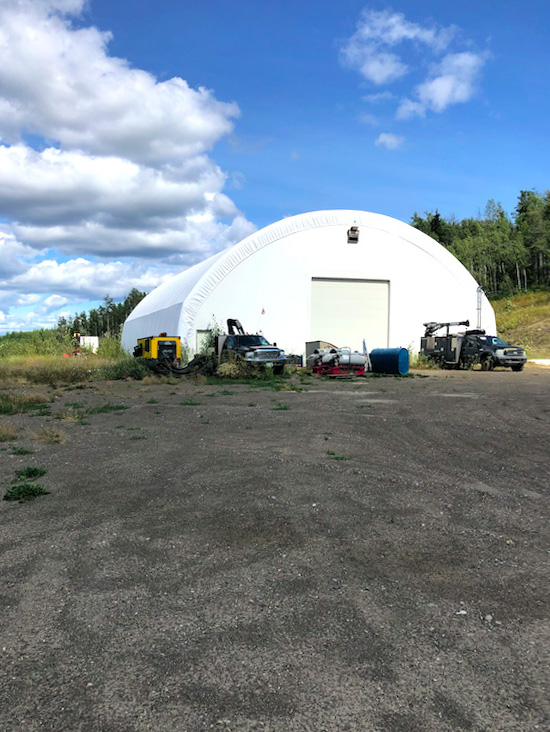 Nearly 16 acres of industrial zoned property with large shop and well-built retail/office space. Situated only minutes from Chetwynd, and with exposure/easy access to the John Hart Highway, this site presents a great investment opportunity to a new owner.

The shop is roughly 6,400 ft2 with a 18' x 18' overhead door and electrical plugs throughout. There is also a built-in air compressor system. The back end of the building is framed for a 30 ft wide door if a new owner wanted to a drive through setup. There is 400 amp service available with a three-phase converter. This is an excellent building to run a heavy duty mechanic business, welding fabrication shop and much more.

The office/retail building was constructed in 2011. The main floor offers enormous retail, storage and office space. The upstairs portion of the building offers several offices, more retail space and several washrooms. The building is metal clad and very well constructed. This building is a wonderful compliment to the main shop building and can be utilized as an administration office for the shop, or as an independent retail store.

The main yard on the property is spacious permitting for the easy movement of large equipment, vehicles and material. There is the possibility to convert some of the additional acreage into additional usable lands.

The property is on the municipal boundary of Chetwynd, reducing its annual property tax. This is an excellent location to start and grow your business in a bustling, resource-rich community.

The Peace River region of British Columbia lays claim as the most robust and diverse economic region of the province outside of the Lower Mainland. The regional GDP has exceeded $6.6 billion over the last several years and employment opportunities abound. The region also possesses 40% of the cumulative provincial ALR lands. This statistic demonstrates the regional economic reliance on agriculture.

The region’s annual average temperature rests between -2.9 to 2 degrees Celsius and the region receives approximately 330-570 mm of annual precipitation. The area possesses rich, fertile soil and produces more wheat, barley and grass seed than any other region of the province. The continual flooding and retraction of the Peace River thousands of years ago created the flat topographical landscape that makes up the Peace River today. The continual dispersion of sediment and nutrients by this major watershed, and other river systems throughout the area, created to the highly productive growing soils found throughout the region today.

The city of Fort St. John is the most populace municipality in British Columbia’s Peace River Region with a population of 20,155. The oil and gas sector continues to be the primary economic driver of the municipality with over 15% of Fort St. John residents employed directly in the industry. Most regionally active oil/gas exploration, production and servicing companies have offices located in Fort St. John, which serve to boost other businesses particularly those in the service sector.

Major economic announcements regarding the $42 billion LNG Liquefaction Facility in Kitimat, and associated $600 million pipeline, intended to tie the Peace River’s Gas fields to the Kitimat LNG facility, shall ensure prosperity and economic growth in the Peace River for years to come.

Chetwynd itself is currently experiencing an economic boom. Serving as the gateway to the Peace River region and British Columbia’s interior, the town is a jumping off point for travelers and oil/gas infrastructure transporting product to refineries on Canada’s West Coast. Chetwynd is the ideal investment town for a large industrial property.

Fort St. John is rich in history and discovery. For instance at Charlie Lake Cave, located 7 kilometres north of Fort St. John, archaeologists have uncovered artifacts from a Paleo-Indian settlement that was active there more than 10,500 years ago.

It is also interesting to note that Fort St. John is the oldest non-native settlement in British Columbia. The town was first built in 1794 when it was called Rocky Mountain House. It was a staging point from which further incursions into Northern BC could take place. It was the Second World War which was responsible for expanding the infrastructure through the Fort St. John region with the construction of the Alaskan-Canada Highway.

In 1951 the region gained fame, as a major producer of oil and gas in British Columbia. In that year the "Fort St. John No. 1" well hit gas at a depth of 1,524 metres. A few months later, in January 1952, the first deep well hit gas at 4,418 metres. Drilled on the Bouffioux Farm, that well is still producing today.

Transportation / infrastructure improved at a rapid rate after that. In 1952, the Hart Highway finally connected the region to the rest of British Columbia, and in 1958 the Pacific Great Eastern Railway arrived in Fort St. John. That ease of transportation has allowed the region's agricultural and forest industries to compete in distant markets. 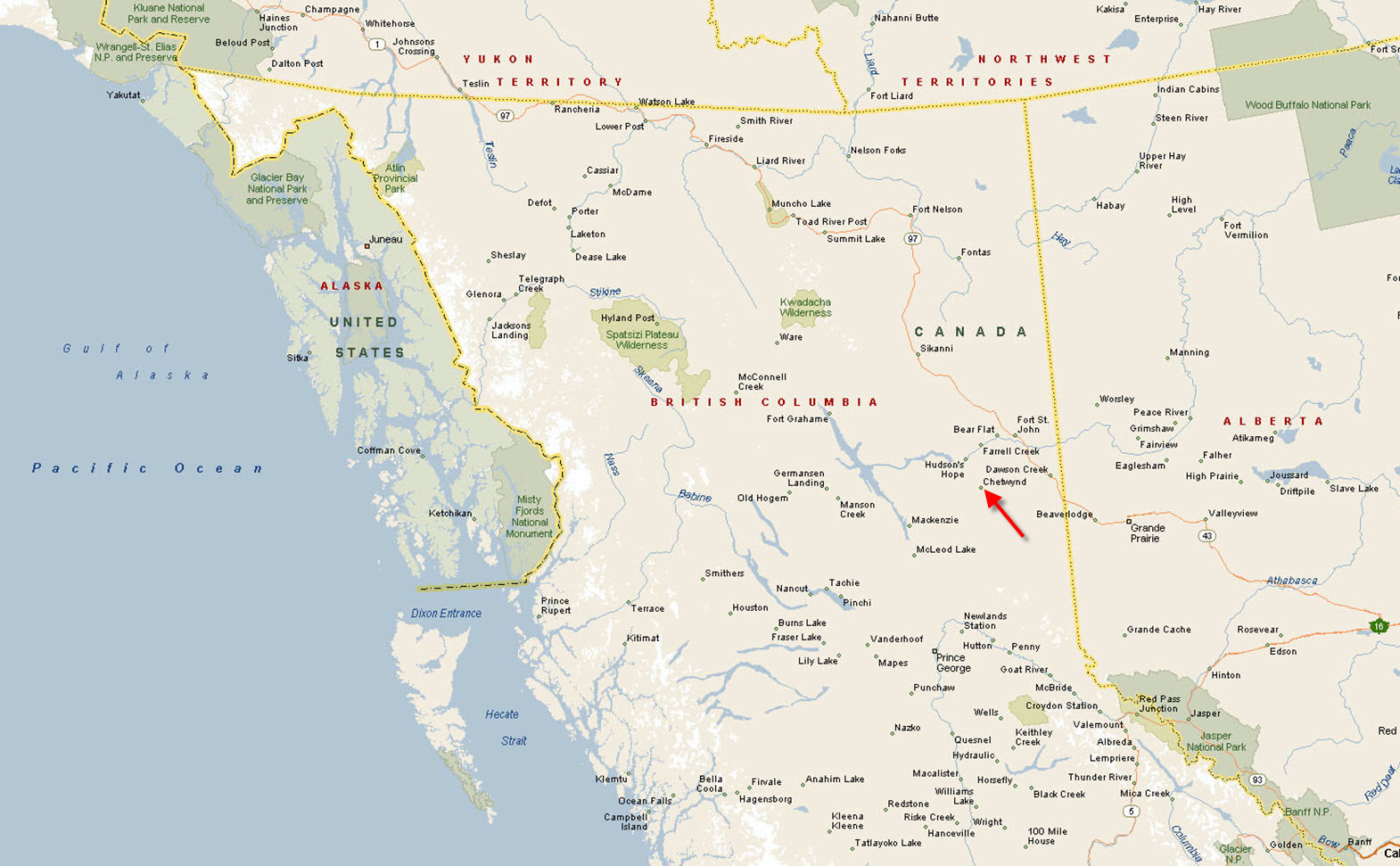 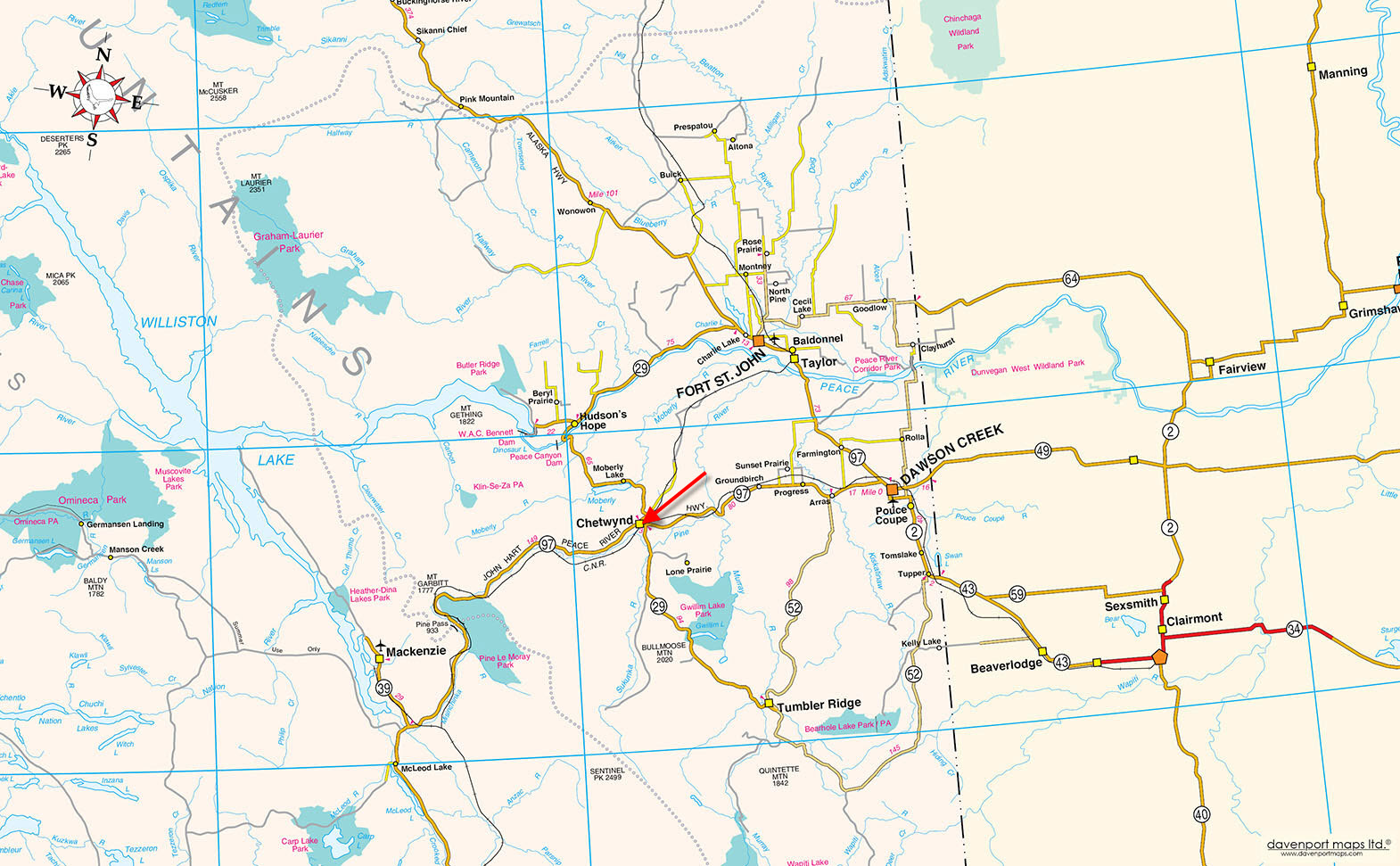 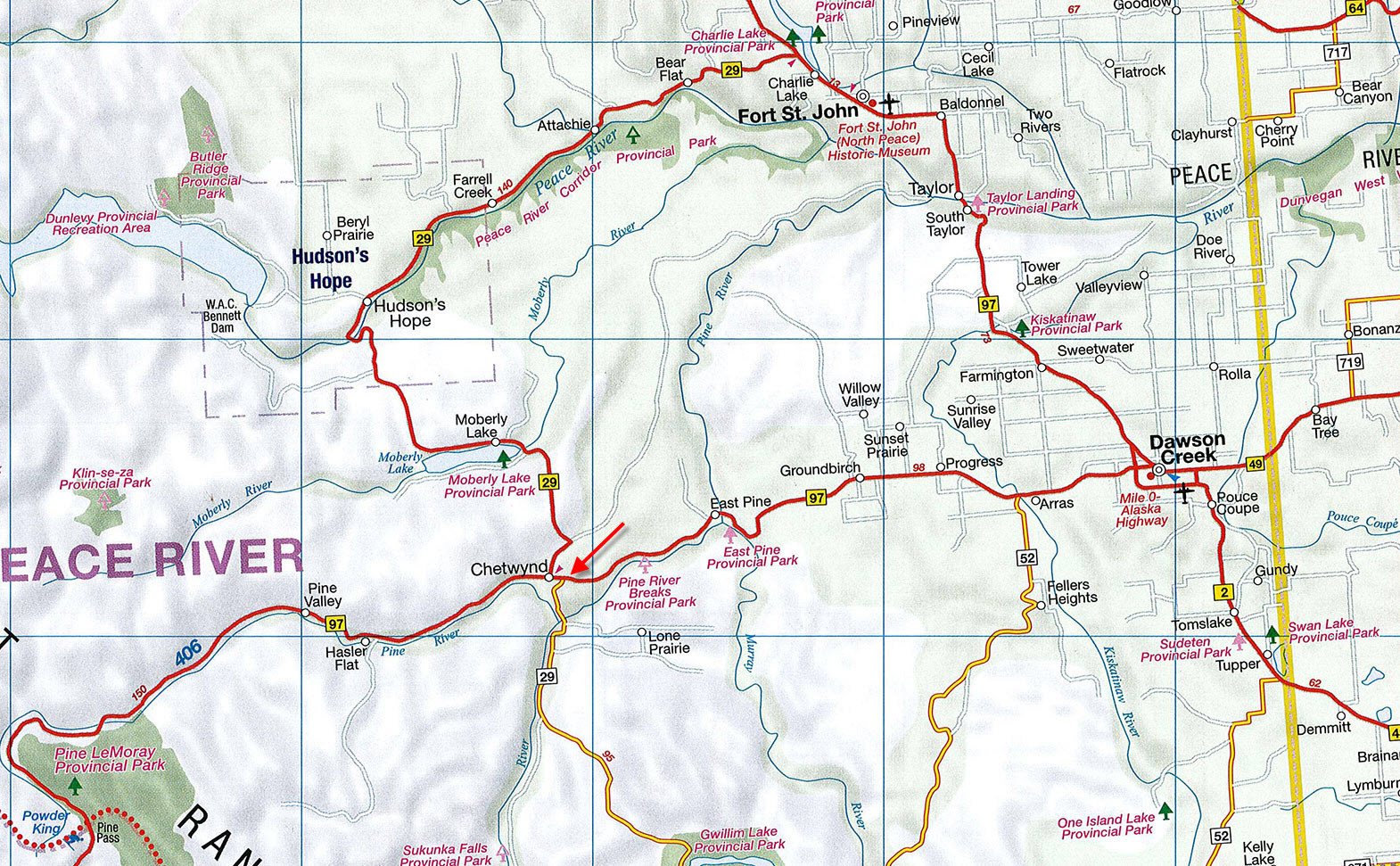 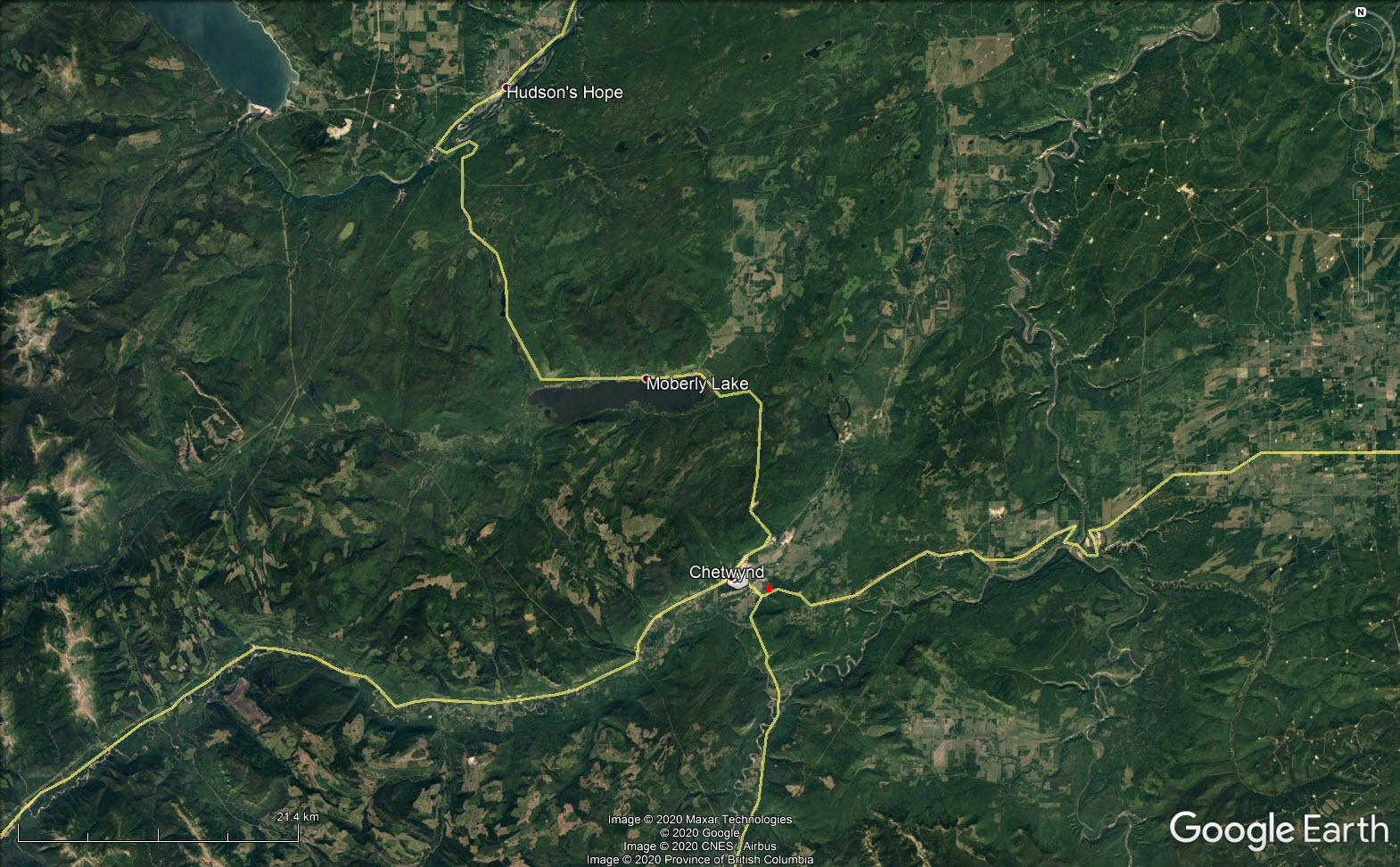 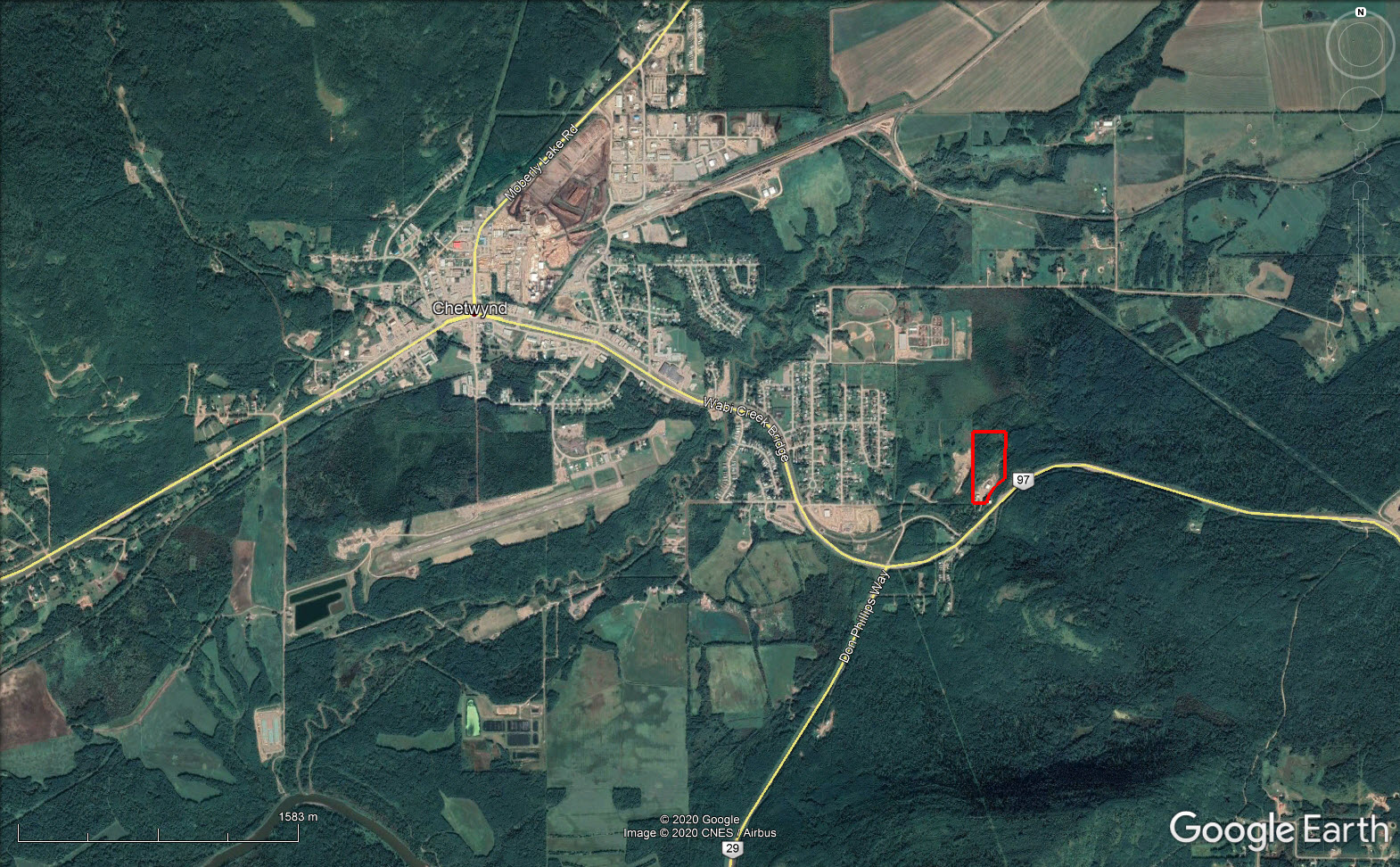 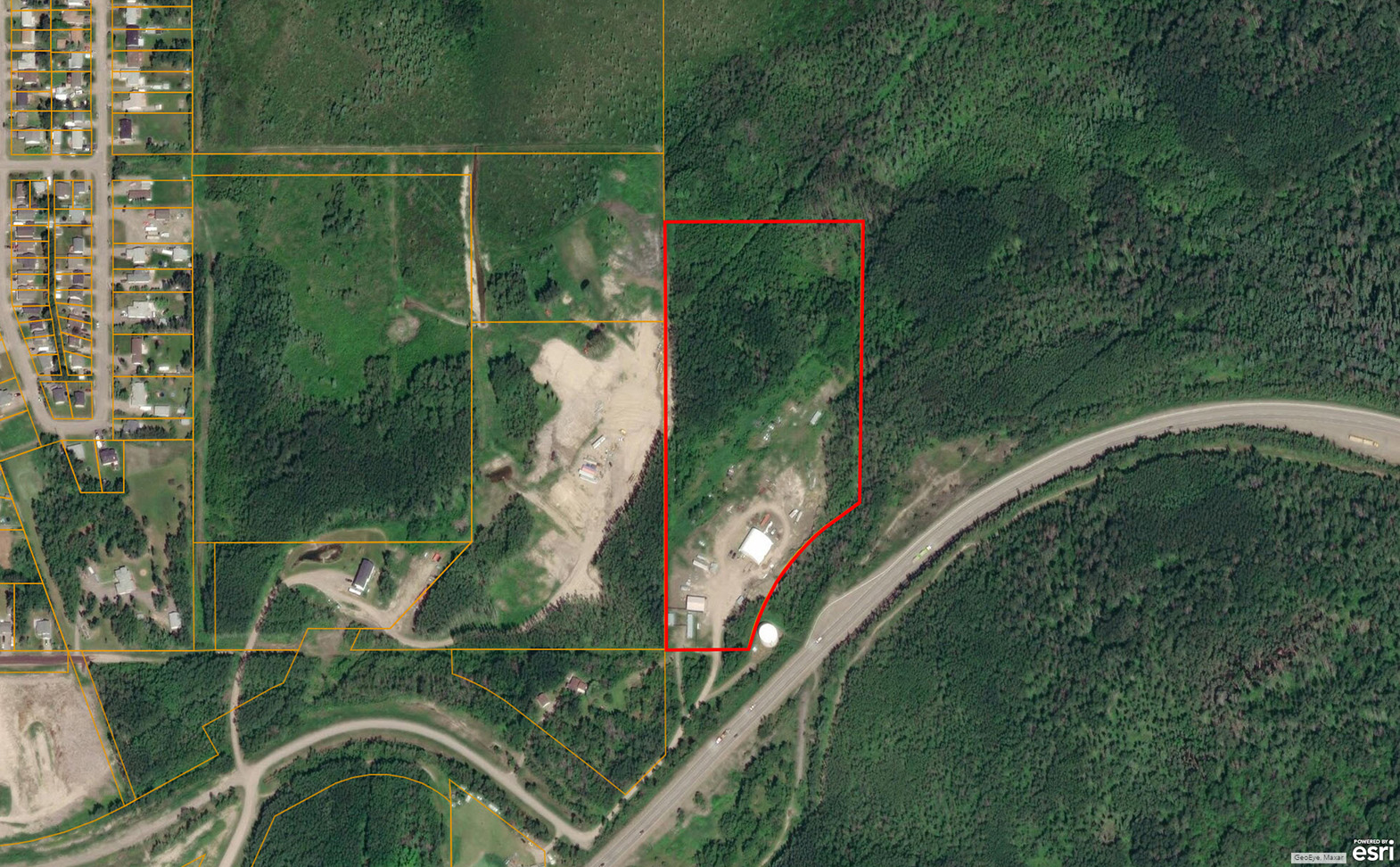 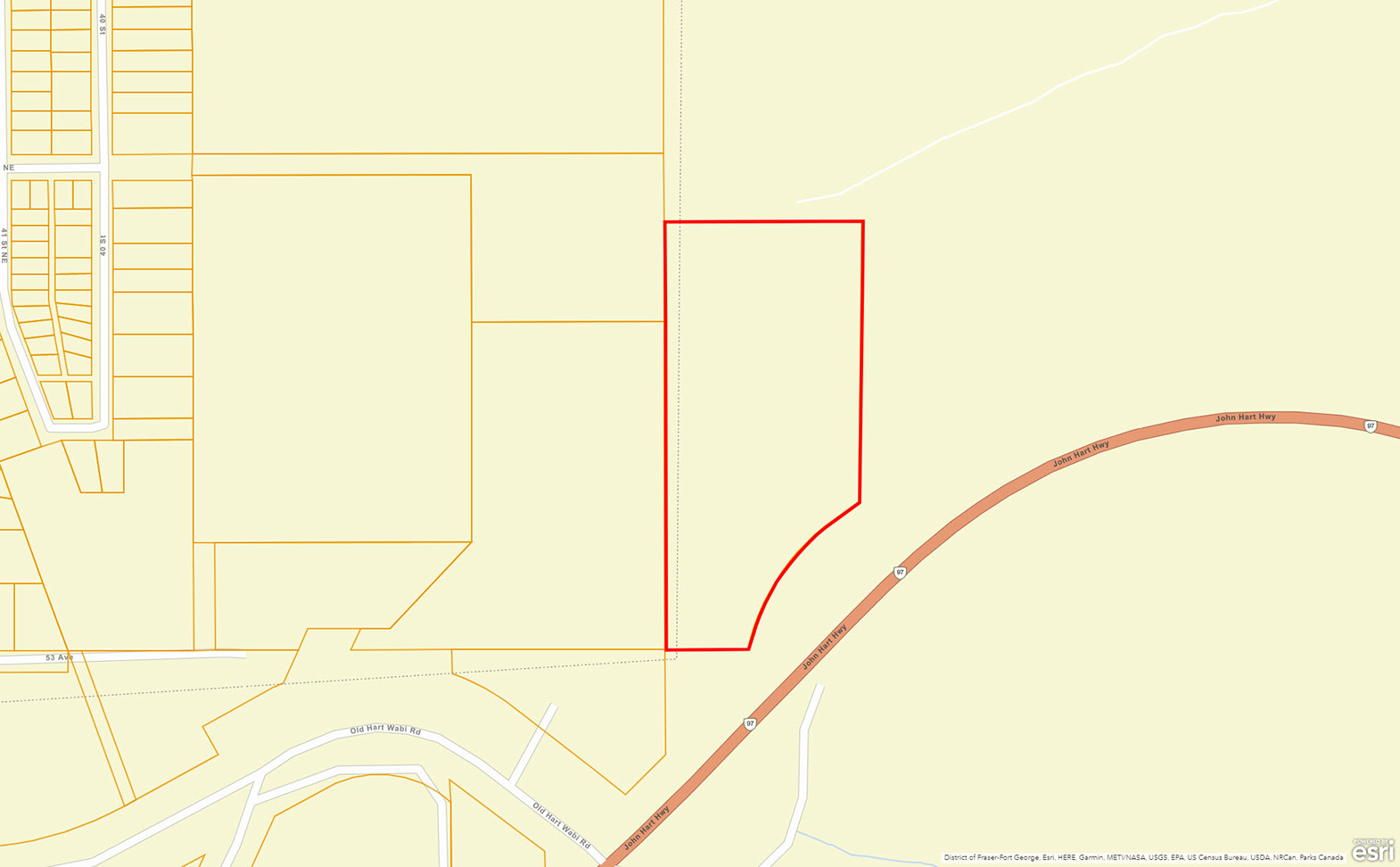 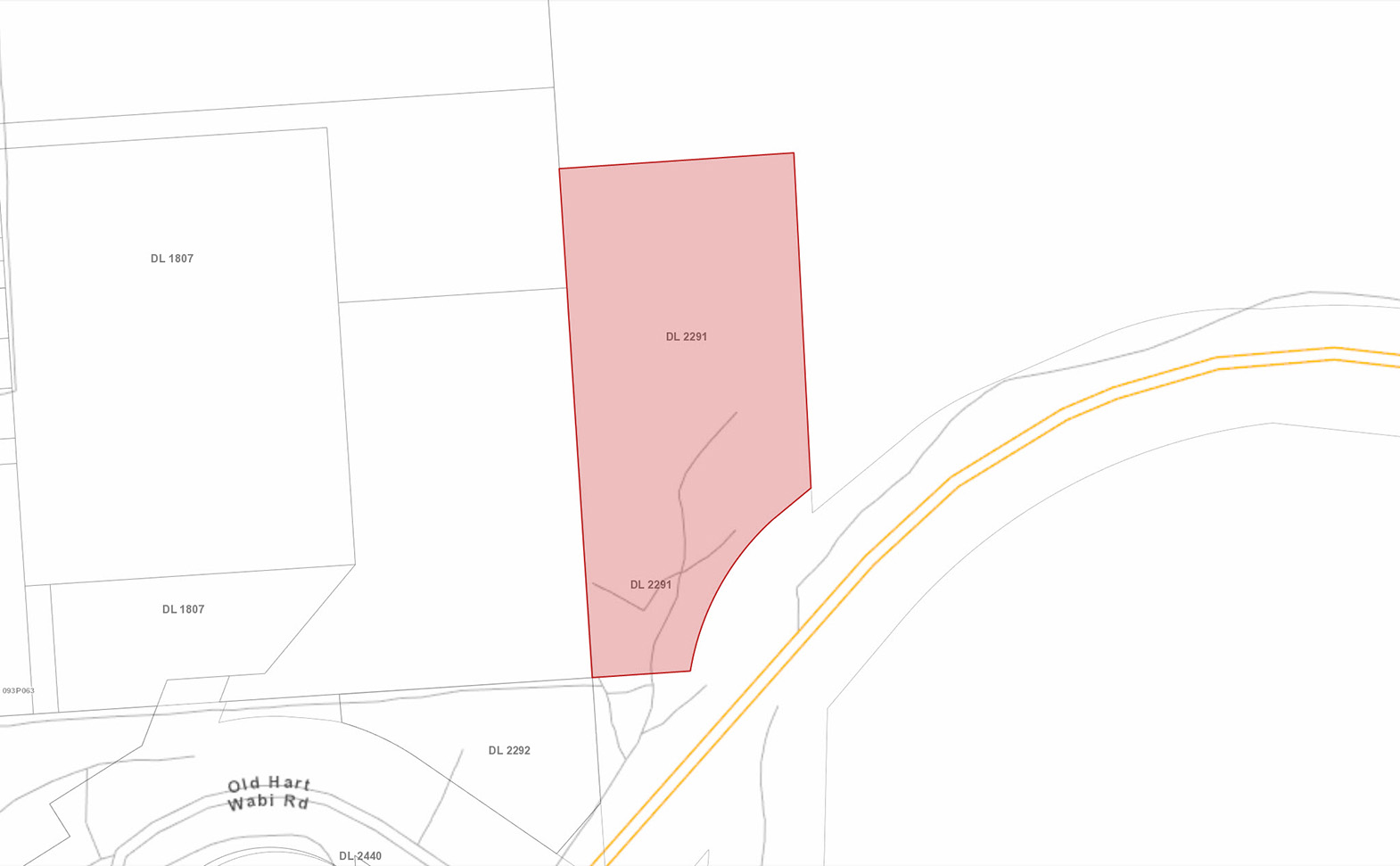