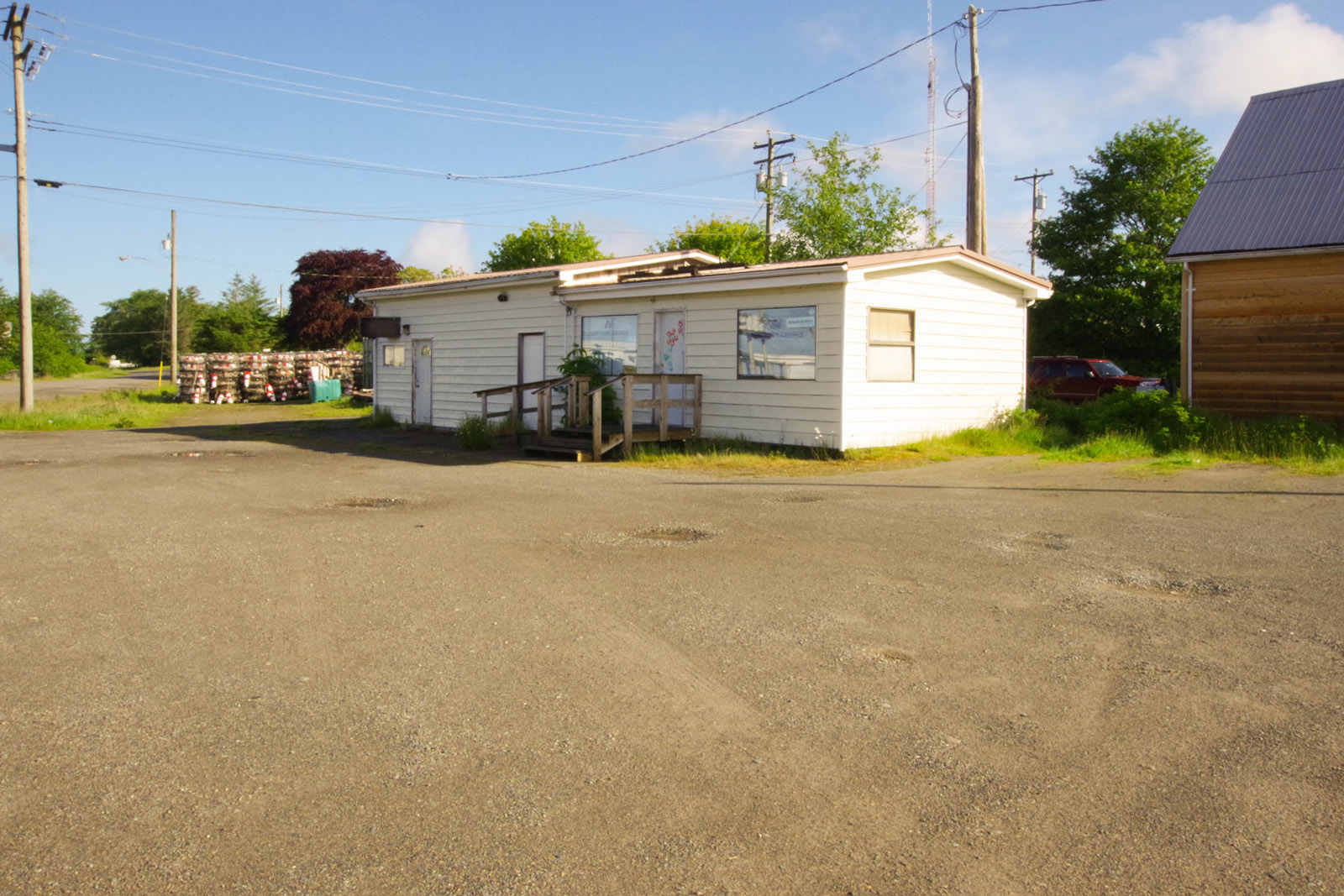 An affordable investment good rate of return on this office building and land in Downtown Masset. Currently vacant, with office space short in supply. Room for expansion on the property. 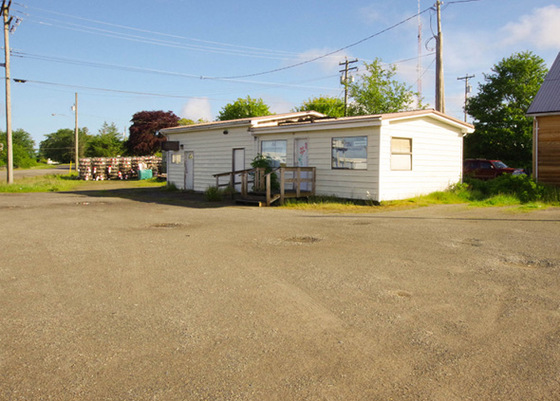 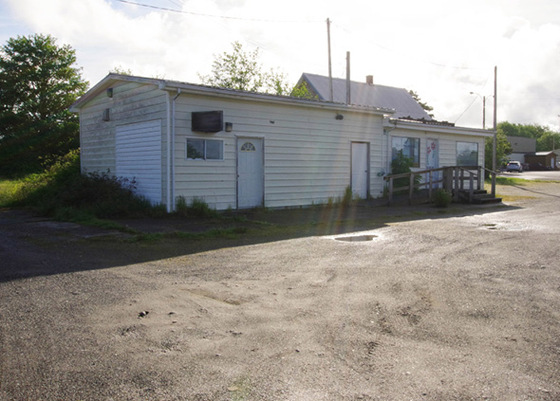 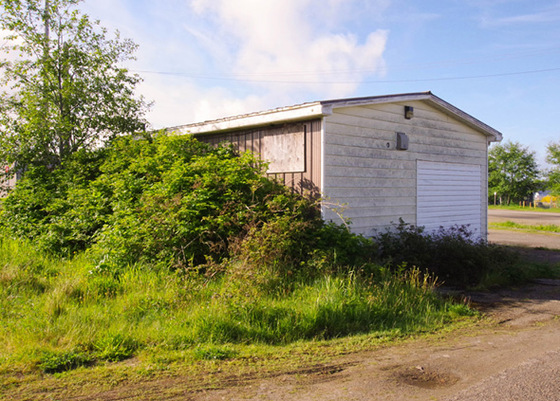 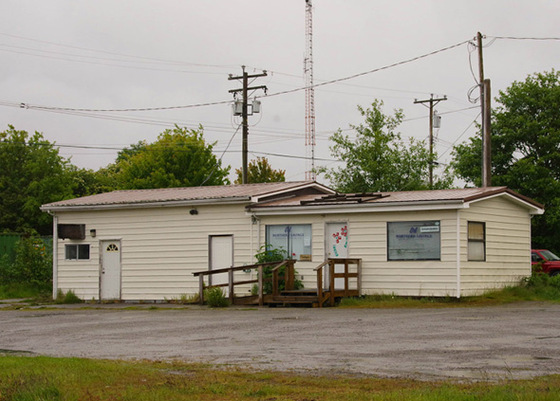 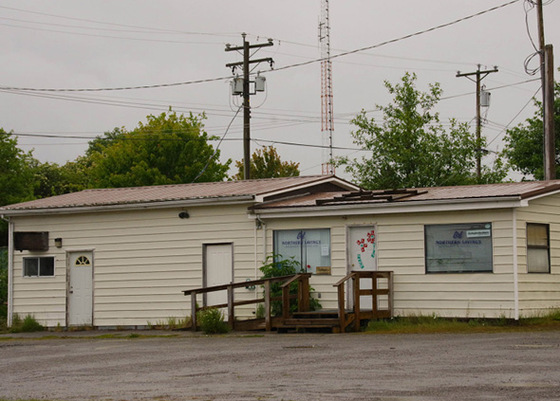 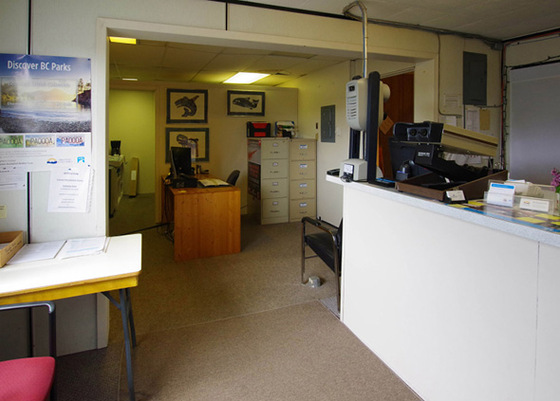 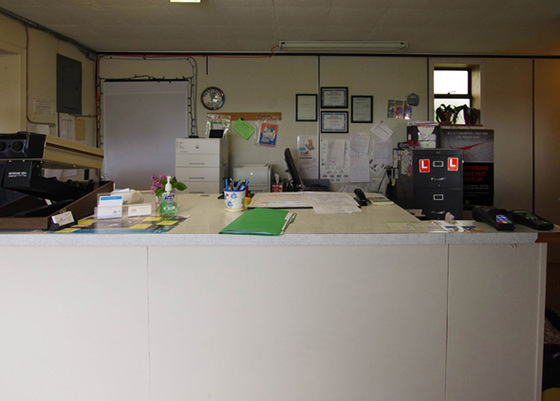 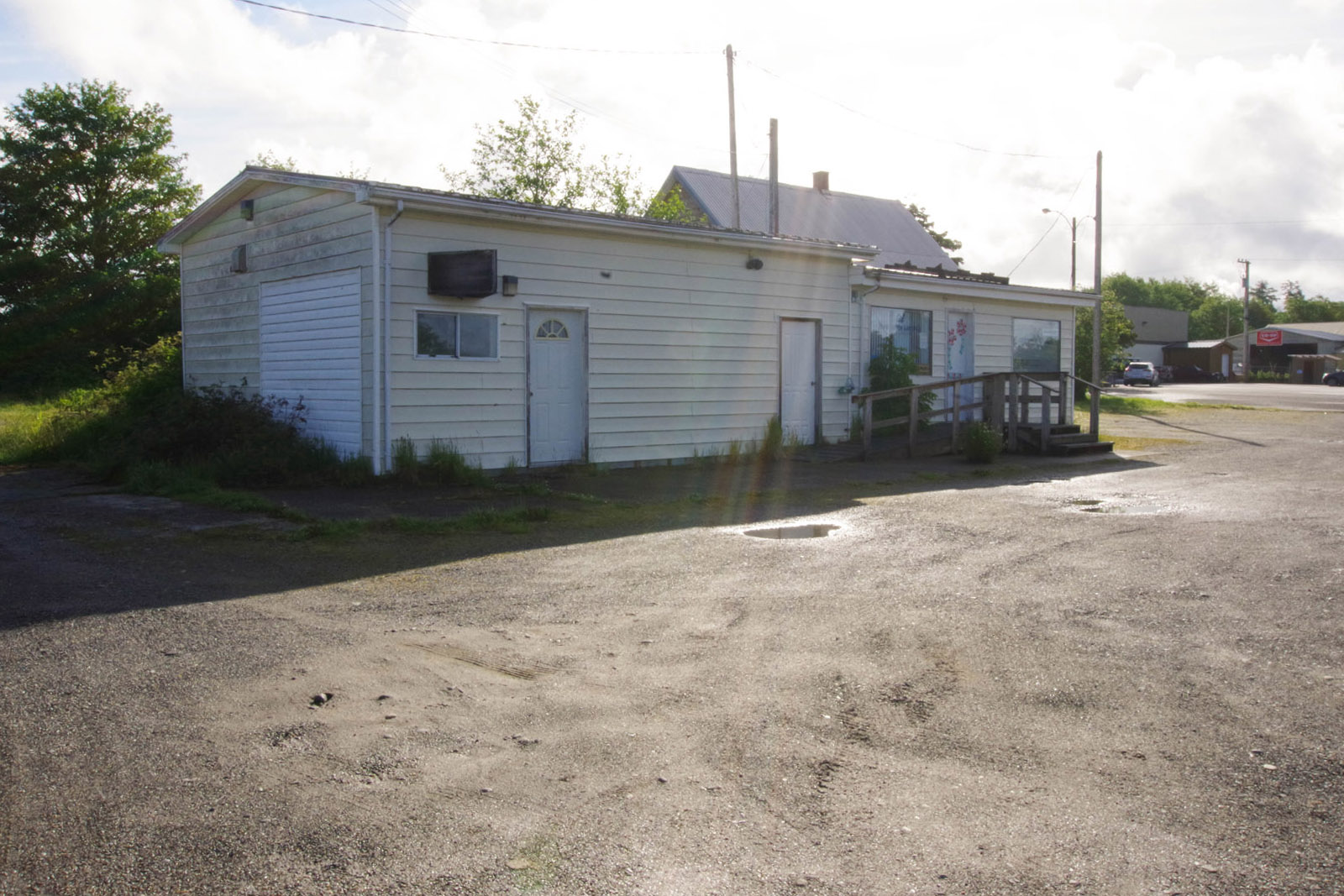 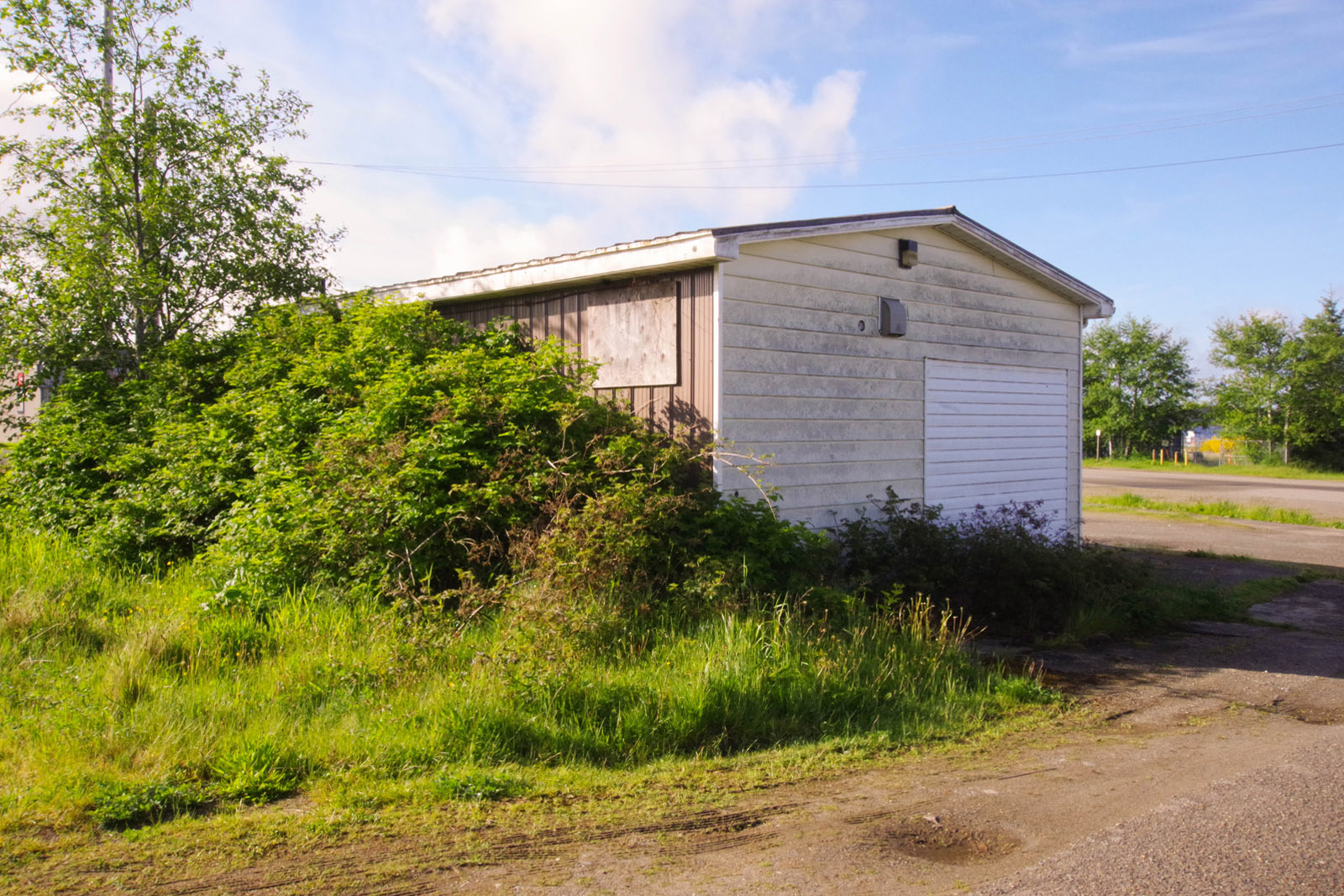 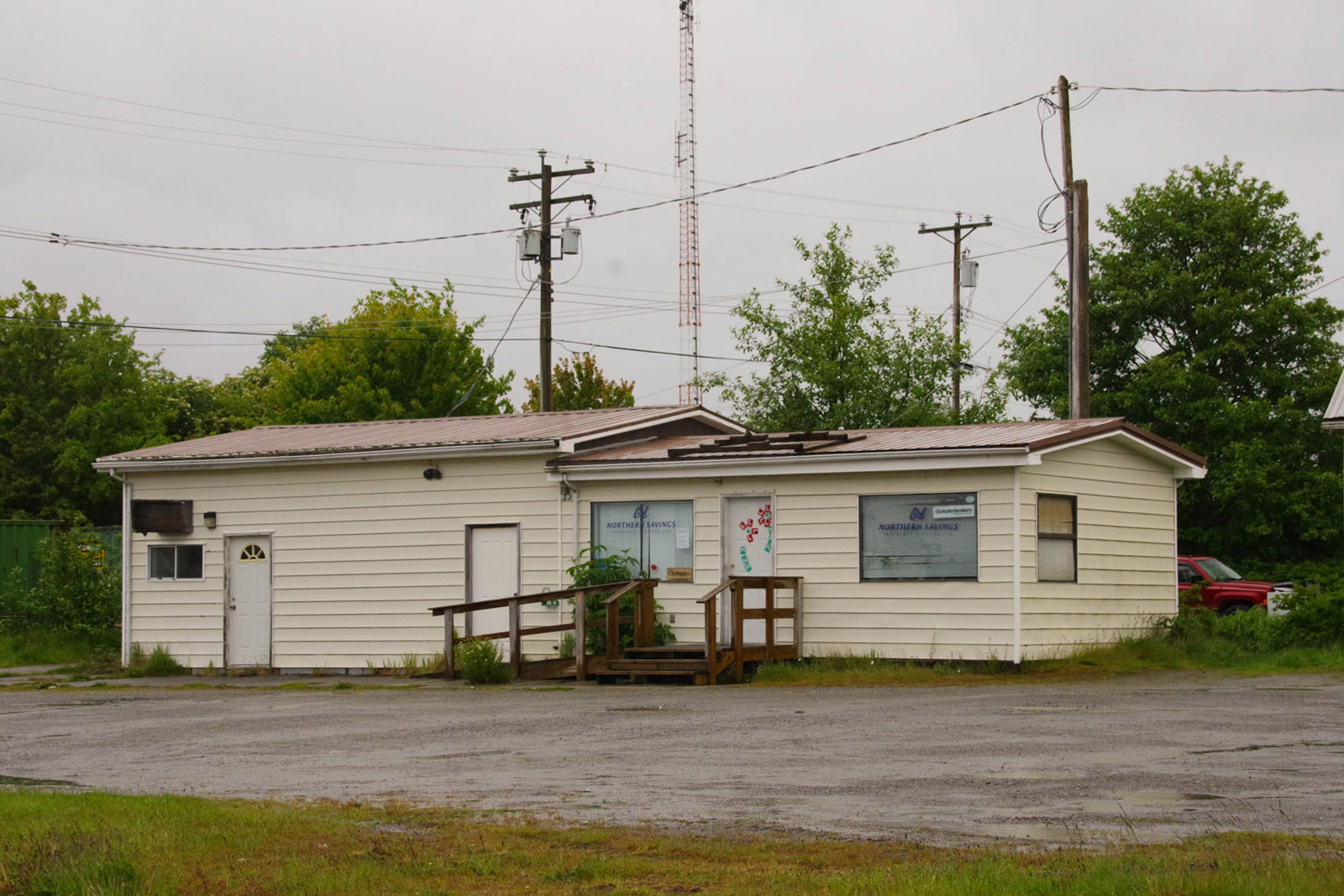 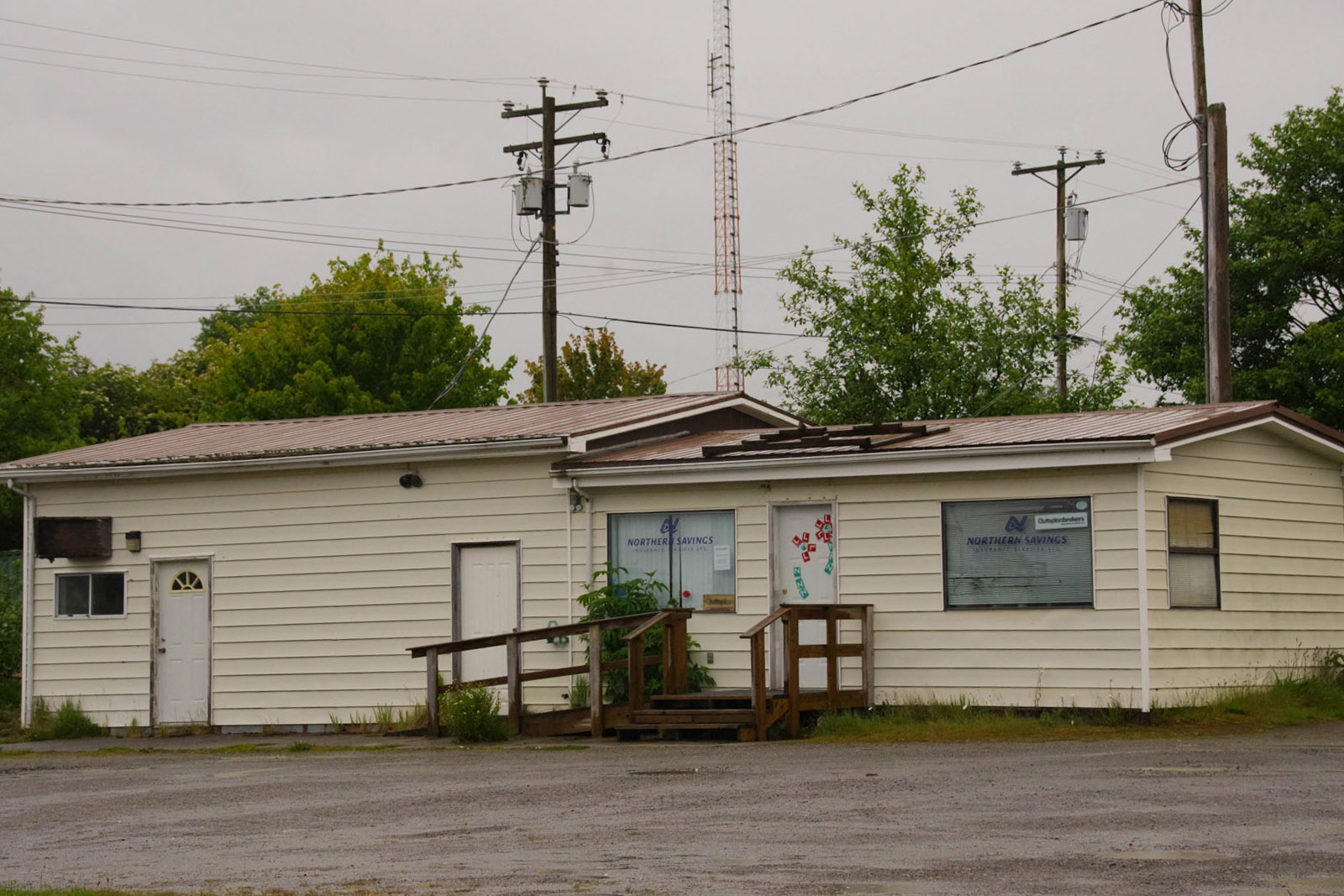 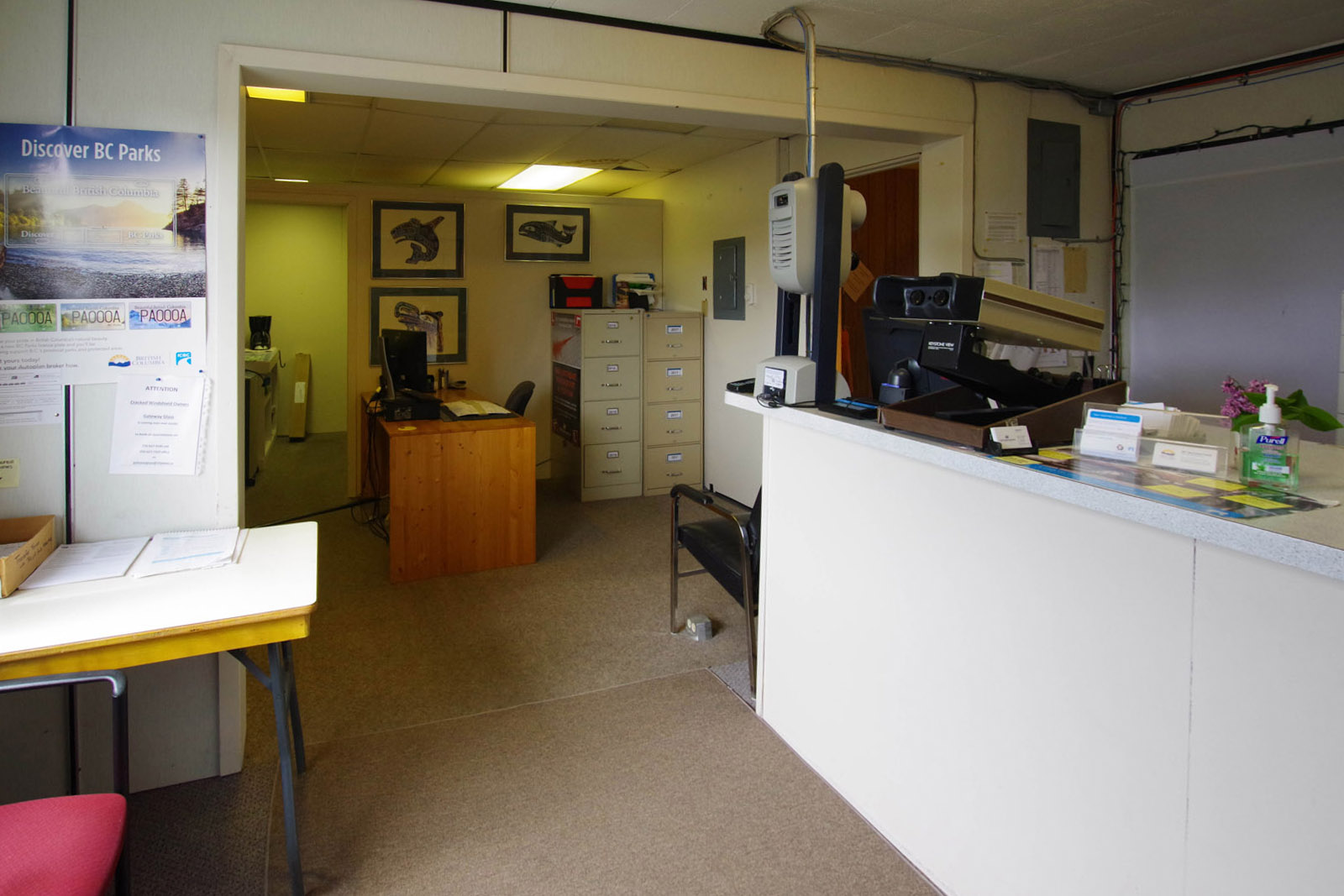 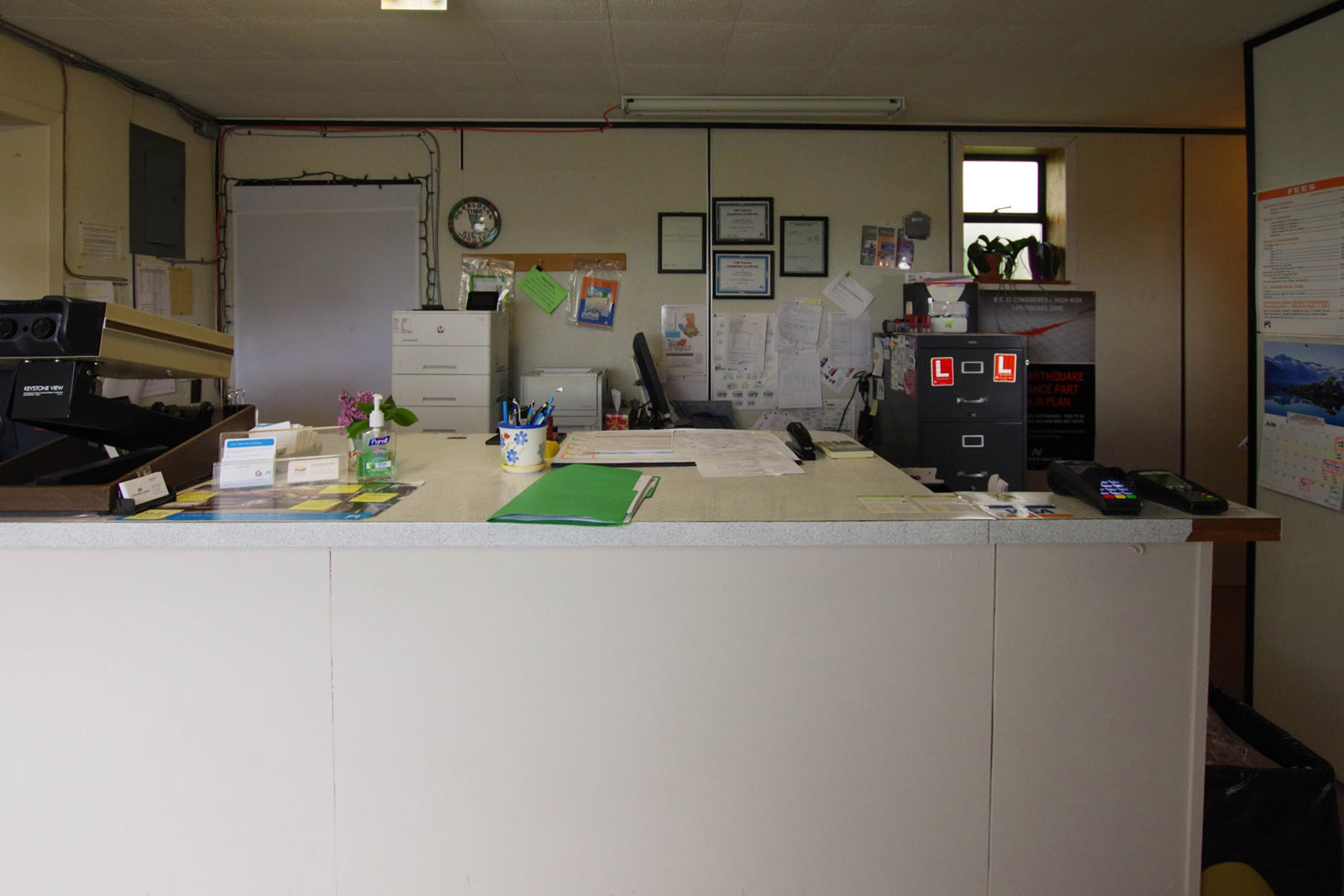 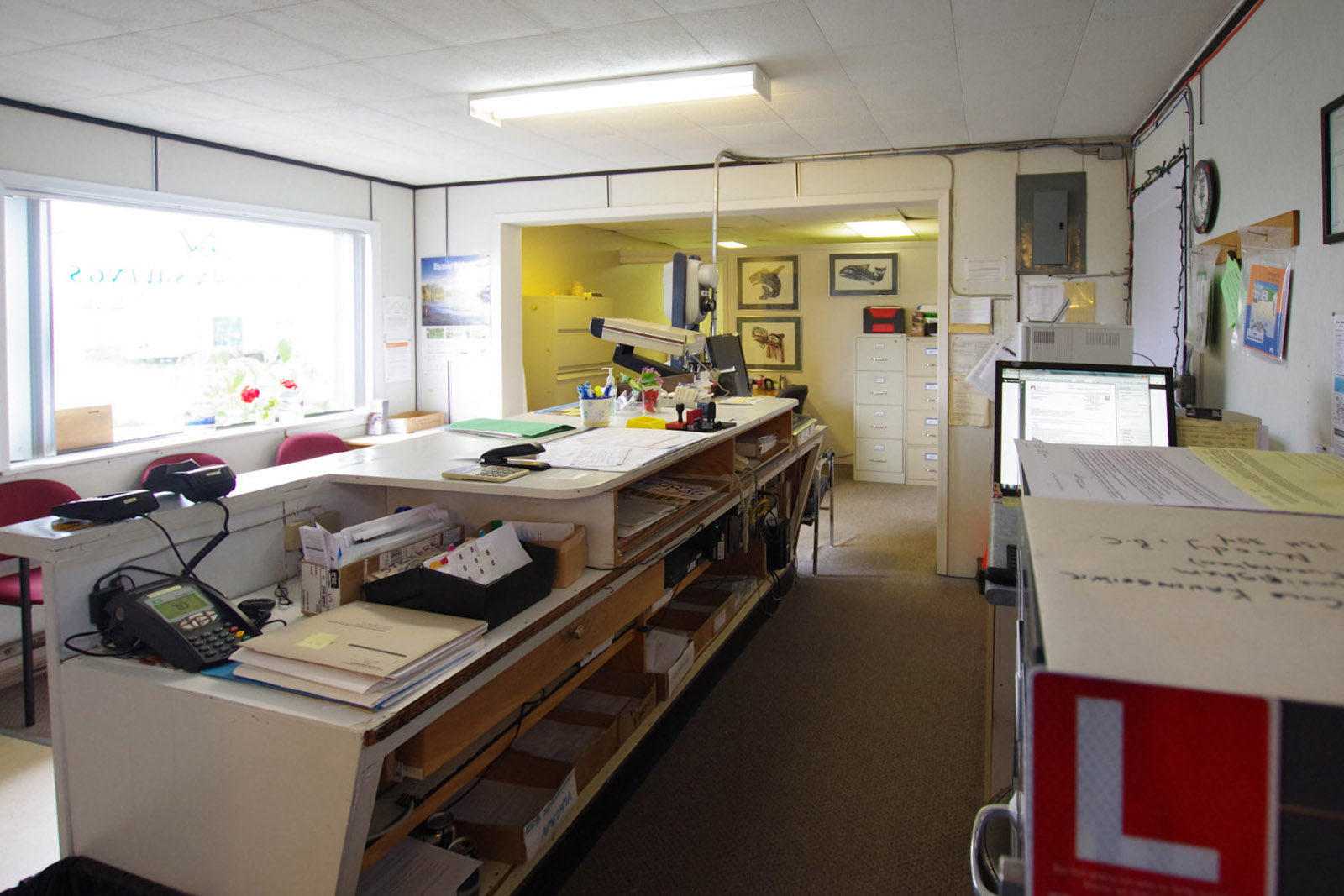 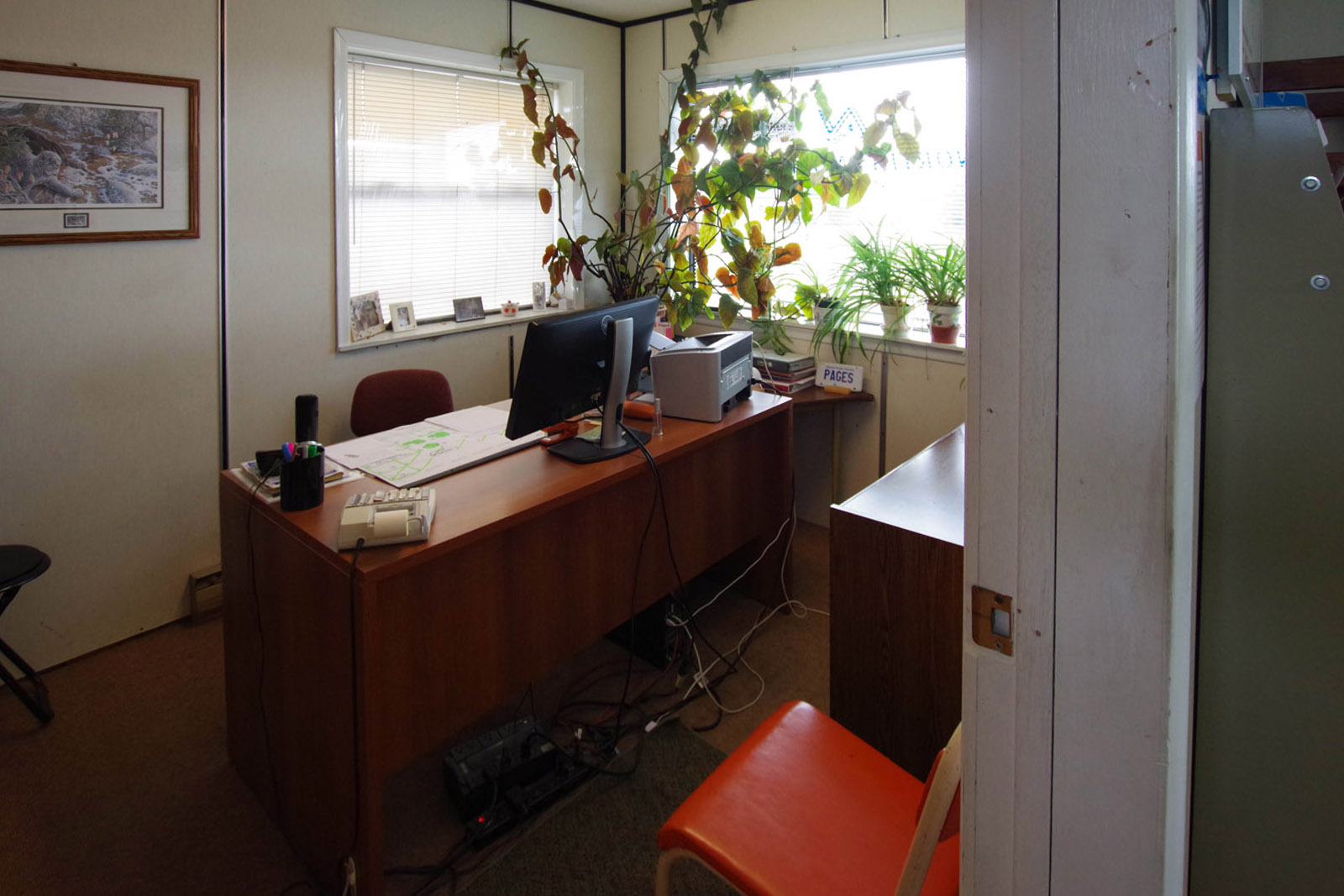 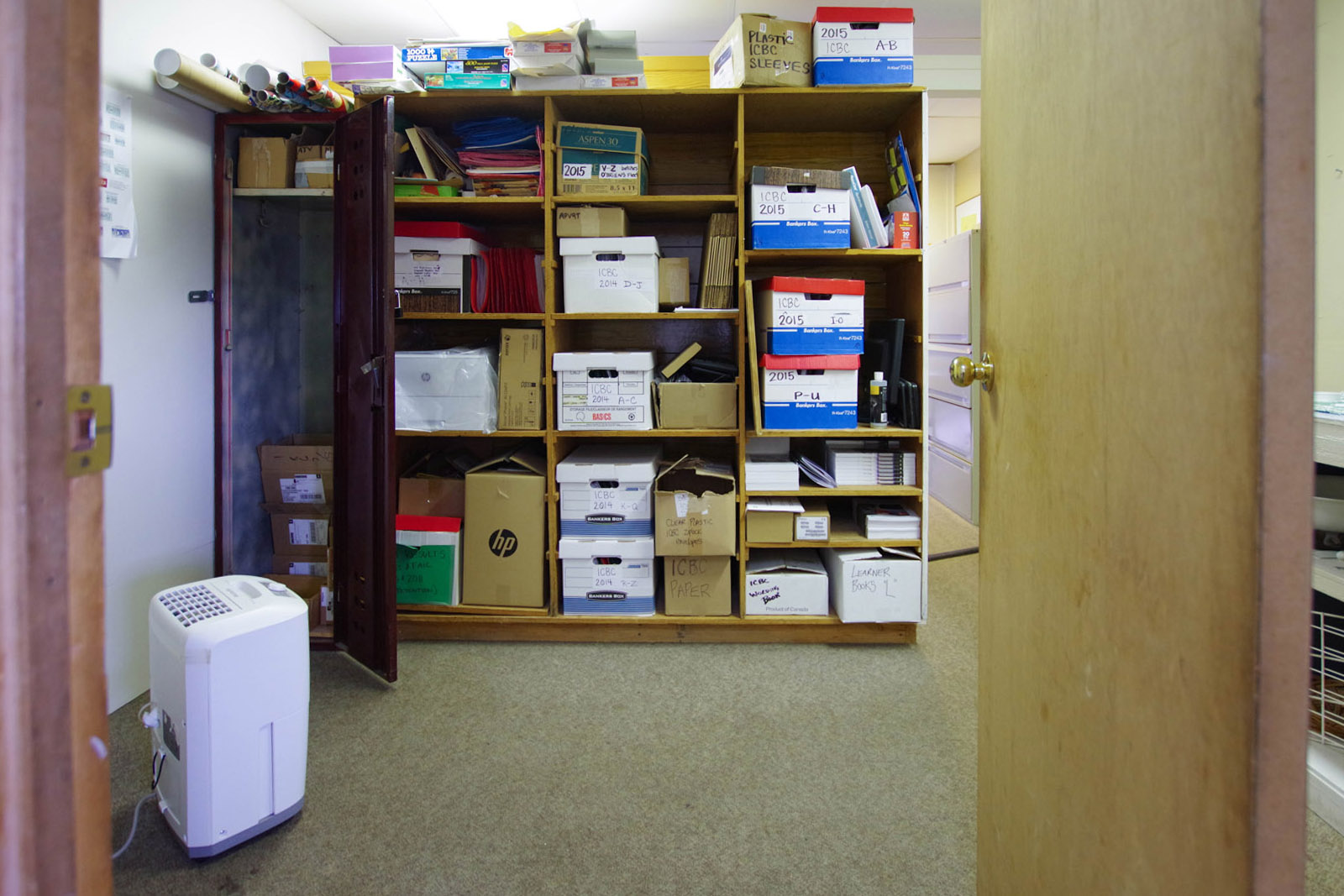 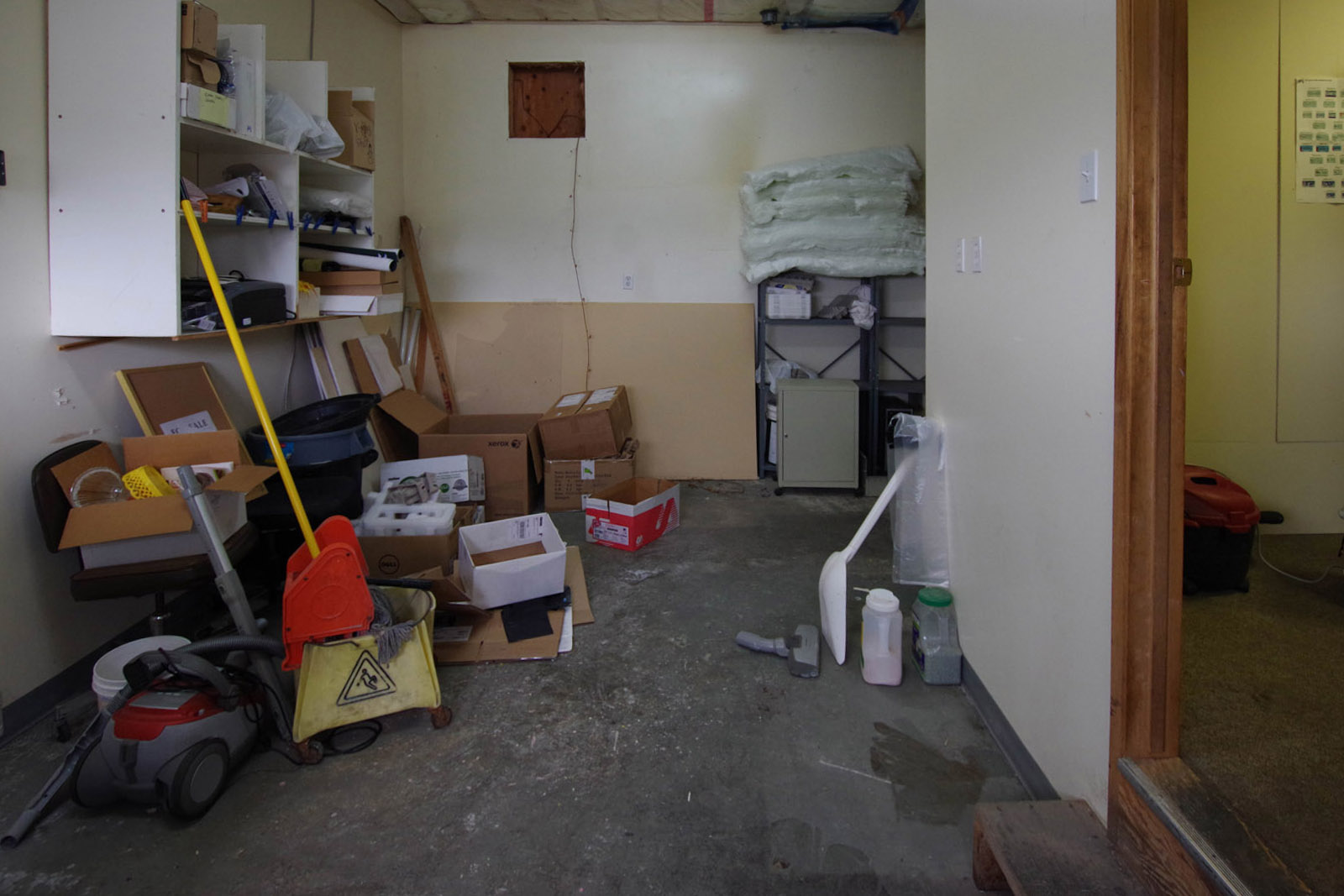 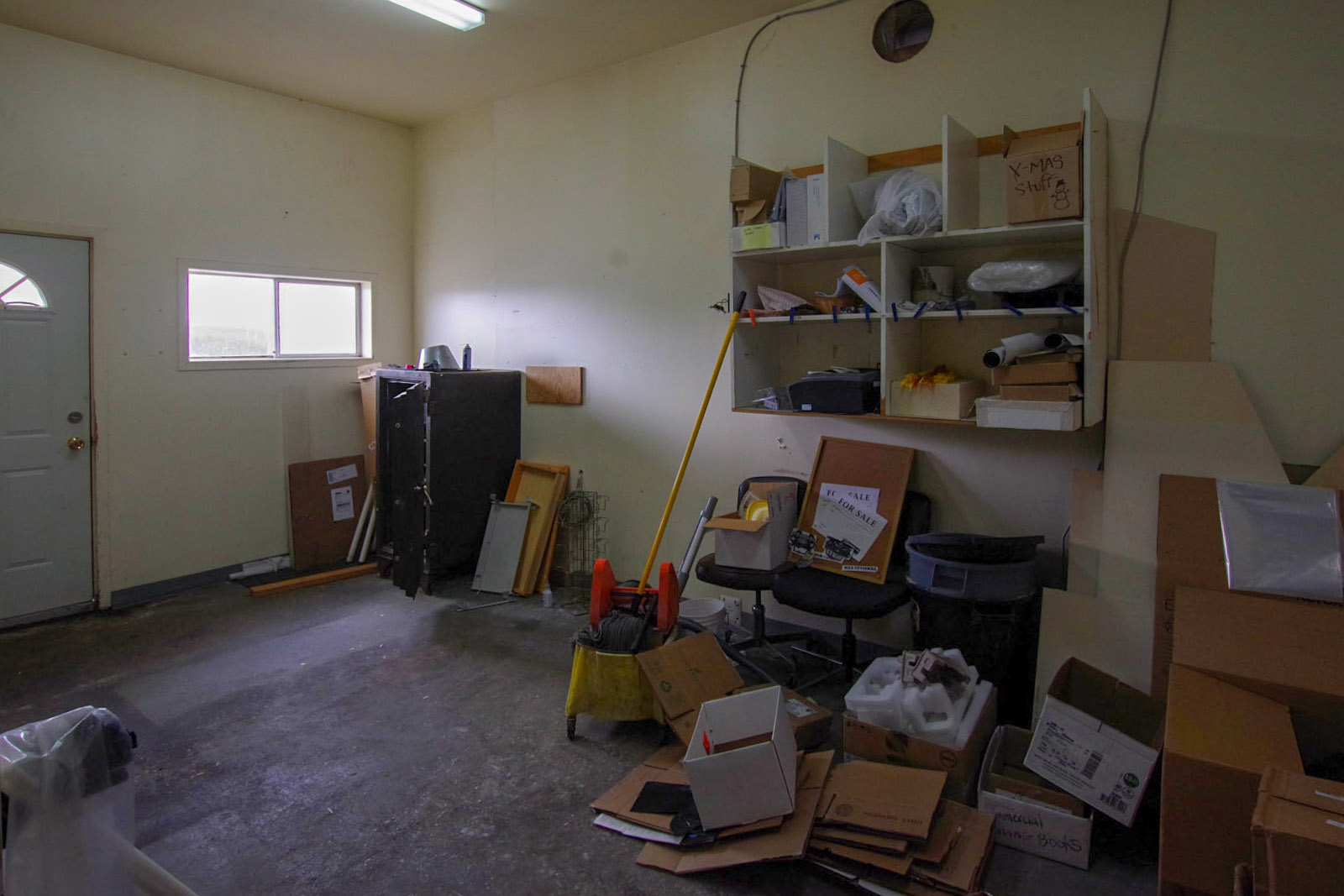 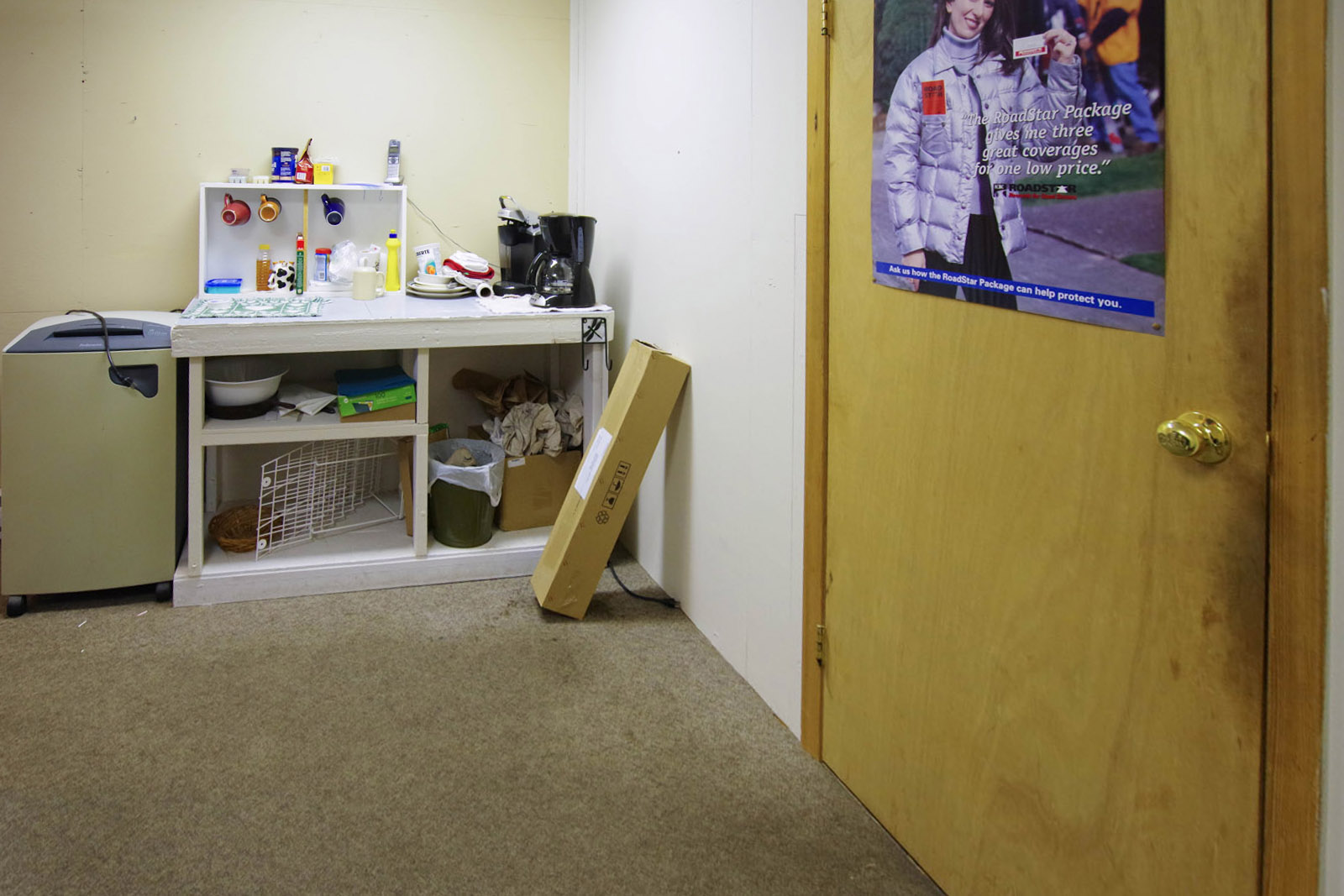 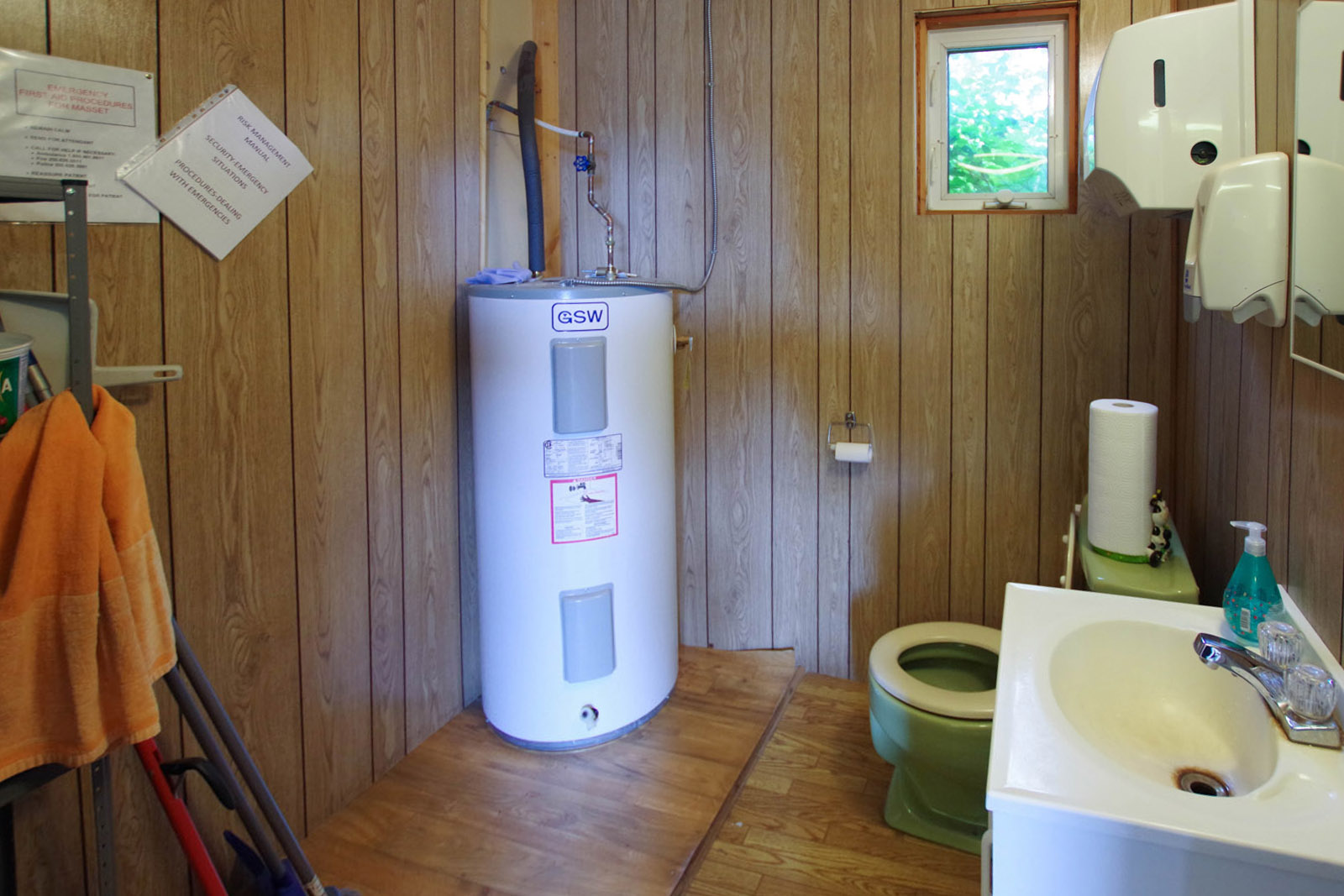 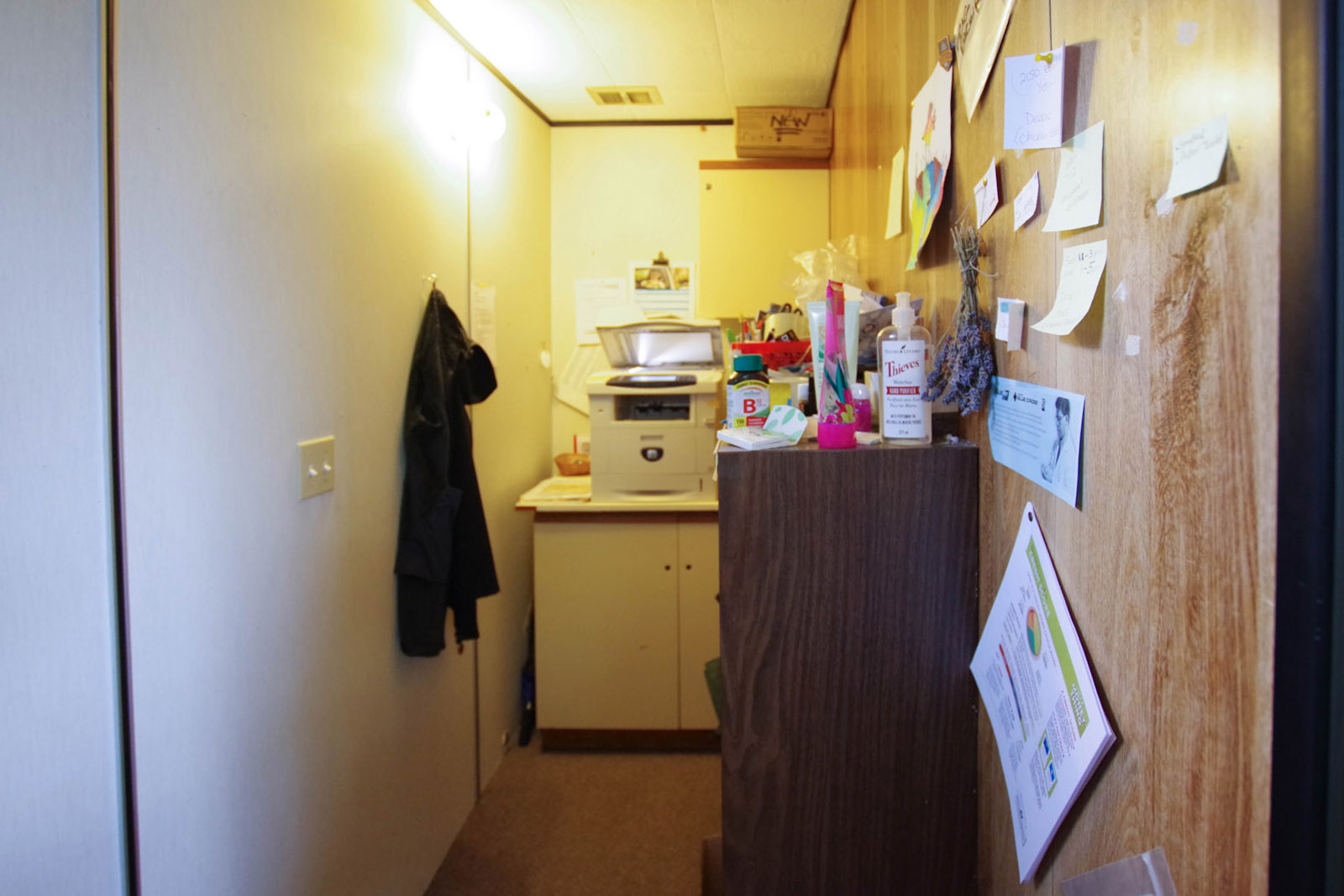 The property is vacant and had been fully leased for over 20 years at $10,800/year triple net. Leased area is 997 ft² with 385 ft² as office space and the remainder is storage with a 10 ft ceiling.

Pacific Coastal Airlines offers daily flights from the Vancouver South Terminal at a reasonable rate when booked in advance - www.pacificcoastal.com.

Rental cars are available from National Car Rental in Masset. They provide pick-up service from the airport to their place of business in Masset. Phone: (250) 626-7576.

From Skidegate, Masset is located 100 kilometres north on BC Highway 16.

Shuttle service is provided from the airport through car rental companies and other operators.

From the airport or driving in from the south, turn north east onto Hodges Avenue and cross the estuary to the right with the inlet to the left. Take the first left at Delkatla Street to arrive at the properties.

The crossing from Prince Rupert to Haida Gwaii is a fascinating travel opportunity. Sometimes referred to as the "Canadian Galapagos," Haida Gwaii provides habitat for many different species of wildlife. These islands are the ancestral home of the Haida Nation and feature many unique cultural attractions.

This area provides interest to everyone from history, archeology, fishing, boating, hiking, biking and so much more. The four main towns and numerous communities on the island each have something unique to offer. The island pace is laid back and relaxed. Explore and enjoy at your leisure.

Masset on Masset Inlet is the largest community in the Haida Gwaii. Located at the end of Highway 16, amenities include full tourist services, restaurants, shopping, accommodations and a year-round RV park. Boat launching and moorage facilities are available along with Canada’s most northwesterly 18-hole golf course - Dixon Entrance Golf and Country Club.

In 2013 ground was broken to build a new hospital in Masset that serves the entire region. The $50 million dollar project was completed in 2016, providing emergency, acute care, maternity, diagnostic imaging, laboratory services and a pharmacy.

Vegetation is diverse; including beach grass and kelp beds on the shores. Peat bogs on the coastal lowlands and dense mature forests cover most of the land on Haida Gwaii.

Haida Gwaii is world renowned for fishing, both fresh and saltwater. There are freshwater streams in abundance as well as the ocean itself, to lure adventurous fishers to this unique location. From May through August millions of fish pass by the Haida Gwaii as they head back to the spawning grounds. All five species of salmon can be found in these waters at this time: Chinook (kings, springs, and tyee), chum (dogs), sockeye (reds), coho (silvers) and pinks (humpies). Starting in mid-May the fish appear on the northern Graham Island coast and follow the herring and needlefish down the coastline. This first run of fish are heading back to the Nass and Skeena Rivers on the mainland and can average 25-35 lbs., although they can reach 60-70 lbs. Coho will show up in early July and by late August can weigh over 20 lbs. Steelhead are the winter fishery on the islands, with the first run showing up in October and running through to March. Peak months are December and January. Spring halibut can weigh over 40 pounds. The Tlell River is famous for its coho salmon and steelhead trout.

Hiking, biking and walking on the beaches or numerous trails provides enjoyment for the outdoor enthusiasts. One of Masset’s attractions is the world famous Delkatla Wildlife Sanctuary. This sanctuary is on the southern route for migratory birds. At least 140 species have been seen at different times. The once endangered trumpeter swan winters here and sandhill cranes spend the summer here. The Sanctuary is becoming internationally recognized for its importance as a nesting, feeding and wintering area.

Naikoon Provincial Park, one of the two provincial parks on Haida Gwaii, consists of 72,660 ha (179,493 acres) low bog land and superb sand dunes, with forests occurring only along river valleys and hills. Naikoon reaches out into Hecate Strait and culminates in Rose Spit, an ecological reserve and excellent spot for watching birds migrating south. Naikoon Park is known for its beautiful scenery, excellent hiking trails and wilderness campsites.

Haida Gwaii is well known for its abundant wildlife, especially hundreds of small deer. Seeing fifty to sixty in a day is not uncommon. The venison is superb and known throughout British Columbia as some of the most prized in the province and there are Roosevelt elk on the islands. Haida Gwaii offers some of the world’s best ocean fishing for salmon and halibut, great steelhead rivers, trout fishing in lakes and rivers. Haida Gwaii is a legend among sports fisherman worldwide with its first class lodges like Queen Charlotte Lodge. Outdoor recreation activities include sea kayaking, some of the best razor clam beaches, beachcombing, photography, camping, numerous hiking trails, boating, crabbing, shell fishing and so much more.

Haida Gwaii (formerly The Queen Charlotte Islands) were the first place in British Columbia discovered and recorded by European Juan Perez in July 1774. In 1787 British explorer Captain George Dixon named the islands Queen Charlotte for his ship and his Queen some 13 years after Spanish explorer Juan Perez sailed here. The appeal of Haida Gwaii lies in their mystique, which comes in part from their isolated, storm-swept landscape. It also comes from the Haida culture. They have been referred to as the Vikings of the Northwest Pacific for their seafaring prowess.

The Haida have been strong to survive even the holocaust of smallpox that followed the arrival of the first Europeans in the late 1700s. At that time the Haida population was an estimated 7,000 distributed throughout the islands. By 1915 the Haida population had dropped to less than 600. Today there are two Haida Gwaii communities, Old Masset and Skidegate. The Haida people make up just 30 percent of the island’s total population, yet their influence is significant. They participate heavily in the island’s major industries, logging, fishing and tourism also play an increasing important role. Many Haida artists are barely able to keep up with the demand for their work.

Leased until July 31, 2019. Office space scarce in Masset room on land to expand. 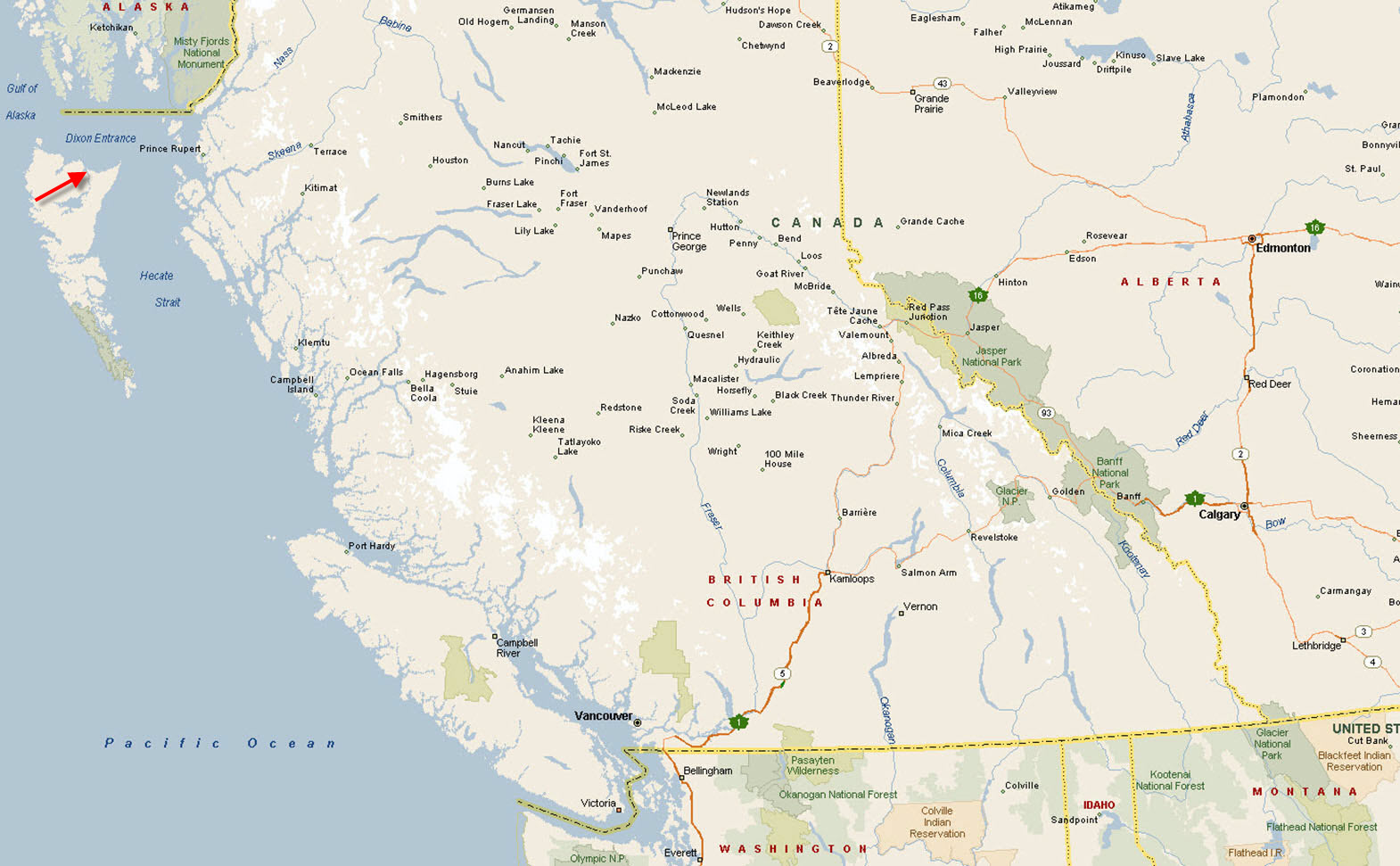 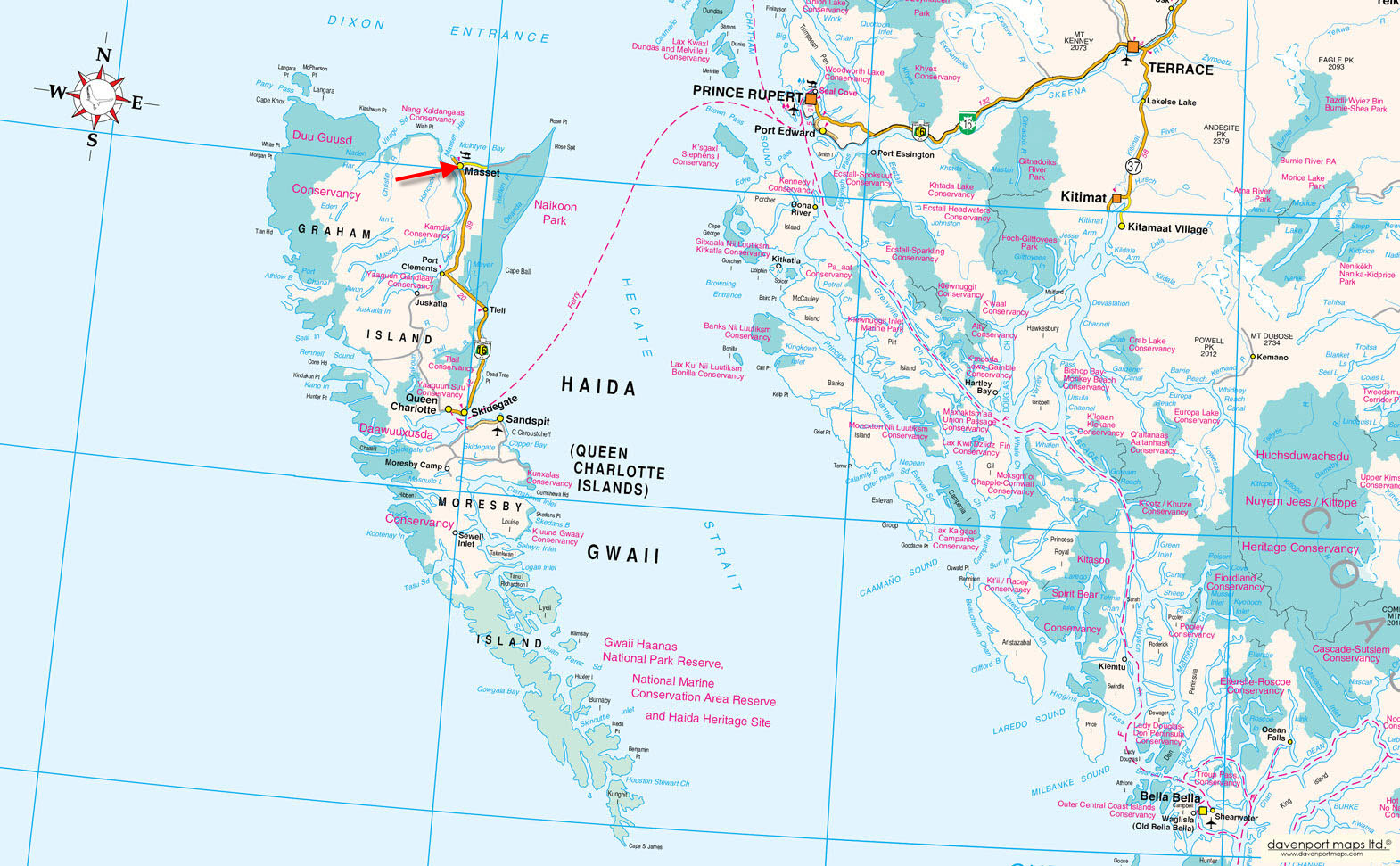 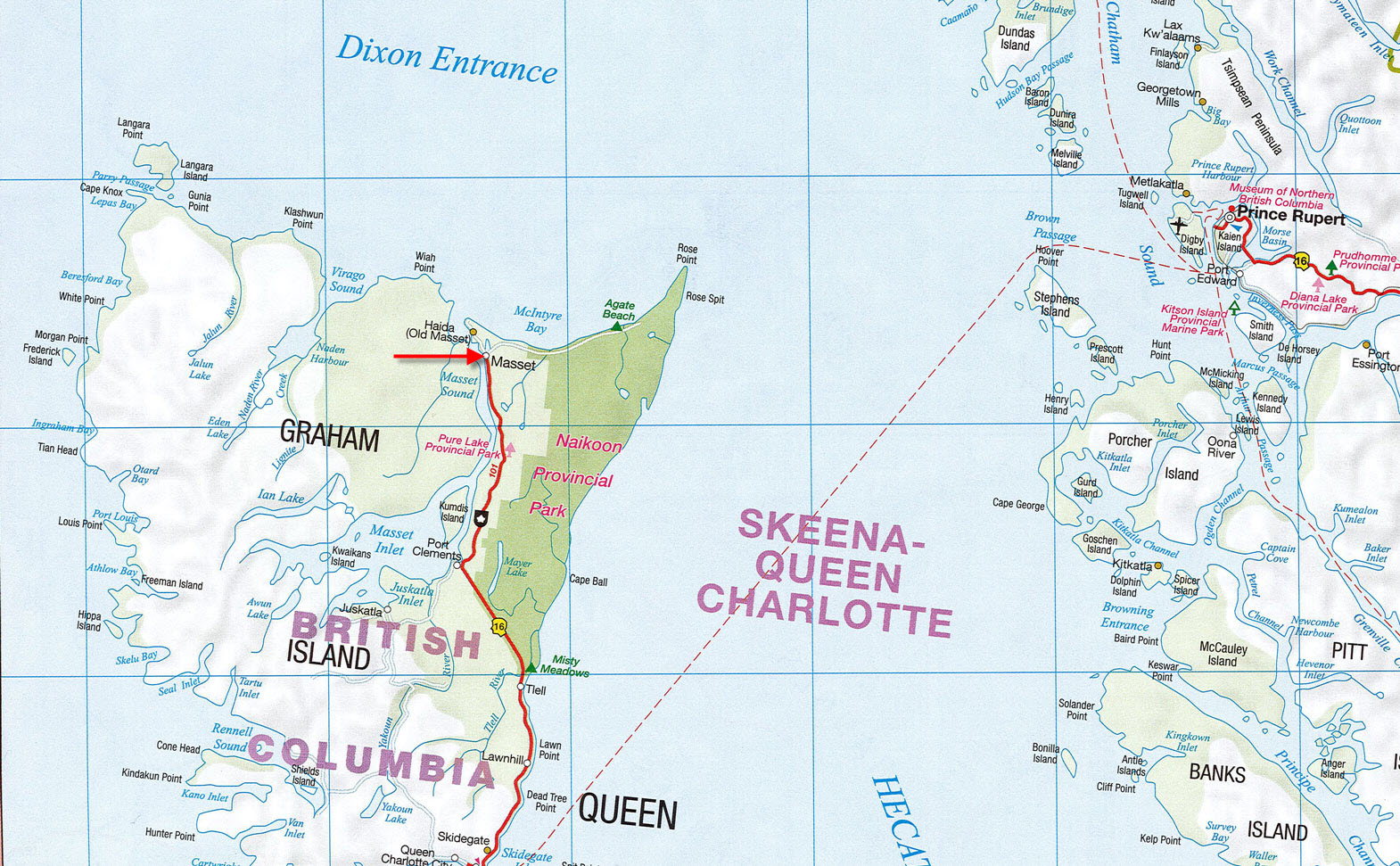 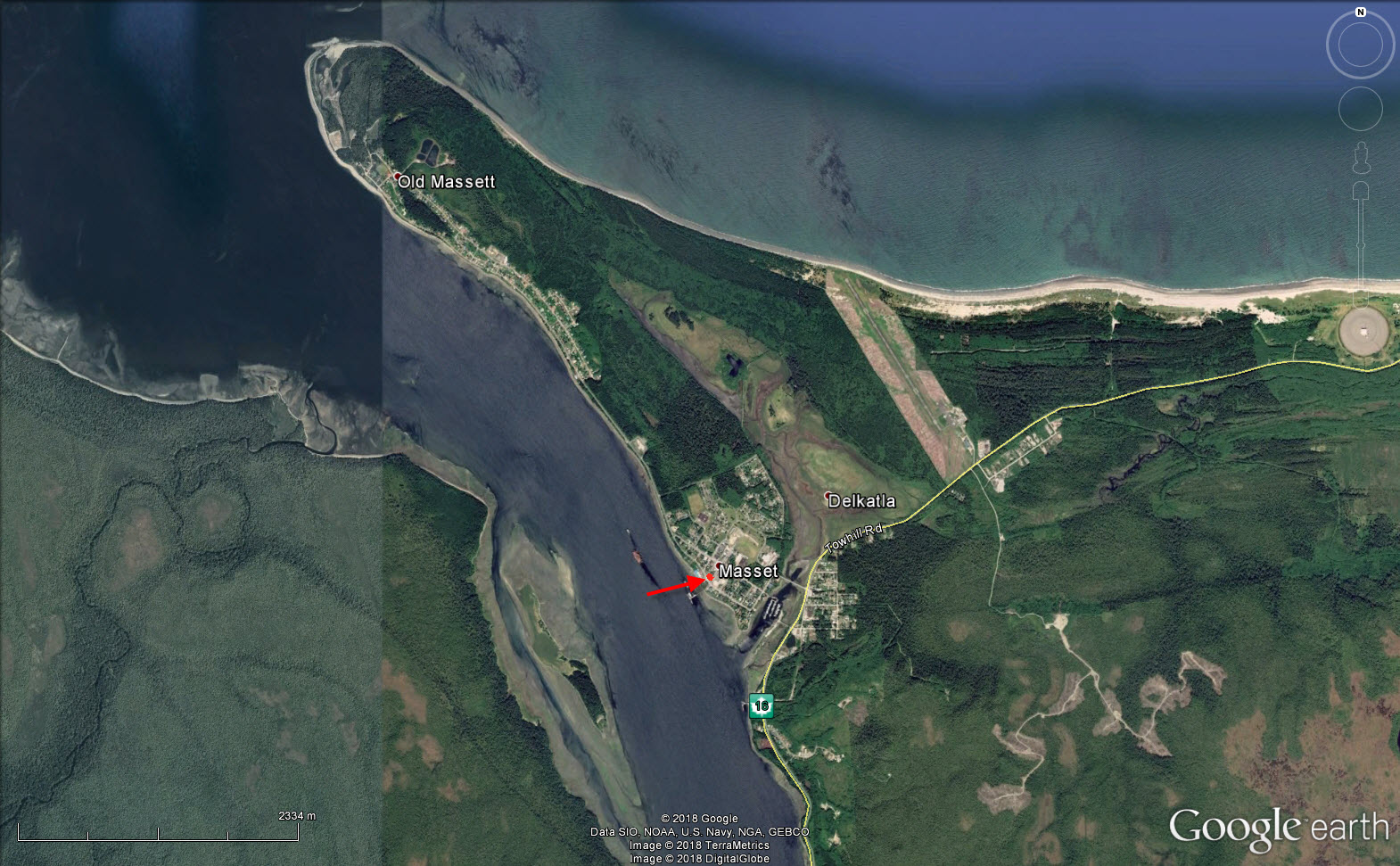 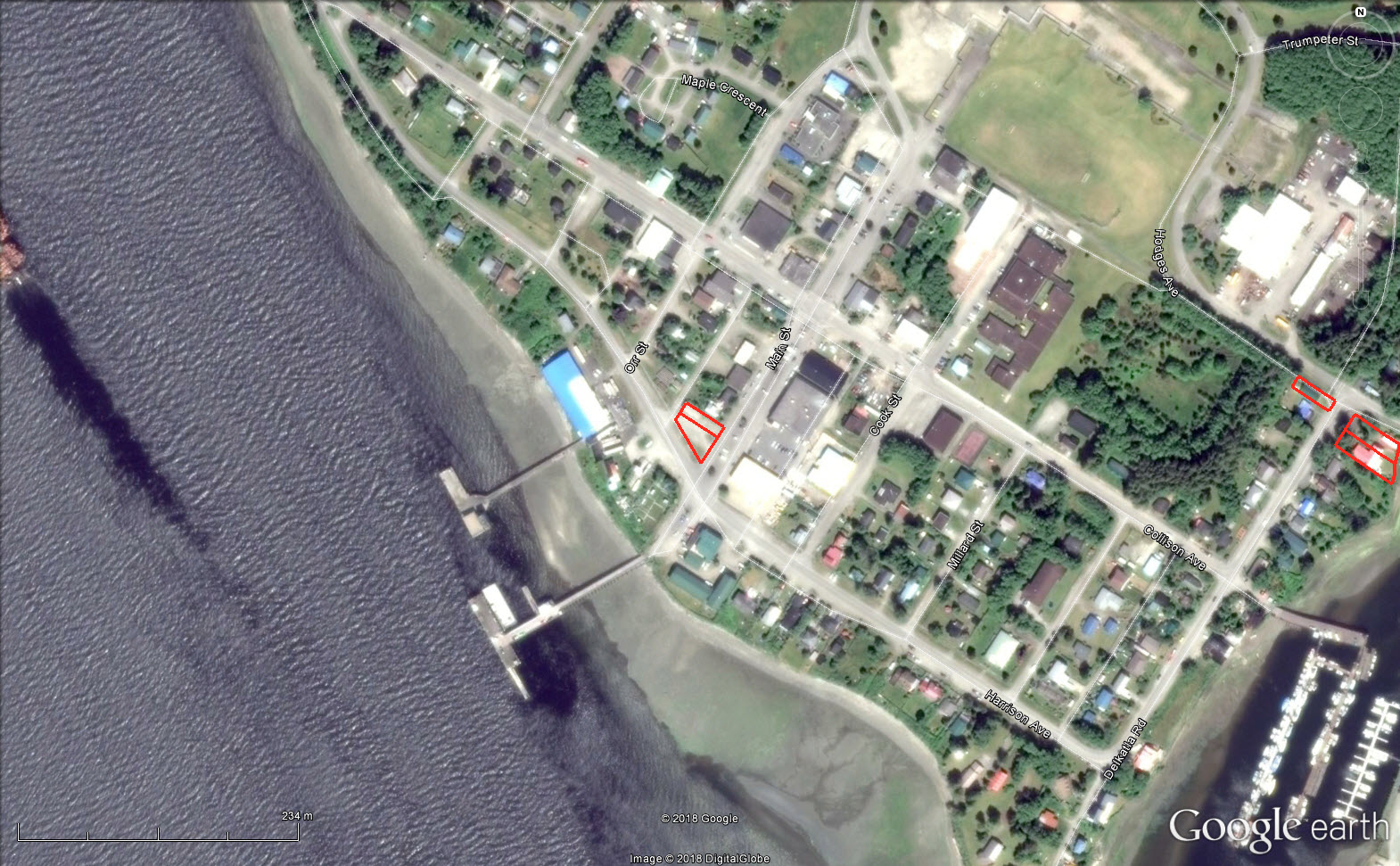 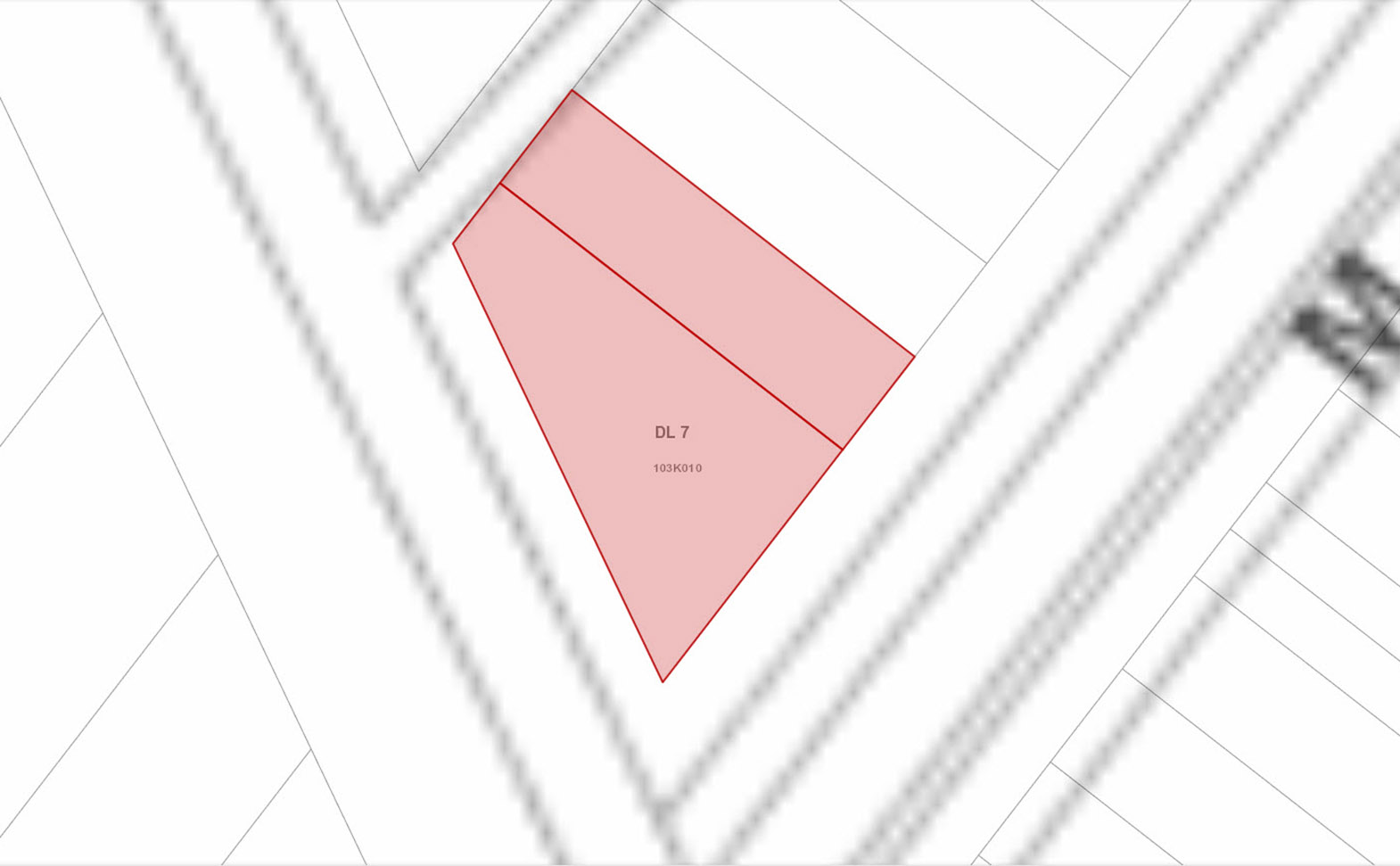